Places to Visit in India: Rajasthan

Rajasthan is a place that seems suspended in time, dotted with old forts and palaces and where monkeys and camels still dominate the streets. It fascinates the senses: the colorful saris, the twangy sounds of the sitar, and the exotic scents of spices. Rajasthan means the land of kings so of course lots of palaces and forts everywhere. There is no dearth of tourist attractions in Rajasthan, which can engage you delightfully. Magnificent monuments, wildlife reserves & national parks, splendid havelis (mansions), beautiful temples, traditional villages, desert landscapes and sand dunes are attractions that appeal tourists from all over the world to embark on Rajasthan tour. The best way to explore best charm of Rajasthan is exploring its cities where you can see many magnificent monuments featuring forts, palaces, temples and museums.

The town of Bikaner is most notable for the nearby Karni Mata Rat Temple, the strangest sight I had come across in my journey thus far. Thousands of rats occupy the temple and worshipers come there to feed them. You're told to watch out as not to step on any of the holy rats, and it is considered good luck if one crosses over your feet. You are required to remove your shoes upon entering temples, so this is not a sight for the squeamish. Bikaner also has some fine attractions, most notably the glorious Junagarh Fort, that warrant more than just a fleeting visit. Bikaner's Junagarh Fort is one of Rajasthan's most remarkable fort complexes, with almost 40 bastions punctuating its ramparts. The complex is made up of a number of palaces that include the Badal Mahal (Palace of Clouds) and Phool Mahal (Palace of Flowers). Also worth a look in Bikaner is the red-sandstone Lalgarh Palace, which has a museum containing some truly intriguing pieces of royal paraphernalia, such as a former maharaja's roller skates! 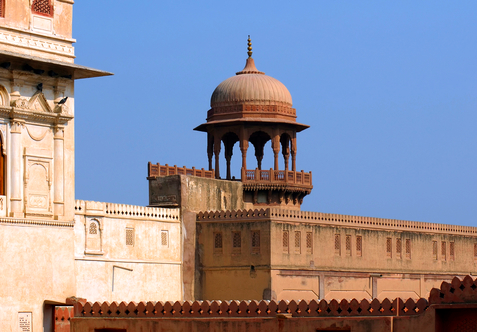 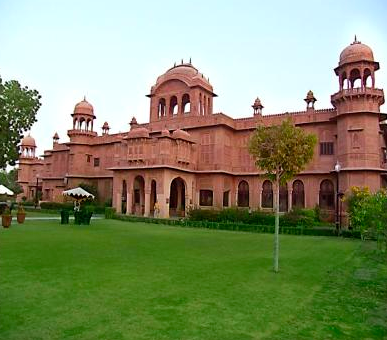 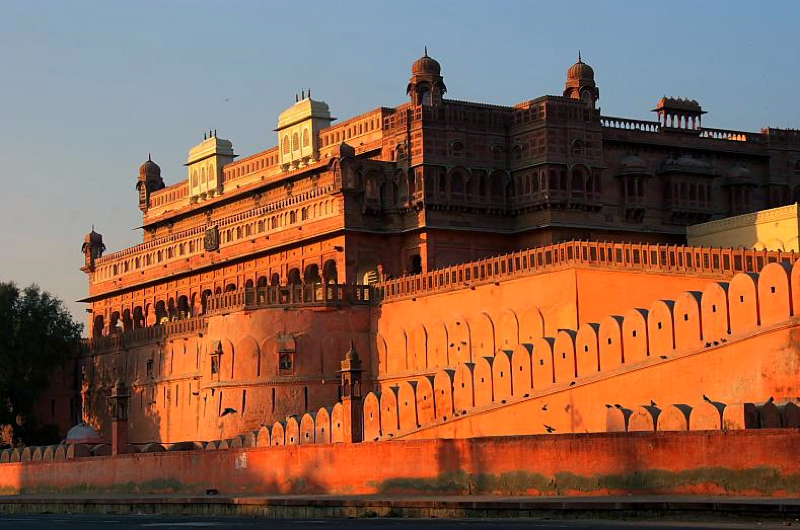 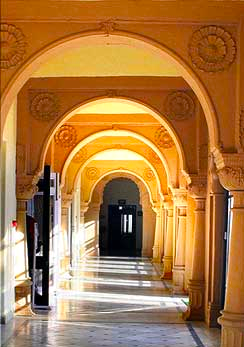 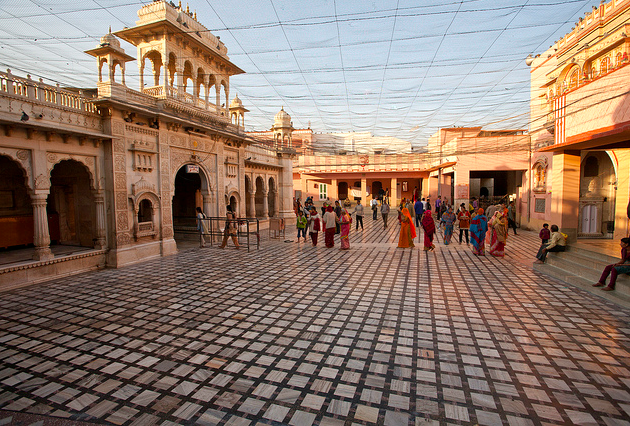 Next was the beautifully romantic city of Jaisalmer. Rising out of a vast, barren desert, Jaisalmer—the "Golden City"—is sheer magic. Dominated by an enormous old fort that is home to most of the population, Jaisalmer looks as if it has come out of an old Arabian movie. A camel ride through the windswept Thar Desert has become a must-do on most people's travel itineraries. 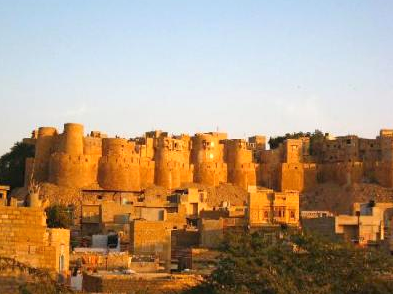 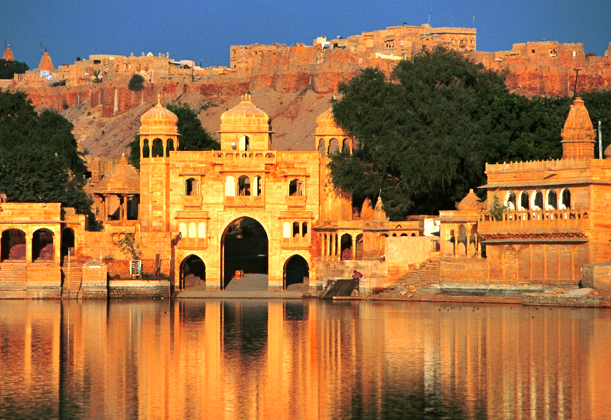 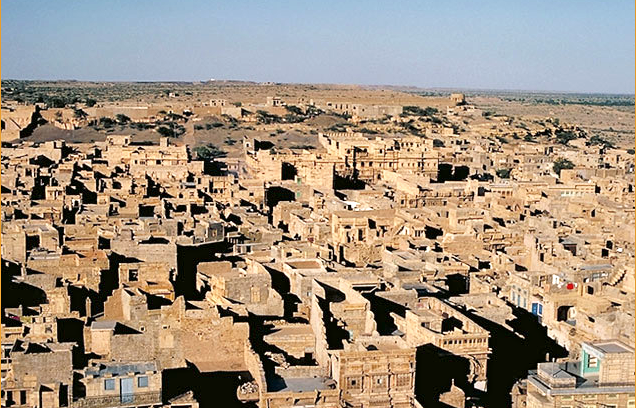 Jodhpur was our favourite town, it was quiet (for India), friendly people and everywhere you went there seemed to be a good view. All the city walls of the old town are painted blue which gave the place a nice feel. We stayed at a great guesthouse with really friendly helpful owners. The old town of Jodhpur is centered around the massive Mehrangarh Fort built overlooking the city. This is one of the better-preserved forts in Rajasthan that gives you a glimpse of the ultimate luxury enjoyed by the various ruling emperors throughout this cities history. The view from the top of the fort is outstanding and you quickly realize why Jodhpur is known as the Blue City. Outside the fort, we discovered some great shopping at the local markets and a nice rooftop restaurant in the shadows of the Mehrangarh 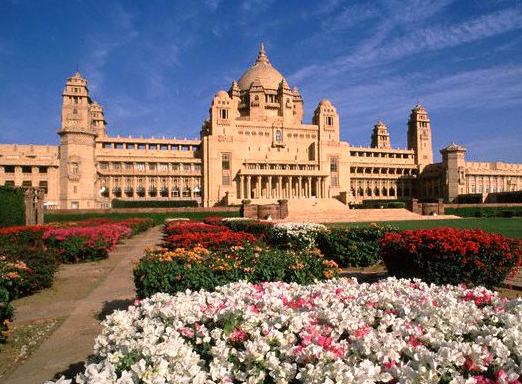 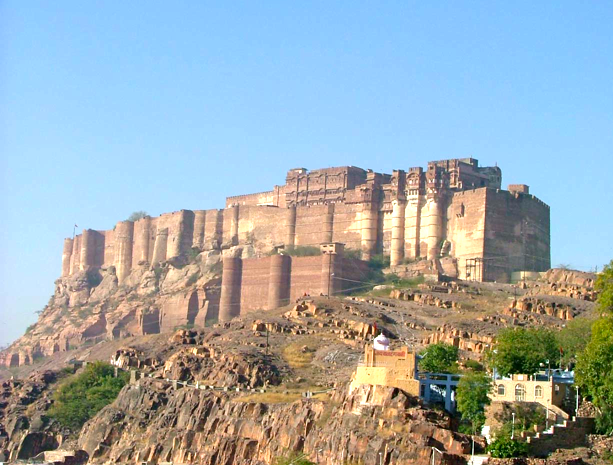 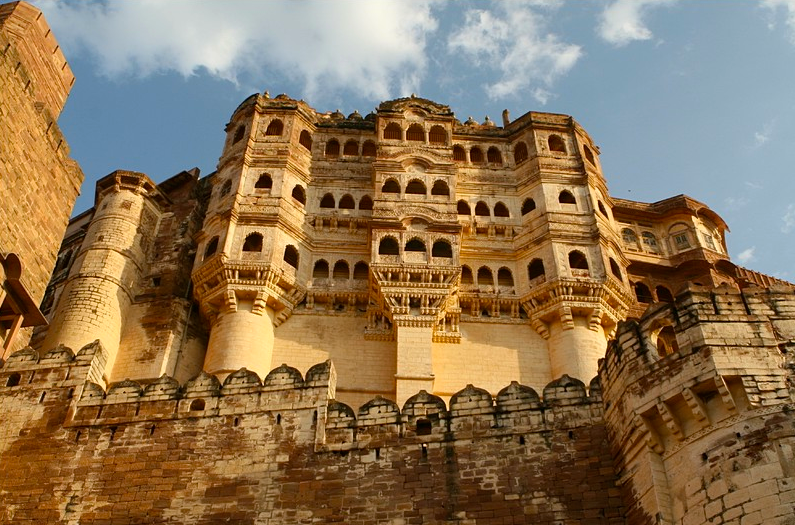 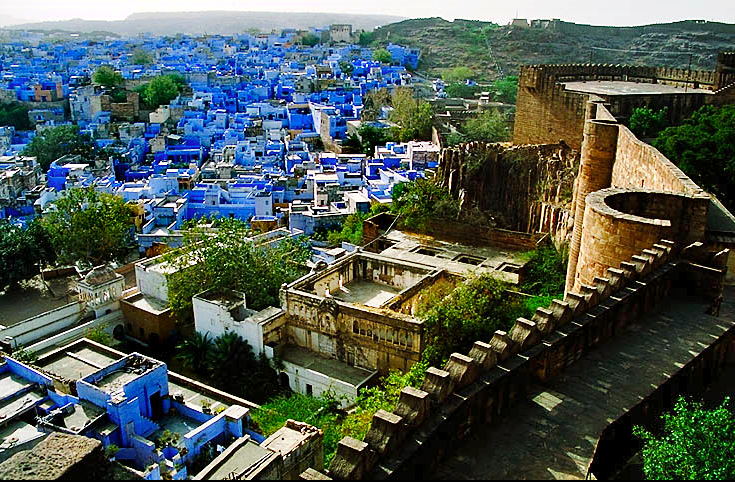 From Jodhpur we traveled to Udaipur, home to the famous Lake Palace, known for its role in the James Bond movie Octopussy. With its rolling hills and whimsical palaces, including one in the middle of a lake, Udaipur looks like it has been lifted straight from the pages of a fairy tale. Take a short boat ride from the jetty (often referred to as Bansi Ghat) at the City Palace to nearby Jag Mandir Island, which has the crumbling remains of a small (abandoned) 17th-century palace. Jag Mandir has some stunning carvings, including a row of huge elephants and a finely crafted cenotaph. The dreamy Lake Palace Hotel, poetically placed in the middle of Lake Pichola, was once the exclusive summer residence of Udaipur's royal family. Today it is a sought-after five-star hotel. Built in 1754 by Maharana Jagat Singh II, this snow-white palace is replete with lotus-pond-strewn courtyards, stylish restaurants, a pool, and luxurious guest rooms. 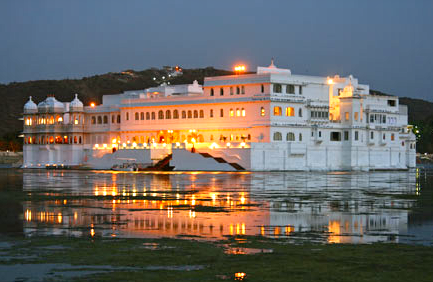 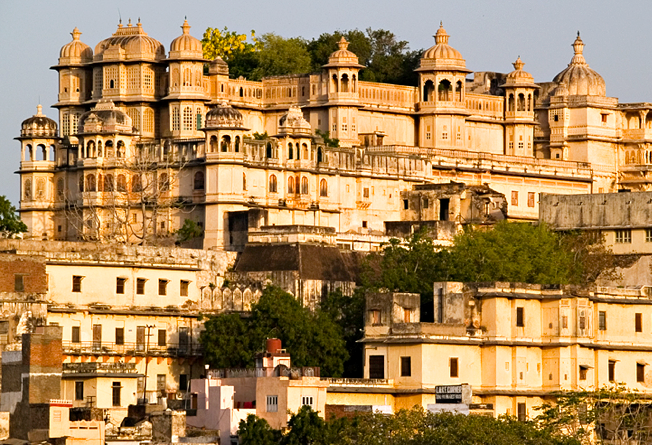 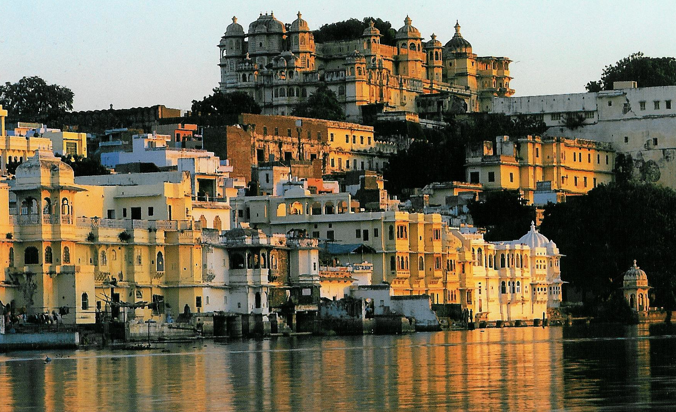 Our final destination was Jaipur, the capital of Rajasthan with all the comforts of a modern-day city that I was craving by now. It has been dubbed the "Pink City" thanks to its sea of pinkish-colored buildings, predominately found in the old city. In Jaipur we visited the Amber Fort, the Hawa Mahal, the City Palace and the Jantar Mantar. 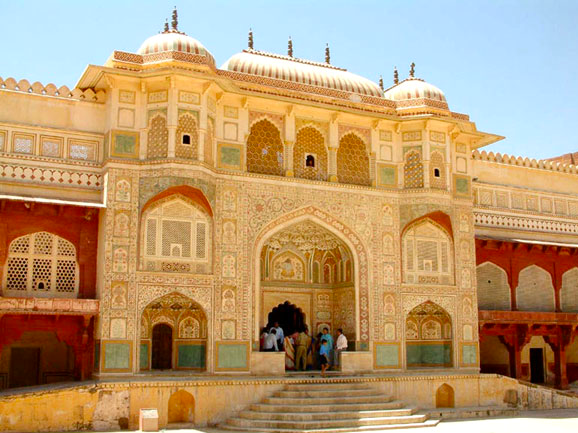 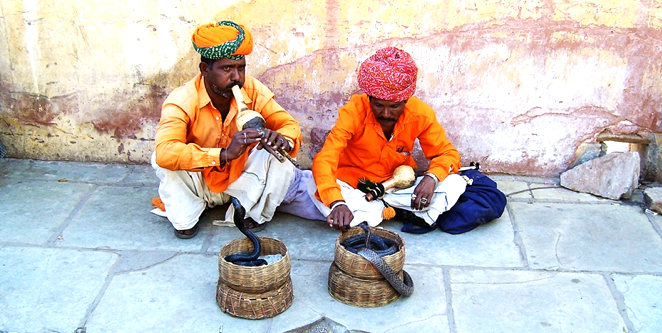 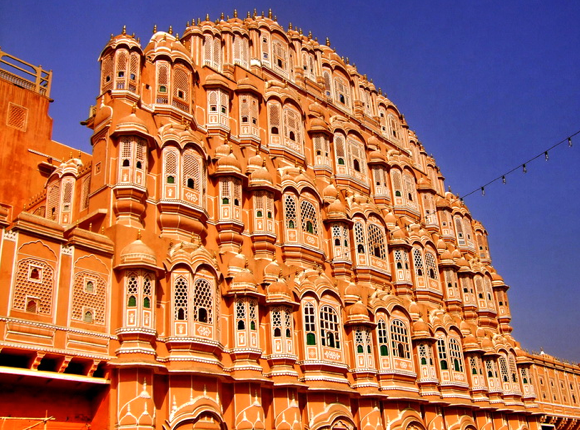 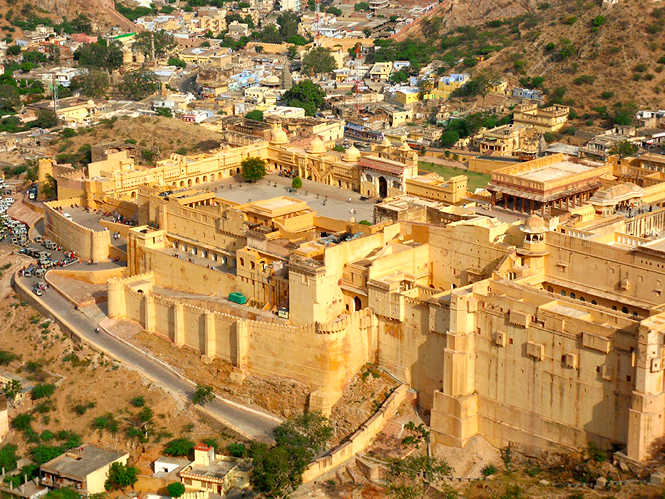 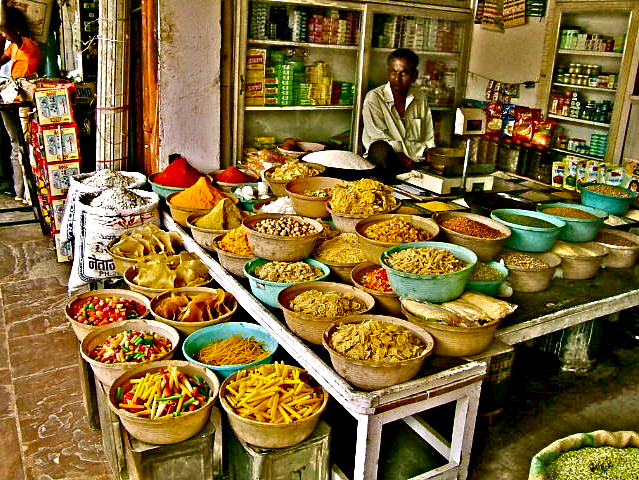 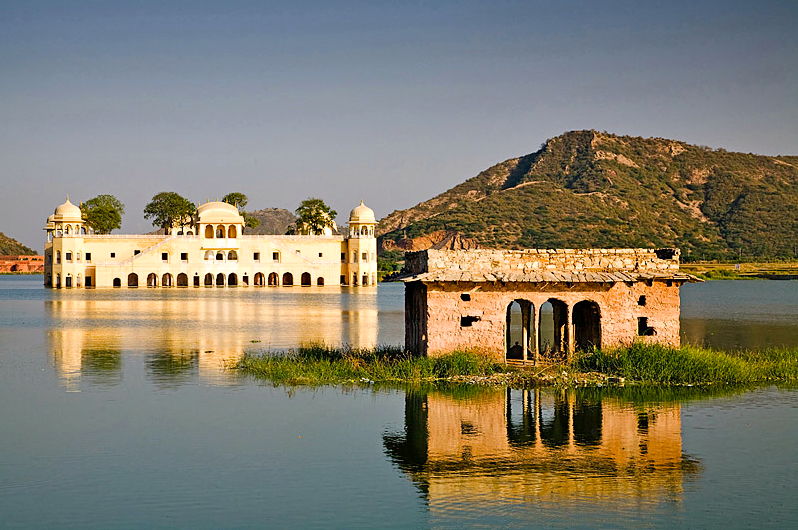 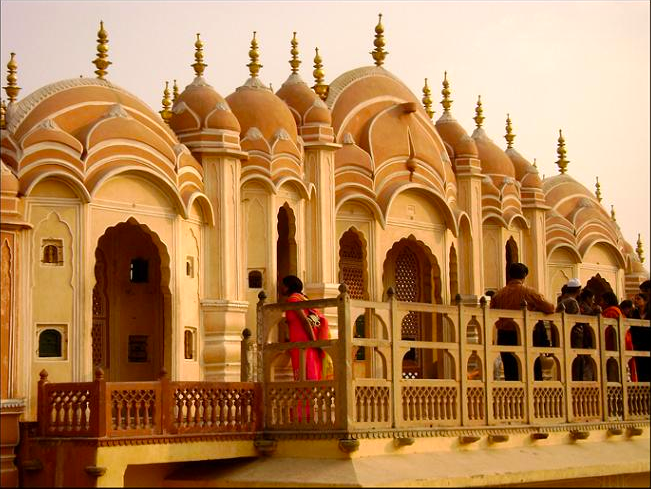