The only woman to run the Golden Quadrilateral, 47-year old Michelle Kakade, is a star!

A resident of Pune, Michelle Kakade set out for what could have been the most difficult journey for her, on October 21, 2015. This included her running for 5,970 kilometres and covering the Golden Quadrilateral. She had planned to cover this distance in 167 stages, and to be the first person to cover that route in the fastest time, thereby have her name recorded in the Guinness Book of World Records.

Michelle reached the Gateway of India on Sunday, the place where she had strated her run, 194 days ago. A huge crowd of Mumbai’s running enthusiasts joined Michelle and cheered for her as she completed the last leg of her run from the Siddhivinayaka Temple. 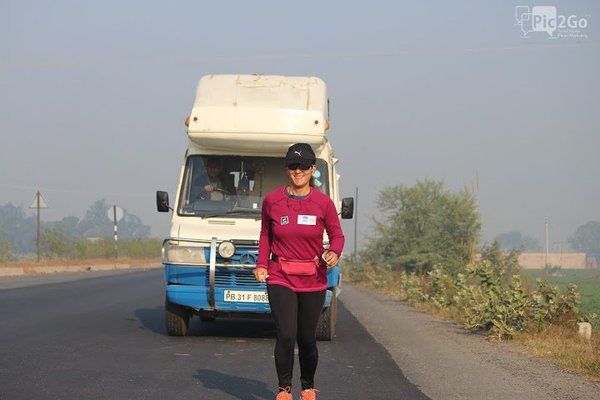 The Golden Quadrilateral is the national highway network connecting Mumbai, Bangalore, Delhi, Kolkata and Chennai, and to finish her run, Michelle used to run 35 kms everyday. She took only 27 rest days in between, which makes this equivalent to running 142 full marathons.

“It was an incredible journey which I took to prove that women are capable of doing anything. This run is dedicated to the millions of women in our country who are battling every day for survival purely on the basis of their gender,” she told The Times of India.

She was provided full guidance and motivation by her trainer Raj Vadgama, and Dr. Mohsin Khan, her sports physiotherapist from Heal Institute. She used to start her run at around 3.30AM each day and end at around 8.30AM, which gave her enough time to relax and recover too. Michelle started running after participating in a walkathon in Pune in the year 2004. She was inspired by the way people motivate each other in marathons, and to break the monotony of daily life, she took up this task because she wanted to do something physically challenging. She is a mother of two, and her spirit of not giving up is what makes her a hero today. 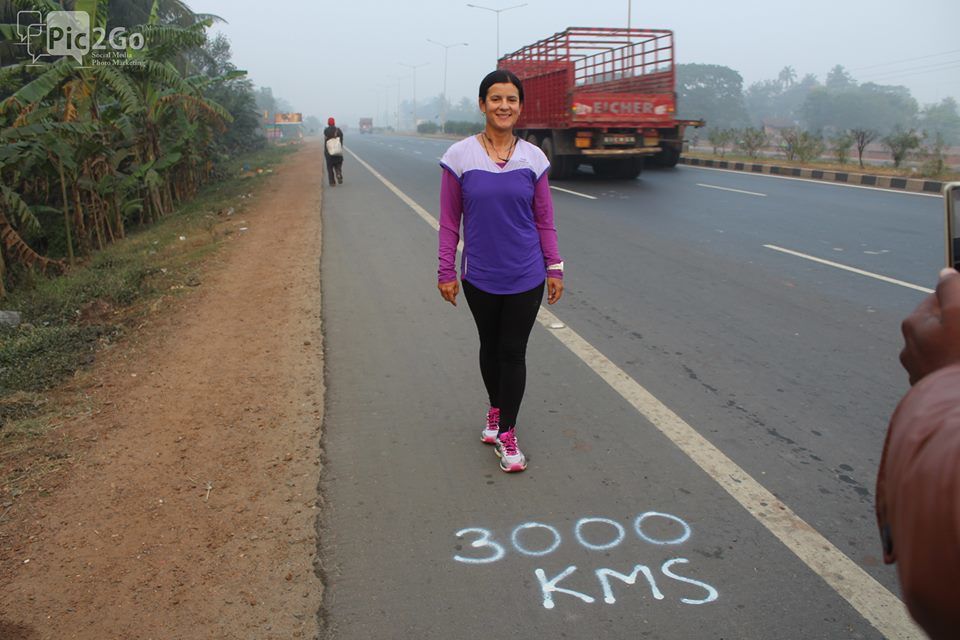 “This is for all women over 40 years of age who think that their life is finished after their children cross 20. I want to send a message to them that they need to create their own identity, pursue their interests and ultimately, motivate themselves to do things that people tell you you can’t,” she told DNA.

Michelle is also the only woman to have successfully run 256 km in the Sahara desert and the only Indian to get a membership of the Four Desert Club, having run for 250 km across Atacama Crossing (Chile), Gobi March (China), Sahara (Egypt) and the last desert in Antarctica.