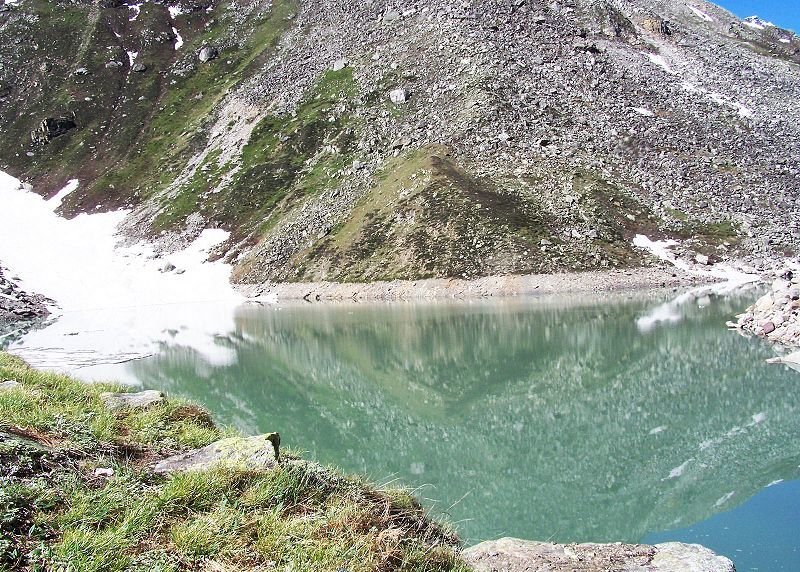 The Satopanth Lake is a mythical glacial lake lying at an altitude of about 15000 ft ASL and hidden among the snow shrouded peaks of the Garhwal Himalayas. The trek route too encompasses the features of high altitude trek, walking on boulders, moraines and glaciers and ridges with the captivating views of the Himalayan ranges.

The road to triangular shaped lake is believed to the road to the truth or “Satya ka pantha". The five Pandavas along with Draupadi from the epic Mahabharata was said to take this trail while on their last journey towards the heaven. Legends still lives on and the Satopanth Lake is considered sacred among the people of Mana village, also the base camp of the trek. It is also believed that the holy trinity of Hindu gods – Brahma, Vishnu and Shiva meditated at the three corners of the lake. Even to this day, many people make a visit to the lake for pilgrimage.

The Satopanth lake Trek is full of adventure and is for experienced trekkers. The trek route is a bit hazardous but the scenery is extremely rewarding. Infact, the place of rest in between the trek are mostly the caves on the path.

Mana, the last village on the Indian border is the base camp for the trek. You have to reach Mana early in the morning from Badrinath and after checking your permits, start your trek towards the Vasundhara Falls. After a trek of 2 to 3 hours from Mana, you will hear the sounds of plunging water and soon the Vasundhara Falls will come to sight. After you leave the falls behind, you will trek through dense forests of birch. After about 4 km of moraine walk, you will come across the Laxmiban campsite. 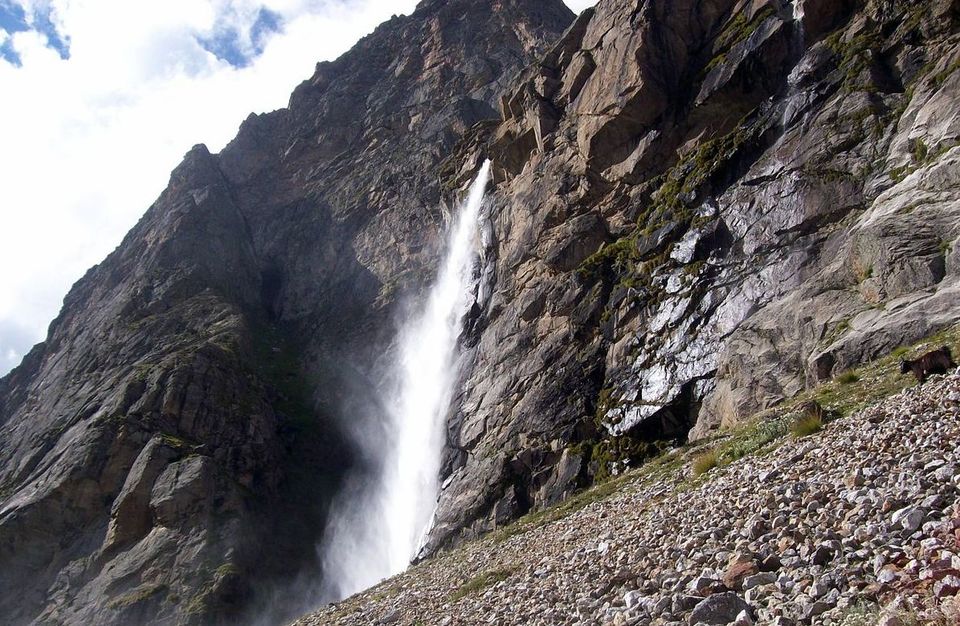 This day, the total trekking distance is short. You will enter the Satopanth valley and on the whole route, you will be rewarded with scenic beauty. The trail passes through the vast moraine of Dhano glacier. You will also see some very beautiful alpine flowers in this section. After climbing up the steep ridge of Sahashradhara, you will soon reach the camping grounds of Chakratirtha. This day, you will get the first glimpse of the Bhagirathi peaks and from your campsite, you will get a view of Mt. Neelkanth. 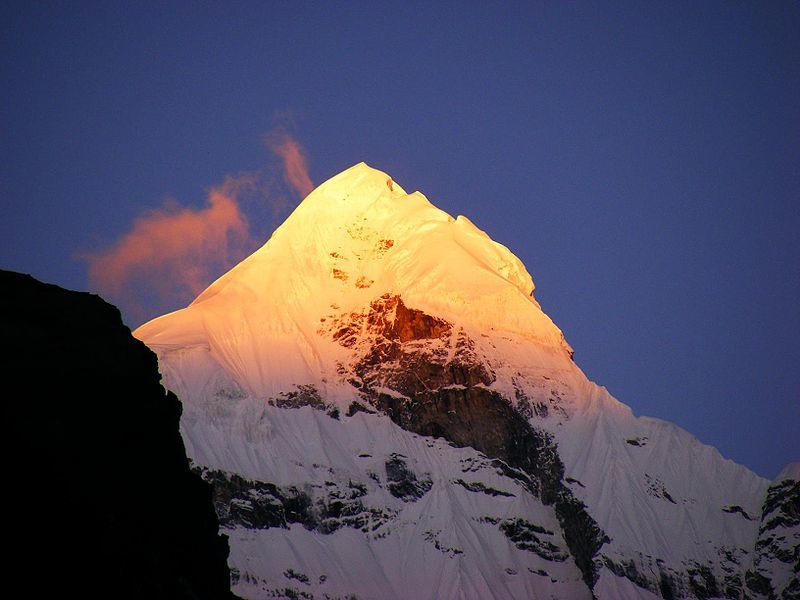 This day is going to be the toughest day of your trek, but also the most beautiful one. The views of the Neelkanth, Satopanth, Parvati peaks and the Chaukhambha ranges in the morning are simply jaw-dropping. The sceneries that you will see will remain with you forever. And also the serenity of the place is something that you will experience.

Start your trek through the trail meandering through the boulders and moraines. The trail is a tricky one and the last 2 km of the trek is particularly deceptive with a couple of steep inclines. As you reach the top of the ridge, you will get the first view of the lake.

From the lake, the surrounding views are spectacular. You will truly appreciate the nature and her beauty here. Further up is Swargarohini. You can visit Swargarohini as well and return to the lake where you will camp for the night. 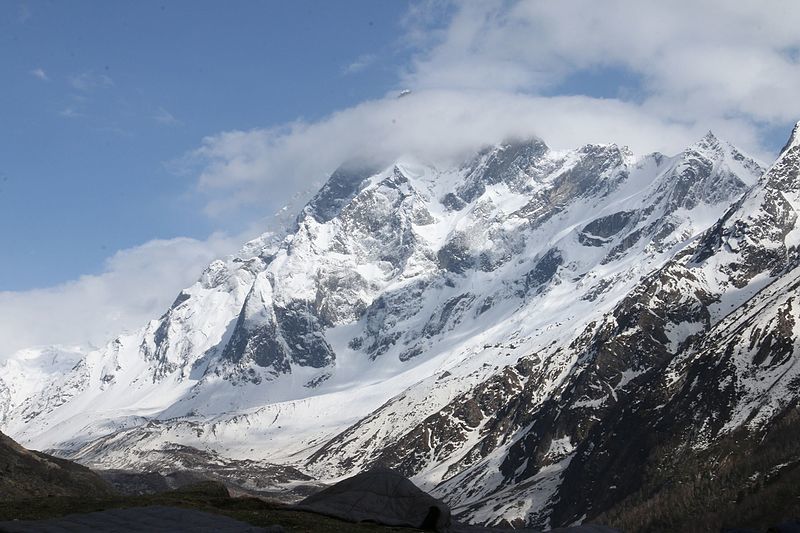 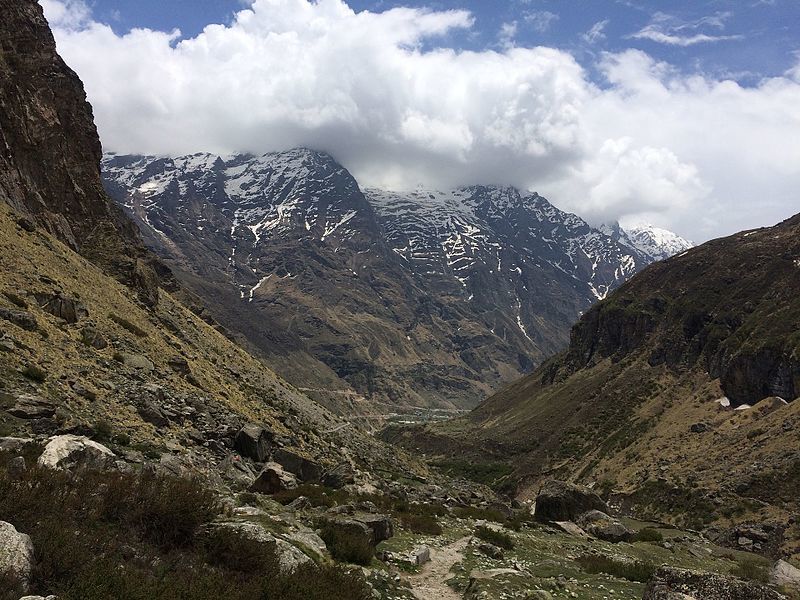 Return to Laxmivan following the same trail back. The 13c km trek can be covered within 6 to 7 hours.

Start you trek towards Mana in the early morning. Once you are at Mana, take a jeep towards Badrinath and stay overnight there. 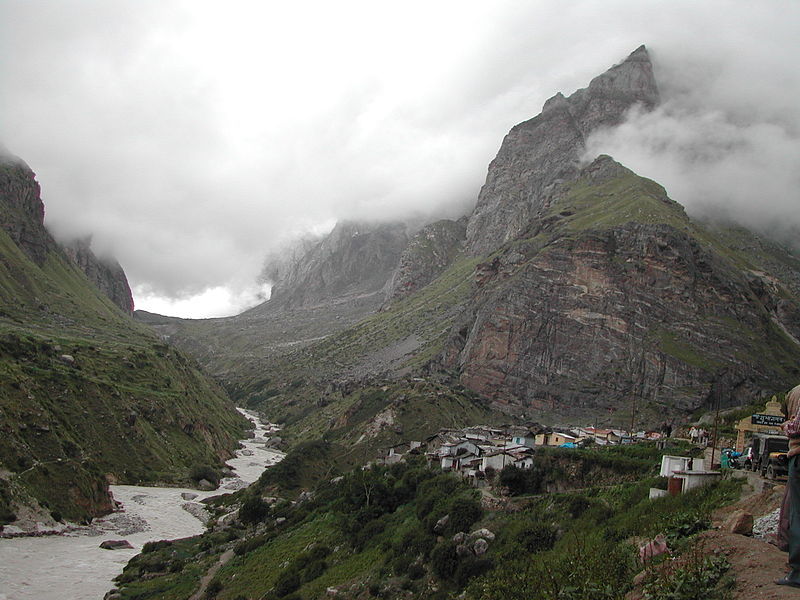 How to reach Mana:

The nearest airport is the Jolly Grant Airport in Dehradun.

The nearest railhead is Haridwar which is well connected with all the major cities of India. You can also reach Haridwar by Volvo buses from Delhi Kashmiri Gate ISBT.

The best time to do this trek is May and June and September and October. The Garhwal treks are best to be avoided in the monsoon.