Vivacious Varkala: A Trip from the Pre-Corona Days #Lockdown 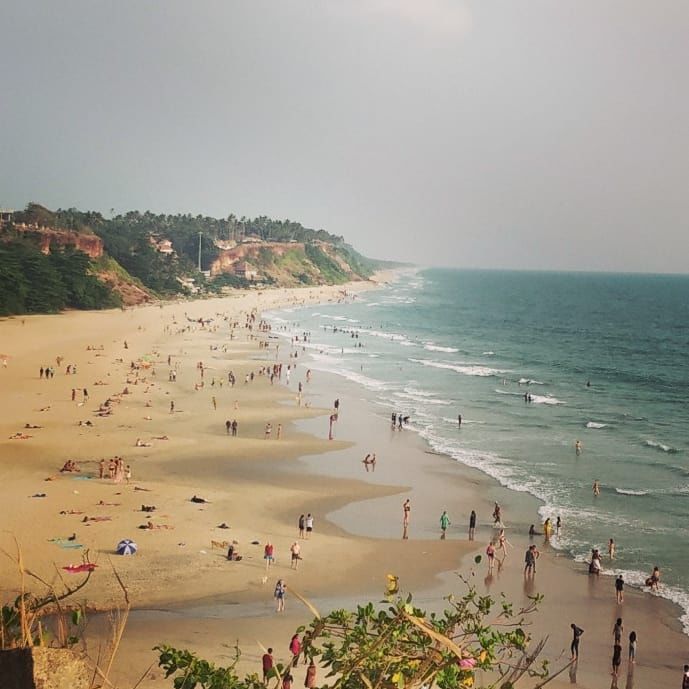 I took a long time to wait and watch the scenario around me before I sat down to write this blog. The last few days haven't been easy for me. I stay in Bangalore (for work) and this trip to Varkala (27th Feb to 1st March, 2020) was supposed to be a short weekend trip before my routine visit to Kolkata (on 12th March). That was before this avalanche called Covid-19 hit us all. There were just 3 confirmed Corona cases in the country and all of them were on the road to recovery. I made it to Kolkata before the lockdown, but not only did my plans to shop and dine around the city take a hit, I also had to cancel my trip to Lamahatta (which I had planned almost a month before the lockdown). The current situation is no less than a nightmare for an avid traveller like me. Nevertheless, the only joy that I get these days is from reminiscing about the good old days of travel we enjoyed just a few months back.

Day 1: The Train to Varkala

Our trip began with a train ride from Bangalore at around 8:15 pm on Thursday, 27th Feb. We boarded the Kanyakumari Express (spick and span) from Bangalore Cantonment Station. 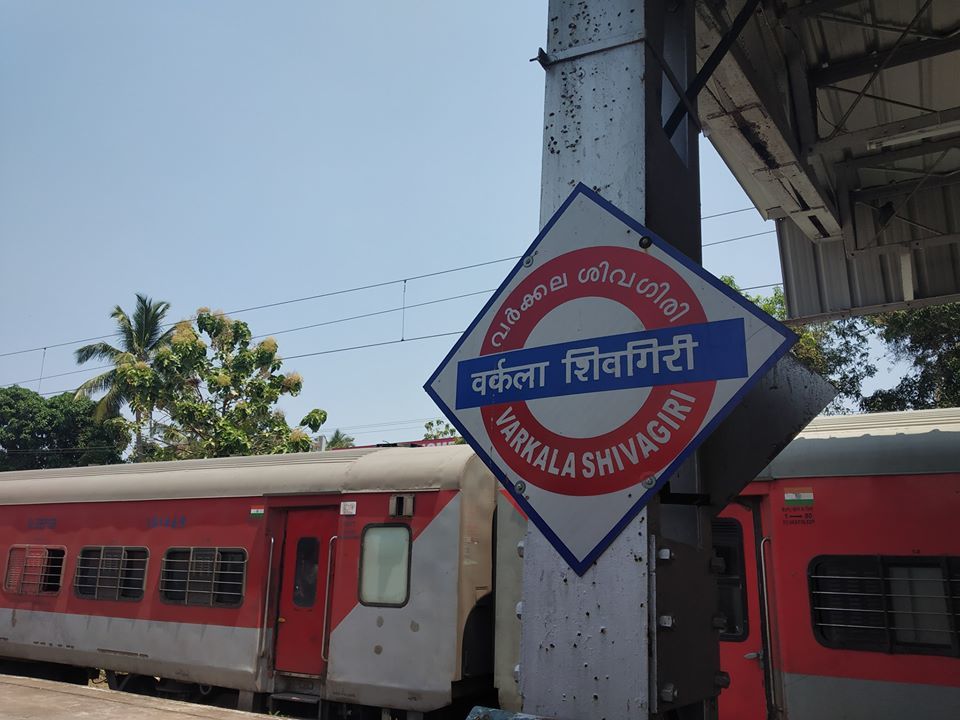 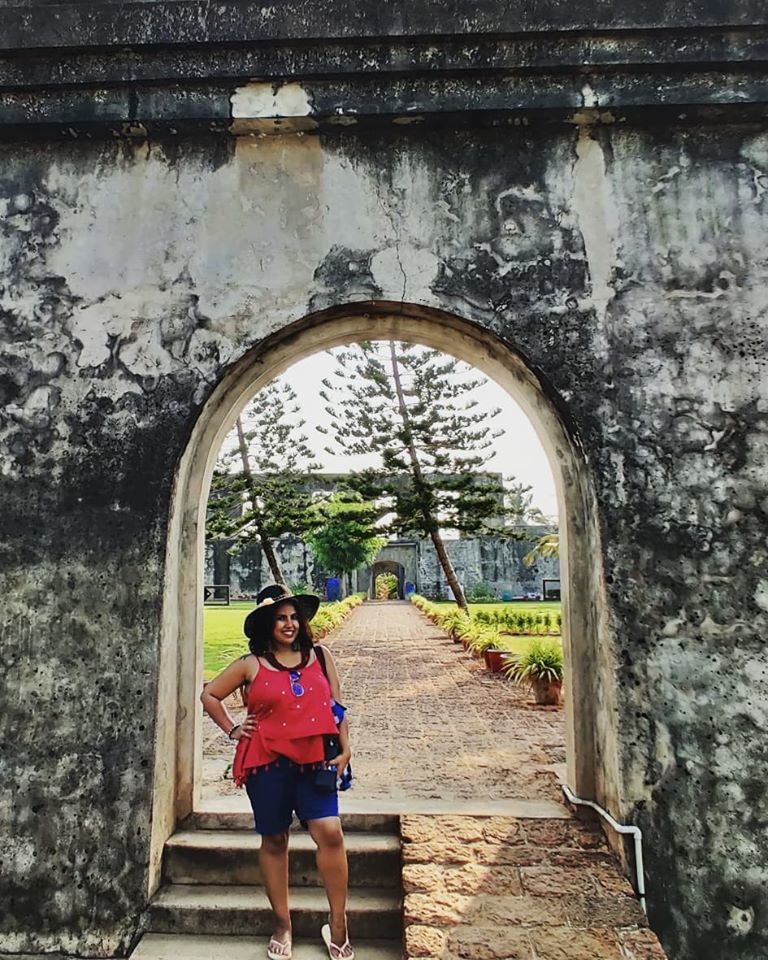 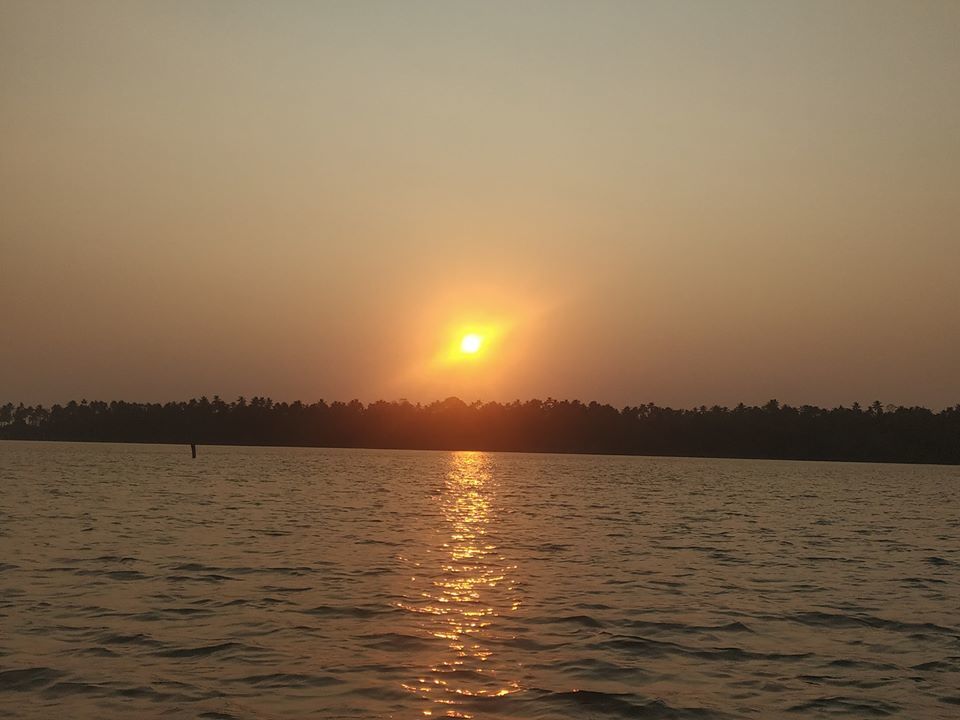 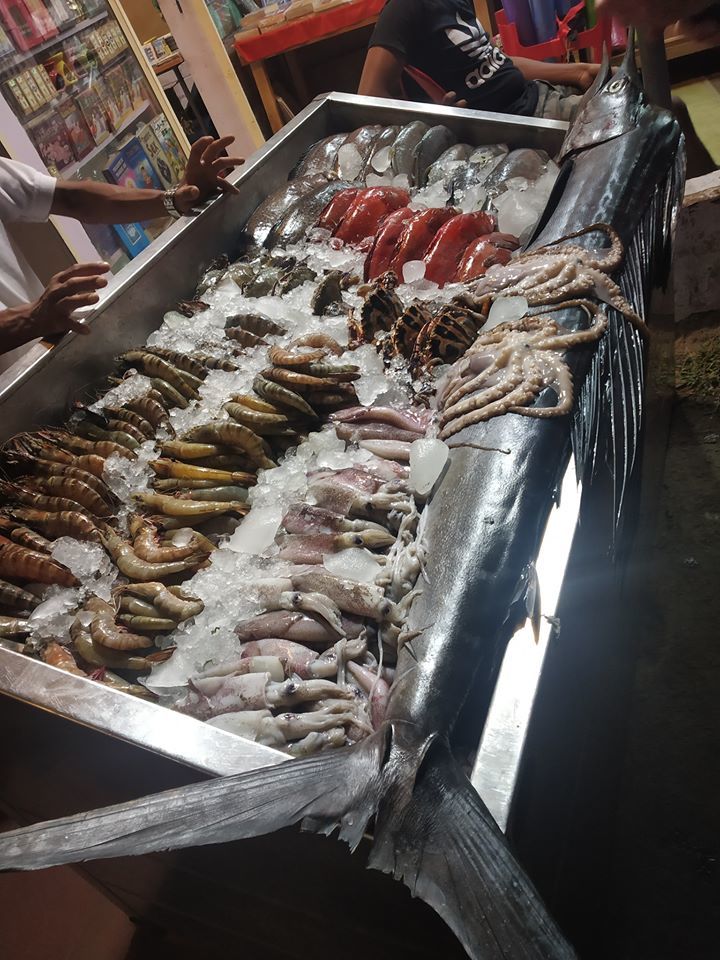 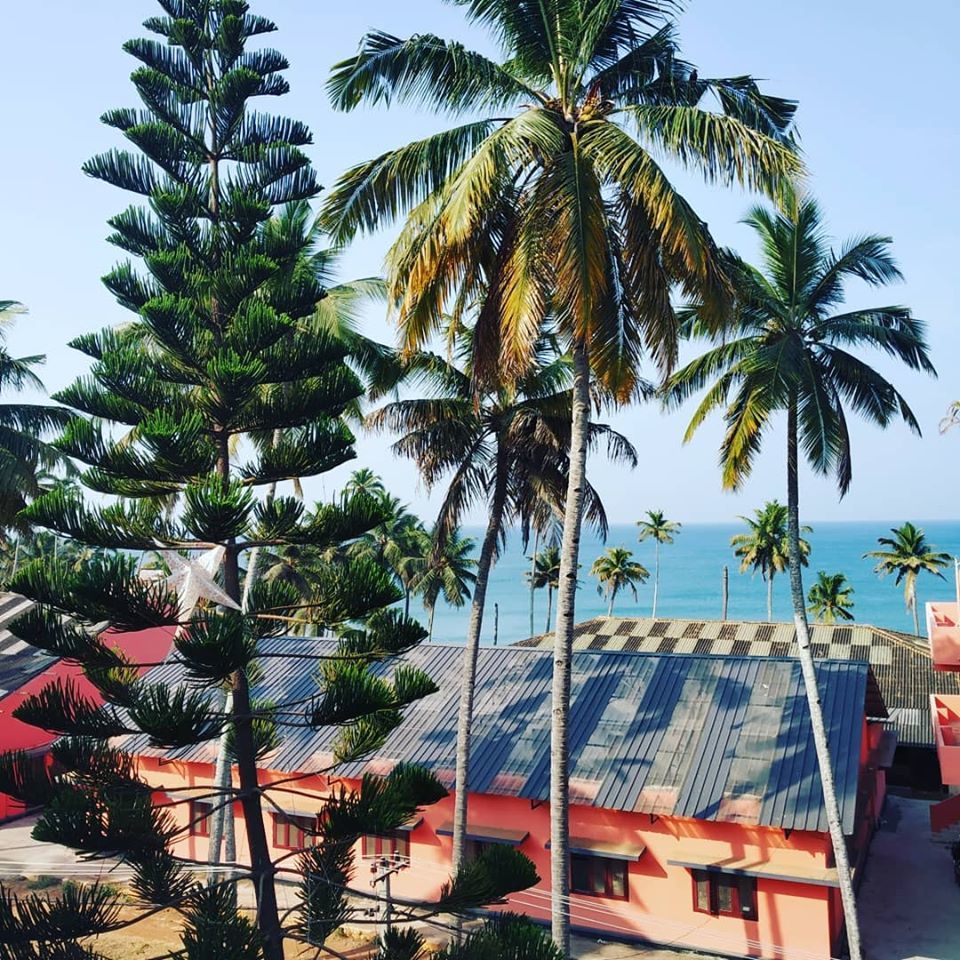 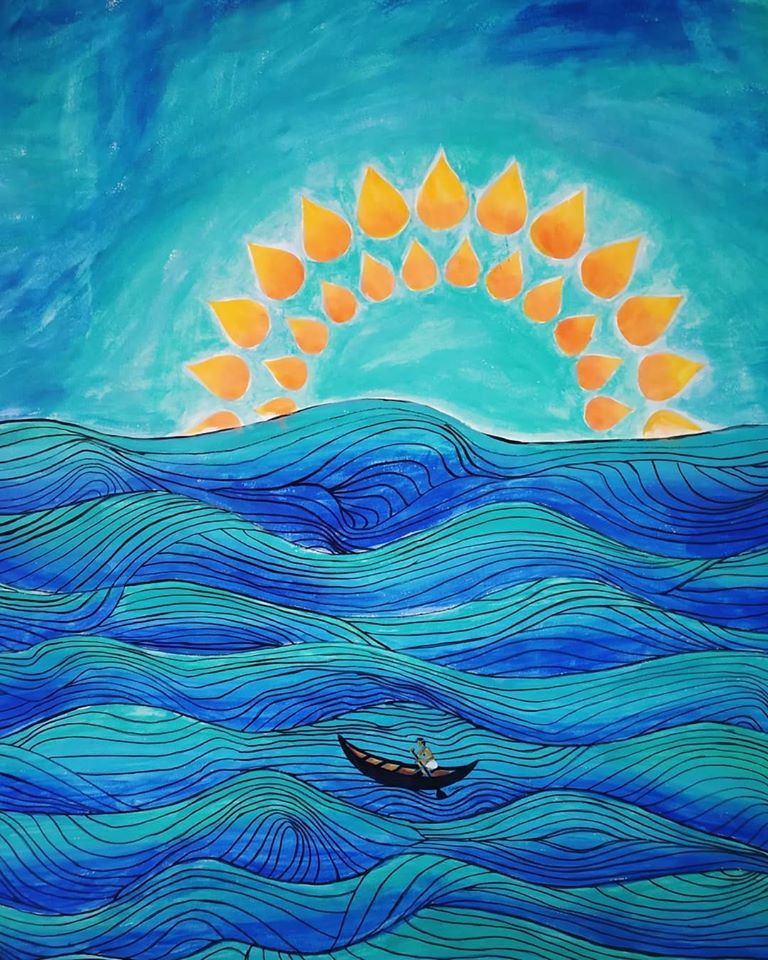 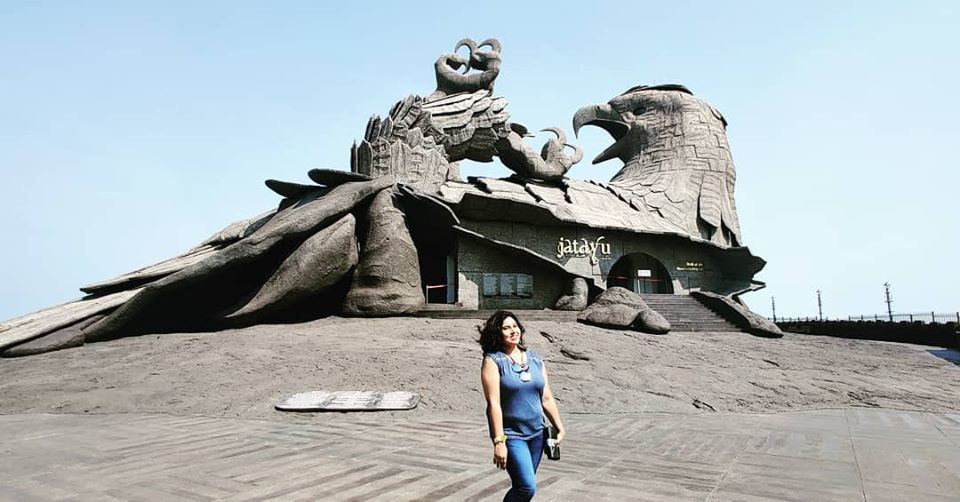 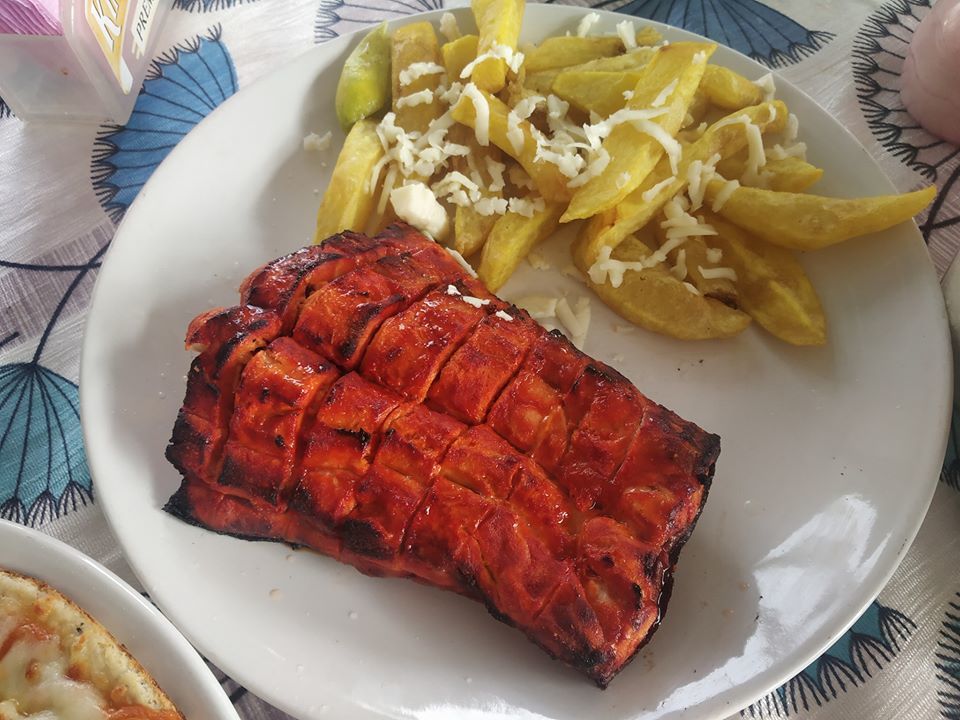 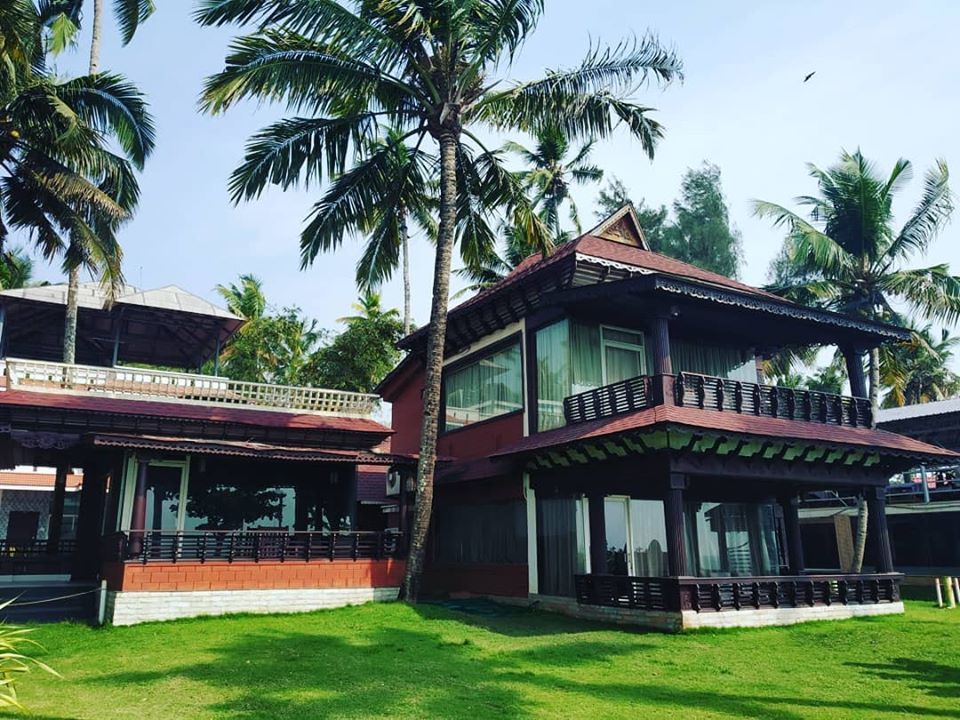 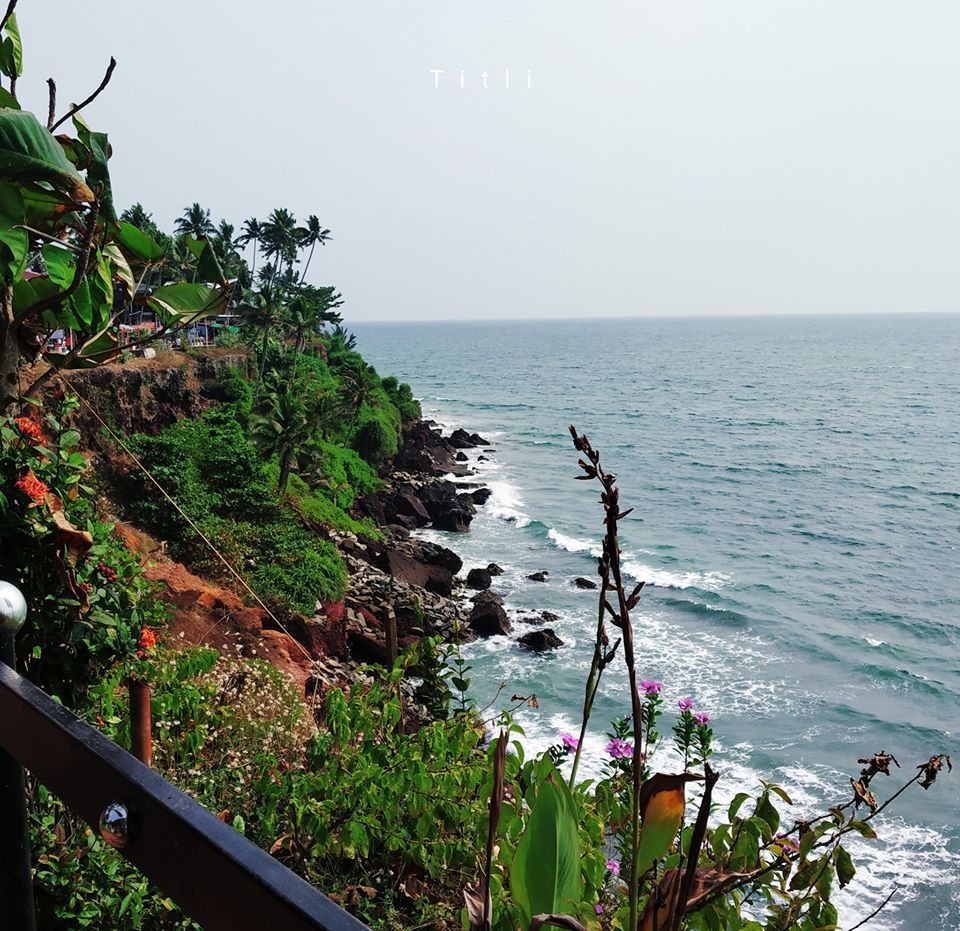 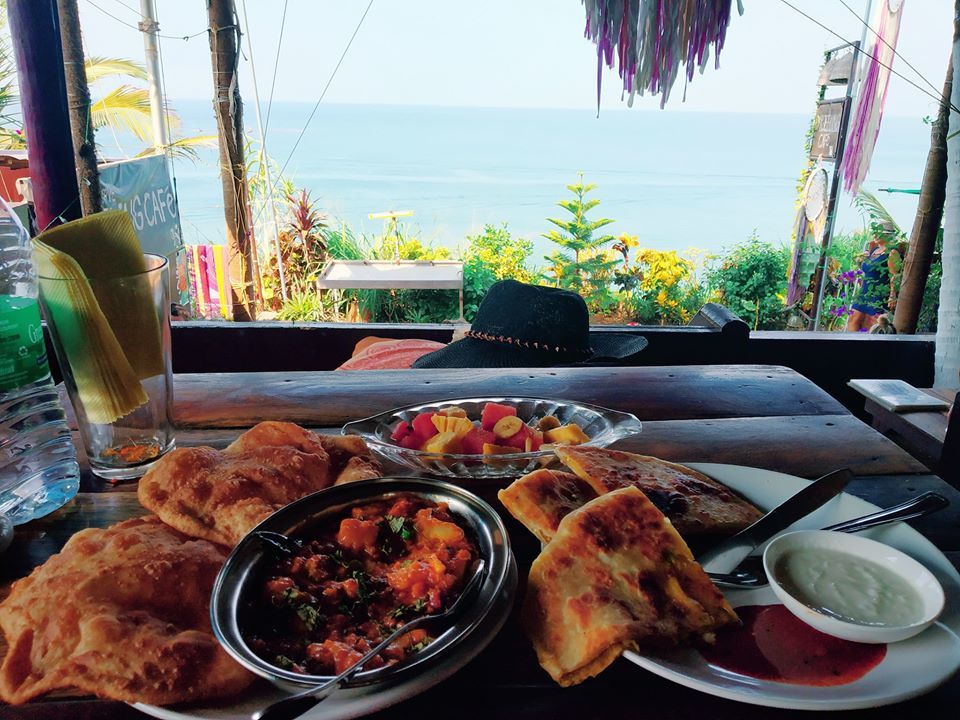 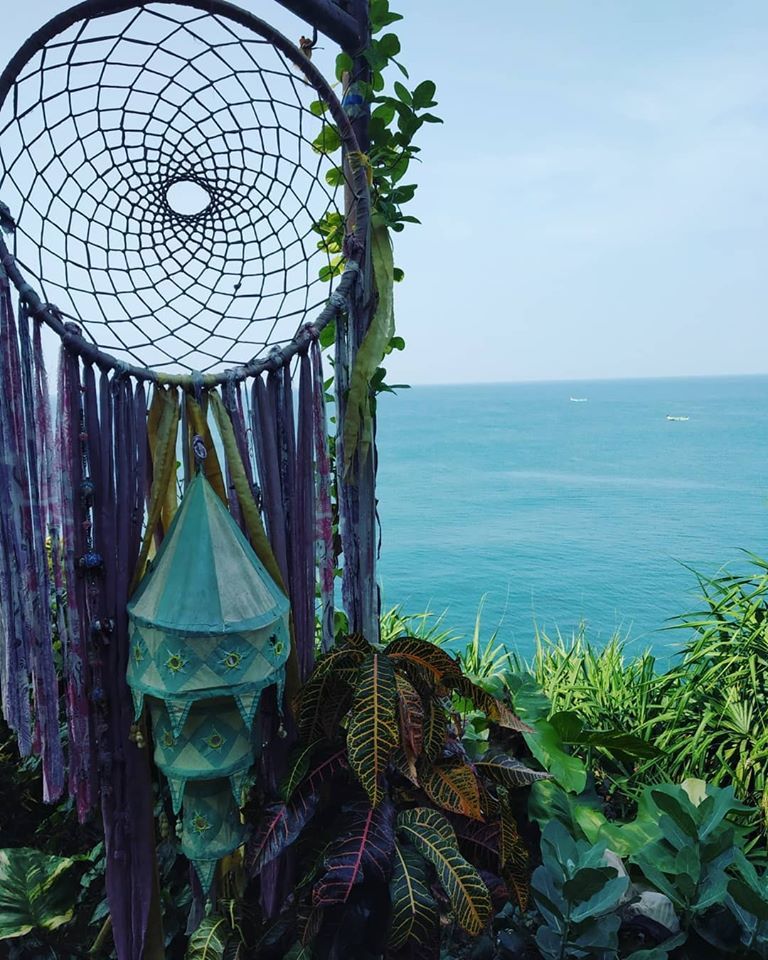 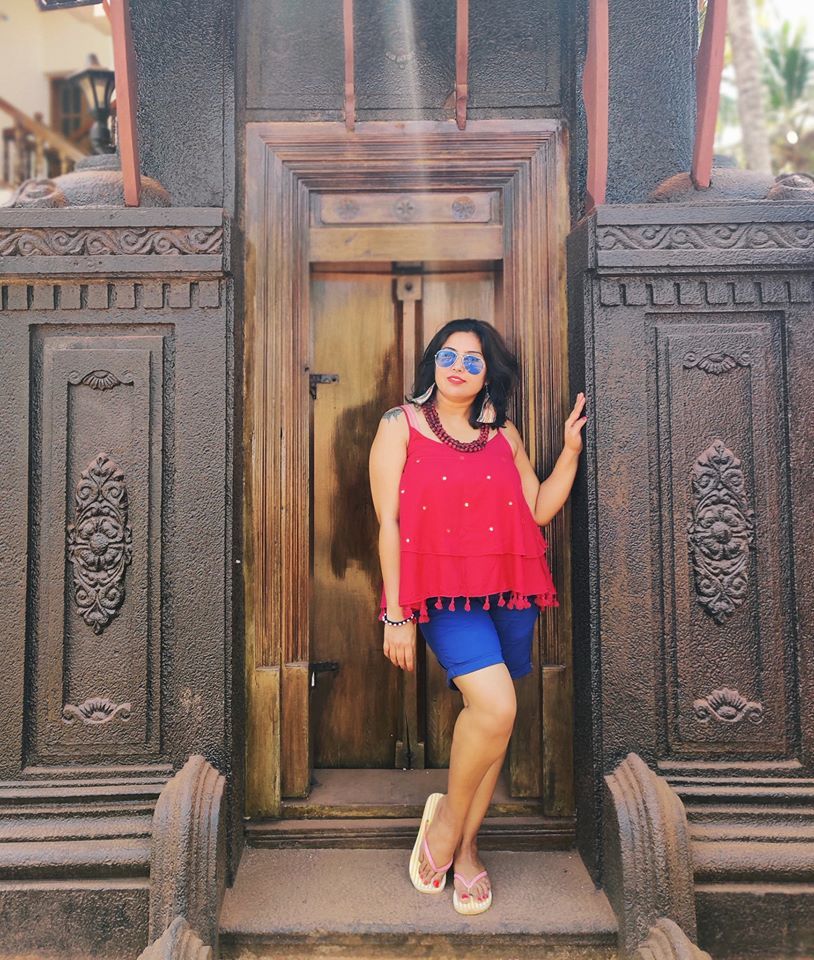 Day 2: Reaching Varkala and Exploring the Anjengo Lighthouse and Fort

We reached Varkala Shivagiri station in the afternoon, the following day. It was hot. We got an auto to Zostel Varkala (located near the Government Aquarium), where we were supposed to stay for the next 2 days.

Zostel was just 15 minutes away from the station. While we loved the property, we were a tad bit disappointed with the crammed up room. Though we reached before 1 o'clock, the cafe was closed.

After a quick shower, we hopped into an auto to go to the cliffside eateries, because we were starving by then. The first eatery on our list was Coffee Temple, which serves an array of Continental dishes.

We had a sumptuous local meal and a yummy glass of coconut chocolate smoothie. Our next destination was the Anchuthengu (or Anjengo) Lighthouse. A long auto ride took us to the lighthouse. We were told we could spend only 10 minutes inside the fort, but the climb up the spiral staircase of the lighthouse itself took around 10 minutes. The final stretch was the most difficult, as there was just a ladder, once the stairs ended. However, after too many shrieks and sighs, we finally reached the top. The view was mind-blowing, to say the least. While there was a sprawling stretch full of palm trees on one side, the other side had the roaring sea, overlooking the fort on the shore. After a quick photo session, we climbed down.

The next stop was the Anjengo Fort, which wasn't much of a sight, but just an old, mossy structure. Nevertheless, the view around the fort was awesome.

Though I was gasping for breath by then, my friend dragged me to Kappil Beach, which was almost a 45-minute ride away from the fort. As soon as we reached Kappil, we opted for a boat ride on the Kappil Lake. While I was scared of the rocking boat at first, the breathtaking sunset calmed me down.

We saw the black sands of the Kappil Beach next. Following this, we got back to the cliff. The restaurants were choc-a-block with people and very few had empty tables. We dined at Abba's, and I ordered pasta, as that was the fastest dish they could cook up in that maddening rush.

We also went through the mini fish markets lining the restaurants, and saw everything from huge barracudas, to octopuses, squids, and lobsters.

We reached Zostel by 9:30, but barring the cliffside, the town was eerily dark and empty by then.

The following morning, we explored the area around Zostel a bit. We found a beautiful cafe overlooking the sea, just 5 minutes away from Zostel. Before that, I must tell you, Zostel Varkala looks nothing like the photos on their website. The view is marred by buildings.

However, this new cafe that we found out, Jairam Cafe, was quite a revelation. Though all we got there was some coffee and jam-toast (since we had reached before 8:30 am), the view more than made up for it.

We had our cab booked for the trip to Jatayu Para, which is a huge statue of the mythical figure Jatayu from 'Ramayana.' According to ancient mythology, Jatayu had tried to save Sita's dignity and was thus attacked by Ravana, who had chopped one of his wings off. The statue is located at a place called Chadayamangalam, where Jatayu is said to have fallen dead.

The trip took us about 45 minutes. The place is a beautiful entertainment centre, replete with a cafe, a clean washroom, and state-of-the-art facilities. I was quite impressed. We had pre-booked our cable-car tickets but did not book the adventure zone tickets. The cable-car rides are scheduled at regular intervals. The 10-minute ride gives a bird's eyeview of the surrounding landscape, the helipad attached to the rock, and the Jatayu sculpture itself.

When we reached the rock, it was quite empty, as we were among the first batch of cable-car passengers on that day. We took a quick round of the statue, clicked some pictures, and had a quick meal at the cafe near the rock. I was told they are apparently planning to open a museum there soon.

We went back to Varkala for lunch. We hopped into an amazing place called Clafouti and ordered fish and chips, pizza, and beer. We were surprised to get something that looked like fried fish. When we asked, we were told that was their version of fish and chips. The waiter also told us it was probably made of barracuda.

The Clafouti Ayurvedic Resort attached to the restaurant was quite a treat to the eyes. We loved the Kerala-styled cottages, the winding paths, and the view of the sea, as we took a stroll around the resort.

We hit the beach after 4pm, but the sun was too strong even then. The beach was teeming with foreign tourists, sunbathing or frolicking. Some were playing football.

After spending a few minutes on the beach, we headed back to the shacks. I had some much-needed tender coconut water at a nearby shack known as Marina Bay. We watched the sunset (well, not exactly as beautiful as the previous day's experience, as the sun hid behind the clouds) and headed back to Zostel.

The Zostel cafe disappointed us for the second time, as it was closed and the kitchen had been shifted to the adjacent building. We were told there was a party that night, to celebrate the Leap Day, and the cafe would thus be closed. We didn't attend the party and had our leftover pizza slices that we had carried to Zostel, for dinner.

Day 4: Back to the Grind

The following day began with us packing for our ride back home.

We then had a sumptuous breakfast at Darjeeling Cafe, located on the cliff. The waiter was a Bengali guy who took great pride in introducing himself to us. We were craving for some filling food, so we ordered parathas and aloo. The food didn't disappoint us at all.

Our train was scheduled in the afternoon, thus we had enough time for a quick stroll around the cliff and some shopping. I bought some memorabilia, a beautiful Kashmiri shawl (yes, a shawl from Varkala :P), and a T-shirt.

We packed our lunch from Coffee Temple and headed back to Zostel to get our luggage. The weather was so hot it could have given us blisters.

The train was on time, and to my horror, within 2 hours, it was also full (with two bawling children in our compartment).

Nevertheless, I was happy the trip had ended smoothly, without even a hint of Corona anywhere. The whole town of Varkala, even the beaches, had no hint of the virus anywhere. Nobody wore masks or gloves. People were taking in the serenity of the place.

It was only on my return to Bangalore the next morning that I heard a few more cases had been heard of in India. The situation worsened after that, and then the lockdown was imposed after just 3 weeks.

As much as I crave another vacation, I know for sure, things will not go back to normal soon. There may be tough times ahead of us, but I'm sure we will all make it through. I hope we get back to travelling soon, as the industry is in a mess right now. However, I would also like to maintain caution for a while after the lockdown ends. After all, nothing is more important than a person's life...not even travel.