Long weekends are a trend in Germany. When there are national holidays that fall on a Thursday, we have bridge holidays here so you get a whole long weekend for four days as Fridays are then declared off by most of the companies by default. It is pre planned. I jumped on the opportunity, four whole days to myself, enough to discover a bit about a new country. And that is it, Italy was on the cards. I booked with Studifahrten one of the most organized tour operators here in Baden Wuerttemberg, the state where I reside. It was pretty affordable and organized. I usually travel spontaneously with friends, but I wanted to know the culture and the history at some places, so I opted for a comfortable version this time and it worked wonders. I made new friends, met global citizens and fun was unlimited. I saw and did what I never imagined. It was a literal dream for me at each stage.I planned alone but soon made new and trusted friends, Praveen and Shivani, my travel mates. I was spellbound by the rapport we all shared so suddenly.

We set off from Stuttgart on 4th May evening and reached Milan on 5th morning, refreshed and we were off to explore Milan, the cosmopolitan hub of Italy.Milan has something for everyone. World-class shopping and a thriving cultural scene.Catch the metropolitana to begin your Milan exploration in Piazza del Duomo, the city’s beating heart, dominated by the frosted cake silhouette of its namesake cathedral, which is popularly known as the Duomo, it is magnificent and grand, made out of Italian marble and stands tall to the glory of Milan, its grandeur makes one wonder in awe as you watch the snow white tips of the cathedral that boast of the sincerity of Italian architecture. A yummy and mouth watering pizza is a must try at Spontini, near the Galleria, where they sell pizza by slices and the mozzarella will melt in your mouth effortlessly, the one bomb that I will be happy to burst in my mouth. We had a crazy dance on the streets where people play guitar and other instruments like a born passion and entertain the crowd. The Galleria and the Michelangelo Museum will give you an overview of the rich history of Milan and its inhabitants. Hands down it is the fashion hub in Italy, name the brand, Versace, Prada, Gucci, Armani, Giorgio and you will find an inexplicable collection of accessories, bags, shoes, evening gowns and much more waiting at your disposable and crying out of the window to buy them. It is the class and elegance of the town that took me in awe more than the historic touch to it. Art lovers, make for Leonardo’s Last Supper in the Church of Santa Maria delle Grazie and the Pinacoteca di Brera, Milan’s main art gallery. Well Gelato is a popular ice cream in Milan, and a favourite amongst the kids, we relished some and set sail for Pisa.

The Leaning Tower is one of the most famous landmarks in Europe. We took a look at the tower, and took quintessential pictures of trying to hold it up (or push it over) with the hundreds of other tourists on the lawn! One die hard suggestion, buy all your Italia souvenirs in Pisa, they are really cheap and good quality, what´s more you can even bargain with the vendors, and god´s grace I found some Indian too, so I actually started off in Hindi and bargained in Euro , what a sight to behold. Well we did get a good deal, Pisa is historic and traditional, a quite town with small houses and lesser apartments, where people prefer having their own places. A lot of people from the African nations have found employment in this small town thanks to the thriving tourism around. A peaceful city in the midst of the mountains, functioning and surviving mostly on tourism.

On the same day we took a quick ride to Florence, which is an hour´s ride from Pisa. One amazing aspect of travelling around Italy is having the opportunity to eat some of the best and freshest food in the world. It holds true in Florence, I had one of the best margarita pizzas and wine in my life, with some spaghetti picante. It was bliss in my mouth. I would have wanted to stop that time. Red wine and spaghetti picante is the least you can try to tantalize your taste buds.Florence has a flourishing leather market where vendors market the famous ” Kareena Kapoor leather jacket”, from Kabhi Khushi Kabhi Gham. It is surprising to see Indian businessmen with their thriving trades all over Italy. Interesting to know that Leonardo da Vinci and Galileo both hail from the principalities of Florence.  The Florence Cathedral is among the most iconic buildings in the world and the best things to see in Florence, so you might be surprised to learn that for many years a very important part of it the original facade was missing. The medieval facade of the Cattedrale di Santa Maria del Fiore was designed by its first major architect, Arnolfo Di Cambio.It is worth visiting.  Florence was considered to be the second largest important city in Europe after Paris in the medieval times. There are few bridges in Florence which are the epitome of romanticism during sunset, it is a pleasure to walk down the lonely roads by the river bank all by yourself.

Well it did not stop at that, the best part was yet to come. Venice, the dream. It would not be wrong to say that I lost a part of my heart in Venice. I explored Venice with a different approach, rowing and singing. There are only two ways to reach Venice, by water or by air. It is not possible by road since it is a conglomerate of 117 islands together.Venice is romantic and subtle. At each stage I felt as if I was in a dream, indeed the shopper´s paradise once again. Venice never had wars of succession as it was never attacked by the enemy. The aggressive yet the beautiful Adriatic waters protected it from each enemy. Interesting to note that the supremacy of Venice was not hereditary, it was never passed down, therefore aristocracy prevailed in some parts. Relating to some roots in India, I got the feel of Fort Kochi to Venice, just the bustling and cheerful part of it. Fort Kochi is peaceful and gloomy according to me. Bridges and canals are the highlight in Italy.Do not miss the Gondola ( traditional boat) ride with your loved one, it is sheer happiness. We also visited a beach around 15 minutes by the water bus from Venice, which is pristine and lush white patches of sand welcome you, cleanliness guaranteed, adjoining the Adriatic Sea, it is known as Lido de Venecia where young kids swim.It is the Dharavi of Europe in some areas  as stated in Yeh Jawani Hai Diwani, the famous Ranbir Kapoor and Deepika Padukone flick, because the drainages are directly roped into the canals, and sewage is a major problem, yet it is nice because the houses are clean. There is perfect competition up to a certain extent in Venice, because the Gondola rides and the souvenirs are more or less priced at very less competitive prices, so since there is one common product and many buyers and sellers, competition is kept low, well I learnt something in economics and could apply it here. The evening was serene, as the sunset set over the Adriatic waters at 8.00pm we sailed off from Venice and I bade my goodbye to the most romantic holiday with myself in Italy.

Well, to cover Rome you need at least two and half days, so for the next time with my life partner!

Till the next destination. 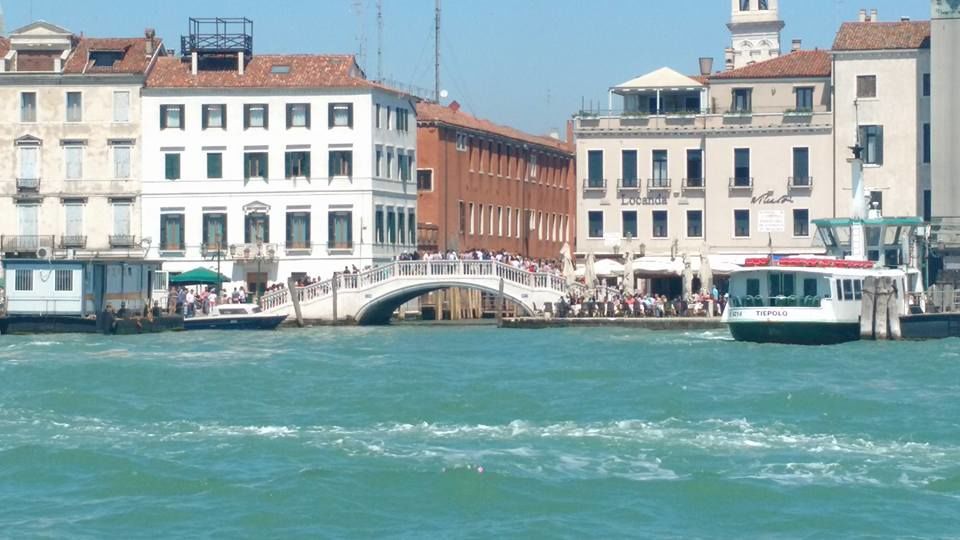 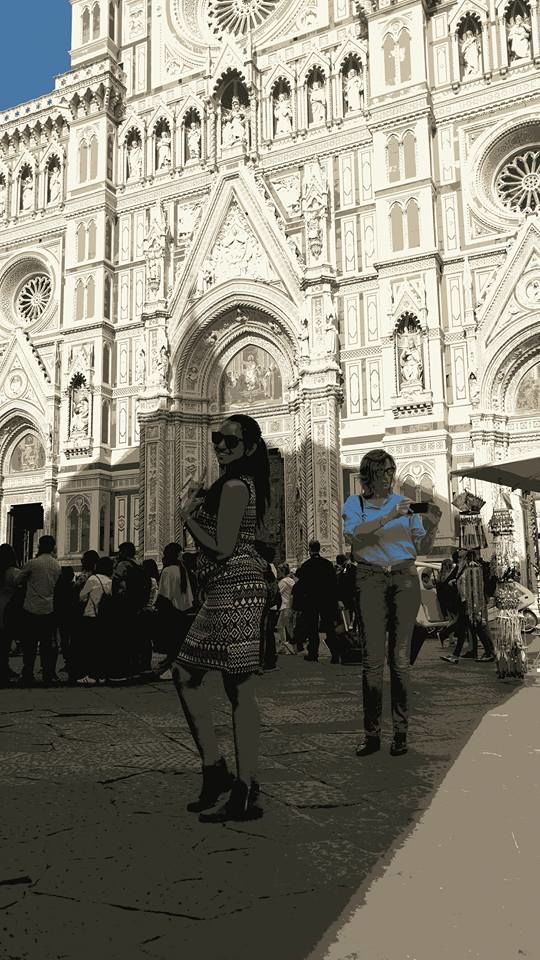 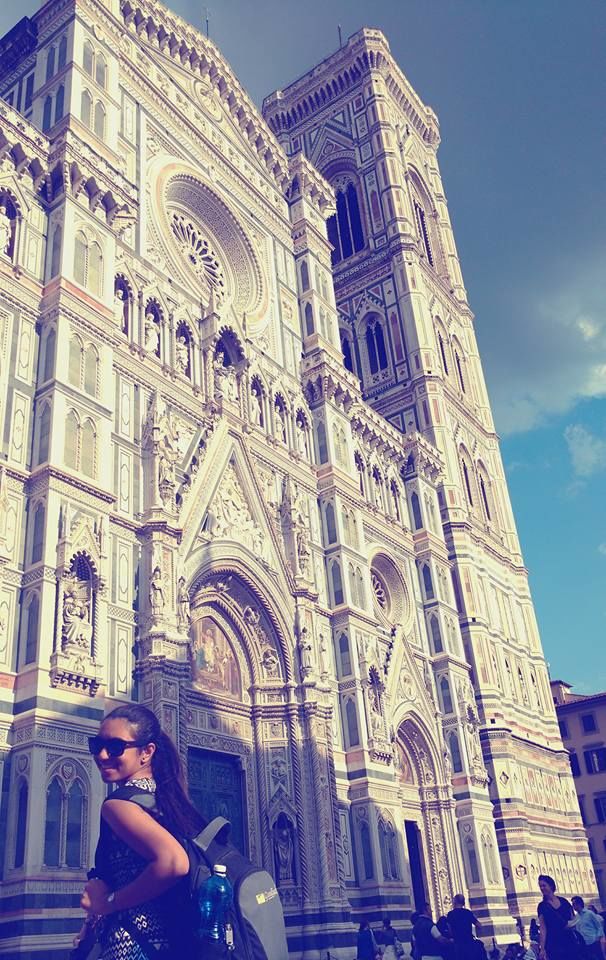 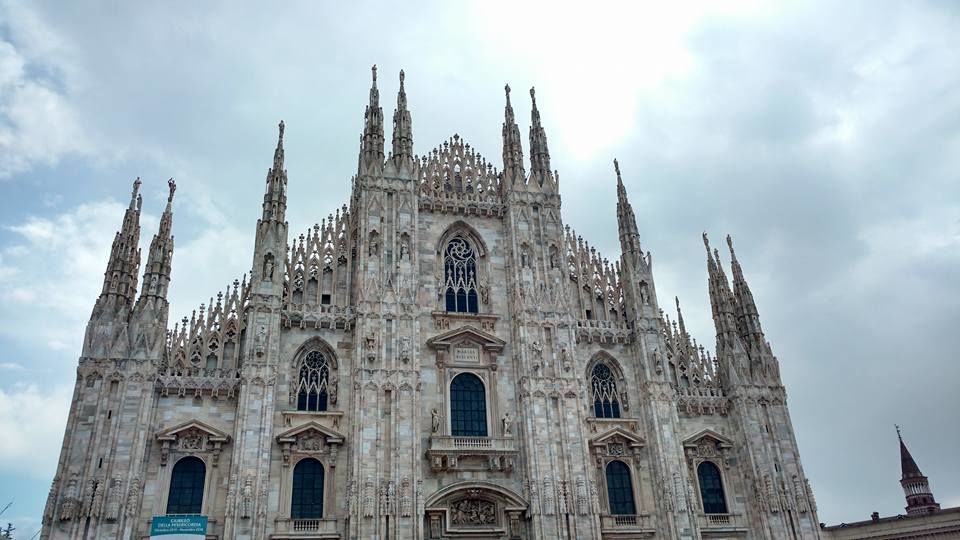 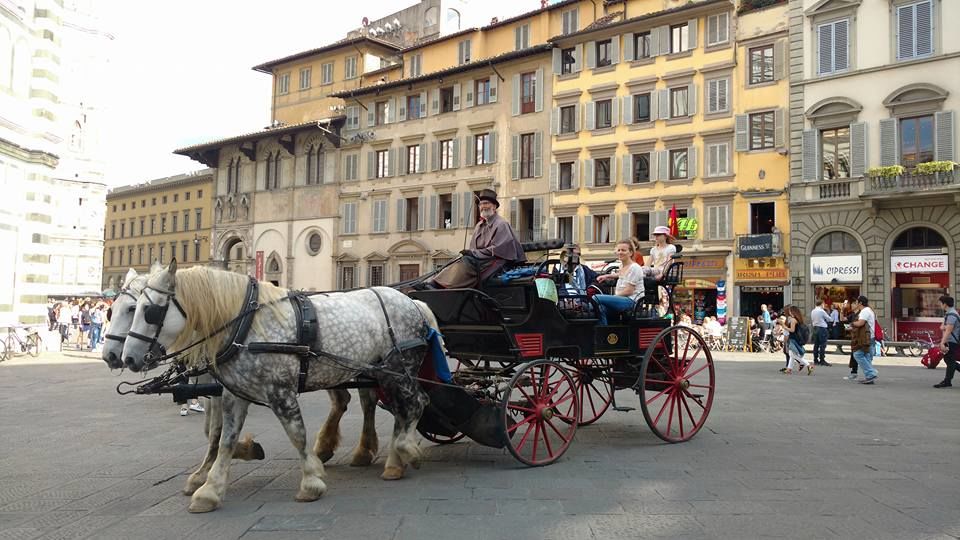 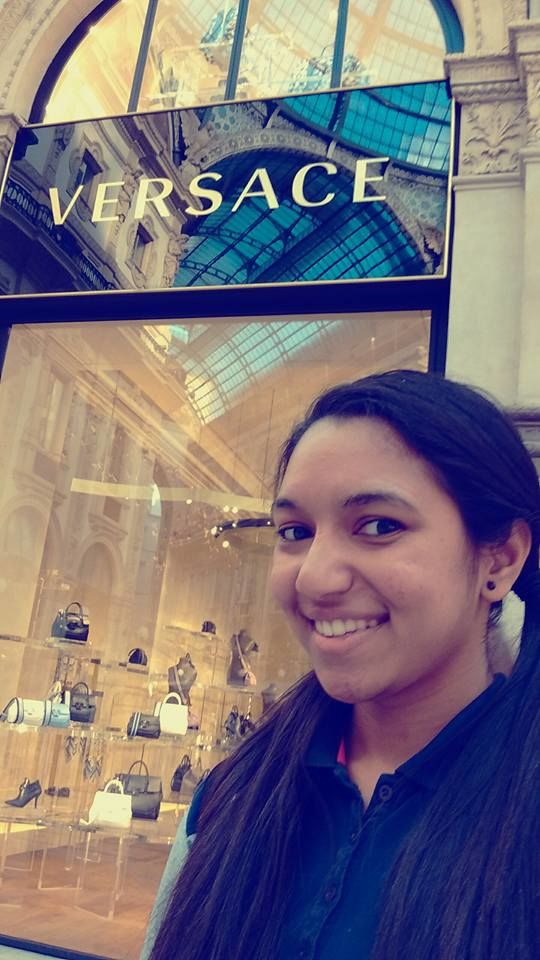 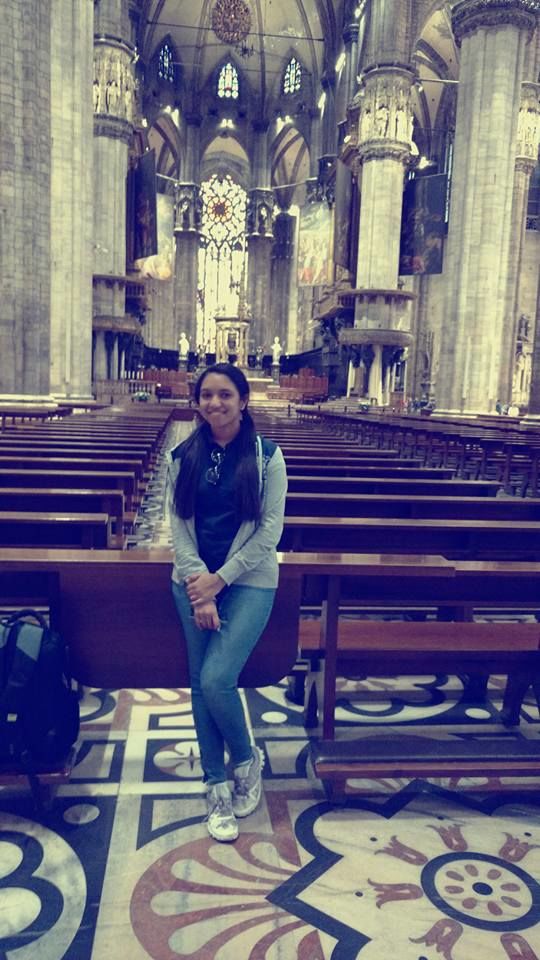 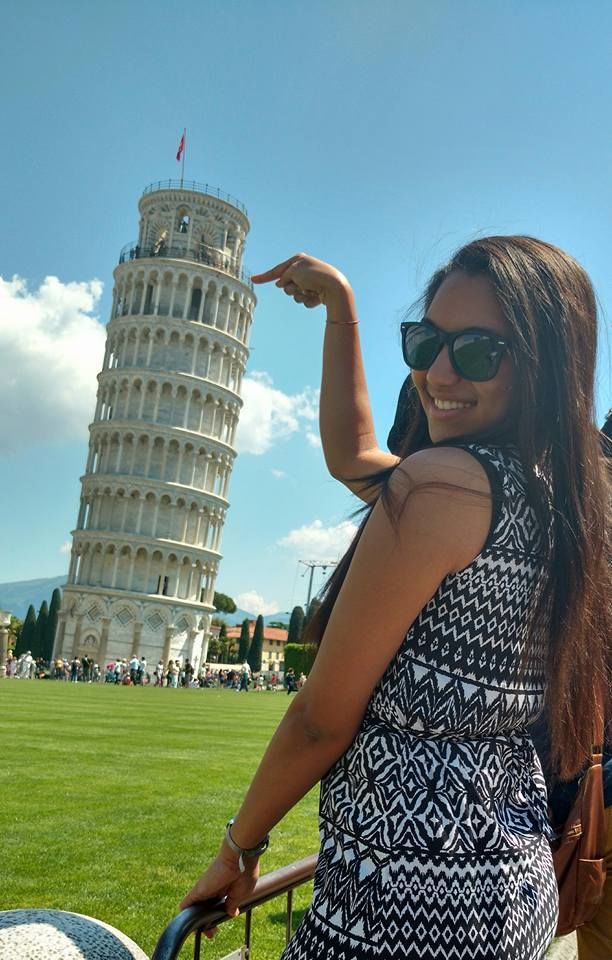 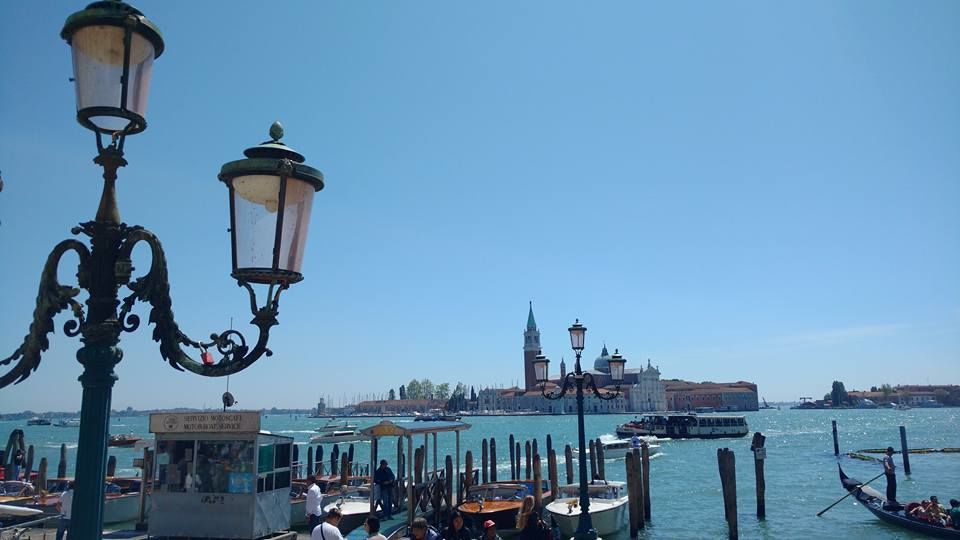 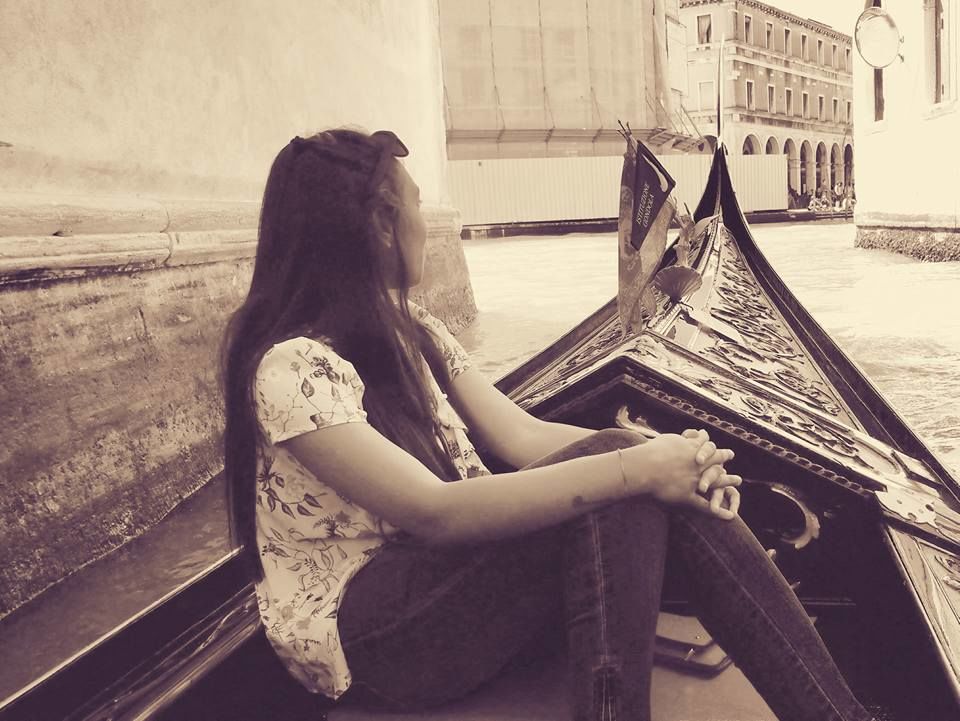