“Why Jordan?” This was a question that all and sundry lobbed at me when I announced to the world that I plan to go on a vacation to the Hashemite Kingdom. Googling about the country, its culture and the sights it offered, I had armed myself with an armory of answers on why Jordan is called the ‘Jewel of Middle-East’ and why my journey will not be a ‘Wild Goose Chase’.

With skepticism getting the best of me when my plush Royal Jordanian Airlines hovering above a wide expanse of nothingness had the captain exclaiming in his deep Arabian baritone that we had reached Queen Alia International Airport, it was then I ask myself, “Why Jordan?”

Touching down in its largest city, Amman, I brace myself for chaos that characterizes most middle-eastern cities. What greets me instead is surprisingly serene, more arid one might say; the wind. Amman is as much a place for sleepy sand lined boulevards, scenic mountain top homes and spectacular palatial mansions as its old world charm. It is also home to international hospitality projects and top of the line lodgings, which are geared to keep even the most discerning of travellers easily in their comfort zone.

A rather effective example was the Regency Amman where I checked in, which struck me by its ability to rework tradition into something innately fresh. Diving straight into the city, my excursion took me to the town of Jerash which is about 48 kilometres from Amman. Stopping over to satiate my taste-buds with authentic Jordanian cuisine from the much recommended “Lebanese House” restaurant, I find my way over the ruins of the Greco-Roman city of Gerasa, to find myself face to face with real life roman warriors and gladiators at the Roman theatre inside the well preserved city. Three hours discovering the magnificent city as it was, tired, I return to my hotel room on the eleventh floor, to relax and polish myself for a dinner rendezvous at Levant restaurant located at Jabal Amman which served us excellent but humongous Arabic gourmet foods.

Understanding that the legacy of Jordan is more than deserts and mountains, I head the next morning to a tour of the city and towards my onwards journey into the biblical heartland of Madaba. It is here that the fabled ‘Madaba Map’ carved in mosaic is depicted, which dating back to the 6th century AD is the oldest surviving original cartographic depiction of the Holy Land and especially Jerusalem. Heading onto the ‘King’s Highway’, the 335 kilometer long oldest continuously used road in the world, lined on both sides by prehistoric villages from the Stone Age, biblical towns from the kingdoms of Ammon, Moab and Edom, Crusader castles and much more, I make my way to the top of Mount Nebo, from where Moses saw the holy land of Jerusalem and bid farewell to the material world.

With deep reverence my journey continues through the scenic locales of Mount Nebo located 817 meters above sea-level down to Bethany beyond the Jordan situated 410 meters below sea level to witness one of the most pious places in Christianity which overlooking the river border with Israel is regarded as the baptism site of Jesus Christ.

Although highly exhausted by the drop of altitude, my mind works overtime through the fifteen-minute journey to the lowest point on earth, The Dead Sea, which had been the most recommended during my tour planning process. “Float on the Dead Sea”, my friends had told me. “And bring me the mud from the Dead Sea”, my girlfriend had been stern.

Checking into the highly acclaimed Movenpik on the coast of Dead Sea, I took a quick shower only to find myself immersed with sea salt the next moment. Having eight times more salinity than other water bodies in the world, The Dead Sea is an experience of a lifetime in itself. With sharp waters rising from the coasts of Israel, we are advised not to get into the water and rather stain ourselves with the famed mud to get a glowing look. The next morning brought with it an unseen face of the Dead Sea. As still as water can ever be, the Dead Sea was actually dead. Inviting us over to ‘float’ on it, the Dead Sea was balmy warm, perfect for an early morning swim.

Twenty kilometers, half an hour and one breathtaking sight after another we reach the Ma’in Hot Springs which in use since the times of King Herod, lies 264-meters below sea level and are one of the world’s most famous and well preserved hydrogen sulphide water channels. Combined with a rejuvenating meal of chicken curry and boiled rice, we head onto the next dramatic site waiting for us.

By sundown we arrive at one of the seven wonder of the world, Petra, which is also a UNESCO world heritage site. This sleepy mountainous town which naturally designed as a fortress welcomes us with a night tour of gigantic mountains and gorges which opens into the mammoth “Treasury”, made famous by Harrison Ford in “Indiana Jones and the Last Crusade”. Highlighted by Siqs, craters and other rock carved graffiti’s by the Nabataeans, it is mysterious at nighttime, as is jaw-dropping during daytime. No wonder, BBC has chosen Petra as one of "the 40 places you have to see before you die".

Absorbing the Arabian tradition, I guide my fellow travellers to the sand dunes of Wadi Rum the next day to soak in the sunset on this great Jordanian valley. Cut into the sandstone and granite rocks in south Jordan at sixty kilometres to the east of Aqaba, is this large desert that is a movie celebrity in itself. Starring in movies like ‘Lawrence of Arabia’, ‘Red Planet’ and more recently ‘Transformers: Revenge of the Fallen”, the place is known as the haven of the ‘Bedouin’ tribe who inhabit the area with their goat-hair tents and top of the line sports utility vehicles. More amazing is the view from the top of Jebel um Adaami, the highest peak in Jordan that on clearer days accords a view of Red Sea and the border with Saudi Arabia.

Sleep deprived and adrenaline soaked, we order a feast at Captain Cook’s desert camp before making our way to the harbour city of Aqaba. Over the following hours, I settle down at the Movenpik, Tala Bay that is as comfortable as it can be. Overlooking the Red Sea and the distant mountains of Israel on one side and Egypt on another, I feel exhausted and emotionally charged at the same time.

My final day in Jordan is set up by the inviting breeze from the Red Sea and a dive into the numerous pools Movenpik offers. After a quick sumptuous breakfast served by a Egyptian maître d'hôtel, we head onto to the Aqaba diving centre which home to exquisite corals and sea reefs is regarded as one of the top diving destinations of the world. Three hours later, and a dive down the Red Sea to experience the maritime wonders it has to offer, I come out a different person.

Absorbing the slow accent of the life and times of Jordan and relishing the sounds and smells of the culture, my knowledge and appreciation of this middle-eastern jewel augments multifold in these six days of bliss. And on the return flight back to the cacophony of my ‘normal’ life, the only question which crosses my mind is, “Why Not Jordan?” 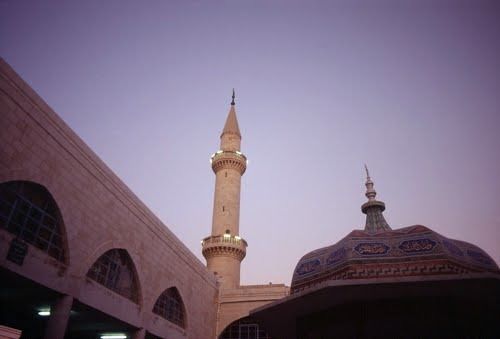 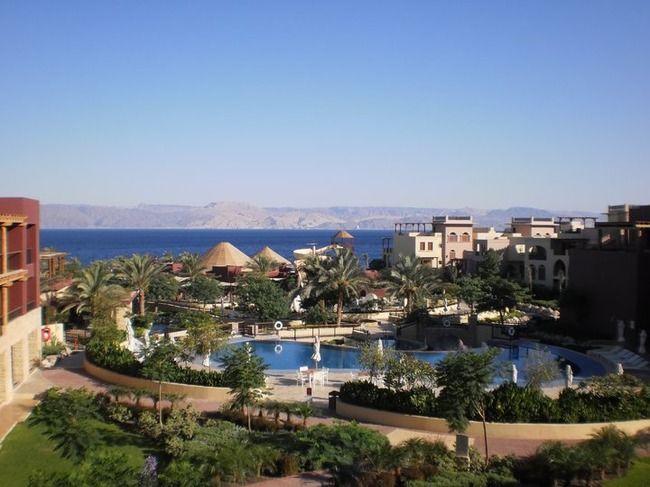 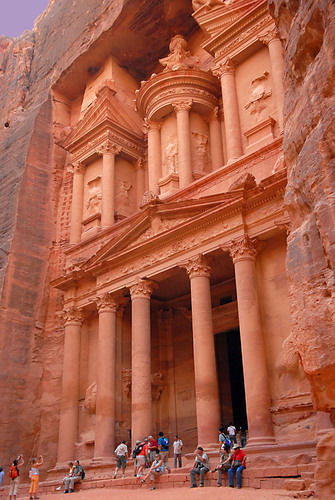 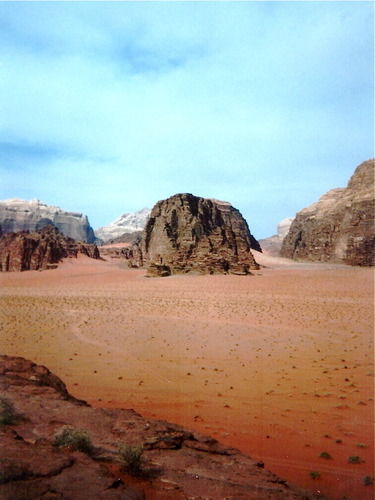 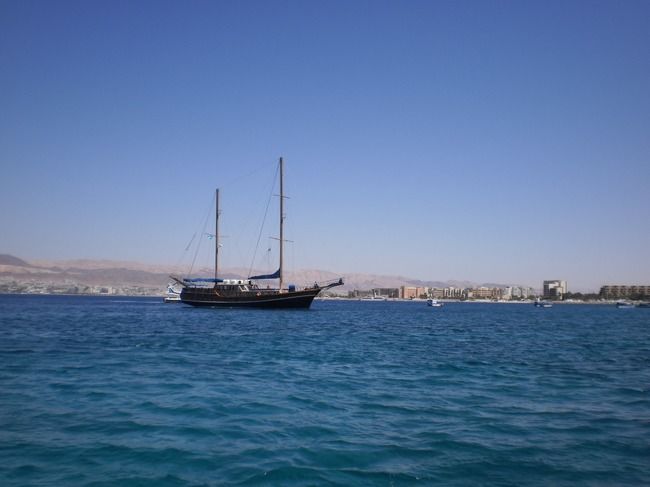 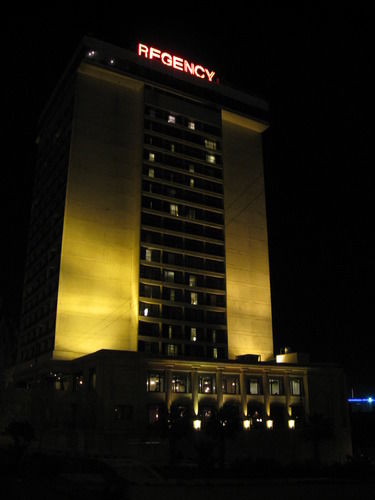 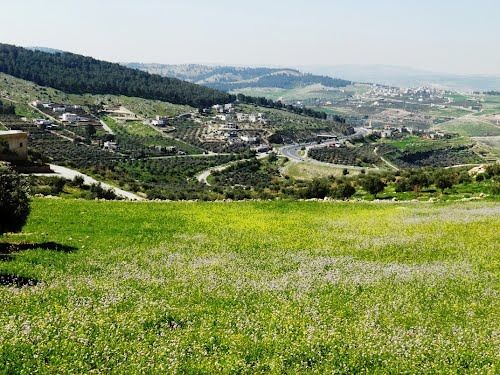 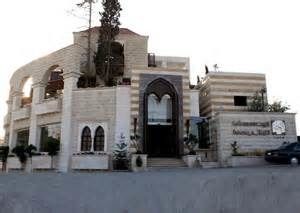 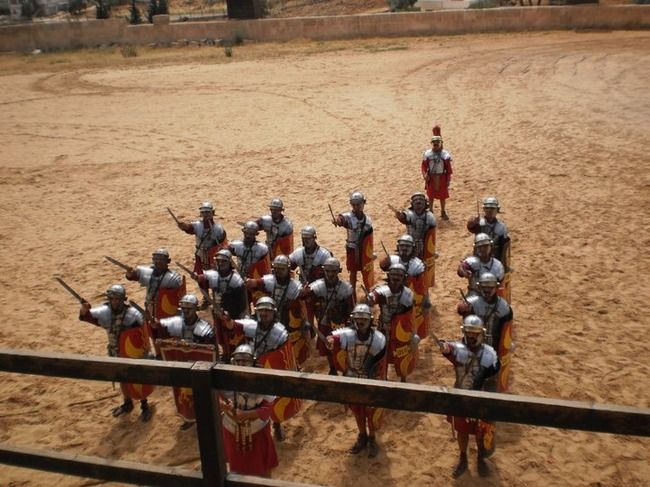