Kerala Travel GuideKerala TripsBe A King For A Day, In This Tiny Hamlet Near Kochi

Be A King For A Day, In This Tiny Hamlet Near Kochi 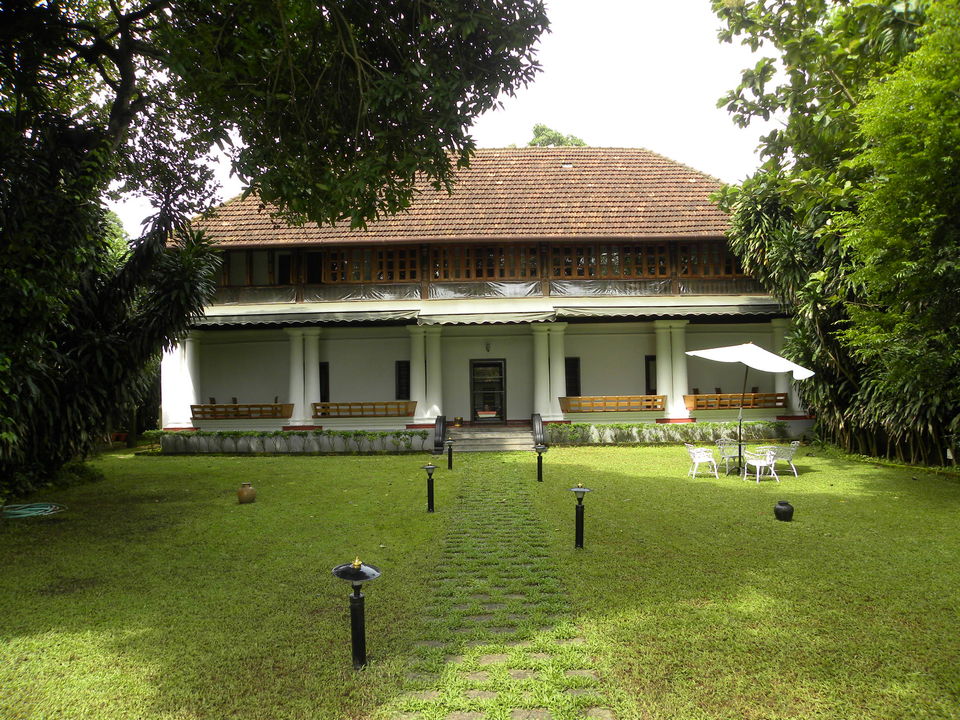 I hadn't really heard of Chittoor till extensive research on 'offbeat things to do near Kochi', threw light on this sleepy hamlet, home to a temple its erstwhile king built for his family deity. This quiet part of Kochi is very different from the hipster Fort Kochi area, frequented by tourists from all over the world. According to the story, a local guide told us, once upon a time (in the eighteenth century) an enlightened monarch, Rama Varma Maharaja of the Cochin royal family discovered that power lies in surrendering to the divine. That’s when the Rajah of Cochin built a temple for his family deity in the quiet hamlet of Chittoor.

He soon realised that while he made frequent trips to the temple, he needed a place to rest there. He built himself a manor just fifty yards away from the temple. Unlike the grand palaces of North India, this abode of the king, built-in wood, was simple yet elegant. The palace housed an entourage that would cater to him when he visited the temple.

Imagine our delight when we found out that this house called Chittoor Kottaram (The house of Chittoor) is available for travellers to book (₹50,000 for two nights for 1-6 adults). When we were about to make our booking, we realised that the property was a single-key mansion. Only one family (with the same last name) could book this property (a mansion with three bedrooms, a kitchen, massive dining hall, a courtyard, a pond, a backyard and an Ayurvedic massage room) at a given point of time. 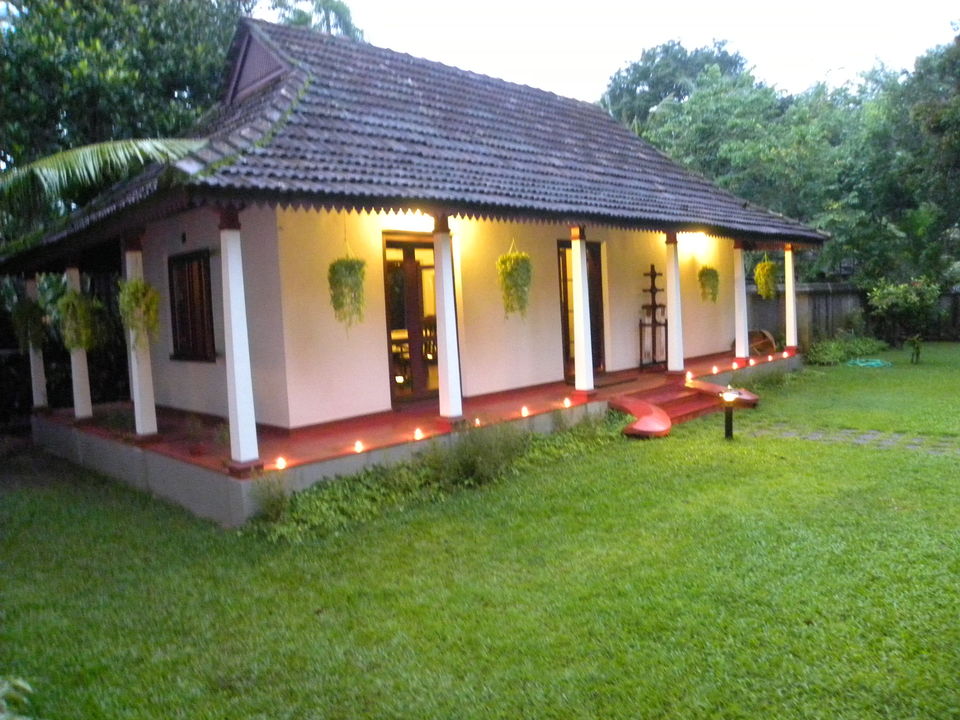 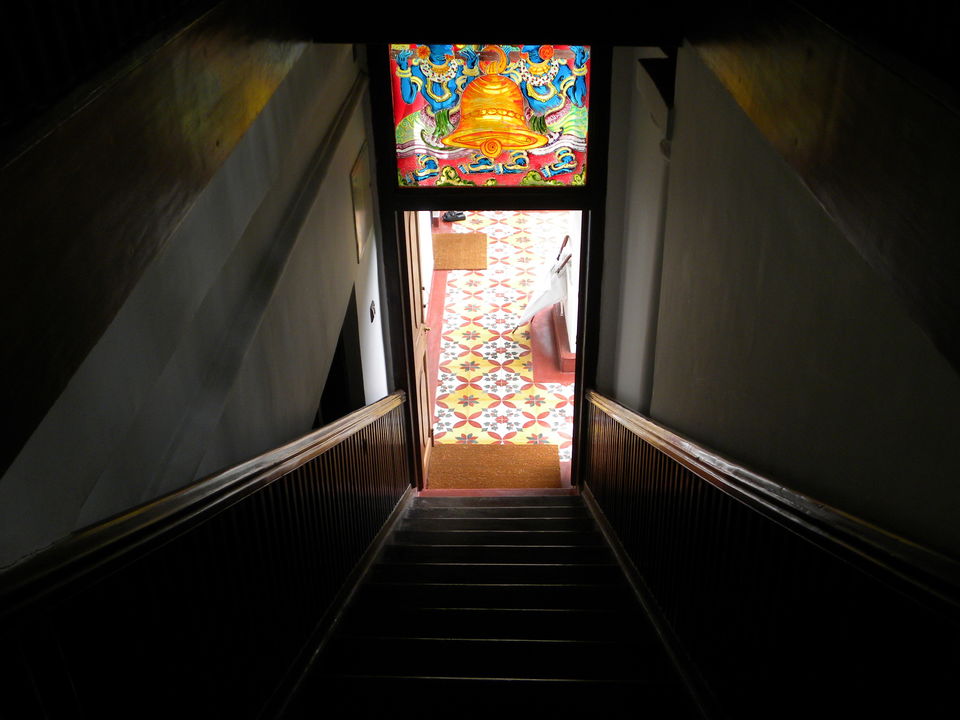 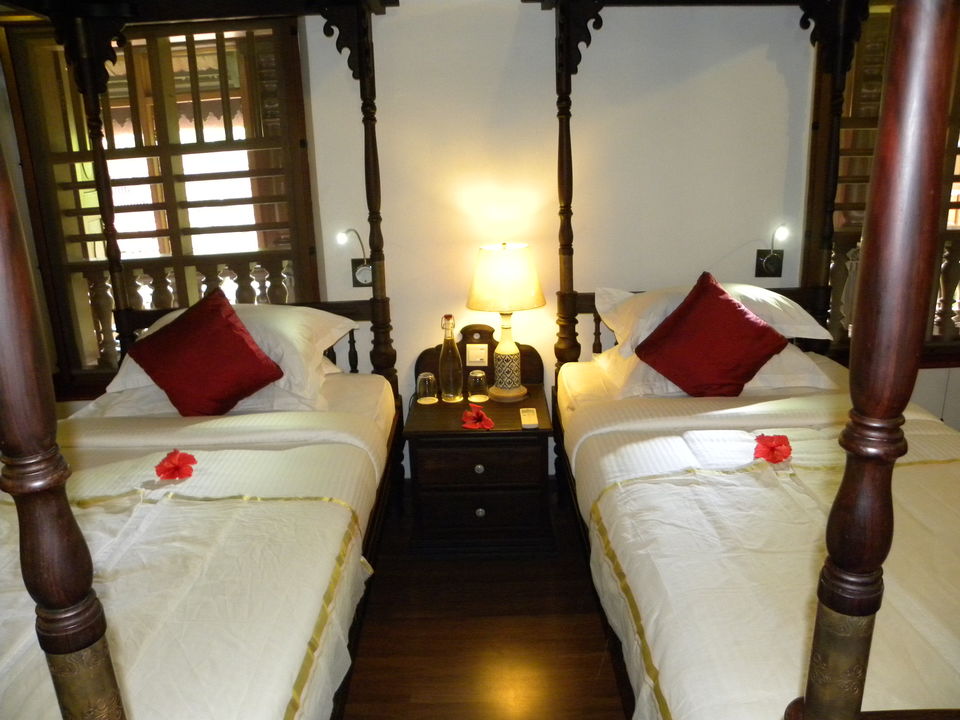 A half-hour long-boat ride took us to the gorgeous, historic mansion that lies by the riverbanks of Chittoor. You can spot the wooden roofs of the building constructed in the traditional style of Kerala architecture, from a distance. At the entrance, our personal entourage extended a traditional welcome to us with an aarti. They held traditional umbrellas over our head, to protect us from the sun and escorted us indoors where we walked through the old cement-tiled corridors with floral patterns. There were two bedrooms on the ground floor, and one on the first floor with an attached living room. The four-poster beds and antique furniture such as carved wooden side tables and ornate chests took us back in time. The staff - a cook, a cleaner, a manager and our own private boatman would be dedicated to us over the next couple of days while the mansion was our home. 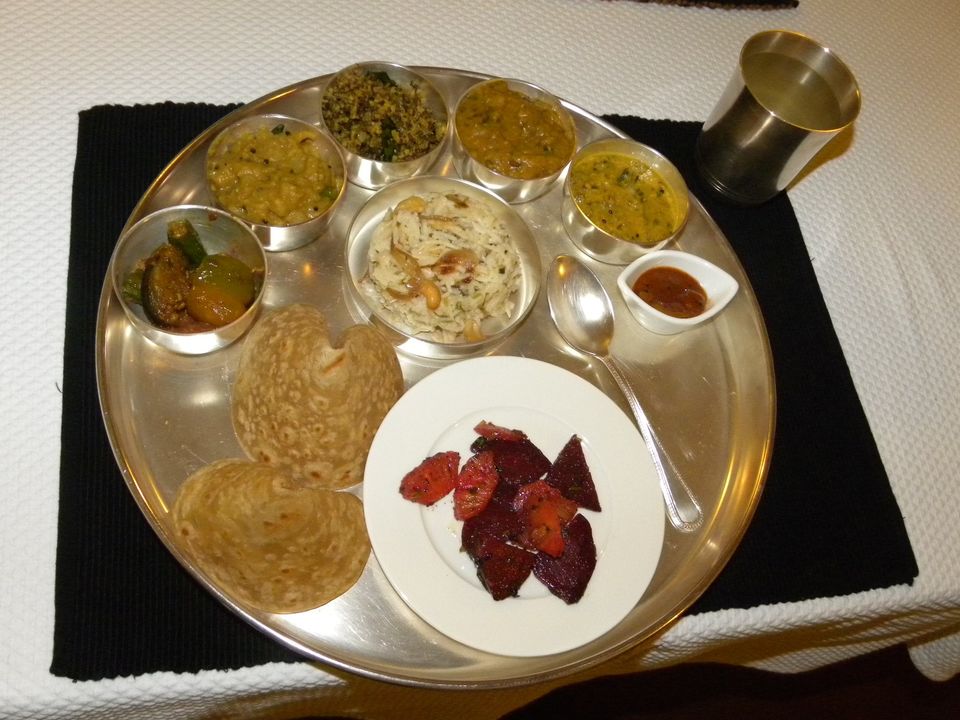 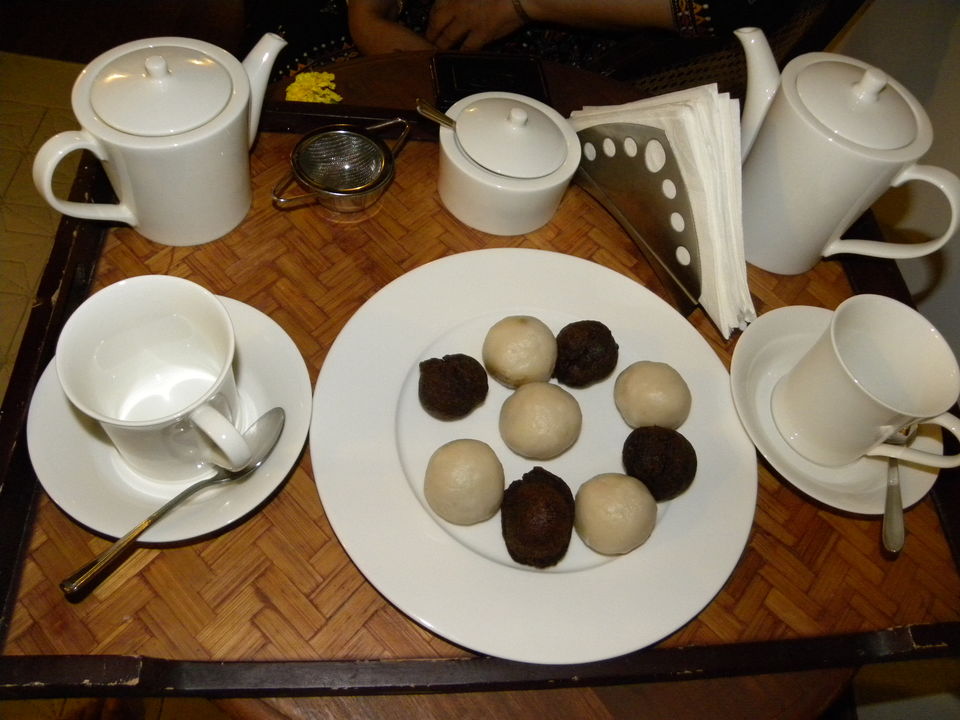 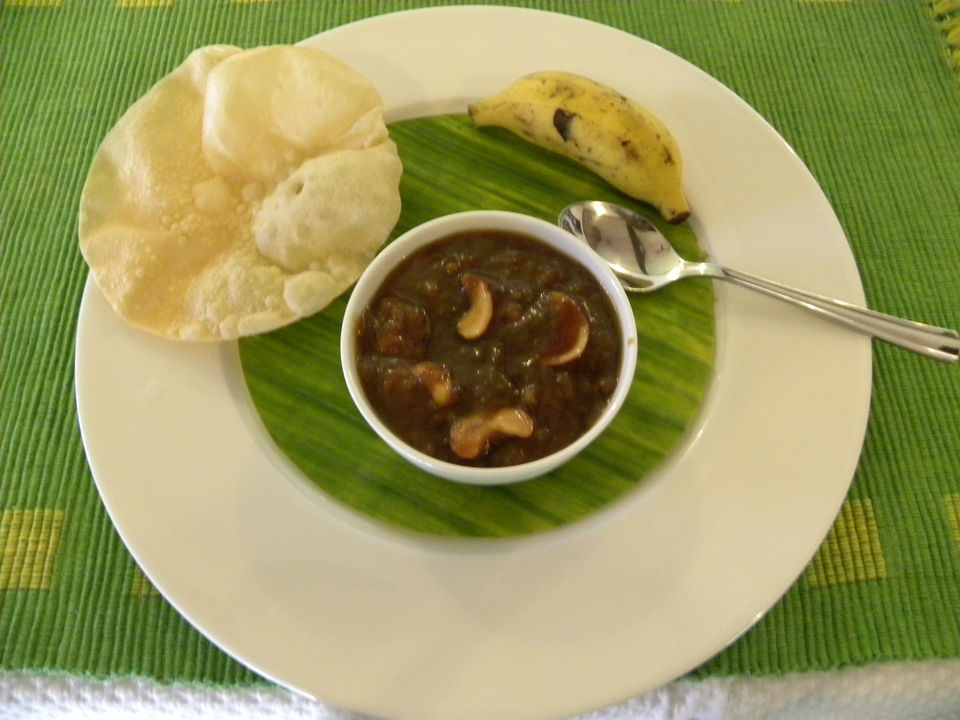 The meals at Chitoor Kottaram are a regal affair too. While the afternoon Sadya (traditional vegetarian Kerala meal) is served on a banana leaf, dinner (featuring fish - fresh catch of the day from the nearby backwaters and meat delicacies) is served in silverware. The chef consults you regarding your tastes, preferences or food allergies before he prepares the meal. We could pick which part of the palace we wanted our meal to be served at – the dining hall, by the waterside with a view of the lake, at the gazebo, in the veranda, or in the company of nature in the open garden. Most ingredients used to prepare our meals were fresh and sourced locally. After a quick snooze (unavoidable after that delicious meal), we were woken up with cups of steaming tea and local snacks such as vadas made with dal and steamed dumplings stuffed with a coconut and jaggery filling. 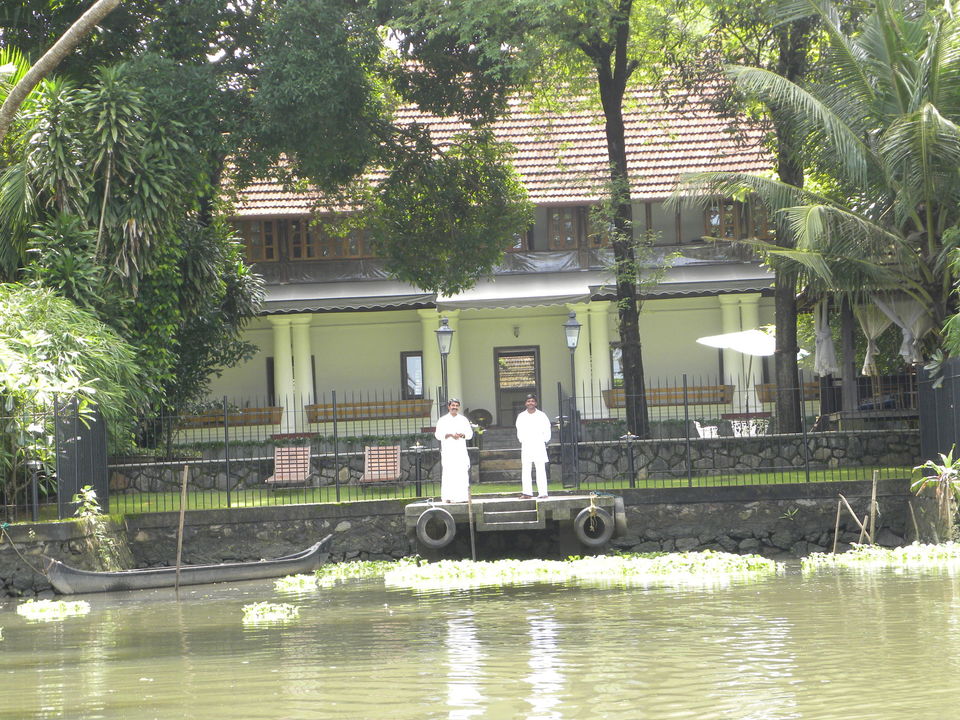 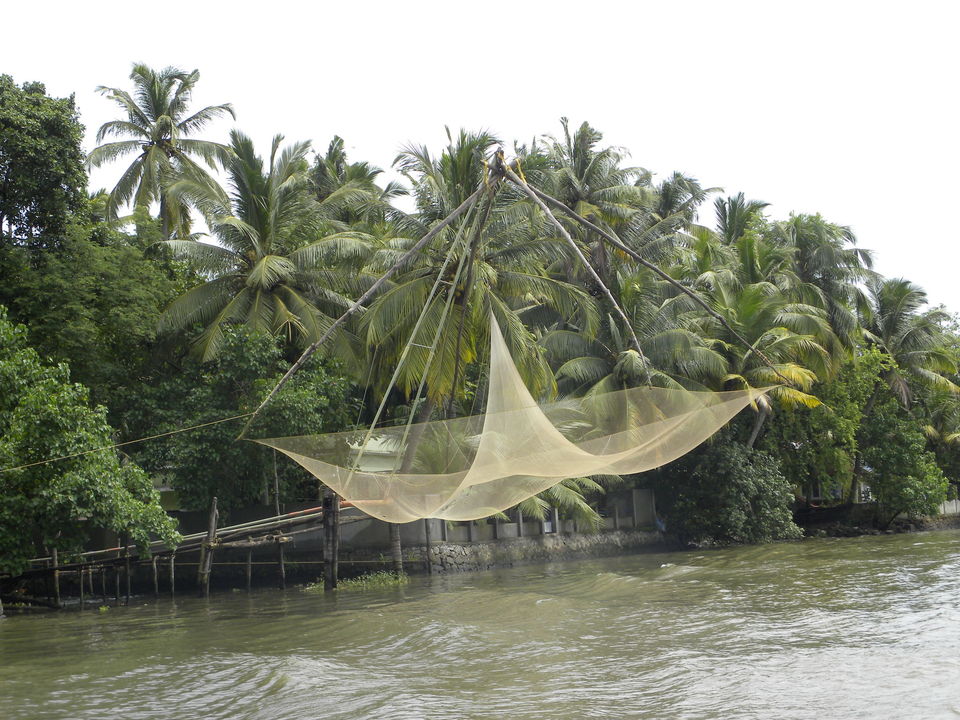 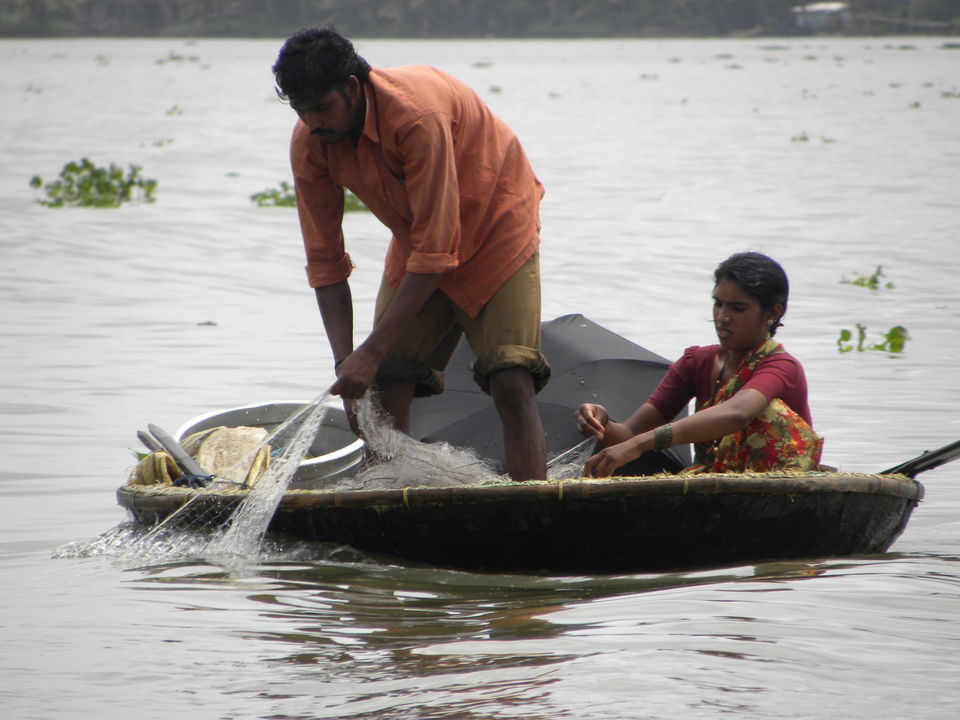 Later in the evening, our private boat took us out for a sunset cruise on the backwaters. We sipped on coconut water and munched on tapioca chips as the boat gently went past idyllic villages snuggled amidst coconut groves. (Trips to Fort Kochi , Muziris and Ernakulam city can also be arranged). When we returned, the light of the sun had faded but the mansion glowed in the warm light of diyas (earthen lamps). Post their evening puja (prayer), the priests from the Sree Krishnaswamy Temple delivered a private performance of devotional songs for us in the living room of the mansion, like was the tradition in the days of the king. Next morning we visited the temple to offer our prayers and then lazed around in the backyard with a book before an ayurvedic massage session. The experience makes you feel special and allows you to spend quiet, quality time with your family while you experience hospitality of a different league, in a setting from an earlier era.

How to get there: The nearest airport is Cochin International Airport (44km) and the closest railway station is Ernakulam Junction (12km). If you make a reservation, a pickup is organised at a Boat Jetty few kms from Airport. Guests are able to reach Chittoor directly as well (about 15 kms from Ernakulam Town centre).

Best time to go: October to February: Winters are by far the best time to visit as the weather is pleasant.