I rolled down the car windows to let the fresh air in. The plateau landscape on both sides was unique - table-top brown structures surrounded by pristine greenery. I had traveled about 20 km from Khajuraho in Madhya Pradesh and was about to reach ‘Raneh’ waterfalls, the ‘not-so-explored’ natural waterfalls formed by river Ken during monsoons.

The last mile was through a jungle road. From the main viewing point, I could only see a spooky pond. My guide told me that this had been a shooting location for the movie ‘Kamasutra.’ However what I saw next was incomparable to anything else I have seen in India. A 5 km long, 100 feet deep canyon made of crystalline and weather beaten granite/ dolomite rocks with river Ken flowing through the ravines. Known to have been formed 460 million years ago due to volcanic eruptions, it truly qualified to be called “Mini Grand Canyon of India.” Mesmerized with the view, I sat on the rocks overlooking the canyon. The water was so clear that I could see the rocks underneath. The area was well maintained by the forest department and the guides were quite knowledgeable. I got to know that during monsoons, the entire area gets filled with water and hence the canyon is not visible. Later, I stopped by at a shop near the entrance which sold safari gear and accessories and picked up a military green jacket with multiple pockets and a hat. I was already preparing myself for the wildlife safaris planned at my next stop - the ‘Panna’ tiger reserve..

The reserve, primarily comprising deciduous and teak trees, had lost all its tigers to poaching in 2009. Subsequently, the big cats were reintroduced from other reserves in Madhya Pradesh like Pench, Bandhavgarh and Kanha to revive their population. Of the founder population, four were females (T1, T2, T4, T5) and one male (T3.) WWF (World Wide Fund for Nature) had lent technical support through radio collars and remote surveillance systems to monitor the translocated tigers. The results were in favour as the tiger population rose to 30 in 2014. The wildlife in the reserve is sustained by river Ken which flows through the reserve and is one of the cleanest rivers in India.

I stayed at ‘Ken River Lodge’, situated on the banks of river Ken and about a kilometer from the national park gate. As I reached the lodge, a resident naturalist greeted me. He was my guide for jungle safaris over the next few days. The lodge is meant for nature lovers. My cottage was a concrete structure with a private sit out surrounded by dense forests and other lodge huts. The room had rustic furniture, dim lighting and a fireplace. An old cooler was fitted in the window, the white painted walls were damp and cold. The shower area in the bathroom was marked with the huge bark of a tree.

“It must be freaking cold and lonely out here at night,” I thought.

I went out to explore the rest of the property. A sprawling tree house stood high on the river bank and housed a reading room and a restaurant. I got to know that the tree house had been destroyed by floods and re-constructed twice before. The nearby woods had a small area earmarked by a sand beach and an abandoned rowing boat. This later turned out to be my favorite hangout where I would spend hours watching the river stream drift slowly with the soft breeze, photographing kingfishers perched on small rocks in the middle of the river, reading a book and watching the sun go down gradually.

The mornings were marked by hurried tea sessions at dawn followed by safaris in open Suzuki jeeps through the undulating jungle tracks for hours with short breakfast breaks. We chased the elusive tigress ‘T1’ and her cubs relentlessly who had been prowling in one of the zones. It was fun to observe the naturalist and the jeep driver interpret alarm calls made by troops of ‘langurs’ and deer. All throughout, the warm blankets and hot water bottles from the lodge staff kept me comfortable whether it was from the biting cold air gushing on my face as the jeep hurled its way or at bedtime when I would retire early to prepare for next morning safari.

Spotted deer, wild boar, ‘sambhar’ and wolf were common. My naturalist kept narrating his experience when he had spotted two sloth bear playing under a mini waterfall last monsoon. Apparently, special permission had been sought to enter the park at that time which remains closed during rainy season. Panna was also a brilliant place for watching birds like stork-billed kingfishers, plum-headed parakeets, serpent eagles, spotted owlets and white-browed fantails. In the lodge, the lethargic house cat would ensconce itself in the warm ashes left from last evenings’ bonfire. The three playful pet puppies named ‘coffee’, ‘cocoa’ and ‘caramel’ would bask in the sunshine and slide over the potted plants.

Long bonfire conversations with owners Vinni and his wife, fellow guests and lodge staff characterized the evenings. Of course, the dominant topic was tiger tales. I learnt that tigers, being shy and lonely creatures, lived and hunted alone unlike the lions who moved in herds. Tigers were nocturnal which meant they would mostly hunt at night. Summers were an apt time to spot them as they would throng near water bodies to quench their thirst. One night while having dinner which mostly comprised a multi-cuisine buffet, I was startled as the pet dogs suddenly started howling and running in one direction.

“Oh, don’t worry…must be a wild boar or a sloth bear,” said the unfazed landlady.

I sighed and closed my eyes. The rustic charm of this place had begun to grow on me. Last evening, I took a boat ride to a small island near the lodge. The boat was old and rickety and my feet got all wet as the water gushed inside. Nevertheless, we somehow maintained balance by decanting the water from the boat. I watched the sun go down and noisy birds return to their homes from the aloof island and promised to return in search of the elusive tiger – this time in summers. 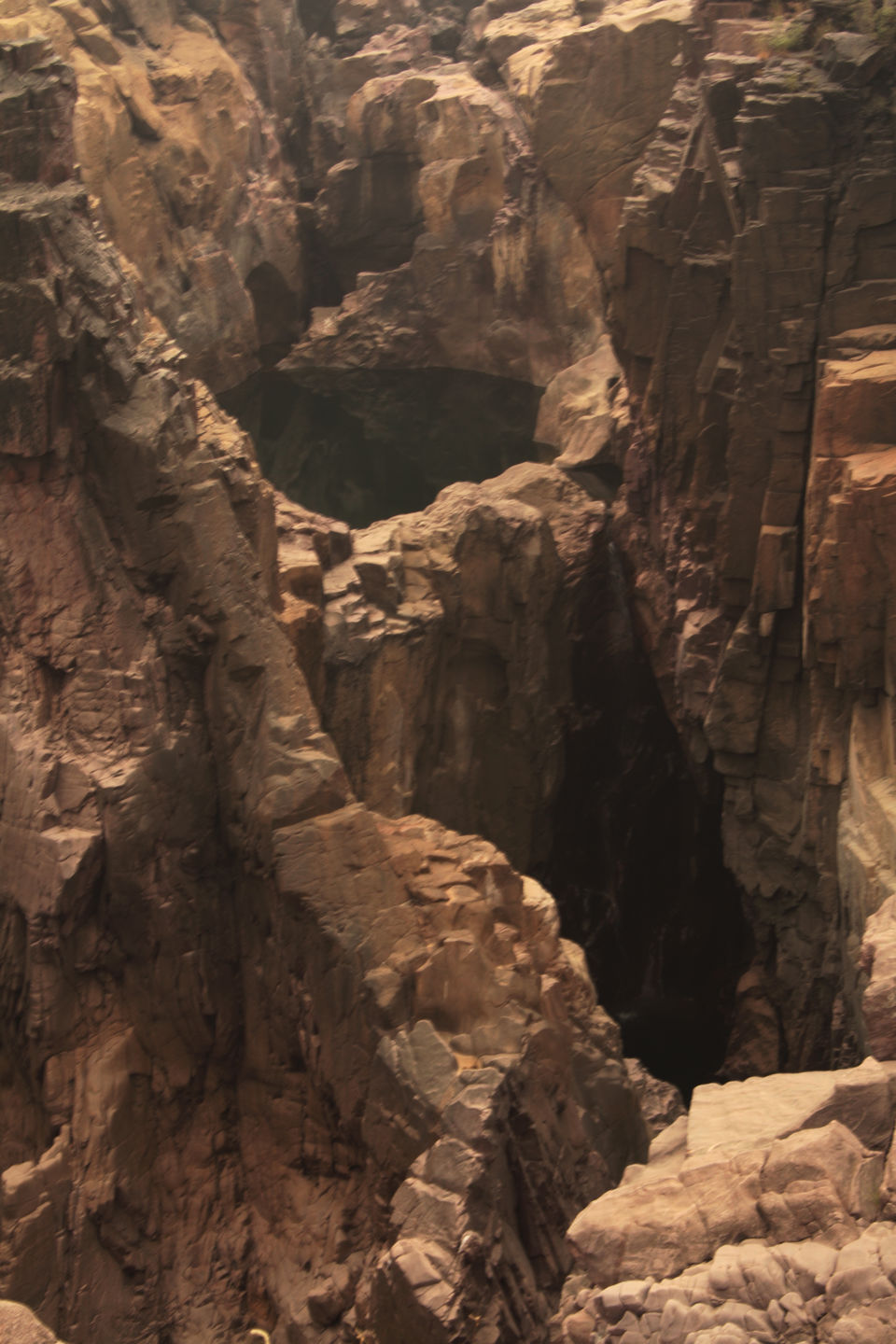 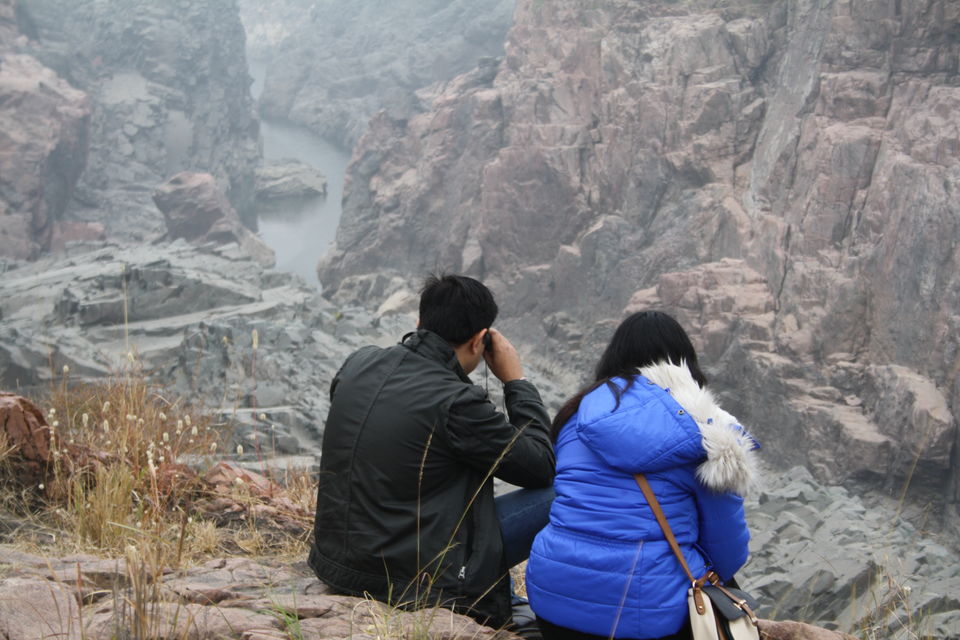 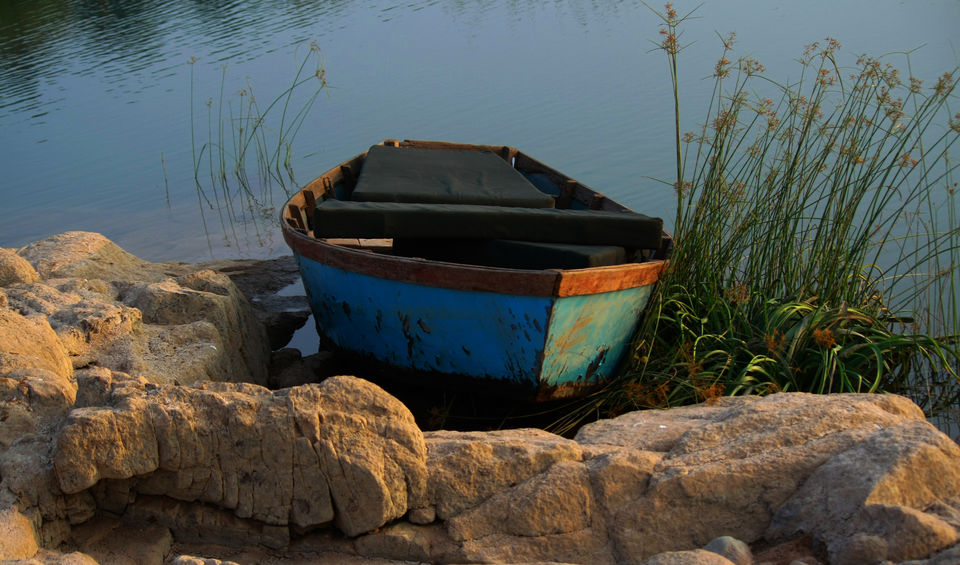 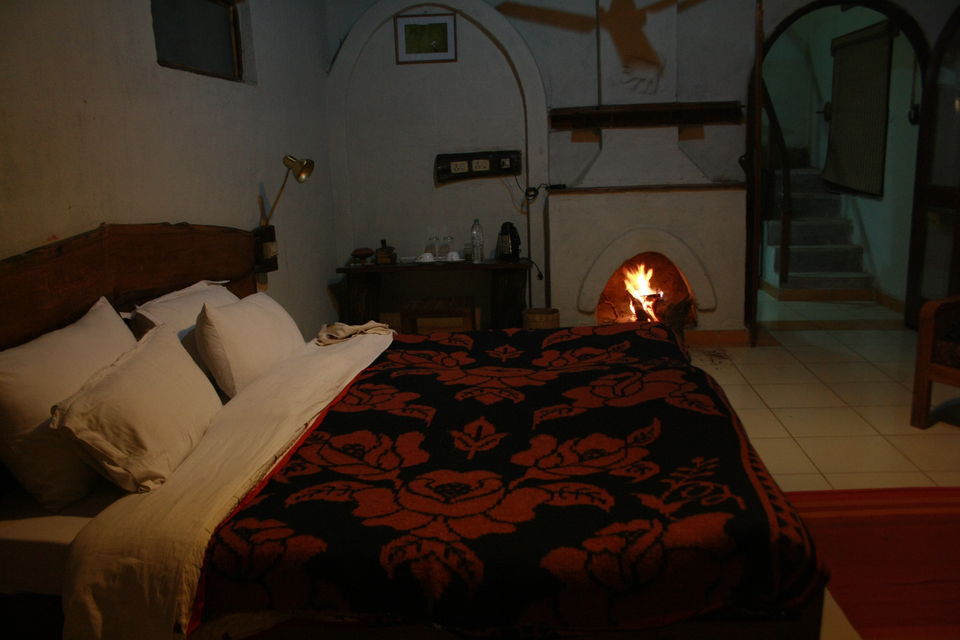 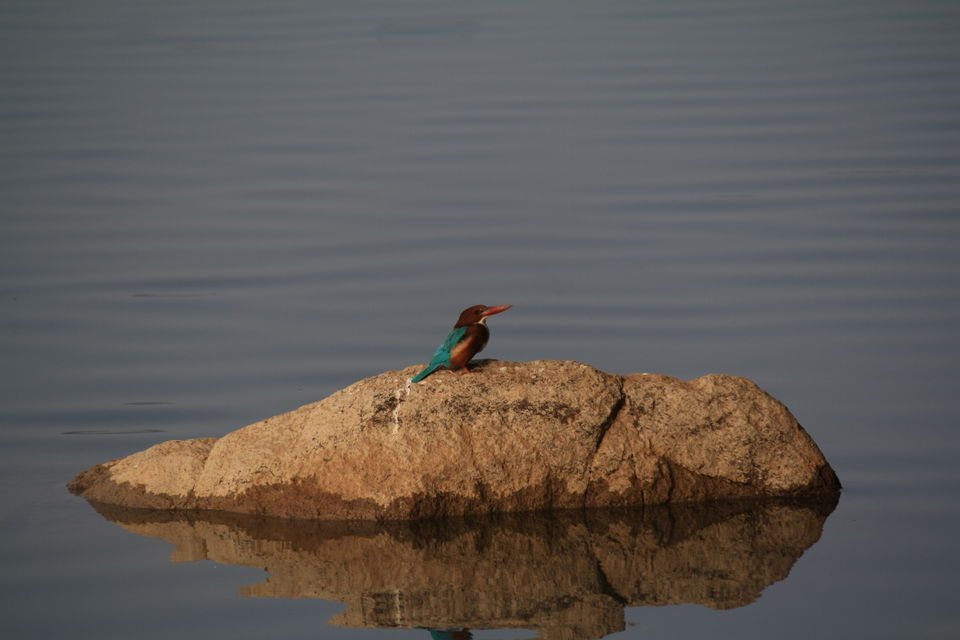 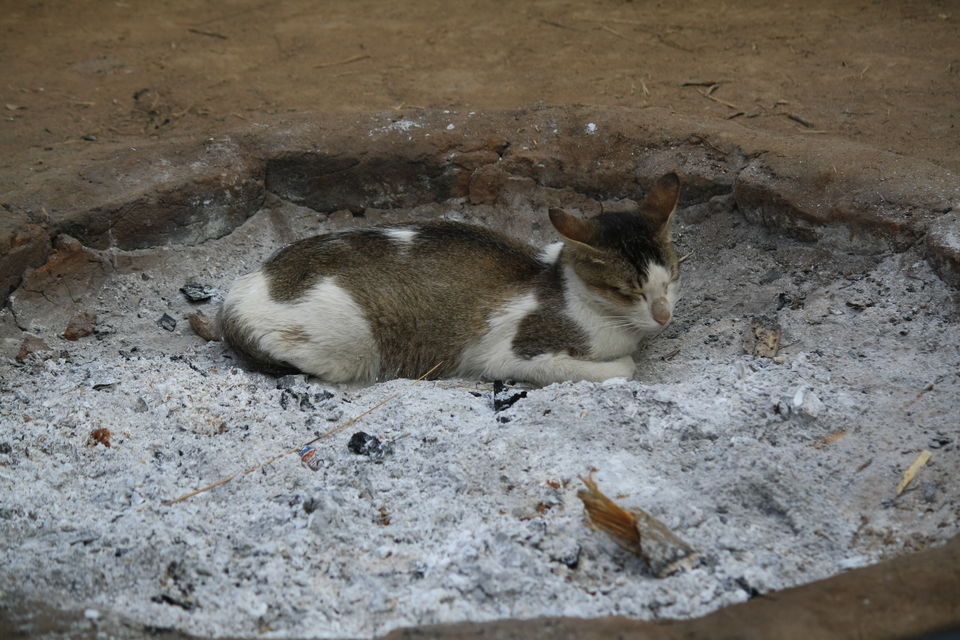 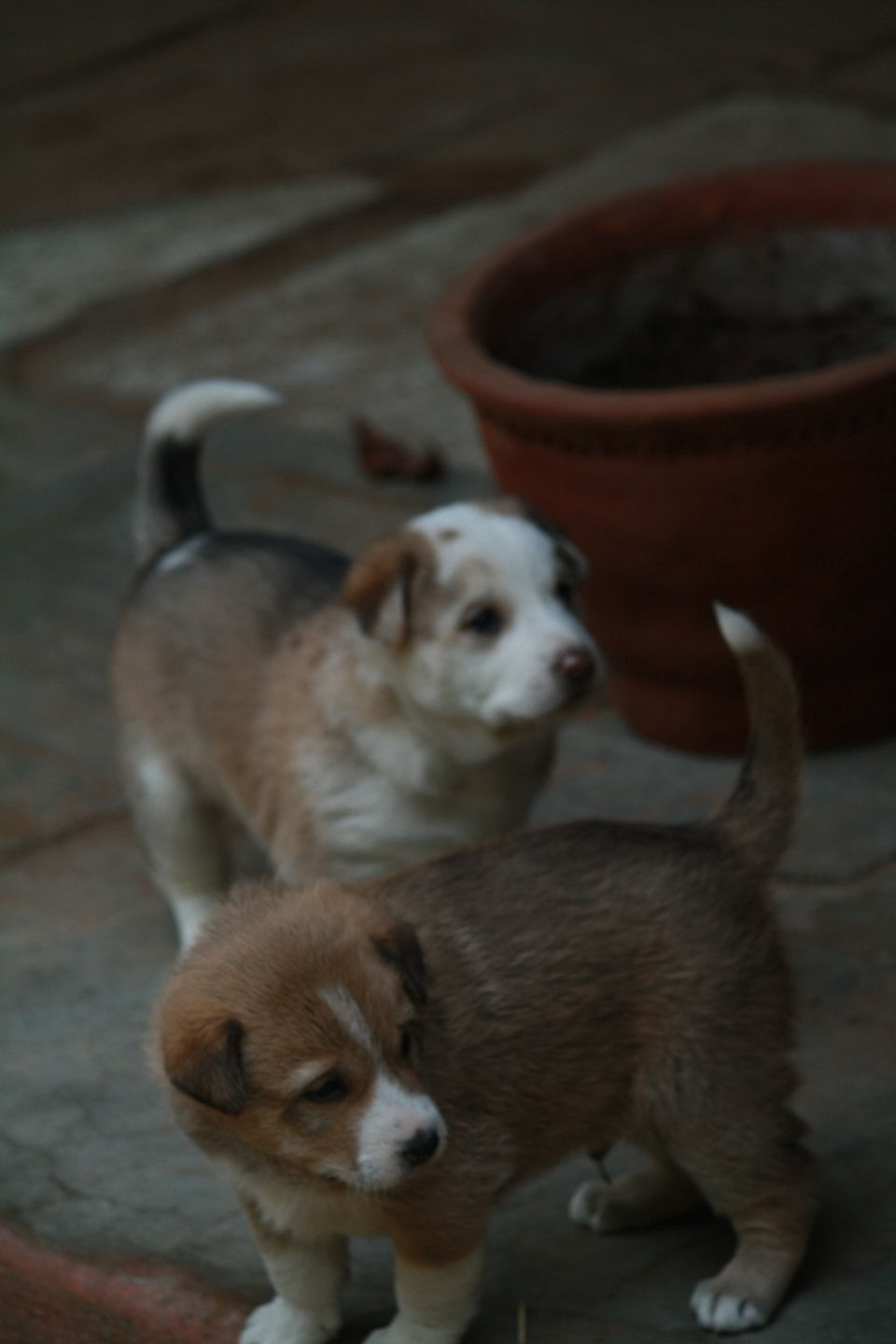 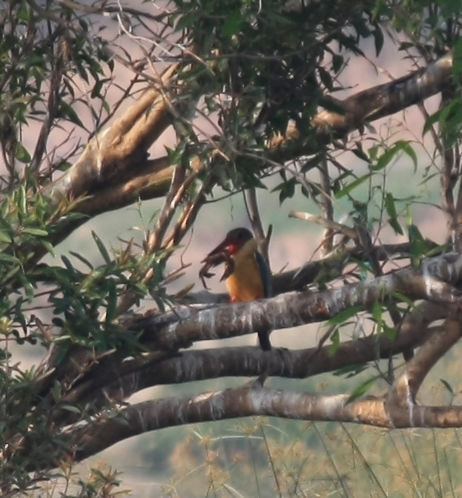 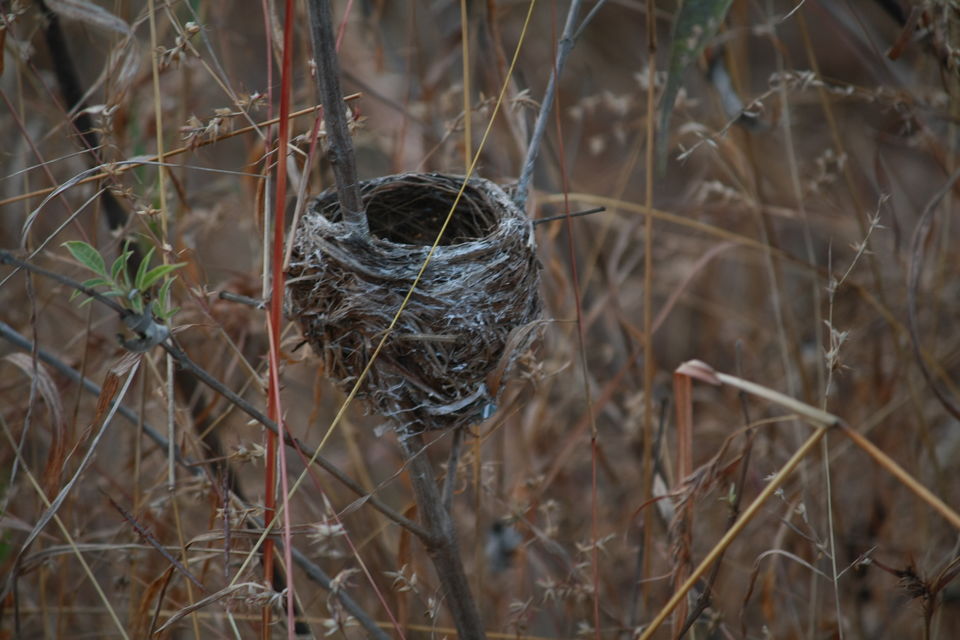 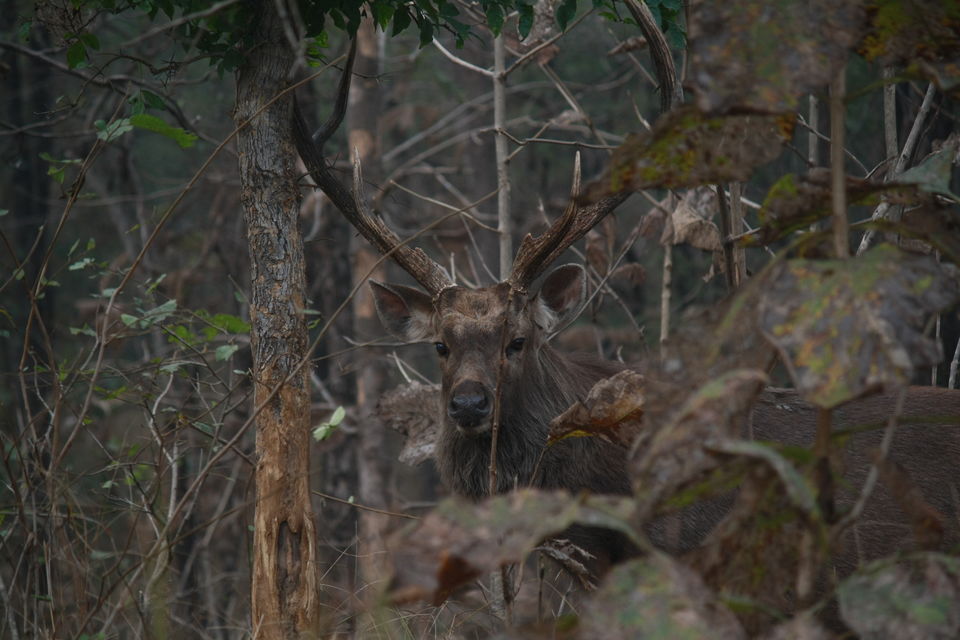 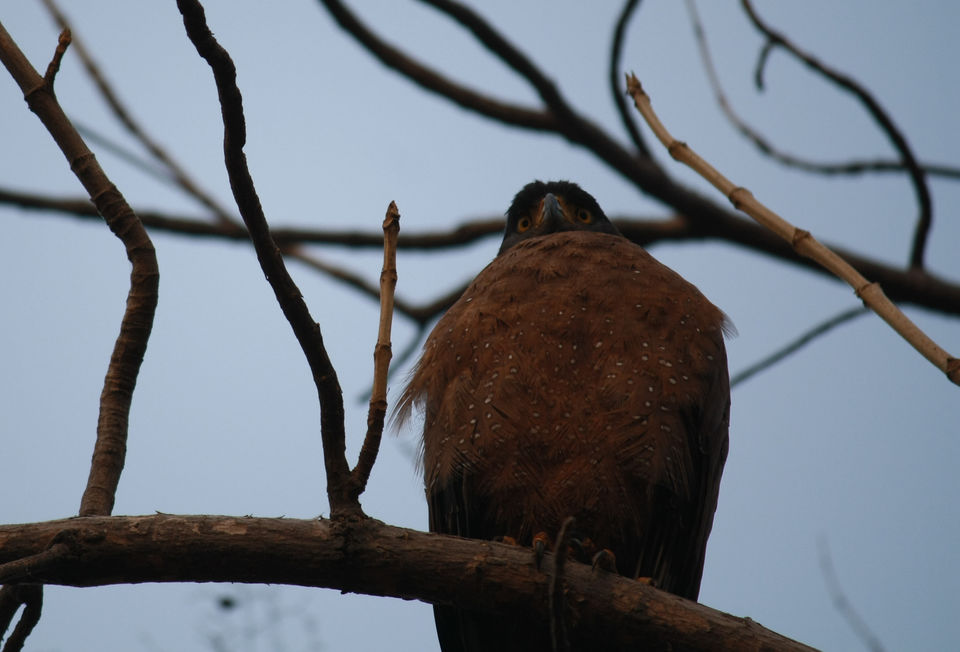