IMD Issues Orange Alert In Mumbai Due To Heavy Rains 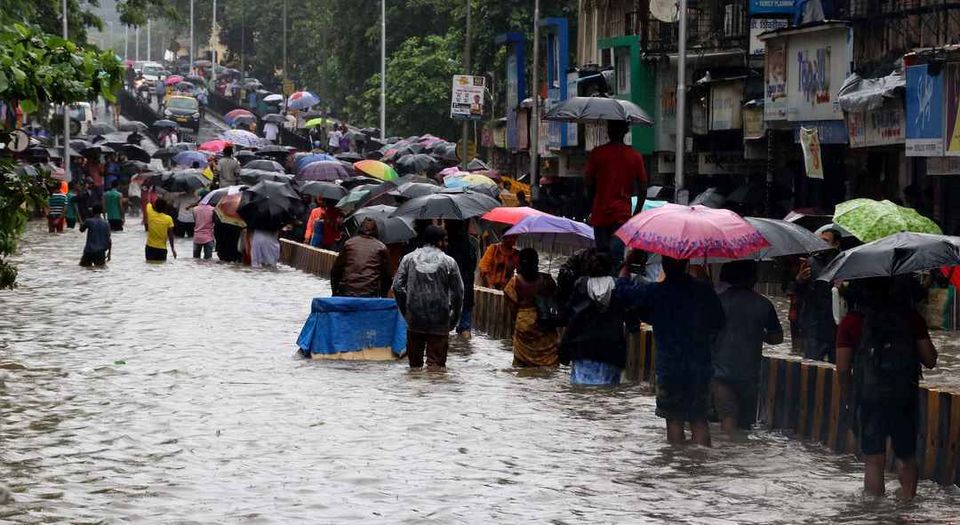 After waking up to heavy rains in the morning almost every day of the week, people of Mumbai have been facing heavy water-logging across the city. Leaving routine life paralysed, it has caused great discomfort to the residents and visitors of areas such as King Circle and Gandhi Market. Areas like Sion, Dadar, Parel and Byculla reported heavy rains this week.

Meanwhile, the Meteorological Department (IMD) issued an “Orange Alert” for many places including Mumbai, Thane, Palghar, Raigad, Sindhudurg and Ratnagiri. As per the forecasts, all these areas will face heavy downpour.

There is however hope that the same will recede by Thursday and reduce to light rain by the weekend. The average temperature during the week is expected to average between 24 to 28 degrees Celsius. Heavy rainfall ideally ranges from 64.5 mm to 115.5 mm and very heavy rainfall ranges from 115.6 mm and 204.4 mm. An orange alert is issued when rainfall is expected to hamper the daily life of residents of a place.

Dampening the festive spirit, this downpour is also causing a lot of traffic hassles for visitors keen on Ganpati pandal hopping and holding celebrations in their own home during the ongoing festive season.