FORT TIKONA a trek to the ecastasy and nature 's prosperity

We travelled on our scooters from PUNE. so it was only 65 km away fom my house. it was really an exahlirating experience for me.ONLY PROBLEM is food if you dont like maharashtra cusine like bhakri, basan ,onion,buttermilk. IF you love it then voila this destination is tailor made for you.

The fort is a trekking destination noted for the large doors, the temple of 'Trimbakeshwar Mahadev', a water tanks (seven water tanks) and some Satvahan caves. Trek organisers also commend the views of Pawna dam and the nearby forts of Tung, Lohagad and Visapur. There is Pawana lake at the summit. 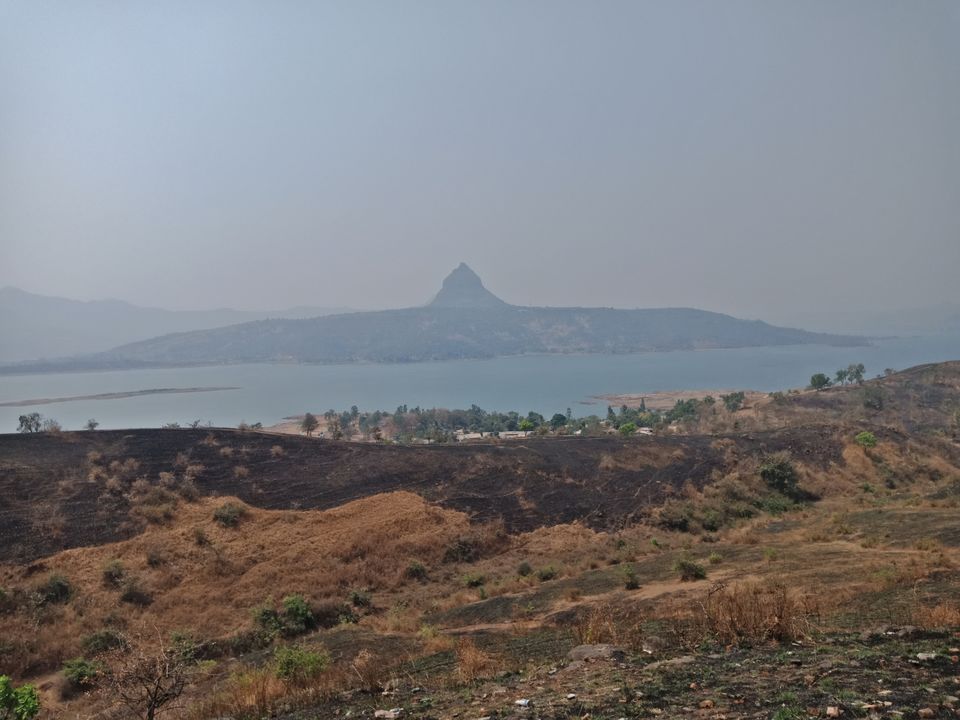 Fort Tikona from below 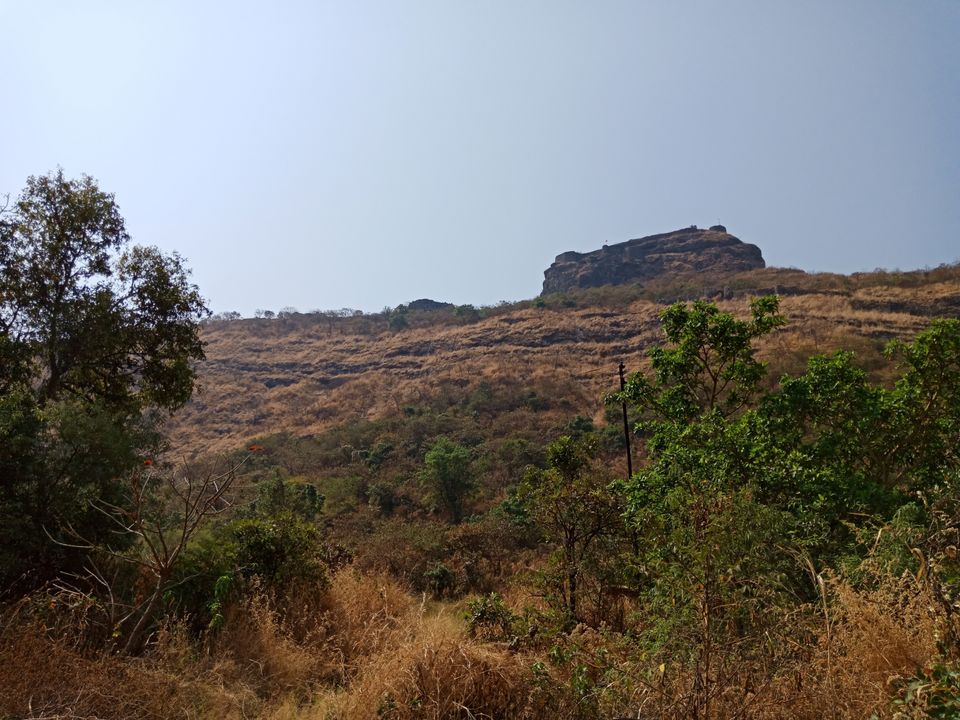 Ariel view of pavana a man made lake 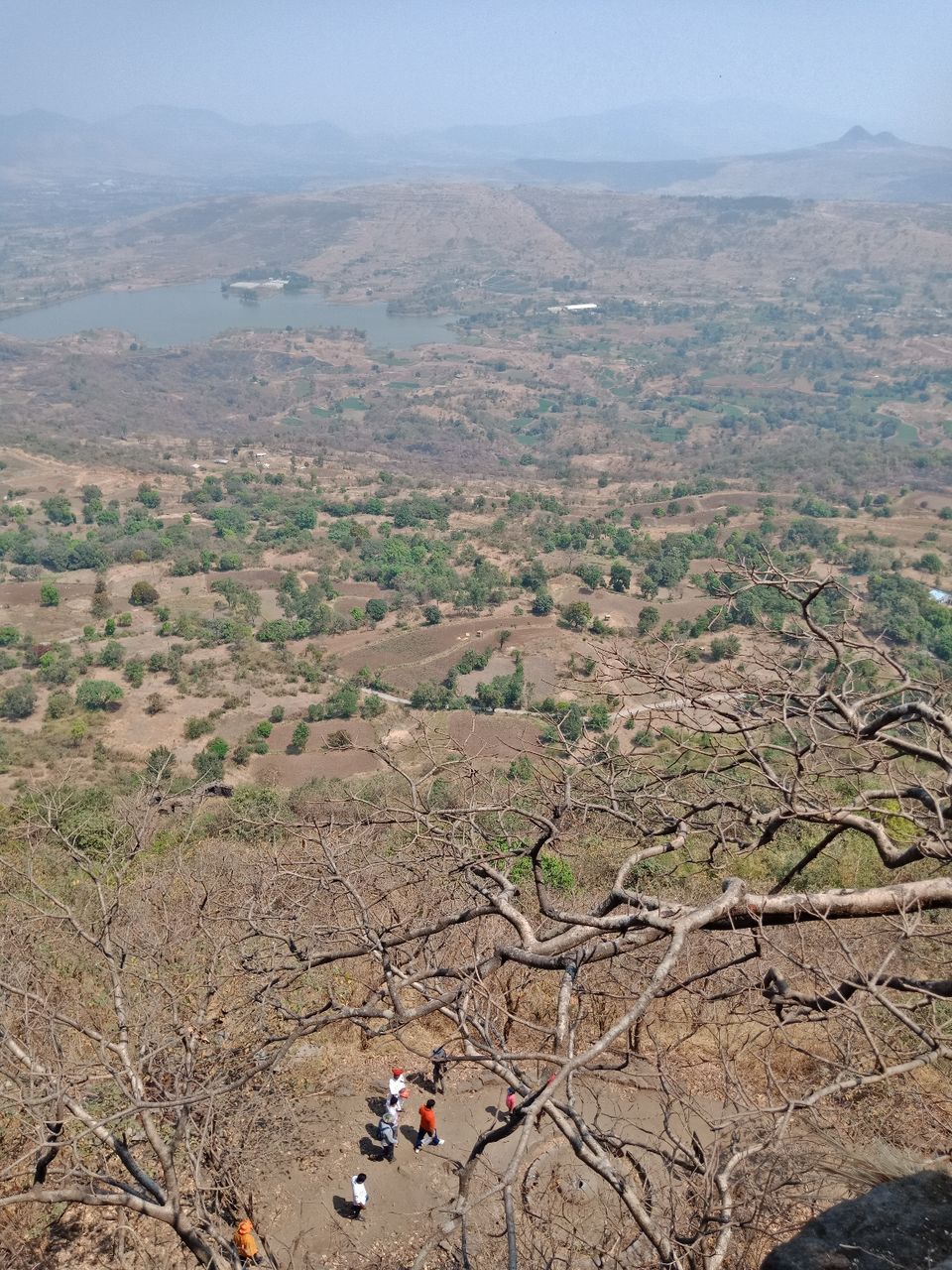 Temple and cave below 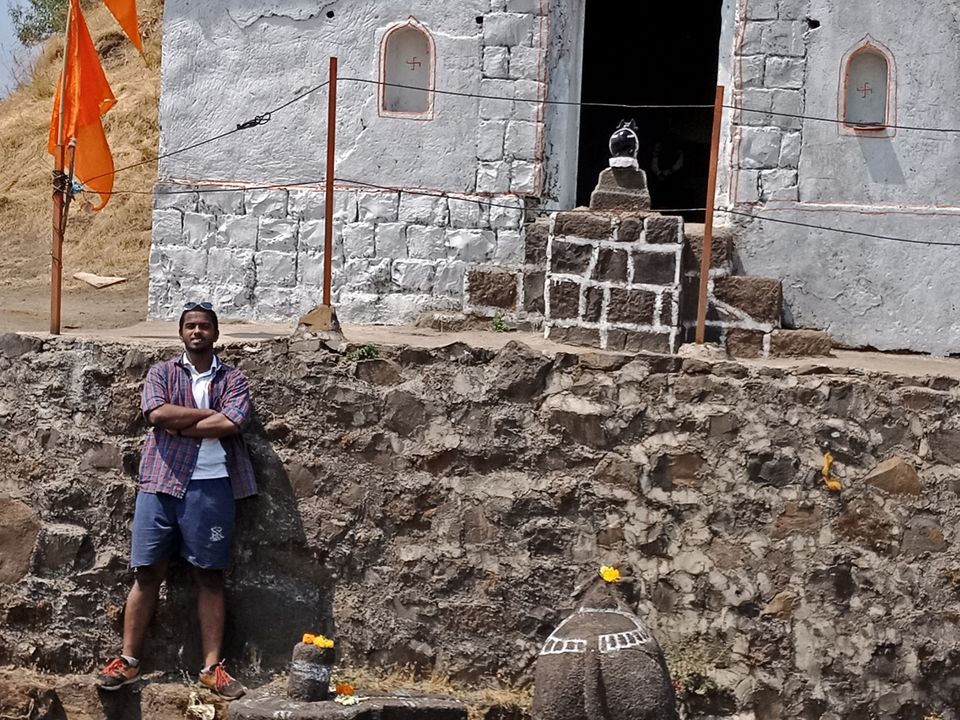 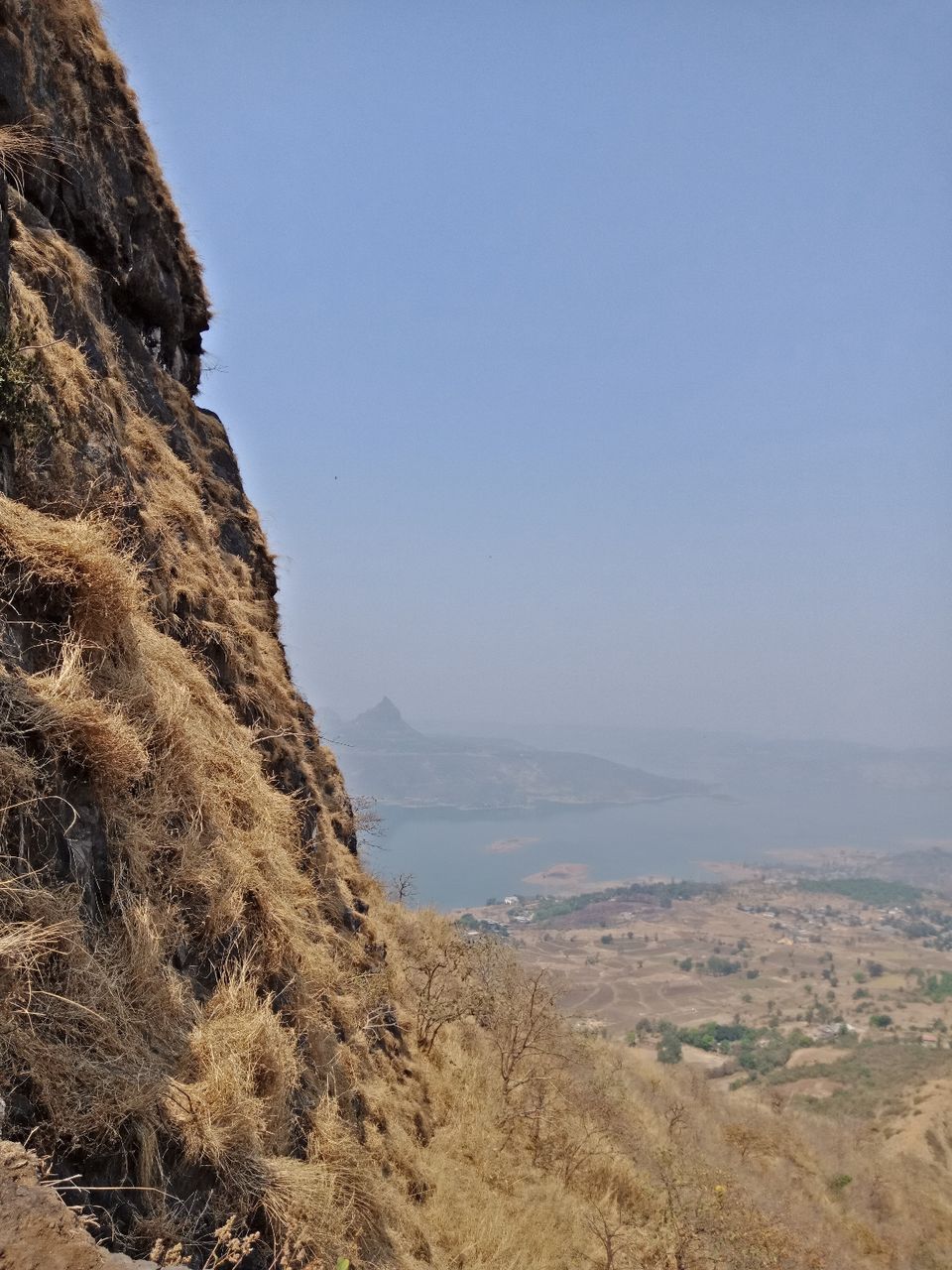 INFORMATION OF FORT and it's Historical background

Little is known about the origins of this fort. There is a vihara on the fort datable to circa seventh-eight centuries A.D. Malik Ahmad Nizam Shah I of the Nizam Shahi dynasty conquered the fort in 1585 and annexed it to the Nizam territory. In 1657, Shivaji Maharajbrought the whole of Konkan, which had been Nizam territory, under his control when he conquered Tikona along with the forts of Karnala, Lohgad, Mahuli, Songad, Tala, and Visapur.[3] This fort was a strategic nexus: the centre of control for the entire Pawana Mawal region. In 1660, Dhamale family, the Deshmukhs from Maval region were charged with ensuring the security of fort Tikona. Jaysingh invaded the region in 1665 and attacked the local villages but the forts held out. Tikona fort was surrendered to the Mughal warrior Kubadkhan, who had attacked the region together with Halal Khan and others, according to the Treaty of Purandarsigned on 12 June 1665. Kubad Khan took over the fort on 18 June but it was later recaptured by the Marathas.In 1682 King Sambhaji met Aurangzeb's son Akbar. After the meeting the Akbar was offered to stay on Tikona fort, however he was shifted to Jaitapur as the climate didn't suit him.A small battle was fought by Maratha army with British in 1818, before it was captured by the later. 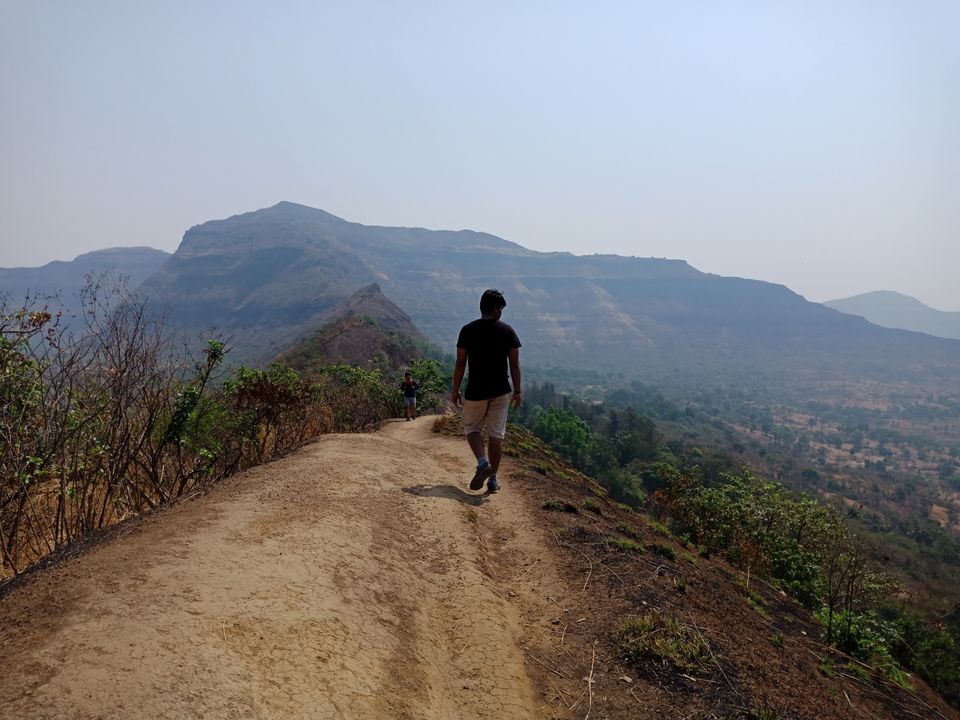 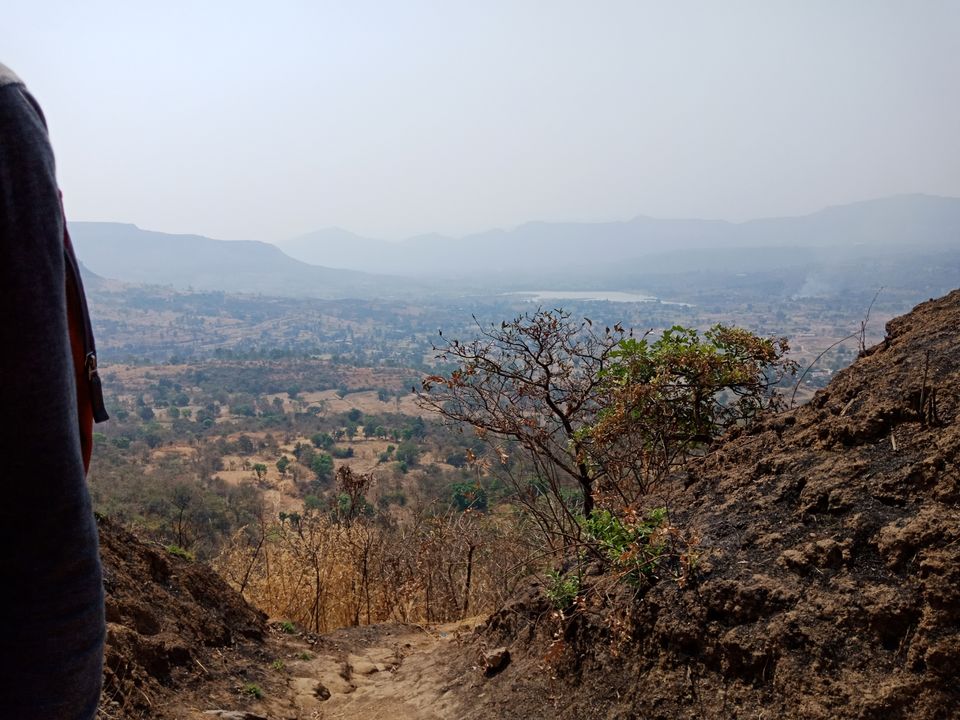 VIew of Other forts Can be seen from top most part of the fort.sadly visibility in mist is impossible to see other forts. 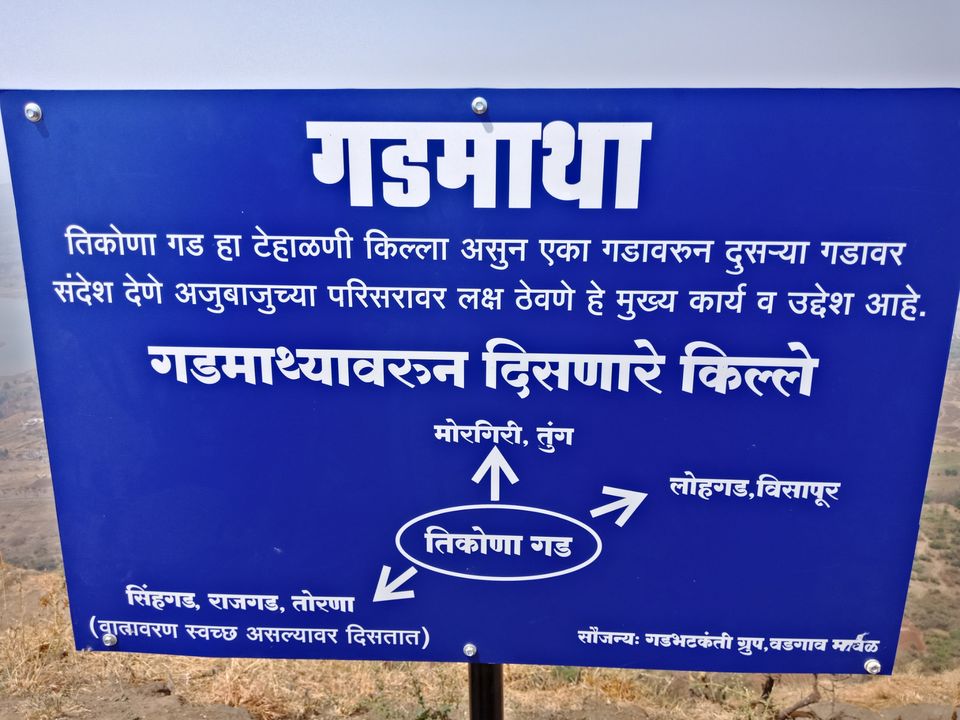 The nearest town is Kamshet which is 51;km from Pune. The base village of the fort is Tikona peth which is 26 km from Kamshet. There are good hotels at Kamshet, now tea and snacks are also available in small hotels at Tikonapeth and Kale colony. The trekking path starts from the hillock south of the parking area near Tikonapeth. The route is very safe and wide. There are few trees on the trekking route. It takes about an hour to reach the entrance gate of the fort.There are very steep and high, which makes the climb a thrilling experience.There is very less space on the fort. It is advisible not to accompany large groups for climbing the fort. The steps are so narrow that only a single person can climb at a time. The night stay on the fort can be made in the caves either near the entrance of the fort or on the top of the fort. The villagers from the local fort restoration committee in the Tikonapeth make night stay and food arrangements at a reasonable cost. The Bedse caves which are on the way from Kamshet can also be visited on the way to Tikona on the same day.