One of the craziest and yet unexplored festival that celebrates the birth anniversary of the community Deity of the Shepherds -Vitthal Birdev Maharaj, a reincarnation of Lord Vishnu. The Shepherd community from Andhra Pradesh, Karnataka and Maharashtra assembles here and immerses themselves in the madness of celebration with Turmeric powder.
The most important ceremony is the forecasts by Shree Kheloba Rajabhau Waghmode known as the ‘Baba’ of the devotees, who walks 17 days from his village to reach Pattan Kadoli for the festival. Huge traditionally decorated umbrellas are brought in to welcome the Baba and a procession with drums and traditional music accompany this. After the darshana, they march to the open area where the celebration takes place. Playing the drums, spinning the huge umbrellas, singing folk songs, dancing and doing acrobatics are the modes of celebration.
After a few rituals, the holy sword is handed to Baba. It is believed, that God descends into him and his performance with the sword mesmerizes the devotees. The entire gathering then proceeds into the temple again. The most important ceremony of this fare is the forecasts made by Baba. He makes predictions about the climate, crops, business and health for the coming year which has immensely benefits the farmers every year. 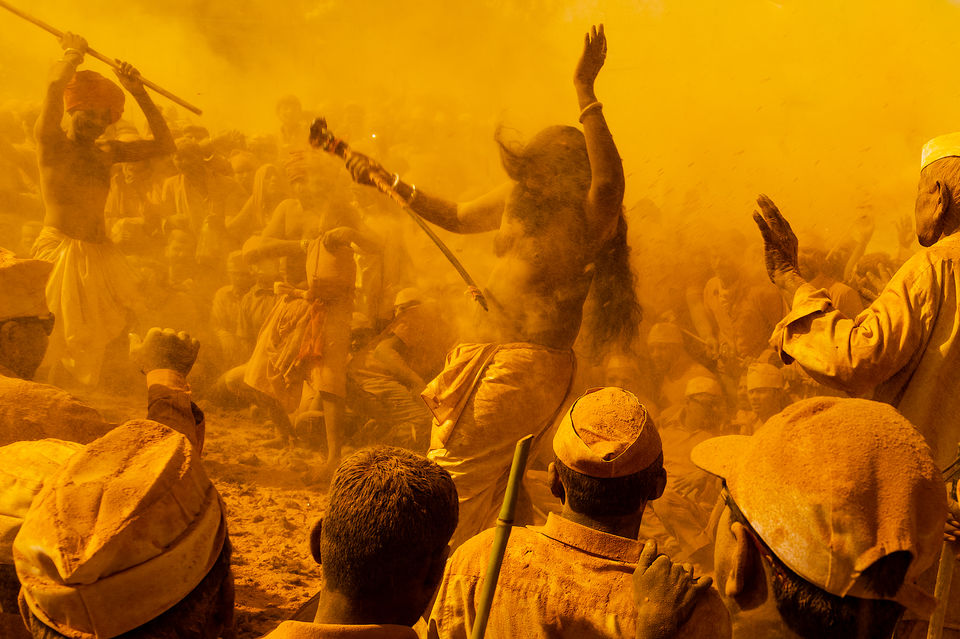