I was fortunate to get to explore Morocco’s hidden gems recently with a company by the name of Water by Nature. The owner and guide, Hamish McMaster, has water running through his veins.  I was impressed with the passion he has for adventure on the water, and for sharing that passion with others, like myself. Our adventure would include white water rafting down the Ahansel River, through the Atlas Mountains, to Bin El Ouidane Lake in the middle of Morocco.

My trip began with e side trip to Essaouira for 2 days. I had met a lovely British couple who were kind enough to offer their company while exploring the medina and the fishing harbor. We had a wonderful meal outdoors, with the sound of ocean waves accompanying the moonlight on an open deck. I couldn’t tell you what we ate, but the scene and ambiance I remember perfectly.

The group was an interesting mix of people: a father and son combo from the Midwest, a 75 year old couple from Orange County, CA, a pair of friends who meet once a year to do some sort of river rafting excursion, a mother and daughter combo from London, the lovely British couple I mentioned (whose children presented this trip as a surprise to their parents to celebrate their father’s 60th birthday), and myself.

We met the rest of our guides: Stacey from California, Steve from the UK, Mikey from Zimbabwe, Mustafa from Morocco, and Eli from the US. We were all led by our fearless leader, the infamous Hamish McMaster, who has been running the Ahansel River for the past 2 decades.

The drive out to the river was spectacular. I had no idea that Morocco had this kind of landscape: mountains with snow-capped peaks, and river valleys surrounded by trees and lakes. The place we stopped for an outdoor picnic lunch was drop-dead gorgeous. After lunch, a few of us brave ones decided to continue the rest of the road trip on TOP of the vehicle. We had to bundle up and my fingers were frozen, but I still managed to get a few spectacular scenic shots from above. Being up on top, with the wind in my face, whizzing past mountains covered in snow, and driving through small Muslim villages was quite the experience. They certainly won’t let you do that in the US!

Safety is always first on the river, followed closely by having a lot of fun! Most of us were novice river rafters, so we all needed some instruction. We learned about the swiftness of the river, exacerbated by Morocco’s long, snowy winter, and the recent rainfall. This river was FAST. Once we hit the water, we would be on our way, with not much time to regroup until we hit camp. What a thrill it is to be cruising down a river, actively following the commands of our trusted guides, with the beautiful countryside flying past us. We were in deep off-the-beaten path territory. In fact, there were NO paths. Only the river provided access to this special region.
We landed at first camp, learned how to put up our tents, and relished in what would become a nightly ritual: being offered beers or cocktails while pitching tents and drying off for the day. I also took this opportunity to soak in the surroundings, take notes on the day’s activities, read, and chat with my fellow rafting tribe. Dinners were created by fire and stove that would rival any restaurant in town: lasagna, nachos, fire-baked personal pizzas, cheese and charcuterie platters with wine, and hearty breakfasts that would fuel us for the day’s adventures. The desserts were amazing! My favorite was strawberries covered in chocolate, served with fresh cream (beaten by the guides for 45 minutes by hand!). In the evenings we would sit around the campfire getting to know each other and telling stories into the wee hours, until one by one, we faded off to sleep in our tents under the stars.
Now, I’ll be the first to admit that I don’t like mornings. However, when I’m camping amidst such beauty, I was able to wake up every day happy. This might astonish some of my close friends and family (who have been witness to the wrath of Gill in the morning), but it’s true! Coffee was waiting, breakfast followed shortly thereafter, and then it was back into the wet suit for the next day’s journey by river.
At a few of the stops we were able to hike up into the mountains, meeting some of the local Berber people along the way. One stop brought us to the top of the ridge, to visit a working Kasbah. It was so interesting to observe this nomadic lifestyle and communal living.
One of my favorite interactions occurred when I accidentally ran into a man walking with his donkey. I had just been taking pictures of this crazy homemade bridge when this man arrived. He said “Hello” in Berber (which I had learned) and I repeated it. I also tried to introduce myself, but not sure how that went over. I motioned to my camera to see if he’d be willing to let me shoot some images, and he didn’t seem to mind. I watched as he took out an axe and worked the rocks to break it into smaller pieces, in order to fix the bridge. It was all so simple, yet surreal. I kept thinking, “Who am I to be here in this man’s world…a total stranger to his land and ways?” I also felt very honored, and so thankful for these amazing travel opportunities that come my way and really open my mind.
We spent 5 days on the Ahansel River in total. The final day took us through the narrowest of gorges, and then broke out into beautiful turquoise colored waters.

This was a trip I will always remember. In fact, I might have left a little bit of myself along the banks of this river. I hope to be back someday.

As they say in Morocco: Inshallah. 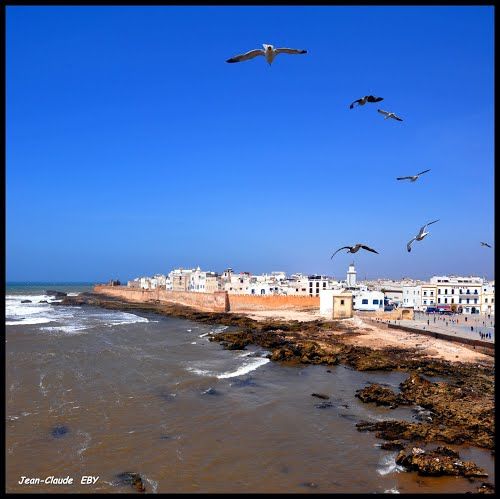 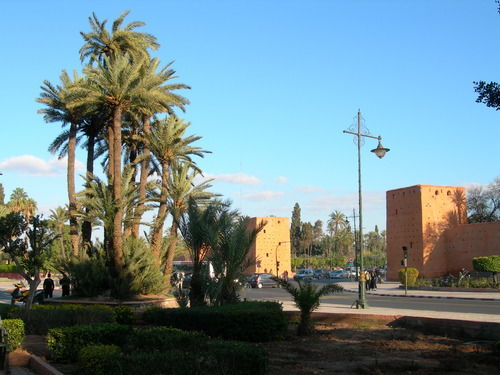 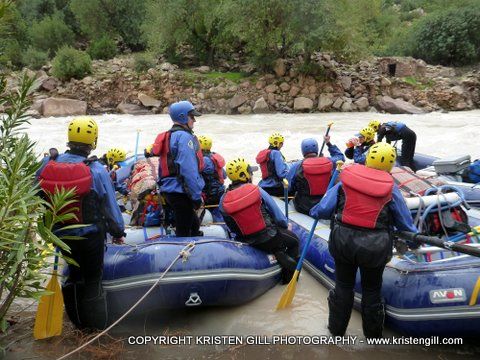