A Rendezvous with the Land of Pandavas | Narkanda - Hatu Peak

I’m sure everybody has heard of interesting, bed-time stories from their parent, during childhood. Well, in my case although these were very rare instances but whenever my mom used to tell me any story, it would always be one of the scenes from Mahabharata. So for all those, who have grown up listening to such tales from the epic, this is just the right place to quench your intrigue - Narkanda-Hatu Peak in Himachal Pradesh.

We started for Narkanda on 25th May, around 1AM. My friends and I had rented a car from Gurgaon for the trip. The drive to Narkanda is quite smooth and scenic – Dark pine forests, superb mountain views, enchanting meadows, lush green valleys – it packs in everything that is expected from a memorable summer trip. But the last bit of the stretch has some grinding yet enthralling landscape. The wide and civilized road twists into narrow mountain trails, snaking around the ancient trees, beyond the point where the trek for Hatu Peak starts. The road becomes extremely narrow, so narrow that it makes an experienced driver sweat blood. Driving at night through this stretch is definitely not recommended. The network is also so weak that it becomes almost impossible to either make a phone call or consult GPS. It took us approximately 10 hours to cover a distance of 460KM while 40mins to cover the remaining 6KMs.

After some minor hassles of directions and network, we finally managed to reach Agyaat Vaas, a resort where we had made our reservation. This, apparently is one of the most recommended places in the vicinity. The first look of the place has the potential to catch you off guard and throw surprises at you. Situated right at the heart of the forest, this place with rustic looking deluxe cottages, wooden fixtures on the wall and the panoramic view of mountains and valleys, suits the definition of “A perfect spot for retreat”. We reached the cottages reserved for us, took some time to freshen up and rushed to the dining area where we were served with steaming and extremely delicious lunch. After a full-course meal, we decided to relax on the green patch of grass beside our cottages. The sun was at its peak and I liked the way that, as small gusts of wind blew past me, my skin would softly shiver before returning to its still, warmed state. I felt sleepy, like a silent lullaby of the sun was discreetly putting my mind out of consciousness. 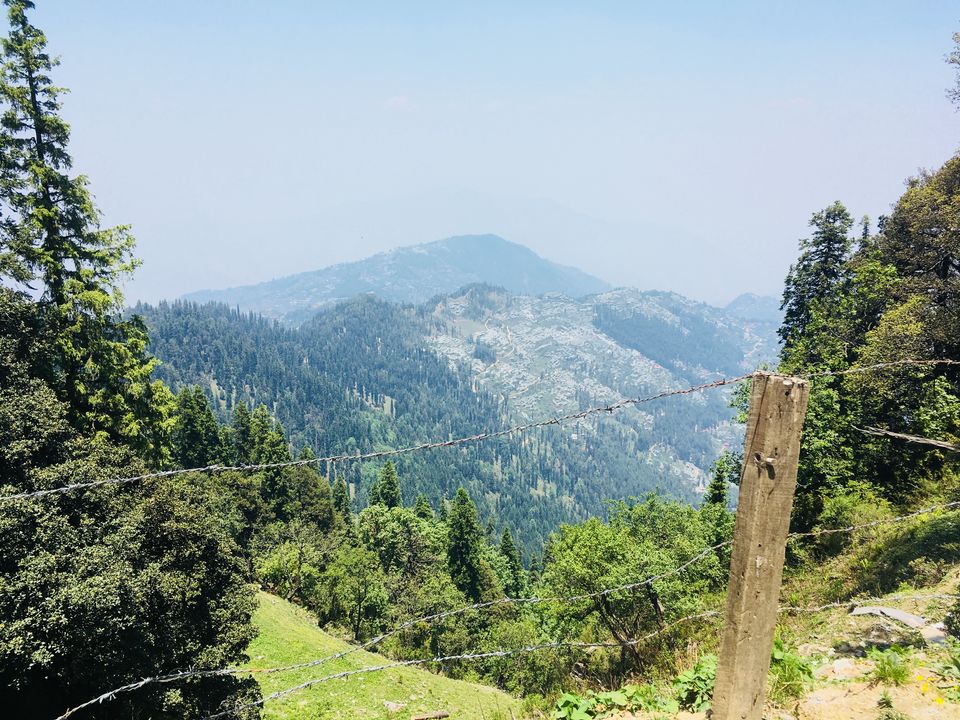 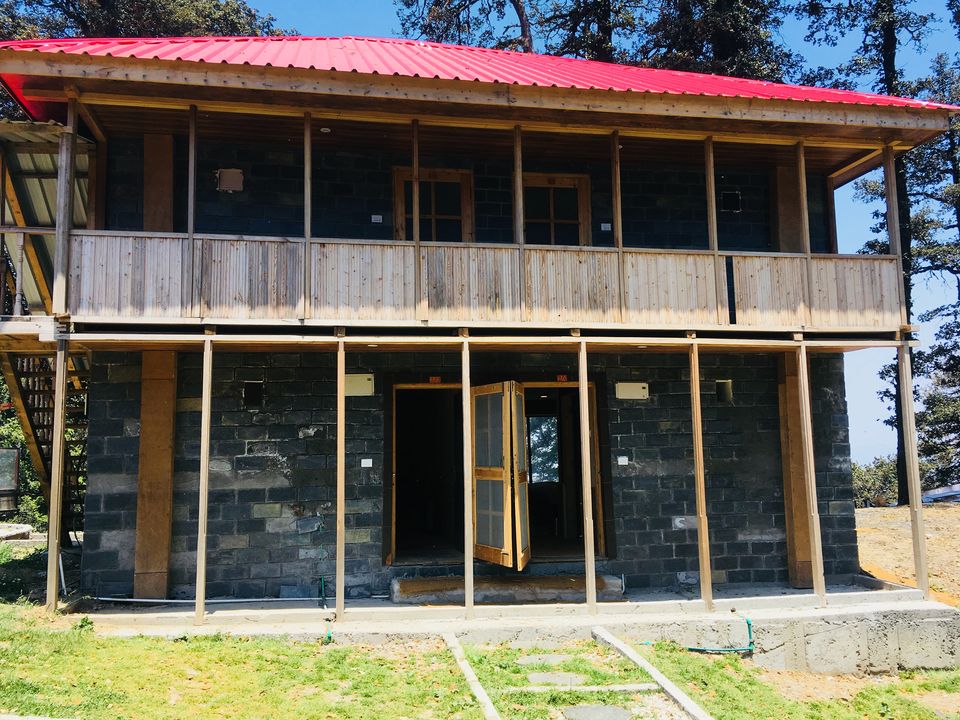 Look at her smile - Such innocence!! 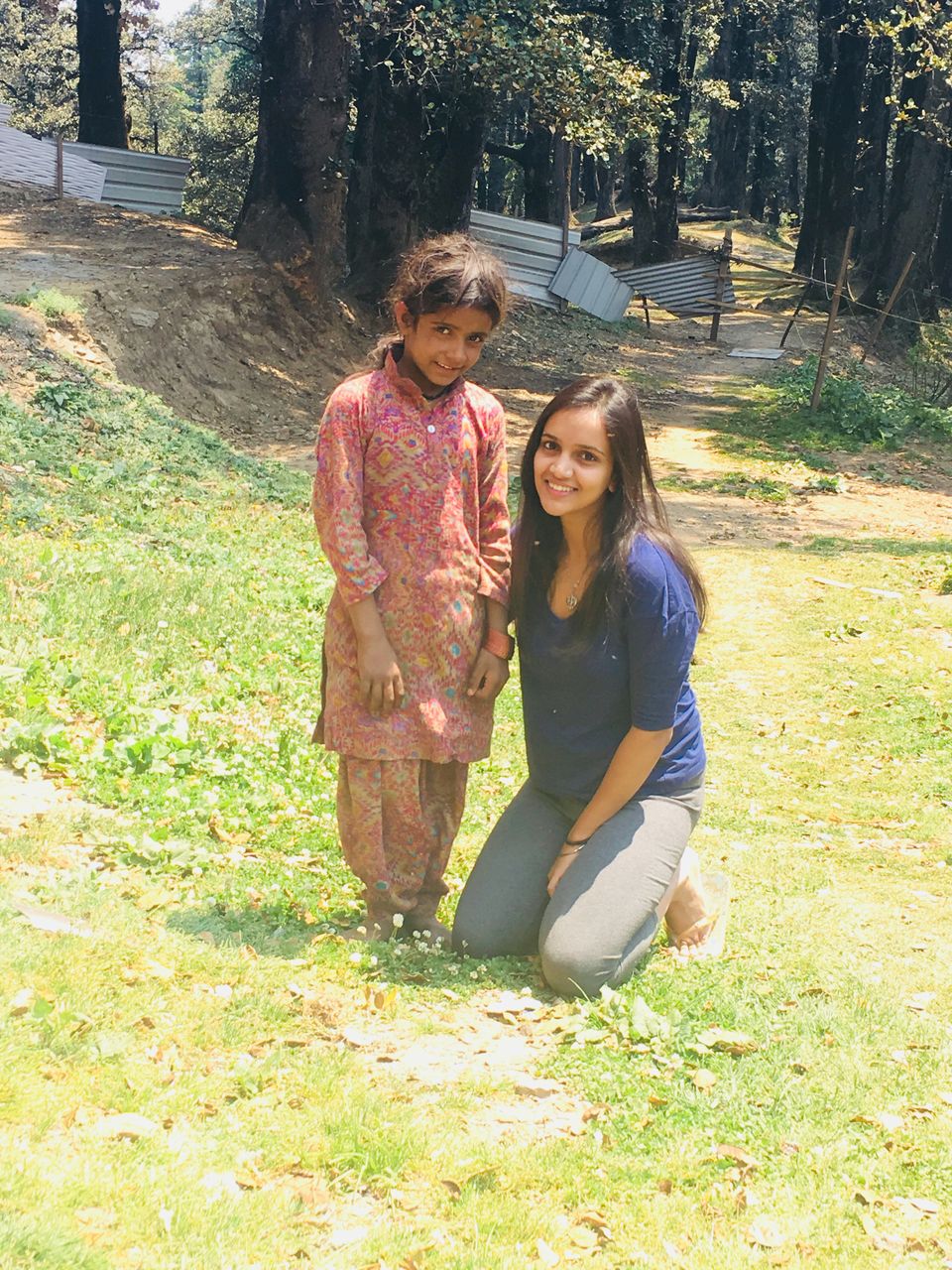 A PEAK IN THE HISTORY

While we were basking in the afternoon sun, one of the resort staff came to us and started telling us stories about the place. Besides an eye-catching view, the name of the resort – Agyaat Vaas, also holds a special significance in history. It is an interesting legend of Mahabharat. Following the game of dice, the Pandavas were forced by the Kauravas to vacate Hasthinapur along with their wife Draupati and spend twelve plus one year in exile. Following the twelve years of expulsion, they were supposed to live in incognito for a year which was known as Agyaat Vaas. If someone had found them during the Agyaat Vaas, they would have to repeat the thirteen-year exile process once more. However, Pandavas successfully managed to complete the exile living as per the terms stipulated. Following the twelve years of exile, Pandavas arrived at the court of King Virata of Matsyadesh and lived there in incognito assuming several positions with the king and the royal household. Arjuna became a eunuch and tutored the king’s daughter in dance and music. Dharmaja counselled the king Virat in the administration. Bhim became a chef in the king’s royal household. Nakul became the caretaker of the horses and animals in the King’s army. Sahdev took care of the cows in the palace while Draupati became a maid to the queen.

“You will find a lot of places here which are associated with stories from the Agyaat Vaas of Pandvas”, he said, while imparting a plethora of information about the place and its related history.

While there was so much to praise about this place, the only disadvantage was an extremely poor network. There were a few areas in the resort, where the network was barely strong enough to make a phone call. But given how extremely optimistic we are (just kidding), we thought of it as a blessing in disguise - a little time out from our mundane schedules.

At night, the chirps of the insects sounded like light music against the backdrop of silence, of the forest. We sat beside a bon-fire, under the blanket of stars and a crescent of the silver moon, a scenario all of us fancy about. Even in the month of May, it was extremely cold at night. A suggestion from my personal experience, for all the girls. Make sure you get yourselves clicked in your fancy dresses till the time the sun is up because after sunset, it becomes extremely cold!! 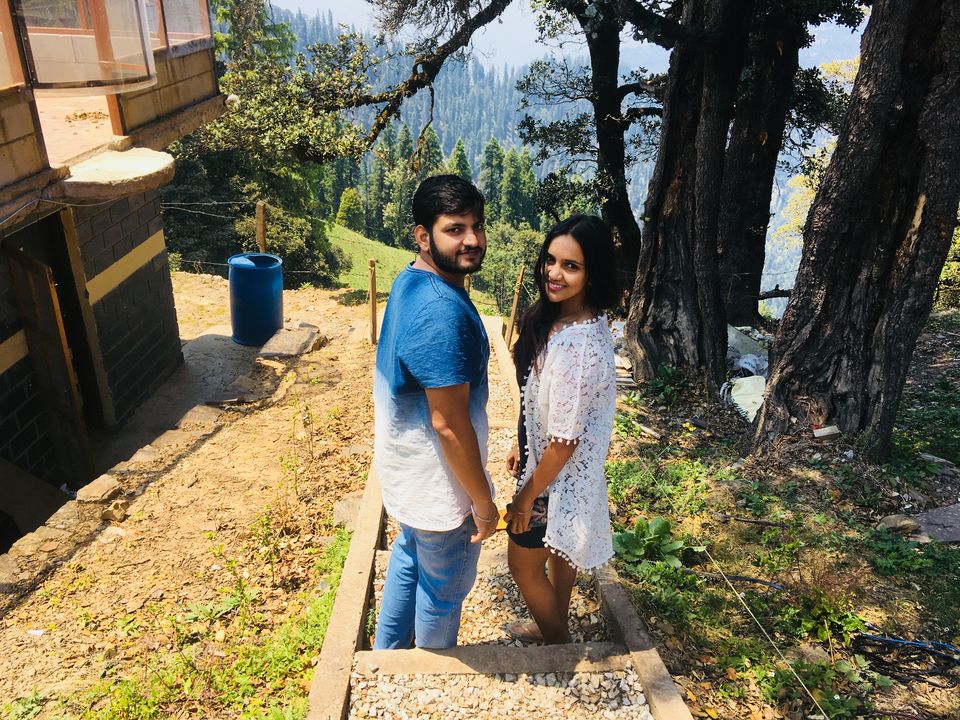 Next morning, all of us were super excited to finally start our trek to Hatu Mata temple. Although we had already covered a major part of the trek by road till the resort, the distance of Hatu Peak from our resort was around 4KM. This 4KM trek was mainly uphill and could prove to be very tiring for an urban climber. Two of us had a fair experience in trekking, hence this was a cake walk for us but the other two had their share of difficulties time in and out. The trek through the forest, though steep and tiring, was a treat in itself. We reached Hatu Mata temple, situated near Hatu Peak in around 45mins. Standing on the top of the peak, we spent almost an hour feasting our eyes at the landscape-ic beauty. This temple of Goddess Kali (according to local belief), is a classic wooden structure with marvellous wooden carvings of Hindu gods and goddesses, ringed by rugged Himalayan ranges and vast expanse of green Narkanda valleys with apple orchards and flora. 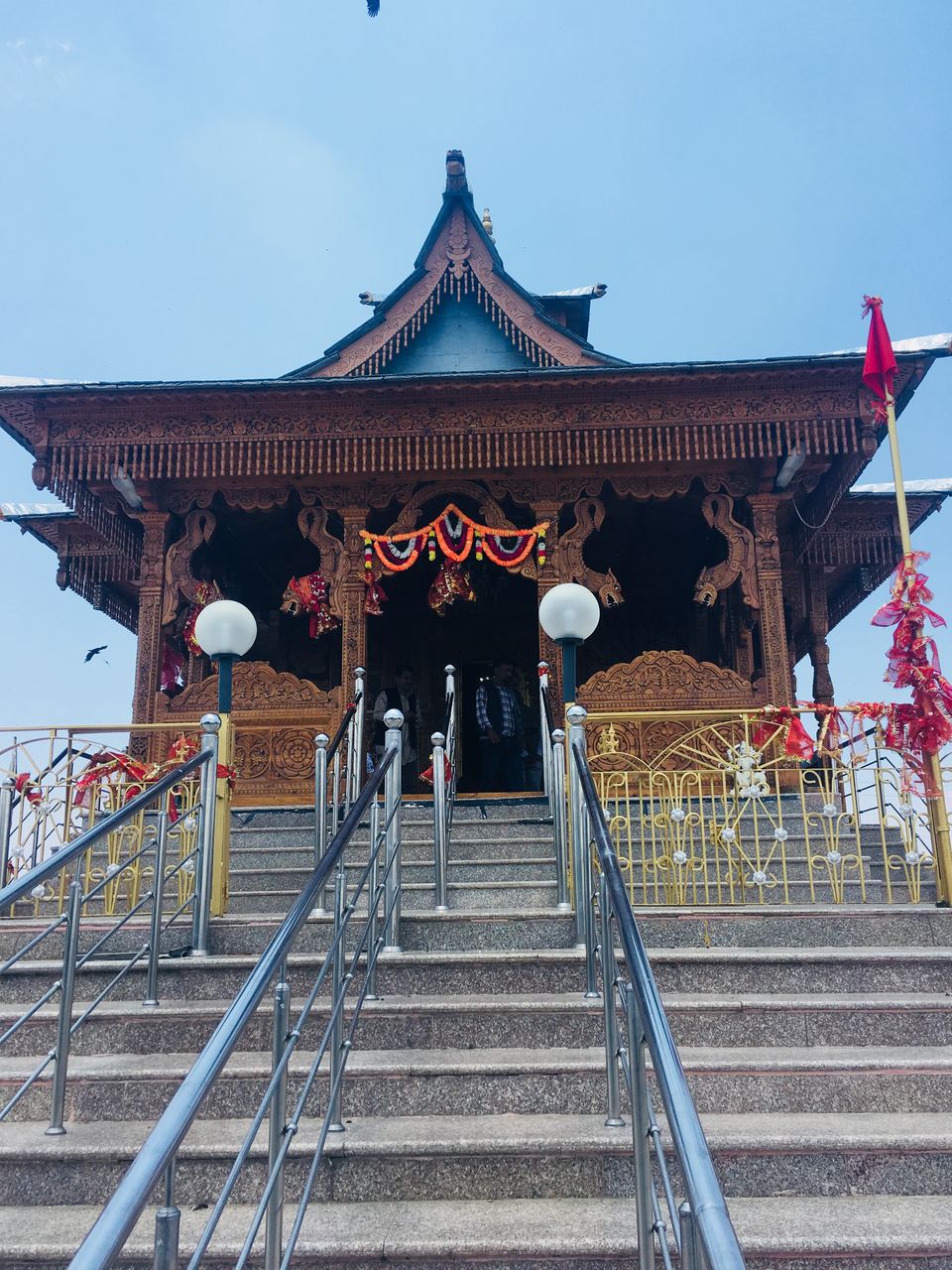 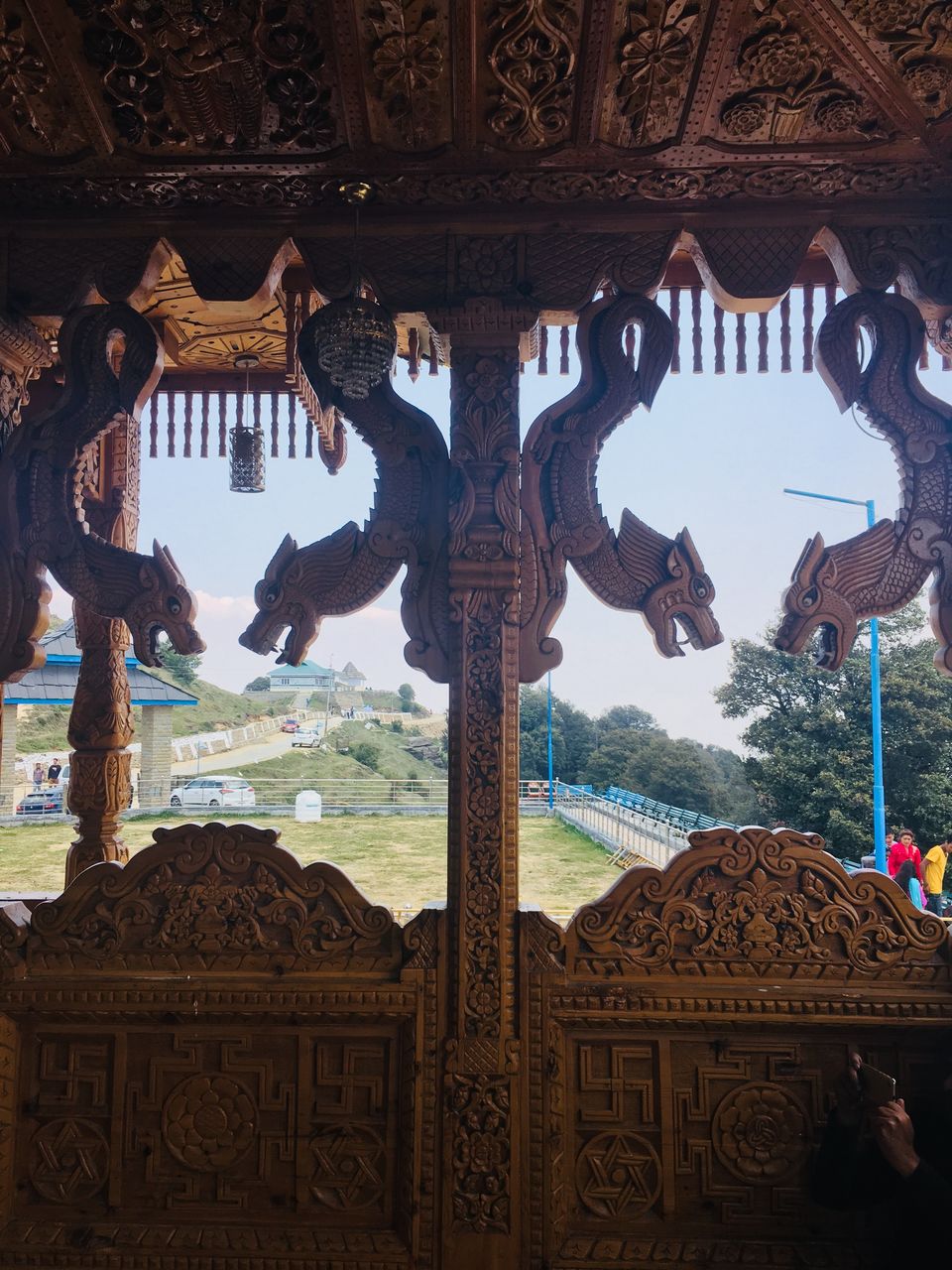 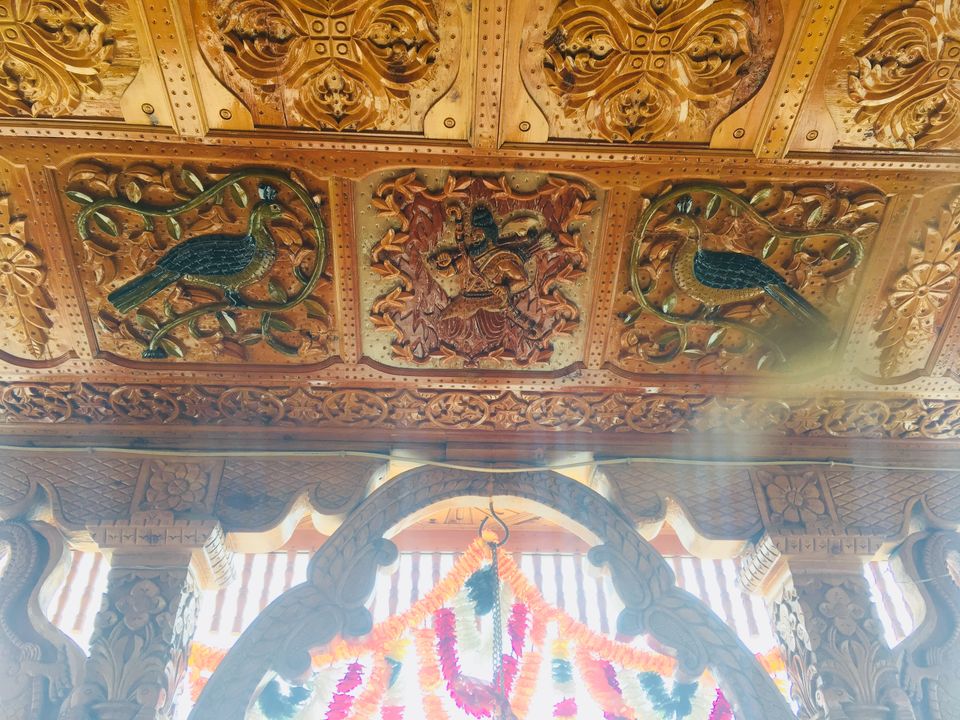 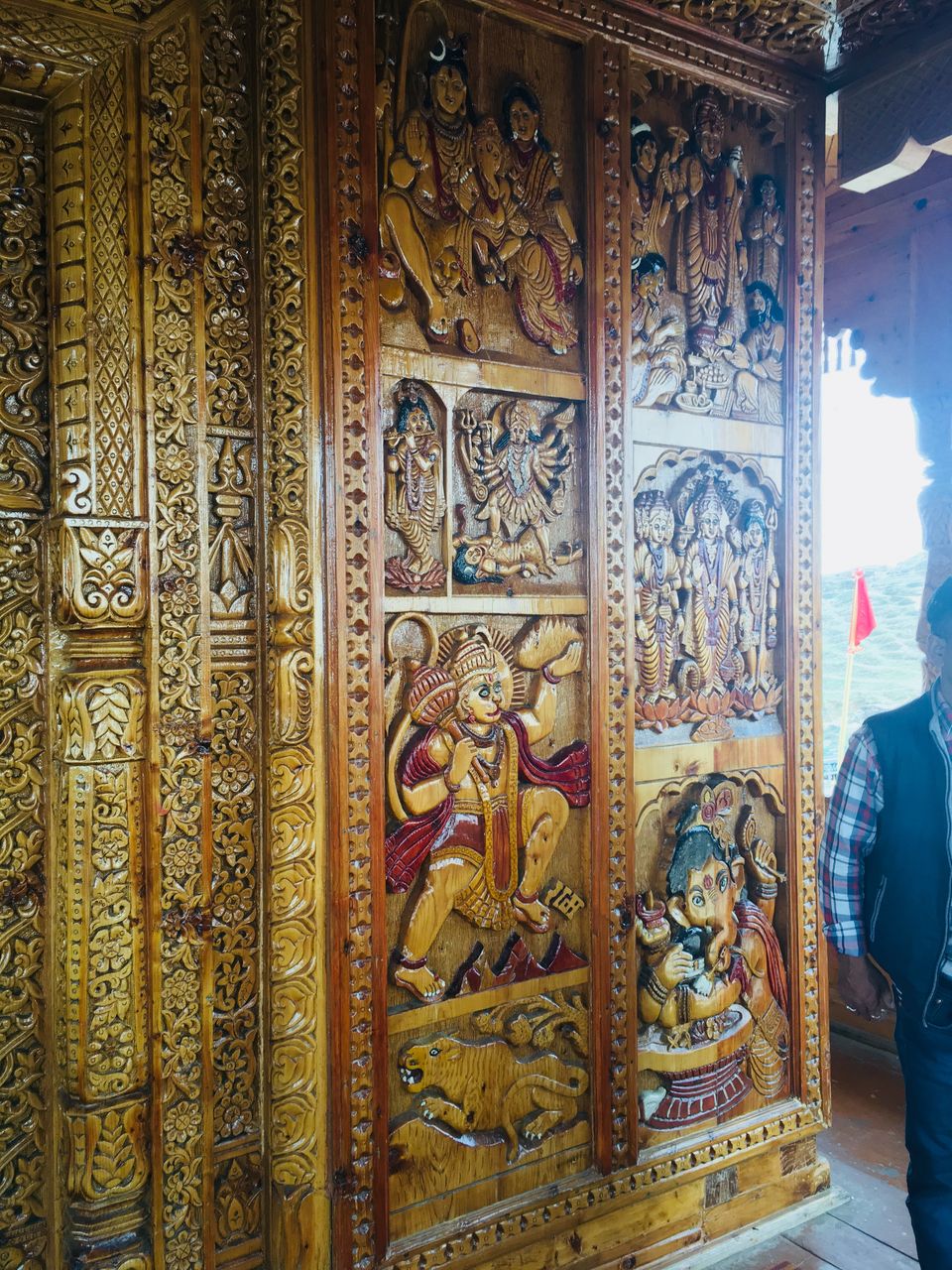 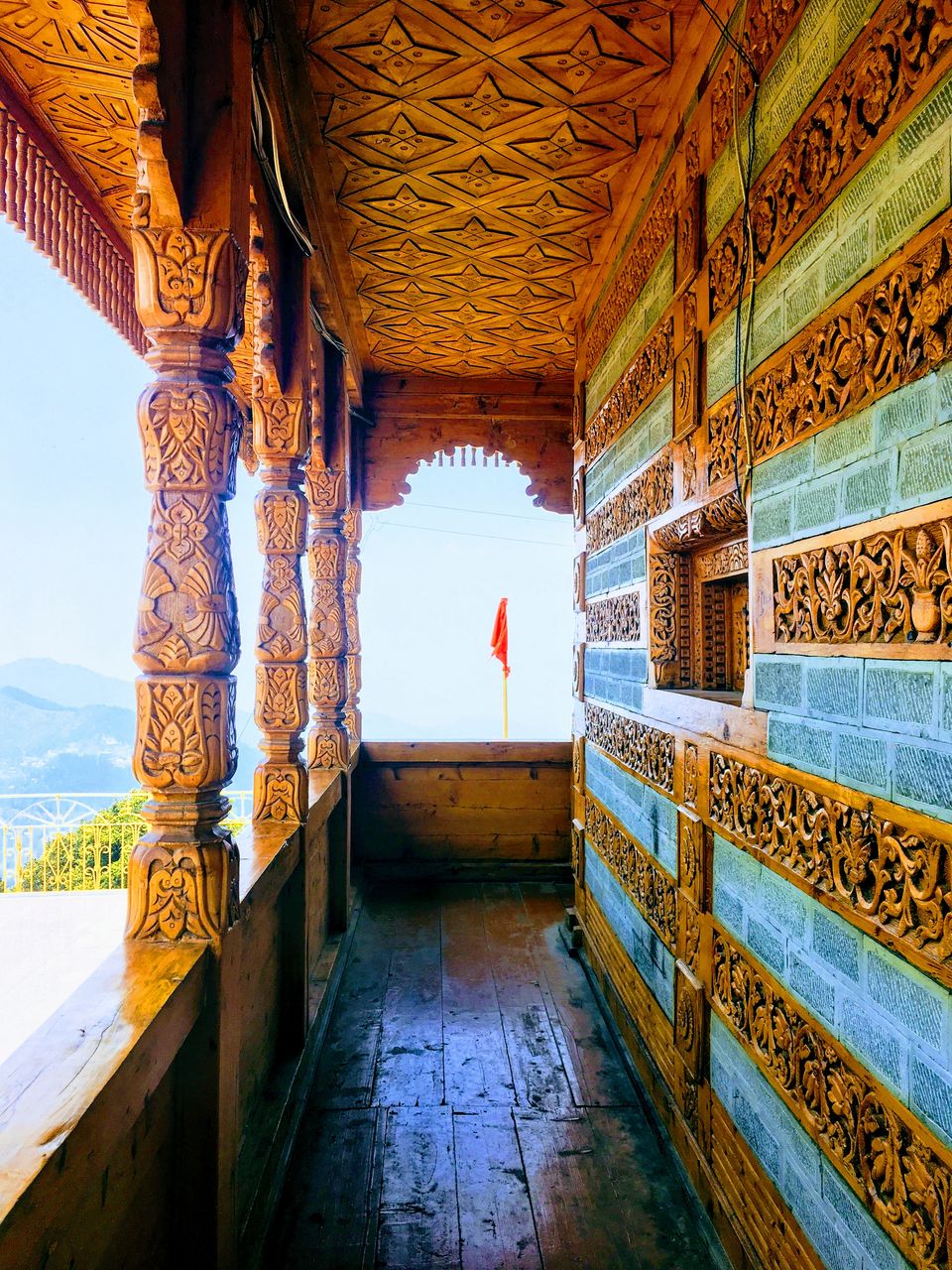 A few meters away from the temple, was a pair of huge rock formation, which sat cheek by jowl, believed to be “Bheem ka Chulha” where Pandavas used to prepare their food. 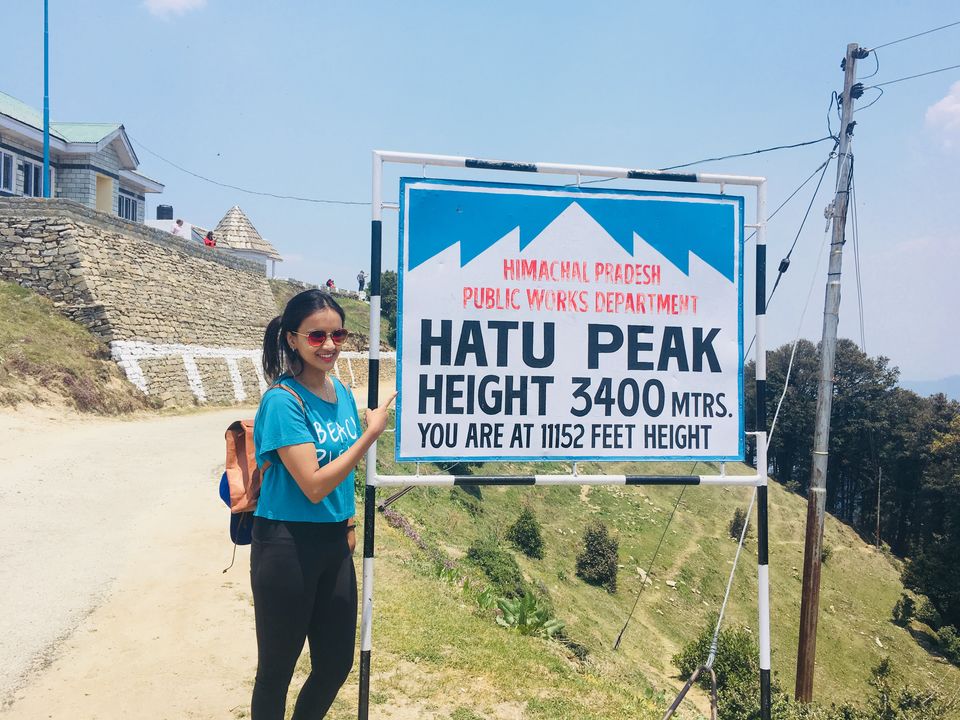 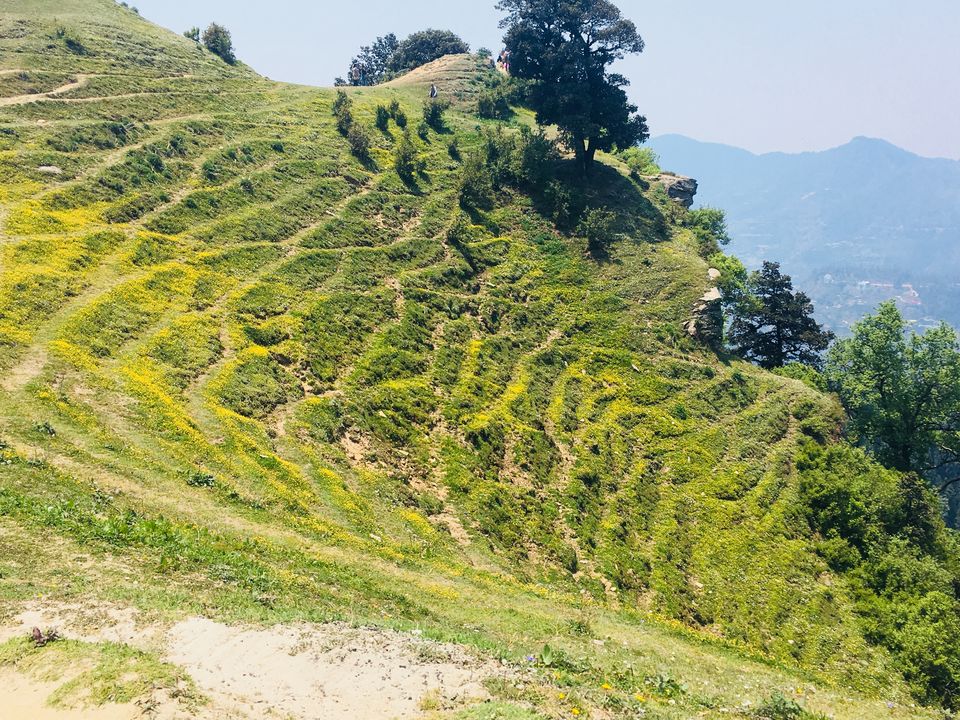 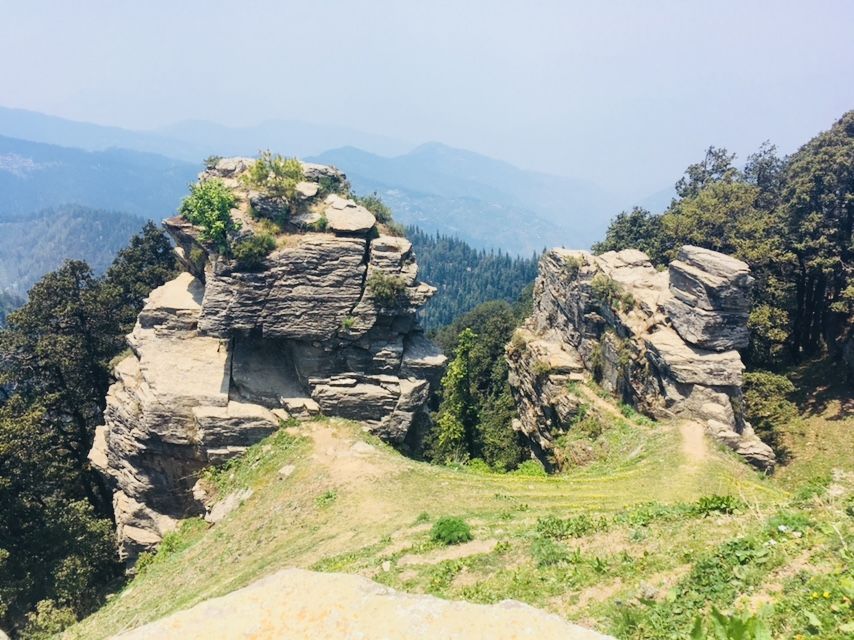 Next stop was the lush green valley of Jorhaat, which was around 1KM away from the temple. Note that, a lot of people don't know about this place. But since our guide was a localite, he suggested us to visit this place.

The hike from the temple to Jorhaat, through the dense pine forest was an exhilarating experience. The sky vanished almost completely, only fragments of the blue remained – scattered just like an impossible jigsaw puzzle. The air became rich with fragrance of leaves and the sun rays peeped from within the tall and outstretched branches of the pine trees. The hike, though relatively easy lasted for almost 30mins since our guide, one of the staff members from the resort stopped us time and again, directed some weird poses for us between the woods and clicked photographs. He told us some of the most entertaining stories from the neighbouring villages and of course most importantly led us through the correct way (since the trails through the forest could be really confusing).

All thanks to ou 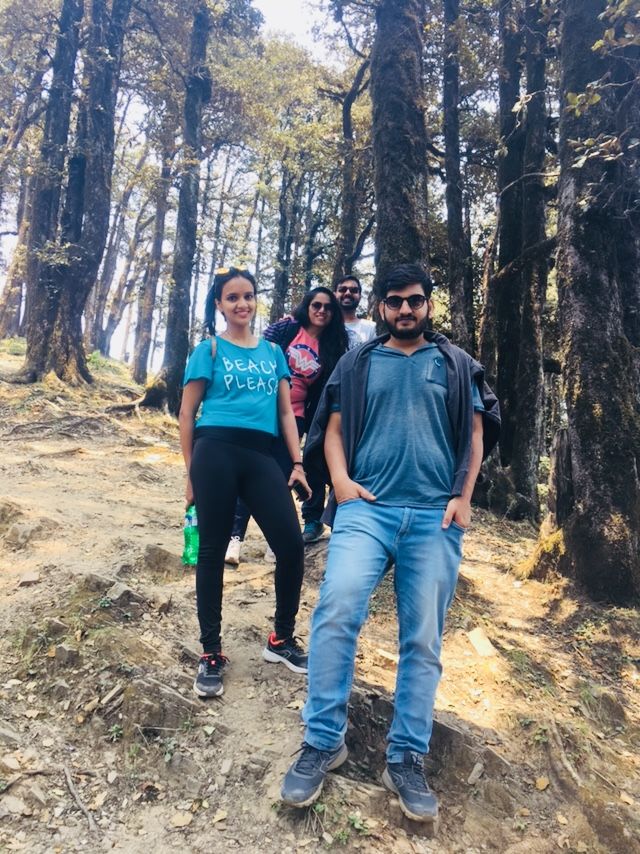 Way through the forest 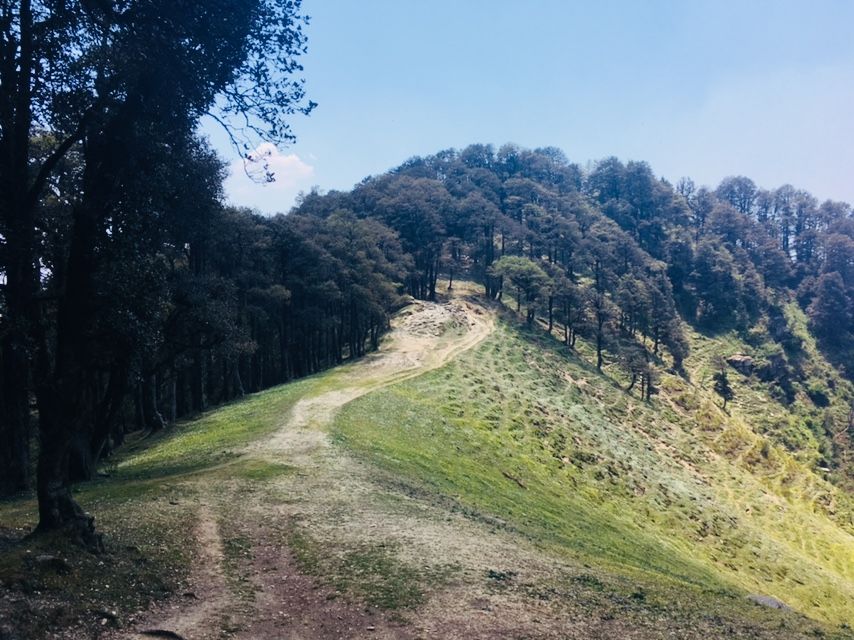 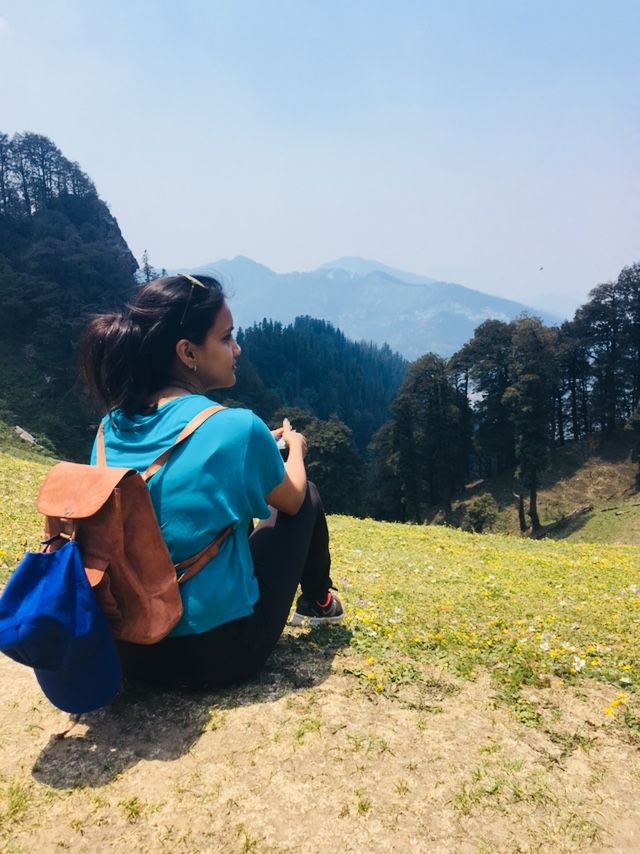 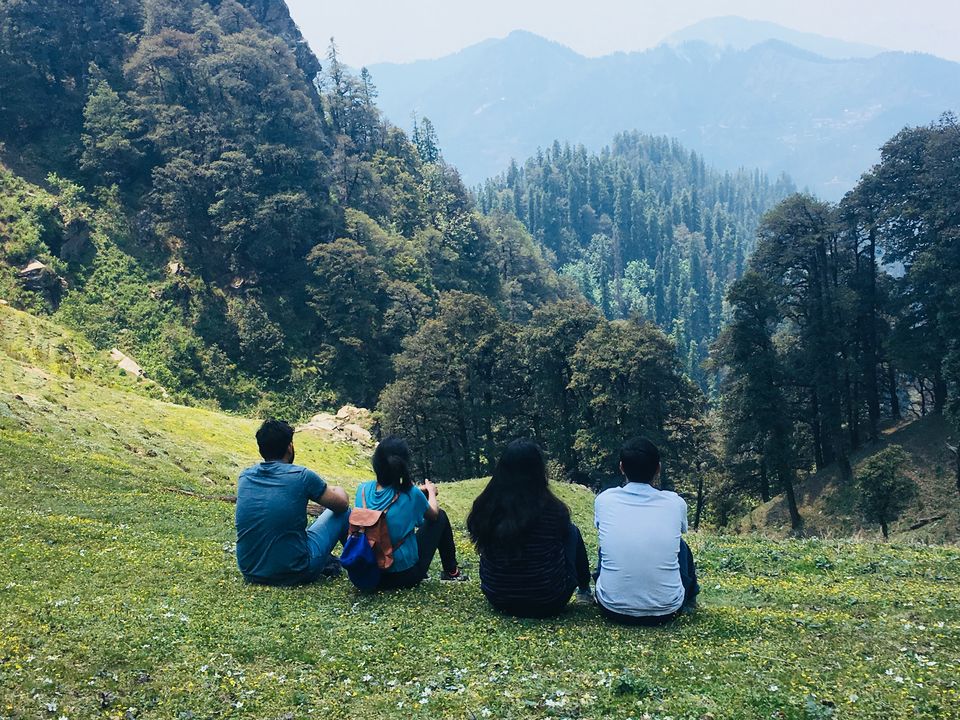 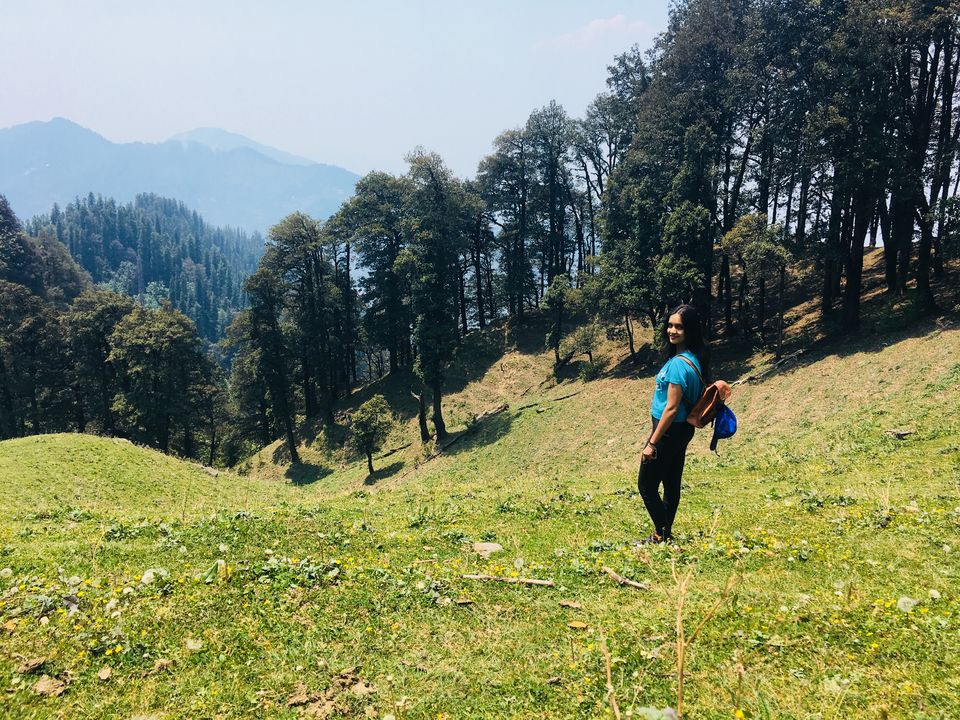 Suddenly amidst all the chitter-chatter and mini photo-shoots, I could see a vast expanse of green between the tree barks. I rushed towards it and was spell-bound to see its beauty. 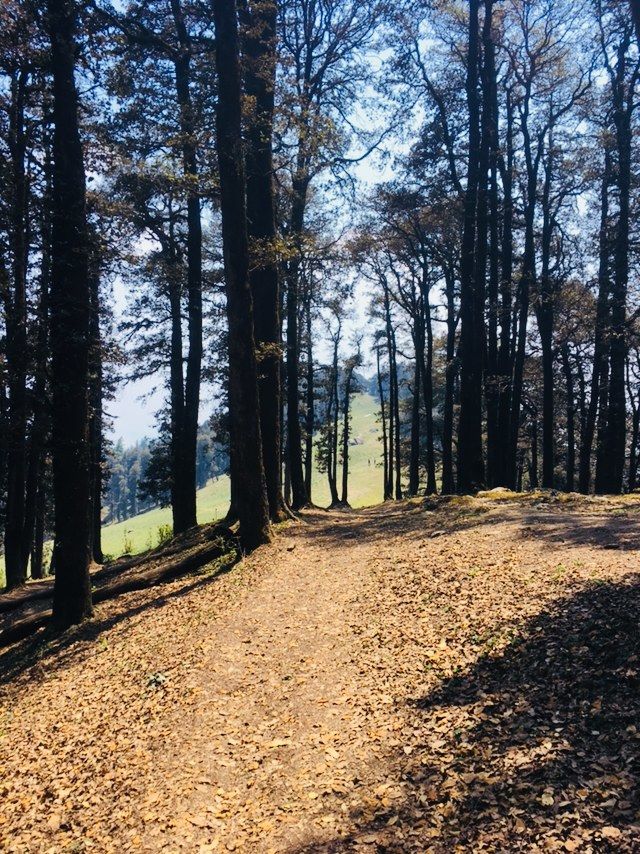 The bright green valley was a cacophony of colour on the fading blue sky. It was as if the creator had run out of all colours except green and blue after creating the forest. The tall trees at the farther end brushing against each other, just a free-for-all choreographed by wind. The only other form of living creature around was a herd of buffalo grazing the grass at the other corner of the valley. It was so peaceful that if we laid still on the grass, we could hear our own breath. Our guide, the sole information bearer, told us a story related to Jorhaat. It is believed by the locals that once during the Agyaat Vaas, Bhim got so angry that he pulled out all the trees from this entire stretch and hence this place, although right beside a dense forest, has absolutely zero trees. 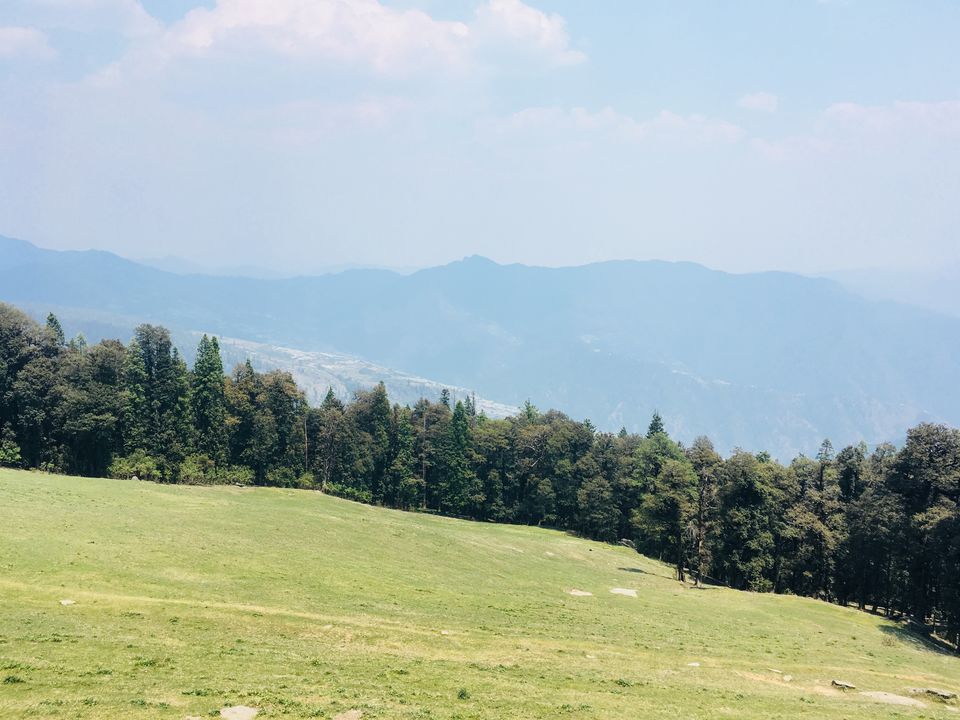 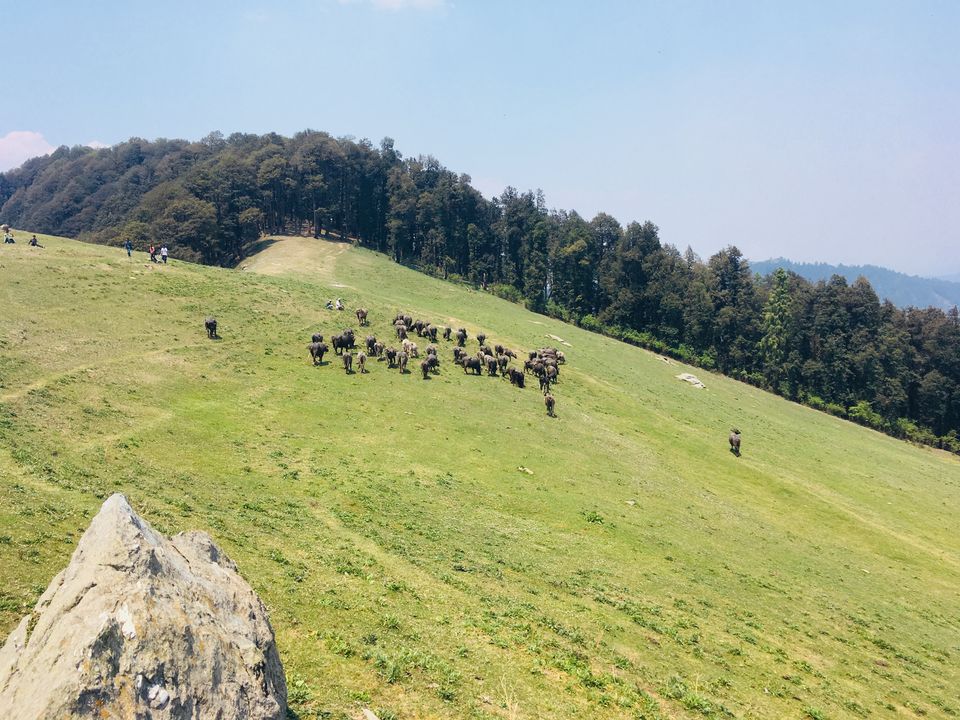 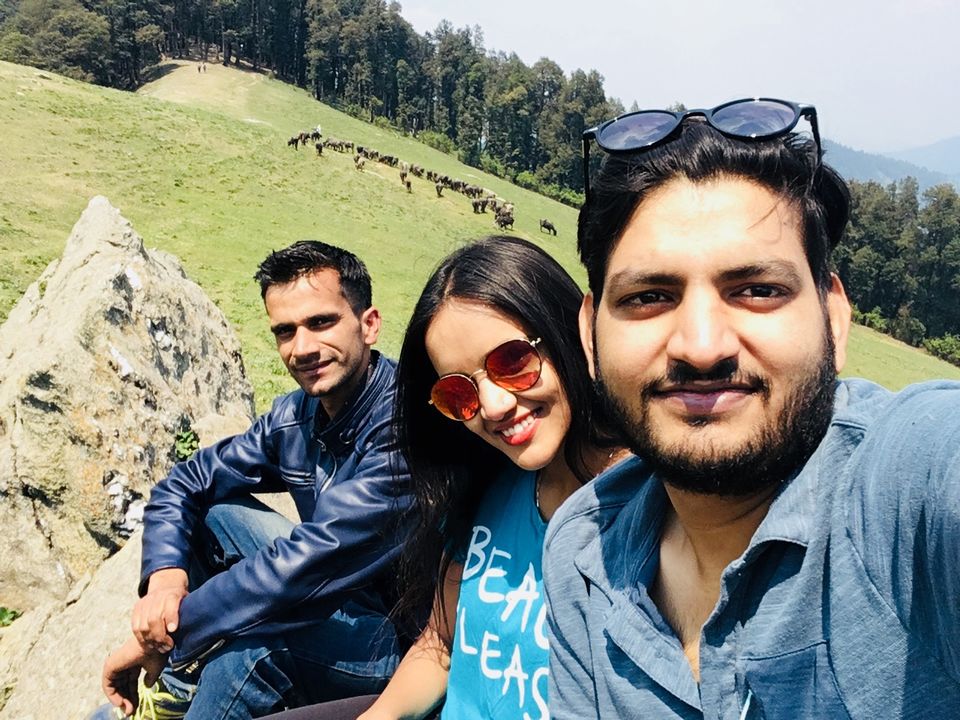 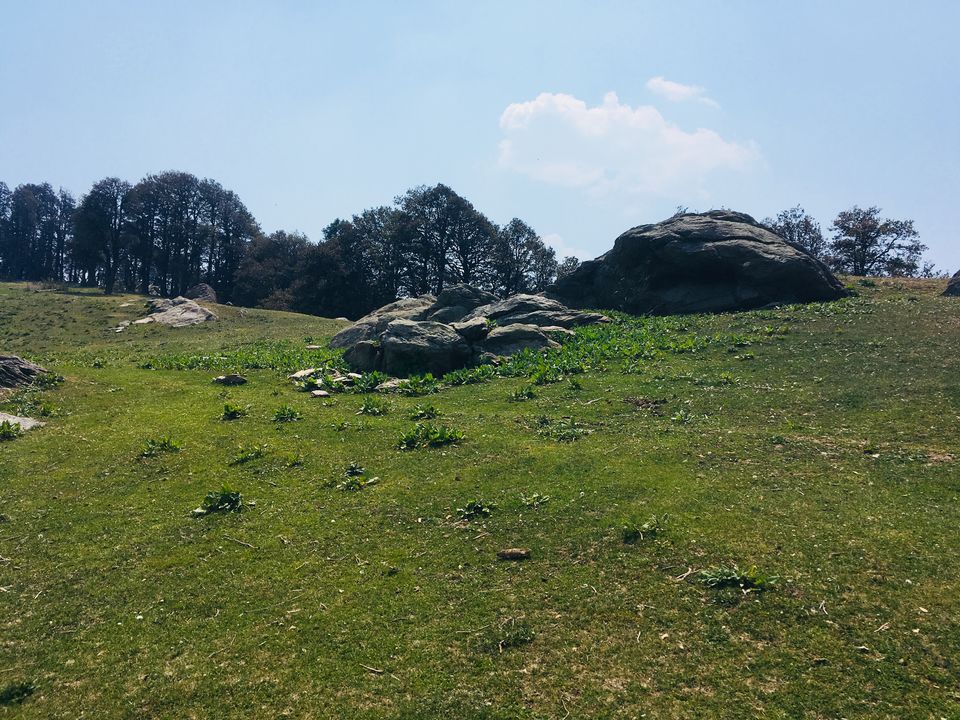 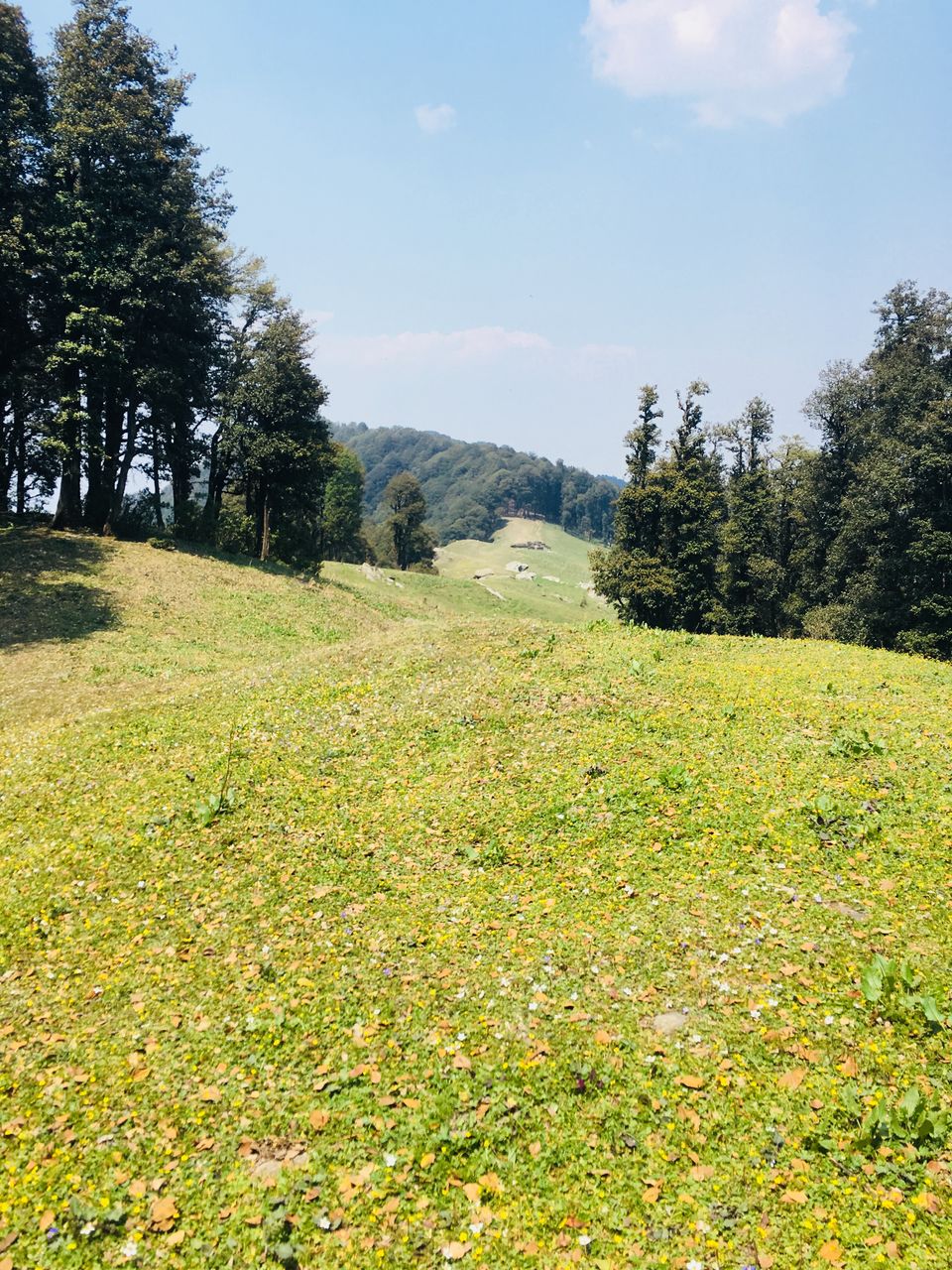 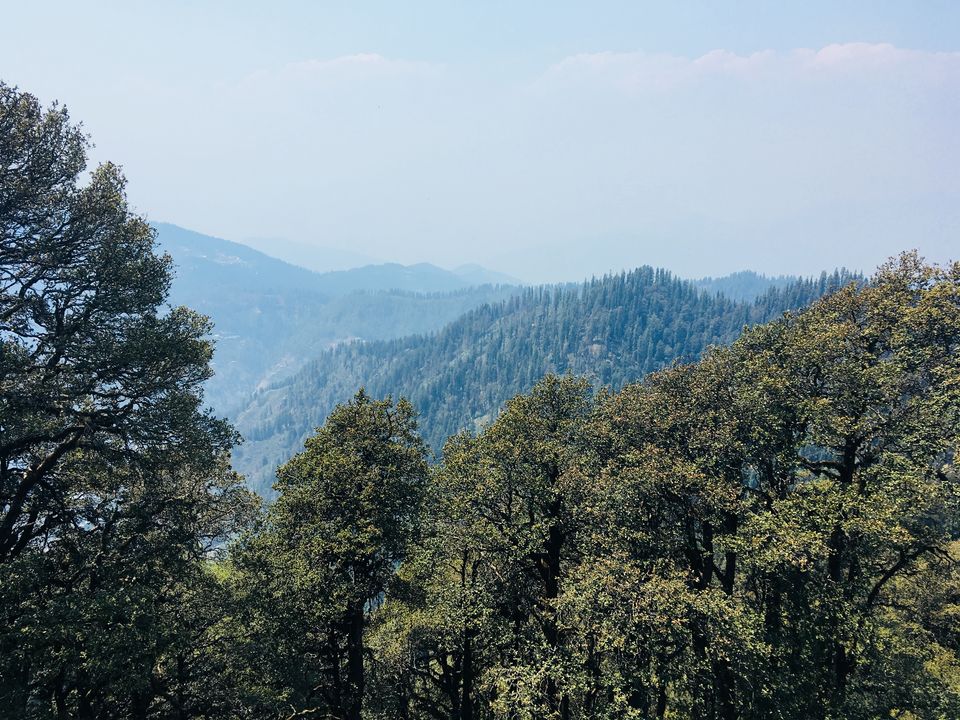 We hiked back to our resort in 40-45mins, had lunch and relaxed for the rest of the day. Though our guide was quite excited to take us to another trek called Karena Peak, few hours later but none of us felt so energetic to hike up to another peak. Also, we were also told by the resort staff to leave early morning next day, since there was a 3-day annual fair starting from 27th May, where all the villagers from nearby villages visit Hatu Mata temple.

As advised, we packed our bags, bid farewell to our extremely cordial and entertaining guide and left the resort around 7AM. But as luck would have it, we were caught in traffic for around an hour on the narrow trail, before reaching Narkanda and finally starting our journey back to Gurgaon.

On my way back, it struck me that I feel so ambivalent on the last day of every trip. It was heart-wrenching to leave such a beautiful place and at the same time so fulfilling to have gained so much of experience and knowledge about the mindset and lifestyle of people, who have a completely different outlook towards life. I was glad I visited this place.

Have you ever been to such an interesting place? Tell me your experience, on the comments section below.