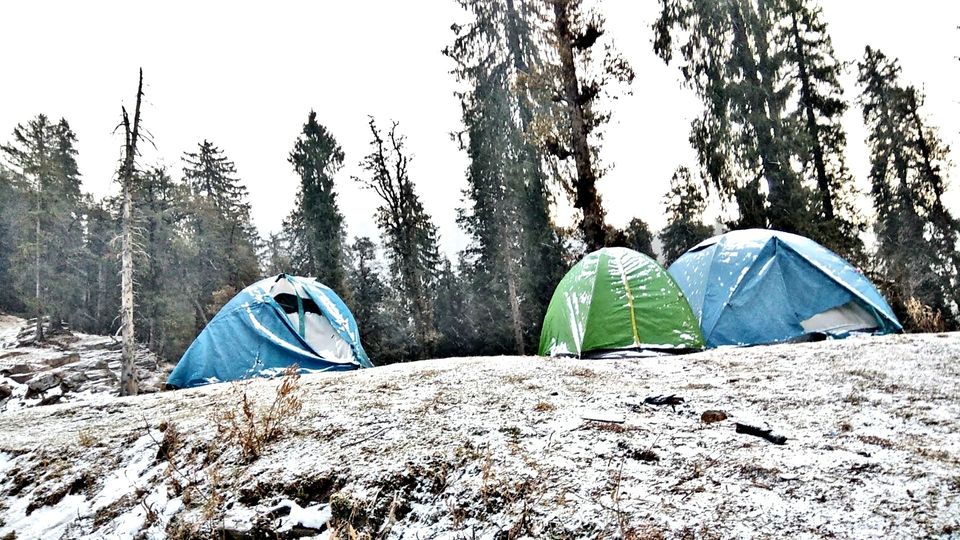 After exhausting final exams my 1st sem of college, i decided to  have some chill and refresh my mind.  As new year was approaching i decided to trek to hatu peak on first day of 2018 all by myself. I have friend in shimla who offered me a stay and also told me about the famous party at the ridge. So, i was very excited and packed my bag without any second thoughts and reached shimla on 30th. 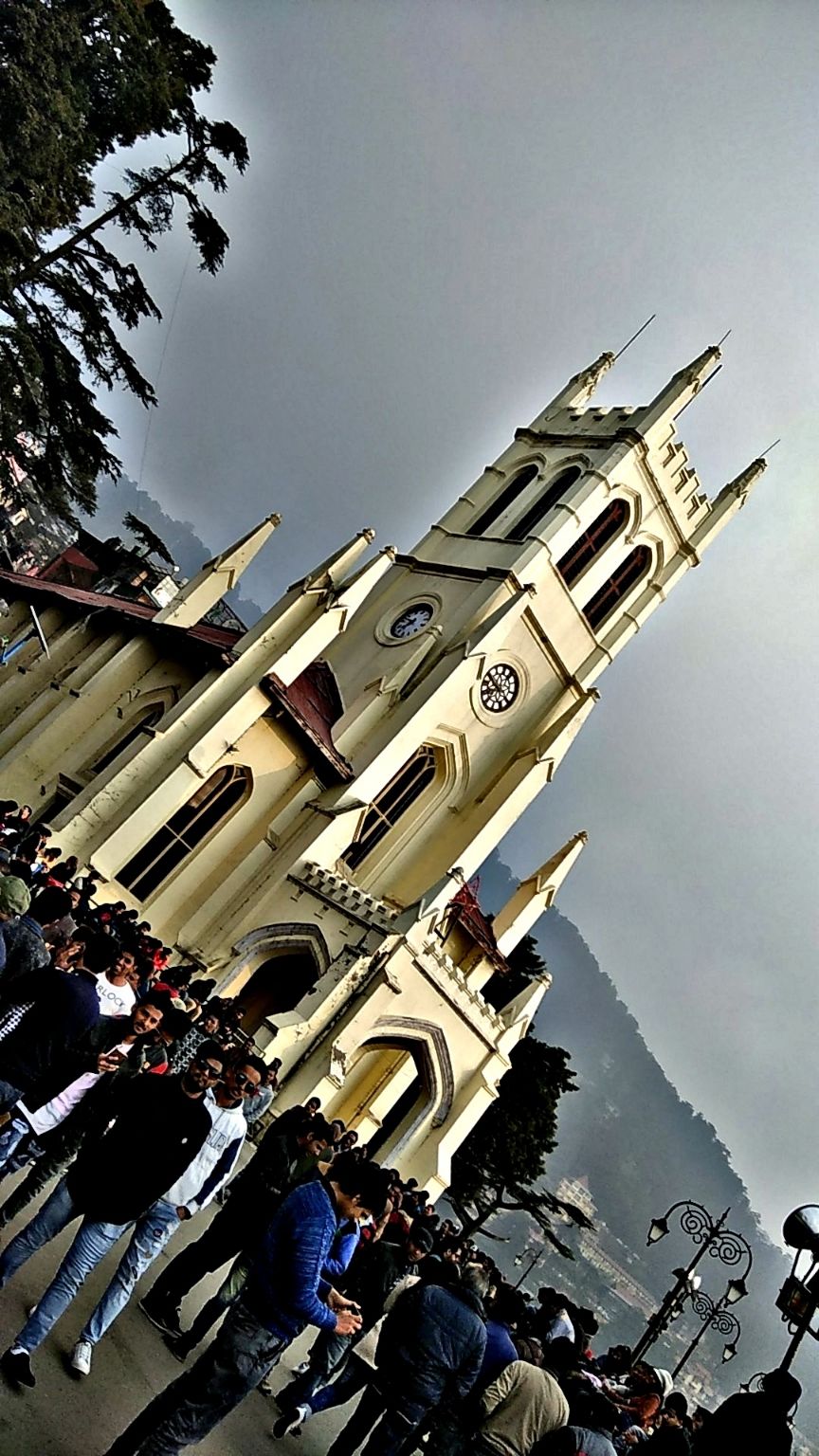 Next day in the morning we went to tara devi temple it's a nice place which has more height compared to the other parts of capital which gave us amazing views. After having lunch we decided to visit the jakhu temple which is also a must visit if you are visiting shimla. As the sun went down we straightaway went to mall road as per planning. This was my first time in shimla and was amazed to watch such beautiful blend of historical and modern buildings at mall. We spent  eve at ridge roaming around and enjoying with the crowd. The weather was chilly  which i found to be perfect for me. After partying at scandal and ridge, we came back to our place at 1:30 Am.

Next day we woke up late and I asked nikhil (shimla friend) to come with me but he already had his plans. So i took hrtc bus to narkanda at 12:30 pm(again all alone). I was there in 2 hrs. 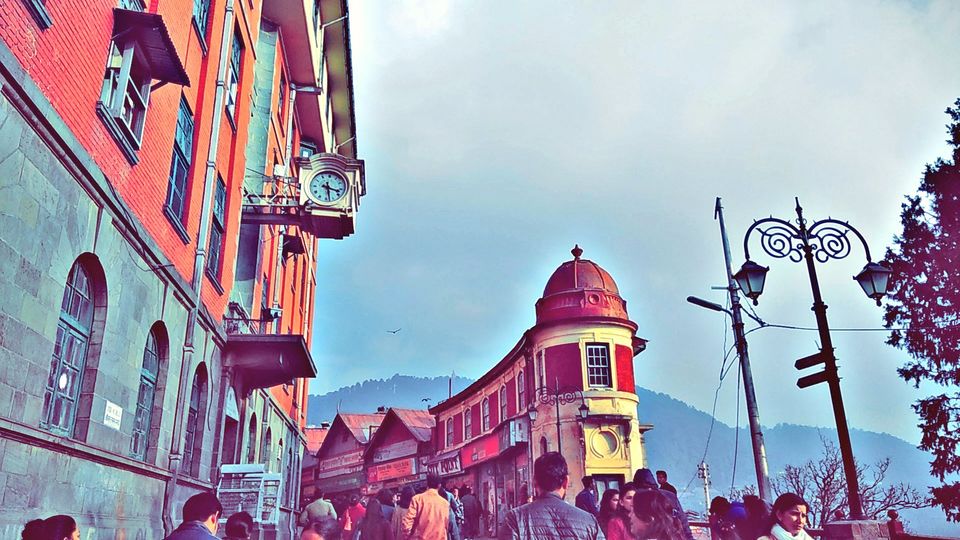 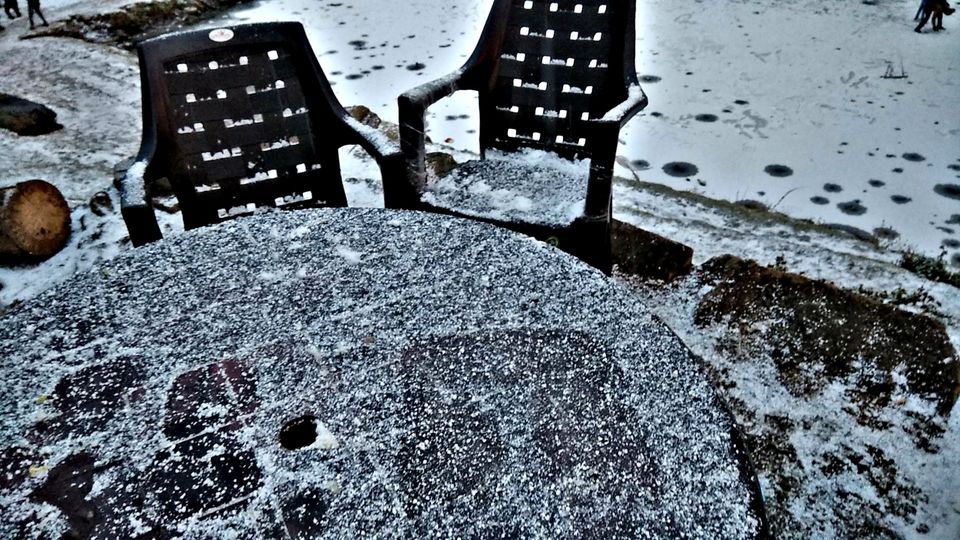 As i reached narkanda, i could already see some patches of snow which was making the place look beautiful. I checked into hotel hatu which already booked a day before , which was just a few steps away from where the bus left me. Views from the hotel itself were amazing and the weather was cooler than in shimla. After getting some rest, i decided to go to hatu peak, but the locals  advised me to trek in morning as sun goes down very early and weather is very unpredictable.

So i decided to trek in morning, and for now i decided  to go till the lake campsite which is in between hatu peak trek with  the help of shared taxi. While on our way snowfall started and it became one my most memorable rides as it was the first time i got to experience snowfall in my life. I reached there before dark and was given 1 hr time to return.

The weather was freezing but the site was jaw dropping.Snowcapped camps, lake with the all the snow all around were simply amazing. After having a cup of tea and maggi at the beautiful site from the only camped shop there, i returned to my hotel. At night i went out for dinner and the temperature now was playing with negative numbers. So, i had to cover myself from head to toe. After having dinner and a good sleep at night. I woke at 6:30 in morning after having breakfast from the only shop opened in narkanda , I started  trek to hatu peak. 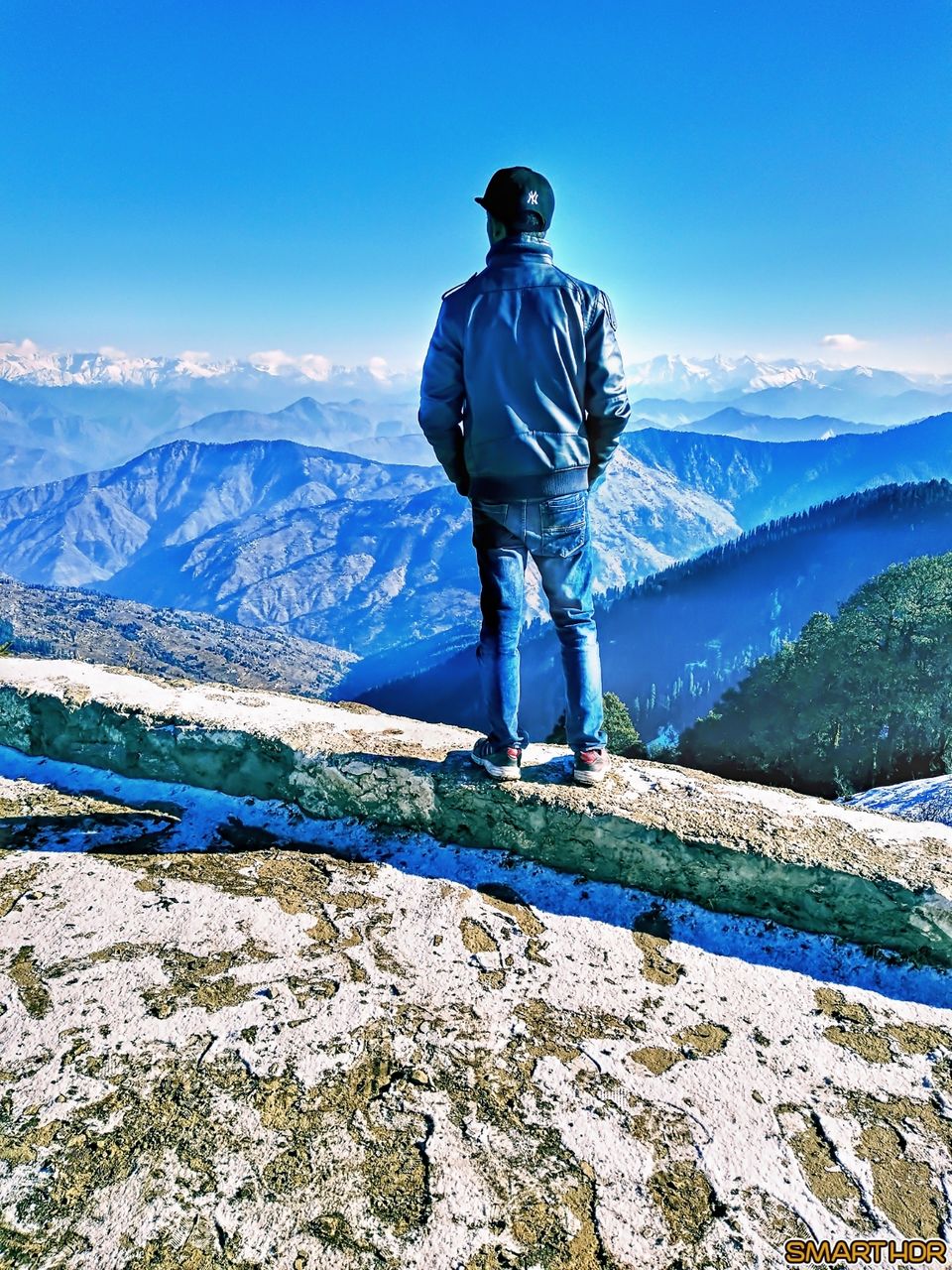 I started walking on the trail of 7 km which was easy and the ascent was gradual but not steep  which was easier compared to trek experiences before. Till i reached the lake campsite which is the midpoint of trek sun rised, i had a cup of tea while enjoying the serene sunrise. After the small break, i wanted to get to  the peak as soon as possible because the view from the trek trail was getting better and better, the  frozen snow was making trek quite challenging and enjoyable. Finally, i managed to get to the top and i was just left in  aww... The view from the second highest peak in shimla district can't be described in words. The hatu temple at the top is also very beautiful. After enjoying calm and peaceful atmosphere, now it was time to say goodbye to the place. I started to decent, as the descent is always easier than ascent, it took me half the time to reach narkanda than it took while trekking to hatu.
I checked out of hotel and took hrtc bus shimla.  I stayed  there for that day and the very next day i took bus to my home city i.e Amritsar.

Best time to visit - accessible throughout the year but may- june and jan - feb are the best time to trek to hatu. In may-june if  you are in shimla and and want get yourself out of hustle - bustle you then narkanda is the best option.
In jan-feb trek to hatu becomes more challenging and enjoyable. Moreover, there is always a chance of snow fall in jan-feb.

Accommodation - There are quite a few options in narkanda.  You can get both budget and expensive hotels.  Camping on the lake site on midpoint of hatu trek is the cheapest of all.

Food - There are small restaurants and cafe which provides quality food at affordable prices.

How to reach - From shimla you can get taxi and if you are budget traveller like me than hrtc bus is always an option. 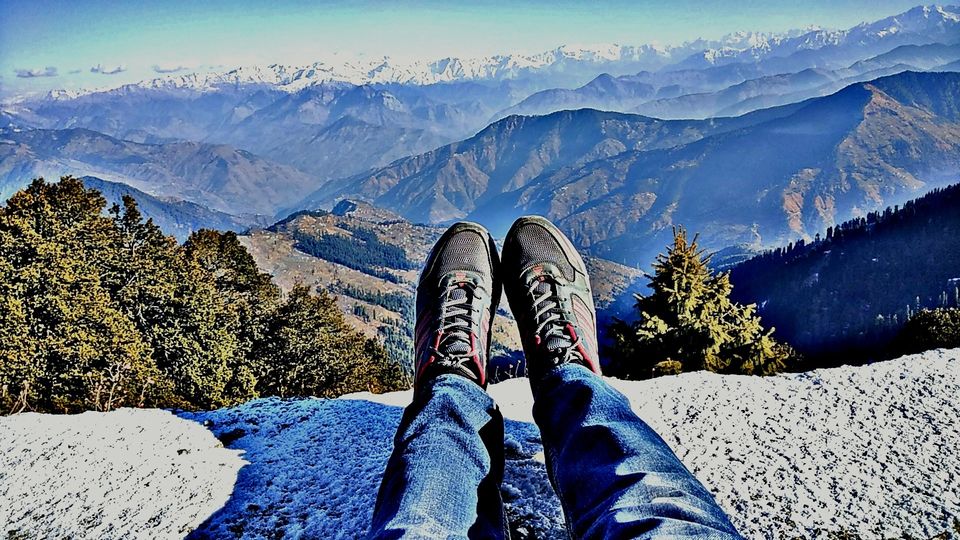