Being At The Top Of The World 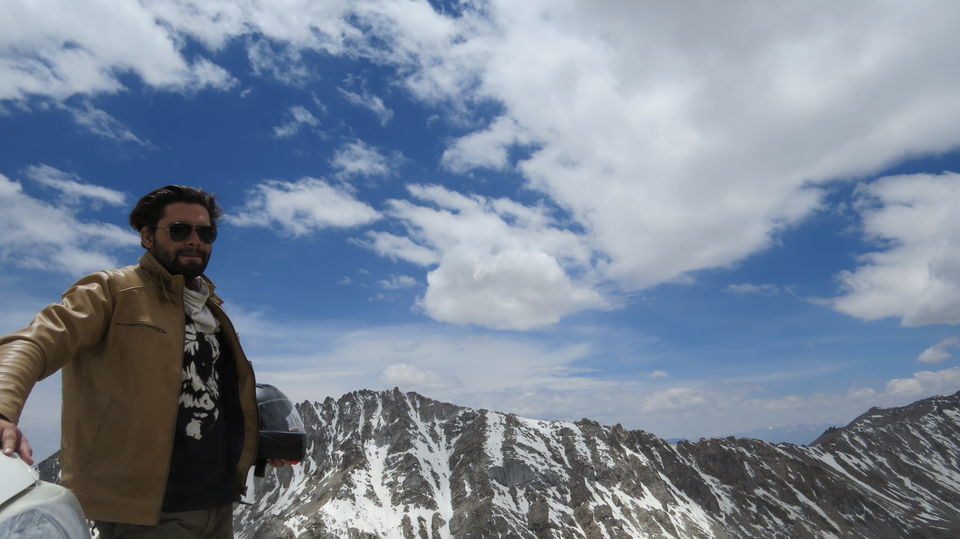 I have never been so nervous and scared in my life till date. The day has come, the day we go to the almighty and dreaded Khardung La has finally come.

We arrived at Hundar yesterday via the Shyok valley riding along the Shyok River. It was the most scenic yet most uncomfortable ride yet. We rode through the village first and then descended to the river banks. Where we literally rode in the river, on the slippery stones. This is not the usual path passengers take while going to Hundar, as it is not considered safe because of the several water streams that run down the so called road. It also experiences frequent land slides in the form of huge stones falling into the river from the top of the mountain. To our relief, we started early and were able to cross the river before 2 pm which is considered to be the threshold time in the summer to avoid the heavy water streams. But the relief did not last long and we hit the worst road possible. Well, it wasn't a proper road as it was being built from scratch. The pieces of crushed stones had not settled in yet and the whole tyre of my bike was buried in it. It was really difficult to maneuver the bike and given the fact that we were riding along the shyok river (the current was scary) added to the nervousness. We somehow managed to dodge that unforgettable stretch of debris that lasted for over 10 kilometers.

Soon before we knew we were in Nubra Valley, the place with the world's highest sand dunes. Yes, you read it right, sand dunes at 10,000 ft above sea. The place was breathtaking with the valleys looking like a sea of sand. The mountains too were as dry and dead as possible. We decided to go a little ahead and spent the night in Hundar (14 kms ahead of Nubra). 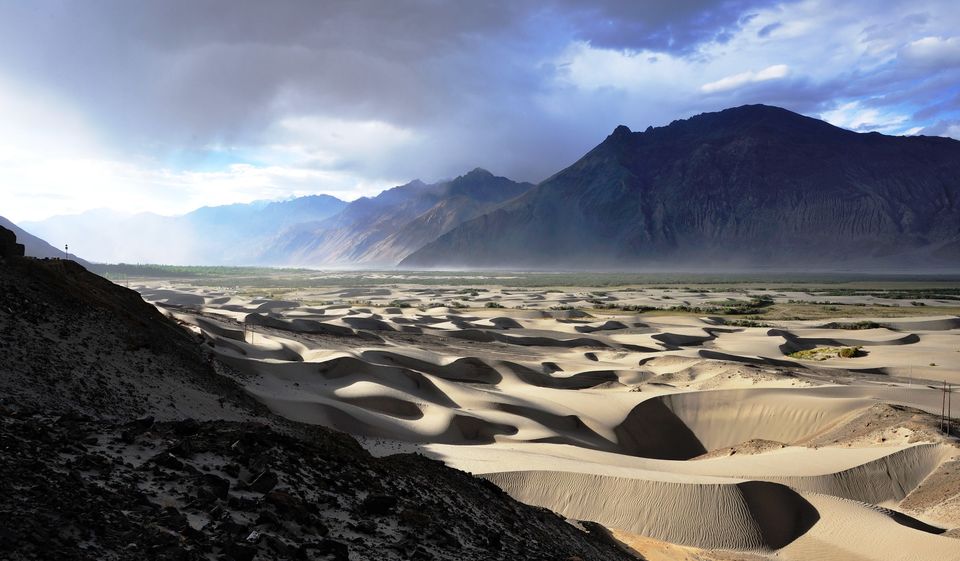 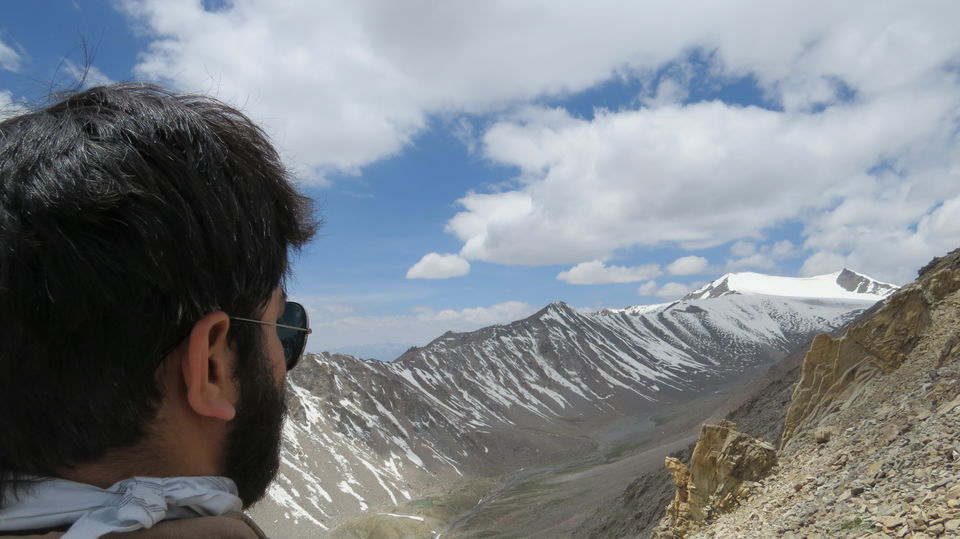 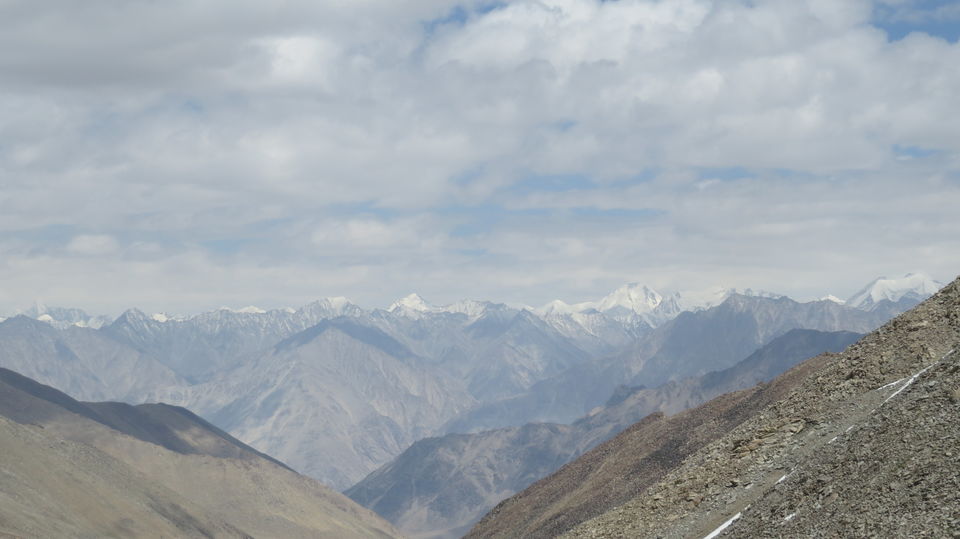 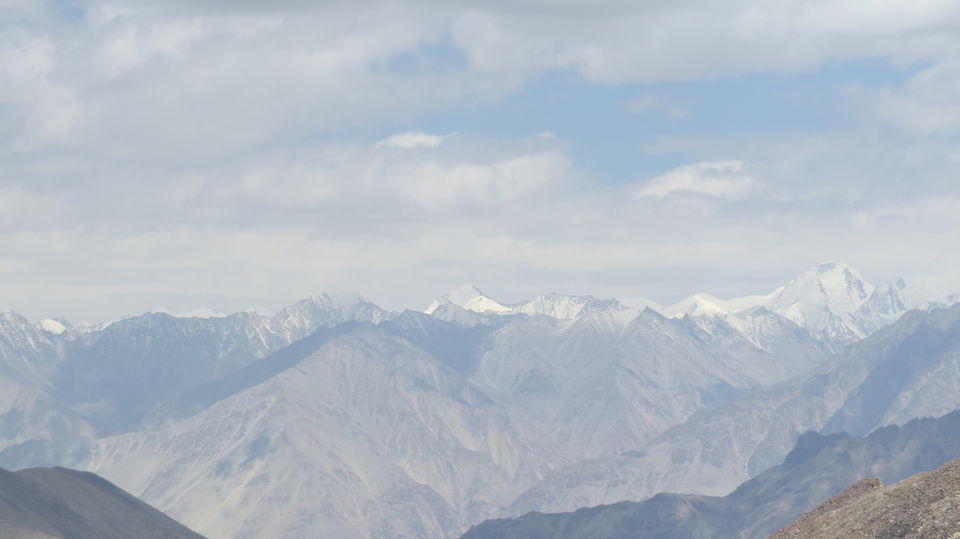 Coming back to the D-Day, the weather wasn't looking too good. It was cloudy and there were predictions of precipitation throughout the day. We did everything we could to stay dry as getting wet could seriously hamper our health. We left our hotel at around 8:00 am after having breakfast. The roads were really nice and smooth and did not offer any resistance till North Pullu. The weather also seemed to be on our side and the Sun kept shining now and then keeping the temperature under control as we approached the world's highest motorable road. The road between north and south pullu are constantly repaired as it is constantly damaged by mother nature. It was no doubt the bumpiest ride ever and trust me the suspensions of a Royal Enfield Classic are not meant to handle such terrains. Still the bike and I stuck together and persevered our way to the top.

The first feeling of just being there and looking around is sheer achievement and suddenly you realize that you're almost at 19000 ft above the sea level and there is not much oxygen in the air. You generally start losing breath and feeling nauseous but, that's not the case with us. See, we didn't come straight to Khardung La from say delhi. We planned the trip in such a way that our bodies had acclimatized and I personally did not feel the lack of oxygen at all. Once you overcome this thought of dying you start to enjoy the view which, by the way is as unreal as Trump being America's president.

I don't think I have relevant words to describe how it felt to be up there and stare at the dead mountains which seemed to be below my eye level for the first time. Just see for yourself:

I saw people panicking after spending 20 minutes here and the Army personnels helping them out supplying oxygen cylinders but, we were having fun just like most other bikers. It took a lot of effort to find a good spot to get a decent picture. We literally had to stand at the edge of the road in order to get a fine picture. Though dangerous but was totally worth it.

Again, it was not at all easy to get to Khardung la but without a doubt one of the best experiences of my life. Something that I'll probably cherish for the rest of my life.

I will leave you with a couple more pictures I took along the way and from the top.

I hope I was able to help you experience the thrill that I went through while visiting this gorgeous place.