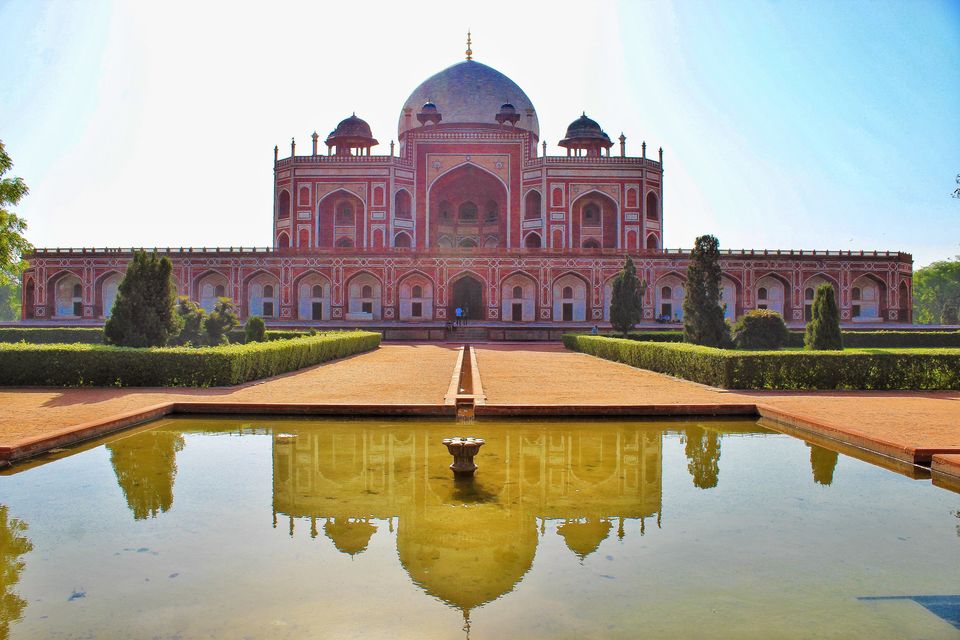 Yes, you heard right. Humayun's Tomb is considered as Taj of Delhi. There is a reason behind it, it is very similar to Taj with red bricks rather than marvel. One of the most beautiful tomb i have seen till now. Some people like it event more than Taj.

This is the tomb Mughal Emperor Humayun in Delhi. It was built in 1570 and this is the first garden tomb. Persian and Indian workers worked together to build this beautiful architecture. So you will see the effect of both the cultures. Interior of tomb is large octagonal structure.

This tomb is also known as "dormitory of the Mughals".

Best Time To Visit : Due to the high temperature of Delhi, it is recommended to visit it during winters.

Ticket : 40 INR for Indians (If you are paying cash then need to pay 40 INR but if you are doing online transaction you need to pay only 35 INR)

How To Buy Tickets : You can also buy tickets online. Avoid visiting this place on sunday because you will find maximum rush on weekend and holidays.

Prefer buying tickets online otherwise you have to wait in queue for a long time.

You can not carry food item, tripod or any dress as there is no shooting allowed within tomb premises. So don't carry these items with you.

Metro : You can take a metro for Humayun's Tomb. The nearest metro station is "Jor Bagh" which is on yellow line. You can also take metro to JLN(Jawaharlal Nehru Stadium) on purple line depending on which route you are travelling. You can take sharing auto from there.

Cab : You can book Ola/Uber cabs which are always available in Delhi and reach the tomb.