Triund: There and back again 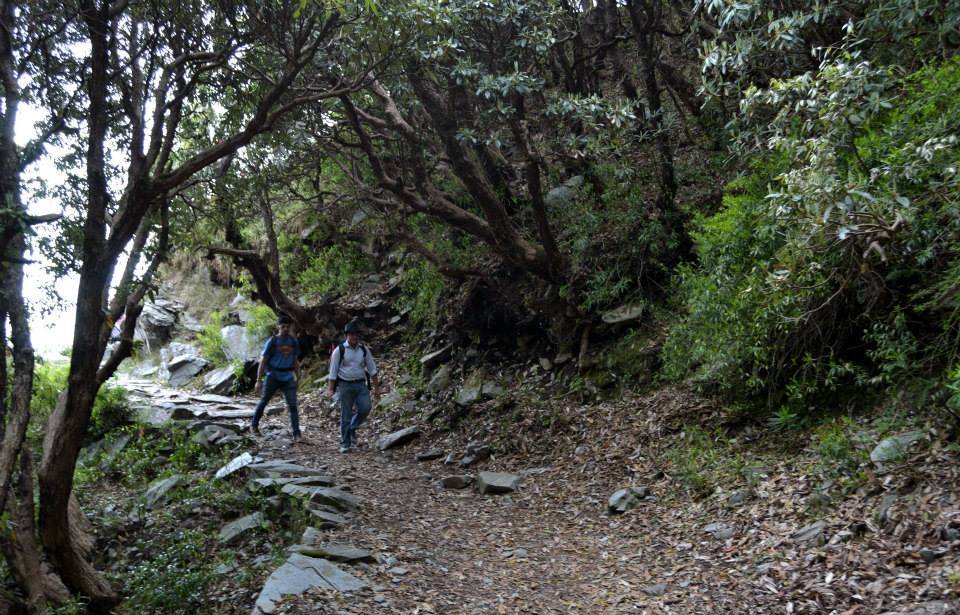 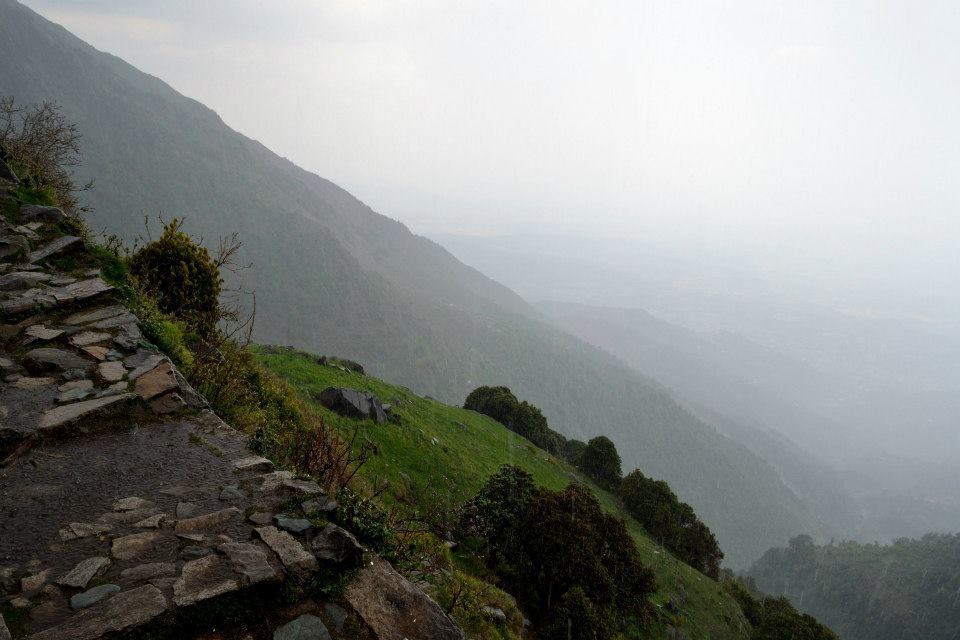 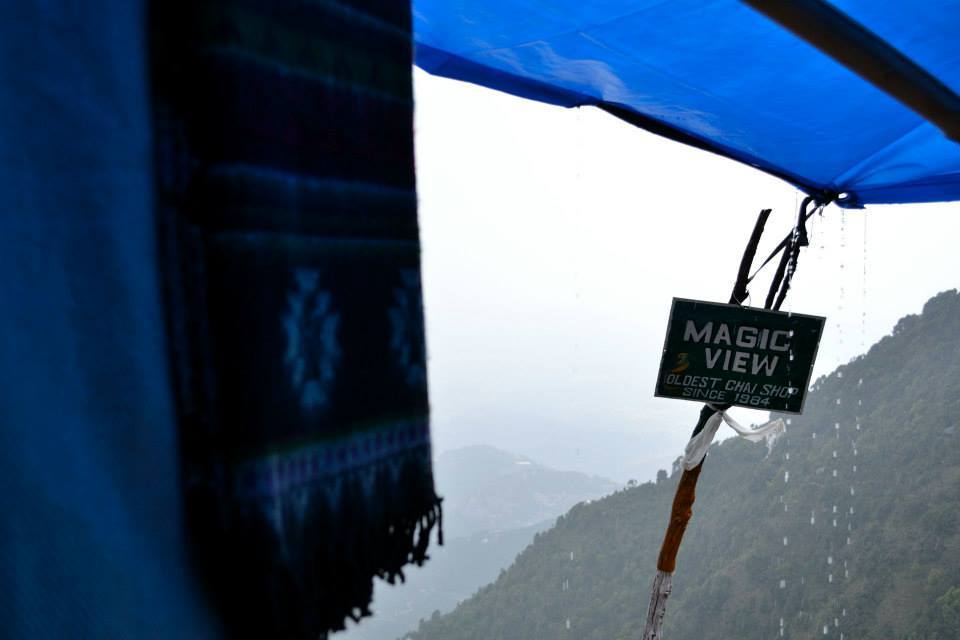 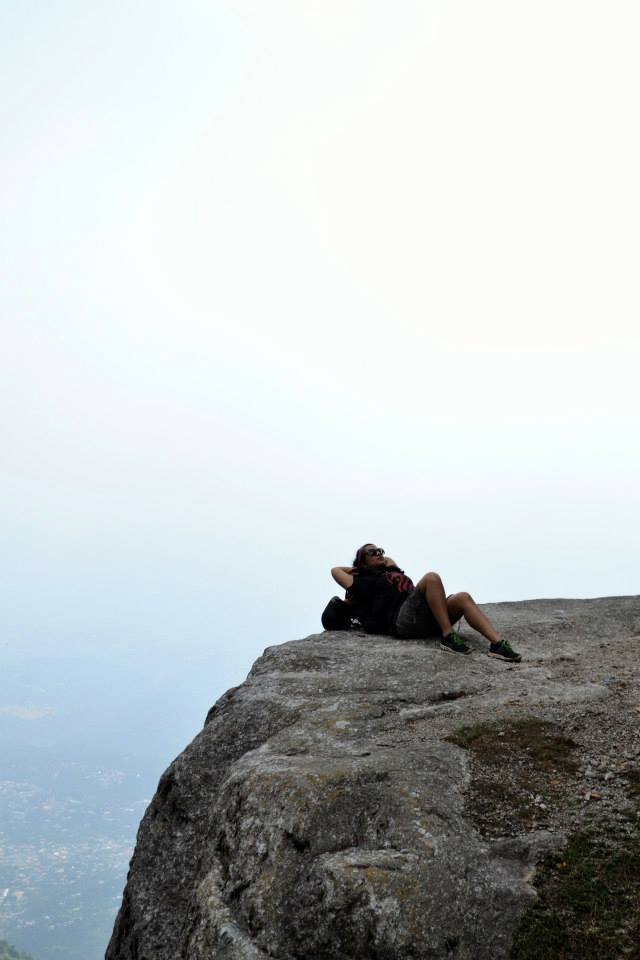 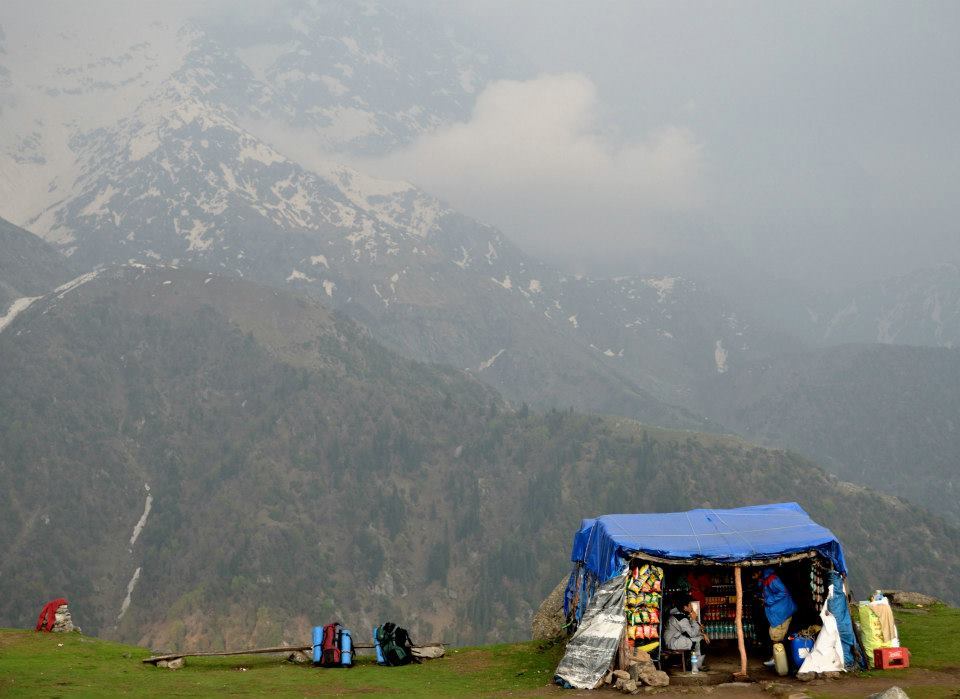 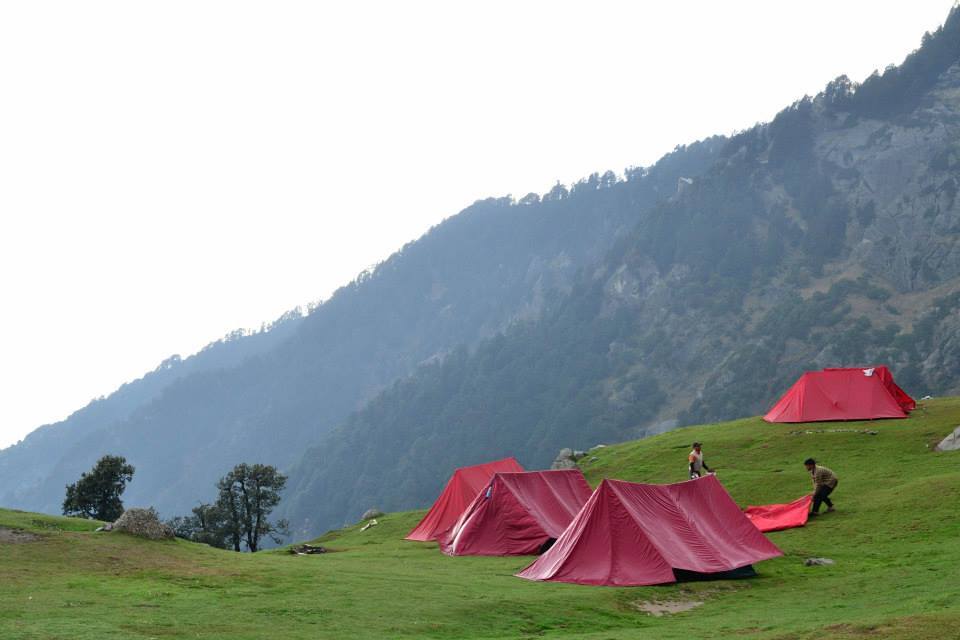 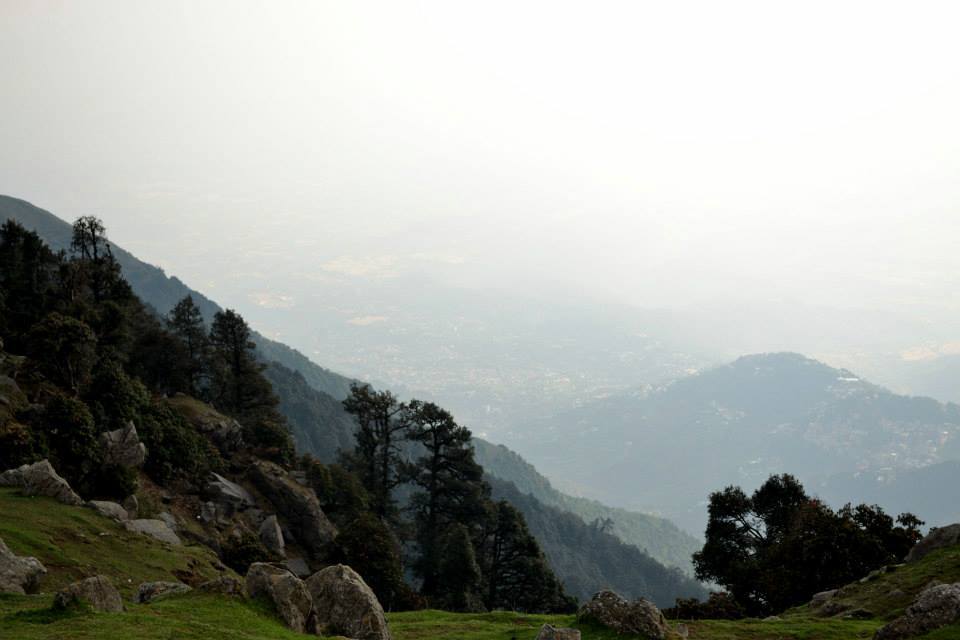 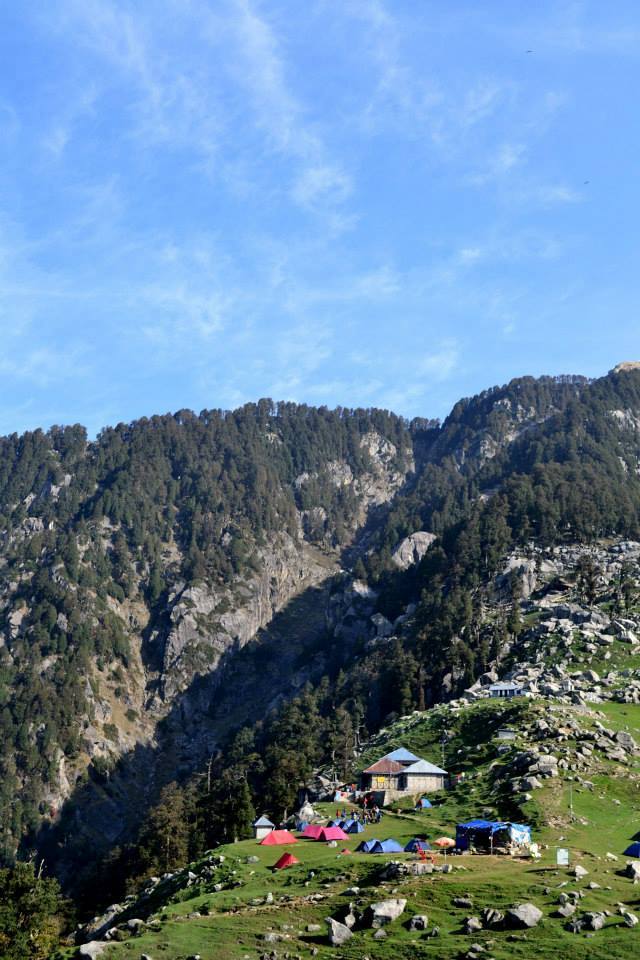 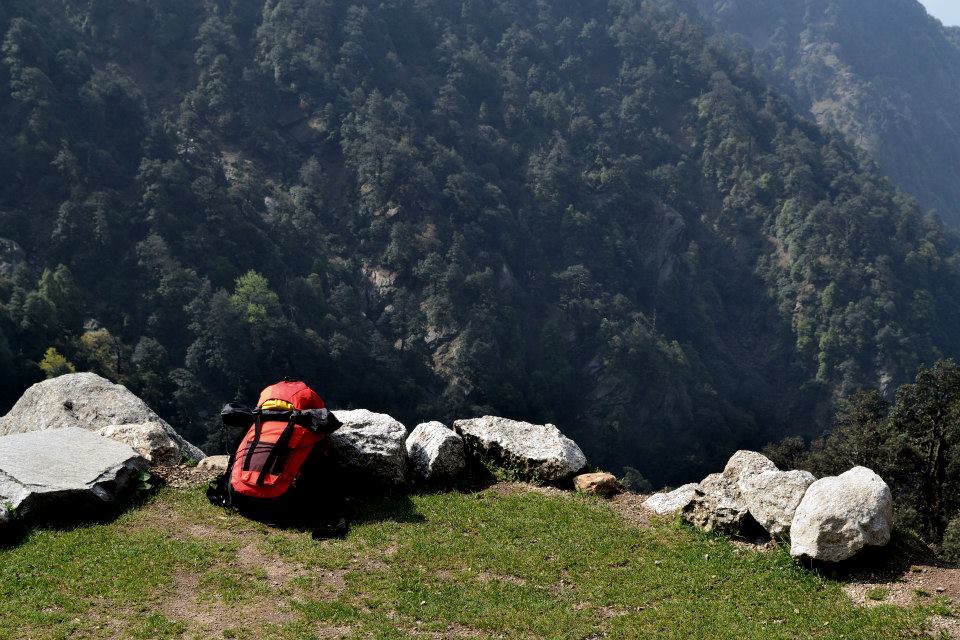 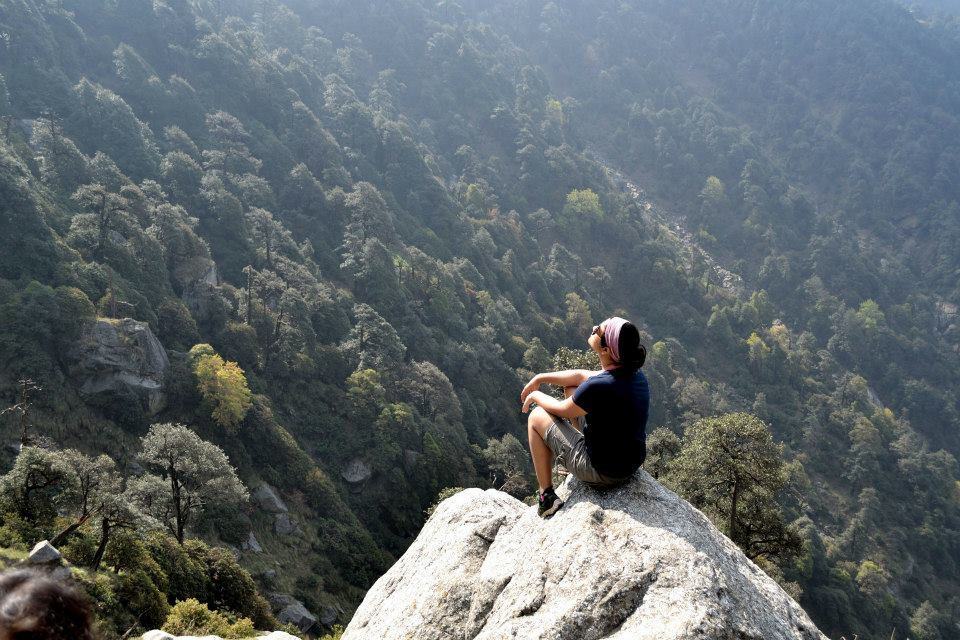 It’s been four insane months of internship. Four months of erratic schedules, 100 hour work weeks and no weekends. It’s a tough line of work, this medicine. But finally, just as the temperature in Delhi was hitting 43 degrees, I managed to steal a weekend getaway. And after a race against time to catch the bus to McLeodganj, I was off to Triund with some of my other crazy friends.

The twelve hour bus journey to McLeodganj was mostly uneventful. We reached around 7:30am, hungry for some yummy breakfast at The Four Seasons Café- I had missed those scrumptious chocolate pancakes! Satiated, we headed toward the Dalai Lama Temple (to pay our respects and also) to use the loo. I have always loved the atmosphere in the Temple. I could sit there for hours looking out into the picturesque valley. In my earlier visits, one was allowed to carry electronic items like mobile and cameras inside the temple. However, it was not allowed this time and we decided to visit the temple in shifts with some people staying behind to look after the bags.

We hired a taxi to Gullu temple (Rs. 600 for an Innova) from where the trail to Triund starts. The trek is about 6km and it took us about 4 hours to reach Triund. The trail wasn’t too steep but there was a fair bit of clambering over rocks involved. My favourite part was the smell of the mountains. The clean, cool air laced with the scent of mulch and rhododendrons. We started at a steady pace, with the crunch of leaves and stones beneath our feet and the mountain breeze in our hair. The sun was shining brightly and no one could have foreseen the rain that lashed down on us about 2 hours into the climb.

We climbed on through the rain, continuing to clamber over wet stones. In retrospect, that might not have been the safest decision. But the experience of walking through the trees and over rocks with the rain on your face was worth it. Maybe we decided to continue climbing because we knew we were almost half way there and that there was a little chai stall where we could find shelter till the rain stopped. Ah! The joy of a hot cuppa in the rain!

The rain stopped as suddenly as it began and the sun was out once more, wearing a bright smile as though nothing had happened. We waited at the chai stall for almost another half hour during which our clothes dried in the sun. Then we began the second leg, with a little more treacherous footing  because of the rain. It took us about 2 and a half hours to reach the campsite. We hired two of the remaining three tents (Rs. 800 per tent) and set up shop near the chai stall.

Feeling a little rejuvenated after some hot grub at the stall, we walked around the meadow taking in the breathtaking site. Rain gods decided to grace us with their presence once again and we had to retreat to our tents to avoid getting drenched. This unfortunately meant that we had to abort our plans to trek to the snowline. The rain let up around dusk and we were out again, looking at baby lamb grazing in the field.

The night was a cloudy one for most part so we couldn’t see the glorious night sky and show off our Sky maps. There were multiple camp fires at night with people singing and/or playing trance music while drinking/smoking up. My friends and I had the simple Indian dinner being served at the stall and hung out around the fire for a while hoping to get a little warmth.

The next morning, we started our descent around 8am and reached McLeodganj just in time for lunch. Our bus back to Delhi was at 7pm. The 6 hours in between were lost in the midst of the incredible ravioli at Jimmy’s, the delicious carrot and cinnamon cake at Nick’s and the McLeodganj special- hot ginger lemon honey tea. Heaven!