An Interaction With The Youngest Man To Visit Every Country In The World!

The youngest male to have visited every country in the world! Image Credit: https://www.businessinsider.in/home/meet-the-28-year-old-london-banker-who-is-the-youngest-person-to-travel-to-all-196-countries/articleshow/56622993.cms 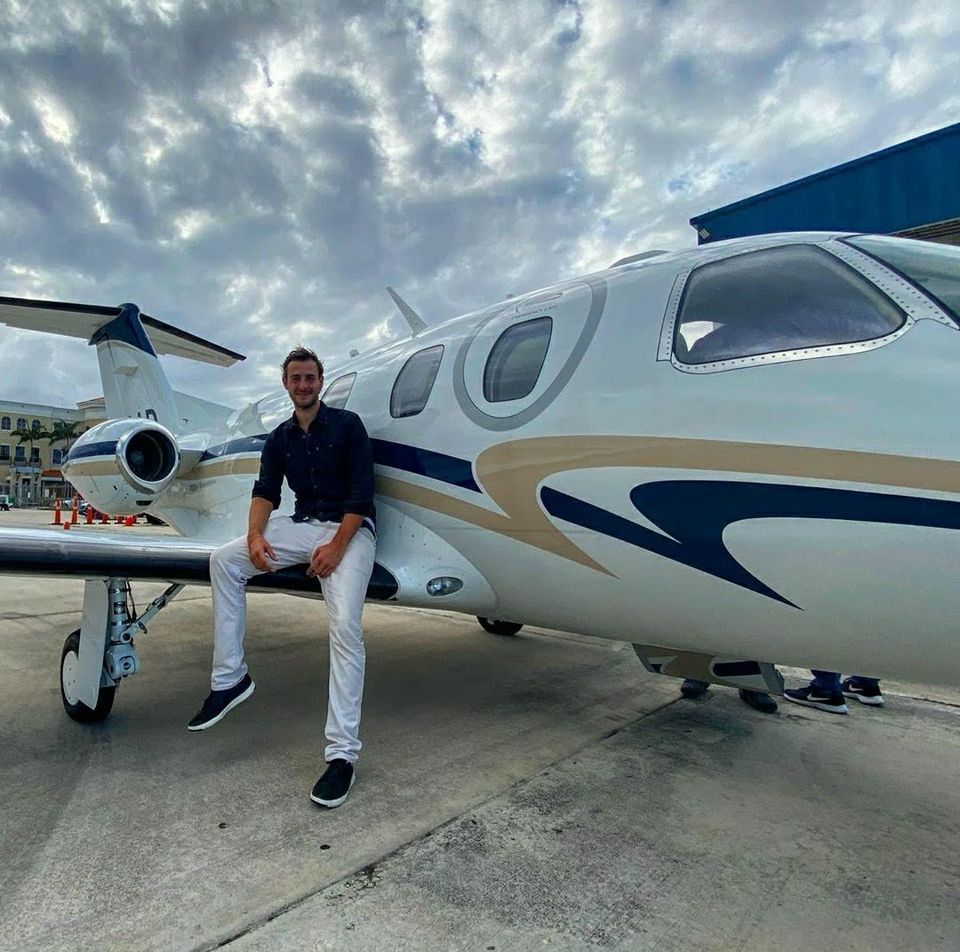 When words such as 'wanderlust' and 'fernweh' are thrown about in casual conversation, when posters of the world map adorn people's walls and when stalking travel accounts on Instagram still don't leave one satiated, you know that such an individual carries a hunger to explore the length and breadth of the Earth. But what happens when you've actually done it? What does one feel when they've actually ticked off visiting every single country in the world?

I had a chance to experience the feeling vicariously when during an Instagram Live session I interacted with the youngest male to have travelled to all 196 countries! Meet James Asquith, the man who set this record at just 24 years of age.

Bitten By The Travel Bug Or Stumbling Upon A Love For Exploring?

When we hear of record holders, are minds instantly race to their backstory, right? How did it start? Were they born with this passion? Or did something inspire them? And, we'd be amazed to learn ever so often that the most basic of human emotions can actually push one to achieve something so extraordinary!

That's how it was for James who was simply eager to travel with his two best friends. Fresh out of high school and soon to enter the undergrad world, the friends had decided to set off to Vietnam to volunteer for building houses back in 2008. In preparation for the trip, as he was purchasing his backpack, the store manager suggested that he gets a more durable one as he would most definitely get the 'travel bug'. At the time James laughed it off, thinking, no way, he was simply taking this one trip with his friends. Who knew that he would one day go on to set a Guinness World Record?! (Broken by Lexie Alford in 2019)

Back then he was 18 years old and taking a gap year before heading back to the university. In the gap year he was headed for a 3 months trip to Southeast Asia. But it ended up becoming 5 years of travelling around the globe. Ironically, his companions, with whom the plan had originated, returned home but it was James who decided to set off exploring.

Born to a pilot father, James was exposed to the world of travel from an early age but didn't quite travel except for the occasional family trips. When he was younger, he saw his family deal with financial problems. So, he went up and down his neighborhood washing cars and doing odd jobs. He brought a jar of money to his mom and said, "This should help".

While a record as the one held by him sure sounds exciting, it didn't happen overnight. At 16, the subject of this article was managing 3 jobs along with school! He would save up cash, exchange Christmas gifts for money to collect enough to ensure that he didn't see struggles later in life. At the time his dream was to buy a big house one day. But life or rather the itch to wander had other plans.

It Takes Big Measures To Fund A Dream So Big!

At 18, he was trading on the stock market and made enough to take a long trip with his friends. Initially, the Vietnam trip was intended for a short period of time but it was only two days after he returned from there that he headed off on his first solo trip to Egypt. He till date credits the first trip for teaching him a lot about different cultures, understanding and also tolerating them while exploring.

When he returned to college for his second year, he found himself thinking that the year would be exactly the same. So, he shut his books, packed his bags and travelled for 9 months across Sierra Leone, South America, Iran and Syria. He also started travelling frequently with his father and a lot more even on his own. The adventurer's feet saw him gallivanting without concerns of network routes and unknown territories.

Soon he reached the realization that he wanted to go everywhere.

For funding his trips, he would look for jobs whenever possible. In Peru he worked as a bartender in exchange for lodging and meals. Overtime he continued to travel even as he finished his college at LSE or when he went on to work with the likes of HSBC and other banks.

How Did It Feel To Enter The Final Country?

Halfway through his adventures, when he'd visited around 100 countries it struck him that he could actually make a world record. Then came the thrill of chasing it to see it through. His final country was Micronesia. Tell me, if it was you, how do you think you would feel? If you were about to set a global record? If you were to be the first to have laid foot on every country known to humanity? What emotions would be surging through your veins?

While a feat such as the one achieved by him would be looked at as momentous or extremely enthralling, as something out of a book or a movie, I was amazed to hear James's response when I asked him how he felt. Here I was, full dramatic as can be expecting things to go in slow motion when he would reveal the feeling. But James spoke of how a part of him felt hollow, empty even.

He said that at the time he hadn't thought of much beyond it. He had been on an adventure and the rush was in going after it but what came after it hadn't been pondered upon. I guess that's the cost of having a dream for so long and finally seeing it through. It leaves a vacuum within our souls that whisper in our ears, "What next?".

What Came Next For The 'Expert'?

On account of the paperwork involved, it took a while until James finally got his Guinness World Record. He authored a book titled "Breaking Border: Travels In Pursuit of an Impossible Record". He continued with his bank job for a while and then went on to start a travel venture called Holiday Swap and is a writer for Forbes as well.

He is also active at debunking Instagram trends and facades! James spoke passionately about how we need to stop showing a location as absolutely empty and misleading travelers because what they find there is the exact opposite. He stressed upon how the throngs of crowds or the hustle bustle around a popular spot is what lends life to it.

And yet what I find most impressive about a man like James is not the record itself but the yearn to continue to explore more. When I opened the comments section for questions, it was flooded with query after query on destinations from all over the world. While he answered many, he was also very vocal in saying that he cannot claim to be an expert of a number of these countries. He emphasized on how the stamps on his passports don't make him the go-to guy for all of those places as he often spent just a day or two in a number of them.

You'd think that to be able to say that one has visited each country on Earth would be enough. However, James is clear that he still gets excited at the thought of revisiting and exploring further! He told me how so many places still spark his curiosity, how some adventures still tug at his heart. Sigh.

For more such inspiring stories, Follow Tripoto on Telegram!