Paro Travel GuideParo TripsBhutan - The Country That Made Me A Storyteller !

Bhutan - the country that made me a storyteller ! 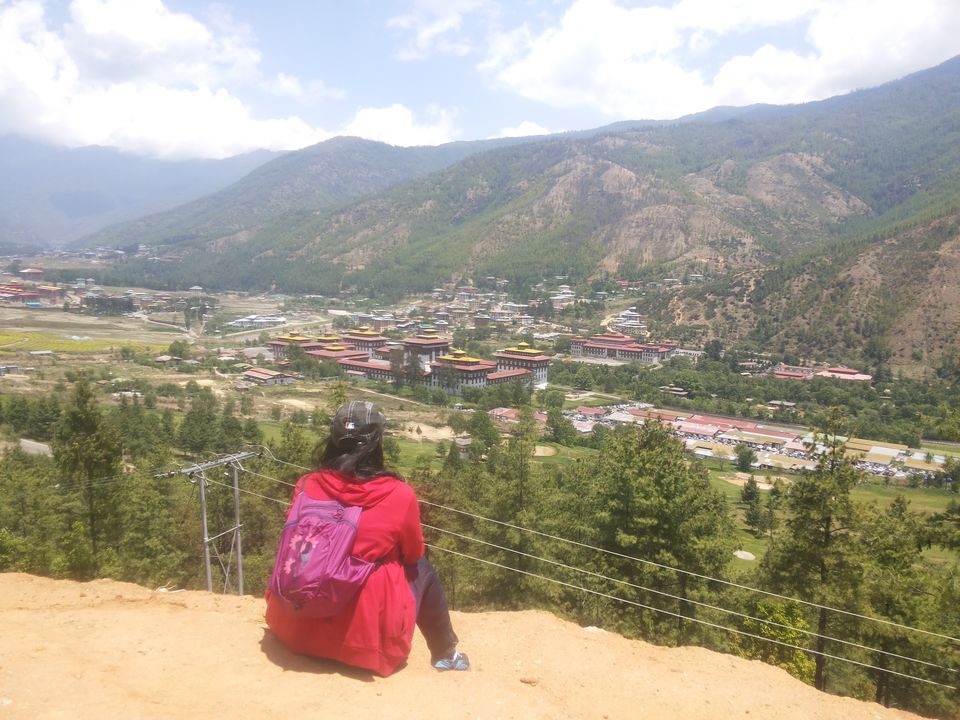 Kids, on the way to school ! 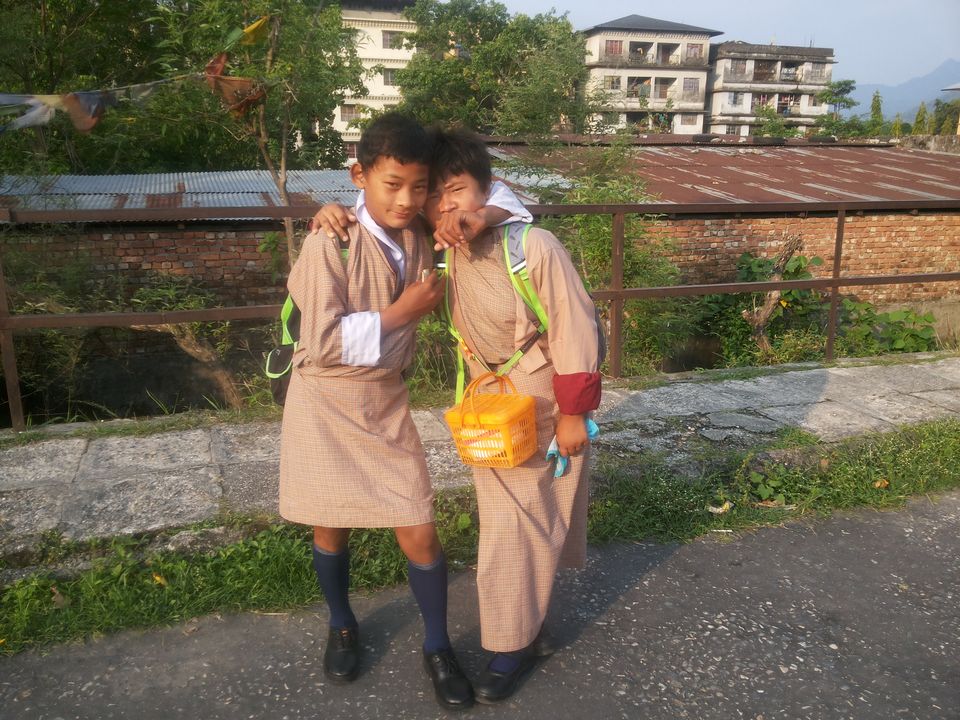 Torsa, the river in Phoentsholing 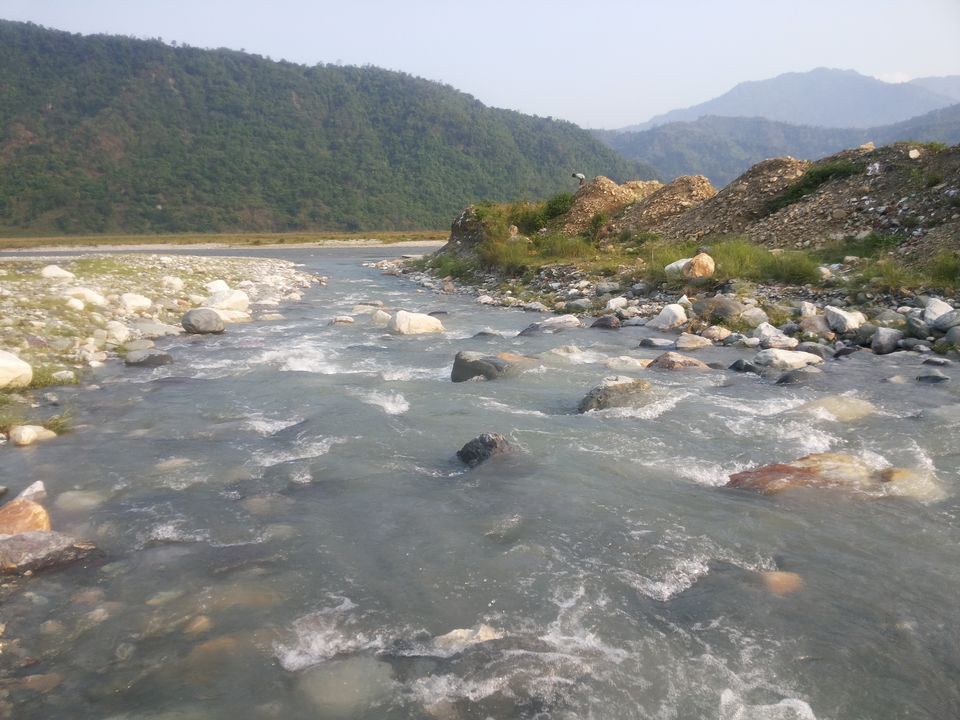 At one of the Dzongs 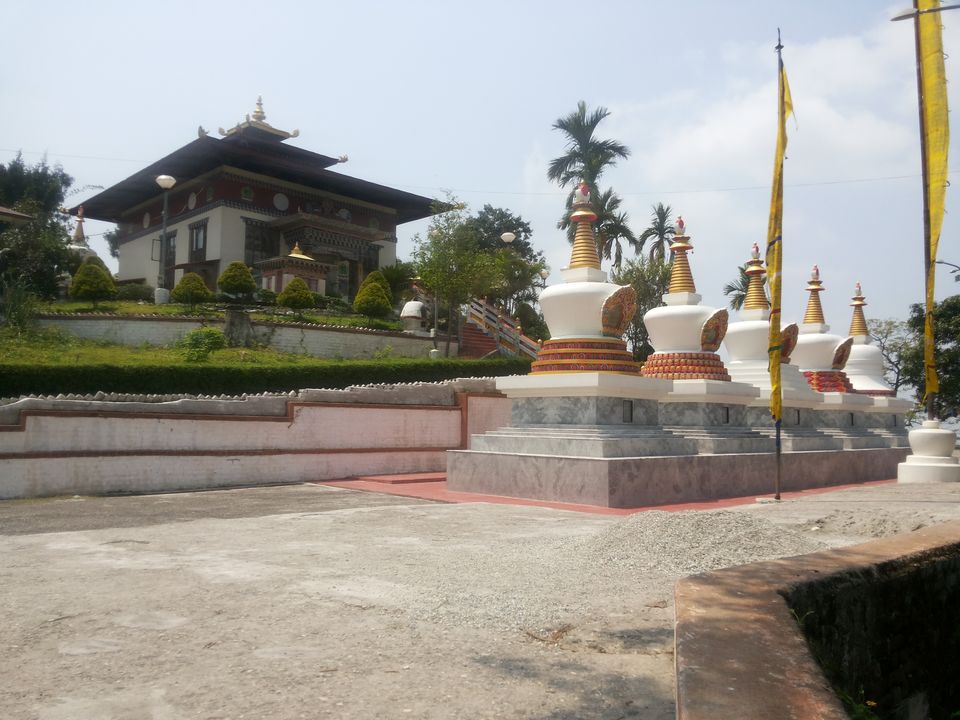 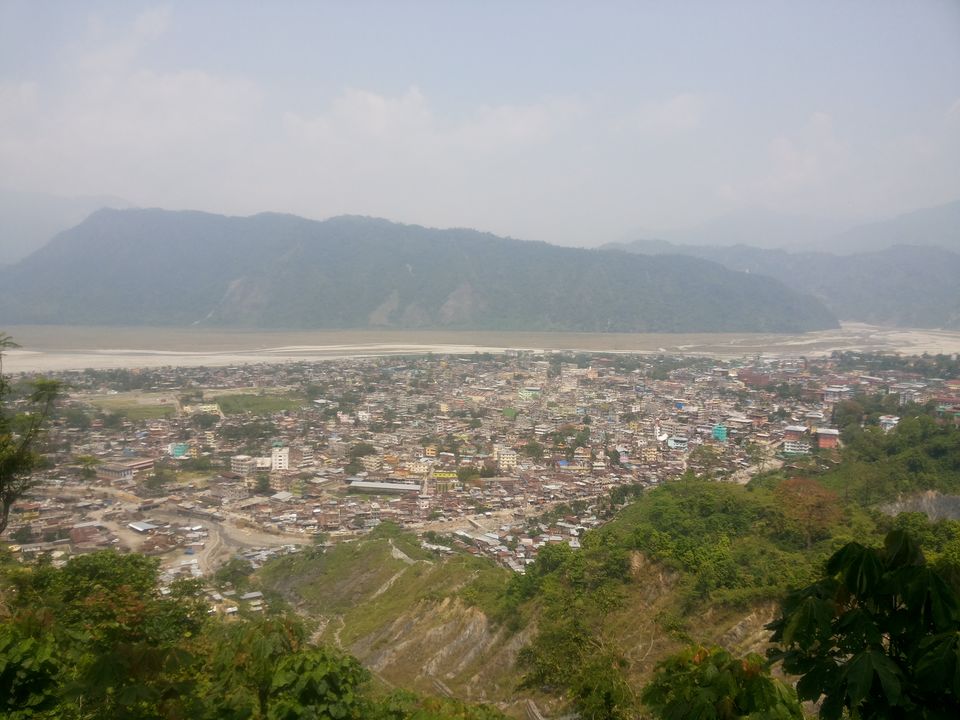 Drive to Thimpu, with the clouds! 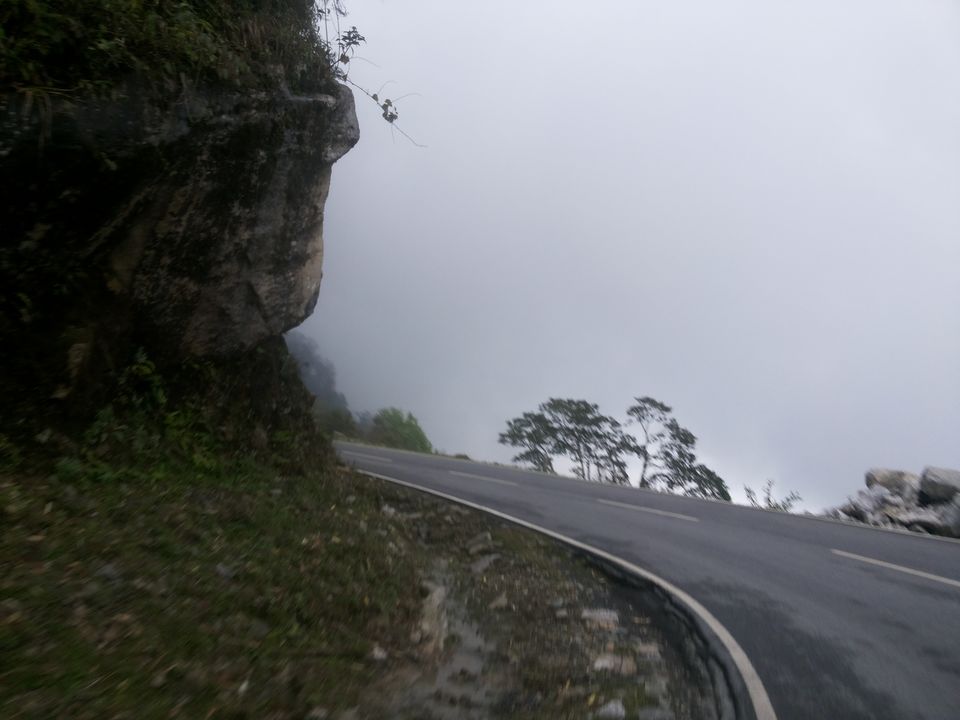 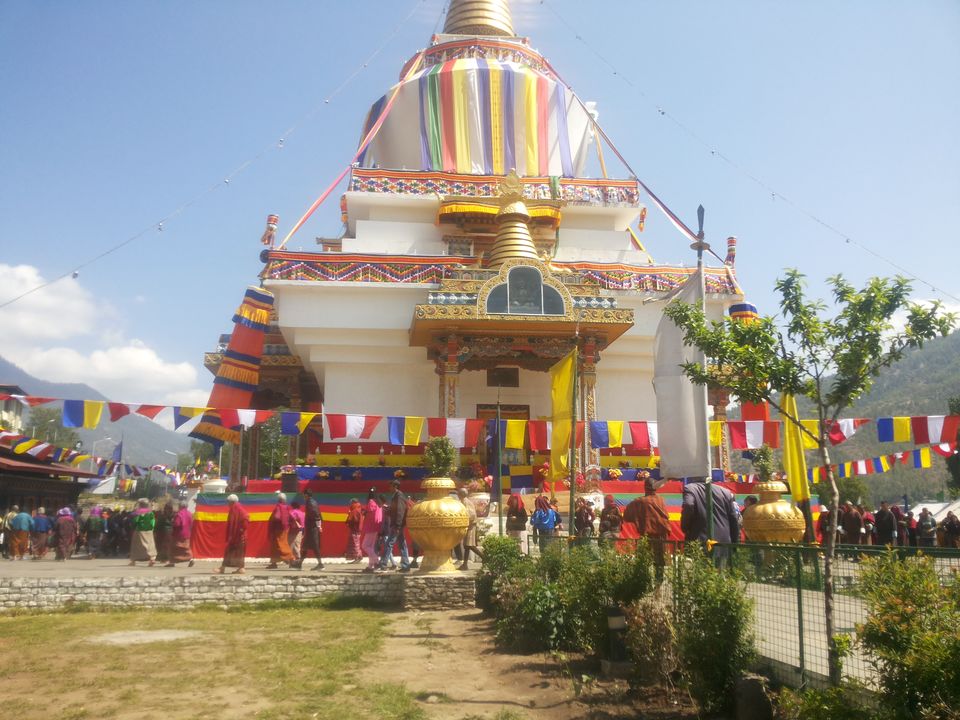 Thimpu Valley, atop the Budha Point 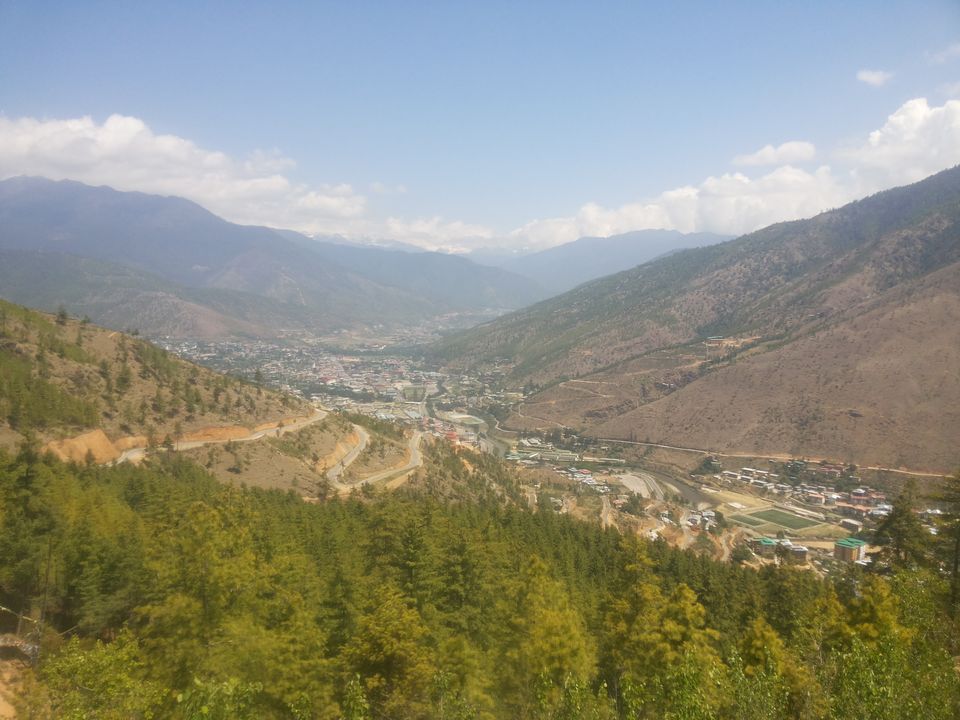 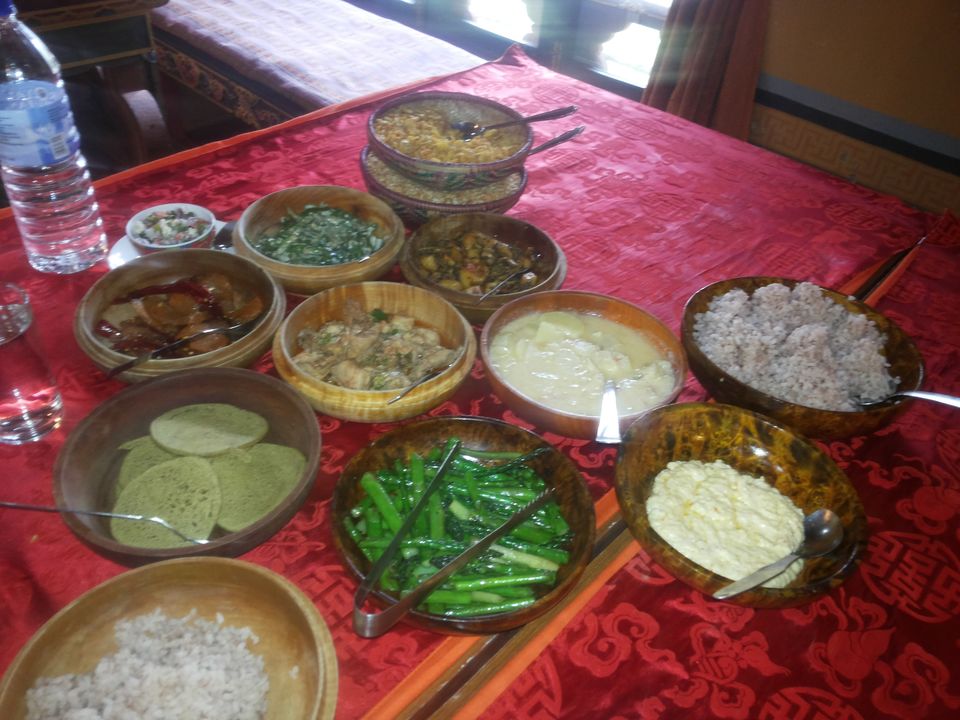 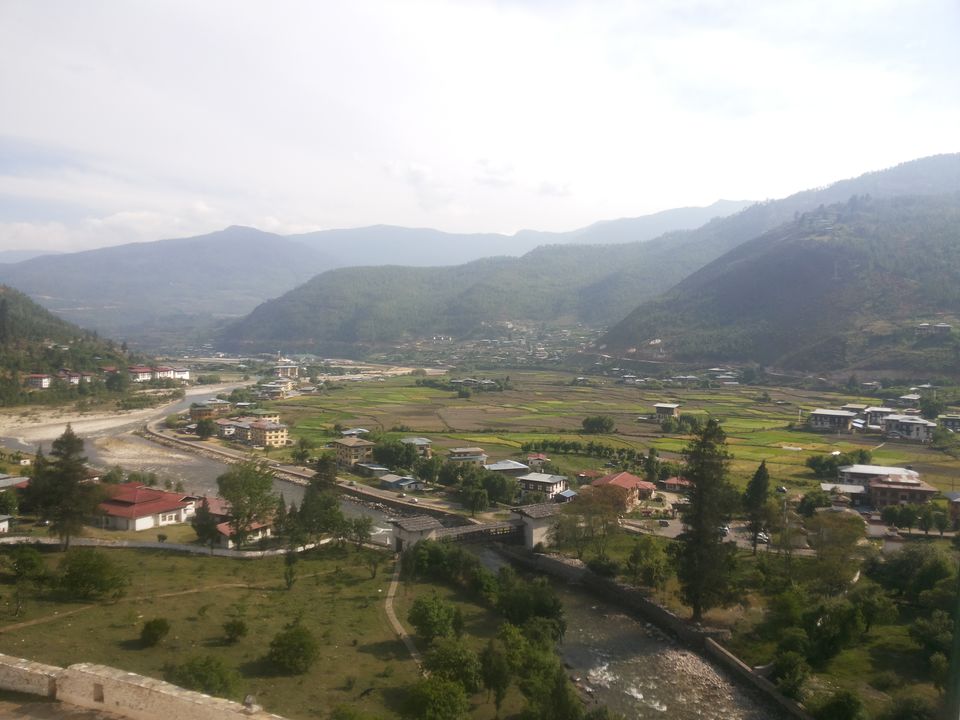 And so, after days of first battling it out with myself, and then answering the dozens of “Why alone”, I was finally, on my way. For my first ever, solo travel. Scared, Anxious and excited as hell! In my head and heart, I knew I wanted to do this, now. And that’s all that mattered.

I started off with Gelephu, a small town on the Bhutan-India border. Didn’t really have it in my itinerary, but decided to take a little de-tour.  The first thing that strikes you is the clean and quiet roads, where no-one even honks. The city is small enough to cover on foot. My first realisation was the ease with which people smiled at you, even when they don’t know you. The hospitality and the warmth with which they treat you.  Attended a concert by Ugyen Pandey (one of the most promising upcoming singers) and the Druk Live Band. Some event it was, with the crowd dressed up in an ensemble which would give our top models a run for their money! The next day morning, I came across this school fair organized to raise money for teachers. Little kids, boys in “Gho” and the girls in “Kira” went around, advertising and bringing in customers to try their game or product, with an enthusiasm that would put the best of “Sales Managers” to shame. Somehow, these little local events speak so much about the respect and compassion that seems to drive the culture of happiness in Bhutan.

For Phoentshiling, I came back to India till Alipur Duar (a small town in West Bengal), and took a shared taxi till Jaigaon from where one could enter the city. A commercial hub, touching India again, you will find a predominance of Indian culture. Pan shops, Indian textiles, cigarettes, almost everything. The highlight was the walk along the river Torsa. The sound of the water as it flew over the rocks and pebbles, the cool morning breeze, the mountains that were just, so near that you felt you could jump out and reach them. The view was, to say the least,  magical. And I sat there, looking at the mountains and the trees, hearing the river, devoid of any thought in my mind. Just the present, just me. The existence, the feeling of being alive. The enormity of it. The simplicity of it. And I know that for a moment or two, my vision had blurred.

Met a localite,Dorji, who agreed to take some pictures of me with the magical background, and we got talking about the country. How the two countries were so near, and yet so different. What left me amazed was the fierce pride and loyalty towards the king, and the kingdom and how everyone seems to rejoice in the country’s success.

The drive from Phoentsholing to Thimpu is breathtakingly beautiful, with the apple and orange trees growing on the hillside, and the temperature dropping from 24 degrees at Phoentshiling to an 8-10 degrees at Thimpu. You see more people, more traffic here, but the warmth and courteousness of people remains the same. The mornings are beautiful for walks along the river or at one of the Dzongs, and the day is spent exploring the town. Though you can walk around the whole city, it’s fun to take the local bus, just to have a feel of it. The folk heritage museum is a must visit, not for the museum so much, as much the restaurant which serves a complete traditional Bhutanese spread! Oh, and watchout for an overdose of cheese and chillies! The Chorten Memorial was alive with the sounds of prayer the whole day, being Budha Purnima. I sat outside the chorten with the others, looking at the prayer flags in red, yellow, blue and white mounted on poles fluttering in the wind.

“When the wind blows, the prayers are heard. It’s a good sign”, said the young lady sitting next to me, following my gaze towards the flags.

Other places which found my time were the National library (which actually has the printing blocks for prayer flags), the Simtokha and Traschichhoedzong, the changangkha lhakhang (the courtyard gives an unmatched view of the entire Thimpu valley!), the Budha Point, the zoo with the national animal Takin, the Dupthop nunnery at Zilukha. One could spend the evenings at one of the Karaoke Nightclubs (and you’ll be amazed to see how Bollywood creates an impression here!) or just wandering around the streets in the local handicraft shops.

The drive from Thimpu to Paro is a beautiful paved road alongside the river Paro Chhu, with terraced rice fields extending on both sides. All along, you pass these beautiful two or three –storied houses, with windows framed in decorative painted wood panels of lotus blossoms, wheels, swirls, and garuda, the mythical bird. No visit to Paro is ever complete without the trek to Takhtasang Lhakhang, or Tiger’s nest, as it is popularly called. The monument alone is an architectural wonder, standing on a Cliffside, around 900m above the Paro valley floor. One cannot help but wonder, how it was ever built, all those years back, and still remains to be so resplendent! The Paro museum is another place that’s as beautiful inside with all the cultural dances, calendars, flora and fauna, as it is outside with an unparallel view of the Paro valley. The Kyichu and the Drukgyel Dzongs, the Rinpung Dzong, the Ugyen pelri Palace (considered to be one of the most beautiful examples of Bhutanese architecture) are other places to see in Paro. And all along, the mountain chain, the river, the open sky follows you, makes you want to stop for a moment to imprint it in your memory, forever.

As I walked out on the street on my last night in Paro, after the best ginger-tea I’d had in one of the street cafes, I stopped to look at the lights of the Paro Dzong, as it stood out, blazing white in the dark night. And I couldn’t help feeling a tinge of regret, leaving behind this beautiful country with its mountains and rivers. And the streets with men in “Gho” and women in “Kiras”. And the Dzongs with all their mani’s and prayer flags. And the people who called out “Tashi Delek” (good luck!) to everyone, everytime!

As I boarded my flight back to Paro, I knew this to be true,

“The beauty of the country leaves you speechless, and then turns you into a storyteller”