Fortaleza is the capital city of the State of Ceará. Despite being a Brazilian, I was amazed to find such a densely populated city in the North Eastern part of the country. Landlocked from 3 sides , it is such a respite that at least to the north of the city lies Atlantic Ocean. It augurs well for the city that it will be one of the host cities of the 2014 Football Fifa world cup.

The Portugese influence is clearly visible in the city architecture. People are friendly . The beaches are great! Who doesn't like sunny beaches ? It helps a lot that it is not that expensive to move around. Handicraft shops give the city a bohemian feel. I wasn't sure if I was able to visit all the places as I missed visiting the Fortress of Nossa Senhora da Assunção in the city centre , but I was more than glad to have visited the following places:

Some typical dishes of this part of the country are : macaxeira, tapioca and carne de sol. But the typical Brazilian dishes such as feijoada, churrasco, rice and beans can also be found easily.

Hotels
A guide to hotels in Fortaleza : http://www.visitfortaleza.com/hotels/

A perfect beach for swimming and bathing, it is devoid of reefs and corals near the shore. The restaurants (barracas) provide food, chairs and parasol. It is not a crowded beach compared to other beaches in Fortaleza which makes it potentially unsafe at odd hours. But other than that, it is a nice place to unwind . 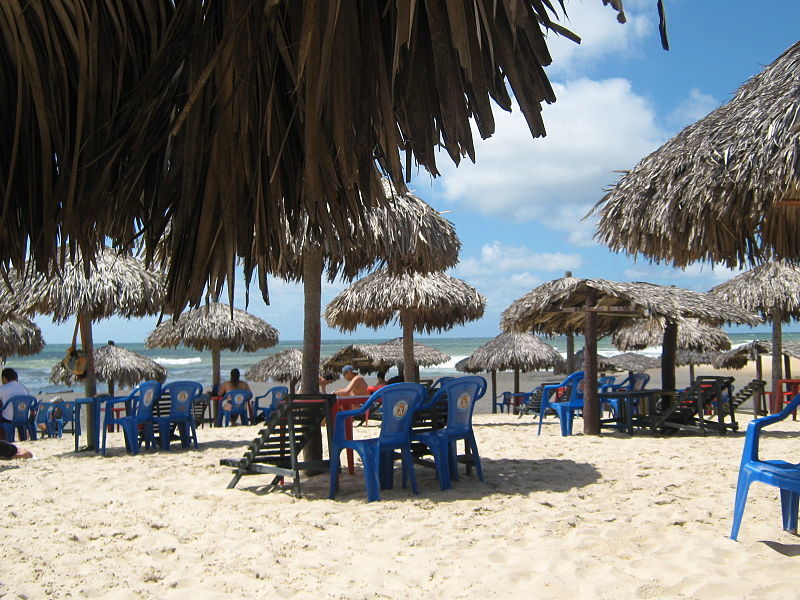 Besides the Fortaleza Cathedral is the 'Mercado Central de Fortaleza' in the centre of the town. Handicraft shops are aplenty and there is possibly everything that is expected in a market can be found here. 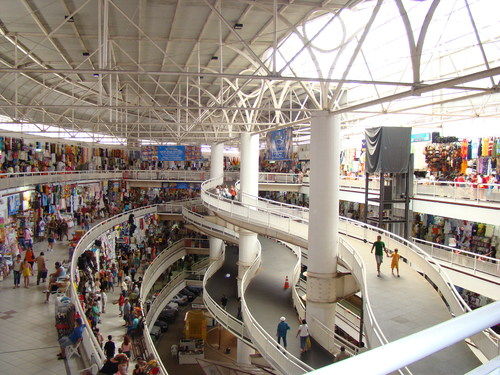 Iracema is an integral part of Fortaleza History. There are five statues of Iracema in the city. The oldest one was built in 1965 and it is located in the beach of Mucuripe. There are plenty of restaurants, art shops and night clubs in the area. 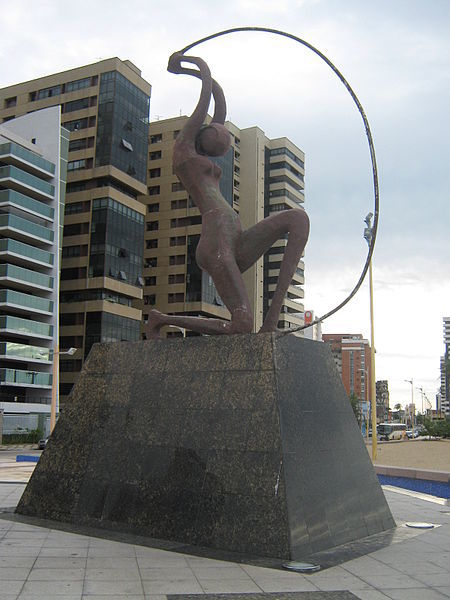 The brain child of French architect George Mounier, it took 40 years to complete! It is the third largest church in Brazil! 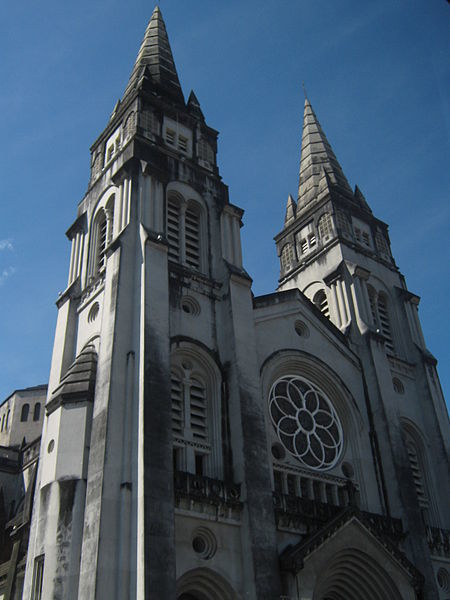 Performances are held almost every evening in this theatre. The interior space tour is monitored. It has kept features of the belle époque in the drawings that adorn the stalls, cabins and stairs - in addition to the garden designed by Burle Marx. Visits every hour on the hour, except noon. R$ 4,00 for 30 minutes. 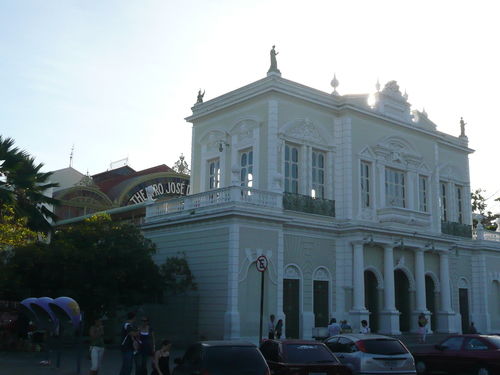 The Estádio Plácido Aderaldo Castelo is a football stadium where few matches of the Fifa 2014 world cup will be held . The stadium is owned by the Ceará state Government, and is the home ground of Ceará Sporting Club and Fortaleza Esporte Clube. 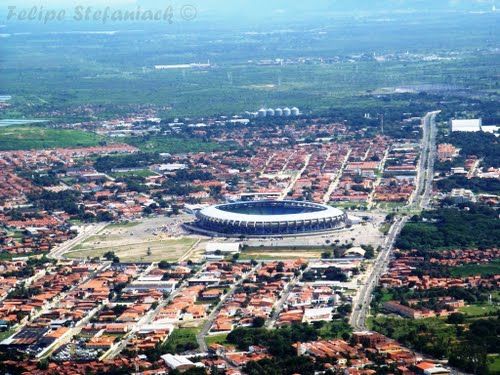 Located on the beach of Porto das Dunas is the Beach Park in Fortaleza. It is the largest water park in Latin America. It comprises of Beach, Aquatic Park and Resort. It is an excellent place for fun activities There are plenty of options inside and plenty of food items to choose from. Some of the attractions include : Correnteza Encantada (Enchanted Current) Ilha de Tesouro (Treasure Island) Maremoto Tchibum Acqua Circo Spa Sauna Massage Hammocks Sports Court Tennis Courts Fitness Center Surf Lessons Games Room Theater Internet Café Convenience Store Laundry Facilities Wet Bar 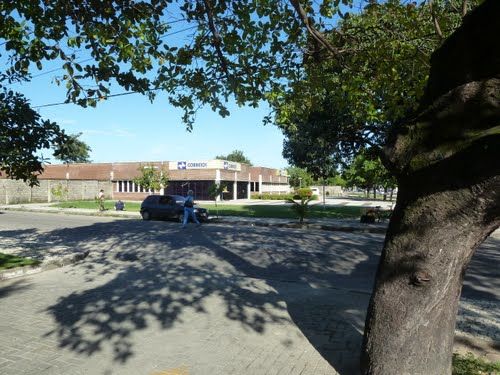 An amazing place for shopping, it is a huge shopping centre of the city of Fortaleza . 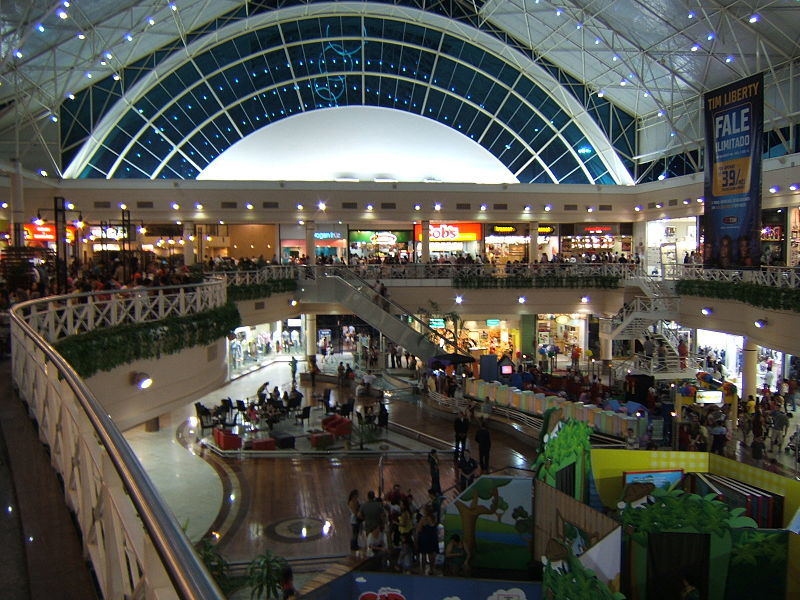