I am pursuing my graduation from Daviet Jalandhar.
Recently we attended fresher's of our college. Like all other stream people we also decided to organise after party of our class. we started making list of interested students, only 8 of 40 showed their interest.
So we 8 decided to go to some nearby place on coming weekend. But in the end we were left only 4. So we all decided to go to Golden city of Punjab, Amritsar.

After attending our Saturday classes we left for Amritsar. Before our trip started we all gave money to one person so that confusion of money spent by each one may not take place. Later on it proved to be a great idea.
We got down at Mall of Amritsar instead of bus stand.
There we had our lunch at one of the branch of Bhrawan da Dhabha(very famous in Amritsar). After that we took combo for mirror maze and horror maze which was a fun experience.

Then we took an auto to Jalian Wala Bagh. We walked around the park and stopped at the famous well where hundreds of people jumped to save their lives from gun shots of British army. On most of the walls, gun shots were highlighted.
There is heritage street(in which all shops and eateries look alike designed keeping Punjab's culture in mind) starting from Jalian Wala Bagh till Golden temple.
Then we went to McDonald's in that street for refreshments.
Golden temple is walking distance from the bagh but we decided to visit it at late night.

After that we went to Gobindgarh fort. There were different packages one  was RS. 250(7d movie, whispering walls show) and other Rs.650 ( dinner, horse riding, fun games ride of golf car in addition to 250). We took 250 package as it was 7:30pm and we were deciding to have our dinner from the most famous dhabha in Amritsar . In fort first we all explored it and then went to see 7d movie(10-15 min.). Movie was about the life of great king Maharaja Ranjit Singh Ji. After that they showed us complementary movie which was a cartoon film(10 mins.). After that we took some drinks from stalls there. Then it was time for whispering walls(where walls speak) show. There were chairs to sit but we decided to sit on grass. Show was about the history of fort. After completion of the show we went to see the museum where different statues and weapons of old time were displayed.

Then we decided to go Durgiana Temple which is 5 min. from the fort. It is a very beautiful temple with architecture very similar to Golden temple . We did not stay there for long because of shortage of time.

We decided to walk till Kesar da dhabha (since 1916)
And it was 20-25 min. walk from Durgiana Temple. Being very famous it was crowded, so we decided to get our food packed and took it to my aunt's house nearby. We ate our food and took rest for half an hour and then walked to Shri Harmandir Sahib(Golden Temple).

When we reached there we heard voice of a lady who was screaming and telling people around her to run after the thief who had stolen her purse. People caught the thief and handed him to police. After this incident, we went to explore shops of heritage street. We bought traditional bangles for ourselves. After that we went to Gurudwara. It looked really beautiful in night and it's shadow was visible in sarovar. We sat on floor enjoying the beauty. After sometime we went to drink coffee. Time was 3:00 am. We came out and walked in the street after sometime we tried famous Punjabi lassi it was delicious.

At 4:30am we went to bus stand to take bus back to Jalandhar. We reached by 6:00am and went back to hostel.

It was a short trip but we enjoyed the most and were fully refreshed and charged to go back in daily college life. 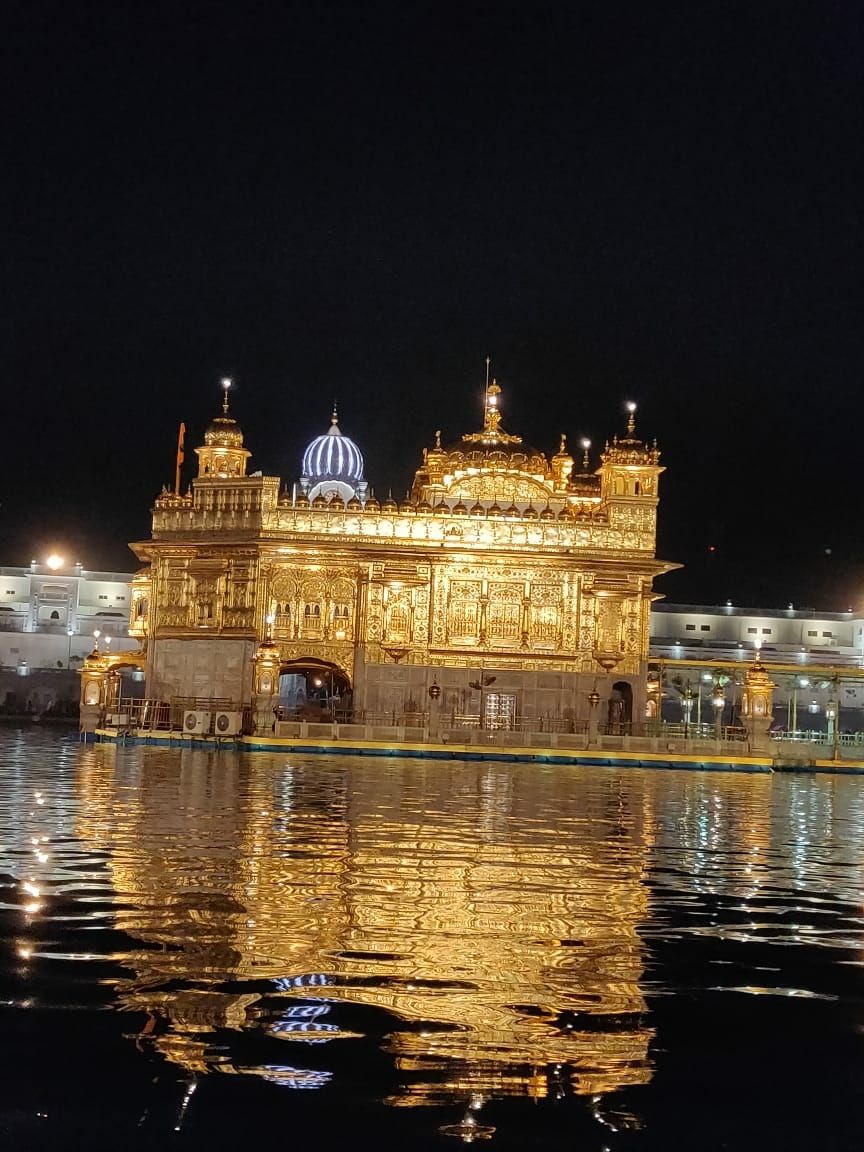 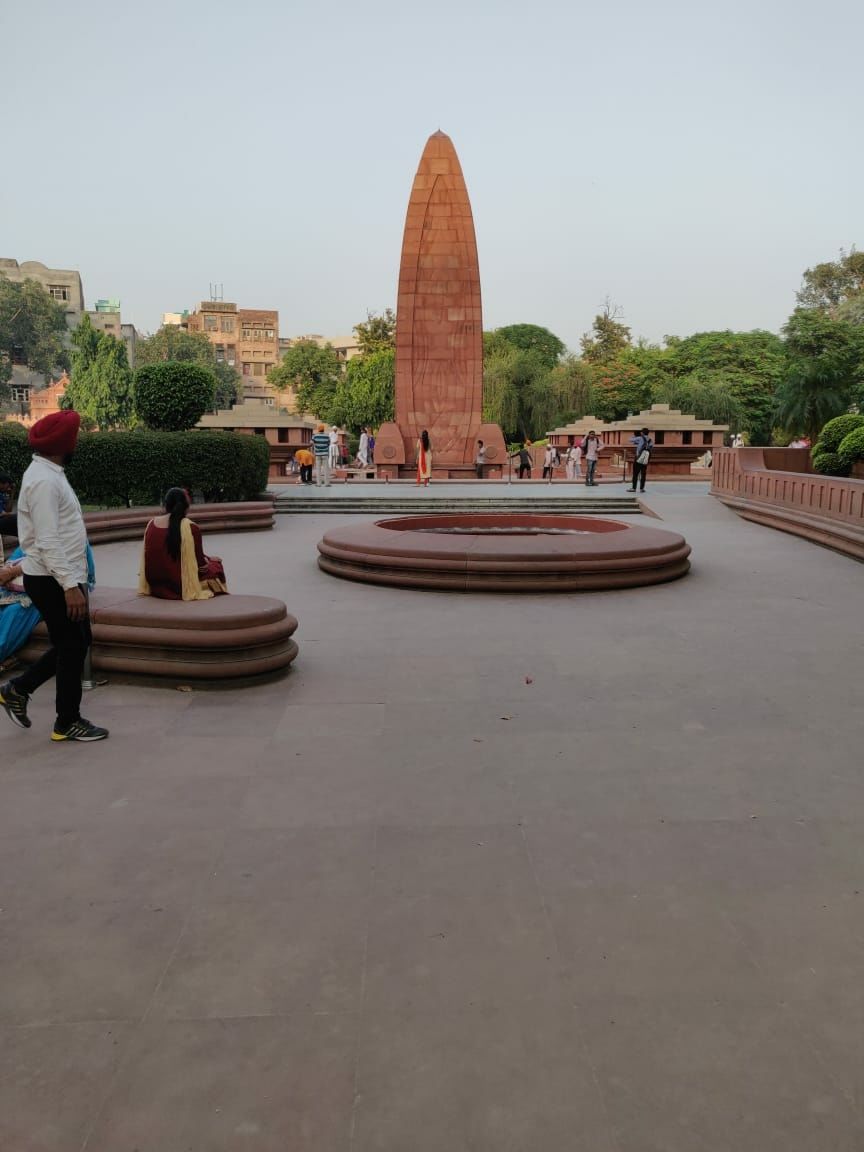 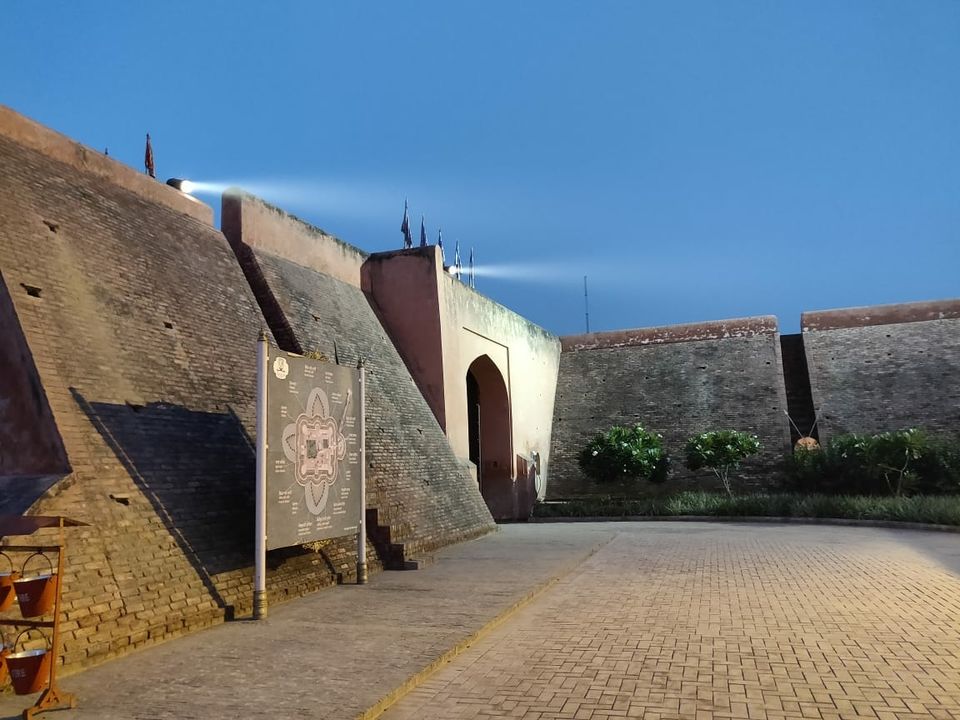 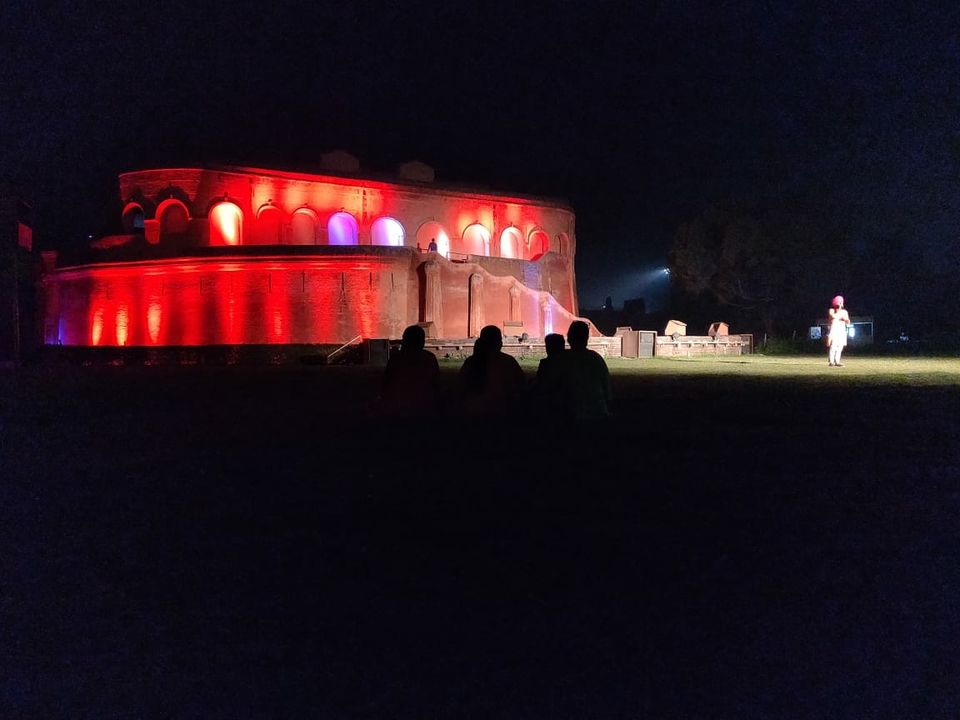 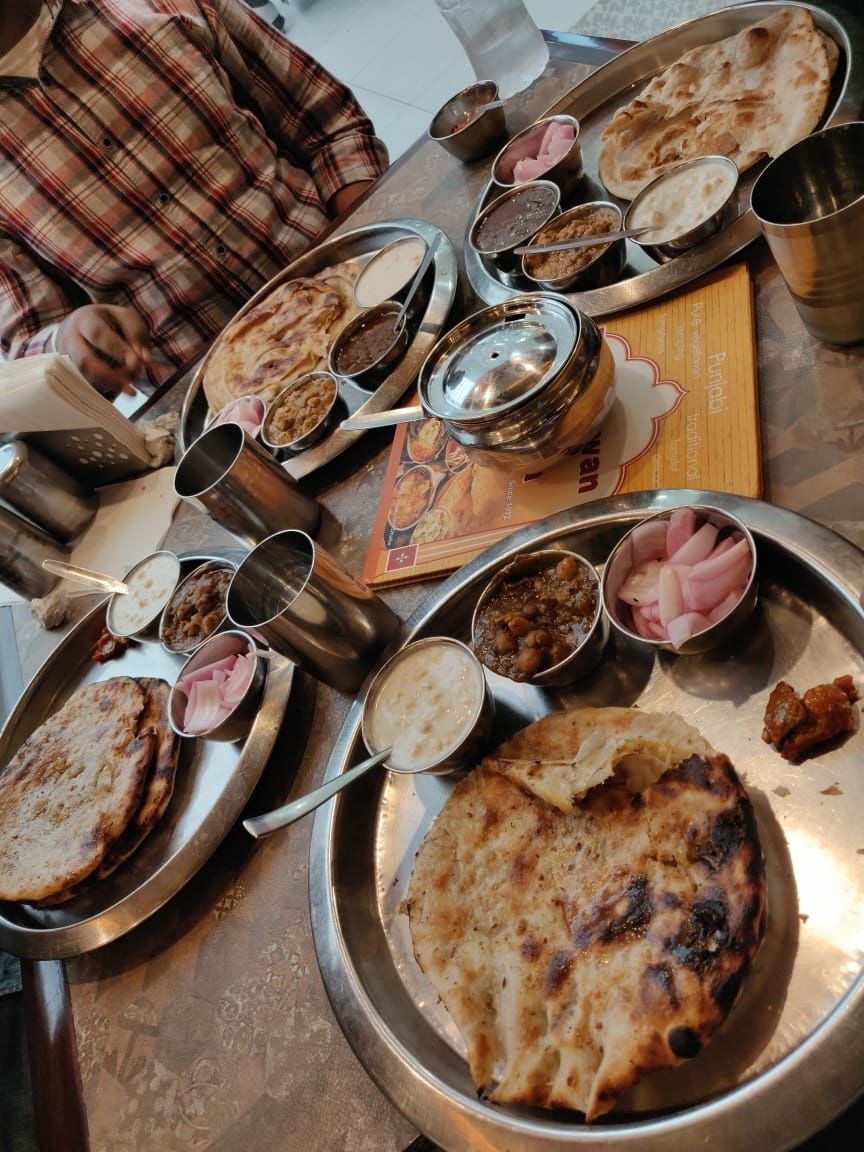 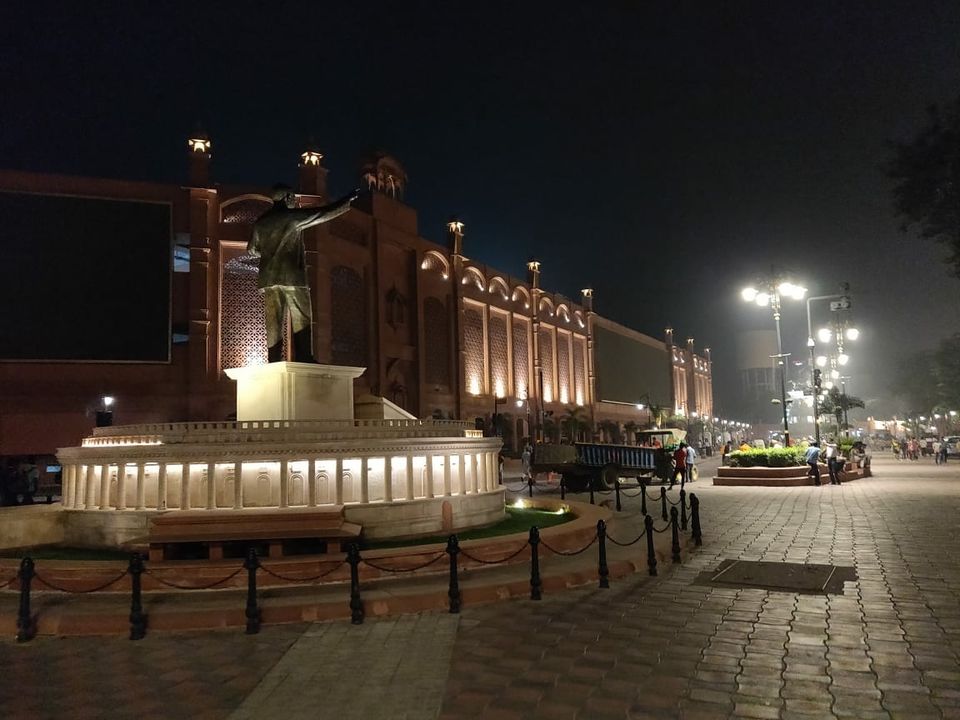 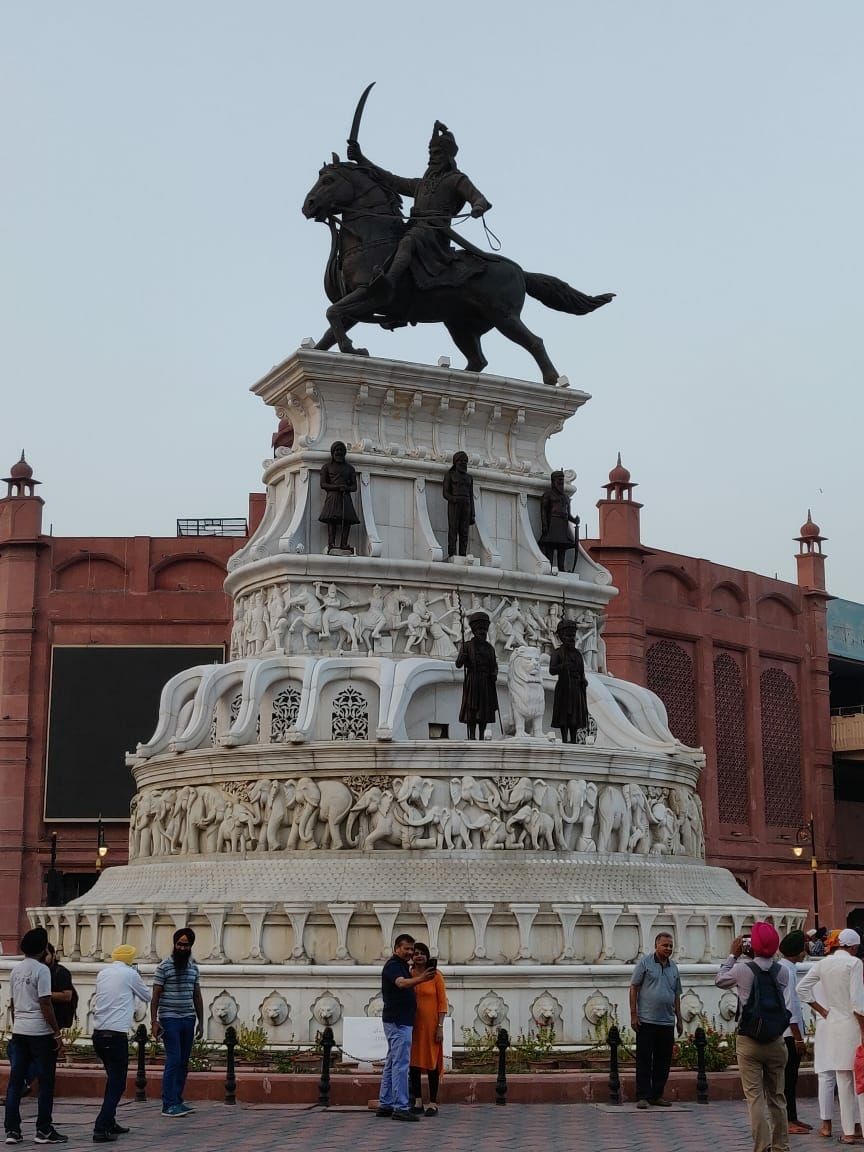