A Love Letter To California

Chinatown, and the area surrounding it, in San Francisco is a wealth of colorful contradiction. I had the pleasure of walking San Francisco on foot, on two different days during my trip to the Bay Area and the day that I spent in Chinatown and the FInancial District was a feast for the eyes. It was a day where sensory overload was a sort of job hazard. I was so overwhelmed by all there was to see and photograph, I forgot. Forgot to buy the silk kimono I’d been dying to get, forgot to photograph whole windows I was enthralled by because I just stood staring at the displays of colorful wares and forgot to stop and eat at one of the little noodle cafes that made my mouth water on every block! I just walked…and then sat, for a while, in St. Mary’s Square Park. It’s a place right in the middle of the city that is an oasis of calm and green and growth. And for me, of peace and zen. Yet there are contradictions even there, hard metal lines, decay and metal sculpture break up the garden atmosphere and contradict the soft colorful lines of the children’s playground in the corner. I know this is cheesy, but on my walking tours I really did feel like I might float away on a cloud of happiness. I feel energized and alive in places like Chinatown, San Francisco. 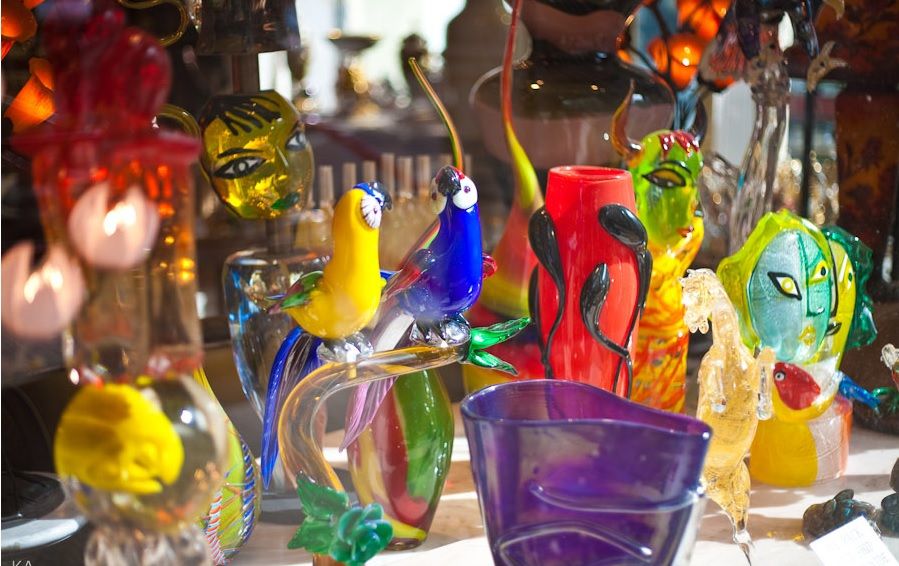 While Big Sur, California is not inland it is a place that immediately comes to mind when I think of being in the country. When you’re in Big Sur at night, the stars feel so close it causes a sort of claustrophobia. The good kind. There is definitely no cell phone reception. It does have wild, natural beauty – in abundance. This is another qualification I think of when the word countryside is tossed around. It’s a must for me and can be subtle or dramatic. 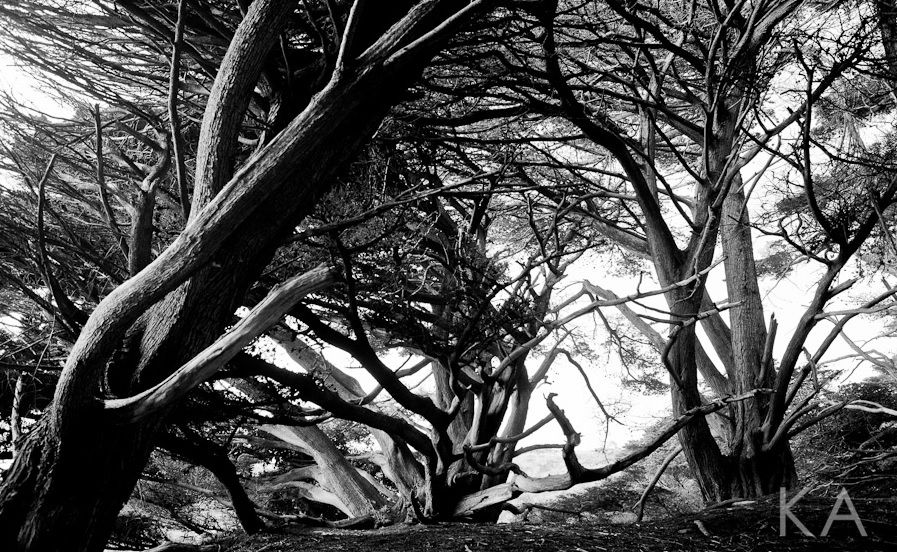 We drove south along the famed Highway 1, passing Teslas and Smart Cars, rolling green hills and glaringly-yellow-Acacias in full bloom. Blue sky overhead and bright sunshine guided our way, and our mood; the smell of the sea never ceasing to waft in from the sunroof of the car. The goal: take in Monterey, Pebble Beach, Carmel and Big Sur in one day. We accomplished all except the full Big Sur experience…though we did make it to the lighthouse just outside Big Sur and compared it to a a less exotic version of Mont Saint-Michel. We had a private tour of the wine cellar at Casanovas in Carmel (amazing atmosphere, highly recommend), we marveled at the work of our favorite architects on the coast just outside Carmel (Frank Lloyd Wright of course), we gazed with wonder at the lone Cypress which has stood for so many years along the Pacific between Pebble Beach and Carmel and we were amazed at the crashing waves and spindrift up and down the rugged coast. Blue skies cheered us even as we ran into stretches of road closed to us by recent storms and the magic of California seemed to bless us in big and small ways no matter what diversion we chose. All smiles, we headed home, a night out in San Francisco waiting. A day of adventure behind us. A day of savoring creation and man’s invention accomplished. California did not disappoint! 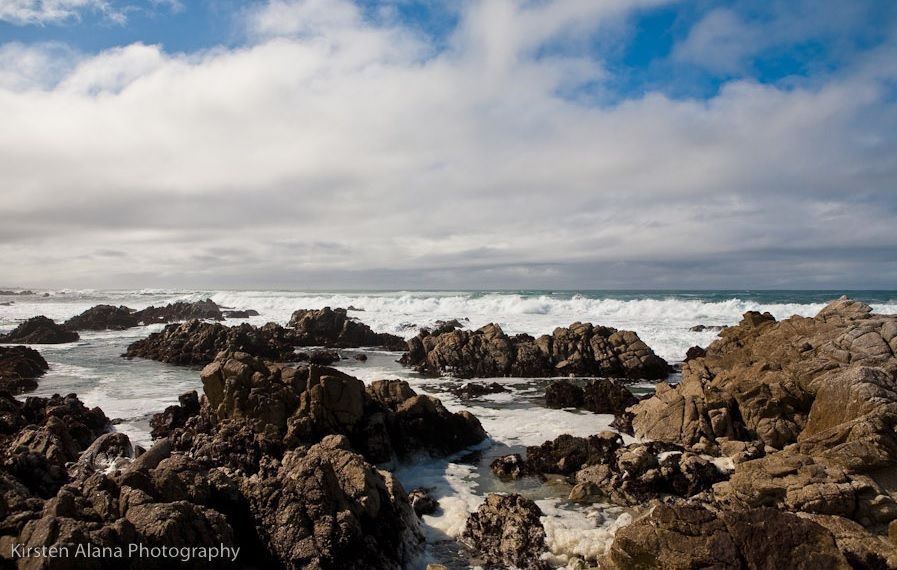 This past Spring, San Francisco became my home for several glorious weeks and it was just enough time to fall in love. Living in a second floor walk up just off the train line in Redwood City, I spent every day exploring. I learned that between the Caltrain, BART and my own two feet there was very little closed to my curiosity. Mornings were spent on the roof of my building, enjoying the sunrise and the fog lift over the coastal range as I sipped my coffee slowly and practiced yoga. I then planned to fill each afternoon with adventure. So I found myself exploring as far south as Big Sur and as far north as Napa Valley and Sonoma, all without consulting a guide book. In Sonoma, I experienced the simple joy of hearty bread, cheese and meat paired with a glass of great wine. In Marin County, I was inspired by the work of Frank Lloyd Wright. Walking the neighborhoods of San Francisco I ate mouth-watering gelato in Dolores Park, shopped for organic clothing in Noe Valley, bought a Tibetan prayer chain in The Castro, did my grocery shopping at the open air markets in The Mission and took photographs of the colorful murals before marveling at the true adrenaline rush of driving a car down an almost vertical street in Nob Hill.

One of my favorite films, is Gattaca. From the sleek world in which it is set to the story that it ultimately tells, it is a movie that resonates with me no matter how many times I watch it. During my recent travels through Northern California, I had the immense pleasure of walking into the world I so much admire in Gattaca; figuratively of course. Gattaca was partially filmed at the landmark Marin County Civic Center designed by my favorite architect: Frank Lloyd Wright. I’ll say nothing of the man he was since some would argue he wasn’t to be admired for his character. In my opinion, the buildings and homes that he designed in his lifetime are truly works of art. Wright’s Civic Center (his last commission) is perhaps in a category all its own, even for him. It is vast, unusual, and when it was built – probably groundbreaking. From the slope of its bright blue roof to the round balls that punctuate the design at regular intervals to the perfect atrium space that anchors the building, it is a serene yet truly unusual space. Being inside the Civic Center is sort of like being in limbo. Now it’s neither the past nor the present. It represents a past view of the future that people once held. But it also represents the future that we can’t entirely foresee. It’s sleek and beautiful but timeless. Even its art deco bent seems fresh in 2010. After all, sleek and beautiful have always had their place in society. They are elements which never really go out of style. It’s why to me, the Civic Center was so perfect for 1962 (the year it was completed) and yet is still so perfect today. 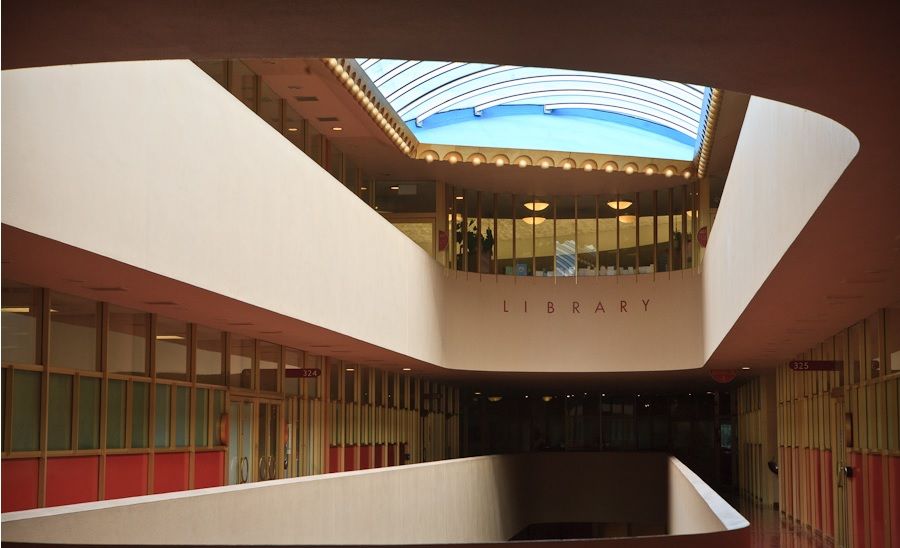 Fog had started to roll in over the coastal mountain range and it was late in the day but I felt determined to see the sun set over the Pacific Ocean. So packing my equipment in the car and lots of extra layers of clothing just in case…we set off on a winding road through eucalyptus and redwood trees that would eventually dump us out in Half Moon Bay. We settled on Redondo Beach and I was unprepared for the majesty that would await us. It was in a way – more like something out of Lord of the Rings and it seemed reminiscent of images I’ve seen from New Zealand more than California. The temperature dropped so quickly it nearly took my breath away and the wind took what was left as we climbed down the cliffs to the sandy beach. Black boulders exposed by the crashing waves in front of us and red formations of packed dirt behind us, we settled on a spot that was only slightly protected from the elements and prepared to marvel at the colors of nature. 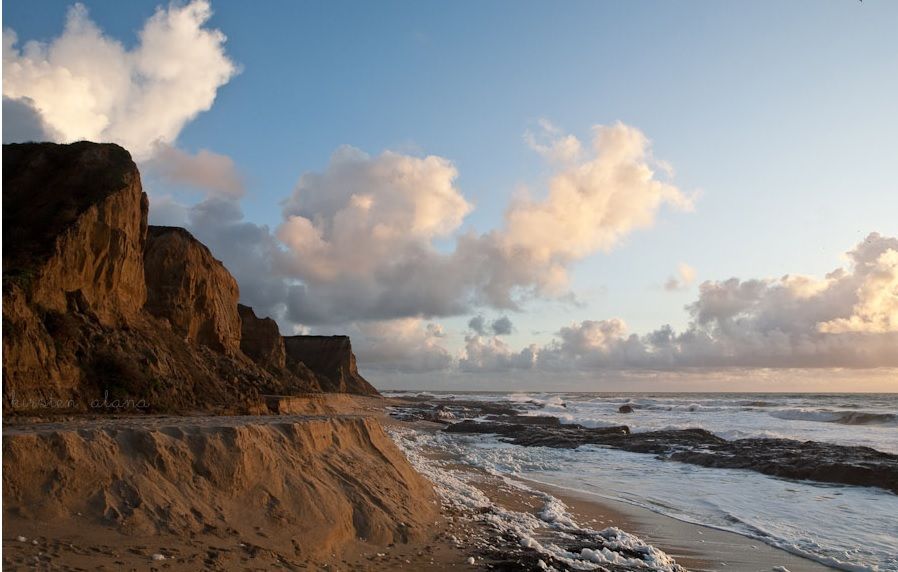