#SwipeRightToTravel I love travelling abroad but till now the experience I had in Singapore is much charming. As soon as I landed at the Changi Airport, I could feel the weather of this city. It was a moderate weather. Then I was received by an employee from the hotel. In Singapore, I stayed in Marina Bay Sands Hotel, Tower 3. It was just divine and relaxed to stay there. I'm doing Fashion Designing and I was invited at the screening of the movie, Huntsman: The Winter War. The screening was on day 3. I went two days early as I wanted to tour the city around. After getting fresh, my guide first took me to the Raffles Place. Then we went to the Merlion Park. The feeling that I had after seeing the merlion (lion) in real was just awesome. I clicked some pictures there. Then we went to the Singapore Zoo.

In my hotel, I met many people coming for the screening. Some people came from China, UK, Switzerland and even from United States. We all exchanged our knowledge and are still in contact. We have made our WhatsApp group and are planning for a reunion soon. 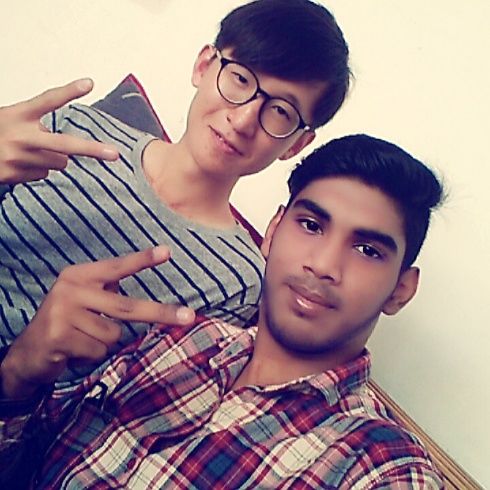 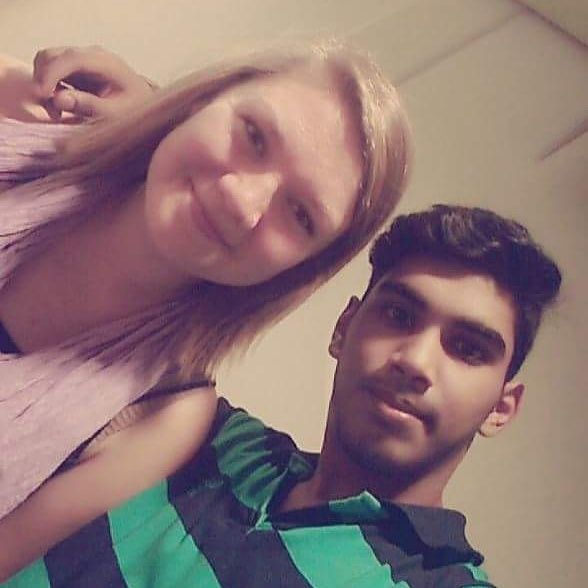 After getting fresh and having some brunch, we went to tour the city. While wandering the city with my female guide Bela, I was introduced to some new people from Germany. I made the whole city tour along with them. Their names were Tim and Daniel.

Me with my new friend from Germany, Tim and Daniel in Chinatown after shopping 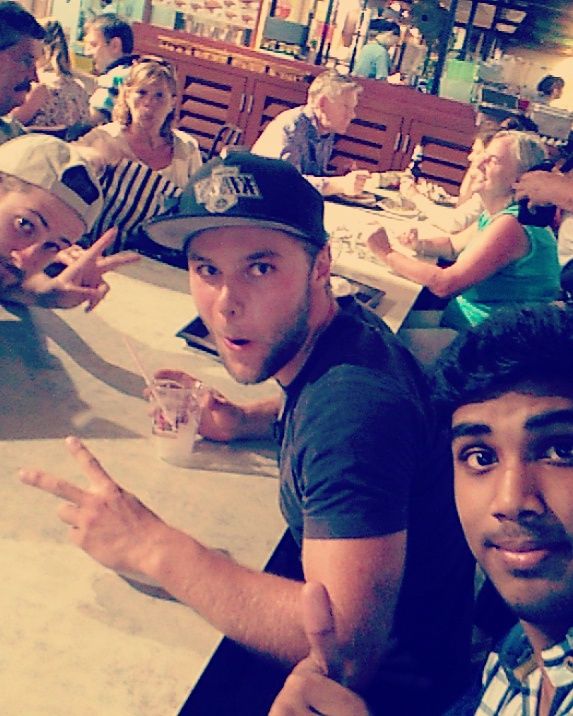 Next day we went to Botanical Garden, Singapore. I was amazed to see the tall artificial trees there placed like big towers. There we also done a sky walk around the roof garden. The city was looking marvellous from the top. 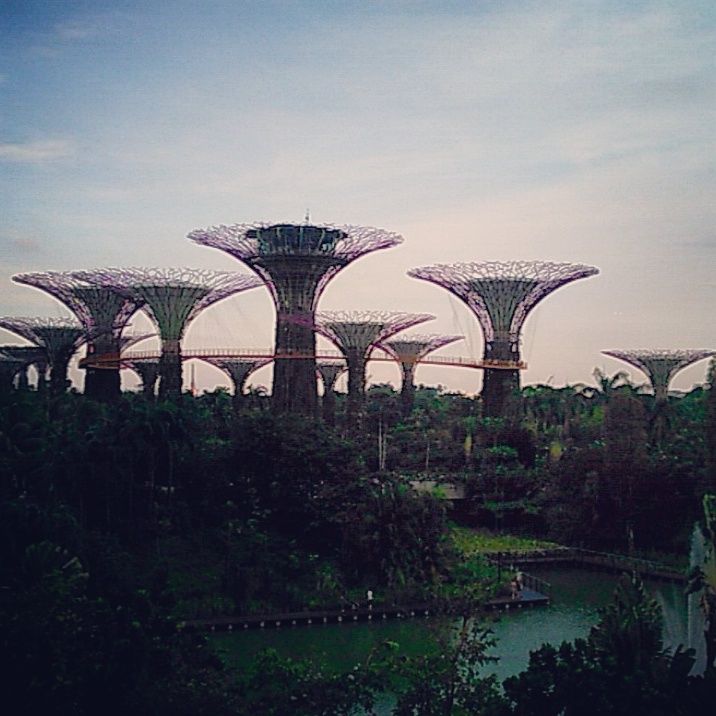 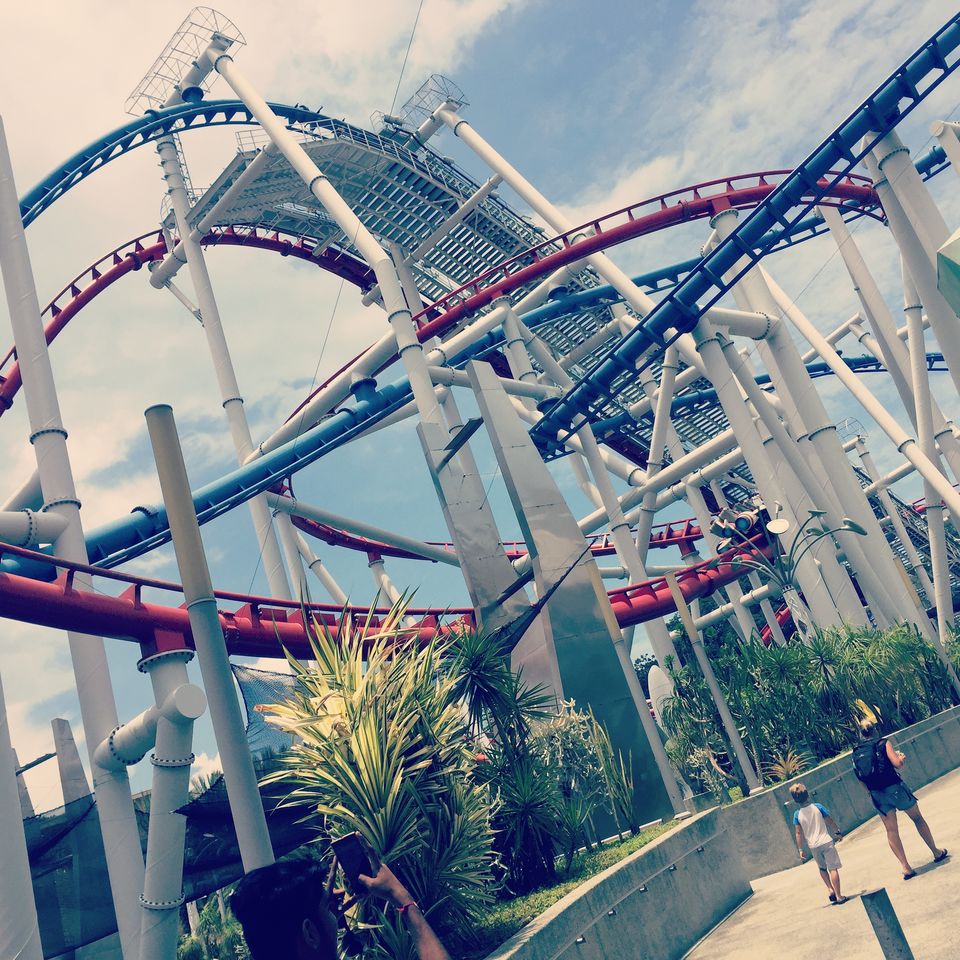 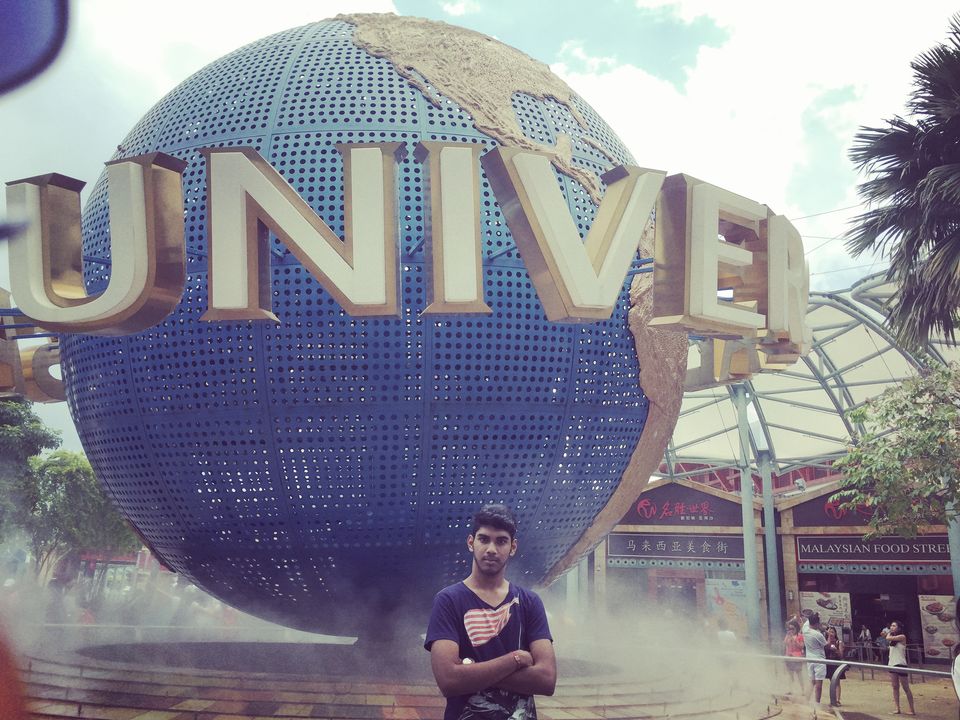 In short, the experience in Singapore was marvellous. I would love to visit the country very soon again in future. It's a must visit country. Next morning we flied back home.

Next day, we went quite early for the Universal Studios as I wanted to enjoy the rides. The timing for the screen was at 1930hrs. We experienced the biggest adventurous ride in Asia, Galaxy Galatica in Universal Studios, Singapore.

We enjoyed many rides in Universal. We had an awesome experience. We had our lunch inside the studio itself. We loved the service of the local Singaporean employees there. They were very kind to us. We were so busy enjoying the rides that we were late for the screening. We showed our invitation for the screening. All the designers who were with me were excited to meet Chris Hemsworth personally. Even I was excited to meet him. As we entered the destination, we saw the huge crowd of the people. We somehow made our way to the screening inside.

We had handshake with all the directors and the celebrities. People were cheering from all the sides. The environment was very chaotic. Finally after the screening I had chance to meet Chris personally along with my friend Ashim. We complimented him for his work in Thor. I asked him for a selfie. He was such a great and kind that he took the phone from my hand and clicked a selfie with his own hand. But the image came blur and we had no time to click another selfie as he was late for the press.

Some glimpse of the screening 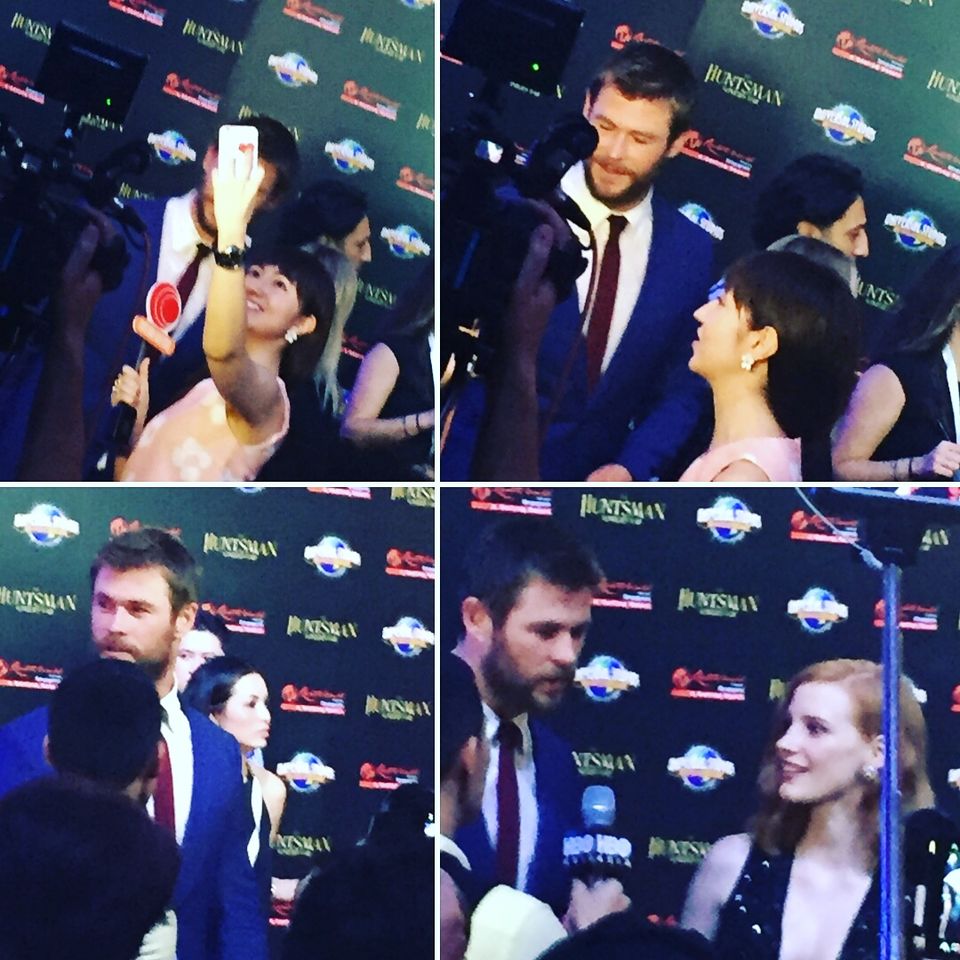 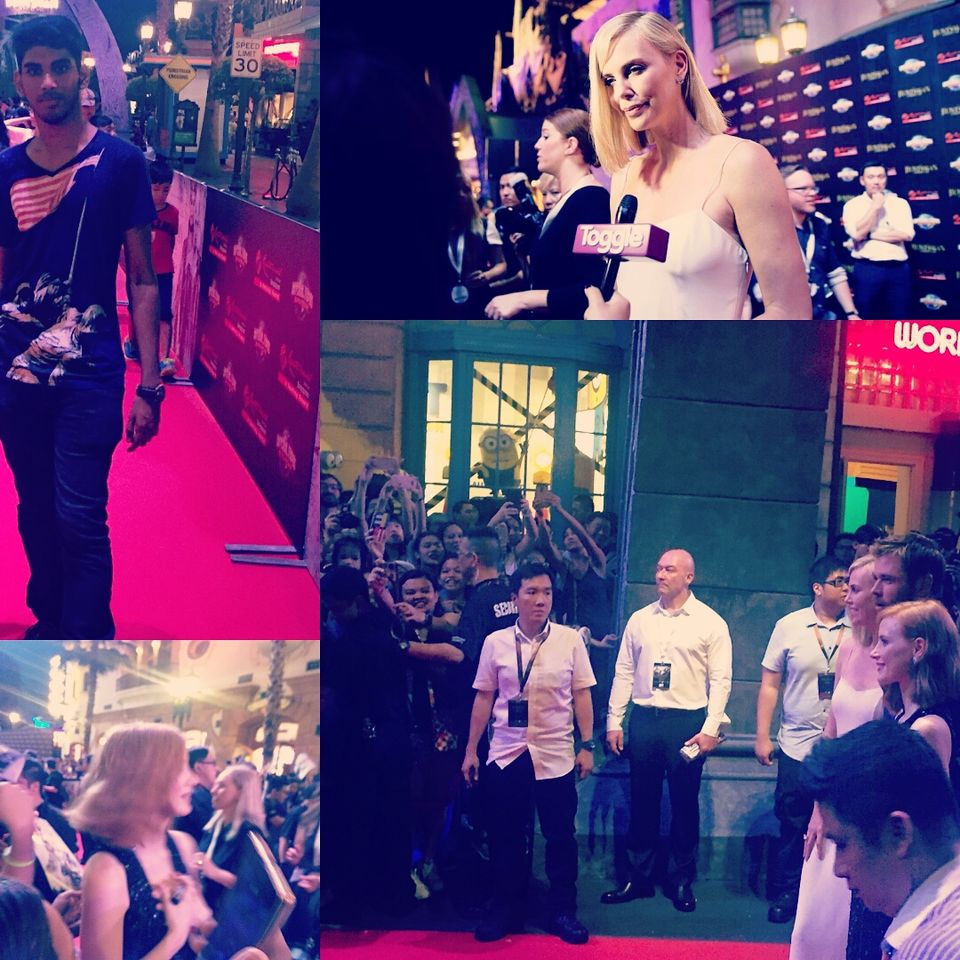 Myself with Superstar Chris Hemsworth 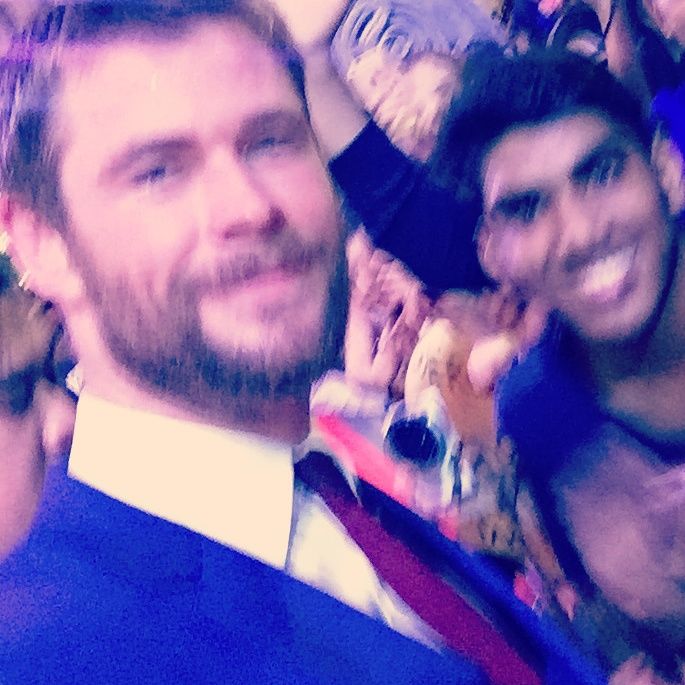