The Small Fatra, Slovakia - winter hike through the Snilovske pass

It didn´t look like a good day for hiking, but it turned out to be a wrong assumption.

It was foggy, dark and cold morning and it really didn´t look like we´re going to have a good time up in the mountains. It was that kind of day, when you barely want to get out of your bed. As we were leaving home in the morning, we didn´t know, what the weather was going to be like at the top of the mountains. I was praying all morning for something better. Fortunately, it was completely different. The mother nature rewarded us for our efforts.

That day was Saint Nicholas day. St. Nicholas was living long time ago, in the 4th century, and had a reputation of generous man, secretly giving money and gifts to poor people. Nowadays St. Nicholas gives sweets to children, in case they were obedient during the year. During our hike we reached a mountain hut and there was somebody dressed up as St. Nicholas. Children are usually those who enjoy the generosity of St Nicholas, but this time it was adults, who were really happy to see him, because Nicholas was giving Vodka to adults, instead of giving sweets to kids. :)

I live in town Puchov and we decided to leave the car at home that day and travel with the train instead. So we got on the train and get off at the train station - Šútovo. From there we walked the green trail to the Snilovske sedlo pass where we took a cable car to get back down to Vratna valley. We waited for a bus and travel back home to Puchov through Žilina. You can contact me for more information, if you are interested in this hike.

Look at the photo story below to see how it actually looked like that day. You will need crampons to walk this route. 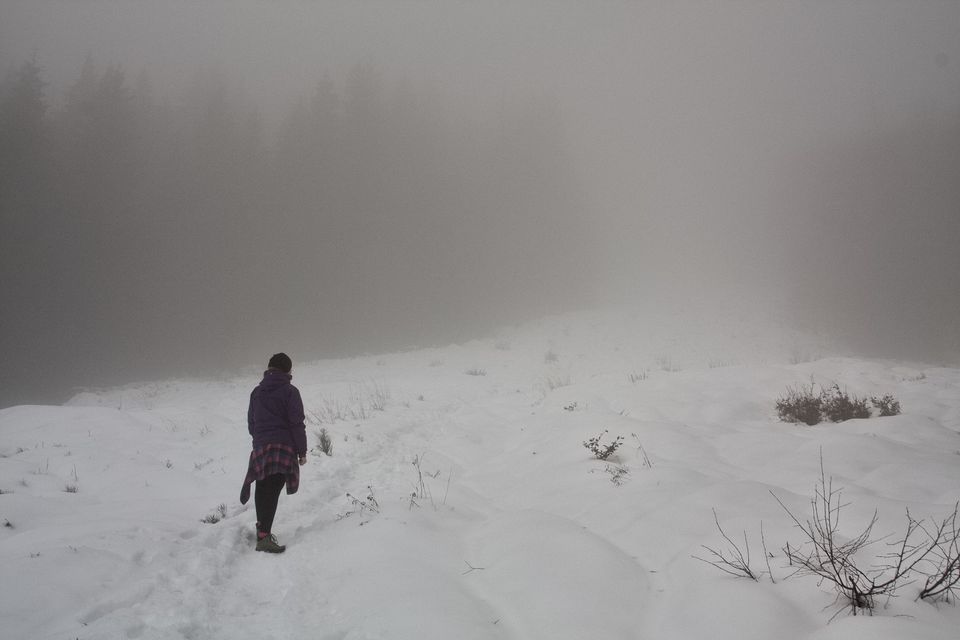 This is how the weather looked like for the most of the day. Not impressed... huh? 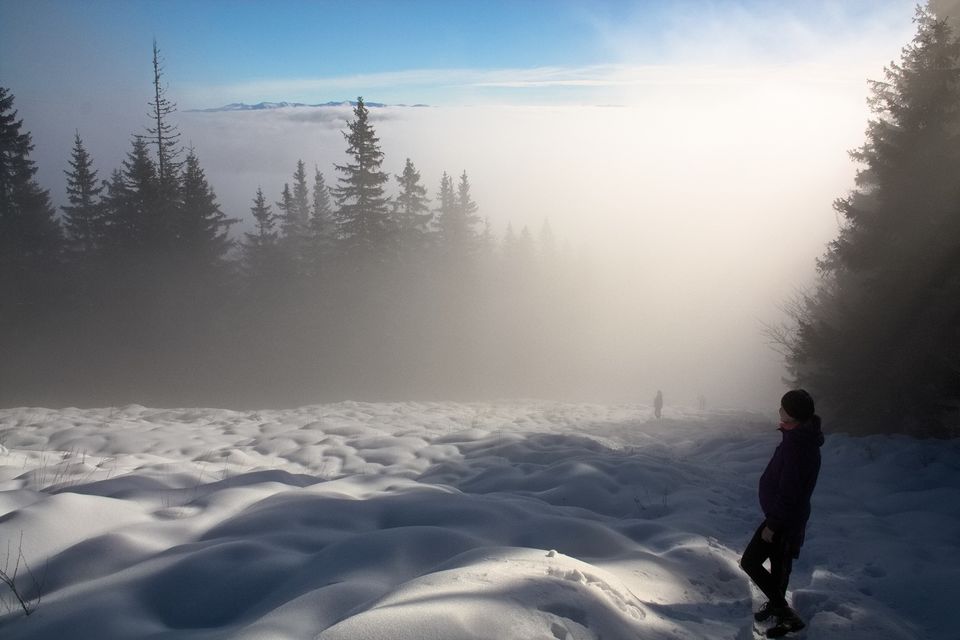 But a little bit later, it started to change... and we could see the Low Tatras in the distance. 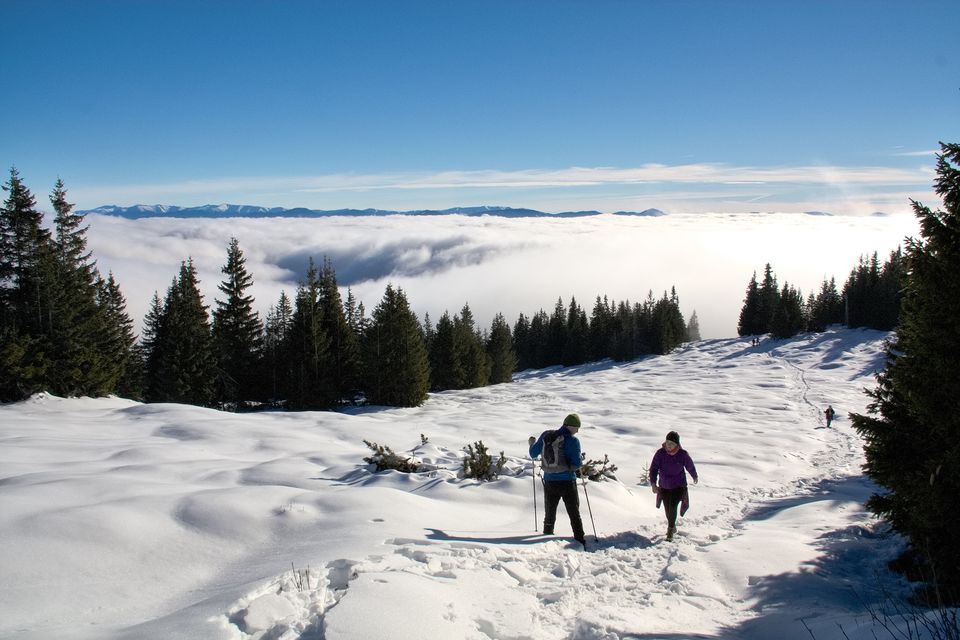 Finally we escaped from the mist 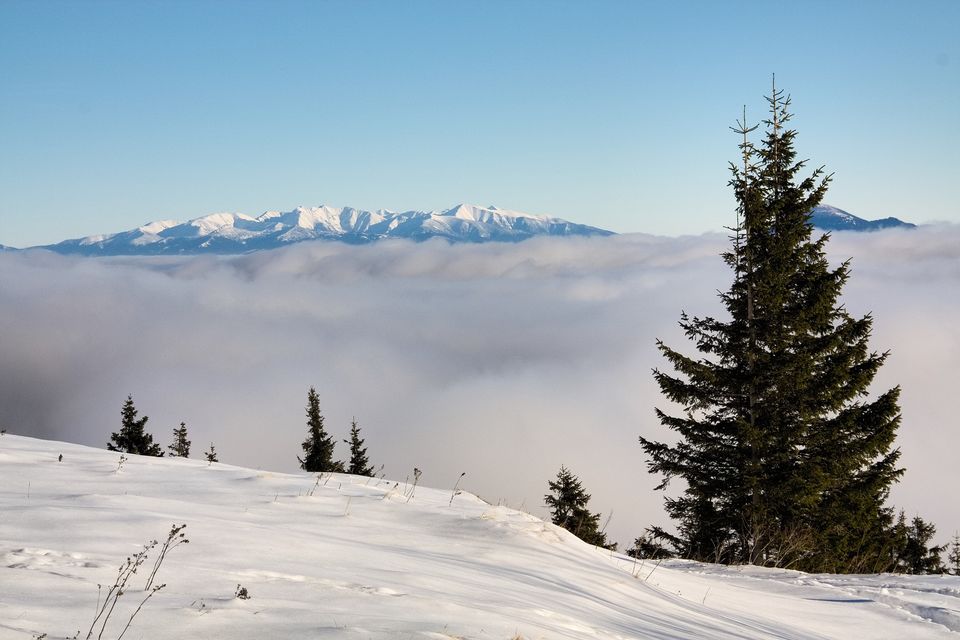 The view at the West Tatras 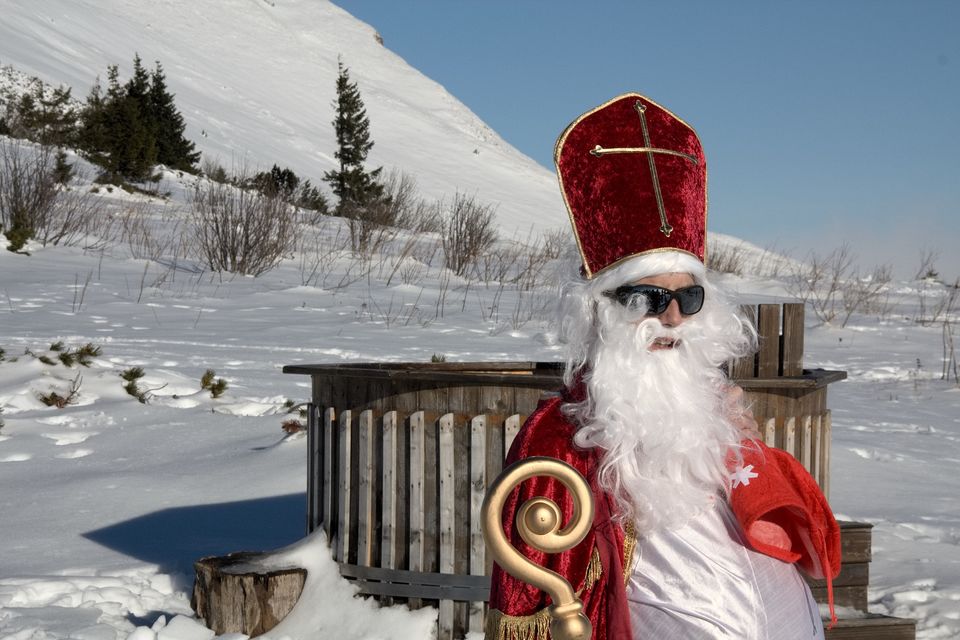 Saint Nicholas at the mountain hut 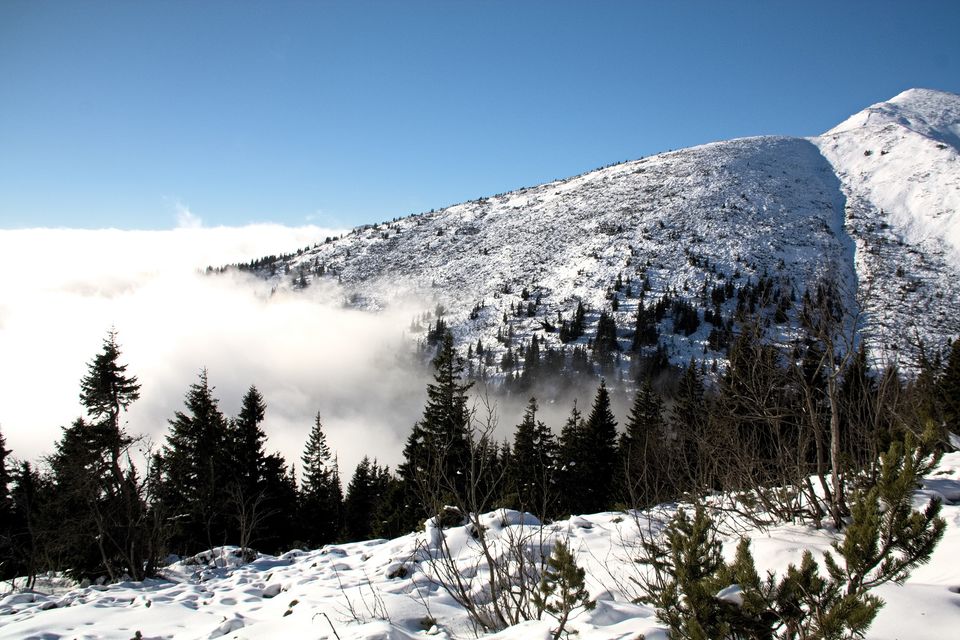 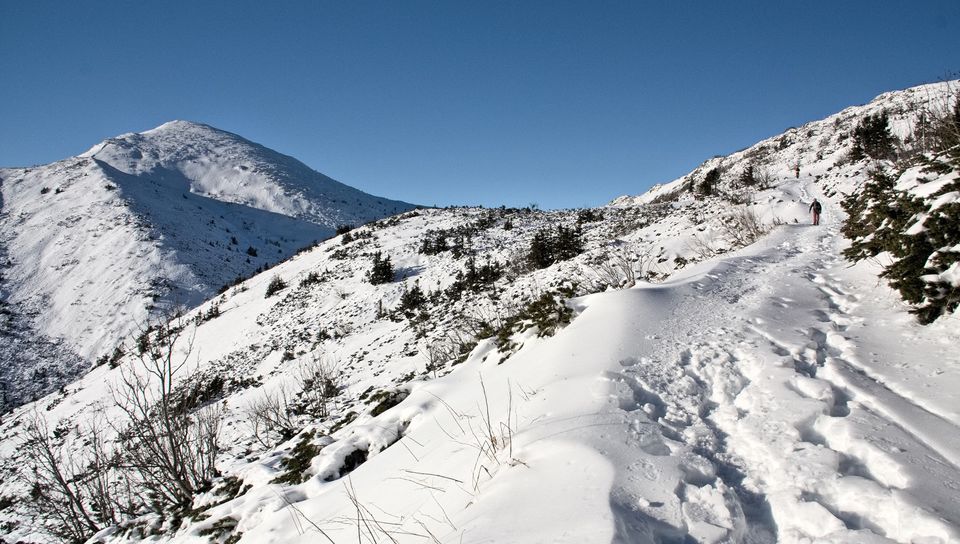 The peak on the left is called Velky Krivan. The trail to the peak was so icy, that it was impossible to reach it without crampons. 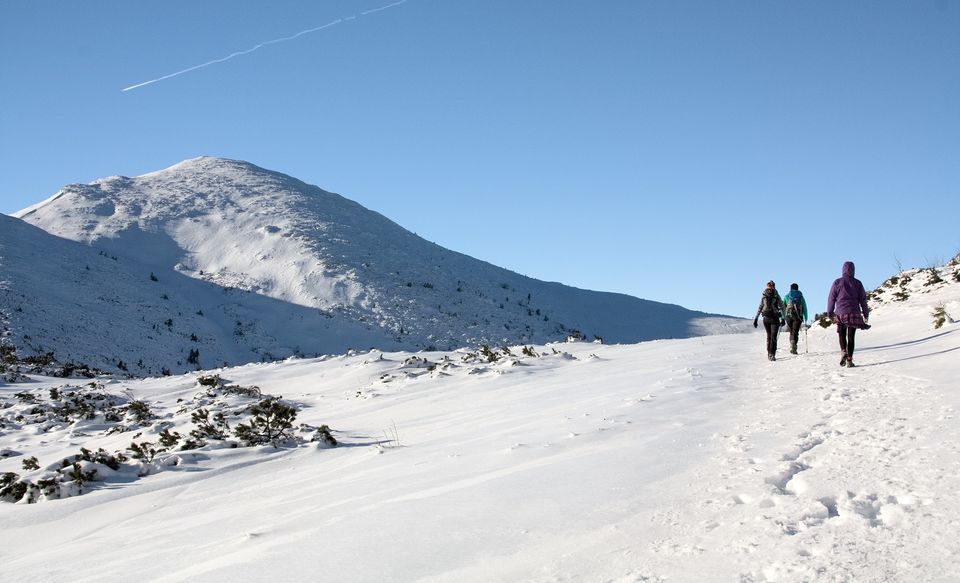 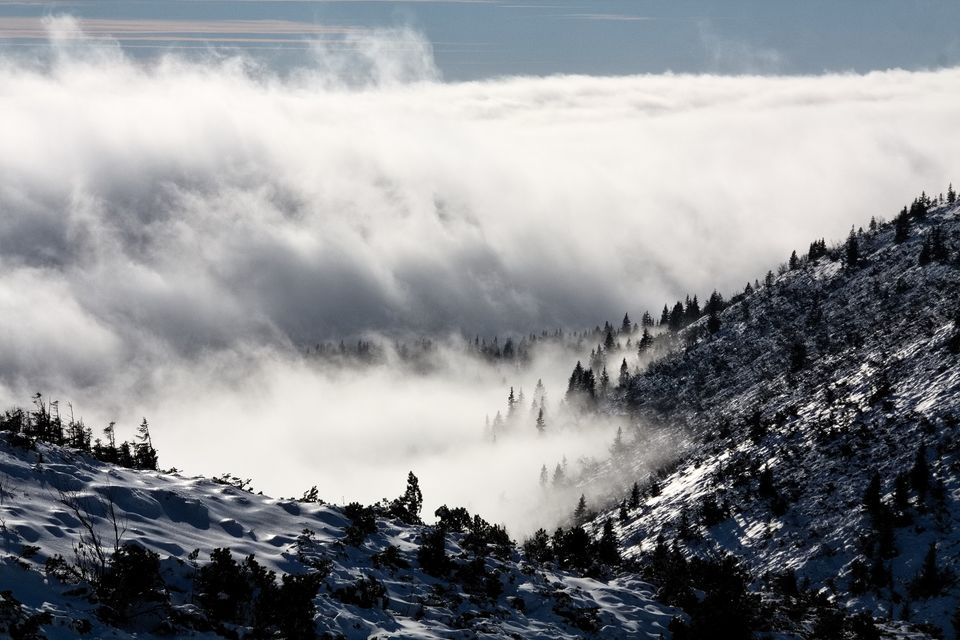 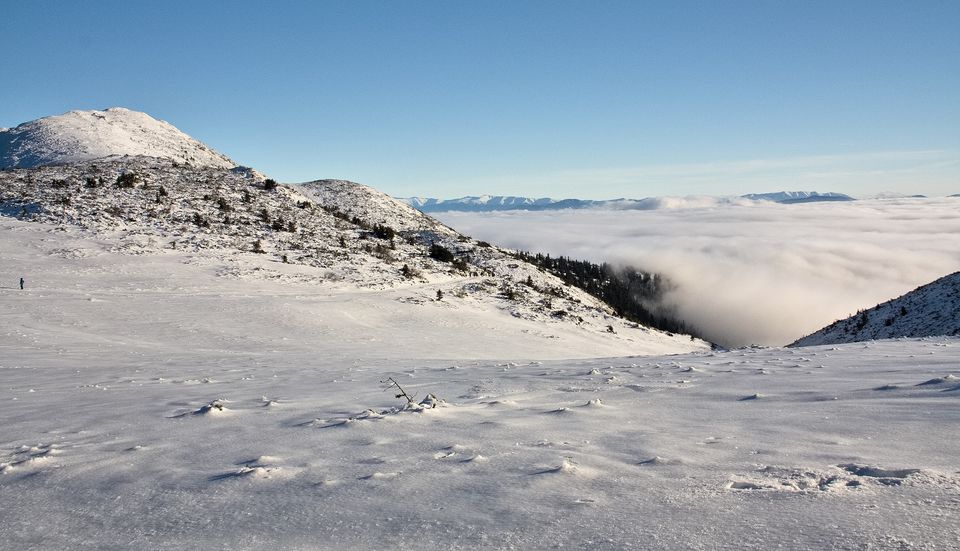 Finally, in the Snilovske pass. The view at the Low Tatras in the background. 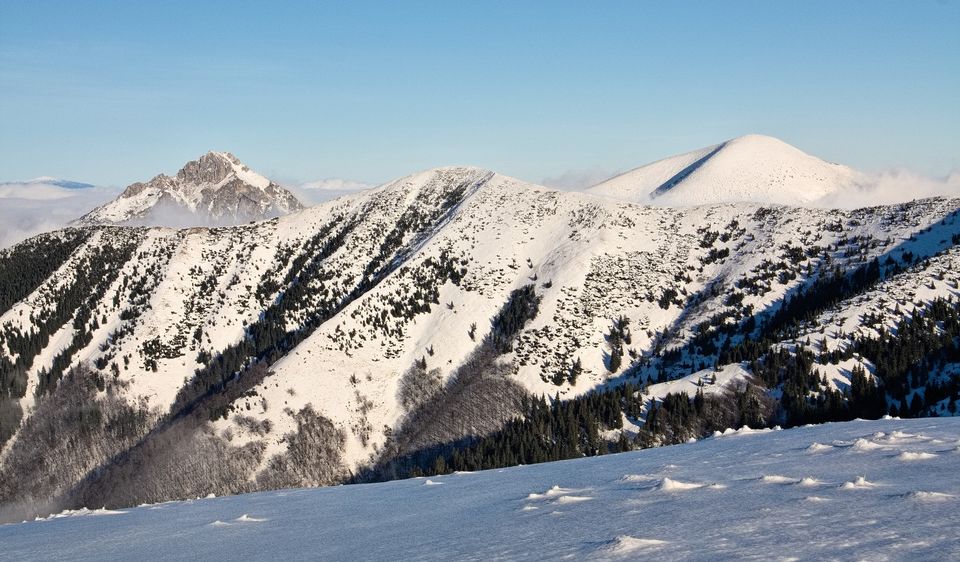 Now we are in the pass and this is view to the north side of the mountain range. 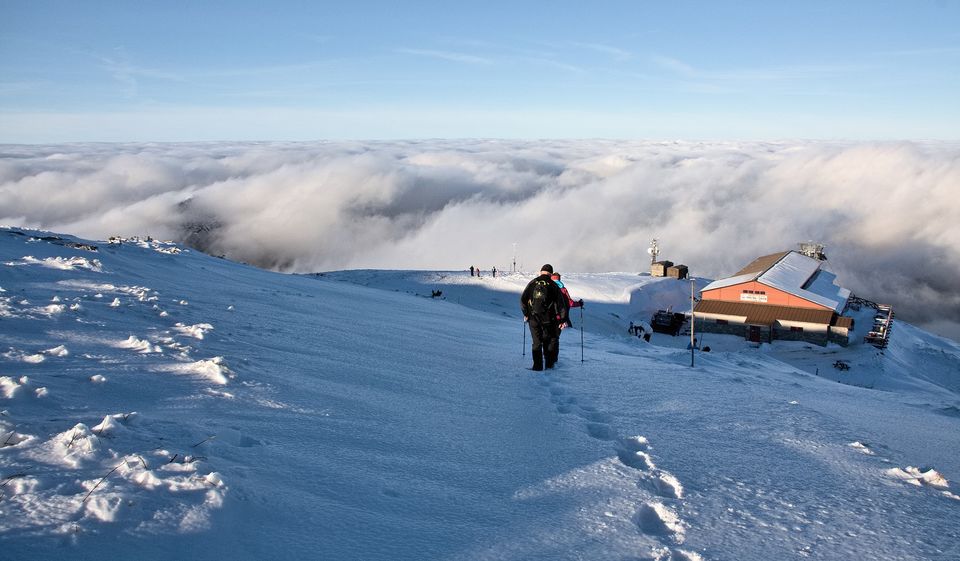 Oh no! We are going down there again.