I spent two days with some friends in Huairou, Beijing. It was not my first time came to Beijing, but it was my first time to visit Huairou. Huairou is almost an hour to drive from Wangjing, Beijing. We had several places to go in two days, especially the Lakeside Great Wall so that I was a little excited.

The itinerary of first day was busy, we had four places to go.

The first place is a museum named Beijing Erguotou Museum. Erguotou is a famous Chinese liquor which alcohol content is about 50%-60%. It is too strong for me but when I smelt, it was great actually. With the explaining from the Tour Guide at the museum, we knew how the Chinese liquor be made. The workers of the factory digged some materials from the underground ( like a tank ), then put them into the wine container to mix. In the old days, people used fire to boil the liquor, but as technology developed, electric power is used now. The temperature became higher and higher, so workers used a big metal cover to cool it down and the liquor had been done ! The first liquor is 70% alcohol content, I thought I had a little taste, I would get drunk. After visiting the factory, we went to the museum and cellar to get better understanding about Erguotou’s culture.

The next stop was also a museum, but it was totally from Erguotou Museum. It is The Vintage Car Museum. The collections of the museum are over 160 valuable cars, which are brought from all over the world by the curator. Not only Chinese vintage cars, but also American and Germany cars. Each car has its own story, some were used during the wars and some were used in the peaceful time. You can say a vintage car means a history in this museum. The curator is very nice to do the presentation about each car and I could see that how he loves all the cars. The value of the museum is more than one billion RMB. In this museum, I did learn a lot.

The movie industry in Huairou took its first step in 1995 when the Feiteng Movie-Making Base (now Stellar Mega Jincheng Movie-Making Base) was established in Yangsong Town. The State Production Base of China Film Group, constructed in 2005 and fully operational in 2008, provides Huairou with the necessary core resources to lead the development of the nation’s film and television industry.

After lunch, we went to Stellar Mega Jincheng Movie-Making Base where many Chinese TV shows and movie are shooted. Most of the architectures in the Movie-Making Base are about Ming and Qing Dynasties, some streets also can be used to film Republican period shows. When we were visiting the studio, there was a crew shooting a micro-movie. The actors wore wig and Chinese traditional costumes, which interested me so much. I couldn’t believe I had a chance to wear the Chinese traditional costume as them later, but I really did. I felt I was back to the ancient China, walking around at those beautiful classic gardens, living in the Chinese ancient house, watching performers in Chinese opera. If I have a time machine, I must be back to the ancient China at first lol.

Melodious Qinglong Gorge was our last stop at the very first day. It is the National AAAA-Level Scenic Area and National Water Conservancy Scenic Area Qinglong Gorge brings together green mountains, crystal water and an ancient section of the Great Wall. If you ask me, what was the most impressive thing in the Qinglong Gorge, definitely is the dam! Construction of the reservoir dam at the centre of the scenic area began in 1969 and was completed in 1972. It was Beijing's first concrete arch dam, where you stand you can find that the scenic area divides into north, south, east and west sections. Each section has its fun.

To get in touch with nature. We took a boat to experience the pleasure of floating along and enjoying both enchanting banks, as Qinglong Gorge's rafts are able to float across the entire park. In summer, drifting along the river is leisurely and refreshing—the most environmentally friendly, natural and relaxing way to make the most of a warm day. 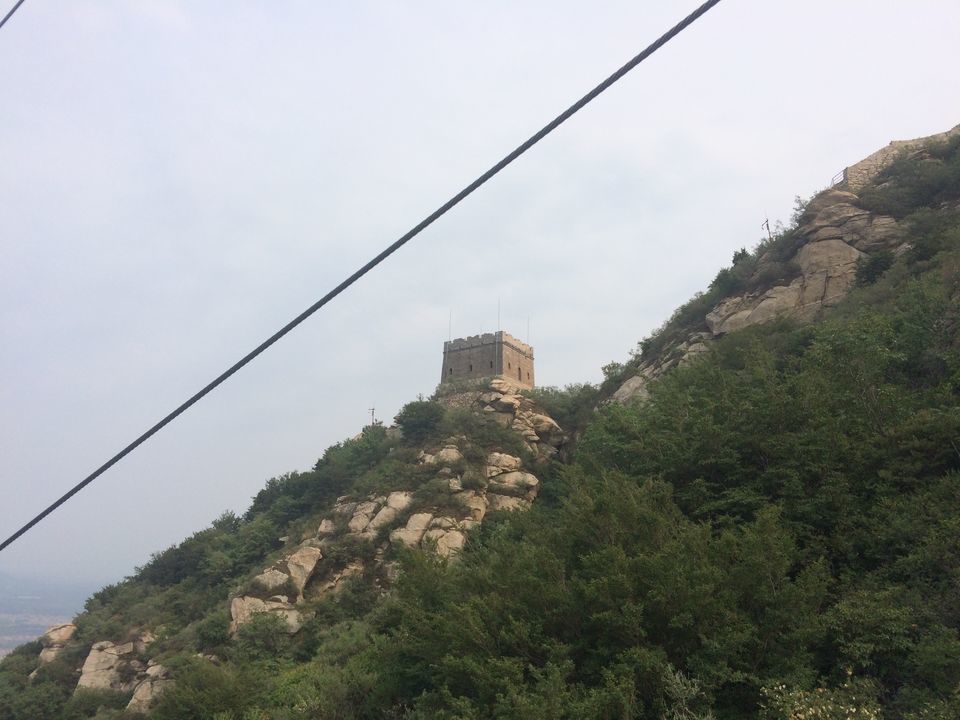 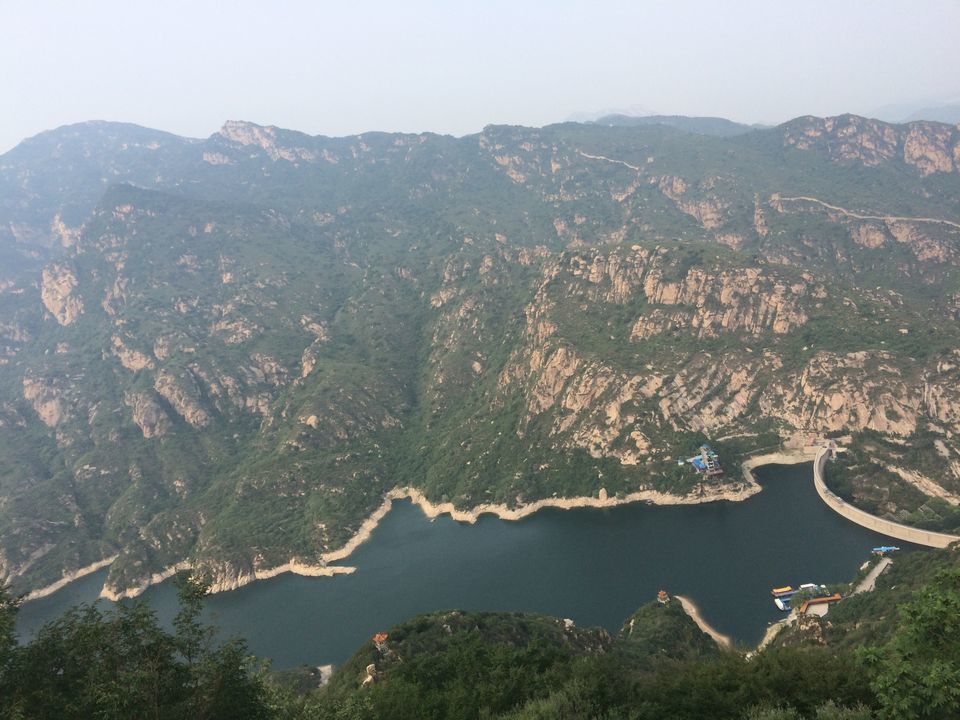 We also took the cable car ! From the foot of Qinglong Mountain, we rode the cable car up to Yuhuangtai (Jade Emperor Lookout), the mountain's highest peak. The weather was fine so that we could see the view from atop Yuhuangtai looks out over the vast expanse below. To the east, one spots the sparkling waters of Miyun Reservoir and its surrounding mountains, and to the south the fertile fields of the vast northern plains. Westward, Huairou's ancient town watches the sun set over the mountains, while to the north the Great Wall winds its ancient way through the jade peaks. 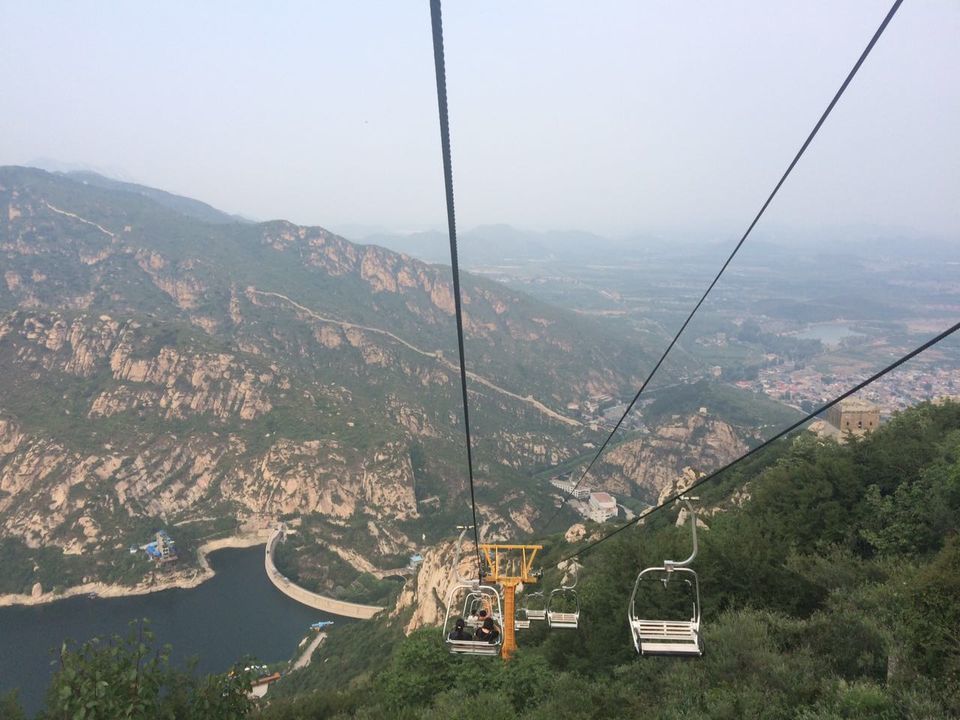 The weather said that there would be an extraordinary rainstorm in Beijing so Lakeside Great Wall was cancelled. And it truly rained heavily on June 22. We only visited Gaolianghe Art Factory. The curator is a very kind lady who told us lots of the history about the art factory. Leading us to the painting workshop and exhibition room. I saw the ladies painting on the glazed bricks carefully with concentration. Their works are really beautiful and amazing, which are admirable. And there are so many glazed pastel porcelains in the exhibition room. Fish on the porcelains, fish on the porcelains, porcelain round table and so on with Chinese red or other beautiful colors. I also got the chance to draw my own plate. I felt so honored. 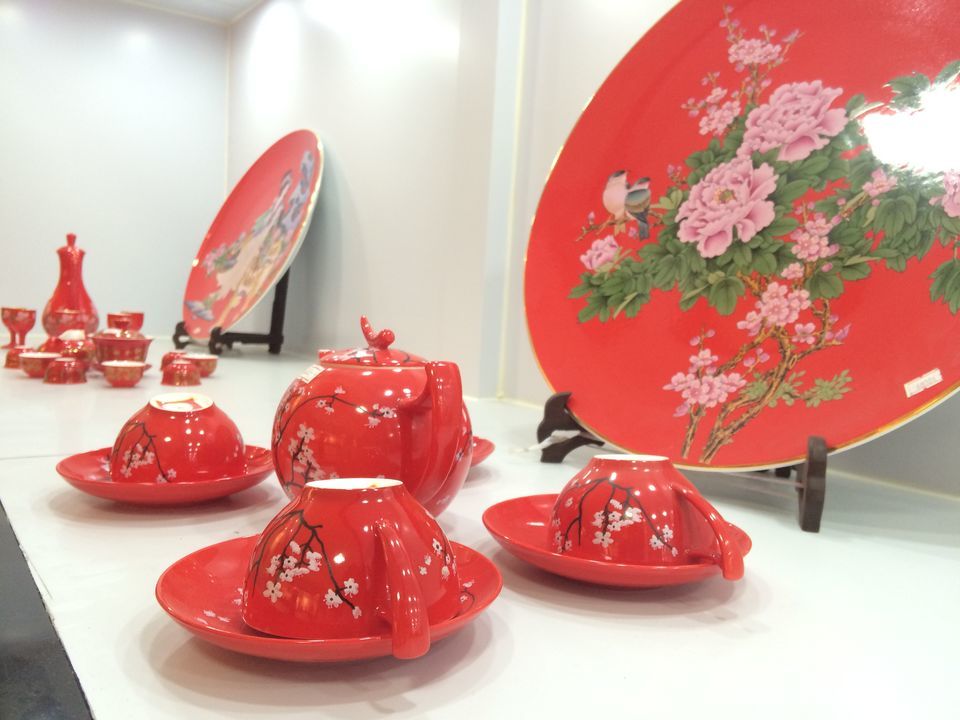 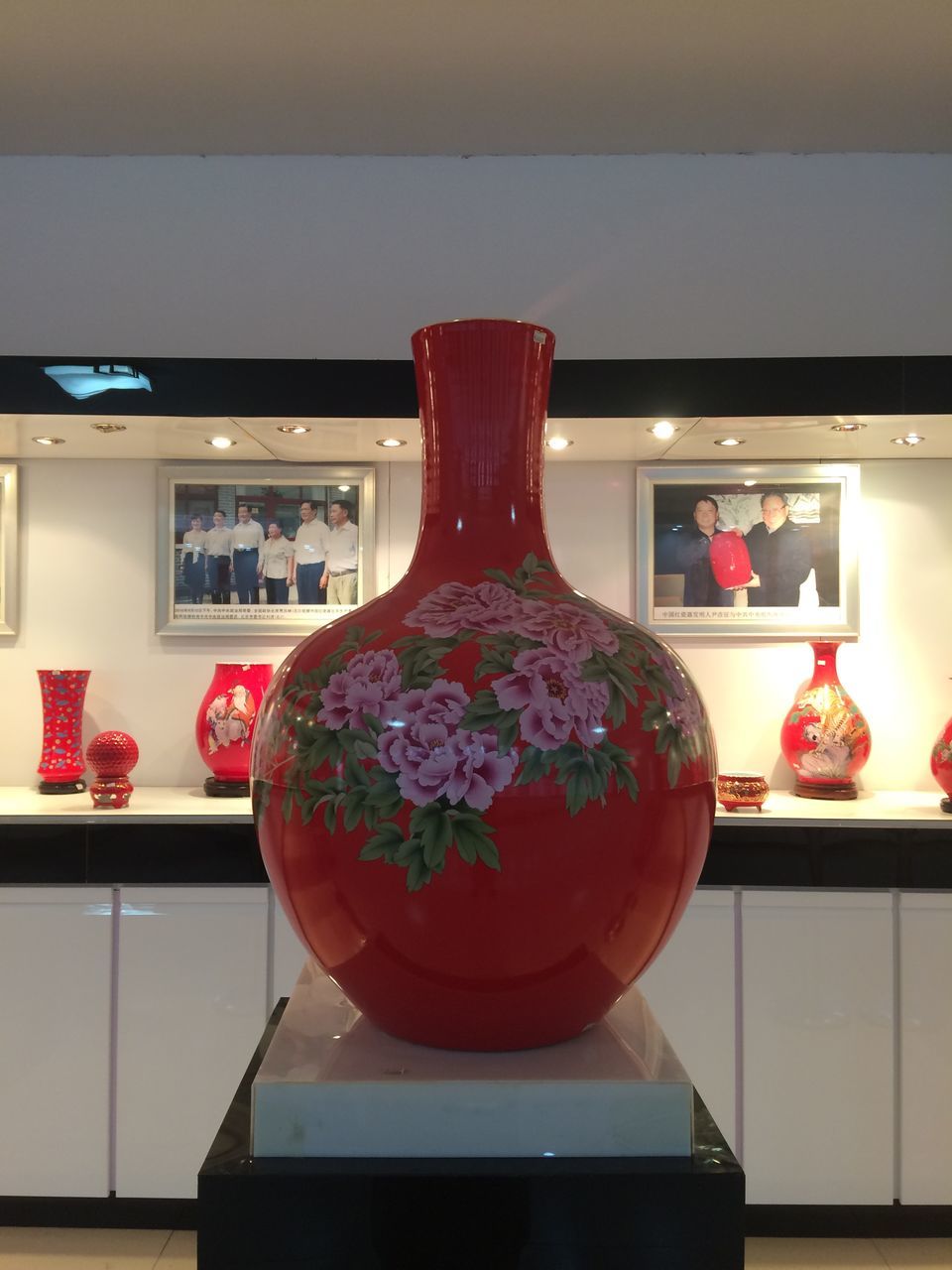 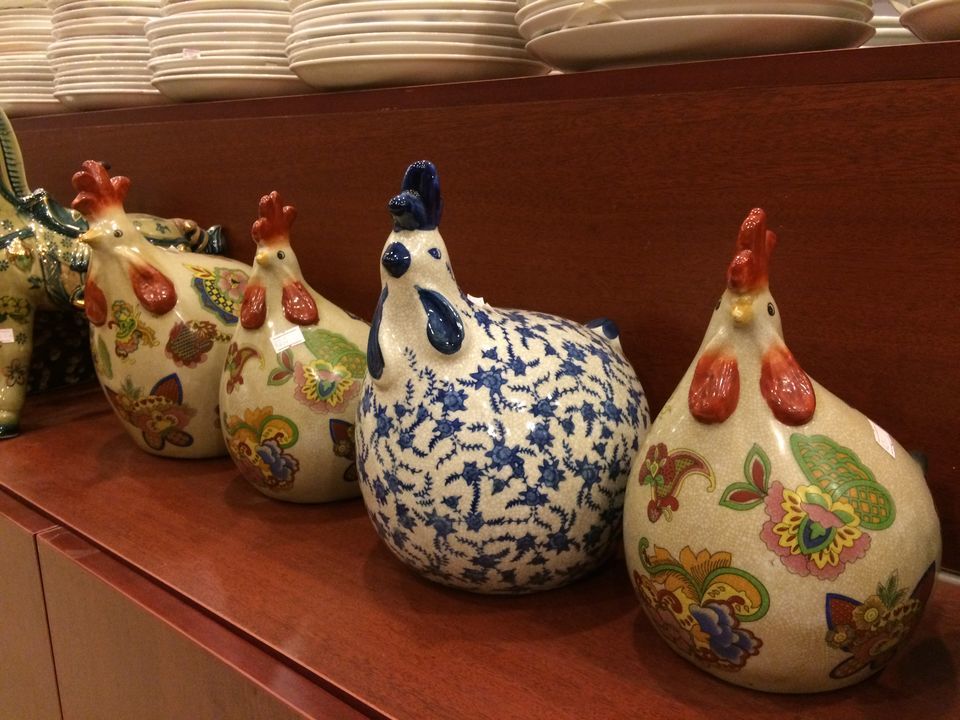 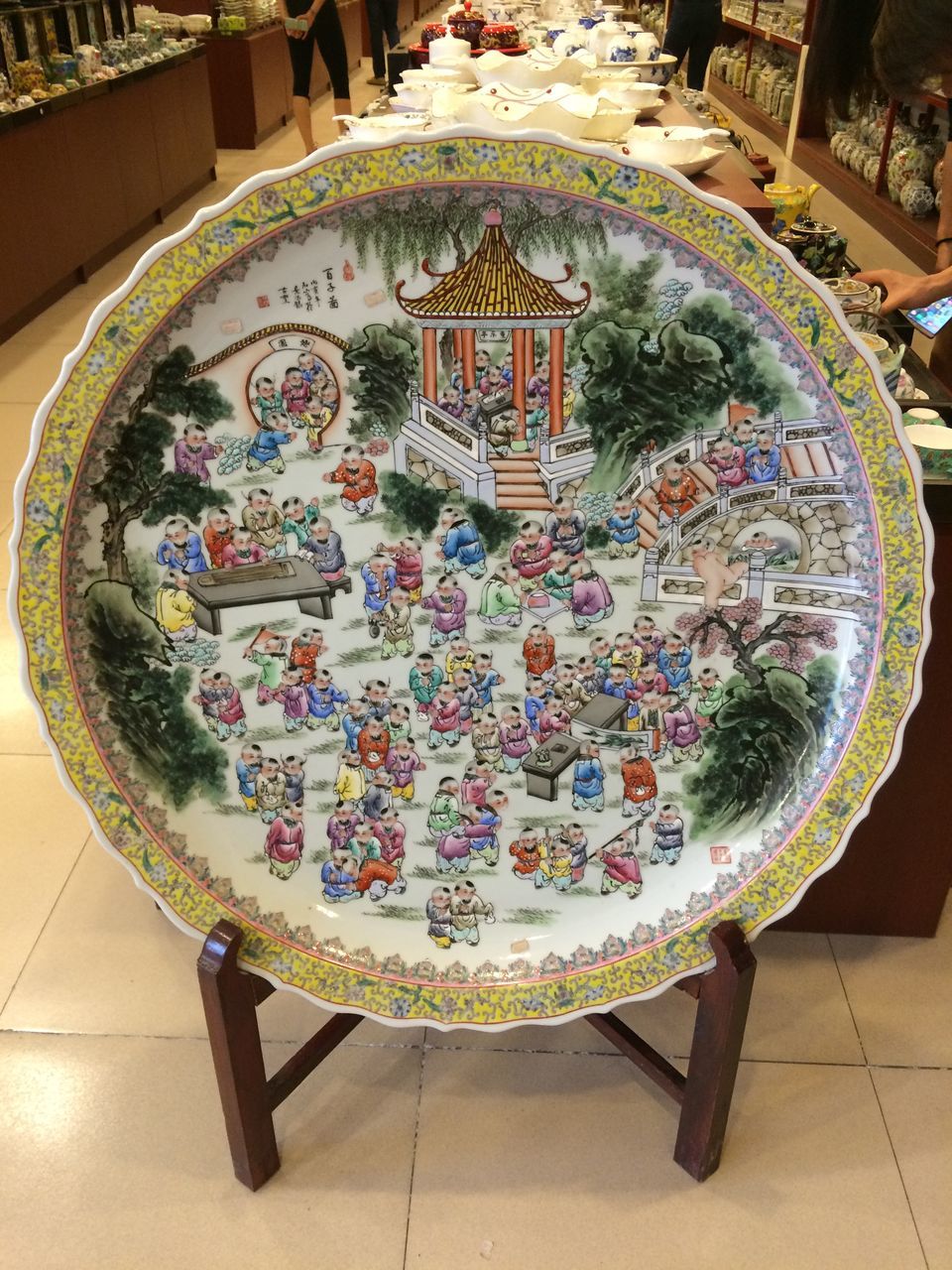 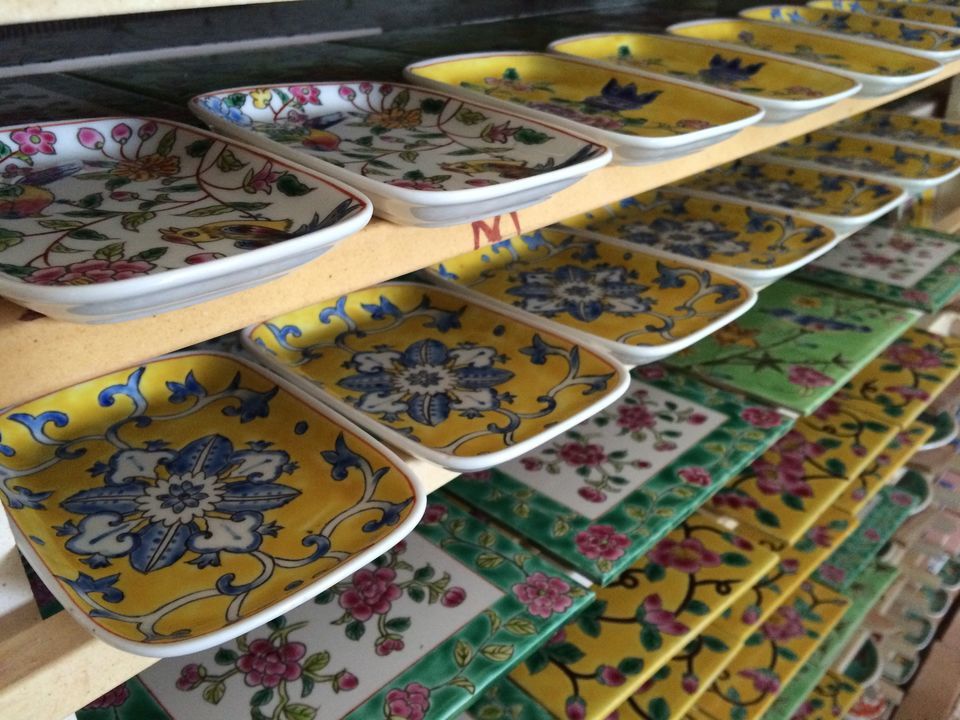 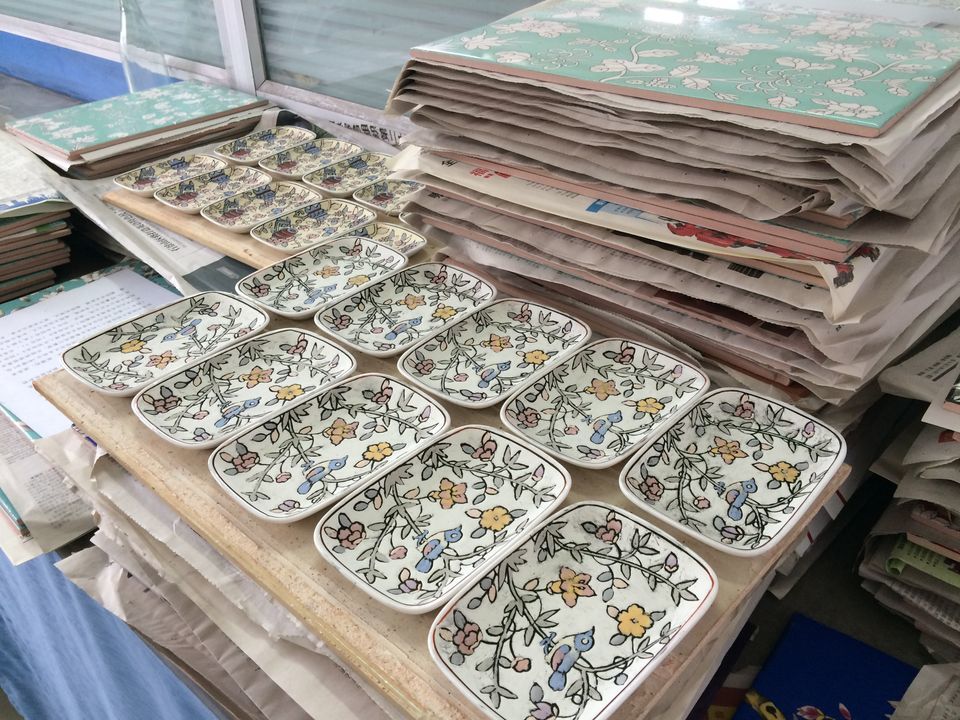 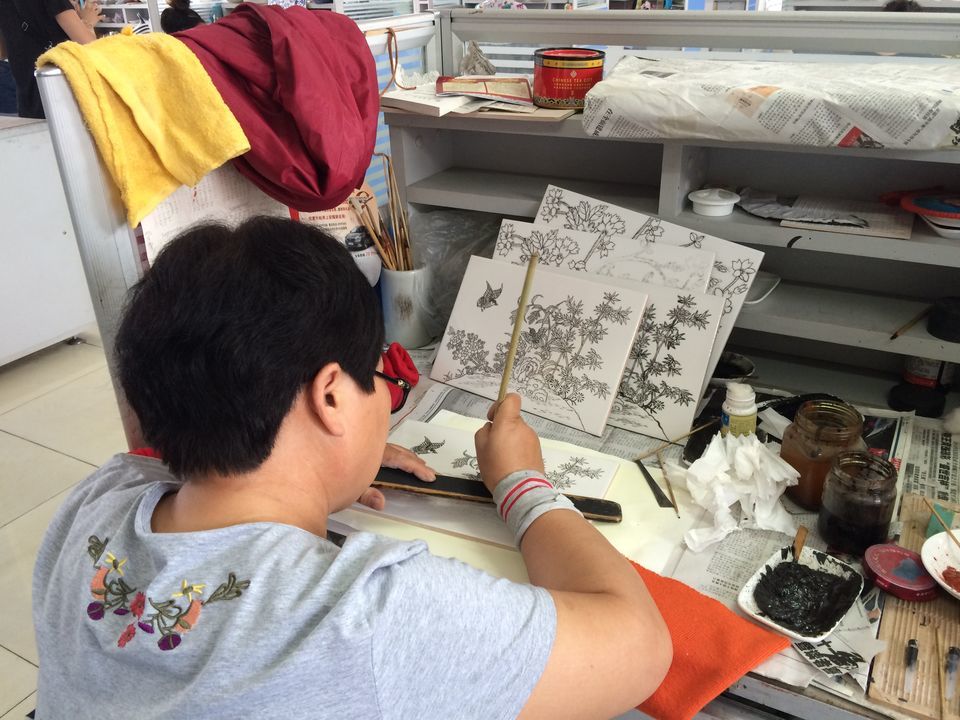 Lunches of two days were Huairou local dishes, which are very delicious with nutrient-rich. 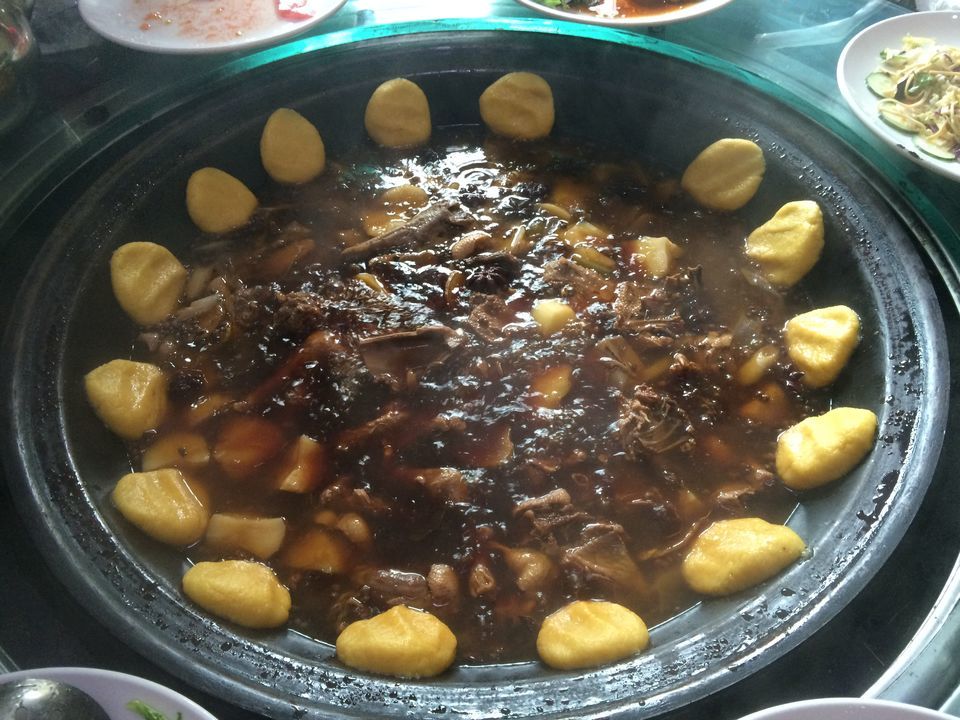 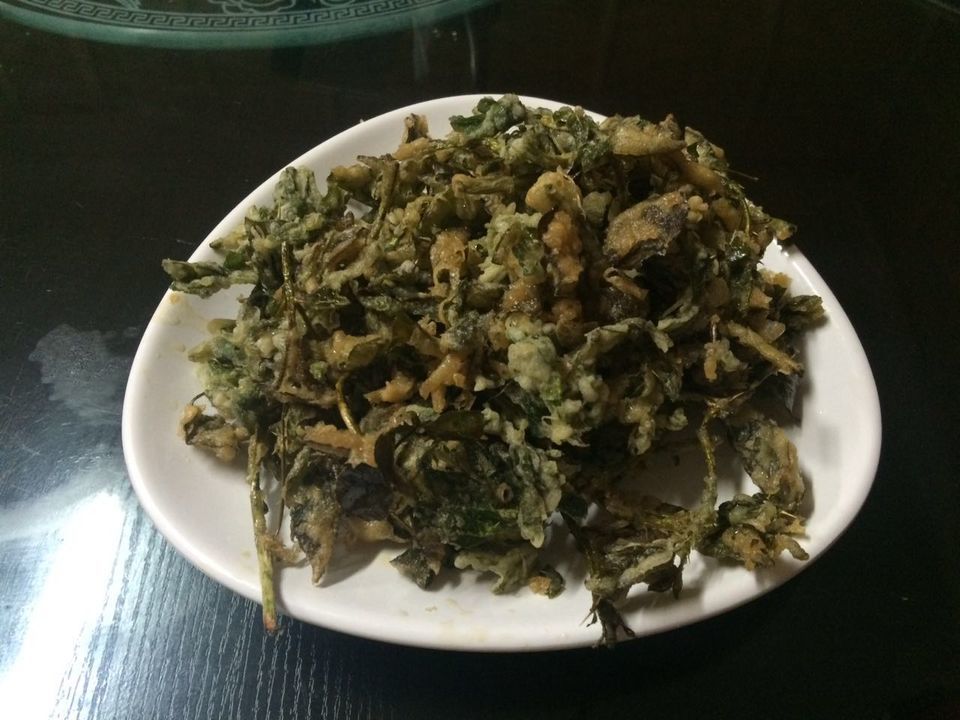 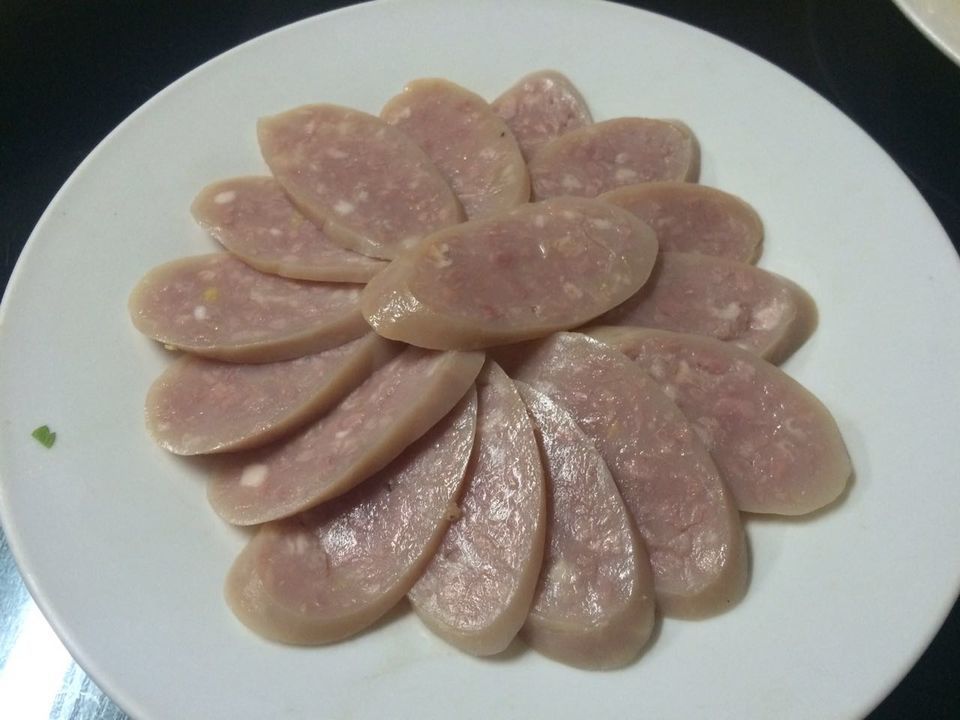 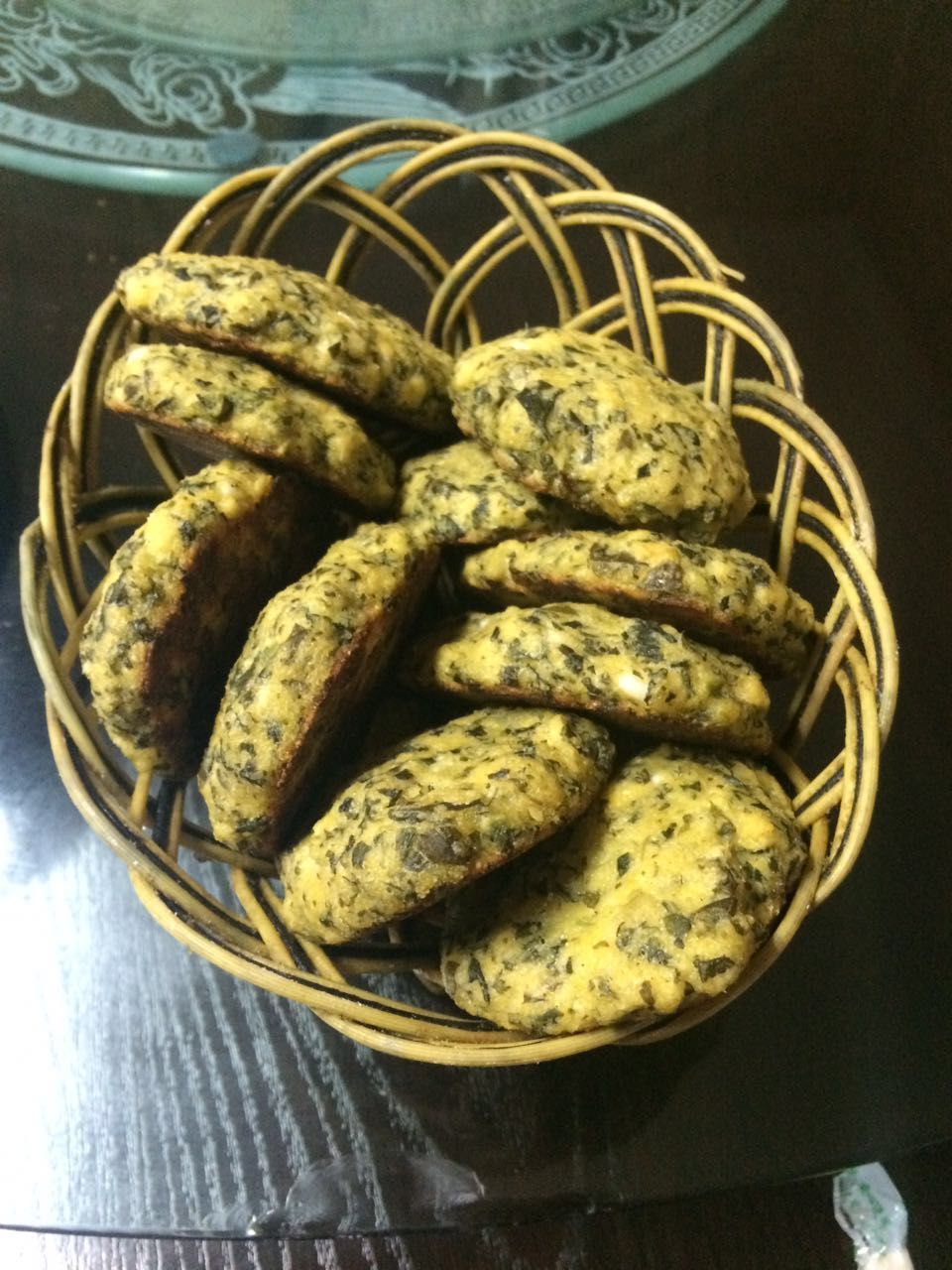 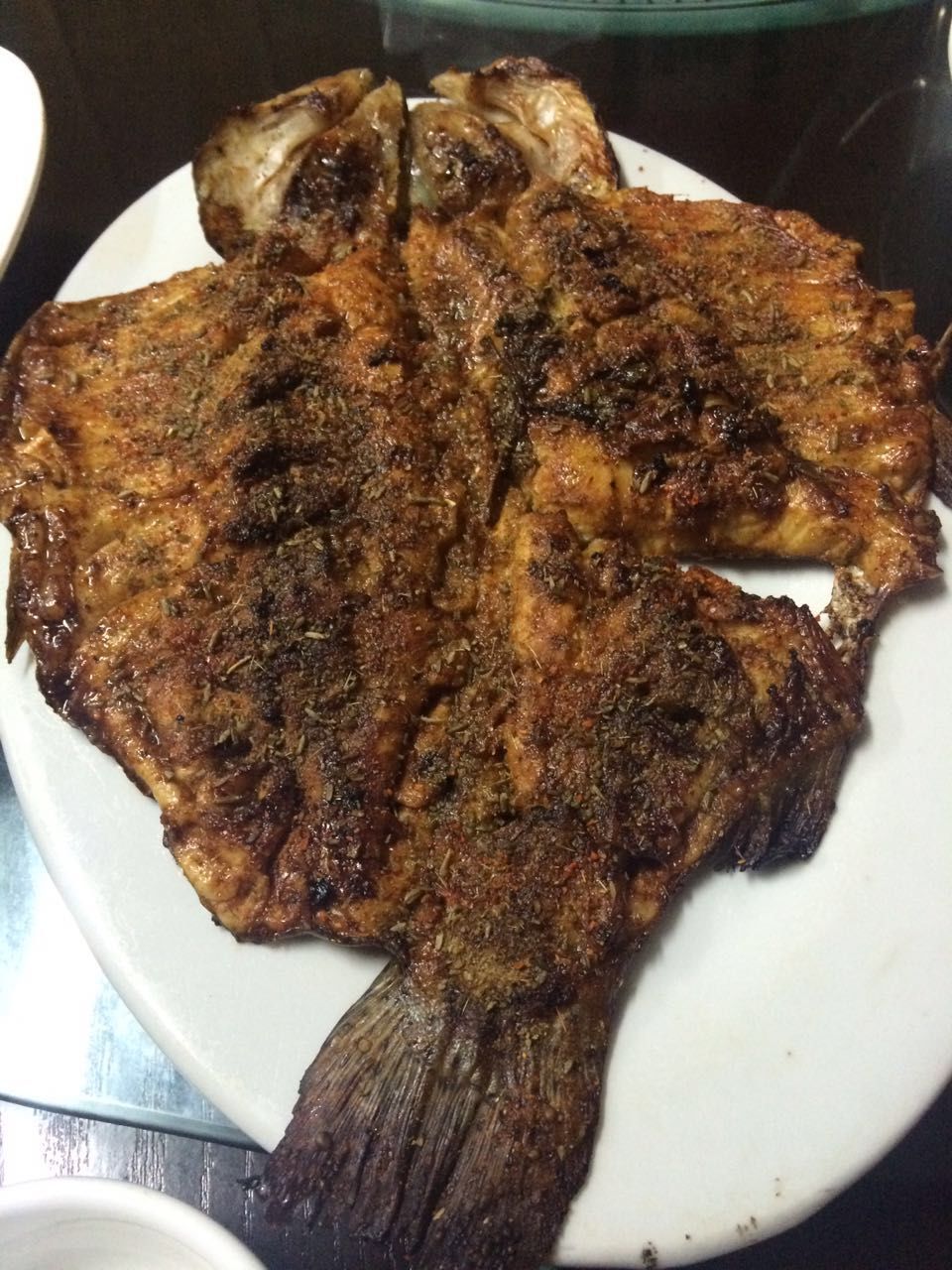 The hotel where we stayed on June 21 called Spring Legend Holiday Hotel. With European style decoration, it seemed I went to Europe, which gave me another different experience.