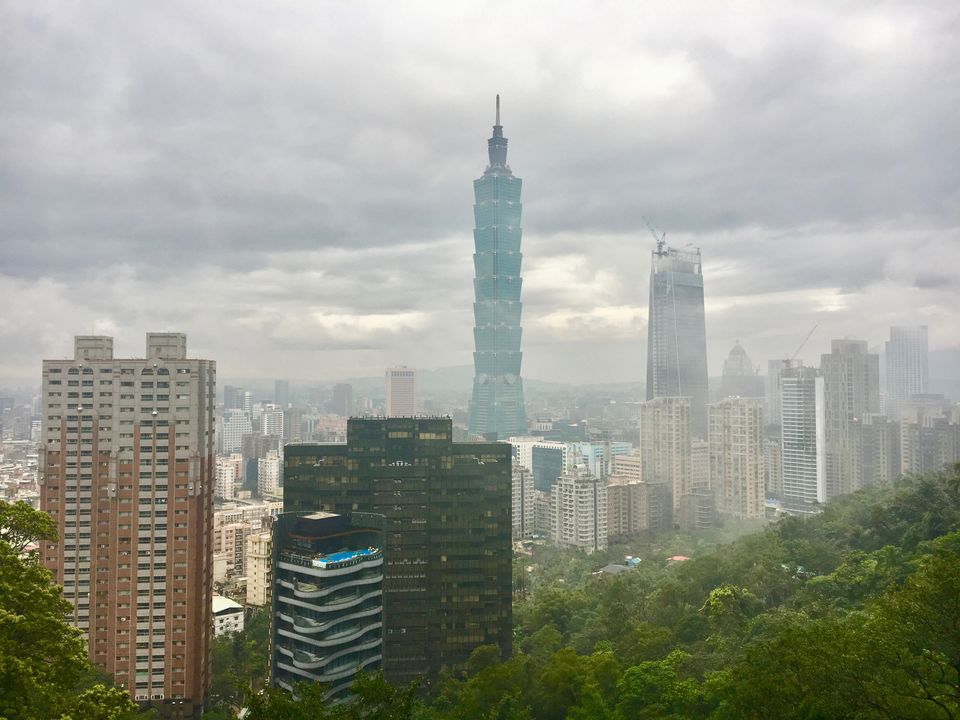 Located in northern Taiwan, capital city Taipei is a bustling metropolis with Japanese colonial lanes, busy shopping streets and contemporary buildings. While on a business trip there, I took out some time to explore this colourful city!

My first stop was the Longshan temple, a Buddhist temple built in 1738 built by Han immigrants from Fujian province and houses Buddhist as well as Taoist deities. I stood in awe as I admired the elaborate wood carvings depicting dragons, birds and various animals. A very friendly Taiwanese girl explained to us how to ask for a wish and then visit the fortune teller to know whether the wish would come true! The fortune teller was bang on regarding what my wish was.

To reach the temple alight at Longshan temple MRT station on the blue line. There is a night market very close the temple. You can get down at the Ximen MRT station to explore the same. Smelled a lot of stinky tofu here but didn't have the hear to try it out ???? After exploring this one I went to the Shilin night market and tried out some fried ice cream, oyster omelette, pork dumplings and corn fried rice. Alight at the Jiantan station on red line to explore Shilin.

Next day I went for an early morning hike at the elephant mountain (Xiangshan) There a bit of light rain which made the hike easier (scorching sun would have been worse!) and the views were pretty awesome! To reach here you can alight at the Xiangshan station on red line. I stayed at W hotel (near Taipei city hall MRT) and it took me 10-15 mins to reach the starting point of the trail.

The mountain is named so because of its shape which resembles an elephant head along with the trunk. There are lots of steps (400+) so make sure you are wearing comfortable shoes and well hydrated.

After climbing fee hundred steps, you will reach a fork and there is a map to guide you on the two trails. I took the trail on the left and came across some gorgeous views of the city and Taipei 101.

Taipei 101 is built to withstand typhoons and earthquake tremors which are a part of life in Taiwan. I experienced mild tremors one day at around 6:00 am. And here is Taipei 101 at night. Did you know that the colour in which the building lights up each night follows the rainbow colours VIBGYOR (red on Sunday!).

The Starbucks at 35th floor in Taipei 101 also gives a superb view of the city! I had coffee there while enjoying the magnificent view. From Taipei 101, I went to Daan park which is considered a posh area and also the only green patch in Taipei's business district.

Also visited the Ningxia night market which is more local and preferred by Taiwanese for the food. Tried out their egg roll and dumplings both of which were good!

While in Taipei don't forget to try the Taiwanese fried chicken, bubble tea, pineapple cake and the delicious Xiao long bao at Din Tai Fung! My favourite were the mango ice at Smoothie house and the custard apple at the fruit store right opposite it in Daan district.