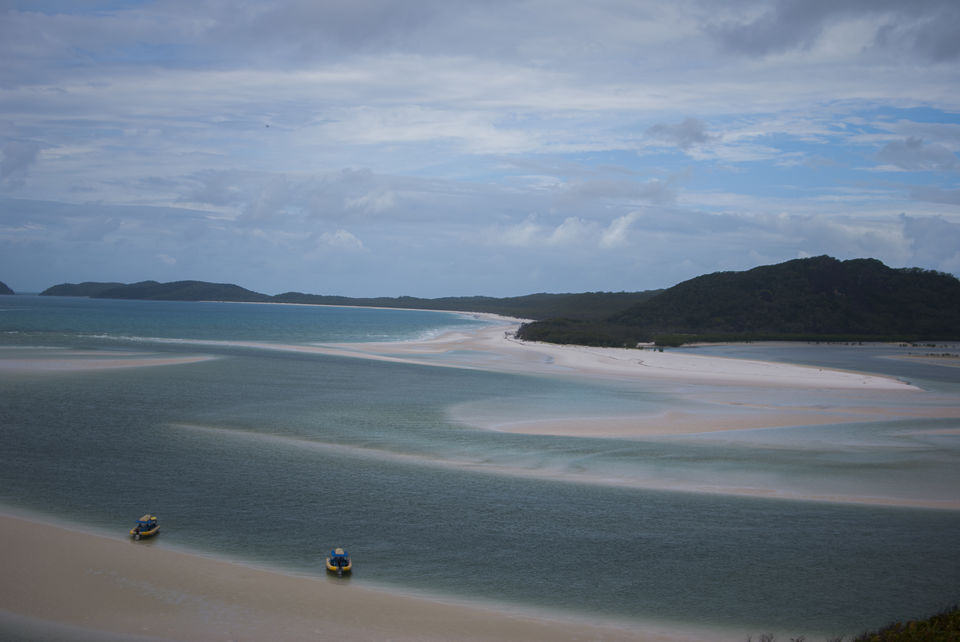 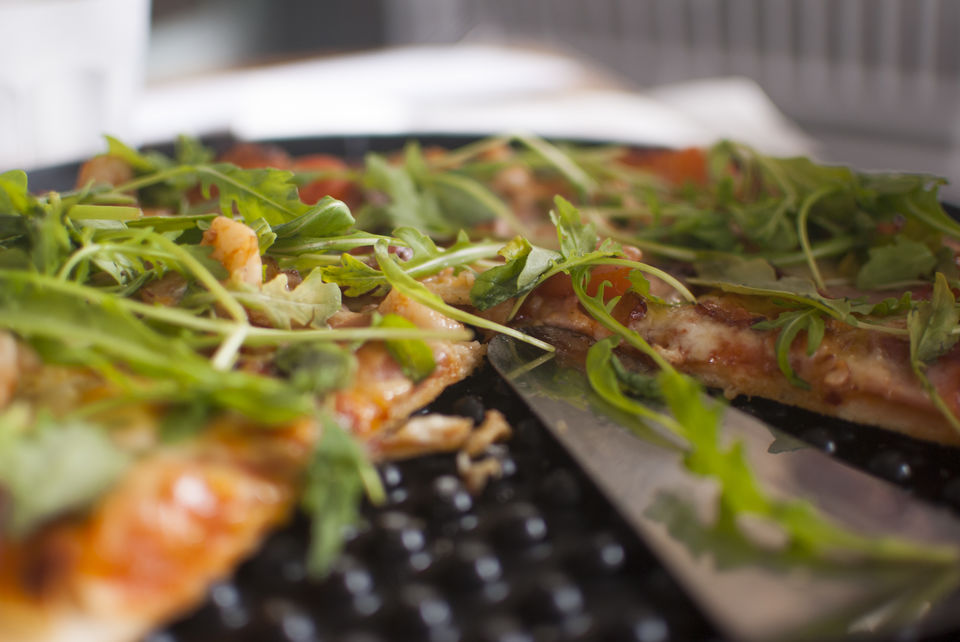 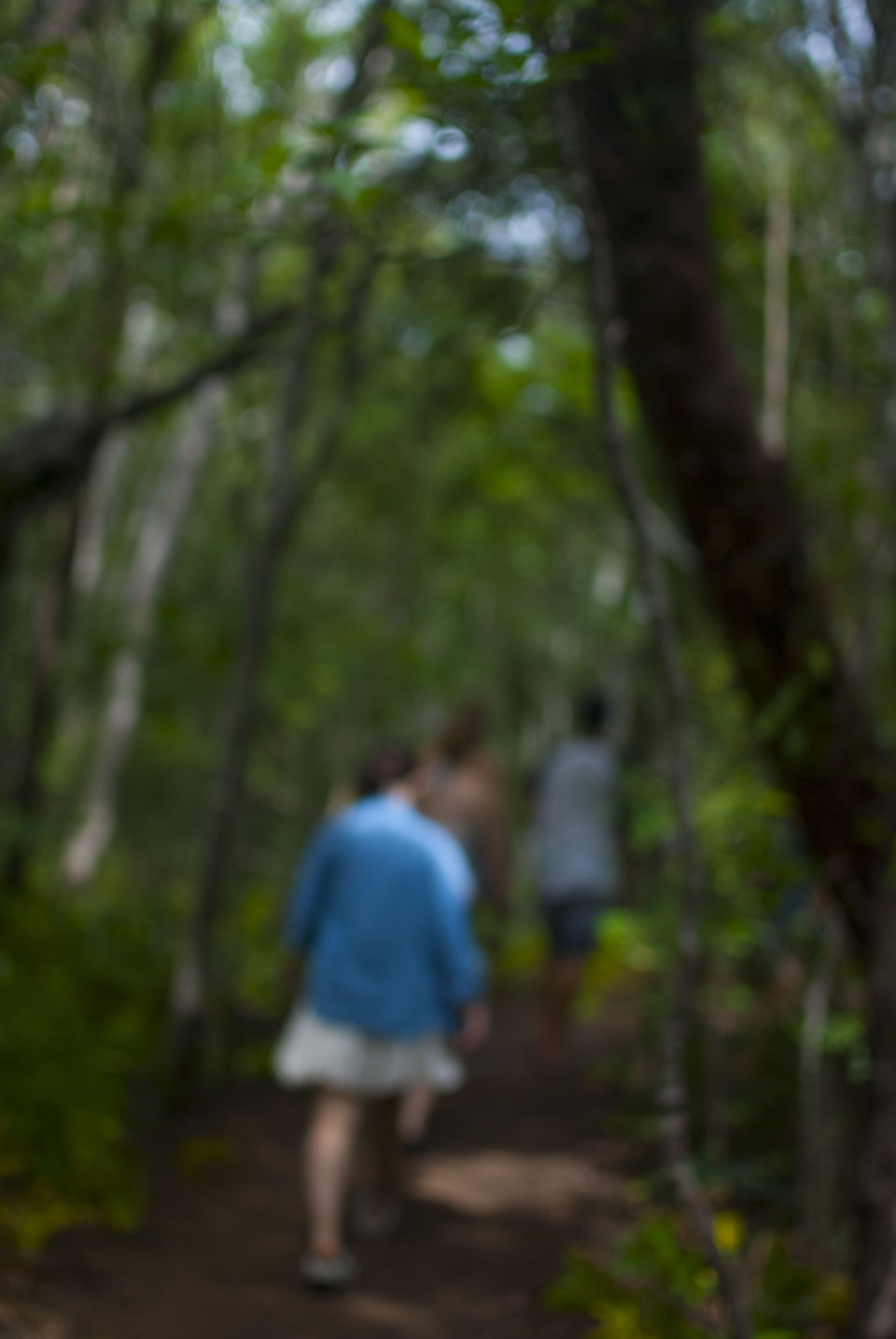 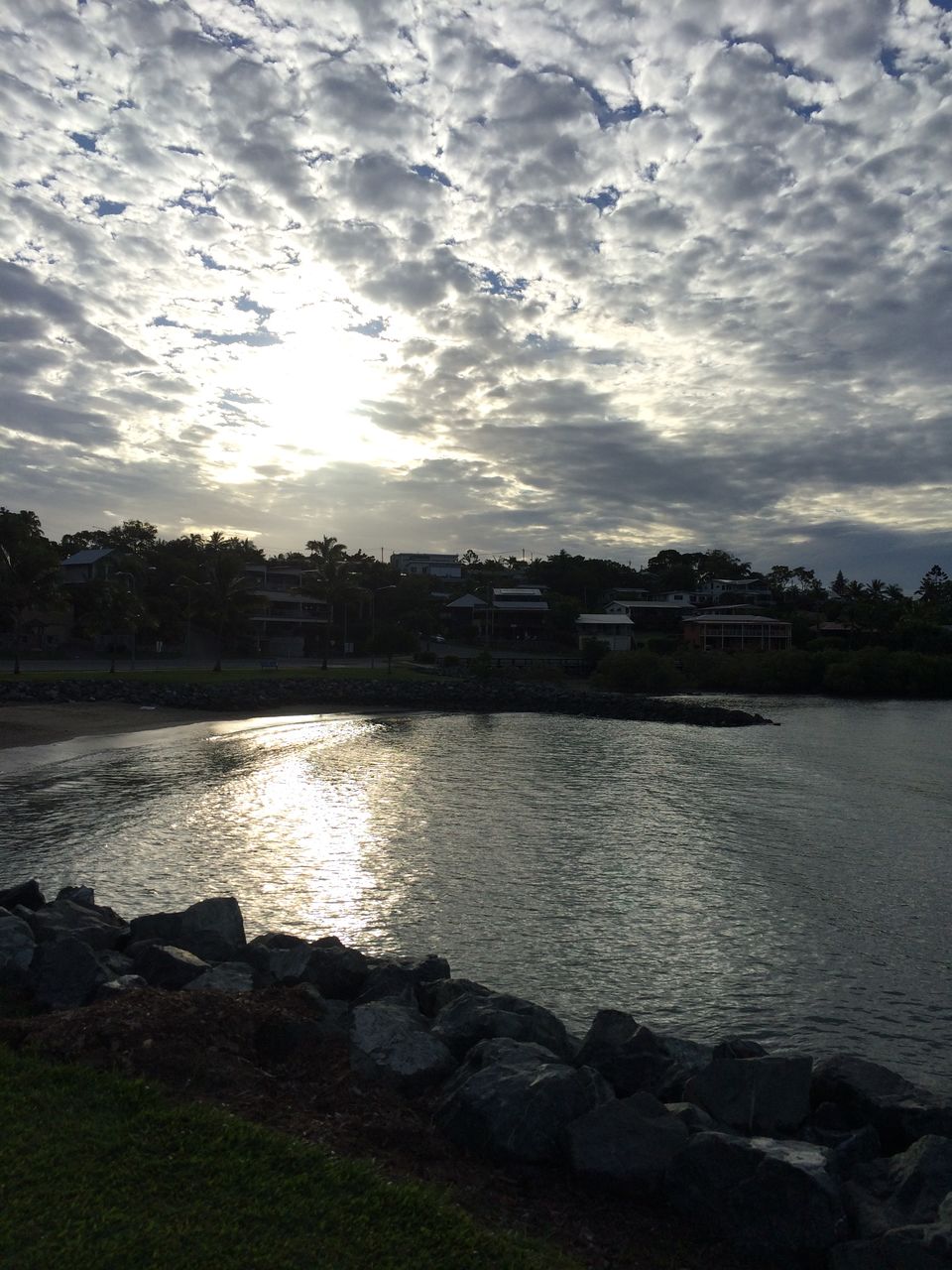 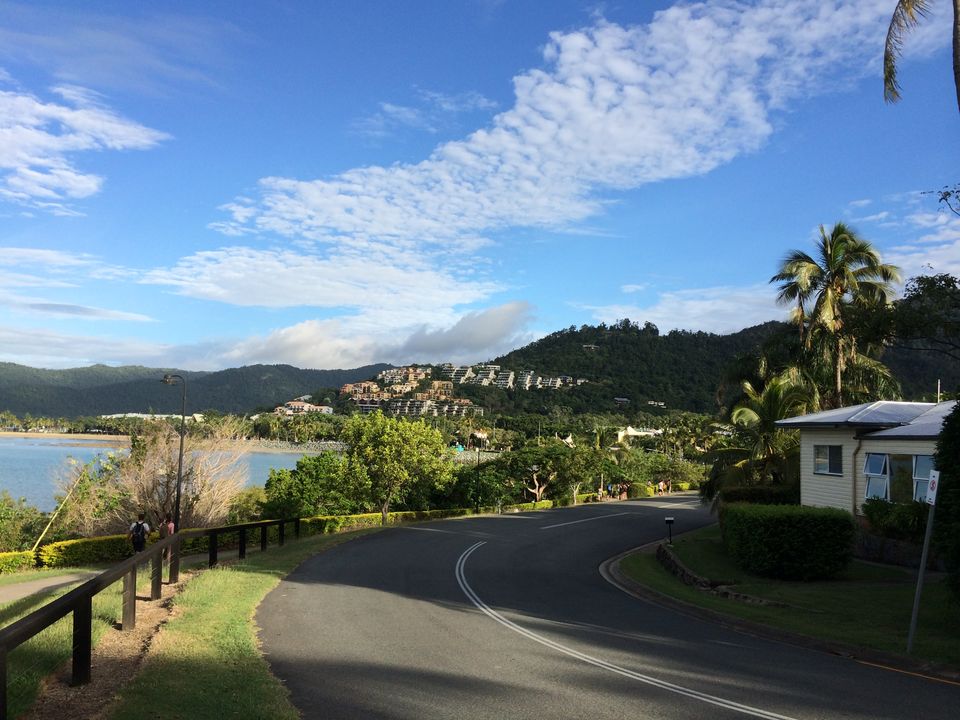 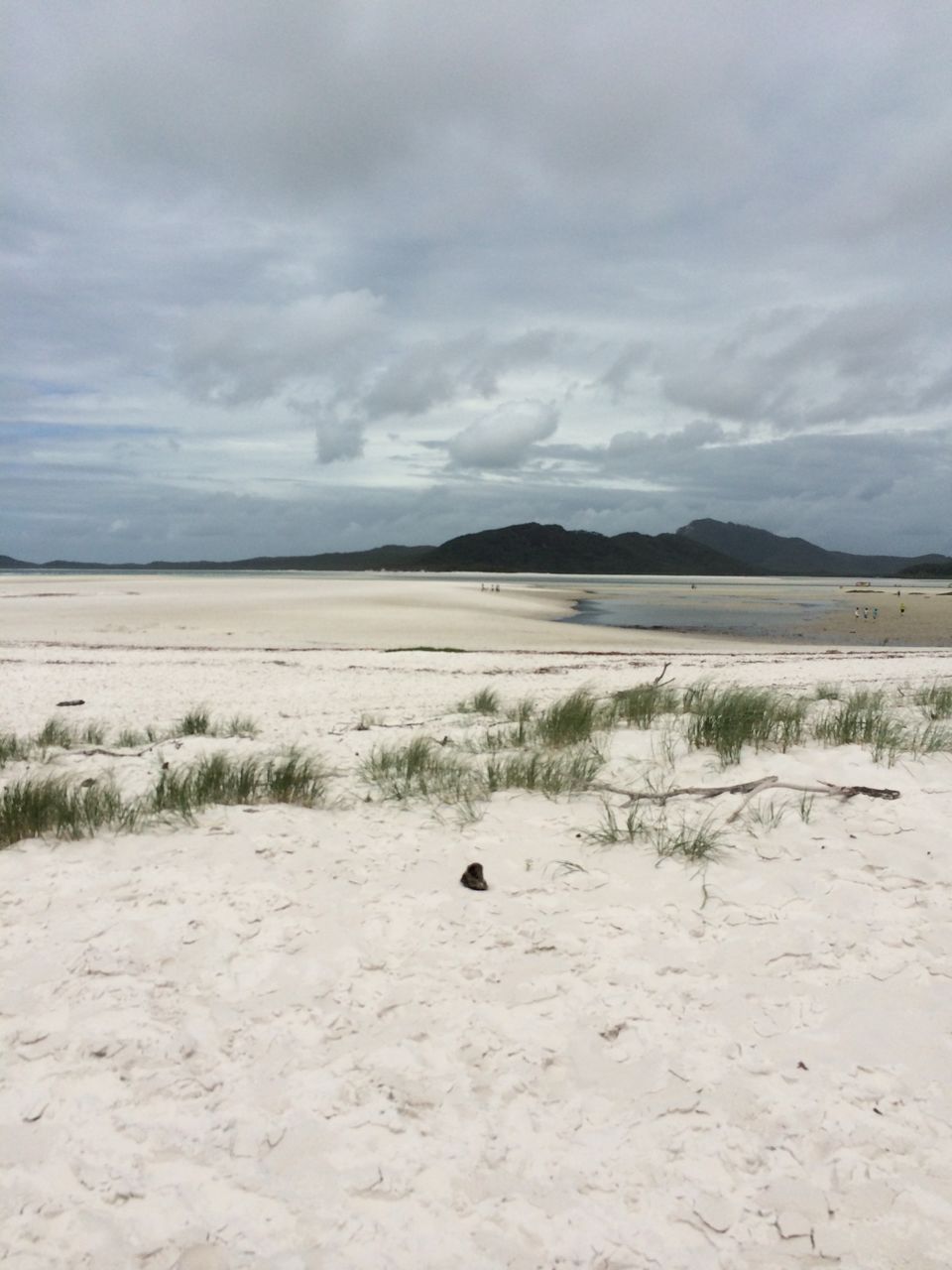 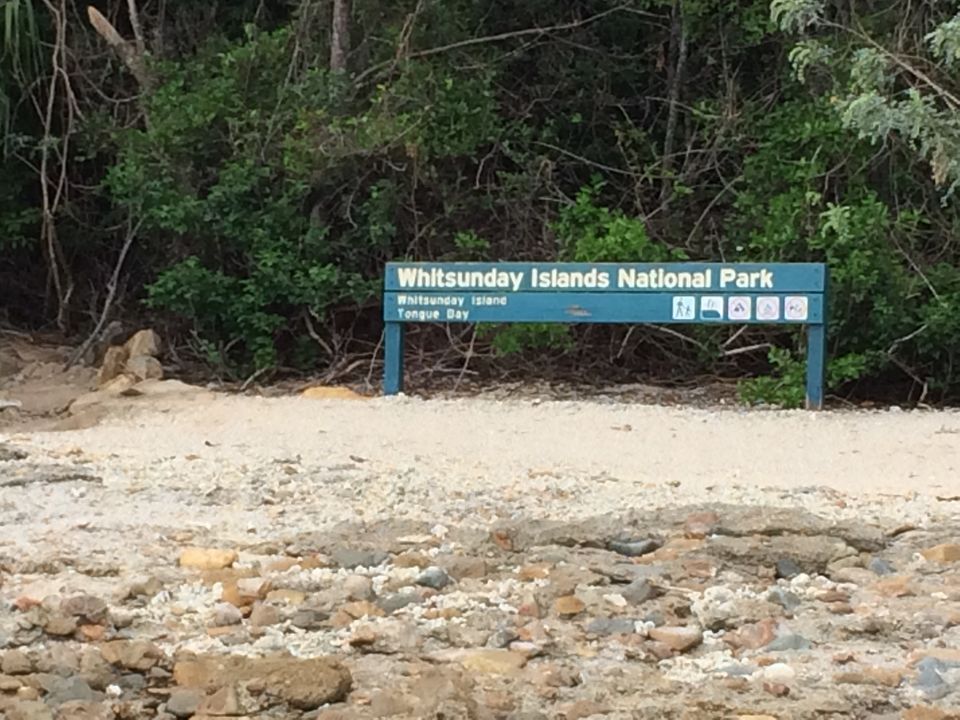 At a hostel pub.. 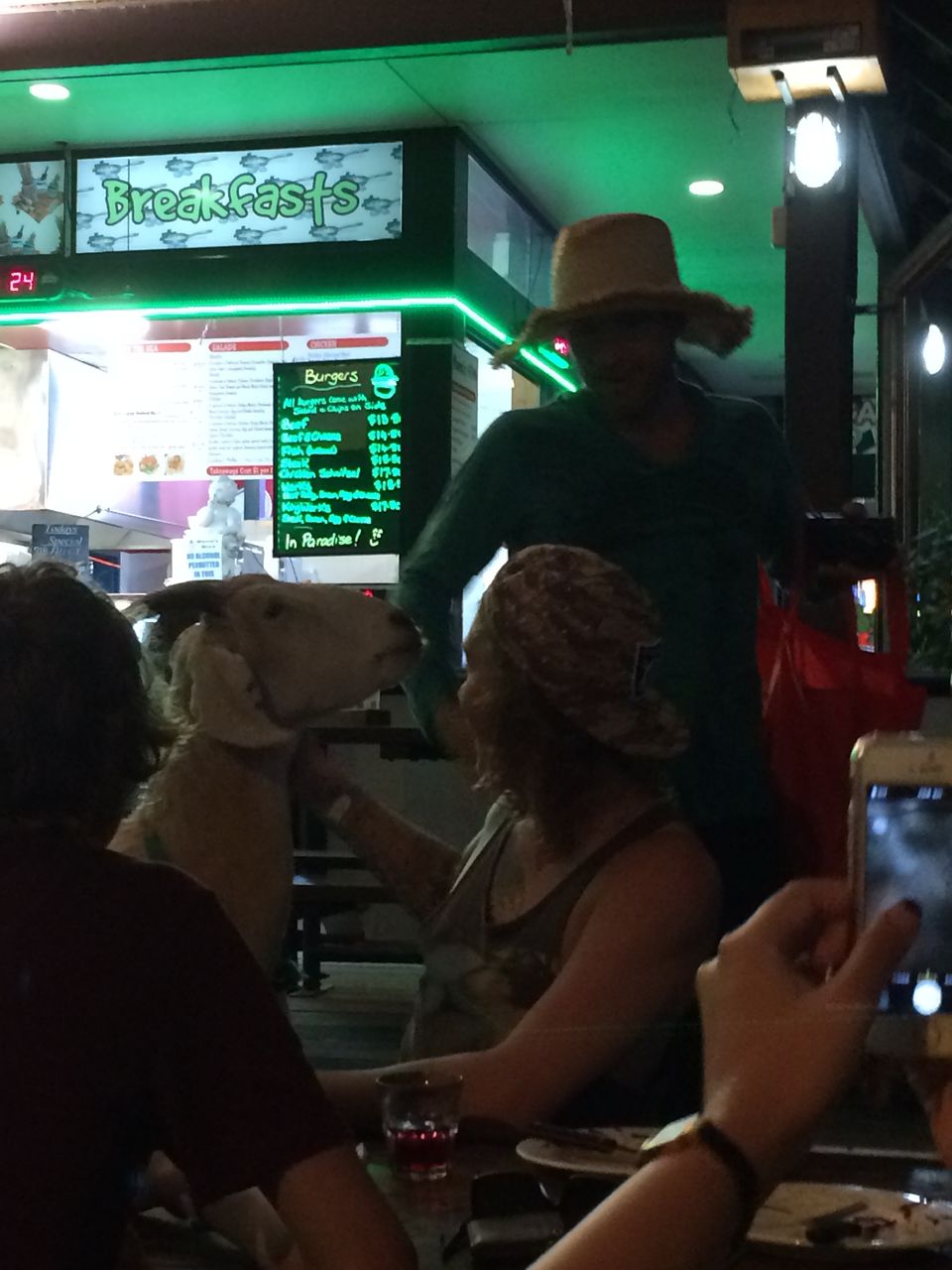 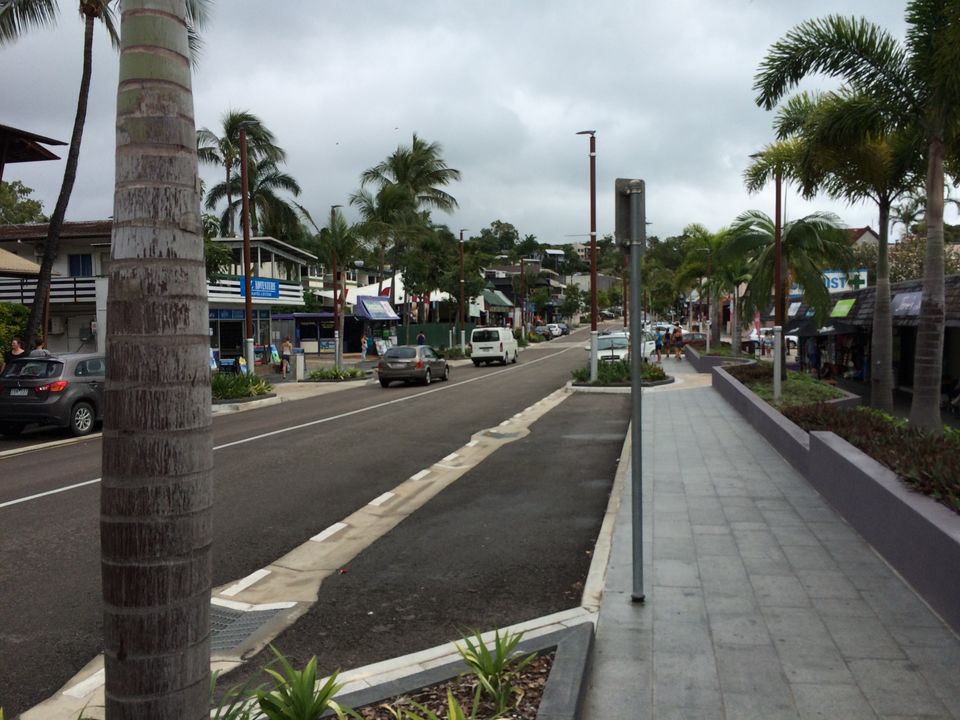 Let me start with a simple fact - this place will give you heavy withdrawal symptoms once you leave. I have lived in Australia for over two years now and been to various beaches on the East coast. They are all astounding with their flour-like sand and the blue waters, but Whitsunday's was maybe everything else put together if not more.

Landing at Proserpine Airport. My heart broke a little once we began our descent since all I could see from the plane were heavy clouds stooping so low, maybe a cricket ball would pass through if it's a six. An unhappy sight only because out of the week spent traveling, these two and half days were solely dedicated to the beaches and islands I'd heard so much about. Few minutes into arrival we were in an airport shuttle heading towards the Airlie Beach, which is roughly 35 minutes away.

Post lunch, a long wait at the hostel and some confusion with our rooms we ended up strolling around the picturesque little town. Despite the cloudiness, it took me a while to take in the view. The sea ahead of me as I stood at the lagoon was multi-coloured in shades of blue and lush green hills as I turned back with pretty apartments adding dots of colour here and there.

Please keep an eye out for Gary the Goat.

He's a goat. and he comes to the pub.

And eats your food. Quite a fright, because.. well, you don't expect that in a club,

It includes a decent 1 hour boat journey to your destination and another 1 hour journey back, along with snorkeling in the middle of the ocean. My cousins and I weren't exactly prepared for it when we got into the boat. People around were carrying tons of water, beach towels, a change of clothes, sand shoes etc etc.. but all you need is ONE bottle of water to last you a day and one towel for when you're done snorkeling. If you're traveling during the Jelly fish season I'd advice you to buy a stinger suit, it doesn't cost much.

Do not underestimate snorkeling if your initial plan was to go scuba diving. I had to cancel our plans for the latter because of the unaffordable essentials that come along with it. If you're like me and have never worn the diver mask before, then snorkeling is the way to go first!. Learning to breathe in that thing took me a while and it's quite the struggle in that awfully salty water with your lips shriveling up (from personal experience - maybe practise a bit before you go underwater, because nose bleed is apparently a common phenomena.) I will never forget that moment when our guide said - "go ahead mate. just jump in, you got space enough for a footy field to explore!". Looked down and saw nothing but murky water -- disappointment surged through me as I thought of the money that went in..

kept swimming and whining simultaneously. All of a sudden, there it was - the first coral. Slowly, as my eyes adjusted to the murkiness of the water, I saw another and one more.. only to realise I was over a dozen corals the whole time. I saw fishes I had only seen on tv, invertebrates I had only read about in my book and coral in colours I have never seen on a palette. All I could see was this new side of the world and all I could hear was myself breathing ...

Never had an hour seemed shorter and soon we were back in the boat heading for the Whitehaven beach for lunch. Post lunch, they take you around the islands and then you're back to Airlie Beach.

Since we were there on ANZAC day, we decided to attend the Dawn Service and also watched a bit of the parade. We had a bit of time to spare before our shuttle back to the airport..

HotelsMap
a very good place and suits your wallet, especially for students. The staff is quite chilled and very helpful regarding the how's and what's and where's for the place ... Airlie Beach is a tiny beach town and the backpacker hostels are all located on one street. If you do not own a car (like me), no worries.. it's one airport shuttle away that will normally drop you off at your required holiday home/hostel (AUD $18).

HotelsMap
Spent one of our evenings here. Live music, happy hours for alcohol and good pizza all around - what more could you ask for !

HotelsMap
(http://www.oceanrafting.com.au/) A definite recommendation for anyone who wants a short tour of the Whitsunday Islands without spending 400+ $$$ for an entire day. It includes snorkeling, the tour, climb to Hill Inlet, your lunch, and hilarious tour guides who won't allow a second of boredom. (take my advice and sit on the side of the boat for this one, especially if you're around for the whale migrating season - such a good view!)

HotelsMap
My friends and I wanted to close our Whitsunday chapter with a fancy seafood dinner and chanced upon it during our late night strolls. I remember having a Barramundi dish and it's a decision I don't regret, but sadly my friend regrets his lime and prawn pasta till date - so I guess it just depends.

Capers on the esplanade

HotelsMap
One of our lunch destinations - did not disappoint either of us and I'd recommend the Angry Prawn Pizza if you're in the mood to experiment :D