Known all over the world as the beautiful, colorful, long-stretching spanse of coral reef off the eastern coast of Australia, the Great Barrier Reef is as famous as an A-List Hollywood celebrity. Millions of tourists flock to the underwater marvel on hundreds of sailing vessels and organized tours every year, rendering it one of the most visited natural wonders on the planet. It’s a World Heritage Site, one of the Seven Natural Wonders of the World, the single largest structure made by living organisms, and can be seen from outer space. The list of accolades goes on.

It was also my most anticipated adventure while in Australia. I’d dreamed of snorkeling with Nemo, marveling at bright pink coral, swimming with sea turtles, basically every stereotypical notion you’ve ever heard from movies and tourist web sites. But at the same time, I tried not to dwell on these specific dreams, lest I was disappointed by reality. The Reef has been considerably damaged by pollution, coral bleaching, and storm runoff, and I’ve heard almost as many stories about lack of wildlife, lackluster coral, and murky waters.

Because of this, I selected my Reef tour location carefully. I did research on the best sections of Reef (meaning the least damaged) and the best tour companies (meaning the least crowded and least lavish, so I could focus on the Reef itself.) I finally decided on Ocean Rafting – a company that specializes in small, intimate groups and explores the most pristine sections of reef. They set off from Airlie Beach, the launching pad for the Whitsunday Islands, and jet across the ocean on a giant banana raft instead of an industrial catamaran or sailing ship. Groups are no more than 25 people, and they have exclusive rights to anchor at Whitehaven Beach – the pristine, white-silica-sand stretch of tropical paradise on Whitsunday Island.

The night before my trip brought dark skies and pelting rain, and I was terrified that the trip would be cancelled. That’s all I needed – the most desired part of my trip down under to be cancelled because of bad weather. Luckily, the next morning brought patchy skies and a solid amount of sunshine – and despite threatening rain clouds over the mainland, sunshine grew in spades as we sped out toward the islands.

The banana raft was fun – it bounced its way over the waves, out of Airlie Harbor and into open sea, with half of us on benches and the other half sitting on the edges of the raft, holding on for dear life.

The ride itself was an adventure, at high speeds and frequent “OHs!” from us passengers. At one point, our pseudo-Australian guide (brown and white farmer’s tan, sunscreen on the nose, heavy accent and all) staggered his way to the back of the boat to give us a briefing on the island tour and snorkeling process. Between the deafening roar of the motor below us, the crash of the waves, and the blaring rock music on the speakers, all I caught was something along the lines of, “Reef! Snorkel!Don’t! Island!”

I stared at him with utter confusion, until the scene fromFinding Nemo, in which Squirt gives instructions to Marlin and Dory in foreign Australian slang, entered my mind:

And I proceeded to giggle uncontrollably, and tried to hide it by looking away over the passing waves. I don’t think I succeeded.

We arrived at Whitsunday Island about 45 minutes later, where we walked across the island through a temperate rainforest to get to Whitehaven Beach on the other side. It started to rain halfway through it, but by the time we reached the beach rays of sun burst through and illuminated the pure, white silica sand, nearly blinding us.

It was stunning. After our barbecue lunch, I walked along the beach, past the sunbathers, swimmers, and snorkelers, and found a remote stretch of white all to myself. I stood there for awhile, just soaking up the sun, the crash of the waves, and the fact that I was standing on an island in the South Pacific Ocean. Off the coast of Australia. Near the Great Barrier Reef. I felt like I was in a postcard.

Still, I was anxious to move on and get to our snorkel spots. And after another bumpy ride further out, to the outskirts of the island chain, the boat slowed to a halt in a small inlet for our first Reef experience.

I was excited and nervous at the same time. As the guides gave us a quick briefing on how to use the snorkel equipment, a disclaimer about jellyfish and other stingers, and a few rules (don’t stand on the coral, don’t hitch a ride on a sea turtle, etc.), we were set loose. I snapped my mask firmly on my face, stretched out my stinger suit to cover every inch of me it possibly could, took a deep breath, and nervously jumped into the wide open ocean.

I should probably stop there and explain something, for those of you who don’t know me.

I am terrified of the open ocean.

Yes, I am a born and raised California girl, have lived 20 minutes from the beach almost my entire life, and one of my favorite things to do is be on the beach. Be it bonfires, sand soccer, jogging, sunbathing, swimming, boogie-boarding,kayaking, or just sitting on the cliffs and watching the sunset, I am drawn to the ocean like a moth to a flame.

But take me out of the safe harbor, or deeper than chest-height, or even play the theme music from Jaws, and I panic. I don’t like water deep enough where I can’t see the bottom. I don’t like not knowing what’s below my feet, beneath the surface. I never even liked the deep end of the pool!

So snorkeling in the open waters off the Australian coast, even if it was the exciting Great Barrier Reef, took a lot of guts. And because I was afraid, I had to do it.

As Eleanor Roosevelt once said,“You must do the thing you think you cannot do.”

So, back to jumping off the raft. They offered noodle floats for those of us who weren’t very strong swimmers, and I took one for peace of mind. Unfortunately, the first snorkel spot turned out to be a disappointment for me: my mask didn’t fit, and water kept filling up my goggles. I didn’t have the mouth hose situated correctly, so I kept breathing in a tiny stream of salty water. And when I was able to adjust everything, breathe correctly, and stick my face back down underwater, I barely saw anything except dirty water and colorless coral filtering through. I spent more time kicking vertically in the water, struggling with my mask and panting because I was nervous and short of breath.

One of the guides swam over to make sure I was okay, and helped adjust my mask. She then informed me that there was a jellyfish near my feet, which naturally caused me to yelp and thrash about, trying to get away before she clarified that it wasn’t a stinger.

I told her she should have led with that.

“Here, I’ll catch it for you,” she said nonchalantly, and I blinked as she dove underwater like a dolphin. She then popped back up, scooped the jelly out of the water, and presented me with a limp, white blob of jello. I was fascinated, and I poked it. It also felt like jello. As she gently lowered it back into the water, it resumed a transparent, flowery shape, and drifted away as if nothing had happened. As I dove underwater to get a picture with my underwater camera, I was mesmerized by its peaceful beauty – and also saddened by the fact that it so closely resembled a plastic bag. Sea turtles love to eat these jellies, and they often mistake floating plastic bags for them – which kills the turtles. (Public outreach message: PLEASE dispose off your trash properly.)

On my way back to the raft, I felt tiny stinging sensations in my hands and yelped: I had been stung by tiny jellies. Turns out they were harmless, and nearly everyone was stung by them; the stinging disappeared in five minutes, but I was still exceptionally wary of the bigger jellies who weredangerous.

Luckily, the second snorkel spot, on the outermost reaches of the island chain, proved to be the opposite experience for me. The reef was closer to the water’s surface here, which meant better visibility and brighter coral, because it thrives on the sunshine. Mask and mouth hose on correctly, I slid off the raft, took a deep breath, and dipped my face below the surface.

What I saw took my breath away.

Or, well, it would have if I hadn’t already been holding it.

It was a whole new world: blues and pinks and purples and yellows spread out in every direction, lying just feet below me. Bright blue and red fish darted in and out of the coral’s fingers, while anemones waved in the current. Here and there, a clam opened its mouth, releasing a bubble. It was silent beneath the water’s surface, but a whole coral city of life bustled. I paddled my feet horizontally, staring wide-eyed at it all, grinning and mumbling to myself in awe.

All I kept thinking was, that’s the Great. Barrier. Reef.

In all my travels and all my adventures, nothing has given me such a sense of wonder or grabbed my heart like those moments did. We were given 45 minutes, and I felt like it was over in 30 seconds. I could have stayed there all day, floating on the surface and just watching that beautiful, ancient underwater world. I felt so small and so insignificant – like the Reef was a great king of nature, and I stood before it, humbled and starry-eyed. It was better than me. Better than everyone out there. And it demanded respect, not just for itself, but on behalf of the entire planet, whose beauty and natural resources we ravage and exploit.

And even though I didn’t see the sea turtles that everyone else saw (which was definitely a disappointment), I had an absolutely unforgettable time. And I know already that I want to go back, and possibly even try diving, and probably join a multi-day tour so I can go down amidst those fish and coral communities as much as possible.

I was happy with the section of Reef I saw, and I was happy I chose Ocean Rafting (they were simply awesome.) And though I wished it was longer, and that I saw sea turtles, or had found Nemo, I wasn’t disappointed in the slightest.

It was one of the most incredible experiences of my entire life.

This trip was originally published on Stranger In This Town. 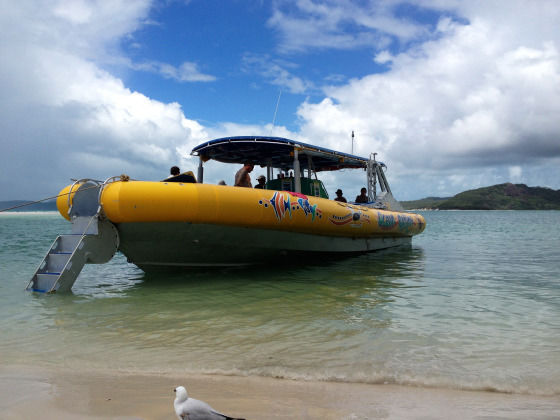 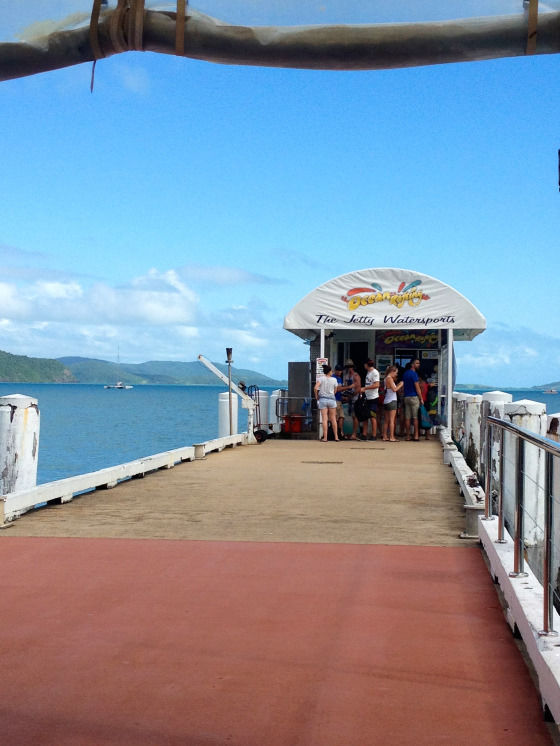 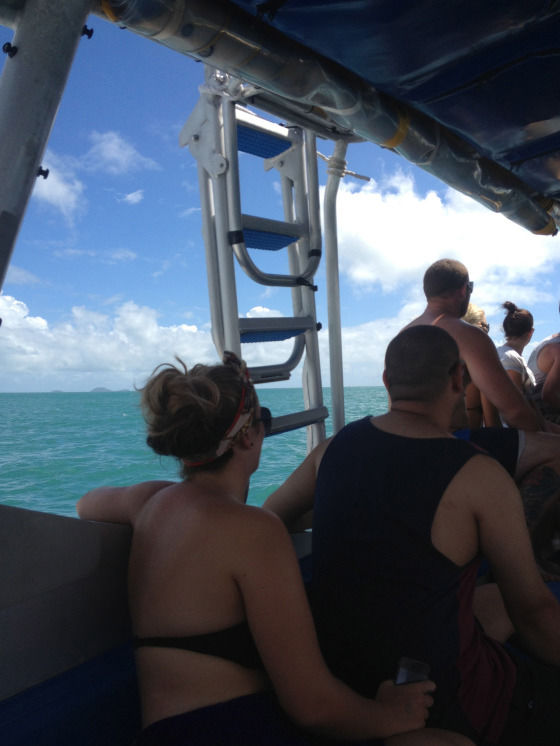 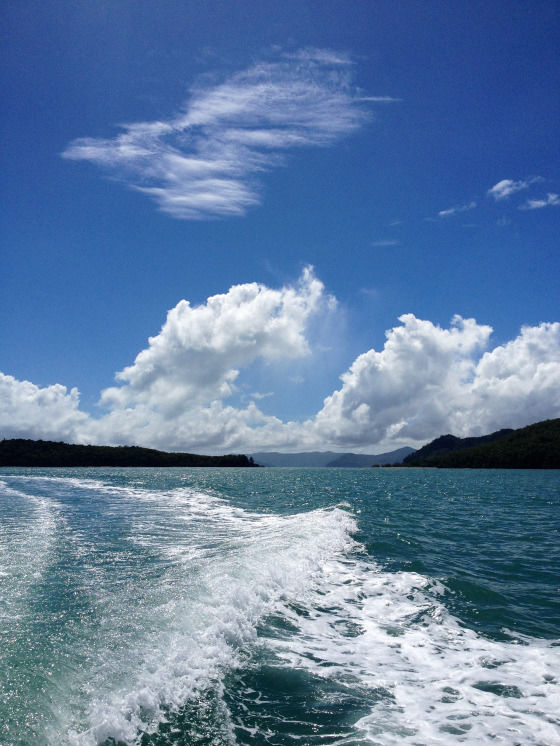 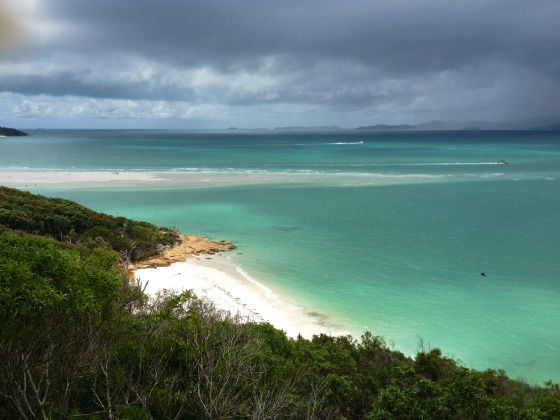 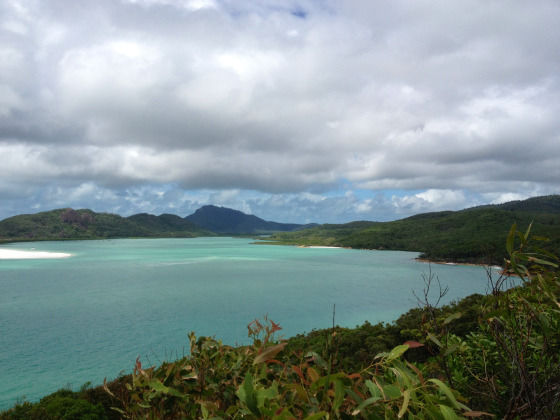 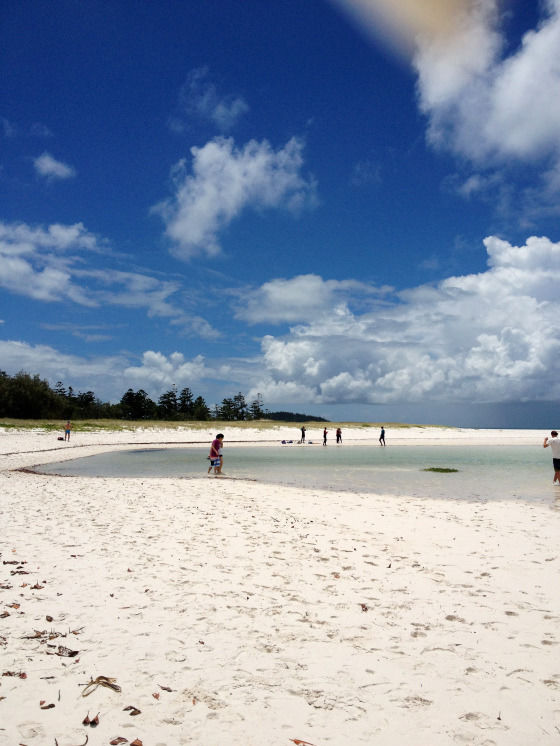 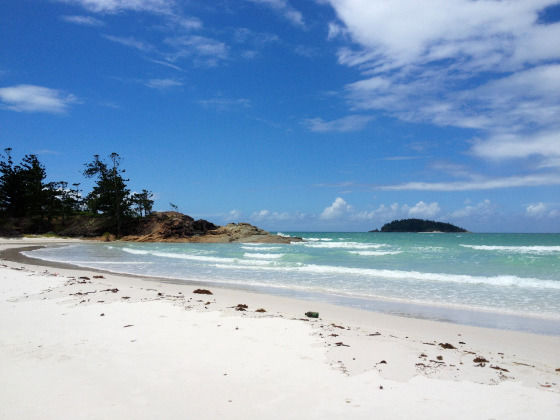 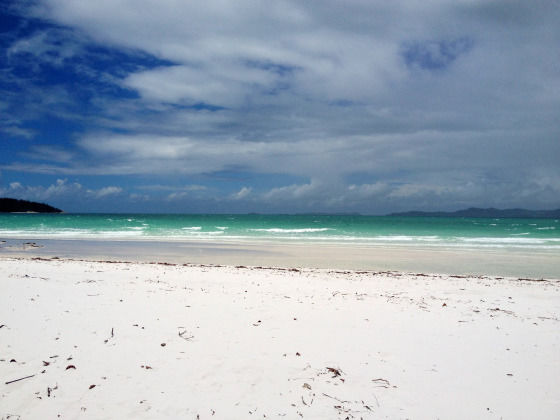 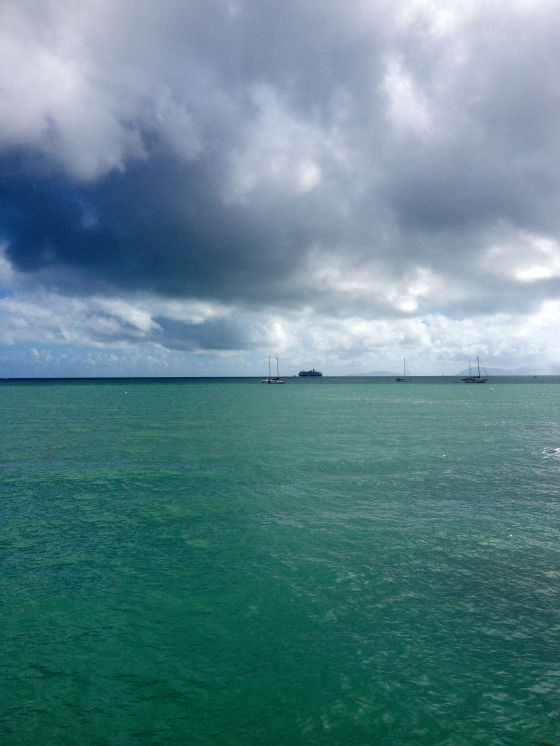 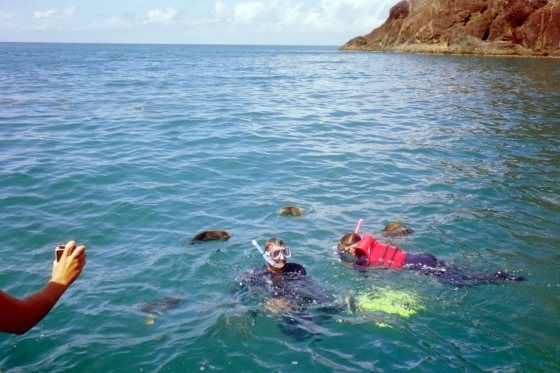 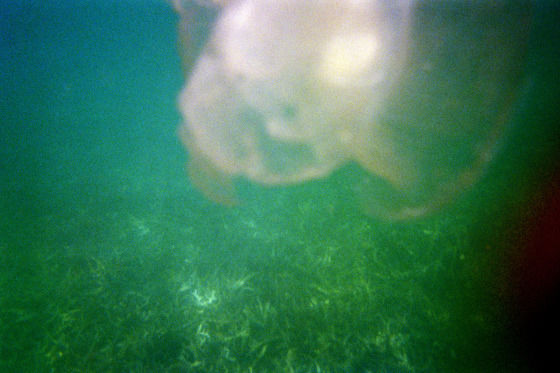 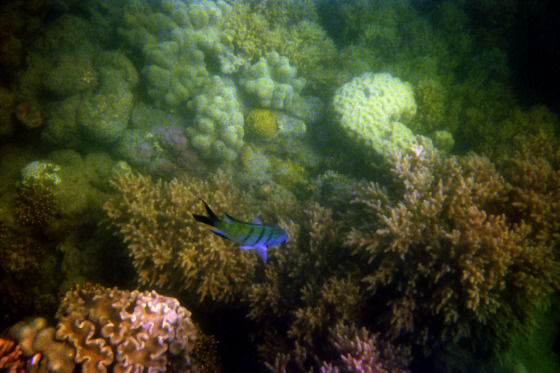 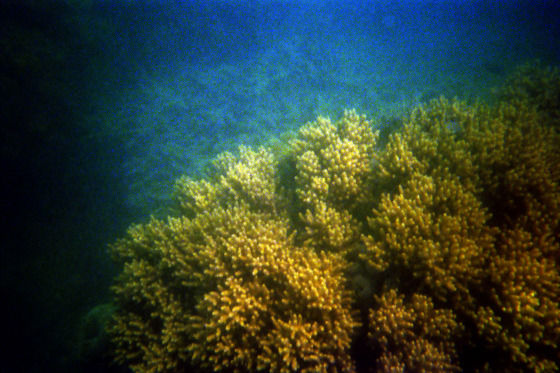 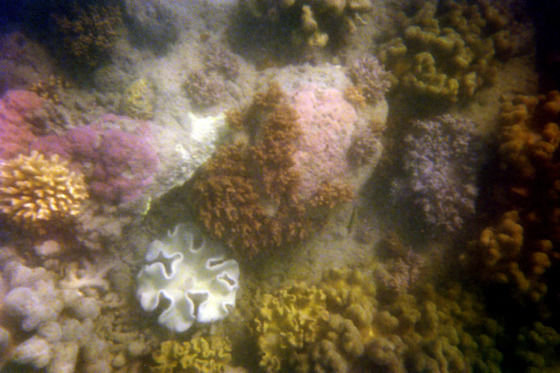 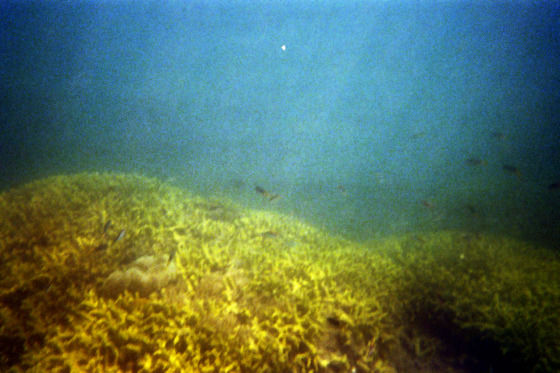 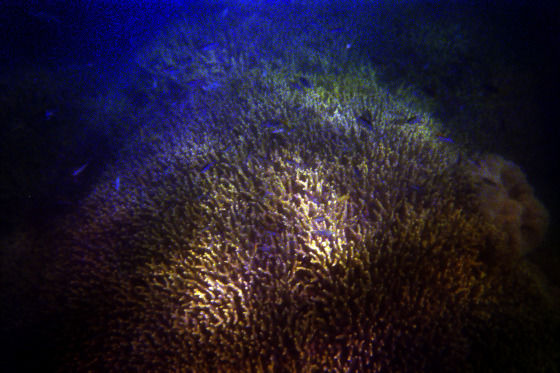 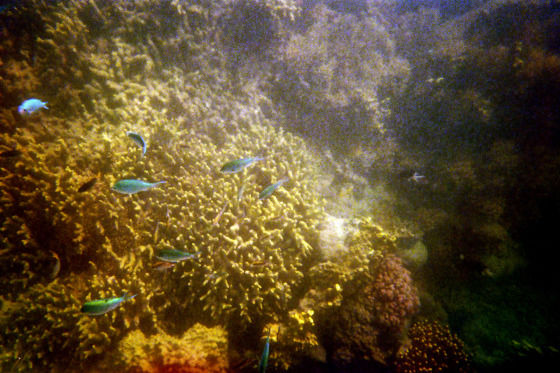 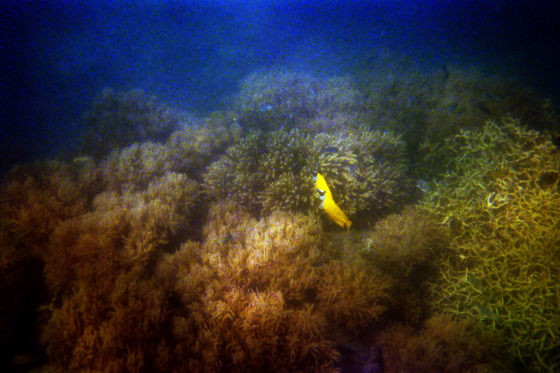 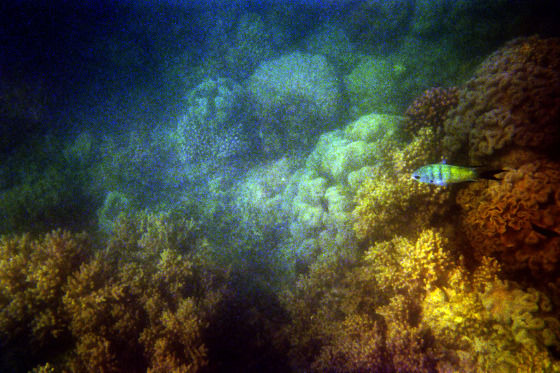