Uttarakhand Travel GuideUttarakhand TripsAn Adventure Sport That No One Talks About, But Should Be On Everyone'S To-Do List In Andaman!

An adventure sport that no one talks about, but should be on everyone's to-do list in Andaman!

When we reached Havelock Island on 2nd January, 19 , Kayaking was no where on my to-do list in the Island. The objective of the trip was to laze around, enjoy the beaches, and probably go scuba diving (because if you haven't done that in Andaman, did you even go to Andaman?) But, well, my trip was to take a pleasant turn, thanks to my brother, who insisted we go Kayaking.

My hesitation to go kayaking stemmed from an early experience of Kayaking in a resort in Rishikesh. Of course, that was not the actual kayaking, and that kayak toppled every now and then.

Scared, but with a tinge of excitement, I gave in to my brother's insistence and we scouted for Kayak tour experts in the Island.

There were individual kayaks, where you are your own boss, then there was an option of two people rowing together in a kayak (usually opted for by couples) , and you could also opt for a guide who would row for you (where is the fun in that, right?). My brother, and I, both opted for individual kayaks. Our group had about 7 people, with a group lead, and a guide. The meeting point was a restaurant at the jetty. From here we were taken to the shore, and the entire trip was to go to the Mangrove Creek and back. We were instructed on the to-dos and not-to-dos while on the Kayak, on how to hold the paddle, and row ahead. Nervousness was taking over my senses, and half understood, I went ahead and sat in my kayak.

Obviously my kayaking journey had a rocky start with me trying to understand the direction in which to row because the wind was too fierce, and was controlling the direction in which my kayak was going. However, after about fifteen minutes into the water, my nerves settled, and from thinking 'why am I here', I went to 'wow, leave me here the entire day!'

On our way to the creek, the water was still, but the wind, fierce. The challenge was to row according to the direction of the wind. By the time we reached the creek, all of us were comfortable in the kayak, we halted our kayaks, sat still in our kayak in the water, enjoying the blue water, the green Mangrove trees and the blue sky. On our way back to the start, the waves had turned wild, which meant controlling the kayak was now more difficult than before. And to handle the kayak in that water, on your own, has been my best takeaway from this trip to Andaman.

The expedition lasted about two hours. It was one of the most exhilarating and enthralling experiences I've ever had. Out in the open sea, dancing sometimes to the wild waves, and sometimes enjoying the calm sea.

Make sure you don't leave this out of your trip to Andaman!

Do let me know if you have questions in the comments section, will be happy to answer:) 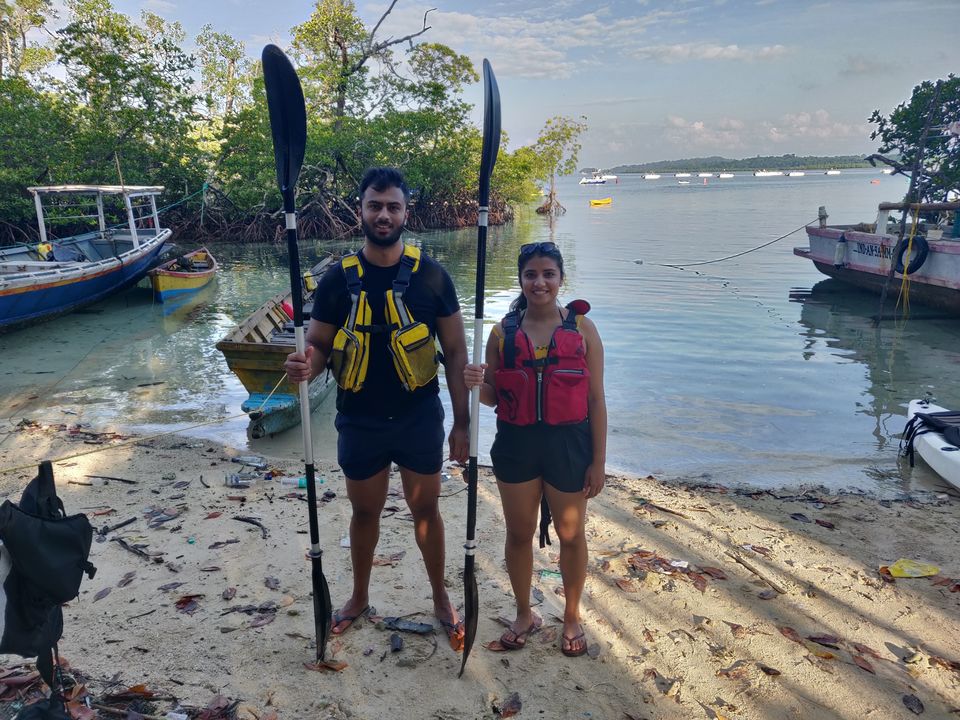 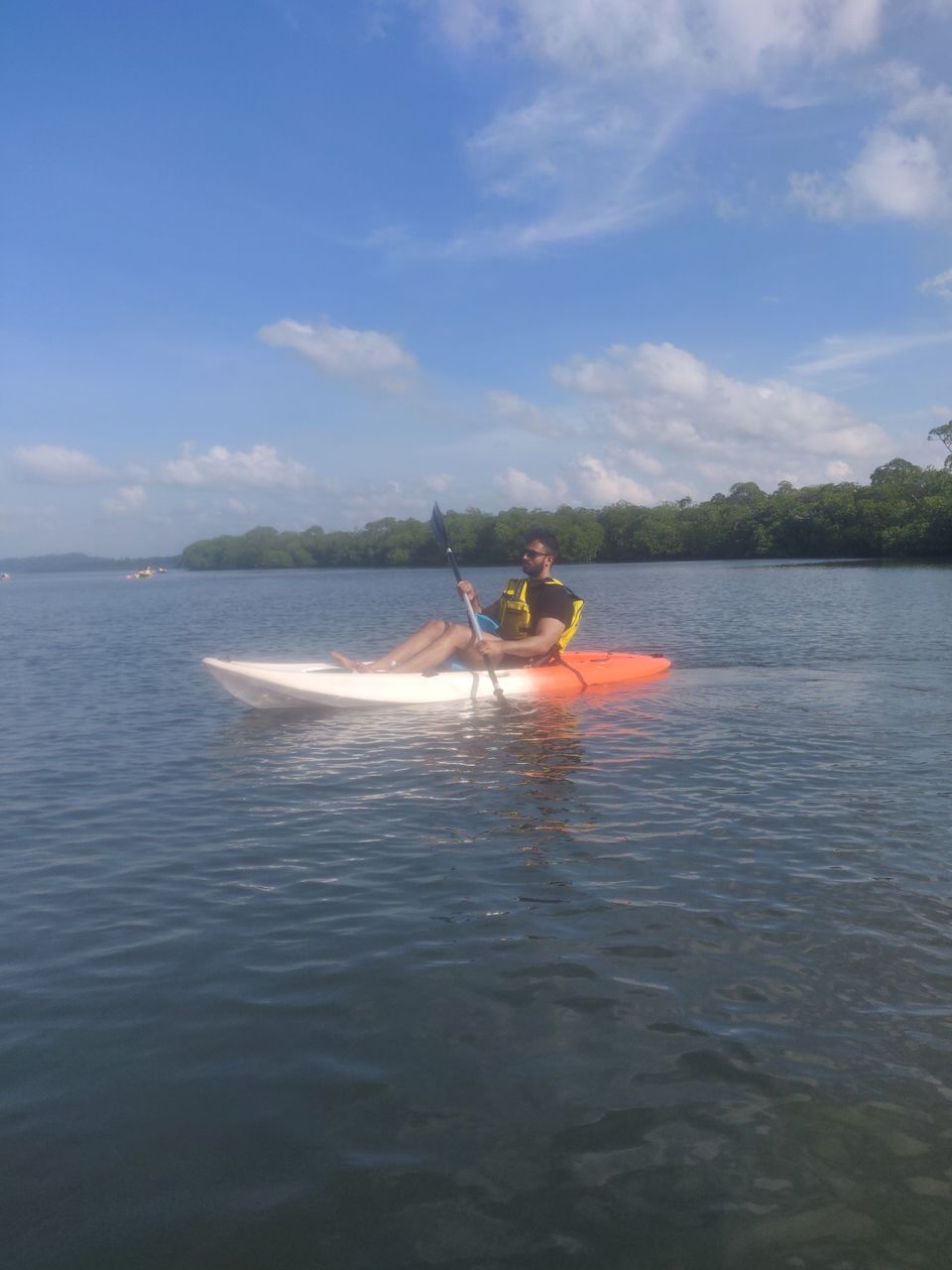 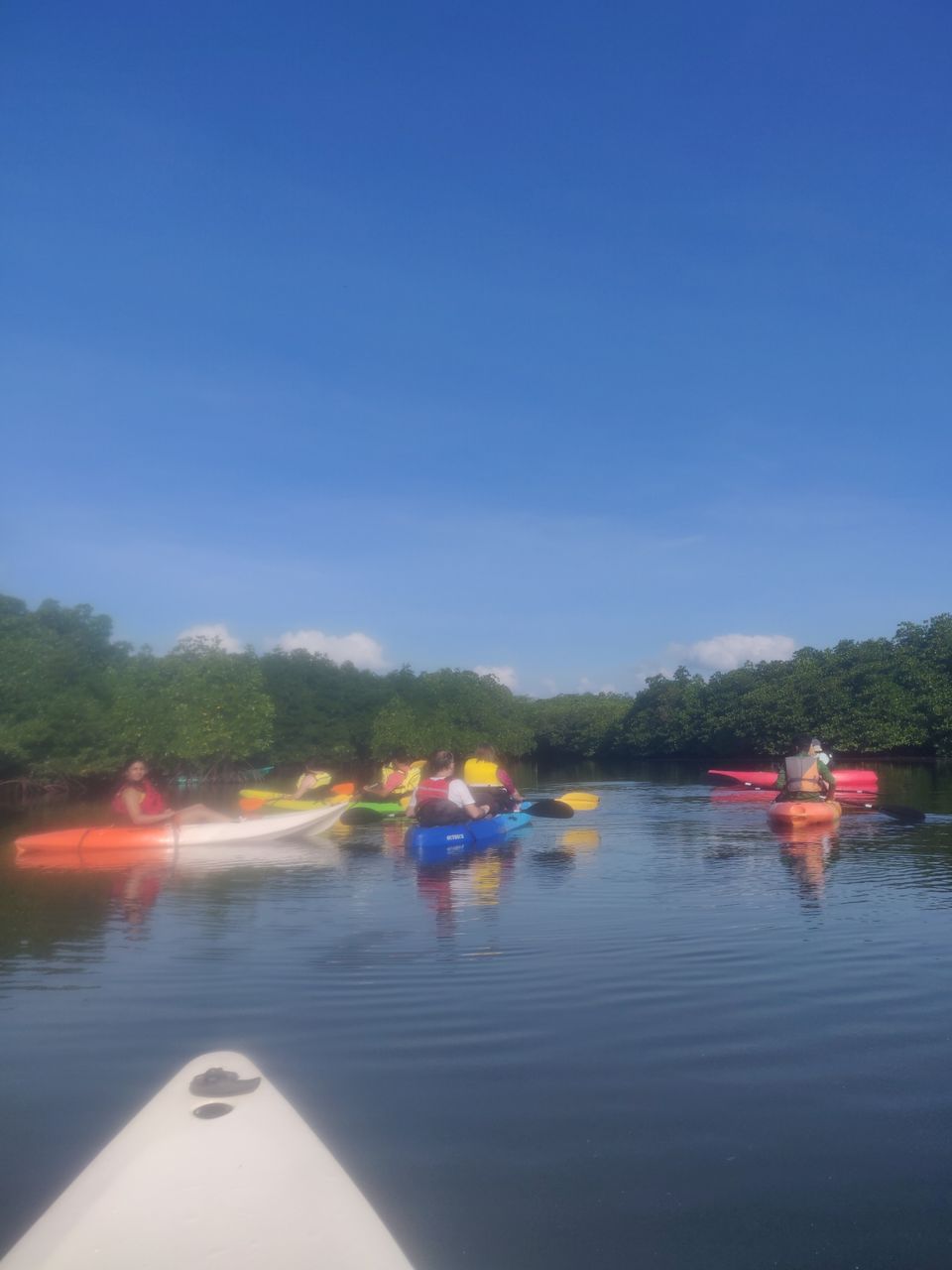 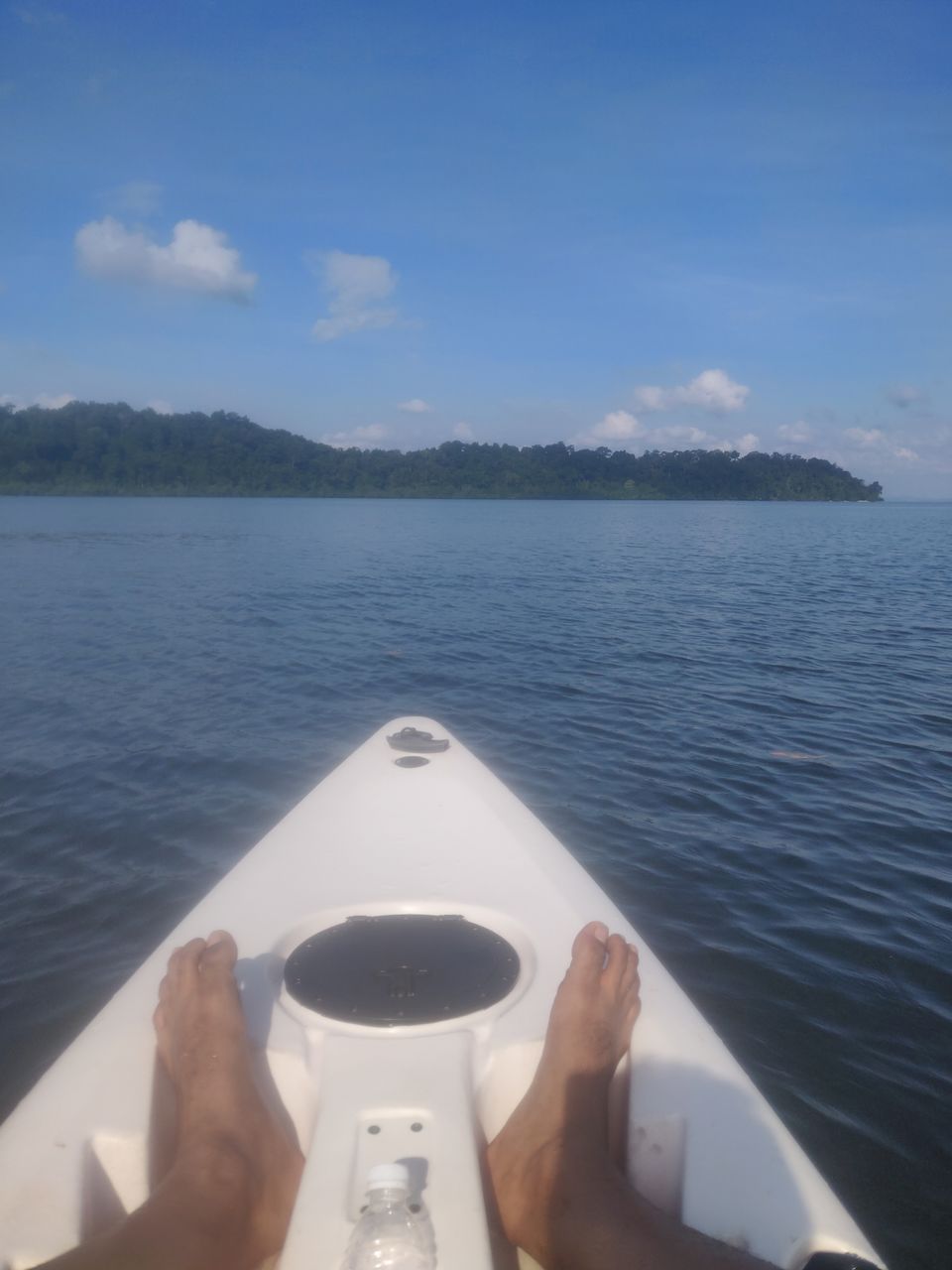 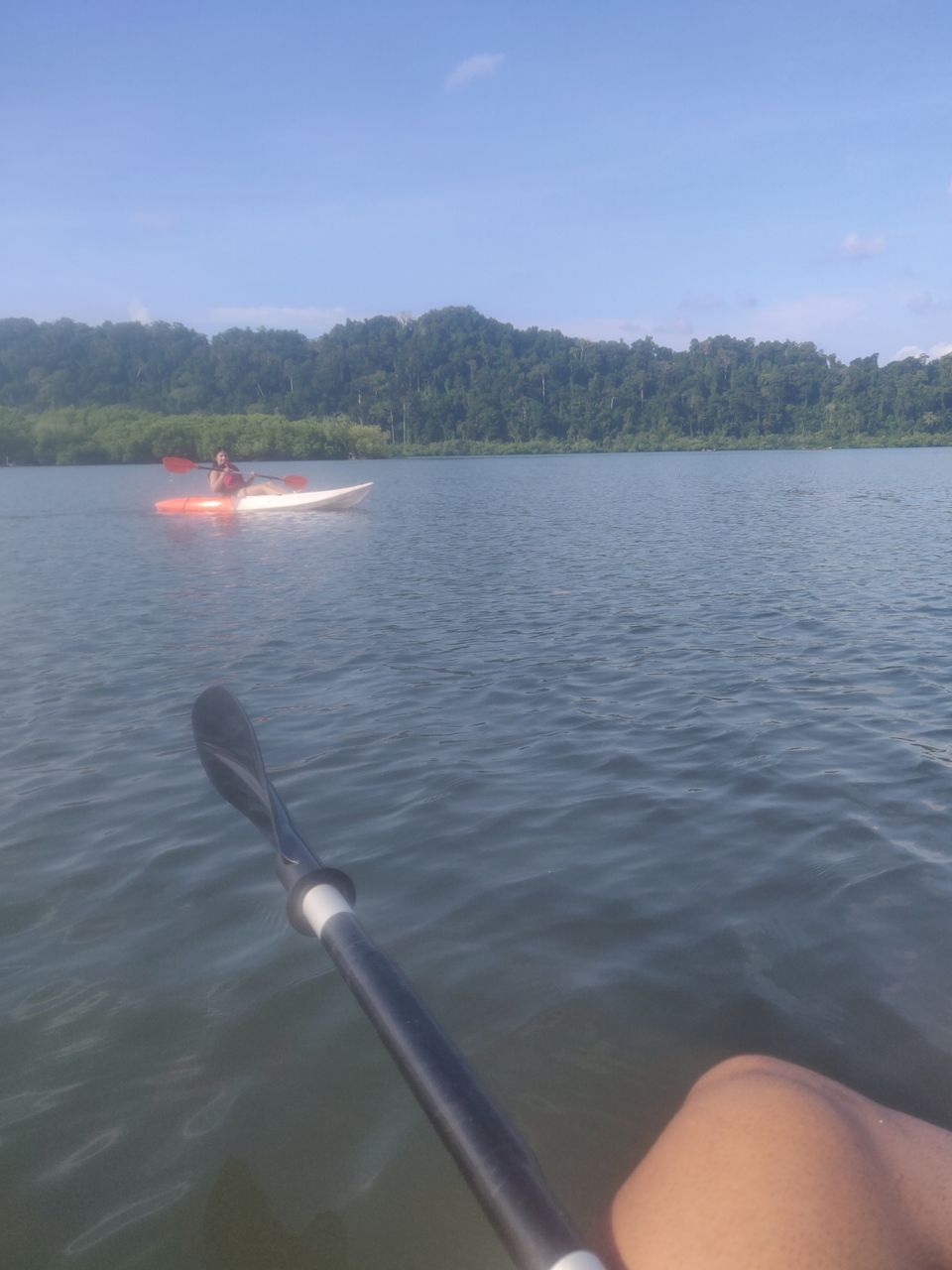