Just about every Bangalorean ever has visited Nandi hills - be it a road trip, with family or friends or solo and with strangers.

Sunrise at the peak? Check.

But today, I present to you another little facet of the Nandi Hills Trip - the Bhoga Nandeeshwara temple. 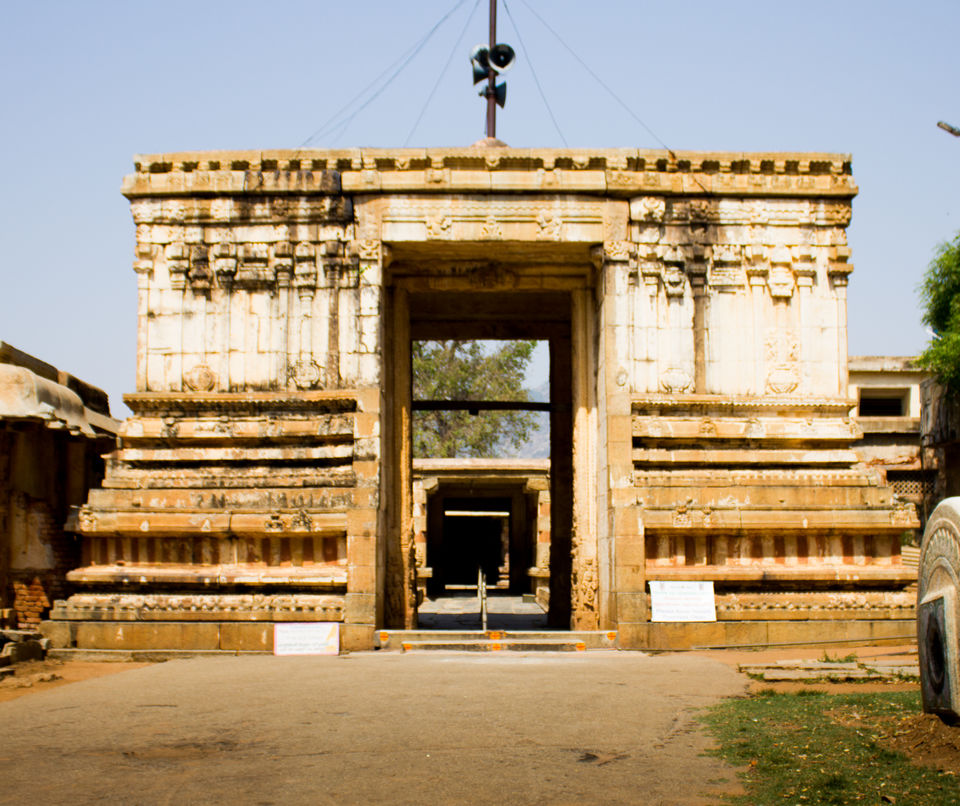 Situated at the foothills, in the Nandi village, stands a large Shiva temple complex, arguably one of the oldest in Karnataka. Built in the 9th century by the Nolamba dynasty, and augmented by the Rashtrakutas, Bana rulers, Ganga dynasty, Cholas, Hoysalas and the Vijayanagara Empire, it has been shaped by almost every powerful kingdom of the South. The result? A subliminally fascinating temple complex, replete with elegant statues carved in stone.

Whether you're a tourist with religious inclinations or a traveller with a historic bent, this temple will keep you occupied for a good two hours. Entering the expansive but underwhelming lawns, you catch a glimpse of the chariot and stone chariot wheels beside the Navaratri mantapa, opposite a small dedication to the Nagas. It's only when you walk through the elaborately sculpted arch that one can grasp the subtle beauty. 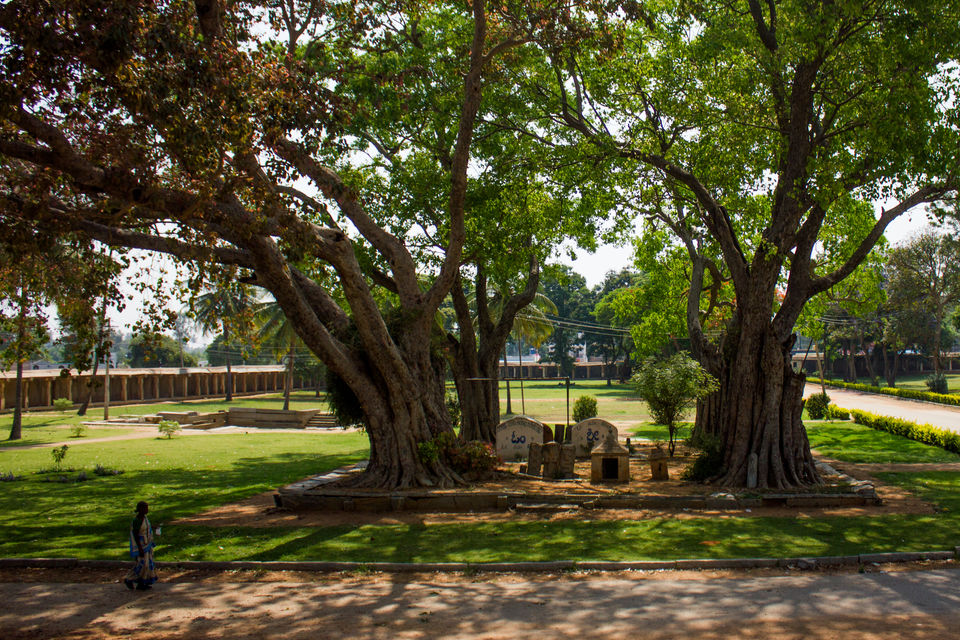 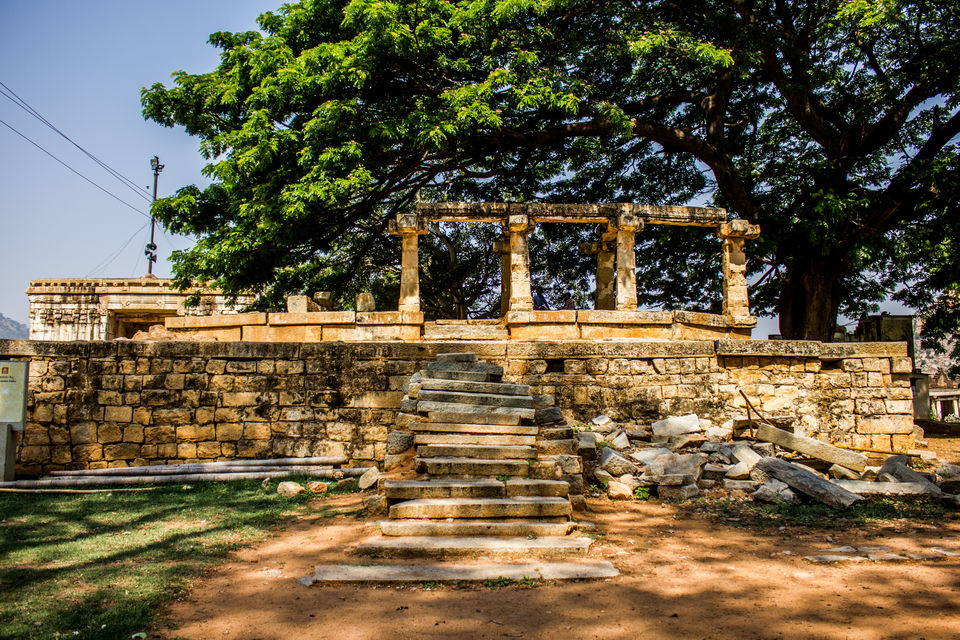 Of particular fancy to me were bas-reliefs of Chinese/Mongols, and a few foreigners, on the pillars. There also exist depictions of day to day life - a maiden churning butter, for example, on a south-west pillar - and the expected episodes from the inexhaustible Hindu myth. 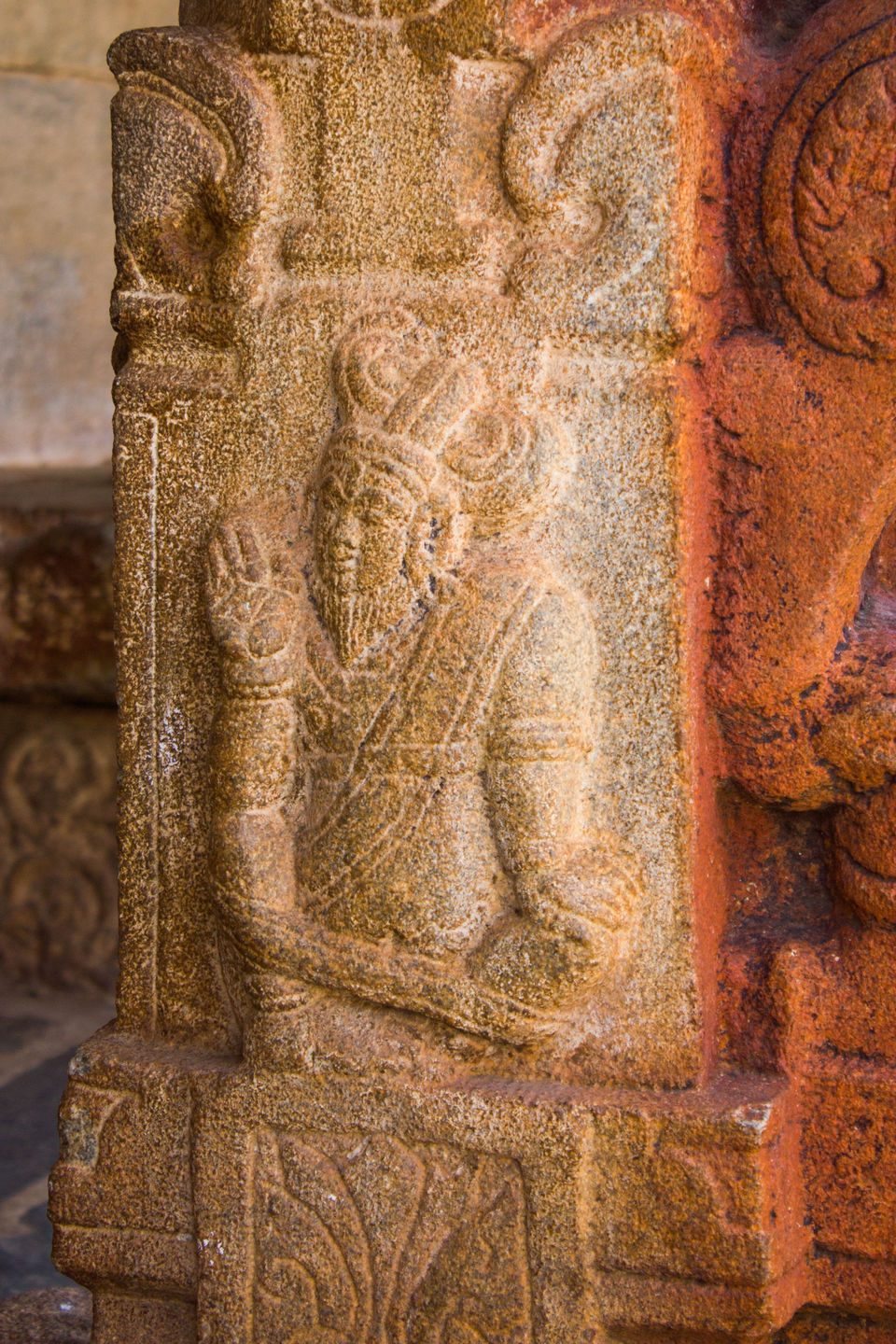 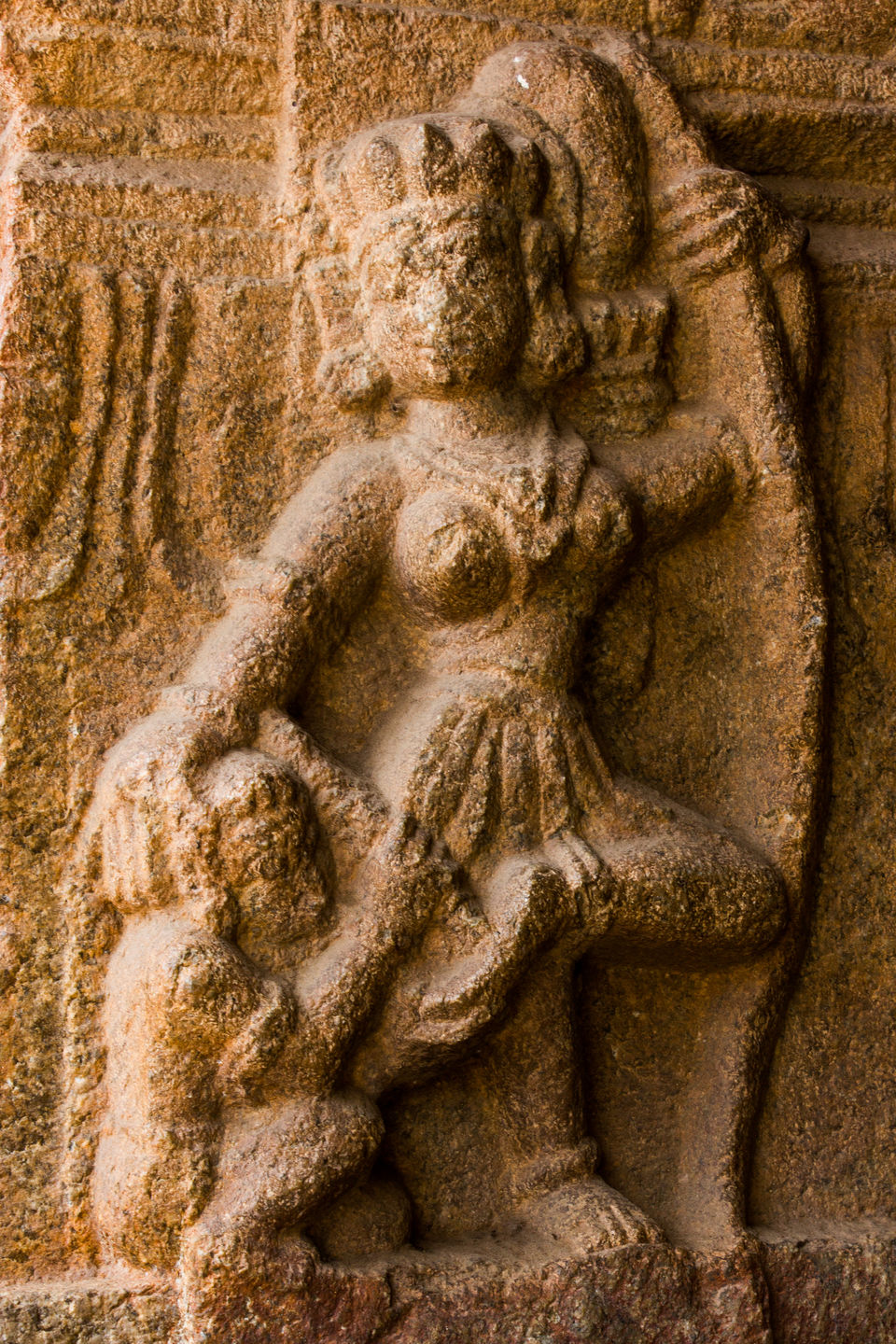 There are three sanctums set in a row, with the ones on the right and left guarded by Nandis. Each sanctum was built by a different ruler. The central Shiva mantapam is the most elaborate, with over 500 parakeets carved into the soft, black stone - the same as that of Belur and Halebeedu. 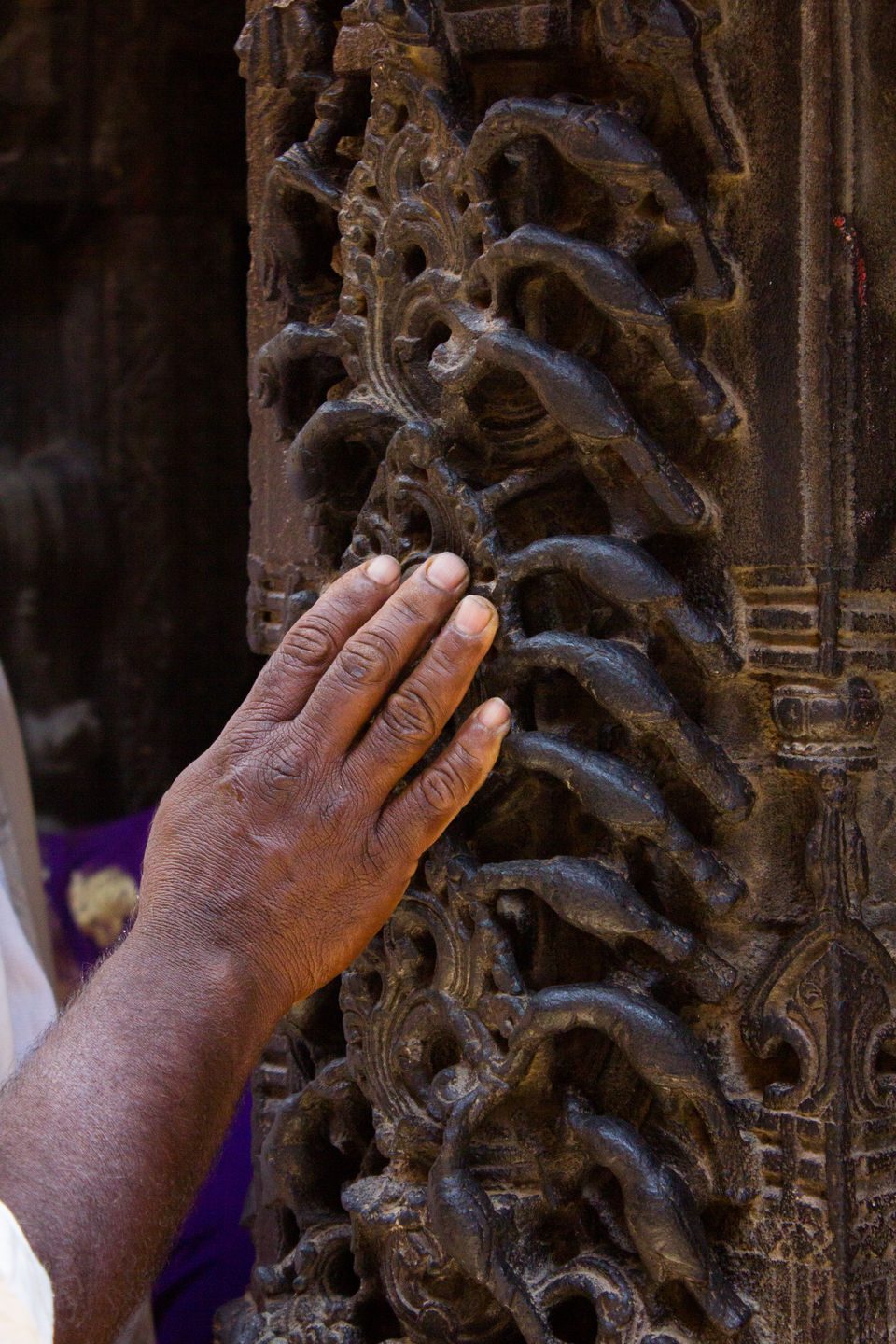 In the ground in front of the Nandi statues are carved games similar to ludo. Perhaps a relic of the sculptors? Behind the main Shiva temple, there are sanctums for Goddess Devi and Lord Ganesha. Travelling further into the temple complex are gopurams of about two storeys and a courtyard with a pillared platform - possibly for temple performances or festivities.

Finally, you'll reach the last part of this enormous campus - the temple kollam/thirtha. The large, stepped well is crowned by shadowed arches, where one can rest before returning to the entrance. 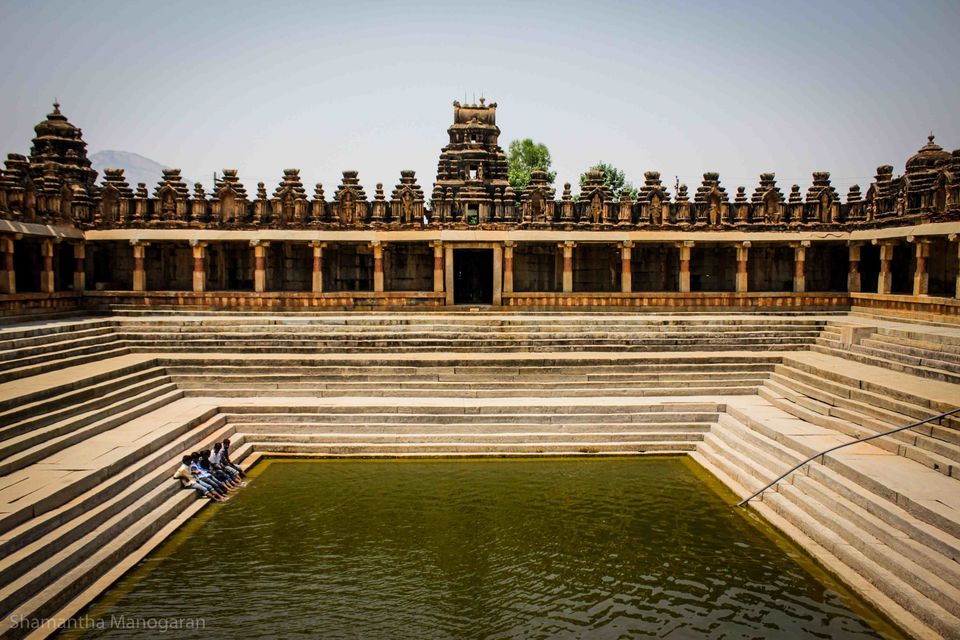 If you're lucky, the temple offers free prasadam at noon, in the company of sparrows.

Travelling to the temple can be by any form of personal transport. If you wish to use public transport, one can catch a bus from platform 11 or 13 leaving to Nandi Hills every 15-30 minutes, from 7.30 a.m. Get down at Nandi Cross and take a share auto to the temple (approx. 7 minutes away). Return by auto to Nandi Cross, where you can await the bus back to Bangalore while sipping some cool Badam milk from the Nandini booth. Alternatively, you can take the bus to the peak of Nandi hills and return to the temple on your way back. Try to visit during the Shivratri festival, when the temple is at it's finest.