Bundi Travel GuideBundi TripsBundi : The Work Of Goblins Rather Than Of Men

Bundi : The Work Of Goblins Rather Than Of Men 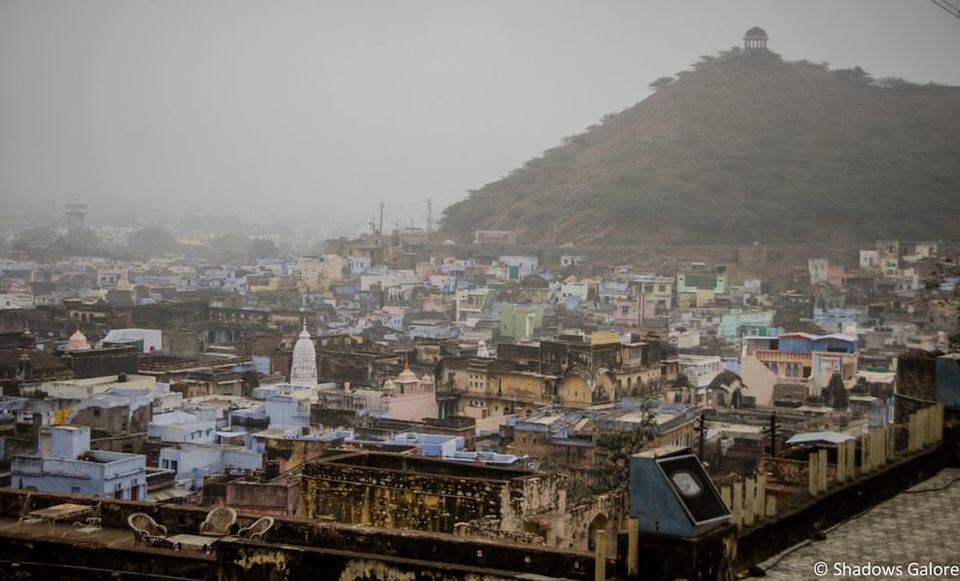 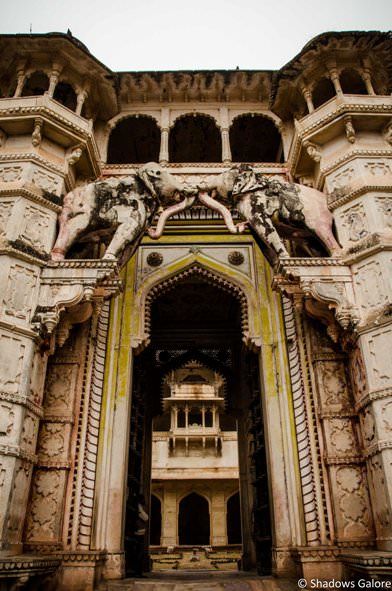 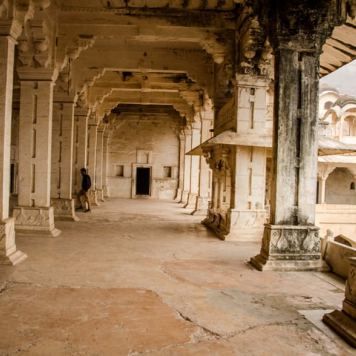 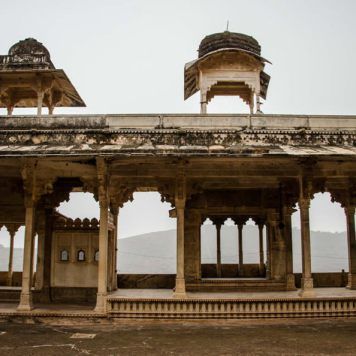 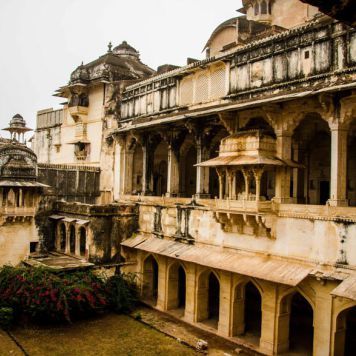 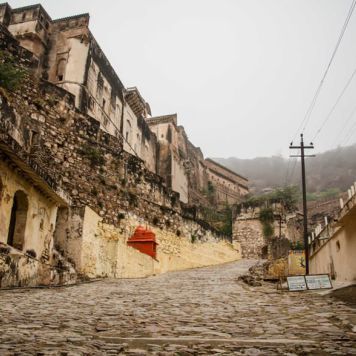 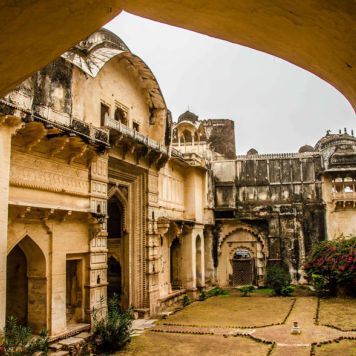 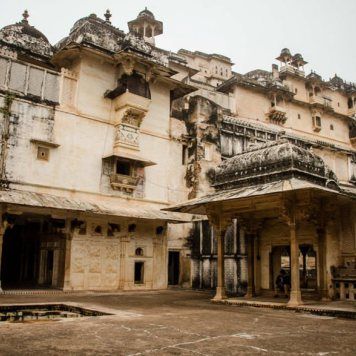 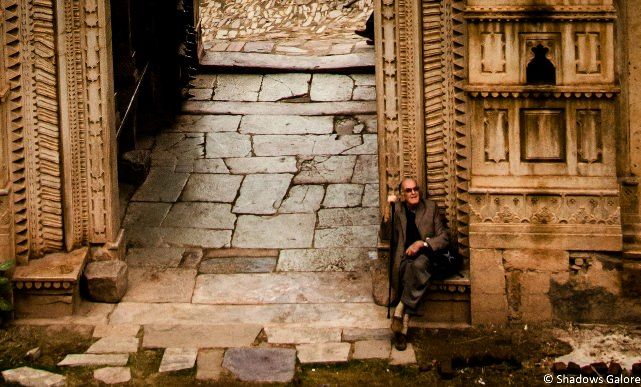 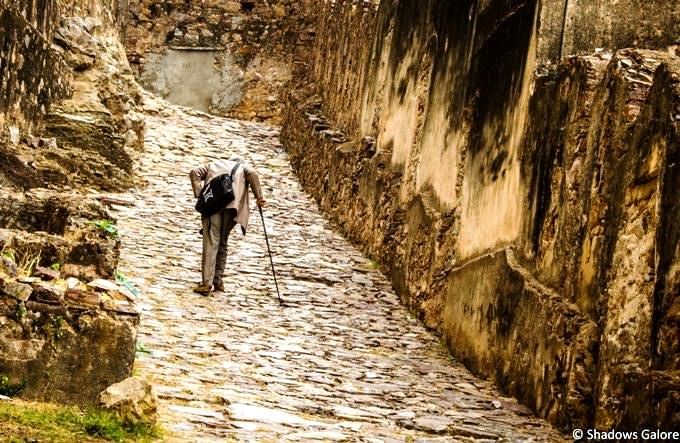 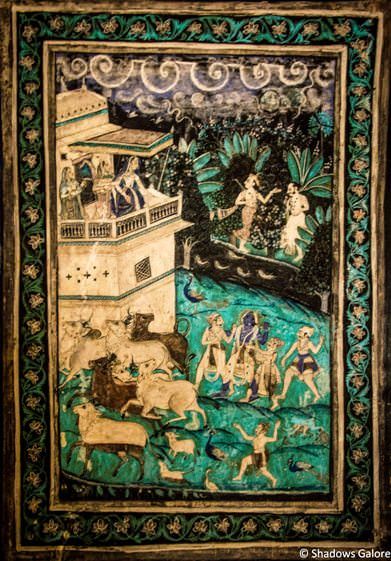 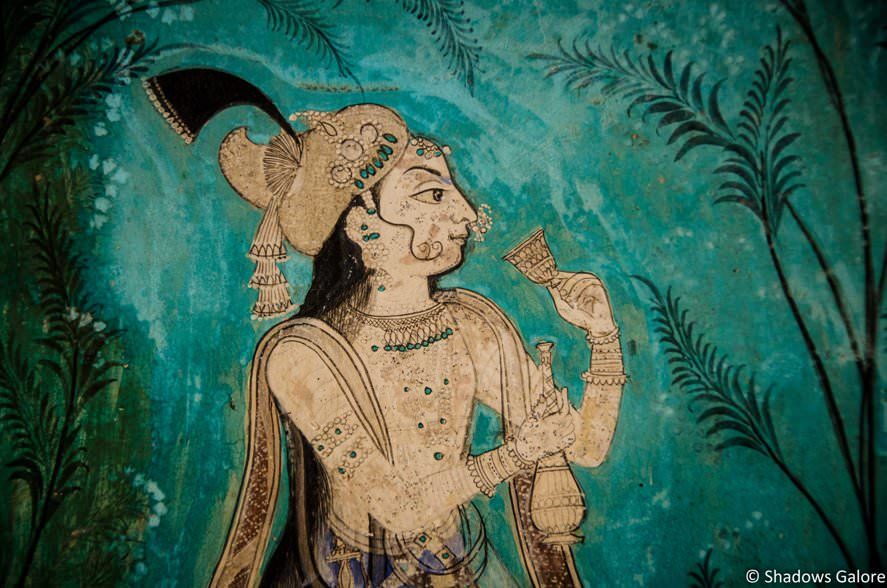 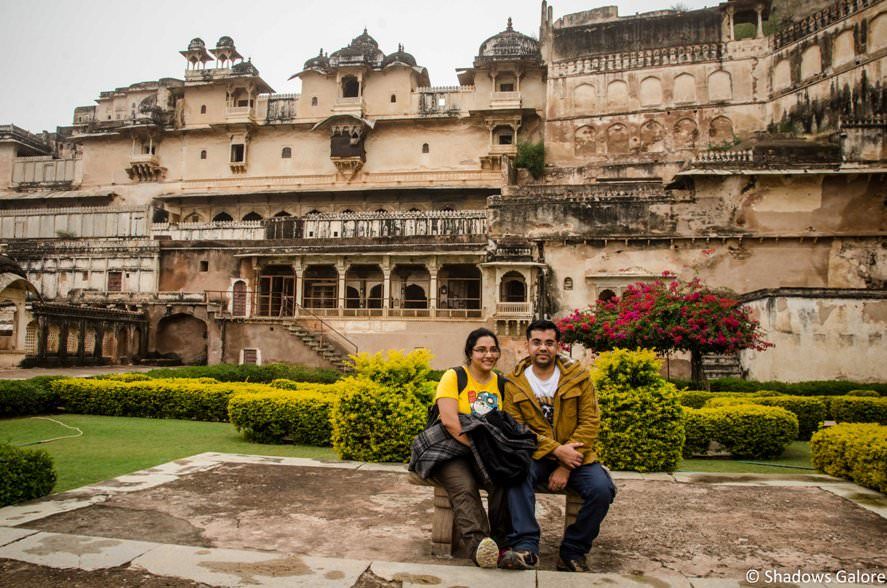 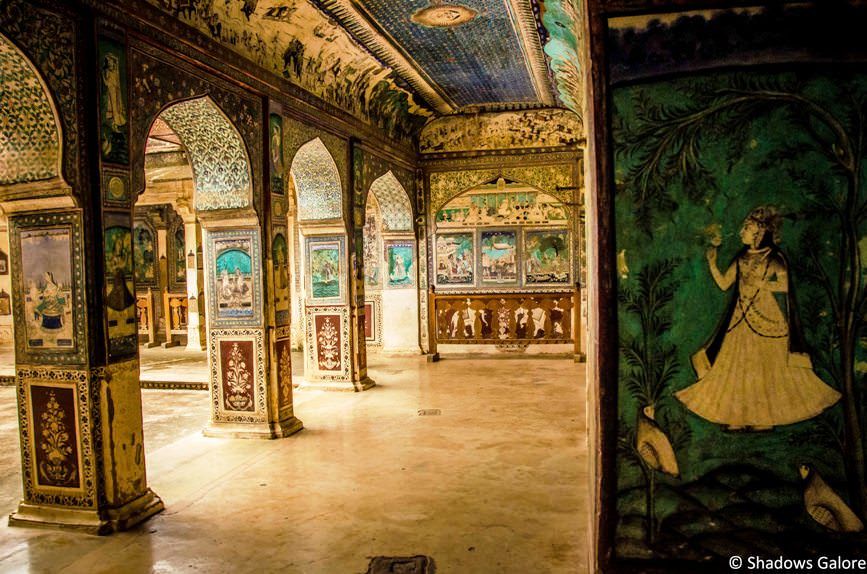 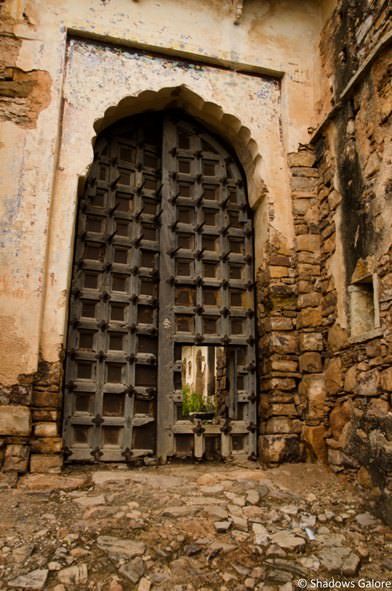 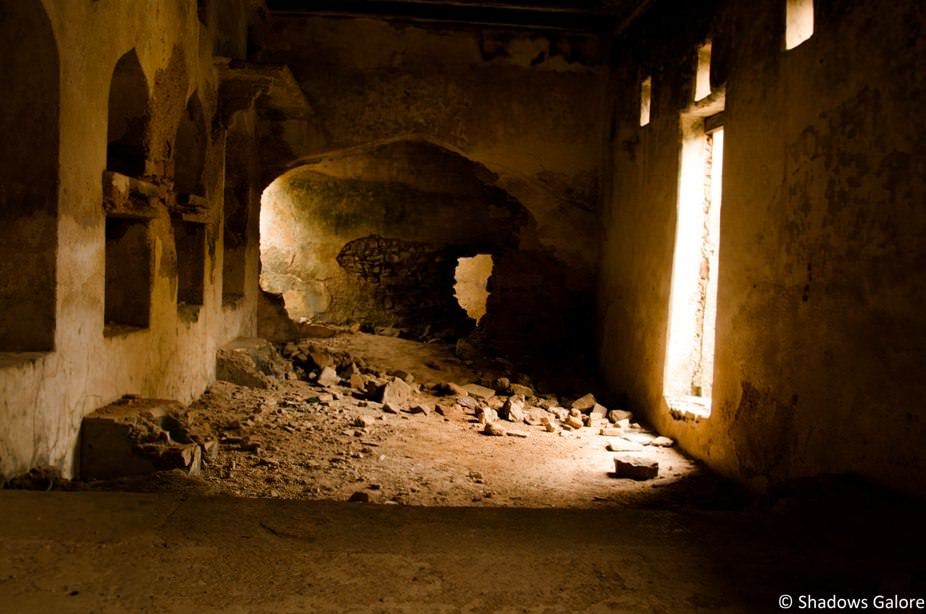 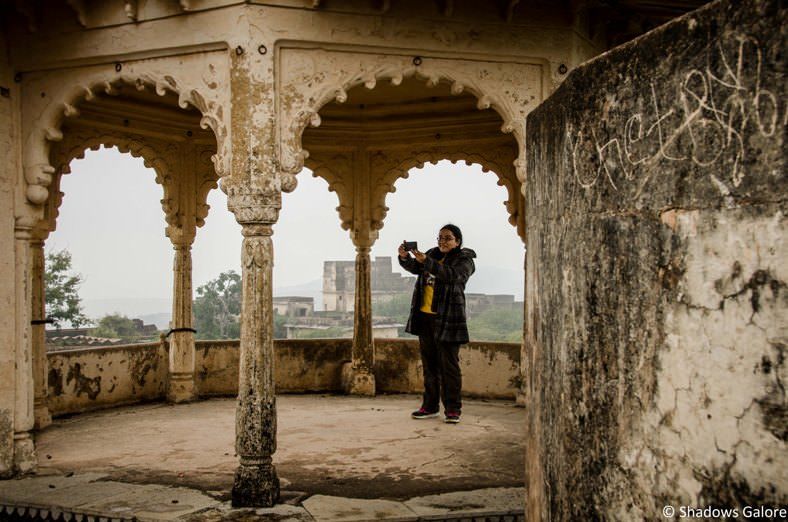 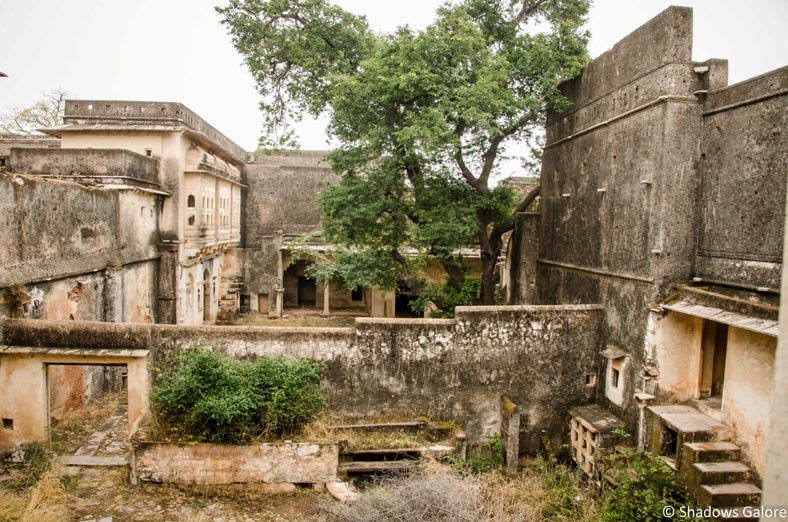 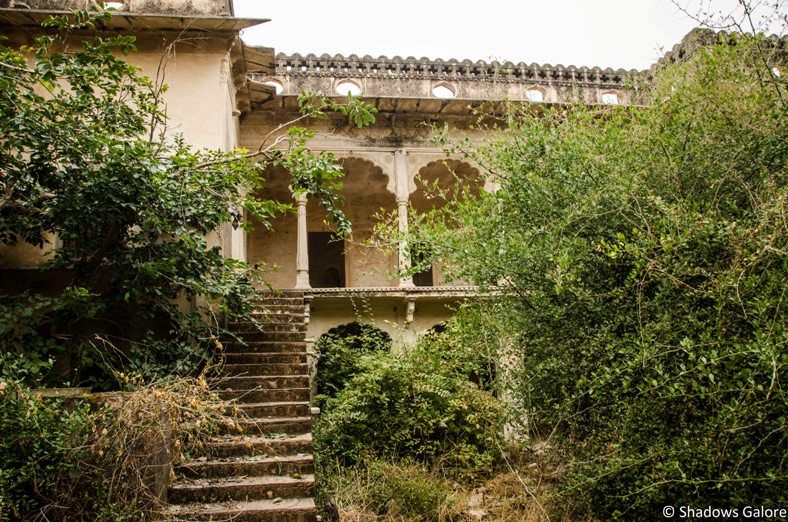 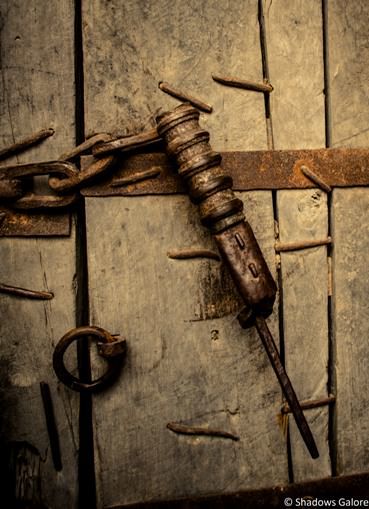 A bastion of the Hada Rajputs since the sack of Kannauj, Bundi is a sleepy little town in the Hadoti region of Rajasthan. The town derives its name from “Bunda-Ka-Nal”, simply meaning narrow ways; and for no small reasons. Narrow alleys flanked by tumbling down havelis and blue houses of Brahmins dot the landscape of this town. Though it does not attract swarms of tourists like Udaipur or Jaipur, Bundi has its own little charms.

It was a foggy morning that marked our Bundi adventure, with biting cold that eased up only by later afternoon. As we were having our breakfast at the rooftop restaurant of Shivam Guesthouse, the mist gave way a bit and the tall ramparts of the Bundi Palace started showing up. Described by Kipling as “the work of goblins rather than of men”, the steep walls of this majestic palace seem to grow straight out of the rocky cliffs. This was going to be our first destination of the day.

The work of goblins rather than of men:

Bundi palace was at a walking distance from the guest house and we strolled past narrow lanes and old havelis, in various states of disrepair, to its gate. The palace grounds are managed privately and the proceedings of the ticket sale seem to go to a trust which manages the monument. From the gate, it was a steep climb to the Haathi Pol (Elephant Gate).

The palace is both magnificent and sad, it is not difficult to imagine how it would have fascinated Kipling or James Todd more 100 years ago, the love that seems to have gone in building it would not have been eclipsed by the ravages of time, and apparent neglect then. It is exquisite, romantic but unlike the palaces of Udaipur and Jodhpur, has a very rundown look about it. As we walked through its corridors and peered through the balconies, the building looked hauntingly beautiful with a distinctly forlorn feel. Though some restoration work is going on to preserver the beautiful wall paintings, there is clearly a lot that still needs to be done.

Everyday inspirations, that we come across in life:
We came across this gentleman while visiting the Chattar Palace. Bent double with age, he must have been more than 70 years old. However the enthusiasm with which he was on travelling, his inner strength and defiance to age would leave a lasting impression on anyone who met him. When I am as old as him, if I remain even half as strong as he was, I will consider myself very fortunate.

A part of the palace, yet separate from it is the Rang Shala (Art Gallery). To reach it, one has to come out of the Haathi Pol, go down a bit and then take another steep climb to the left. The Art Gallery, in complete contrast to the palace, is much better maintained. The gate opens up to a grand courtyard with a beautiful garden. It has a pavilion which gives a beautiful view of the city and lake below. The art gallery is basically a room full of beautiful miniature paintings, depicting scenes from the story of Lord Krishna, life of the royals, dancers, queens, warriors. Most of the paintings are in very good shapes and seem well preserved.

For centuries, Bundi remained an important school of the Rajasthani style of miniature paintings. The earliest examples from the 17th century depict various aspects of the lives of the common populace, however the gradual influence of the Mughals influenced the richness and texture, characterized by a fondness for lush vegetation, dramatic scenes and vividness of scenes.

The next destination was the Taragarh fort. Though we had been advised against going there by the gentleman at the ticket counter owing to the difficult terrain, we decided to go for it. Fortunately we were joined by a French couple so we felt more confident about the plan. The tickets to the fort are sold at the gate of the Rang Shaala, and surprisingly even Indians have to buy the “Foreign Tourist” tickets priced at Rs 100 !

As cautioned, the hike to Taragarh Fort was a steep one. Even though the surroundings were still very cold, we were soon drenched in sweat  as we huffed and puffed along the mountain trail to the top. The place was nearly deserted and apart from our French companions, we rarely had another human for company till we reached the top. After about 30 minutes, we reached the majestic gate of the fort.

Built in the 14th Century by the Chauhan Rajputs, the Taragarh Fort sits majestically on the top of a hill overlooking Bundi. This star shaped citadel, although in ruins now, still looks remarkable for its battlements, step wells and wall paintings and is a fine specimen of architeture. Unfortunately, unlike many other more famous forts of Rajasthan, Taragarh seems to have been totally neglected, destined to be lose out to the ravages of the time. Much of the fort has been reclaimed by the forest and what remains has borne the brunt of senseless vandalism. This beautiful but Godforsaken place made us very sad.

There is a small palace named Dudha Mahal inside the fort which has beautiful frescos. Much of the wall art has been destroyed by unruly visitors; however there was restoration work going on to preserve whatever remains of this heritage. The roof top of the palace gives a beautiful view of the fort, the waterbodies around and the distant Bundi town.

One of the probably reasons why the fort is in such a bad shape is because it still seems to be under the control of the erstwhile Royal family of Bundi and unlike their counterparts in Jaipur and Udaipur, they seem to lack either the funds or the will power to maintain this monument. However its destruction will be a great loss to the heritage of India. The Goblins will be certainly very unhappy !

A large part of the palace was so covered by overgrowth that it was not possible to get in. Walls were coming down and many areas were downright filthy. It has such an eerie feel that after sometimes we decided to call it quits and came out in the open. There is a huge step-well adjacent to the Fort palace and even though there was a recent spell of rainfall, it was still only partially full. As soon as we left the step-well it was invaded by a bug group of moneys, we were lucky in our timing. So we walked around the place and then decided to start the descend.

By the time we reached the town it was almost afternoon. We still had enough time to squeeze in a quick lunch and stroll around the town.