Your Comprehensive Guide To The Golden Temple

Your Comprehensive Guide to the Golden Temple 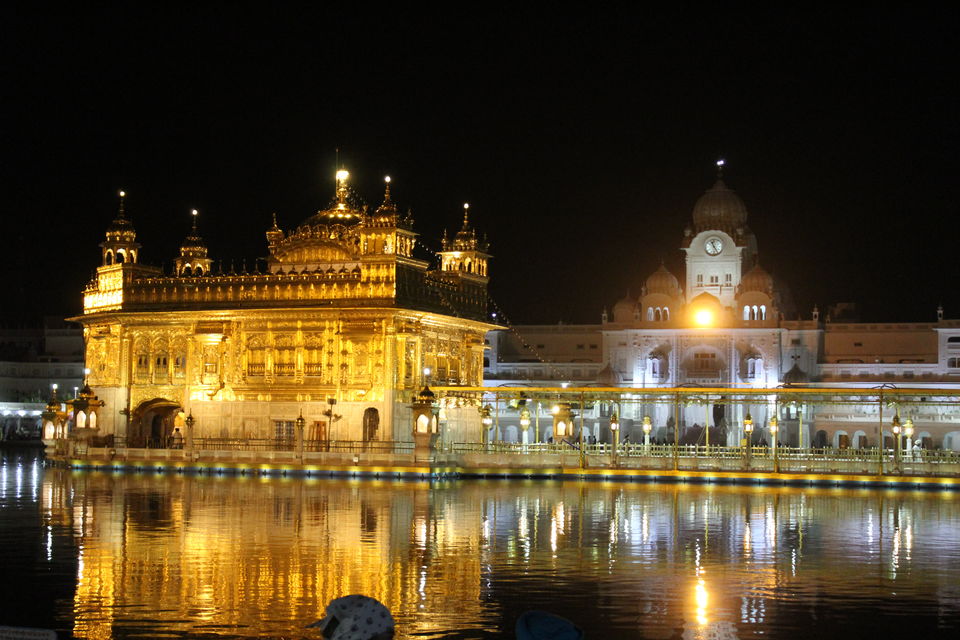 This is the sentiment which comes to mind when you visit the Golden Temple. This pious place draws millions of people from around the world throughout the year. Here is what you should know before visiting this place:

The temple was initially built without any gold coating. During the reign of Maharaja Ranjit Singh, the valiant ruler of Punjab who undertook the full renovation and made into what it is today.

In the year 1984 Operation Blue Star vandalized the Akal Takht. The Akal Takht was later rebuilt without any support from the Central government.

The temple has four gates denoting that people from all sides and directions are welcome inside.

A 24 hour free food service called the langar continues throughout the day. People irrespective of their caste, creed or religion sit together on the floor and have food. You too can contribute for the langar by doing sewa.

The temple is commonly referred to as the Harmandir Sahib in Punjabi which literally translates as the 'abode of God'.

Structurally, the temple is located on a level below the ground level as it signifies that one must be humble and go down to reach the temple of God.

The Galiara project is a project undertaken by the Punjab Government in order to beautify the surrounding areas of the Golden Temple.

The Heritage project has transformed the 1 km stretch from the Golden Temple to Bharawan da dhaba. Bright lampposts, stone statues and fountains now from the backdrop of buildings reminiscent of Mughal and Rajputana architecture. Shops and signboards have been renovated to give a uniform look. A huge statue of Maharaja Ranjit Singh adorns the Chowk area.

Do check out the a flame-shaped marble installation christened ‘Smriti’ outside the Jallianwala Bagh.

The morning ceremony which is referred to as 'Prakash' when the Guru Granth Sahib is ceremoniously taken from the Akal Takht Sahib to the sanctum sanctorum. This ceremony takes place at 4am.

Do visit the first floor and the terrace. The first floor houses the hand written Guru Granth Sahib. The terrace offers breathtaking views of the entire complex.

At night the sukh aasan ceremony is another moving event, which should not be missed. This ceremony takes place at 10 pm.

The idea behind this ceremony is lies with the Sikh beliefs. Guru Gobind Singh ji the last Guru of Sikhs said that the holy books of the Sikhs should be treated as a living Guru after him. All the teachings and values of Sikhism are derived from the same.

Prakash refers to the ceremony conducted at dawn when the Guru Granth Sahib is seated on a raised stage as the focal point in a congregation or Gurdwara.

Sukh Aasan when used in connection with the Guru Granth Sahib, this is the name for the protocol normally used by Sikhs at the end of the day to "retire" the Sikh holy Scriptures. Every night the sanctum sanctorum is cleaned with milk.

Dress conservatively inside a gurudwara, cover your head and remove your shoes outside the temple. There are Sevadaars inside the temple who might scold you if you don't follow any of the instructions.

Do not carry or consume alcohol, drugs, meat or cigarettes while in or around the shrine.

While taking the parikarma you'll come across these places: 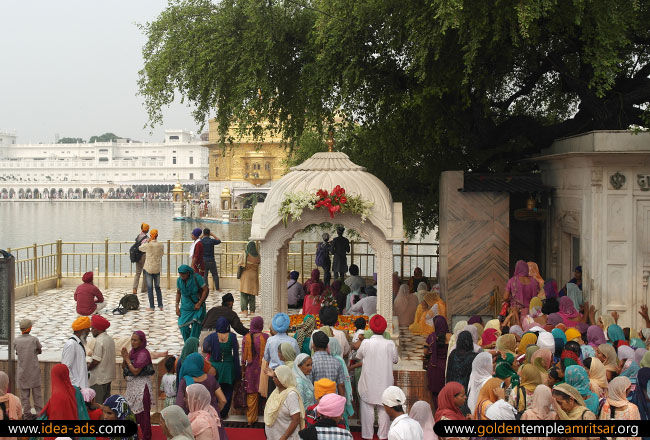 While moving around the outer parikarma of Harmandir Sahib, around the holy pool of water, next to Dukh Bhanjani Beri is the place known as Ath Sath Tirath,the place is blessed with the benefit of holy bathing of sixty-eight holy rivers. signifies that any one taking a dip here with devotion will have benefit of visit to 68 holy places. 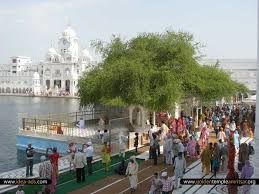 As the legend goes, Bibi Ranjani was married to a later. It was at this place that her husband was miraculously cured. Today, thousands of devotees take a dip at this spot in order to relieve their pains and afflictions.

Akal Takhat literal translation is the Throne of the Immortal and is the highest political institution of the Sikhs. The Akal Takhat is an impressive building that sits directly in front of the causeway leading to the Golden Temple. Right outside the Takht you can witness the Dhadhi Jatha's performance. Dhadi Jatha (Jatha means 'a team' or a group) is an ensemble or band of Dhadis which usually consists of three or four Dhadis: one Sarangi master/player, two dhadd players and one telling the story by a lecture.

Ramgarhia Bunga (Bunga means "mansion"), is a three-storeyed marvel of Sikh architecture located in the vicinity of Shri Darbar Sahib. This is the only surviving Bunga styled architecture building.

It was constructed to fortifying the area to protect the holy complex from outside invasion. 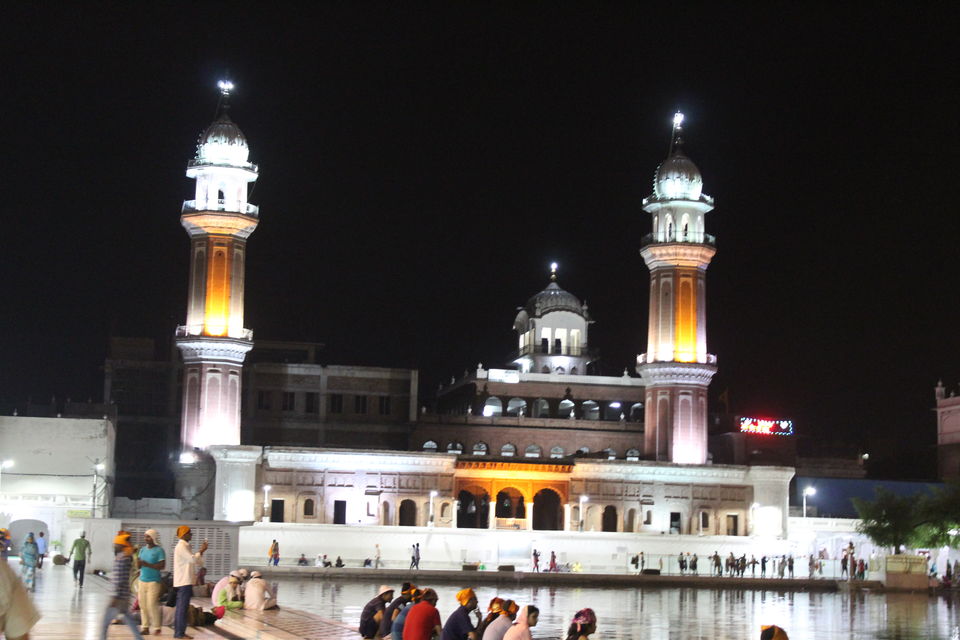 Accommodation: There are plenty hotels and Oyo rooms to choose from. But I recommend you to take a Sarai. Sarai's are accommodation by the Gurudwara Authorities. There are 7 Sarai's built either within the Golden Temple complex or just outside. The rooms are very comfortable and include A.C. facility and every other thing that you require. I would recommend the NRI Niwas for non-residents. When the rooms are vacant,they give them to resident Indians as well. And the Saragarhi Niwas. This one will surely change your perception about a Niwas. It is grander than a 5-Star hotel, with automatic doors, chandeliers and marble floors. You can book your rooms online for this Niwas or just walk in in case of immediate plans.