Travelling in Mexico is the best form of relaxation. Its laid-back beaches, tropical climate, nature reserves and a rustic environment make it the second most visited country in the Americas, after the United States. Along with some of the most beautiful panoramic landscapes, Mexico also boaasts of a rich historical heritage with the ruins of the  Mayas and the Aztecs. But, mostly it is the small coastal towns in Mexico that drive tourists towards the country. These small towns flaunt an attarctive coastline, provide the thrill of water sports and serve delicacies that will drive your pallate crazy!

My journey in Mexico beagn from Bucerias, a small coastal town in the state of Nayarit. Apart from its beaches, this small town is best known for two other things, food and art galleries. This place consists of some of the bst restaurants that serve mouth-watering Mexican delicacies. . Art Galleries are a common sighting here, you can find local and sometimes international art work being exhibited.

From one coastal town to another, my next stop was Barra De Navidad, another little town for travellers who want to get away from the hustle-bustle of tourisma nd enjoy the local culture of Mexico. The best way to enjoy this place to to take a swim in its blue lagoons. Barra de Navidad is situated on a long peninsula that forms a natural breakwater. As you get close to the Grand Bay Hotel across the water, you can see the channel formed by the water as it travels behind the peninsula. On the side facing the ocean, the shoreline is pretty steep, causing some fairly large waves, and makes this area a good spot for surfers.It also creates a strong undertow, according to one local, who doesn’t recommend swimming on this side, as it can be quite dangerous. If you want to swim, she advises, it’s better to swim on the lagoon side where the waves are much smaller.

If you are up for some more sea adventure, drive on to Sayulita. Sayulita is situated in downtown Puerto Vallarta and is famous for its surfing scene. It lies on the road less travelled, but as enthusistic surfers discovered the potential of its waves, they have been flocking here making this small town grow at a fast pace.Whether you are a beginner or a longboard rider, this town is your paradise. You can try snorkeling too, but it is challenging because of its relentless waves. Fishing tours are popular here too. If you aren't confident of your surfing skills, there are various schools that provide tutorials at reasonable rates.

Rincon De Guayabitos is for the budget-concious traveller or the lazy one. It has long beaches that a perfect for a romantic walk or just lying down and sipping on some coconut water. It provides some tastey local, grilled fish along with fresh homemade salsas and guacamole, tortilla soup, fish and shrimp tacos, jumbo garlic shrimp, spicy chiles rellenos, coconut shrimp with mango salsa and sizzling fajitas served in lava bowls just to name a few.

I decided to float away from the beaches, for a change and ended up in the beautiful, remote village of El Turinfo. Many years ago it was a mining town but all of that was shut down in the 1920′s, if my information is correct.Now, the town is a shell of its former self with a population of 367 people. When you drive around the place you’ll find it’s quite beautiful, with lovely old buildings, brickword and cobblestone streets.The old smokestack from the mine is one of ever present reminders of the town’s history and if you go to the old mining site you’ll find a lot of old, rusting equipment scattered about. The entrances to the base of the smokestack have been sealed and the stack looks like a large, lonely sentinel on the landscape. The El Triunfo Cafe’ is must see if you come here. Among other things, the make great coffee’s and latte’s, wonderful cinnamon buns, and if you’re really hungry, I recommend the pizza.

Zacatecas is off the beaten track, so not many foreigners come here, except for special events. One thing that Zacatecas is famous for is its silver mines. At the height of New Spain, Zacatecas produced 20% of the silver that was shipped back to Spain, creating several wealthy silver barons in the area. I had the opportunity to visit a silver mine, “La Mina El Eden,” (The Eden Mine). Apart from the mining history, this city provides a nice cultural experience and stand out because of its peculiar architecture. The adventure begins as soon as you take the small train into the mining area and from then on its a worthwhile ride.

One of the highlights of my Mexico trip is my visit to Centro Historico, the central historical area of Guadalajara. The second largets city in the world, Guadalajara is filled with magnificent cathedrals, plazas and historic centers. The town's architecture dates back to the colonial period and displays some beautiful fresco paintings and murals. This is a perfect place to taste some history and art of Mexico.

My last stop was the Cozumel Island, considered to be the Jewel Of Mexico. Cozumel is a favorite location of thousands of experienced cruise enthusiasts, with many people opting to return again and again to revel in its natural and cultural delights. The island is located in the Caribbean Sea just a short distance away from mainland Mexico, and it is a hotspot of activity.The island is also famous for its historic relevance. The island of Cozumel was an important location to the Mayan civilization, and there are lots of fascinating historic sites dating back to 300 A.D. San Gervacio is the largest site on the island, and it’s fascinating. Having been inhabited until the time of the Spanish conquest, the site was the focal point of island life and a religious shrine devoted to the fertility goddess Ixchel, and was the destination of many Mayan pilgrimages. El Catedral is another fantastic historic site on the island as it was once the largest settlement on Cozumel. El Catedral was torn down by the Spaniards when they arrived on the island, and although the ruins are not as large as the ones at San Gervacio, they are the oldest ruins on the island, making for fascinating viewing.

Mexico occupies a special place in my heart and it always will. It changed my life in so many ways, and for the better. In one week my entire life changed and even now, it’s difficult for me to tell you what took place inside of me. It’s not enough to say I fell in love with the place. Nor is it enough to say that I loved the weather. The most fundamental change I felt, more than anything else, was the heart connection that the people have with the land. For the first time in my life, I felt at home, despite the fact I was in a strange culture and didn’t know the language.

Bucerias is a perfect place to sit down and enjoy the calm waves and the warm sun. It is a good place to relax, eat the local cuisine and visit some nice art galleries. The Jan Marie Boutique Gallery displays some of the finest art and crafts along with the Splurge Gallery that displays works of local artists. It is also nice for shopping for local fabrics and handicrafts and a bubbling nightlife. The Farmer's Market is the best place to taste some exotic delicacies along with some of the best street-side Tacos 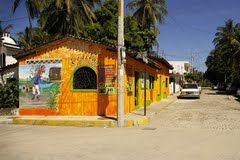 Barra de Navidad is situated on a long peninsula that forms a natural breakwater. On the side facing the ocean, the shoreline is pretty steep, causing some fairly large waves, and makes this area a good spot for surfers. Youhave to take the lagoon cruise here. The beginning of a tour into the lagoon is at around 7:00am. If you go on this tour, it costs about 200 pesos. Make sure you bring a warm jacket because it gets quite cold on the water (I wore my heavy fleece jacket – I really needed it that morning. 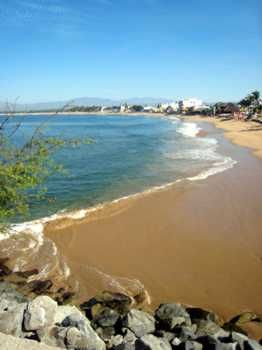 No other place is better for surfing than Sayulita. The popularity of this town is growing steadily due to the surfing scene. There are other water sports to be enjoyed, along with a relaxed fishing tour. There are schools here that provide surfing lessons for beginners at reasonable rates. 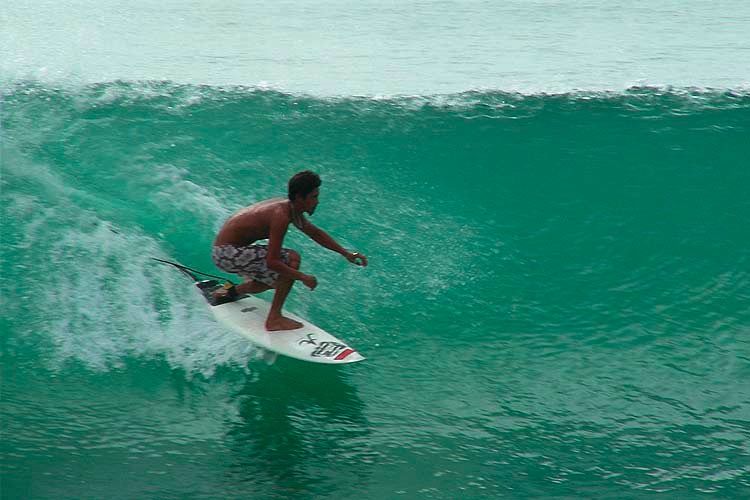 It has long beaches that a perfect for a romantic walk or just lying down and sipping on some coconut water. It provides some tastey local, grilled fish along with fresh homemade salsas and guacamole, tortilla soup, fish and shrimp tacos, jumbo garlic shrimp, spicy chiles rellenos, coconut shrimp with mango salsa and sizzling fajitas served in lava bowls just to name a few. 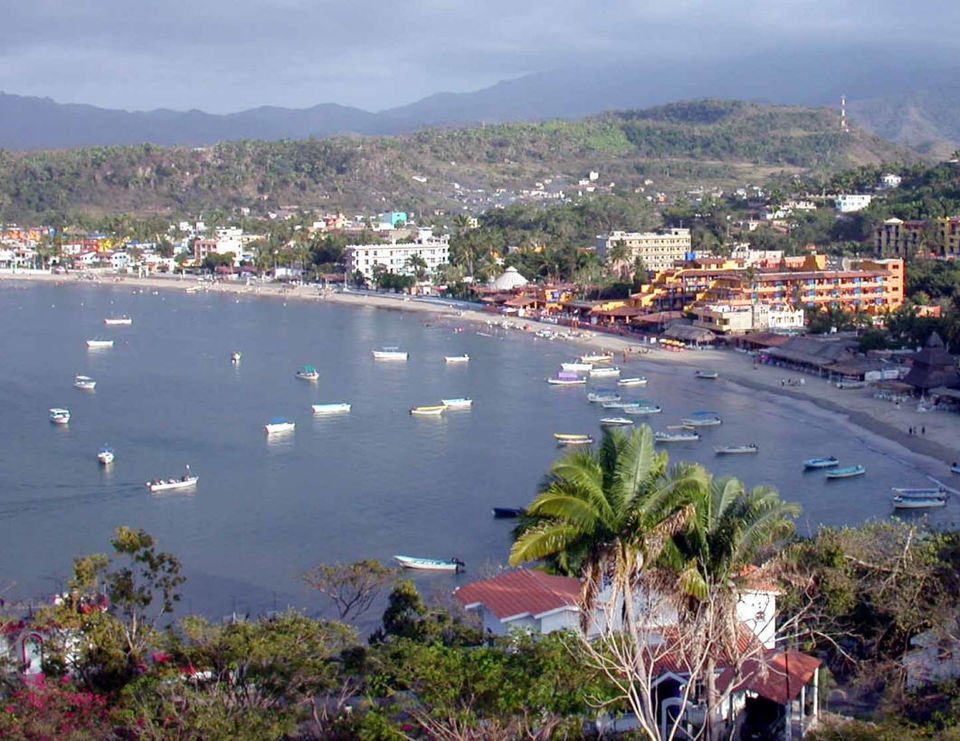 Along with the beautiful architecture and the mines, this small town is also a spectacle of wildlife and biodiversity. It houses a natural reserve that is a part of the UNESCO's Man and Biodiversity program. This town is a sample to preserve the cultural heritage and bio diversity. Come closer to nature in this remote town. 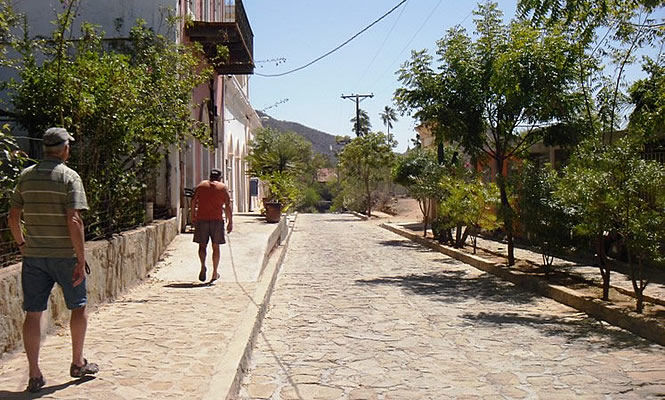 It is an exceptional place to visit because of its extraordinary characteristics and it has been voted as one of the most interesting cities in the world. It is a 'must see' for those who are interested in the history of the mining industry that forms the central part of this place. A small train takes you in the mines and is quite an adventure. There is also a small educational center inside that displays mining equipment and provides information about the process. 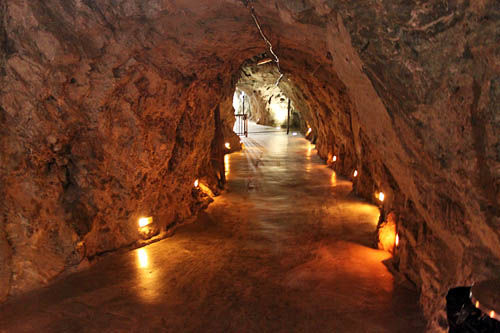 A perfect place to get a taste of the art, history and culture. The architecture of this place dates back to the colonial period and displays exquisite frescoes and murals on majestic Cathedrals and Plazas. It has a very old Mexico feel to it and is quite an amazing walk around the city. The beautiful fountains and monuments light up at night to add to the charm of the place. 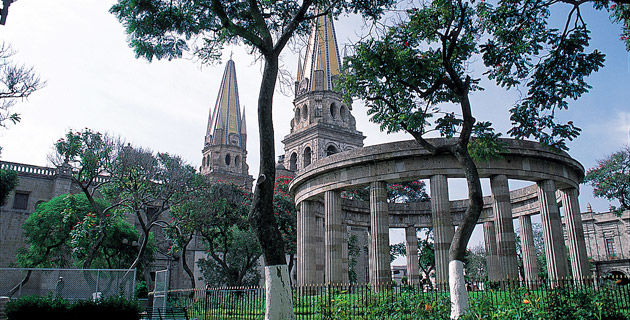 Anyone looking for a relaxing Caribbean cruise holiday should consider a cultural Cozumel cruise as it offers a real taste of Mexican life in a beautiful setting, with everything you could possibly wish for located on the small island. There are plenty of on-island tours to take advantage of, but the island is also small and safe enough for people to plan their own excursions and head off on a solo adventure. Deep Sea diving is a loved activity here. The historic sites and Mayan ruins are another reason to visit this island. 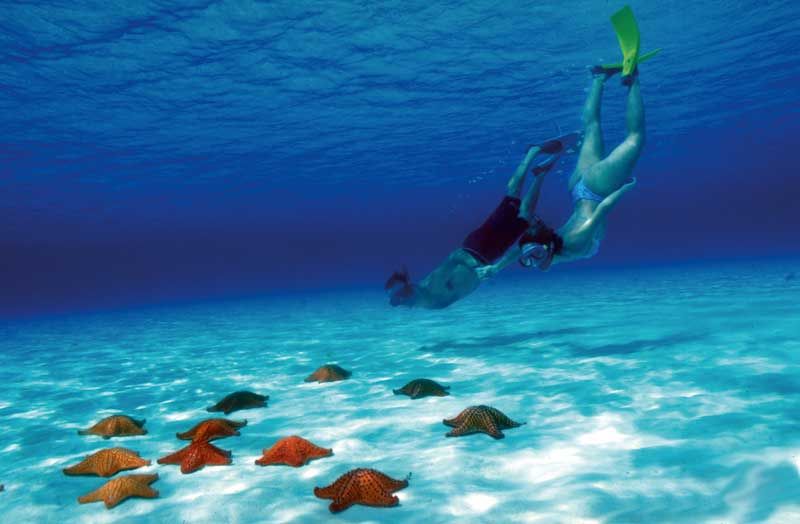 San Gervacio was not only an important religious site, but a key commercial location for the Mayan people, and a look around the impressive ruins will reveal some interesting clues to ancient life on the island. There is plenty to see and do at this site, and when you have finished looking around the ruins, you can take a break and grab a bite to eat in the restaurant or buy some souvenirs from the book or craft stores. 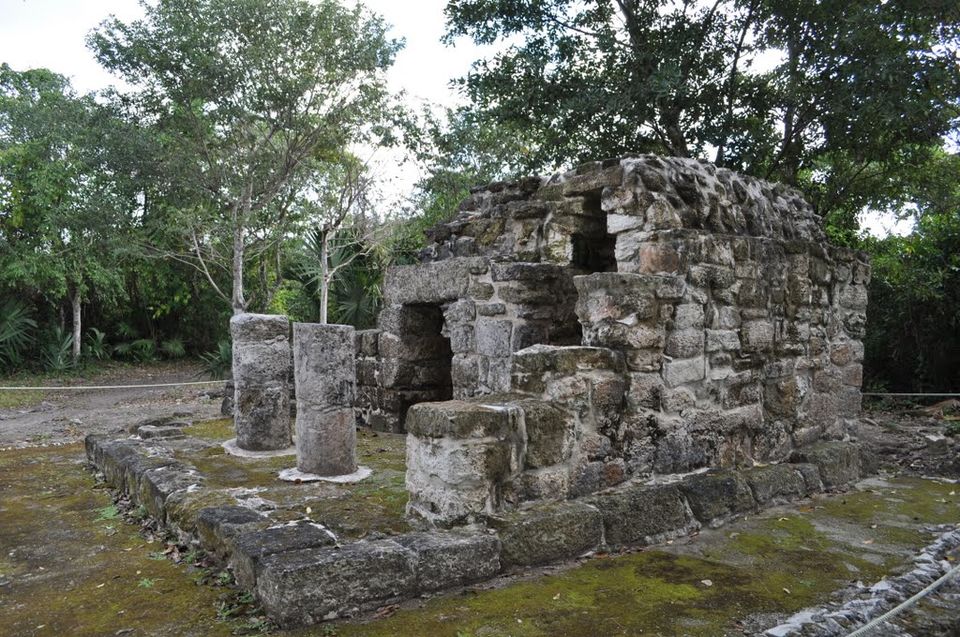