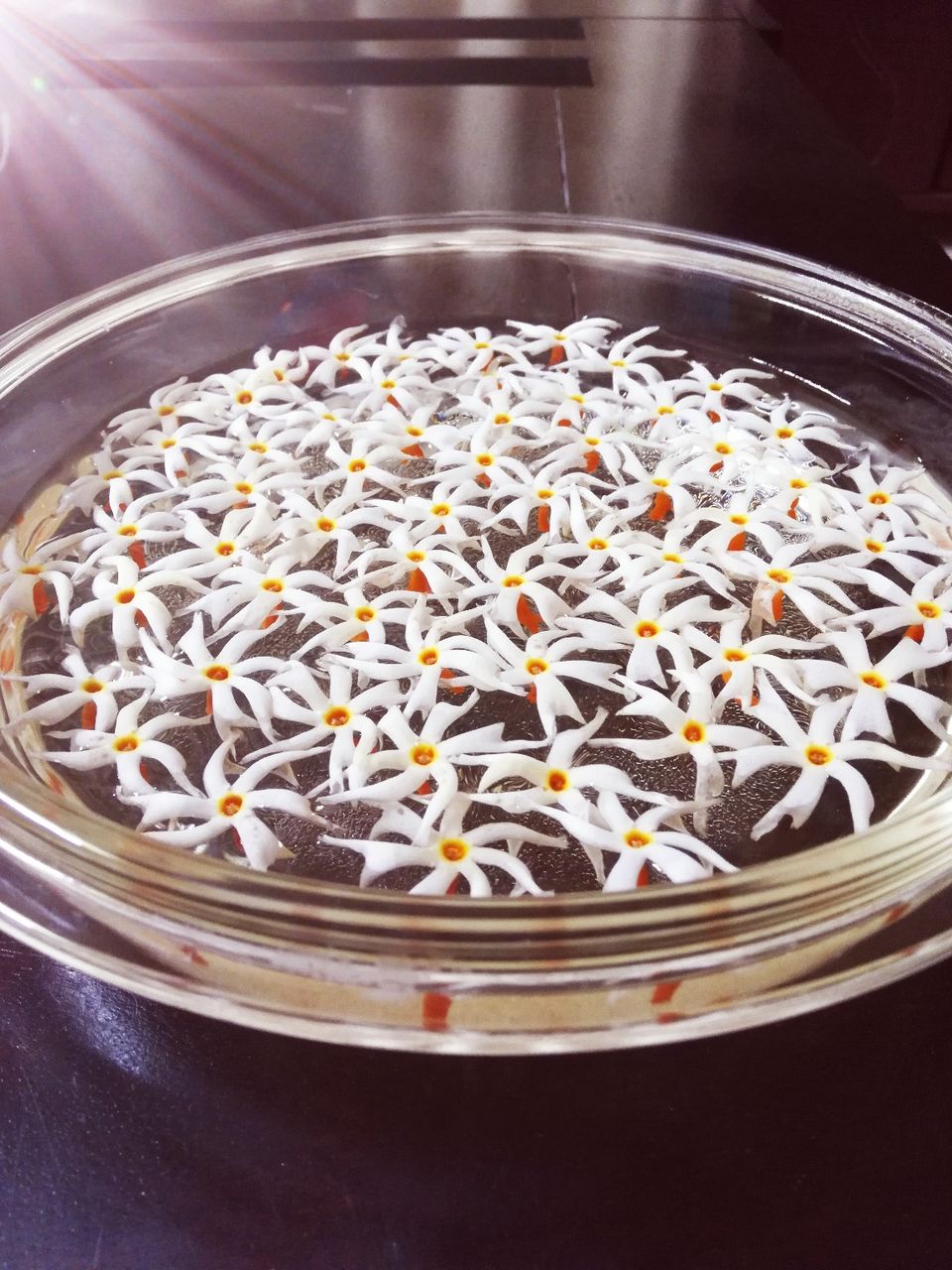 The Parijat flower, also spelled “Paarijat” and “Paarijaata” is of a beautiful and mysterious plant whose flowers fall on the ground after blooming.  The flowers bloom at night and drop down from the branches at the first rays of light. Parijat flower is known as Night-flowering Jasmine and Coral Jasmine worldwide.
In a usual year, the flowering begins in August and more or less coincides with the petering off of the rains. With the gradual onset of autumn, the tree becomes heavy with blooms and by around mid-December, when the coldest season of the year sets in, the flowers stop appearing. 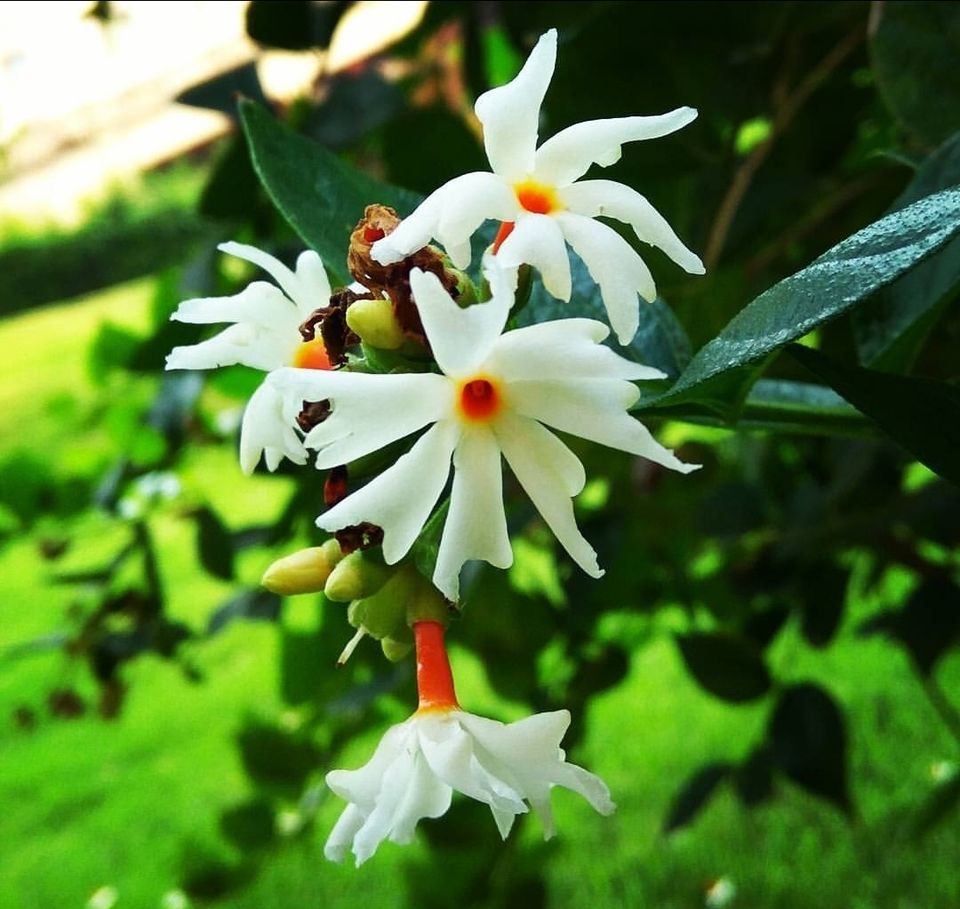 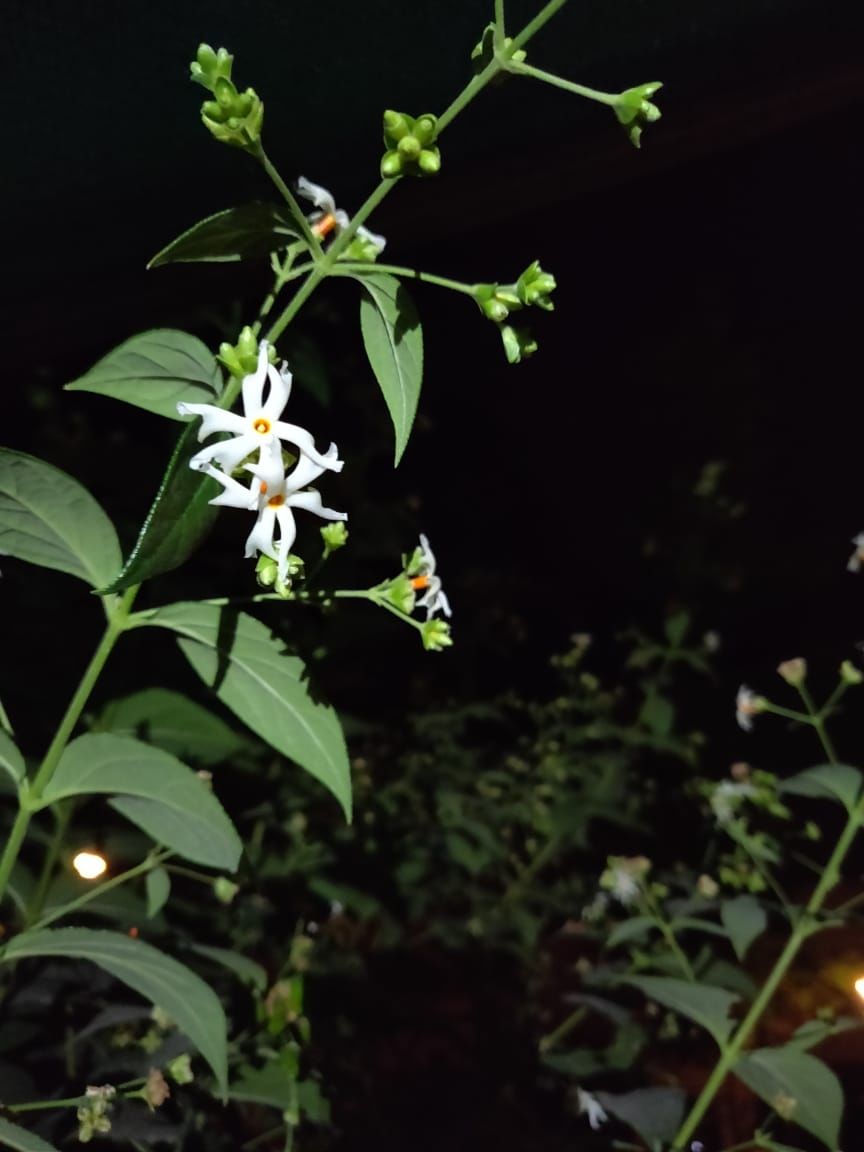 I pick up these tiny flowers from my garden in morning when they fall of the tree and place them in a glass pot filled with water. It's mesmerising fragrance acts as a room freshener and also I feel like smelling them clams my soul and relieve all my stress.  There is something magical in these flowers for sure 😊. 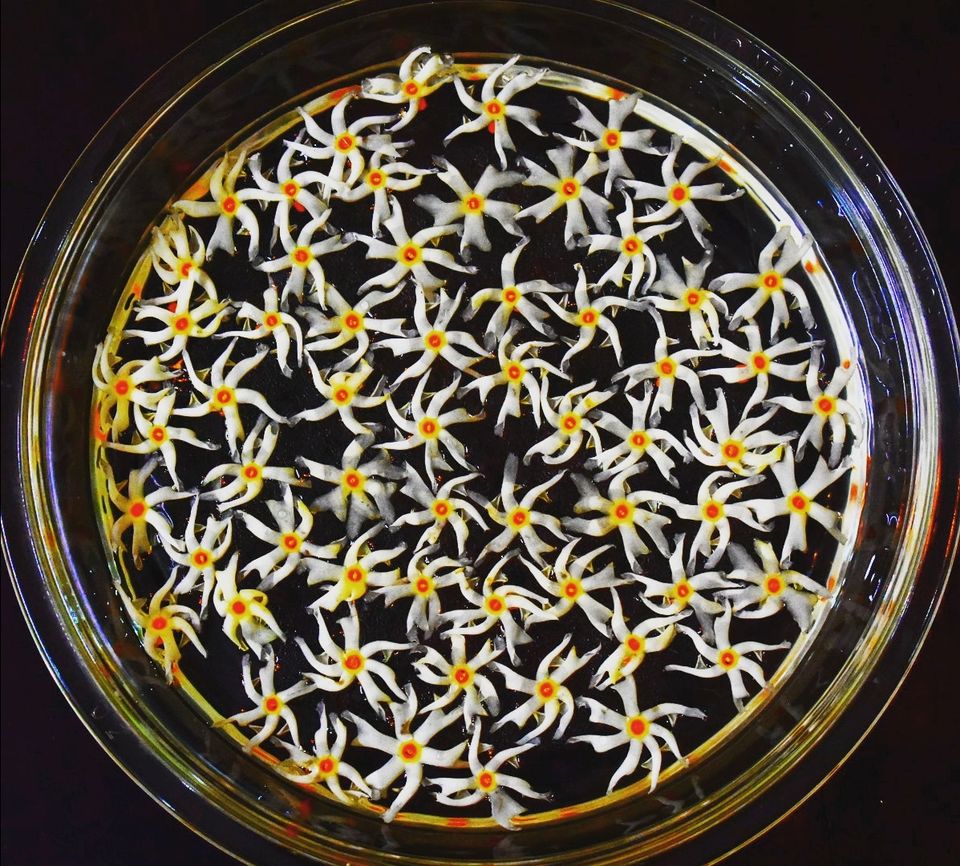 "HISTORICAL IMPORTANCE" Parijat (Nyctanthes arbor-tristis), appears in several Hindu religious stories and is often related to the Kalpavriksha. In one story, which appears in Bhagavata Purana, the Mahabharata and the Vishnu Purana, parijatappeared as the result of the Samudra manthan (Churning of the Milky Ocean) and Lord Krishna battled with Indra to win parijat. Further on, his wife Satyabhama demanded the tree be planted in the backyard of her palace. It so happened that in spite of having the tree in her backyard, the flowers used to fall in the adjacent backyard of the other queen Rukmini, who was favourite of Lord Krishna, because of her superior devotion and humility. #sourcewikipedia 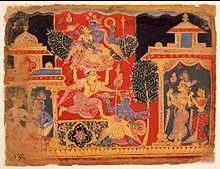 SPONSORED
Want to book a similar trip?
I accept the Terms of Use and Privacy Policy of Tripoto.
SPONSORED
Related to this article
Things to Do in Garden,Garden Travel Guide,Weekend Getaways from Garden,Places to Stay in Garden,Places to Visit in Garden,
Tagged:
#garden#recreation