On Top Of The World..Quite Literally !

On top of the world..quite literally !

After the little fight about how many floors we are buying our tickets for, we ended up witnessing this beautiful sunset...

Sunset view from At The Top, Burj Khalifa 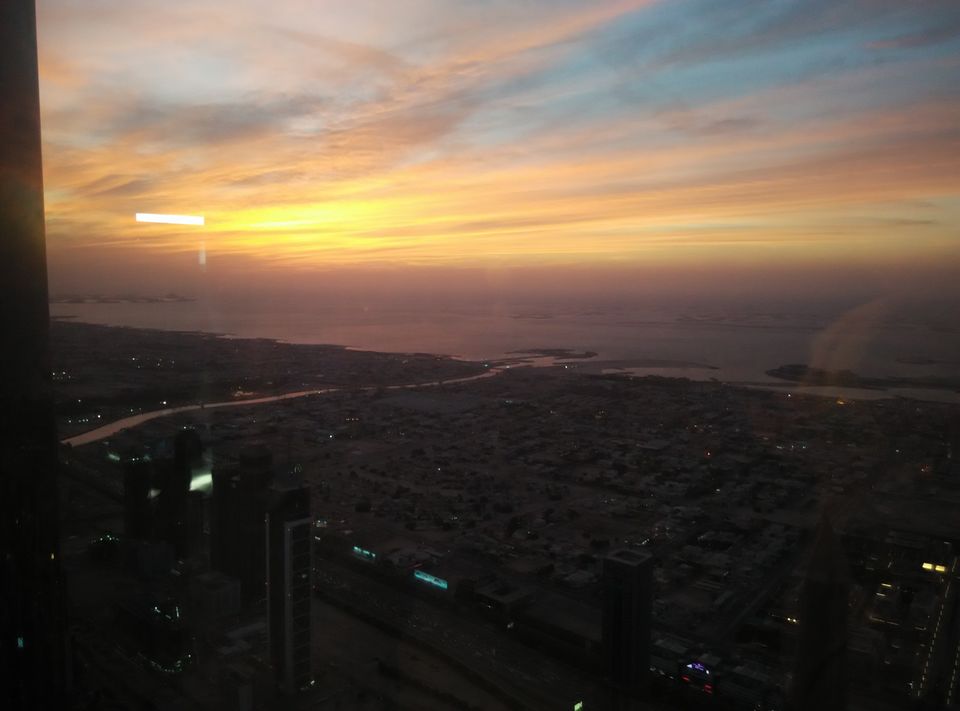 The story about tickets was on a trip where 2 school friends went to visit their 3rd partner in crime in Dubai.

Why Dubai ? Because the 3rd one works for one of the top Dubai banks & promised to make them travel on a Range Rover for all 7 days.

The one you read above was what we told everybody. The reality is that this was a much awaited trip for us all, living in different cities post we started working. That usually happens with school friends, doesn't it ?

Now, cut short to the day we planned our visit to the mighty Burj.

I was not too excited, because once you visit one of the top monuments in the world, the fascination goes away. And for me, it was always for the Eiffel tower. And I had visited that about exactly an year ago. But for first timers like my friend, he was thrilled.

- He wanted to see the sunset

- He was super excited, clicking all the monumental making stuff which decorated the way stuff

On the other hand, to me more fascinating was seeing his excitement.

Finally, after rows, ques, running, going up the lifts, running & what not, we finally reached at the TOP.

Wow, that view was breathtaking. Not so much because we were on the top of the world, but because Dubai is such a planned city. I could see the sun, the clouds, the fresh air. But all I wanted to do was look at the beautiful city below. It is so pretty ! The roofs seem to be built only for the Burj visitors. So that you can see them, laid down there in all their beauty, aligned against each other, with the water (artificially arranged, but still). It's magical ! 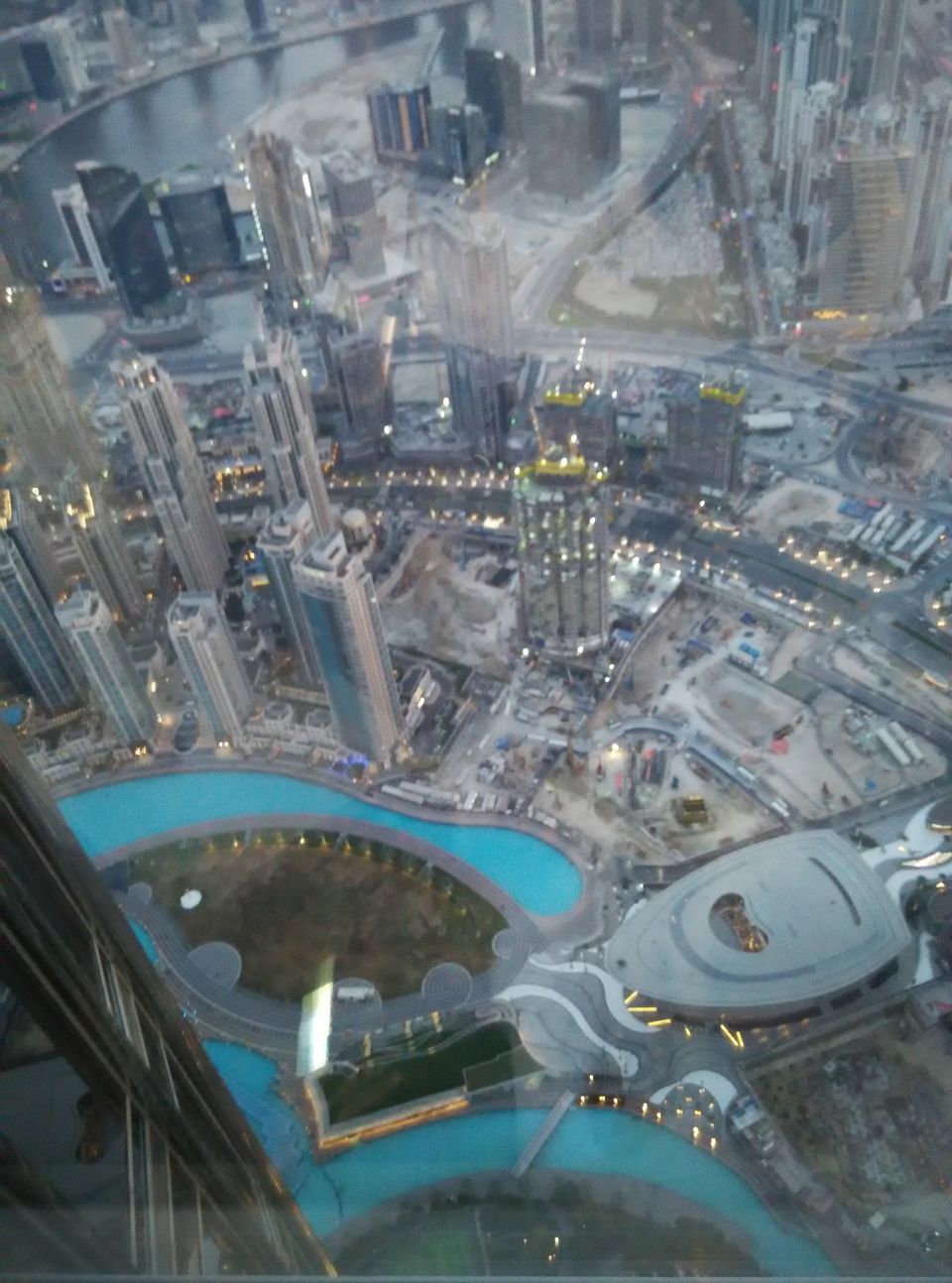 Me lost in the beauty of the city 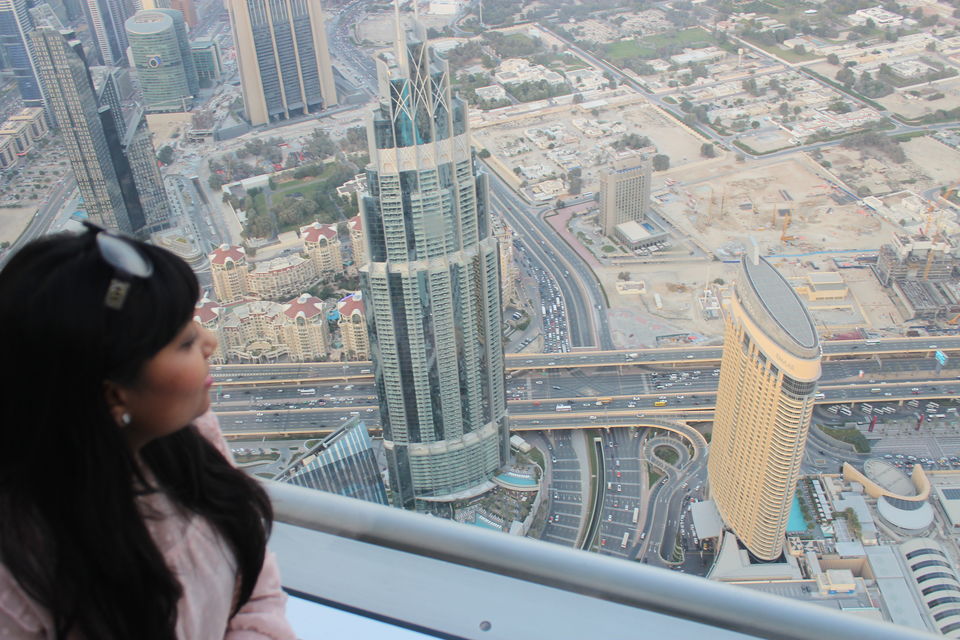 It's funny how when we are in the city, we want to be at the top. And here when we were at the top, all we admired was the beautiful city. Not just me, but everyone of their was just pointing fingers to their favorite spots in the city. I was endlessly clicking myself with the backdrop of the mighty Dubai, trying every angle in that dim, fading sunset. And guess what, my friend got the best shot. Look for yourself !

Just endlessly trying the capture the city & the setting sun ! 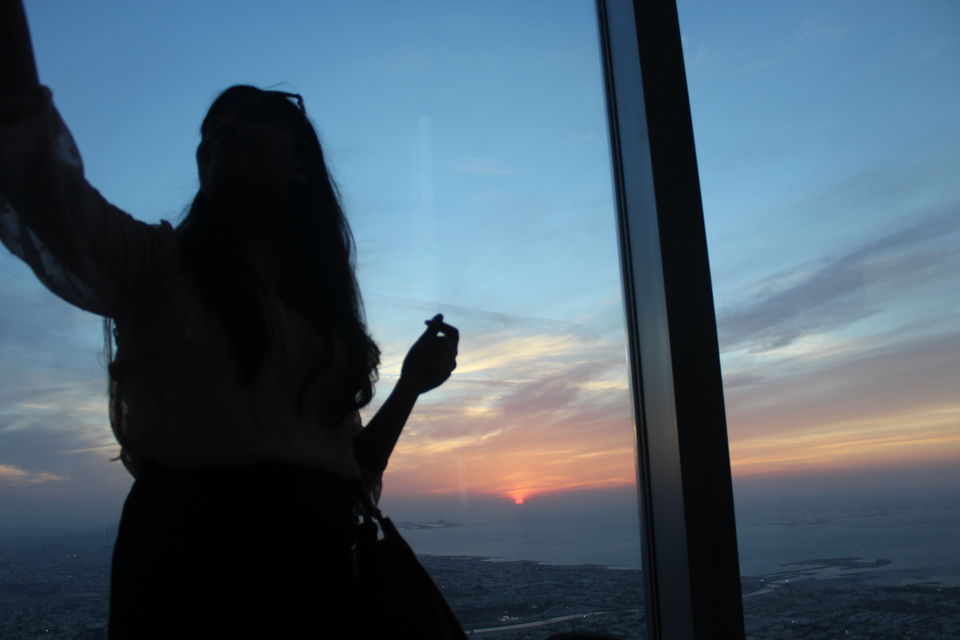 I think this is the beauty of being on the top. Everything becomes so clear ! All questions reveal their answers. We sat down their for about 20 minutes, without talking, just being there. Just looking at the endless expanse of land & water & sun & sky.

And I think, everybody ought to be mesmerized, every once in a while !

P.S. - Please book your tickets before hand, because their are multiple ways by which you can purchase the tickets to Burj Khalifa & every counter gives you different information- on slot availability & ticket prices. Please be wise enough to choose better.