Panaji (Panjim) - A Walk Through Colour And History 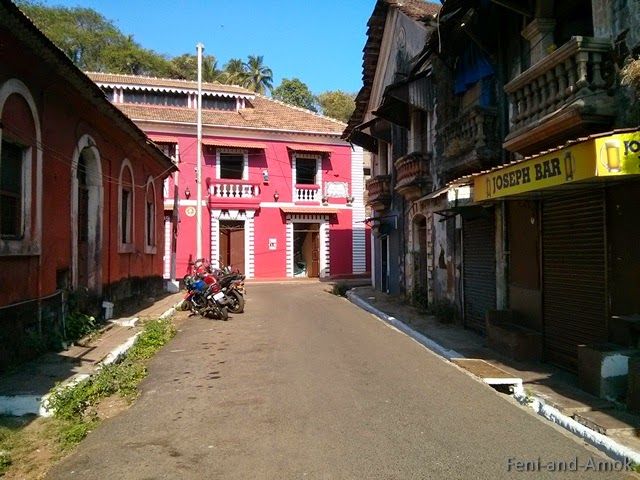 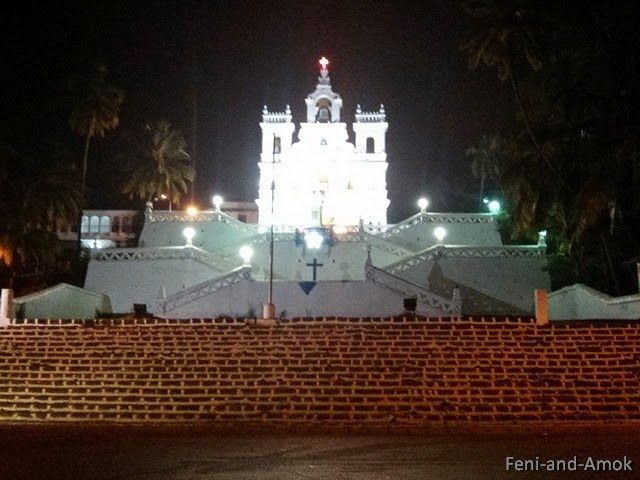 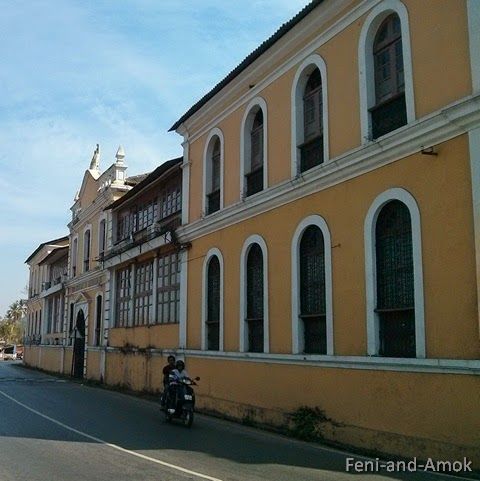 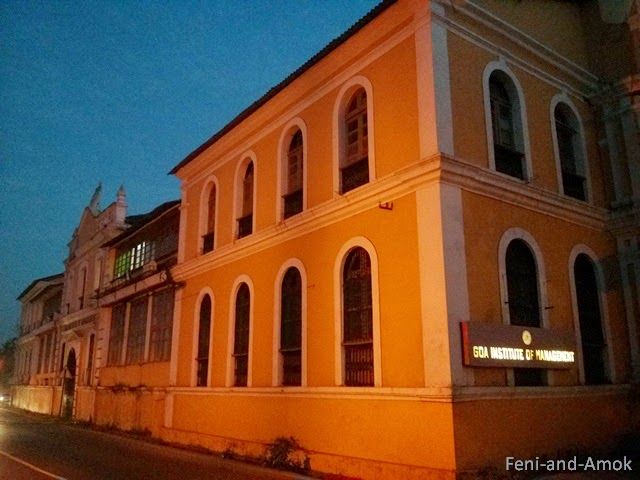 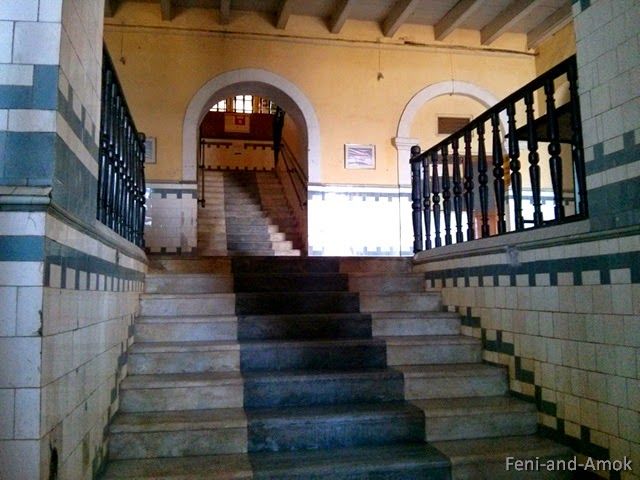 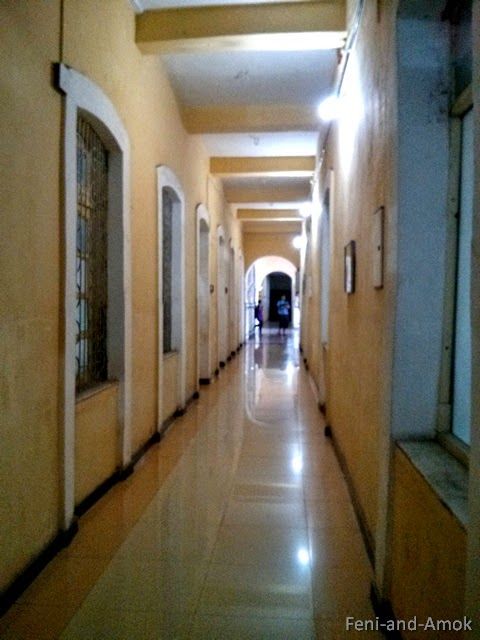 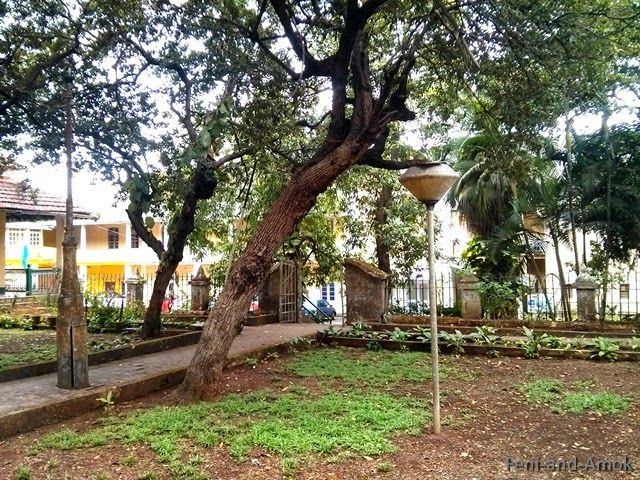 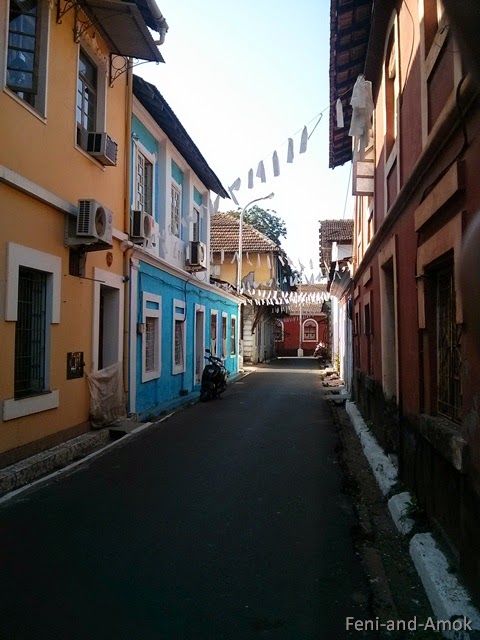 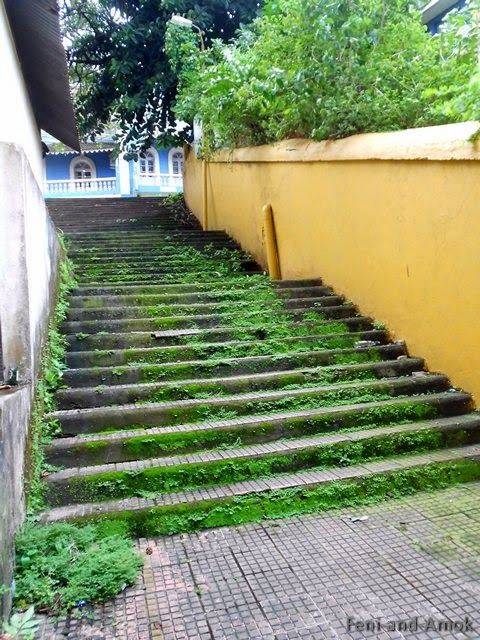 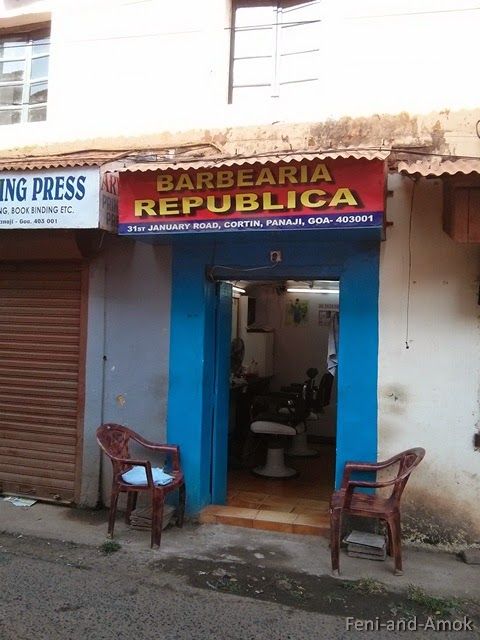 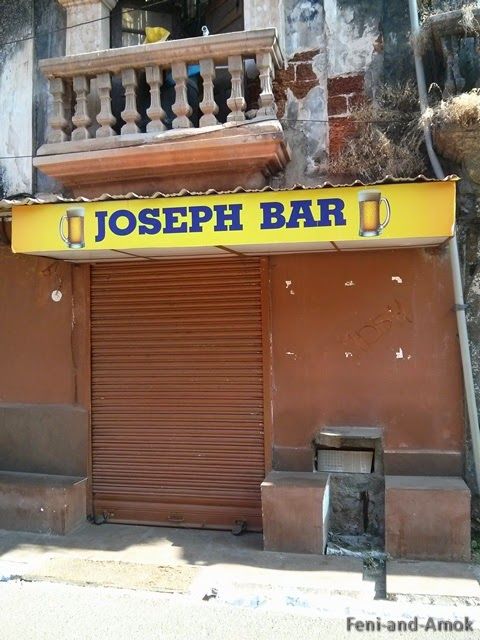 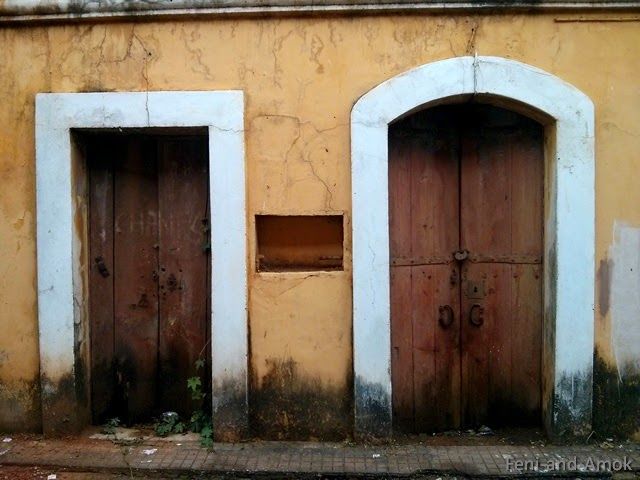 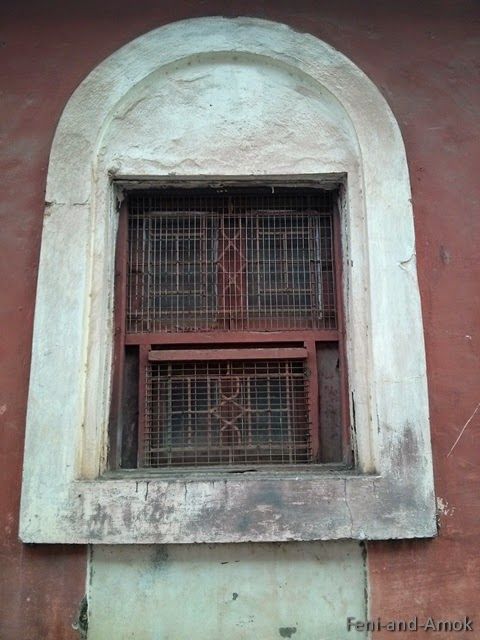 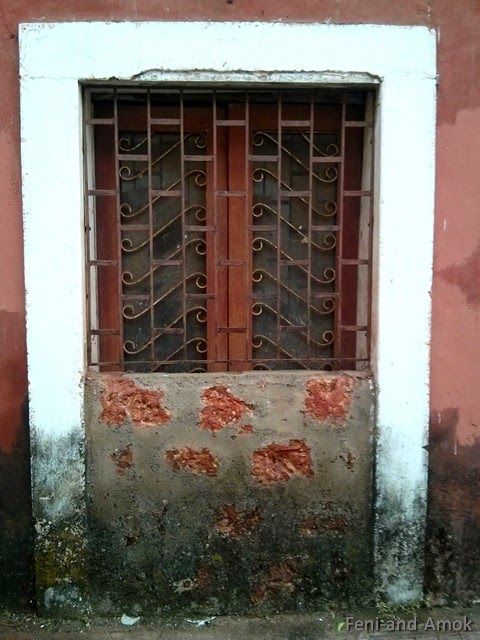 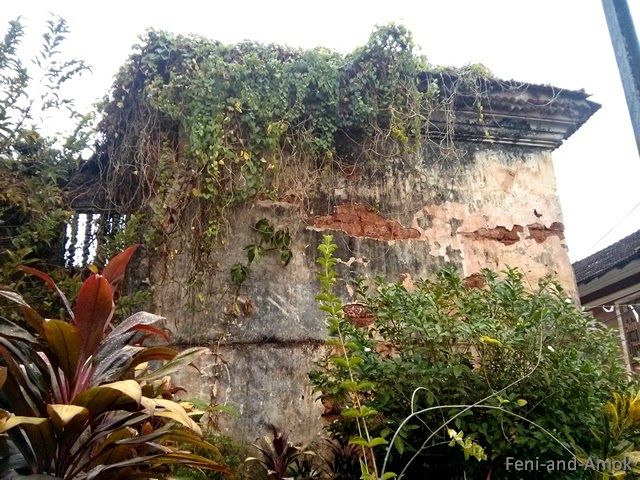 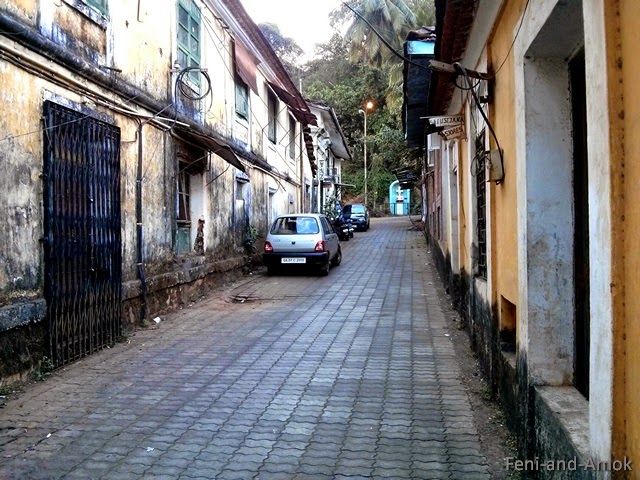 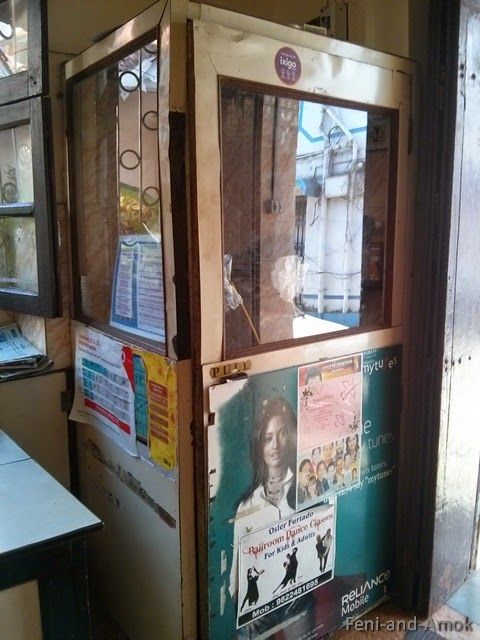 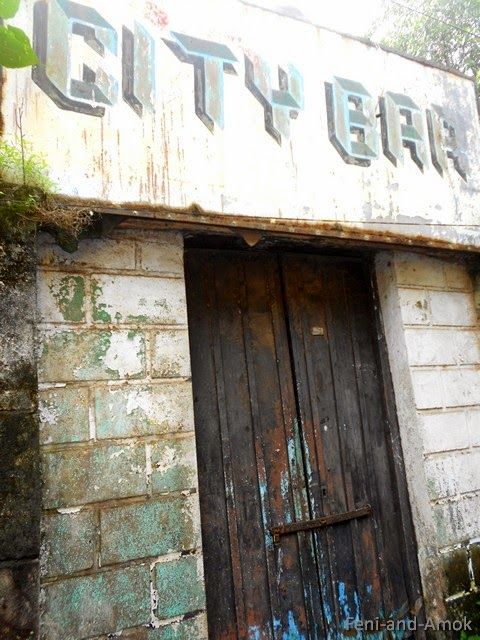 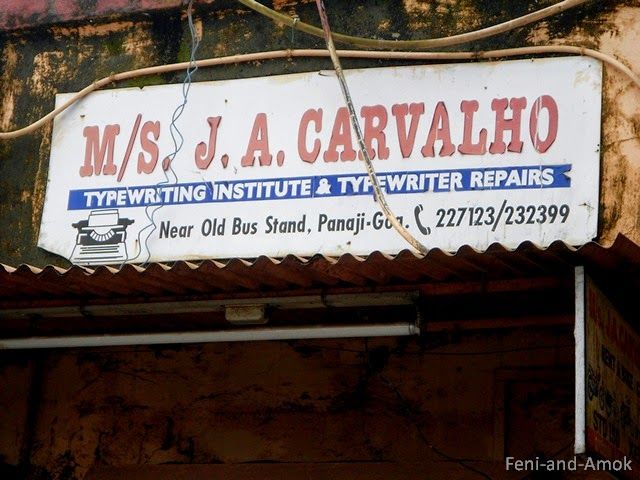 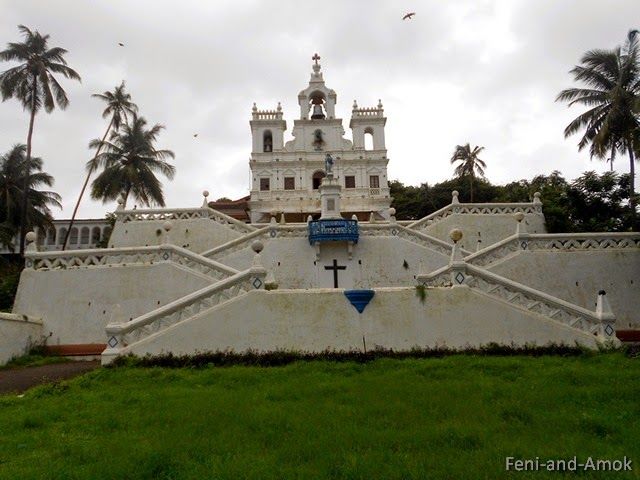 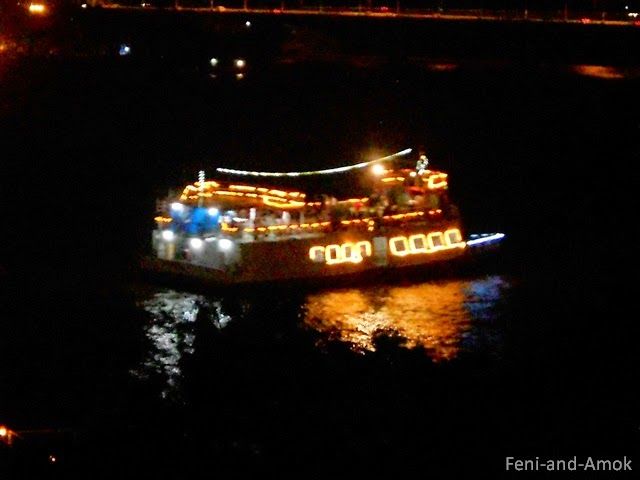 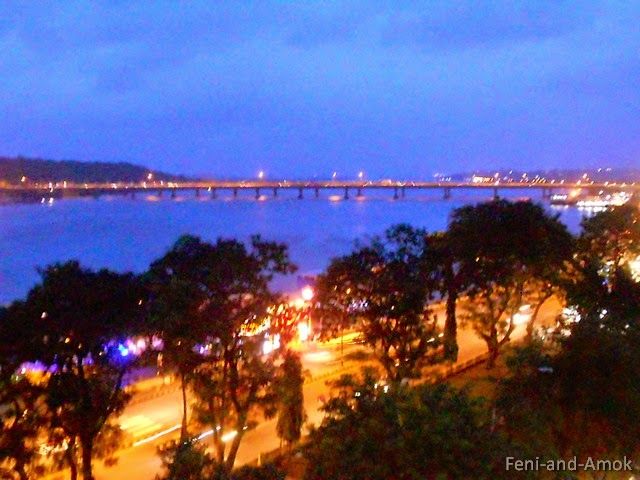 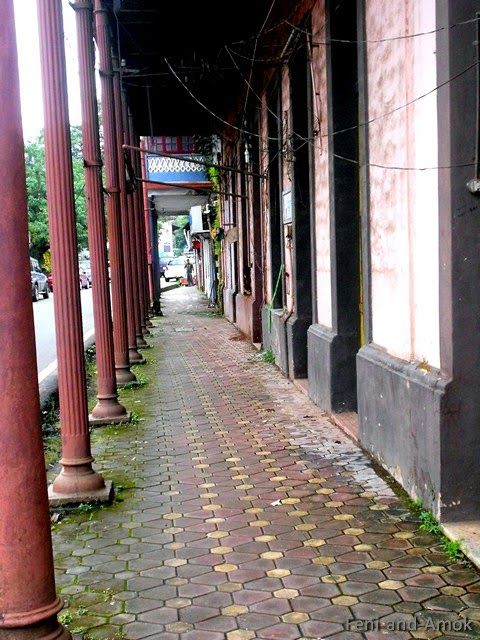 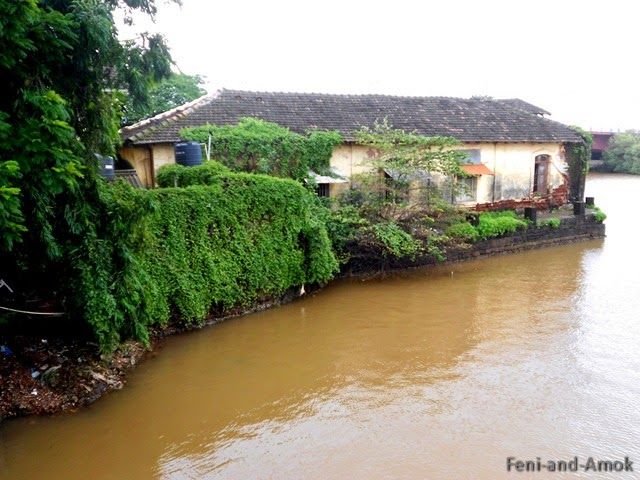 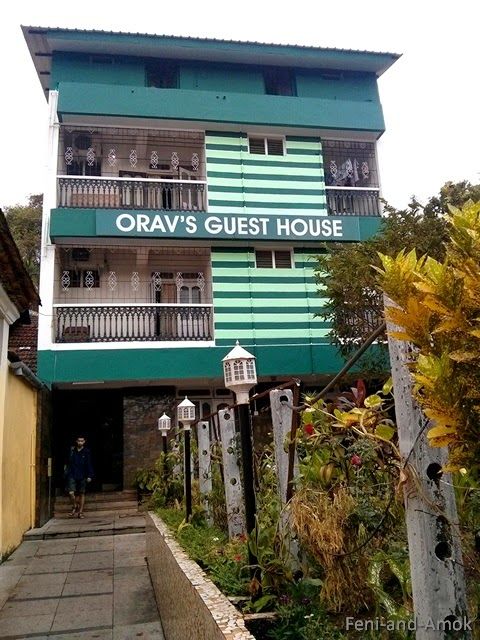 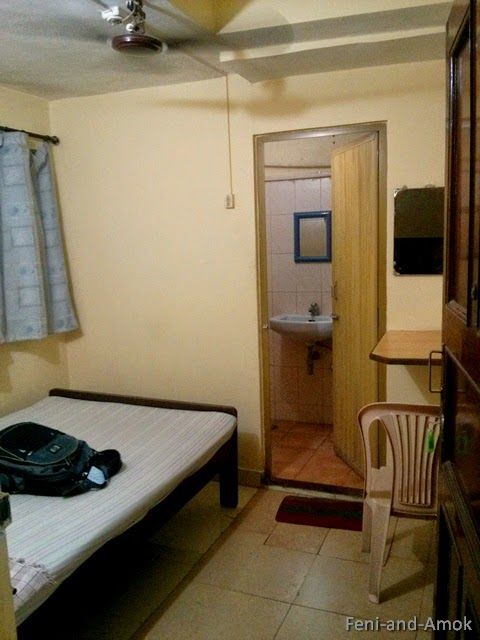 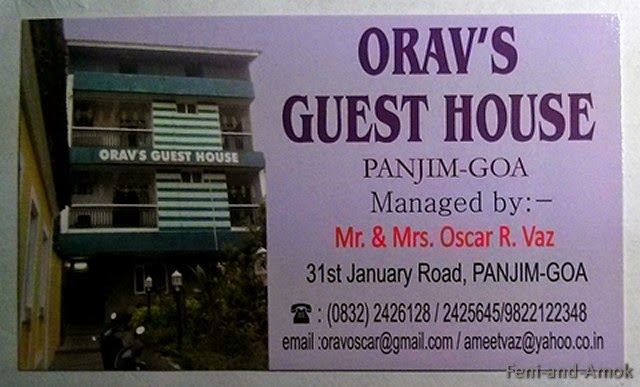 In my books, Panaji (the anglicized form being Panjim) is probably the most quaint Indian city that is a pleasure to stroll in.  Puducherry (Pondicheryy) on the east coast is another contender, but I have not been there in a long time, therefore unable to visualize.  That's Portugal vs France for you.

Panaji is pronounced Panji by local folks, sounds like PuNji, with the tip of the tongue curling up backwards against the palate to pronounce the hard 'N'.  It's like the festival of colours - Holi - being celebrated all year round.  Bright colours spanning several hues of blue, green, lavender, yellow, orange and pink peep out of the shadows in the narrow lanes.  A paint manufacturer's delight.

My teaching assignments in Panaji spanned several visits.  I was keen on experiencing a bit of life in the Portugese quarter, or Fontainhas, as it is known. Realizing that the Institute would likely not have an arrangement with Guest Houses in the area, I informed the Institute before my last visit that I would find my own accommodation.  I had met the owner of Relax Inn at George Restaurant earlier, and he pointed me to Orav's Guest House in the area behind the large Immaculate Conception church on 31st January Road.  It turned out to be a friendly, family run, budget establishment, unlike the impersonal 3-star or 4-star hotels that I had stayed in during earlier visits.  Driving in from the airport, I reached at about 08:30 AM.  The blue sky appeared more cheerful and reflected a brighter shade of blue than normal.  It's all in the head of the beholder, as the saying goes.

The streets in the area looked invitingly at me, as if to say, come on, put on your walking shoes, let's go. The sign at the entrance of Orav's indicates the presence of STD/ISD phones.  Of historical value, I guess.

My room on the ground floor turned out to be simple, clean and functional, with an attached bath.

I wondered whether I needed an hair-cut.  No, I decided, not being terribly keen on a Ronaldo type crop. Not with classes to teach over the weekend and office to get back to on Monday.

Strolling along, I made a mental note to come back in the evening and say hello to Mr Joseph. Unfortunately, I forgot, which means this is an entry in my to-do list.  Not too many signs of life here, though.  Appeared that the days here have been 'dry' here for a while. Favourite quiz question: How many dry days are there in India?

Every lane and by-lane in Fontainhas has an interesting view to offer. You would probably miss little goodies like this moss covered stairway if you ride around in a car. The Portugese quarter has a wide array of ancient buildings, many run down and looking unoccupied. Back in 1961 when Goa was handed over to India, the way of life was relaxed and uncomplicated. Susegaad at its prime. Windows did not have grills. Doors were not fitted with locks. Robbery was unheard of.

The grills we see today have been retrofitted on the ancient buildings. The new fittings seem quite garish and ugly.

Peeping behind one of the old buildings near Orav's Guest House reveals the state of massive disrepair that some of these structures are in. Peeping through the doors and windows revealed an interior overgrown thick with vegetation. Walk, walk, walk, walk. What a pleasure, particularly in the evenings after class.Wait, here's a STD/ISD booth.  However, the phone and digital meter have vanished.  Reminded me of the '80s and the '90s, during the pre-mobile era, when these booths were the only way to call home. Not that I did. Nah! Landing up in Goa during the pre-mobile and pre-internet era meant a complete switch off.  No need to worry about phones.  No need to worry about newspapers.  A malnourished newspaper used to show up randomly in Guest Houses, was it the Gomantak Times?  The implication was that it was rather easy to lose track of days and dates. It's a wonder I used to get back home without missing the bus.  The building with its dangling wires and row of metal pillars also seems to have lost track of time.The Rio de Ourem (River of Gold) flows through Panaji in the vicinity of the Portugese quarter.  Overgrown vegetation and moss covered buildings convey that 'all is well'. Not too far from the little bridge over the Rio de Oerem stands the forlorn looking City Bar. Appears to be a result of 'lock the door, throw away the key'. Or maybe the Portugese owner took the key back with him. Yet another relic of the past, like the STD/ISD booths and forgotten buildings, shows up not too far from the Rio de Oulem behind the General Post Office area. This establishment once created thousands of jobs and catered to the demands of the once flourishing typewriting industry which has likely shrunk to an incredibly small size. The board even indicates a 6-digit telephone number. Prefix the number with a '2'. We heard this many years ago, didn't we? One of the sights in the must see list of any traveler is the massive yet elegant Immaculate Conception Church. The imposing building has flights of stairs leading to the top from where you can safely observe the traffic and people way below.

The view at night is equally impressive, visible as you step out of George Restaurant, one of the local gems.

Heading east along the Mandovi river, the Ribandar area separates Panaji (Nova Goa) and Old Goa (Velha Goa), the location of several churches declared heritage monuments by UNESCO. A heritage building appears mid-way between Panaji and Old Goa, about 3 km from Panaji, overlooking the river.  The building used to be the Santa Casa De Misericordia (The Royal Portuguese Hospital), regarded as the oldest hospital in India. It's apparently not too well known that the Portugese had introduced the Western style of medicine in India. The hospital was moved to the city and the building was converted to the campus of the Goa Institute of Management in 1993.  The massive front doors of the ex-hospital have been sealed. Standing at the bottom of the staircase with my back to the door, this is the view of what used to be the entrance.  The corridors and classrooms have high ceilings. The design helps maintain the temperature a little lower than the outside. Behind the main heritage structure is a leafy, cool campus. The heritage building appears majestic in the evening when I stop to look back and admire the view after class. The Institute has expanded to another campus way in the interior part of Goa. However, the Healthcare Department continues to run their programs in the Ribandar Campus. The Mandovi River presents a pretty sight as the sun starts to set and the lights of the city and the bridge light up.While several large, ugly Casino Ships lie stationary on the Mandovi River, numerous smaller party boats go up and down after sunset, entertaining visitors with music, dance, food and drink.

Well, I've enjoyed stringing a few photographs together to piece together memories of several recent trips to Panaji. Excuse me, I mean PuNji.

Next time you get a chance, set aside a couple of hours to stroll around Panaji's Portugese quarter and the Rio de Ourem area. You are quite likely to love the experience. Don't forget to step inside one of the STD/ISD booths to call home. Convey my regards to Mr Joseph of Joseph Bar, as well. Do tell him I'll be back soon.