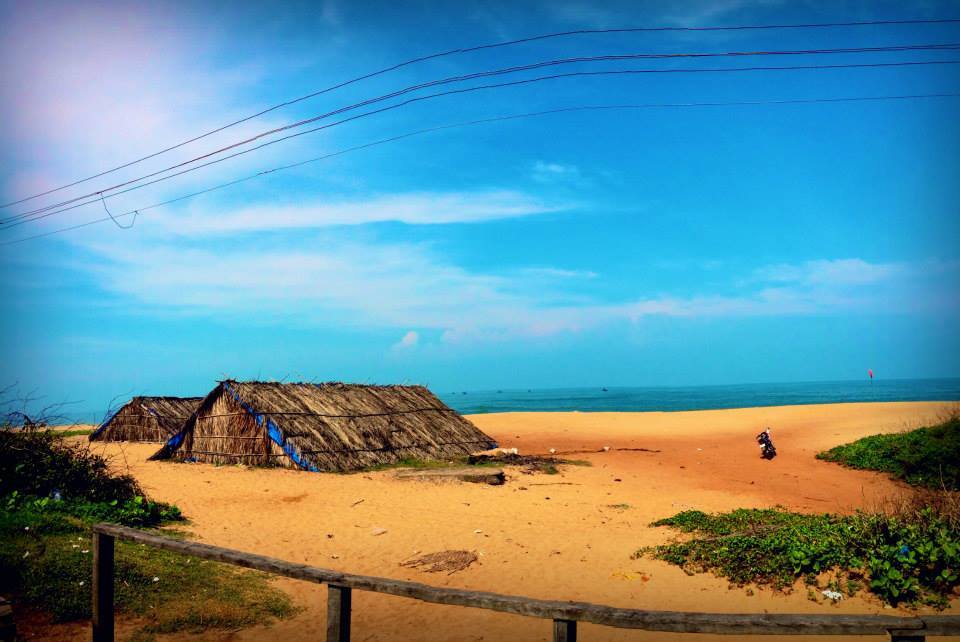 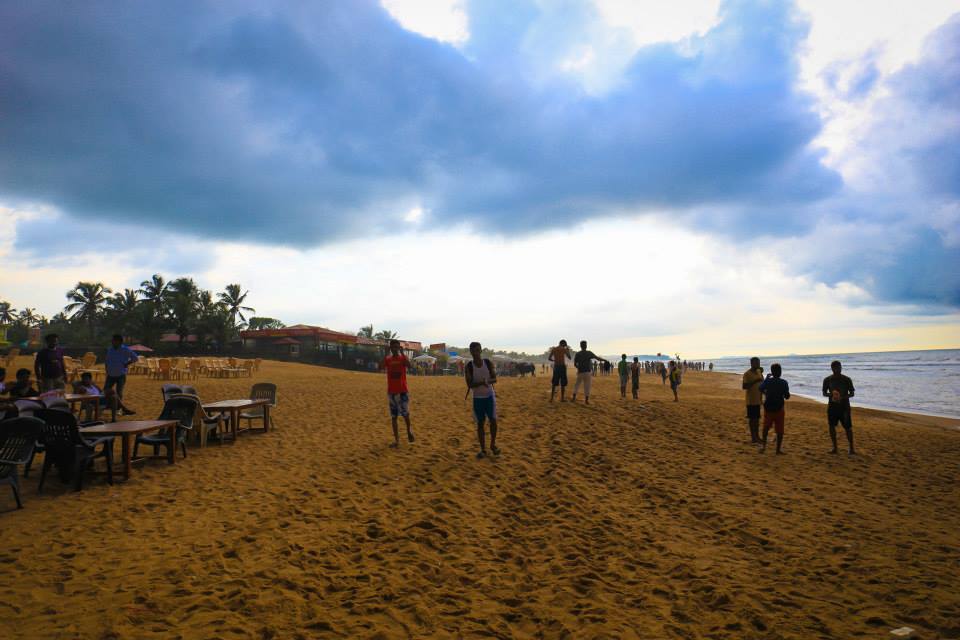 The view of baga beach from Brittos 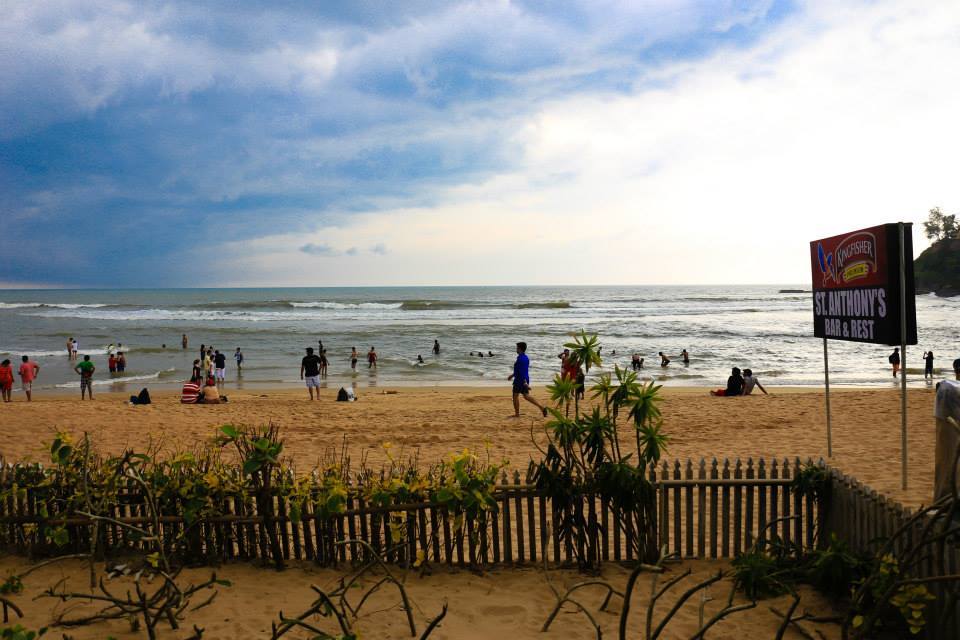 Brittos! - Must visit this place 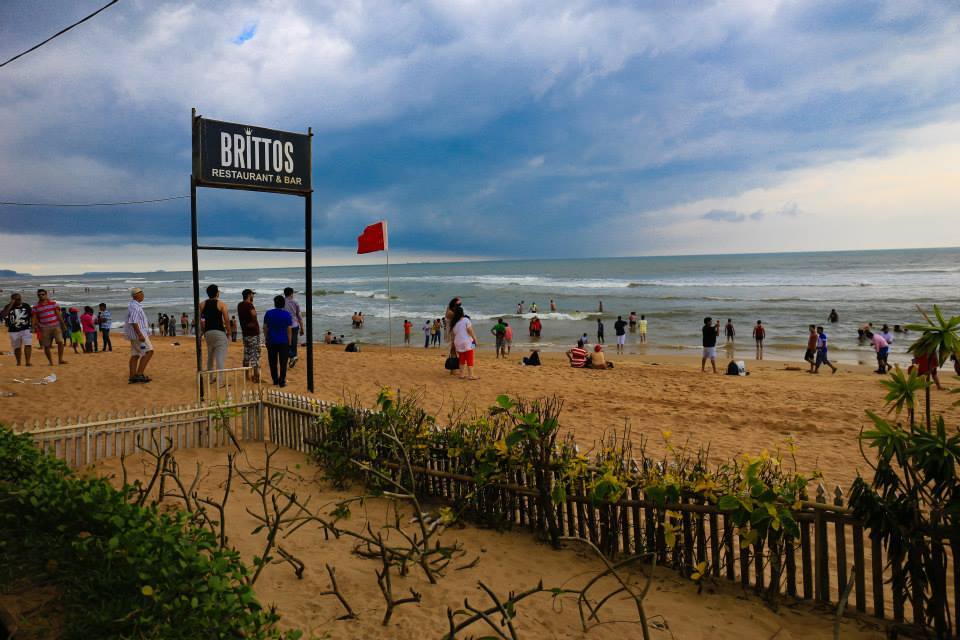 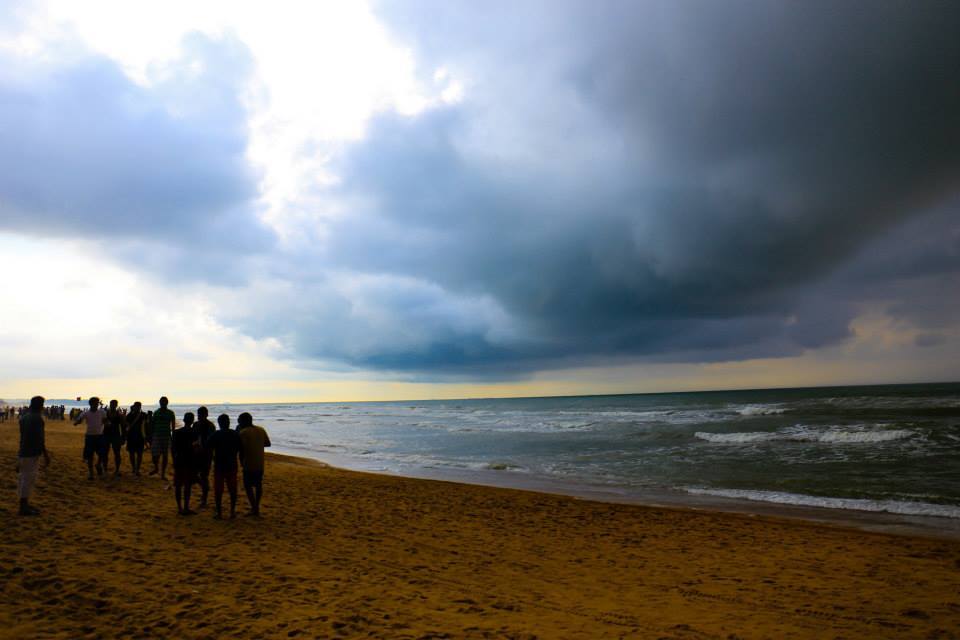 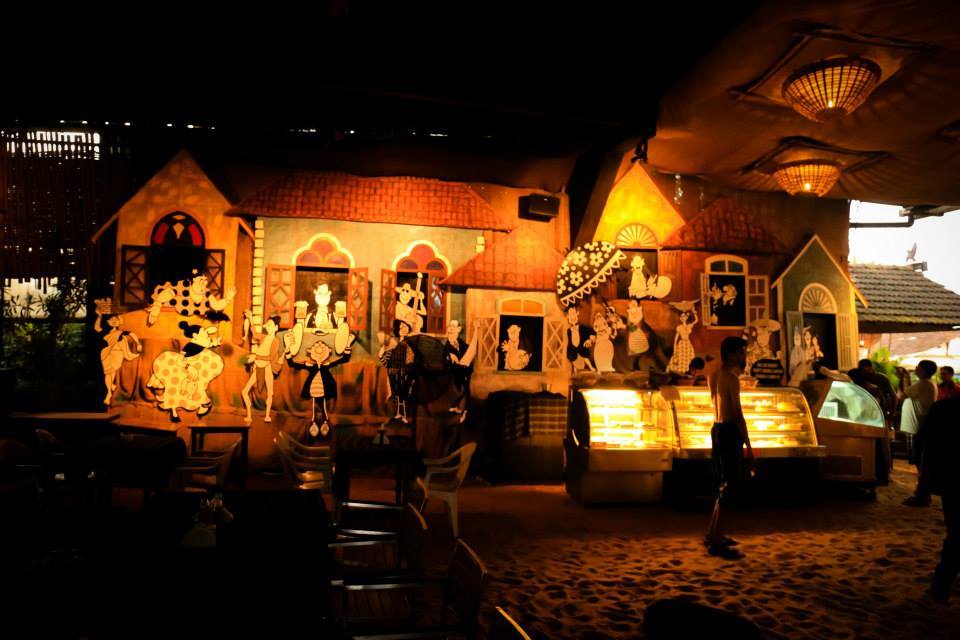 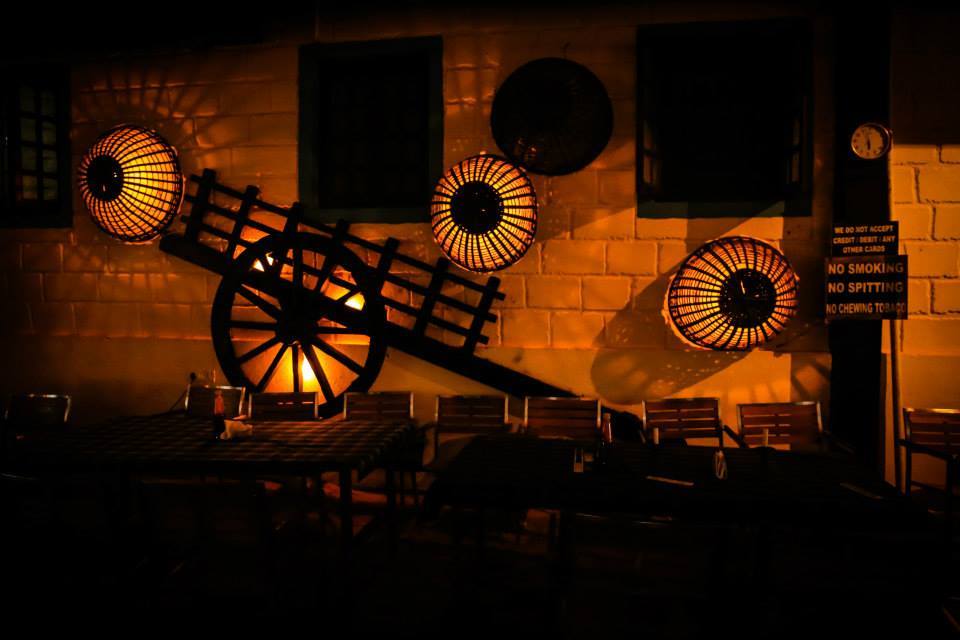 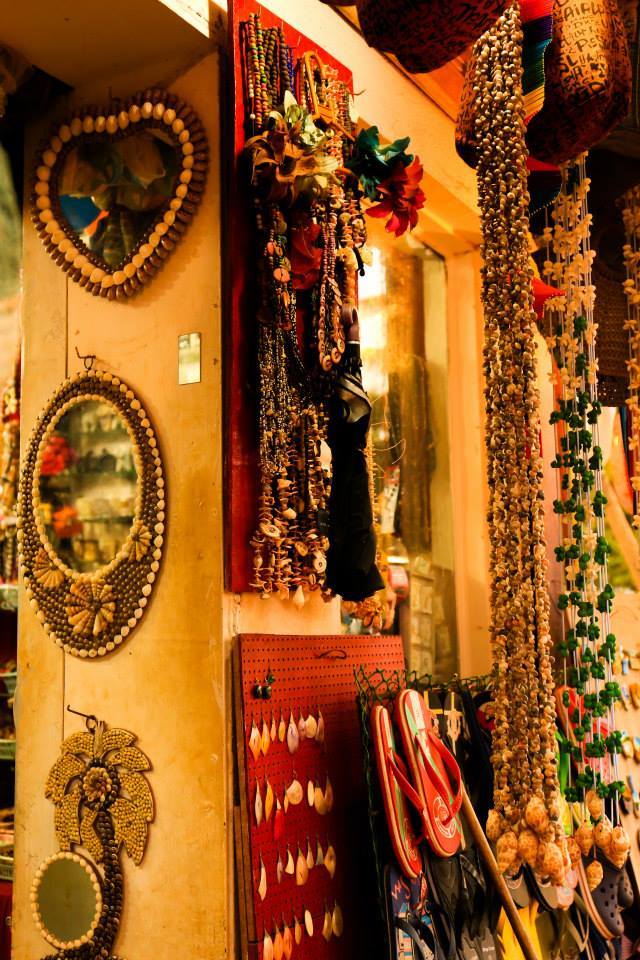 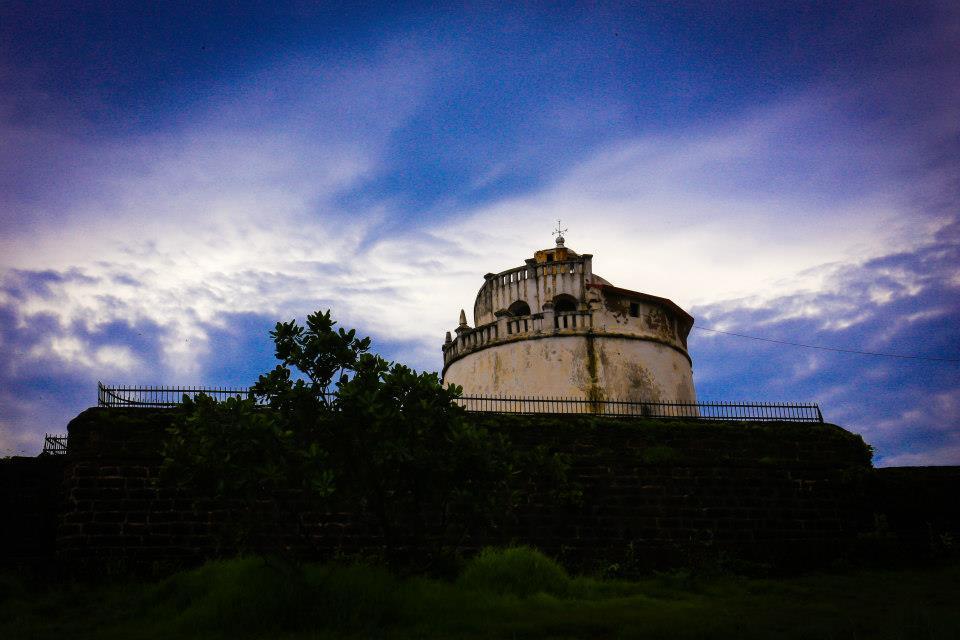 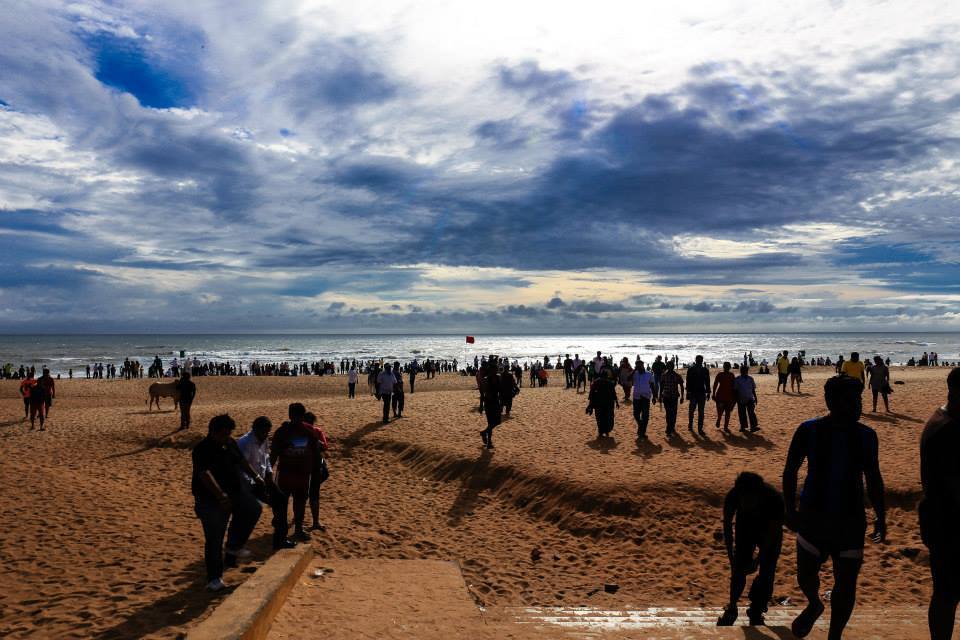 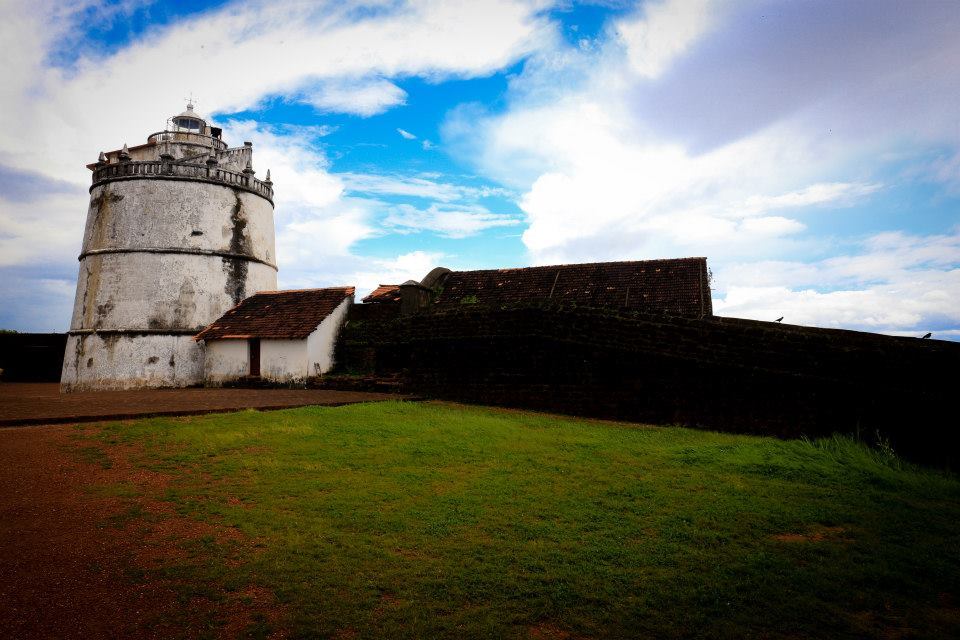 Summer vacations are our favourite time since childhood. We look forward to them having planned many trips altogether more so if you’re working and haven’t had one since you left school or college.  The amazing weather made me visit one of the alluring locations in India recently. Being a good opportunity for my lens, this time I paid a trip to Goa!  Being a short one, it became even more exciting in numerous ways.

Famously known as "Pearl of the Orient" and a "Tourist Paradise", the state of Goa was liberated by the Indian Army from Portugese colonisation on December 19, 1961 and became a Union Territory. Goa has been the meeting point of races, religions and cultures from the East and West for many centuries. It has a multi-hued and distinctive lifestyle that is quite different from the rest of India.

Our trip began with us boarding a volvo bus from Mumbai around 7pm in order to carry out an overnight journey hoping to reach Goa at dawn. A twelve hour journey, on the bendy and curvy roads is never comfortable unless it is a sleeper bus. No doubt we slept off as soon as we boarded the bus as it was after work.

The bus dropped us to Mapusa which is one of the main bus stops apart from Panjim.  After getting down, we were immediately surrounded by a bunch of auto and taxi drivers asking you where you would like to go. Bargaining with them for the price, we ended paying Rs. 250 for an auto to drop us to the hotel.

The name "Mapusa" is derived from the Konkani term maap, which means measure and sa which means fil up. Mapusa is the third largest city in the state of Goa and has a history of its own. It is believed that much before the Portugese, or even the Aryans, Marathas and Sultans set their feet on the land of Goa. Mapusa was a well developed gaunkari or community farming system. The system has the people of the villages coming together to work on the community land. The ensuing profit was divided between the workers accordingly. The famous beaches of Anjuna, Calangute, Baga, Vagator and Candolim fall in this city. It is the most famous city for tourists.

As we had reached early, we couldn’t check into our hotel till 11am. Hence we decided dump our bags and went to have breakfast at Sunny’s because of its Chicken Stroganoff. The view of the Candolim beach and the taste of the food surely was a good start to our trip. After spending a couple hours at the beach and relaxing amongst the waves, we came back to the hotel to freshen up.

Before exploring the city, we hired bikes and activas to ease our travel within Goa. As we had gone off season, we got them at a reasonable rate.

While strolling on the goan roads, we came across Brittos, which located on the Baga beach. Known for its ambience and food, we decided to halt there for lunch.

The Baga beach provides excellent facilities for a multitude of water sports.

Goa is a place filled with energy and colours which I loved the most. One can easily roam around the streets alone and observe the surroundings. The streets are filled with vibrant colours thanks to the local shop keepers.

As much as one gets an opportunity to let their hair down, Goa is the ultimate party zone and the colourful nightlife is a major incentive for tourists. Most of the well known beaches of Goa are dotted with chic nightclubs and discos that team with youngsters amid the heady beats of groovy music. The Anjuna Beach is particularly famous for its parties held on the full moon nights. Also famous for its casinos, Goa plays home to the first live game floating casino in India which is located on board the MS Caravela.

The first thing next morning, we decided to visit Aguada Fort. Located about 18 kms from Panjim (old ‘Panaji’), Old Goa at the tip of the peninsula and almost on the Arabian Sea it one of the main tourist spots.  'Agua' in Portuguese means water; 'da' means a place where water is collected. Aguada Fort’s ramparts overlook the Sinquerim Beach and the Arabian Sea and was built by the Portugese to control the entry of the enemy into River Mondovi and to protect old Goa from attacks.  A freshwater spring - from where the fort derives its name - within the fort provided water supply to the ships that called there. It is a peaceful place to visit.

Next, we decided to visit Calangute Beach. Also known as the "Queen of Beaches", Calangute Beach was discovered by the hippies in the late 60s. Calangute is famous for its beach which stretches for about 2km when it reaches Baga to the north.

The sea and its waves, relax your mind, body, heart and soul. Our overall experience of Goa was fantastic. From the Gothic churches to the casual beaches, from the mouth watering sea food to the charming river cruise, it was fun and relaxing all the way. I just could not stop photographing

the place, but it was time for us to head back to the pick-up point, where our bus awaited to take us back to Mumbai.

The overall nature of Goa and Goan people is very relaxed and happy. So when in Goa you naturally become a Goan. And that's the biggest gift you get from your trip. My trip to Goa will remain a memorable experience, and it’s a place that can’t be compared to any other.

You can also view this trip on my blog!