This post is dedicated to the Nepali's who are also known as the Helis (helicopters) of the Milam Valley. They carry a load of maximum 80kg on their back and trek daily, they are the spine of the valley, ITBP ration depends on them, their commute depends on them.
In focus is one such man, his name is BIKRAM the PORTER with just ONE ARM. He has been associated with ITBP for the last 6 years and works only for them and is the strongest of them all. He lost his one hand in a factory machine accidentally where he previously used to work and since then he has completely made the use of his strong will and core strength.
He and other nepalis did a lot during the uttarakhand calamity but the govt only paid them rupees 5000 which was way below from what they deserved.
I never wanted to take a porter while heading back, it felt really bad as we both are human beings, but thats how they earn and he came with us only because of the words of senior ITBP officer whose hospitality made us follow his words.
I salute such people and their will to live and survive. 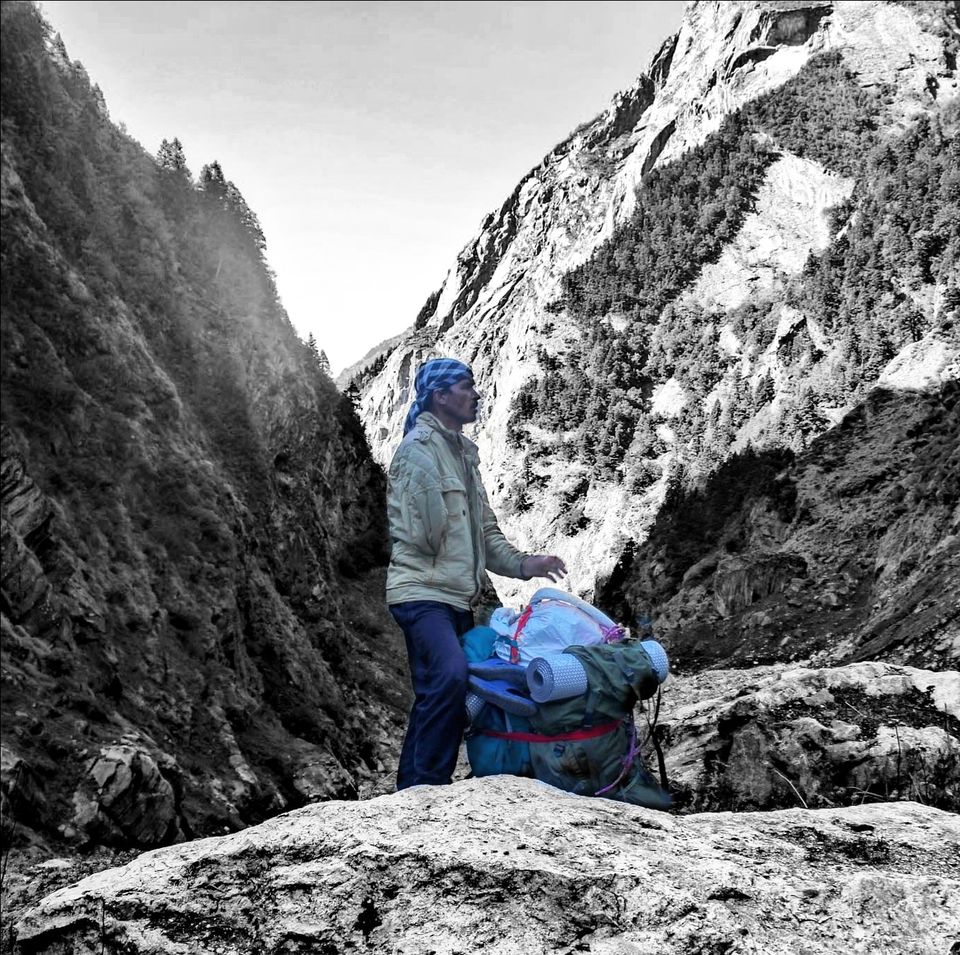