That Awesome Jungle Safari Where I Didn't See the Tiger 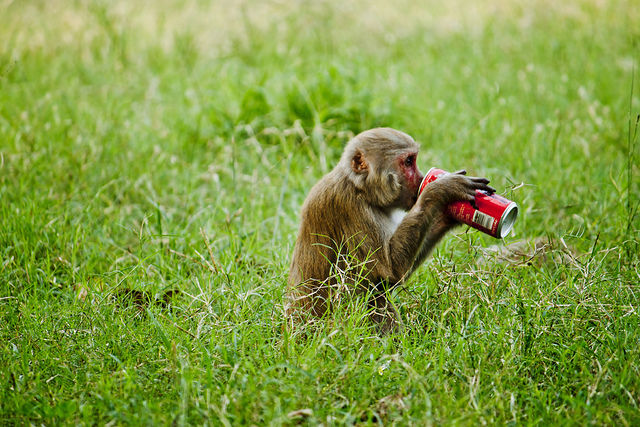 "There are two kinds of jungle safaris in the Jim Corbett National park: One that focuses on a tiger trail, and the second which explores all of the jungle," said Manoj Sharma, the naturalist who accompanied me to the safari on a cold December morning. "Which one would you like to take?"

Like every visitor who comes to India's oldest national park, I too wished to  catch a glimpse of the big cat. It was a no brainer for the young couple, Tripathis, that shared the jypsy ride with me. Their expression revealed that they were in Corbett singularly to watch the predator in all its glory. The guide gave a knwoing smile. It was a situation Manoj was all too familiar with. "Let's see what luck has in store for us," he said as we forged ahead in the Jhirna Zone. A conversation got going as Manoj, the Naturalist, introduced us to the ropes of Jim Corbett. Until this moment, I didn't know that the park was named after an Englishman who earned global fame for being a hunter par excellence killing as many as 33 man eaters. Manoj's knowledge wasn't limited to the main attraction of the jungle, he was equally adept with plants, birds and animals found within the 1,288.32 sq. km area of the park. As we passed the dense grassland, he fell silent in the middle of the conversation. His face contracted into a focused look and ears straightened out. He had heard an alarm call from the birds. The tiger was close to us somewhere behind the bushes.

The jungle was abuzz and the air was charged with anticipation. We stood up from our seats and moved our eyes across the length and breadth of the thicket. After 20 minutes of unsuccessful wait, we moved deeper into the jungle. This time the call came from a Sambhar (deer). The tiger was indeed on the prowl. Manoj stopped the jeep at an angle  from which we could have the perfect sighting, the Tripathis were restless now.

After another long and unsuccessful wait, we moved further ahead with the assumption that the predator would take a certain direction towards the river." While we waited for another alarm call, the naturalist showed us the most beautiful looking Red-Backed kingfisher sitting inconspicuously on a  stray branch. He was quick to spot the pugmarks of a tigress as well as the tree on which the elephant scrubbed himself leaving behind mud. His eyes, ears and nose were all attuned with the jungle.

He was able to decipher fact and stories from seemingly small details. After three hours in the thicket, I exited the jungle happy, tired and hungry. My co-visitors immediately booked themselves another safari. Their hunger for the big cat had not been satisfied as yet. Manoj, apologised solemnly for not being able to sight the tiger, as if it was his fault.

"How much pressure do you feel to spot the tiger?" I asked him.

"As a naturalist, there is a lot of pressure to spot the tiger. Everybody wants to see a tiger and as a matter of fact everybody cannot see a tiger because they are shy by nature," he explained regretfully. "If you simply look for tiger and it doesn't happen you have not only missed out on the tiger but everything that the jungle has to offer. I tell them to enjoy the forest. Tiger is only one of the aspects that the jungle has to offer."

As for myself, I wasn't bitter at the lack of tiger sighting. Sure, I would have liked to see the big cat, but there was so much more that Corbett had to offer. Exotic birds, unusual vegetation and interesting stories were all equally captivating. Corbett proved to be that  Awesome Jungle Safari Where I Didn't See the Tiger.