The Mystery Of Baba Harbhajan Singh

The Mystery of Baba Harbhajan Singh 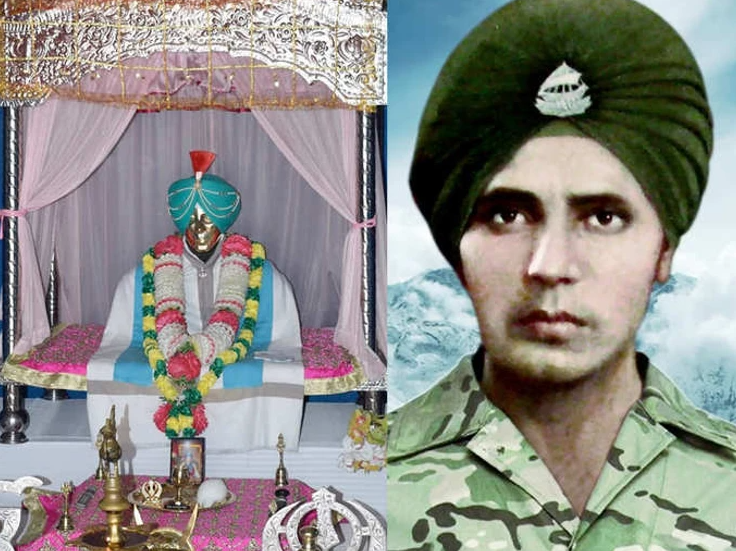 The Indo-China border along the periphery of the Indian state of Sikkim is the site of the famous Nathula pass, an extremely tactical location of the Indian army. This pass is one out of the four border points at which Indian and Chinese soldiers often have planned meetings at and this area is usually submerged by snow in the winters. However, apart from this specific point being a strategically important location for the Indian Army, what makes it even more popular and widely talked about is the peculiar story of one very brave and promising Indian Army hero, Baba Harbhajan Singh.

Born in Kappurthala, a district in Punjab on the 30th of August 1946 to a Sikh family, Baba Harbhajan Singh enrolled into the Indian Army at a young age of 20. Upon the completion of his primary army training, Baba Harbhajan Singh joined the Punjab regiment where he carried out his duties as a very able and proficient army personnel. Unfortunately, around the time he was posted at the Indo-China border in 1968 he met his death as he drowned in a fast flowing stream while on a mule column escort in Sikkim. The extremely harsh and strong current of the fast moving river resulted in a very tedious and unsuccessful search for his body which was only found three days later. After the failed bout of search parties in an attempt to find his body in the first three days, it was found in the most strange and bizarre manner. A sepoy friend of Baba Harbhajan Sing, upon his demise had a dream which directed him to the exact location of Mr. Singh’s corpse along with a longing wish for the body to be cremated right where it will be found.

Today, even decades after the death of Baba Harbhajan Singh, it is believed that his monumental presence is still felt by the soldiers of the Indian army. Army units that are posted in the area where Baba Harbhajan Singh’s body was found and where the mandir stands, seek Baba’s blessing every time they go out on a treacherous fleet. It is also strongly believed that Baba will always warn their army men of any anticipated attacks from foreign countries prior to occurrence. In honor of Baba’s service and strong spiritual presence post his death in the Indian army, he was promoted to an Honorary Captain, and his earnings were sent to his existing family members. A lot many traditions were followed in his name in terms of annual leave and attire, which finally came to an end when he hypothetically retired from the army a few years ago.

Baba Harbhajan Singh’s impact has been so strongly felt that even the Chinese on the other side of the border leave a vacant seat as a sign of respect to Baba at flag meetings between the two contingents. As it is believed that the shrine of Baba Harbhajan Singh can even bring cure to ailing people, here in Sikkim faith in Baba is stronger than anything else and it has even helped the Indian army and its people overcome multiple obstacles. And till today, almost 53 years later the mystery behind Baba Harbhajan Singh’s presence still remains unresolved only to be overpowered by ample amount of faith.