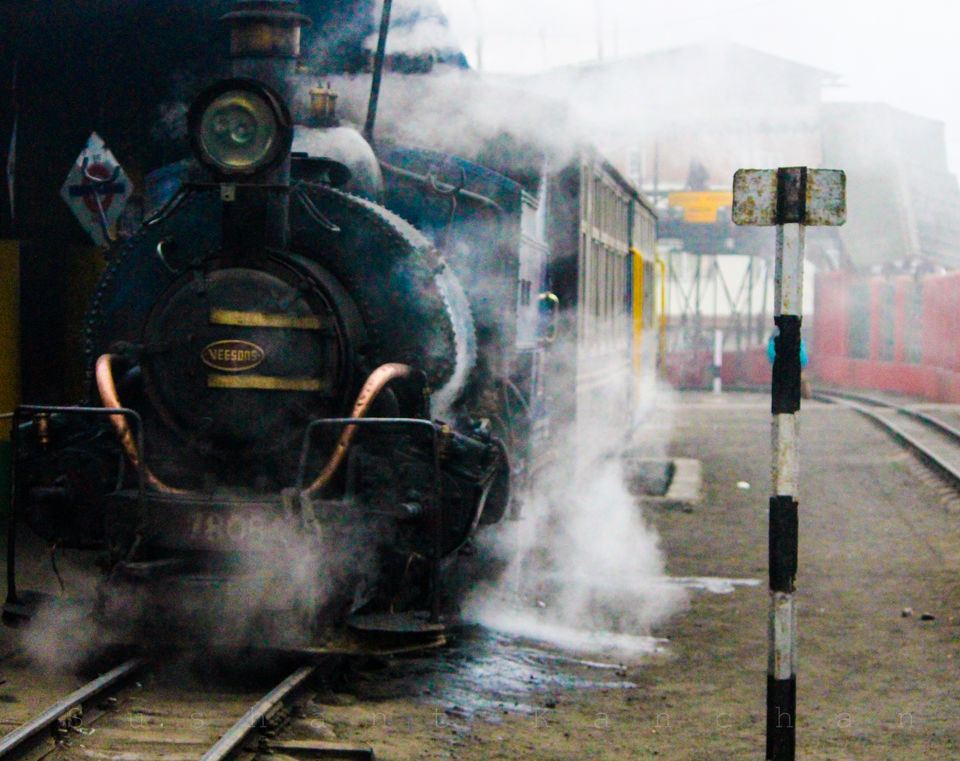 For the kid in me.

The Darjeeling Himalayan Railway was the 1st that I sat on. It’s also called the Toy-Train.

These trains were built during the nineteenth and early twentieth century and are now operated by Indian Railways. The Train route covers about 85 [55miles] from New Jalpaiguri railway station to Ghoom upto the Darjeeling Hills. The route to the top passes in-between roads covering all the nook and corner of the city.

I got to see the tiniest corners of the city which I would have missed otherwise. One thing is noticed in Darjeeling is that the city does not have Traffic lights at all. The drivers are polite. They follow all the rules. They don’t honk unnecessarily. They don’t drive rash. They are never in a hurry. Driving is a pleasure there. I love the streets when it comes to photography and this ride gave me just that. Cops, young girls waiting for the bus, mothers with their children, vegetable sellers, men carrying gas cylinders on their head, construction workers, women travelling to work. Some posed. Some frowned. Some were happy. Some waved. Some looked anxiously. But they all smiled. Well, they all smile at the end.

The train halted at two stops on its 2-hour journey. The 1st stop – The Batasia Loop, an engineering marvel where the train takes a spiral loop to negotiate a steep descent of about 140feet. I could see the entire city from the top. It gave a perfect panoramic view of the city. The train halted for about 10minutes and then it started its onward journey to Ghoom railway station. Ghoom is one the highest railway stations in India. The Ghoom museum is located just outside the station premises. I roamed for a good 20minutes before boarding the Train again. The train finally halted at the Darjeeling station where it had started. This marked the end of my joy-ride.

The kid in me rejoiced as I alighted.

P.S – the Toy-train can be booked on the https://www.irctc.co.in/ under IRCTC Tourism