There is No Peacock at the Home of Peacocks: Murguma in Purulia 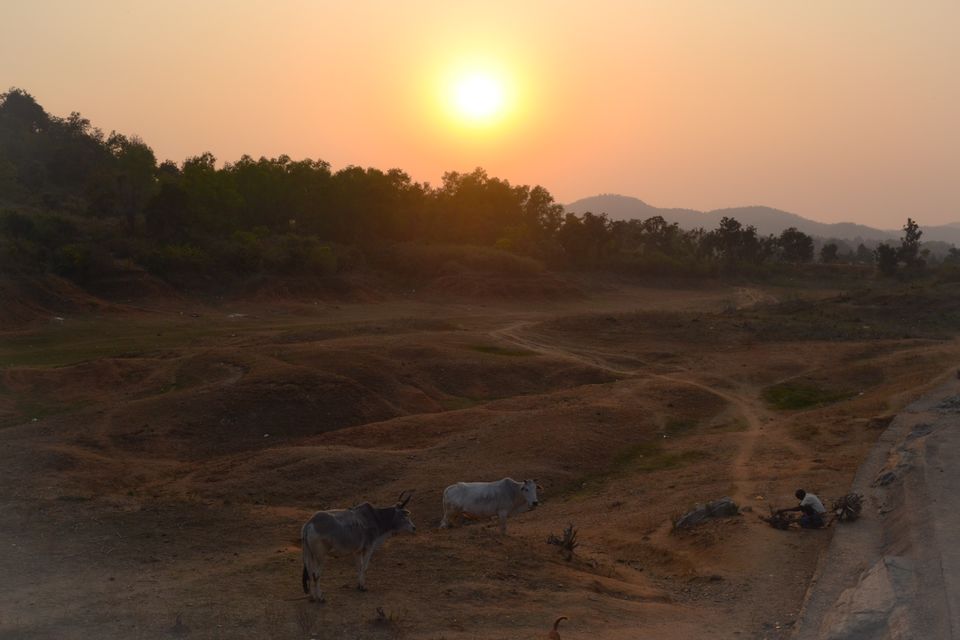 Perhaps every city in the world has its own bucket of cosmopolitan experiences awaiting to entertain the vacationist. However, the recent trend of exploring the countryside located just outside the city has enabled the city dwellers to have some respite from the concrete jungle. Well, Kolkata is not an exception. There are hundreds of destinations in and around Kolkata that will let you dip into the rural heartland. The small tribal village of Murguma is such a place located at the heart Purulia district in West Bengal. And, let me remind you this is not a popular weekend getaway destination. You must come here with your heart ready to observe the nitty gritty details of the immaculate Mother Earth.

Where are the Peacocks?

Murguma, in the local language spoken here, means the home of the peacocks. But there is barely any peacock. Well, nothing to worry though as the pristine beauty here will keep you engaged during your stay. Slowly becoming part of the bucket list of those who prefer out-of-the-ordinary, Murguma awaits with its unique kind of simplicity. The main attraction here is the dam made on the Saharjor river. Most of the water of this dam is used by local people for irrigation purposes. Surrounded by both hillocks as well as forests, this tribal village is completely isolated from what anyone would consider as normal life. The nearest market is around 15-20 kms away which means you better carry the things you need. Situated at the foothills of the Ajodhya Hills, this village lies within close proximity from the Begunkoder Village which is comparatively little popular among tourists. Villages like Mamudi, Leva, Bamni, Lakhipur etc, surround Murguma so that it can continue to amaze urbanites like us.

As we left the highway behind us and entered the village, there was a mini checkpost (not a real one) created with a rope held by two little boys from two sides. A group of little boys was eagerly waiting beside the rope for any car to come and some of them were counting the coins they have collected so far. As our driver opened his window, one of the boys asked, ‘saraswati pujo r jonno chanda lagibo (We need some contribution for the Saraswati puja).’ We gave them 50 bucks and moved on. What amazed me is their technique of using stopping any car coming through.

The GPS took us in the wrong direction at least two times. After asking a couple of local people, we reached our destination - the Bon Polashi Eco Hut. If you want to stay in Murguma amidst the nature, there are only two options for you i.e. Palash Bitan Jungle Huts and Bon Polashi Eco Hut. As the manager told us, a few friends came up with the idea of building eco-huts here and then they split up resulting into creation of two different cottages. It took us approximately 9 hours to reach Murguma as we made stops and lost our path a few times.

If you are traveling by car, you have to reach till Durgapur using the NH19. From Durgapur, you can either take the road towards Asansol or Bankura. Irrespective of the ways you take, you will end up on the Ranchi-Purulia road on the NH18. And, then let the GPS do the trick until you reach Jhalda. Upon reaching Jhalda, ask the local people for the fastest route.

Just the Nature of More than That?

After having a refreshing cup of tea at the Bon Polashi Eco Hut, I came to know about the local places that we can go to. The manager was happy to send one of his men with us so that he can show us the way to these locations. As we started our engine again after lunch to visit Deulghata, I asked the guide if we will be able to make it on time. He said, ‘chap liben na, ami achi toh (Don’t worry. I will take you to all the places).’

Deulghata: Located by the Kansai river, Deulghata is known for containing ruins of temples from Sen and Pal empires. As we reached there in late afternoon, it was quite an eerie for us to see trees entangling temples. However, the stucco style of architecture really speaks to you about the time for which these temples have been standing. As we approached the bank of the Kansai river, it was filled with groups wrapping up their picnic and leaving the river filled with dirt and unwanted plastic residues.

We stopped at the local market while coming back to our cottage. The fresh produce comes from the local farmers here and is much cheaper than the usual cost in the cities. By now, we decided to have a bonfire for which we had to pick up ingredients. Remember I told you that the nearest market is roughly 20 kms away. As we prepare for the bonfire, the guide keeps telling us how Naga forces have fought against the Naxals during the last decade. On our way back to the cottage, he even showed us a school which was occupied and later destroyed by the Naxals. However, he assures that this place is safe now and there is nothing to worry. From his appreciation for the Naga force, it seems like the battalion has done their job quite well.

View from the road 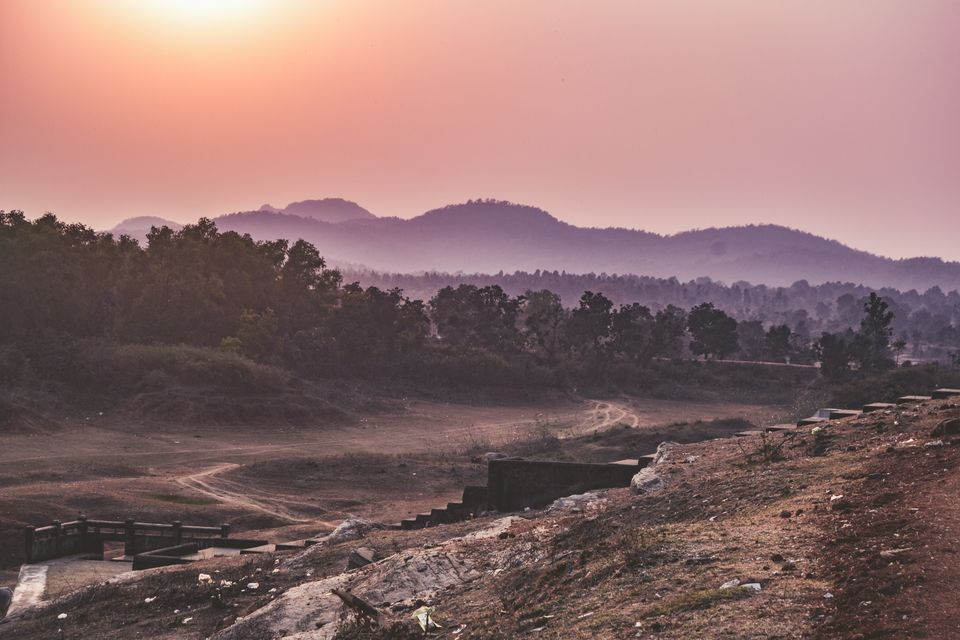 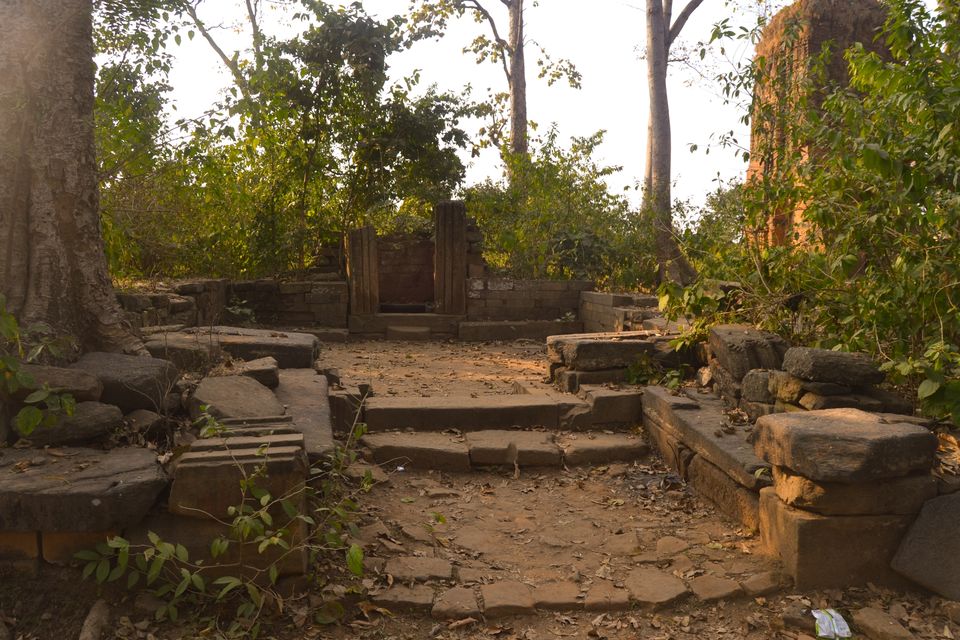 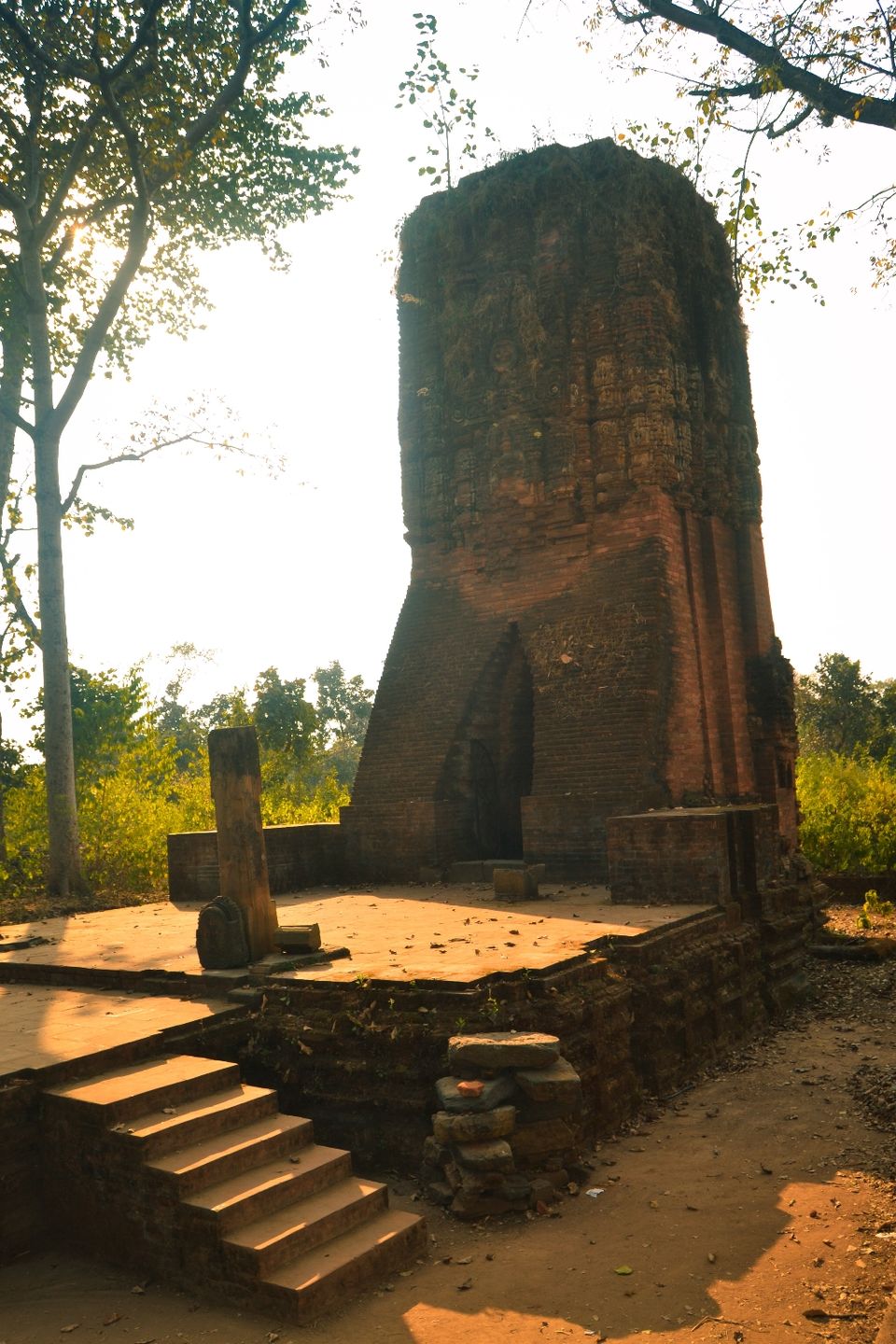 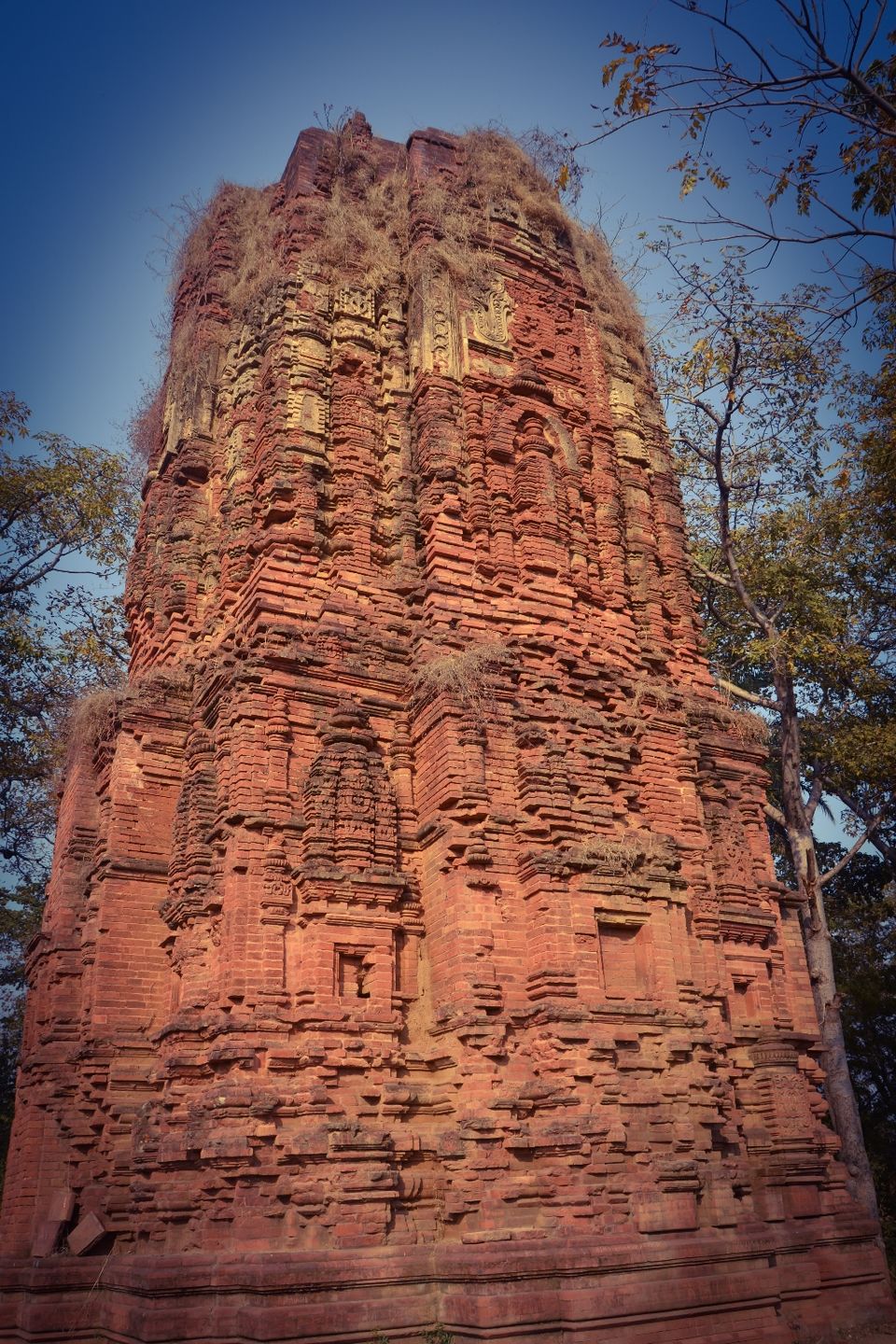 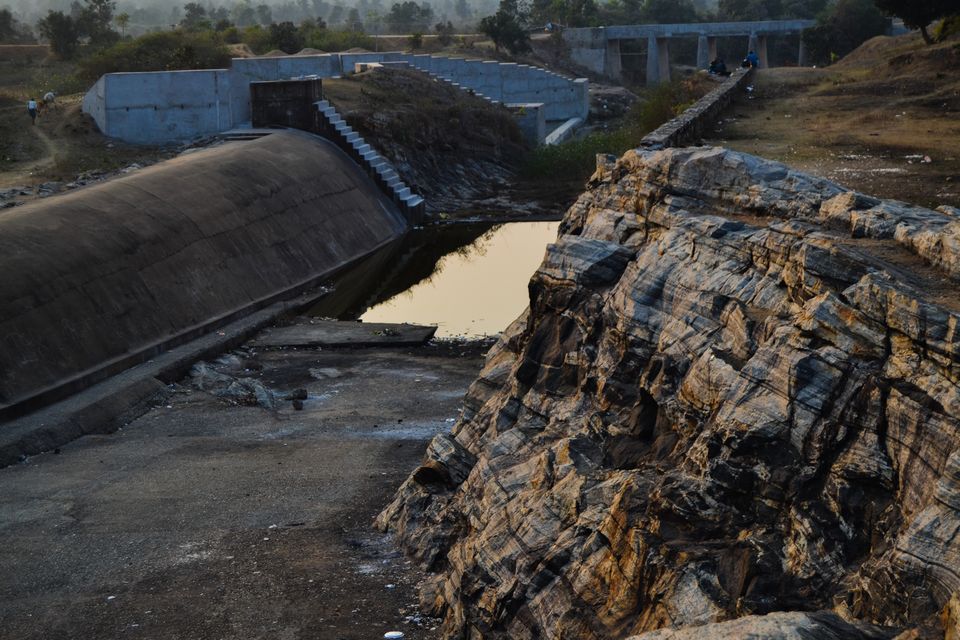 Another part of the Dam 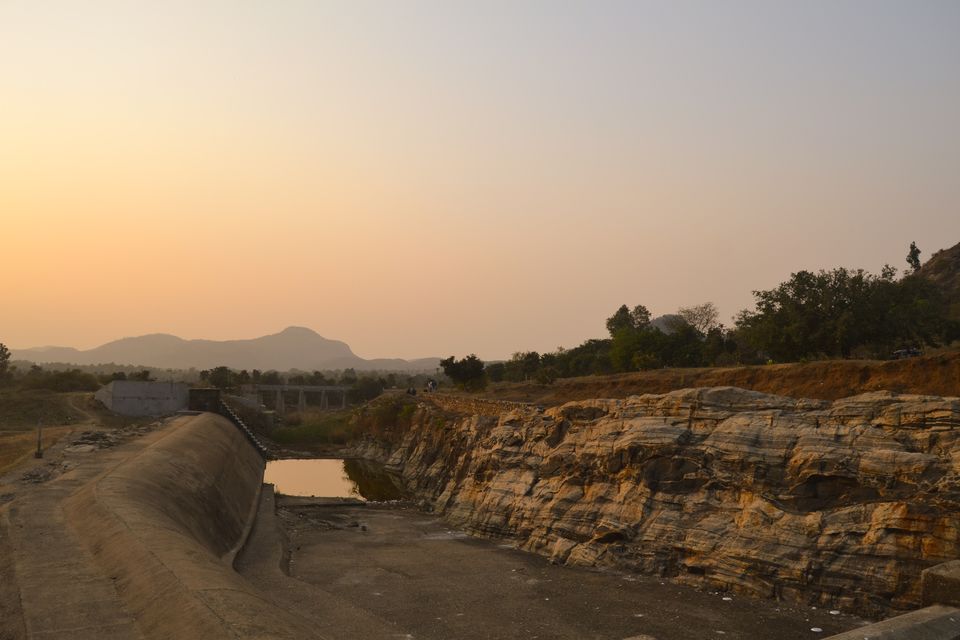 The local market 20 kms away from Murguma 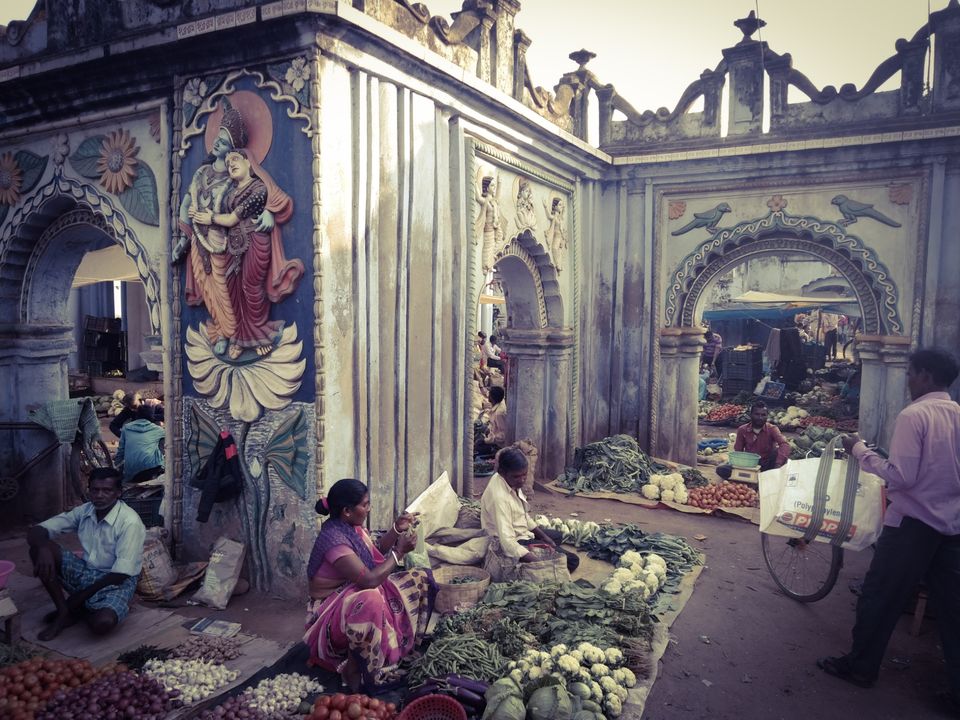 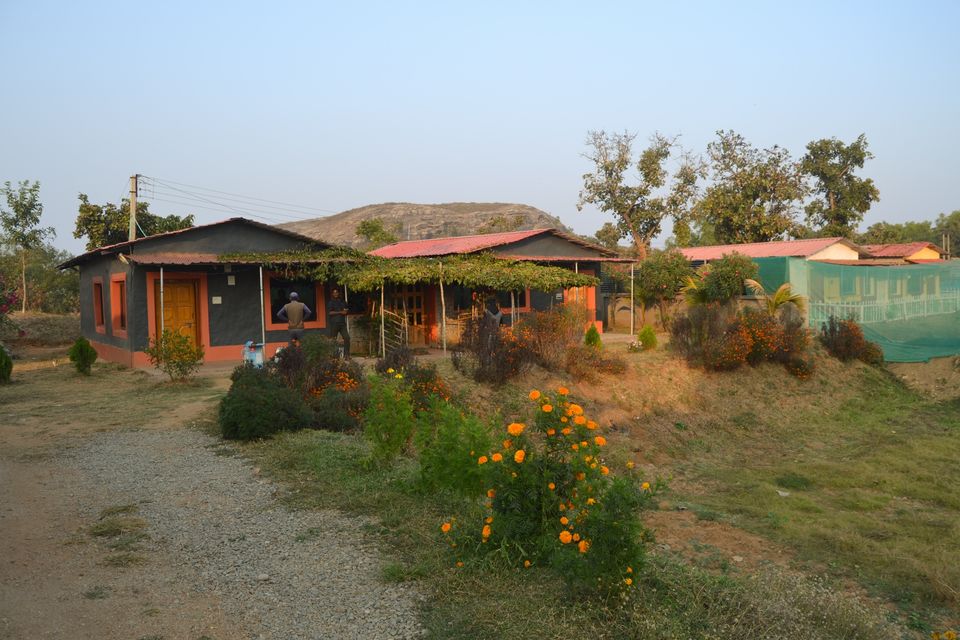 The stairs to the dam 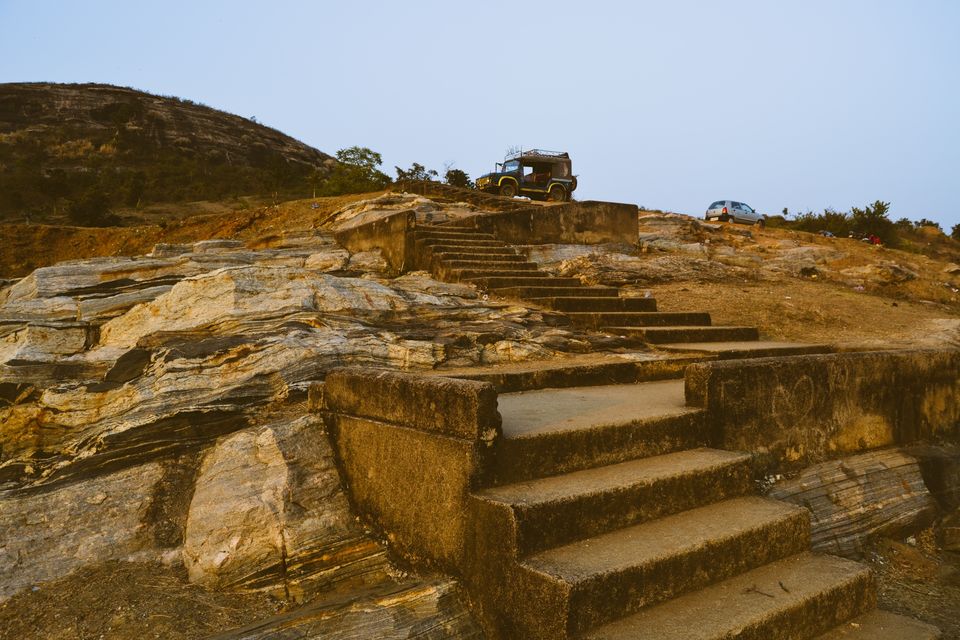 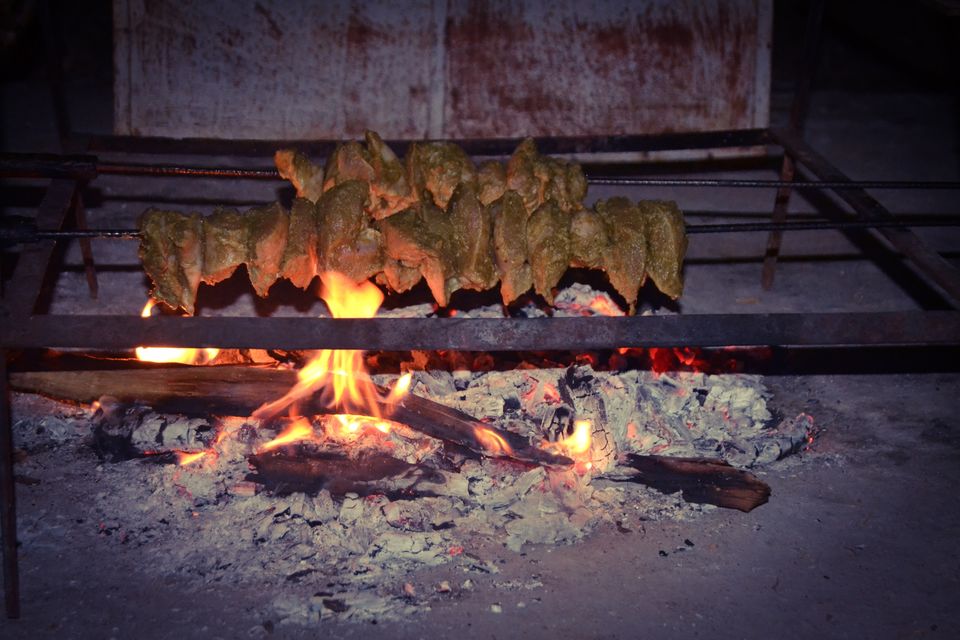 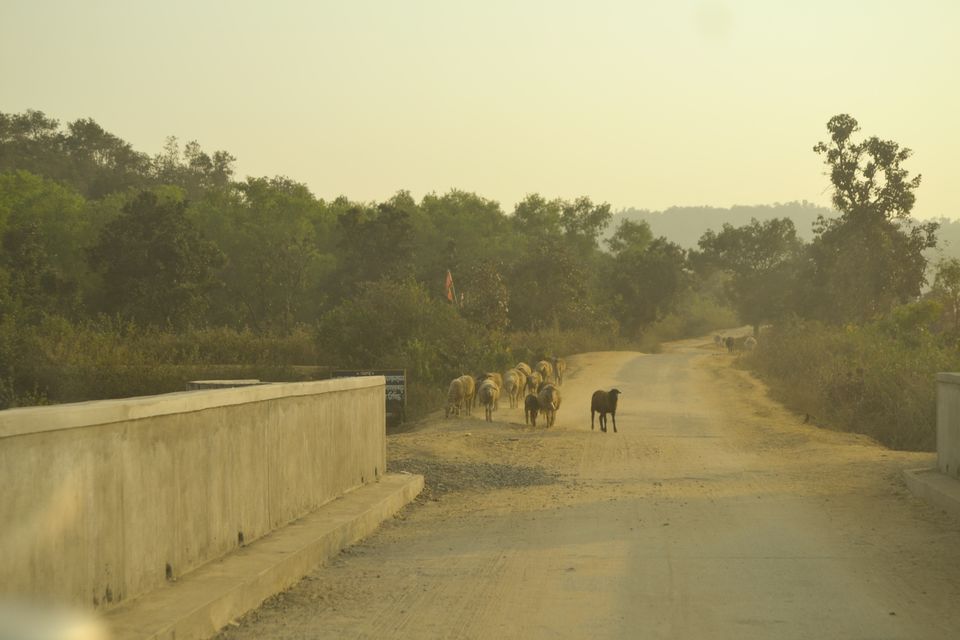 Picnics happening at the bank of the Kansai River 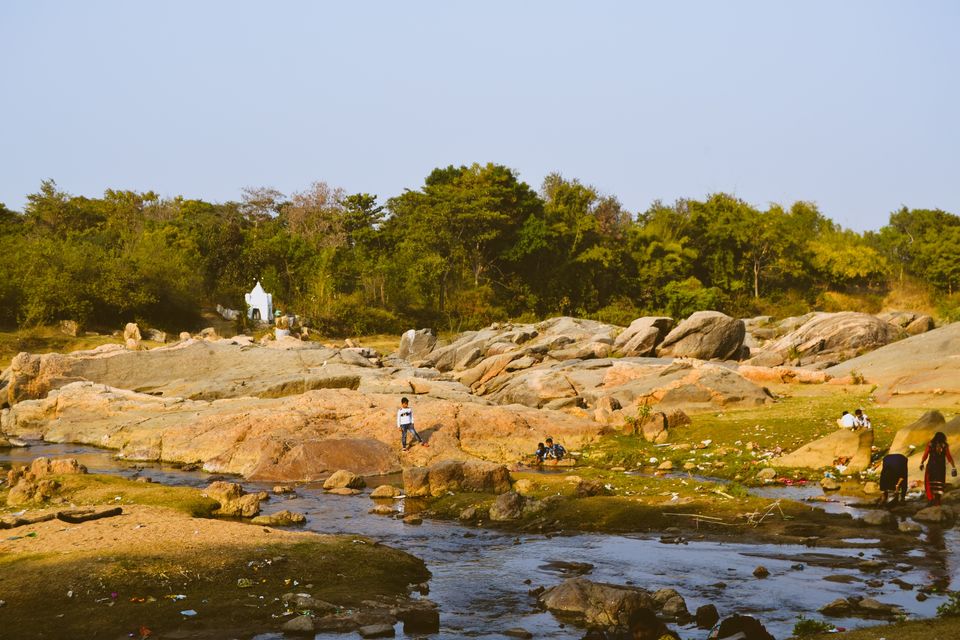 The Bridge over the Konsai River 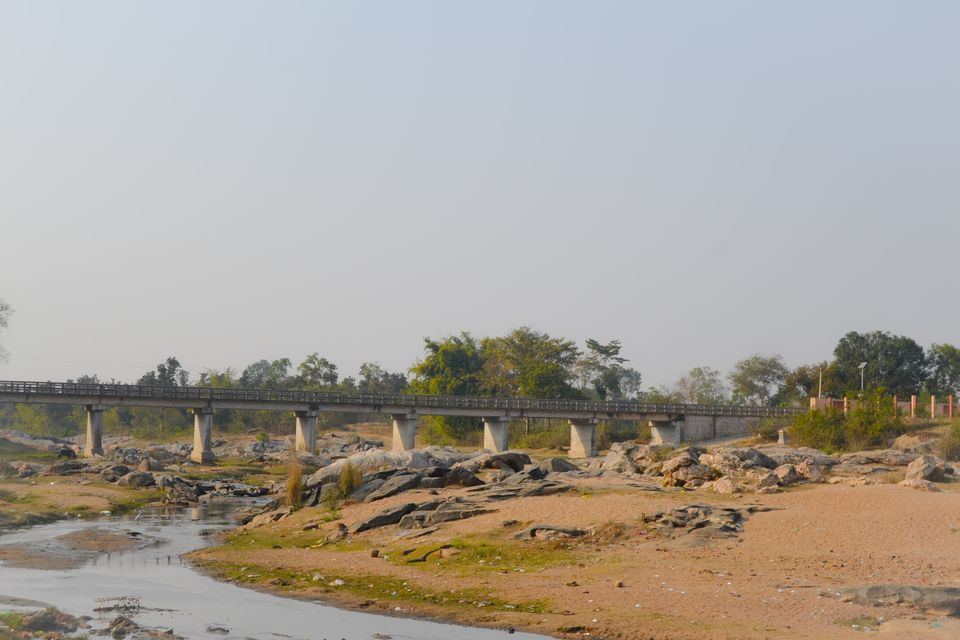 Waking up to the roosters’ crow next morning, we decide to quickly get ready and carry on our endeavor of enjoying the natural beauty. The engine starts once again and the guide starts showing his true prowess in giving directions.

Crossing narrow lanes through the heart of the jungle, we reached at our first destination today. As our guide said an interesting story about the formation of the marble lake. Rocks were quarried from this site for the purpose of building the dam and then this lake got its shape with the rainwater.

I will remember Bamni Falls for rest of my life primarily because of the slopes in the path that lead to the point from where you can actually see it. You have to extremely careful while going down and even more careful while making you way up. But it is not hard if you make a few stops and take time to appreciate the beauty. With moist air all around you, you are bound to have an uplifted spirit. While you can hear the sound of the waterflow, you will see that the rocks here are actually hiding behind green bushes. This falls comes under the Baghmundi block.

The traditional Chhau dance combines tribal traditions with folk and martial arts. Apart from Purulia, Chhau dance is said to be practised in Jharkhand and Odisha. There is a locality here which makes all masks for Chhau dance. The dance is usually performed by male dancers who dance to folk music.

Our next and last destination was the Upper Dam and Lower Dam. Both are an integral part of the Purulia Pumped Storage Hydel Power project.

On the Way Back

After having lunch on the second day, we started our journey back home with atypical melancholy. Perhaps we were not ready to leave the peaceful rural life yet. 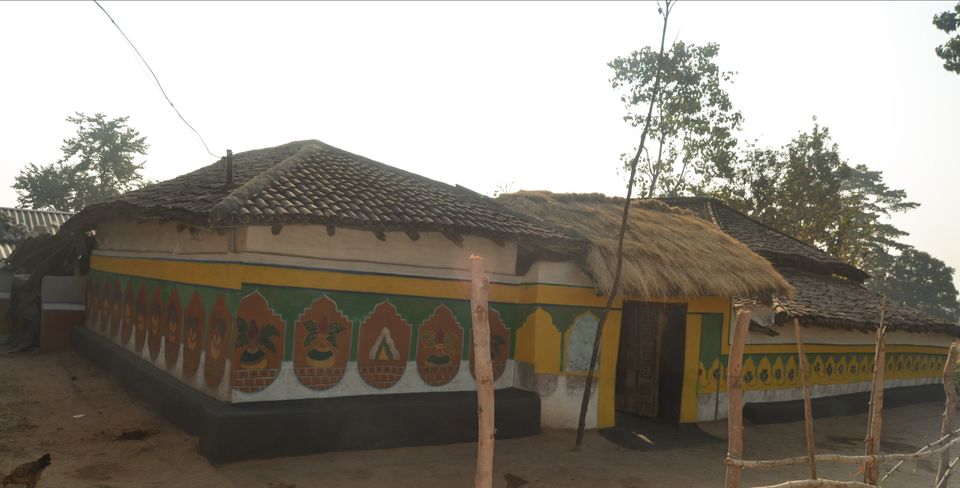 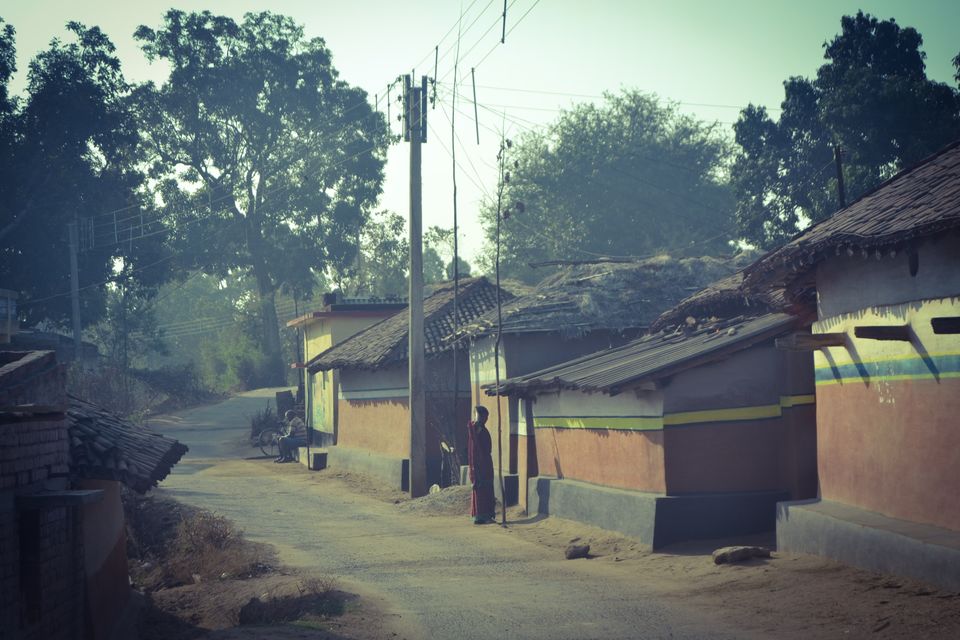 The road leading to the Marbel Lake 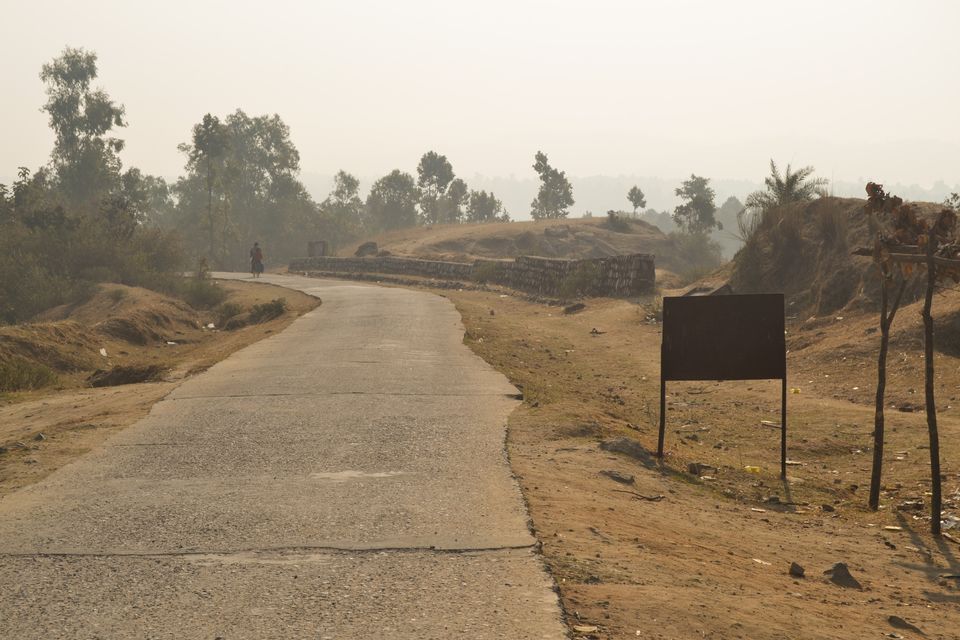 The Marble Lake made with Rainwater 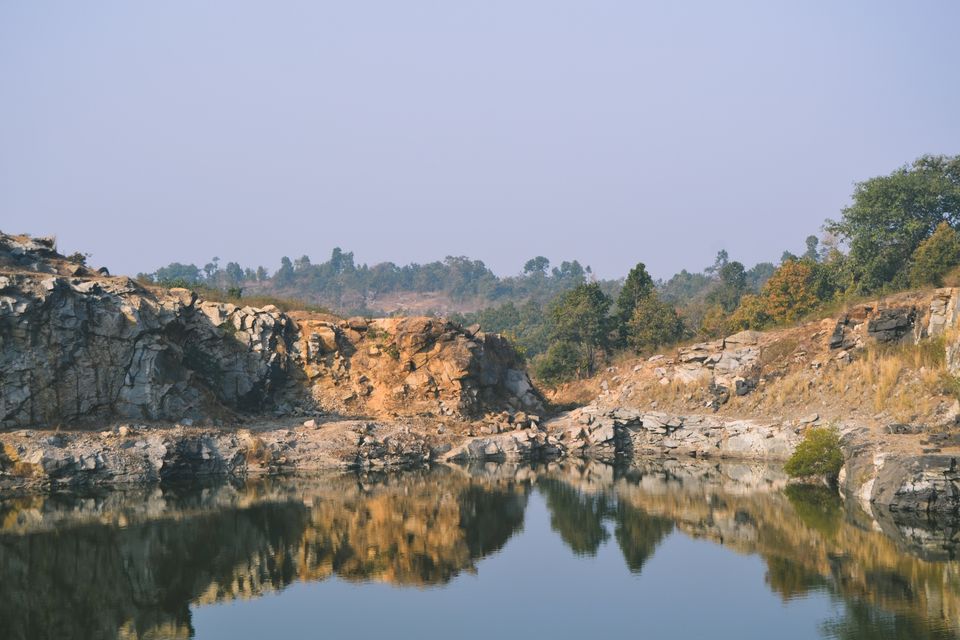 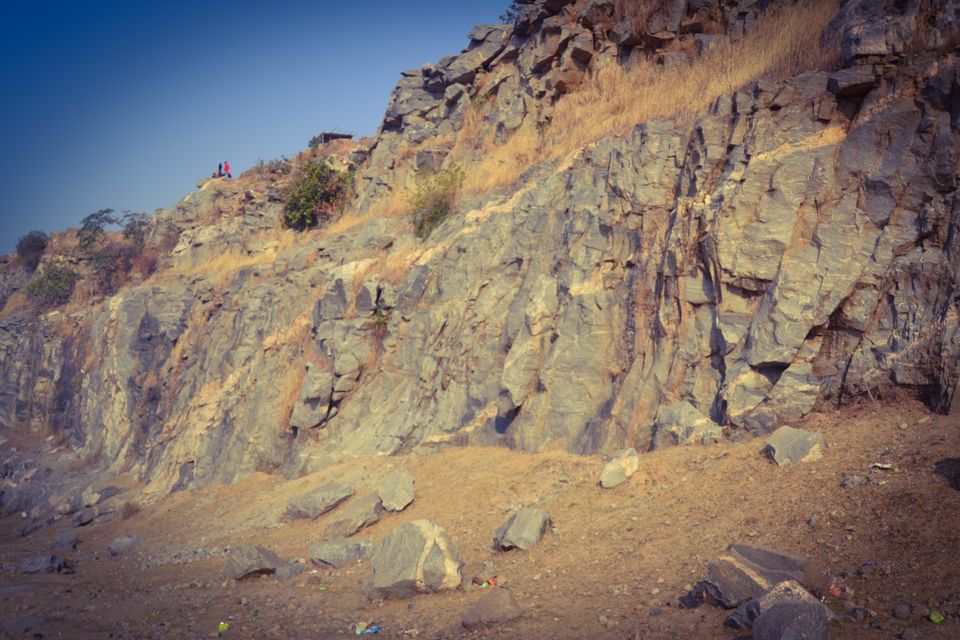 The road to Bamni Falls 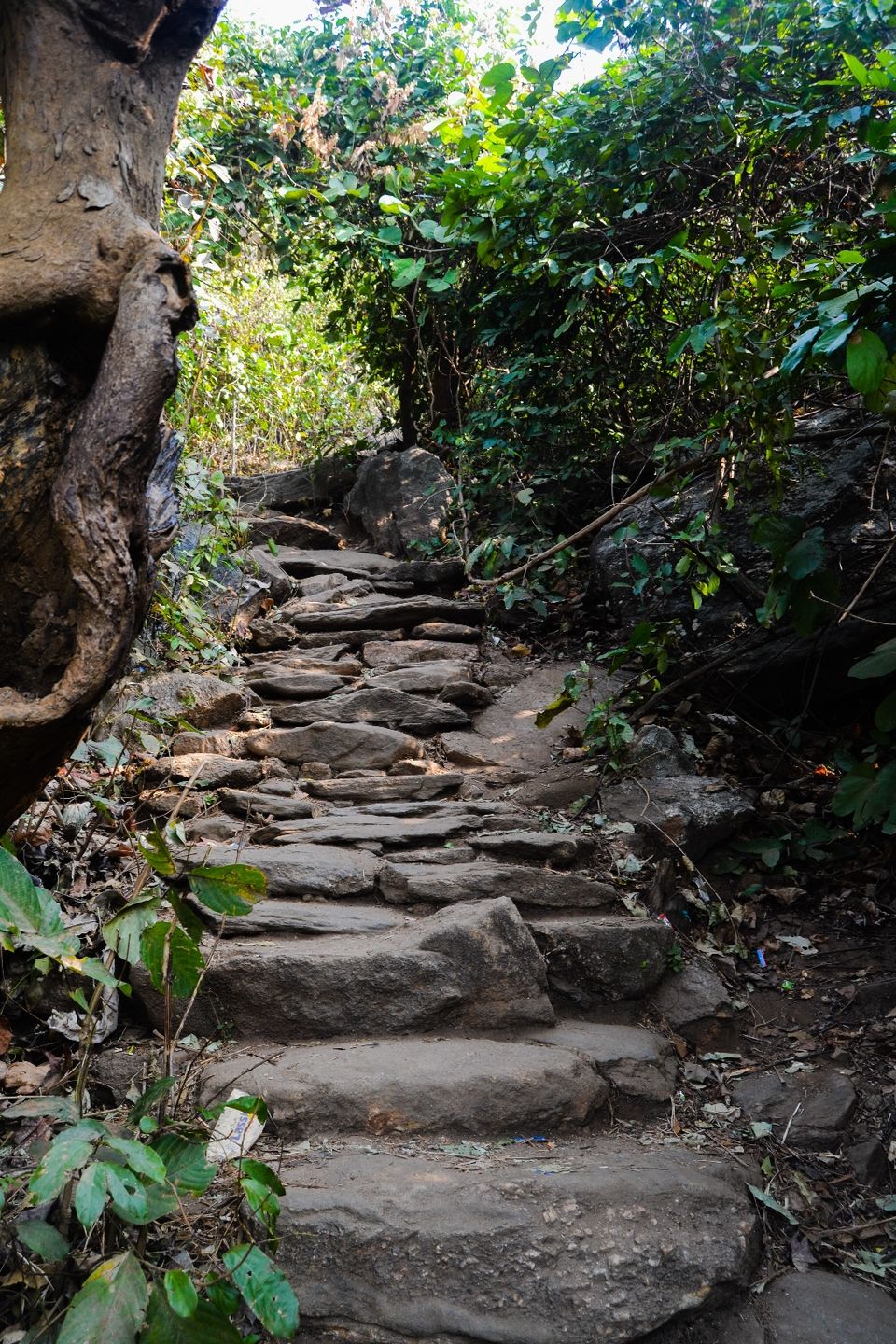 The road to Upper Dam 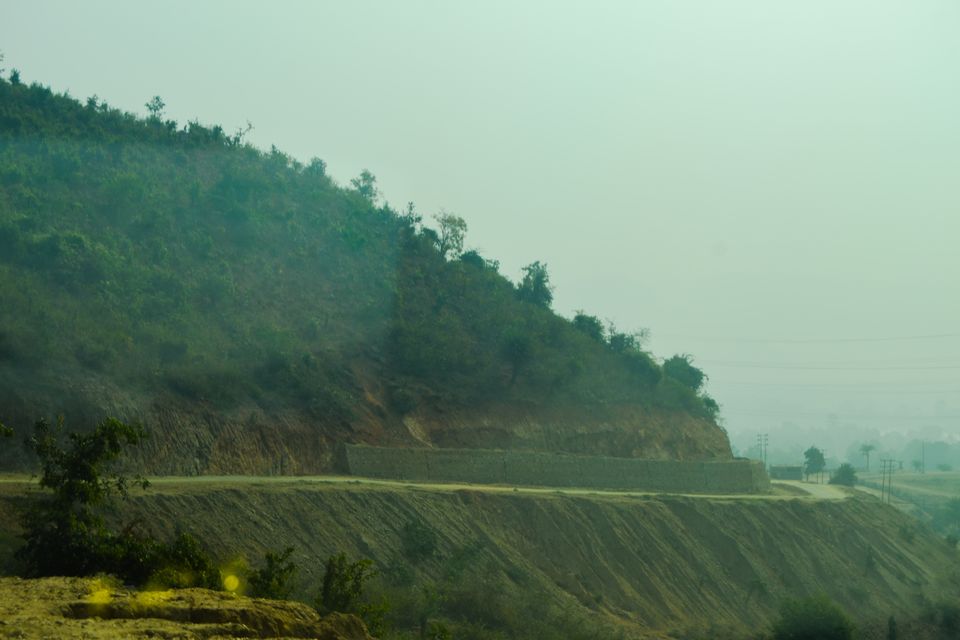 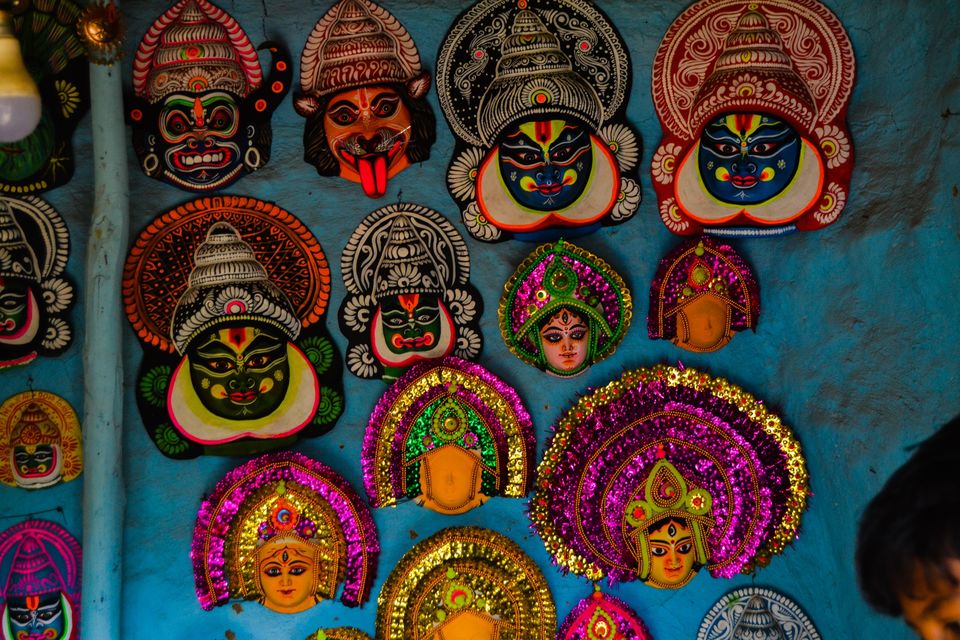 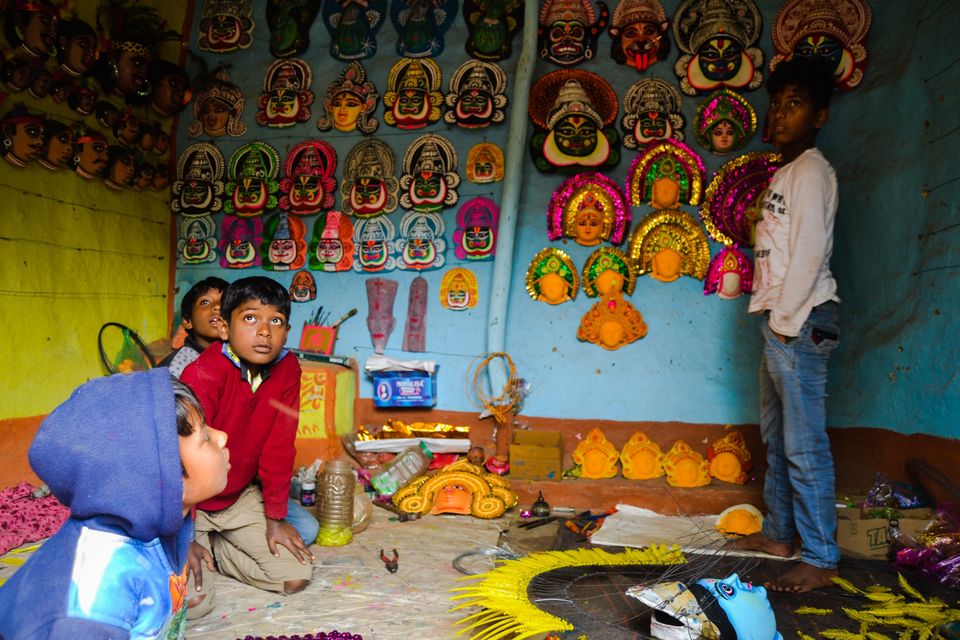 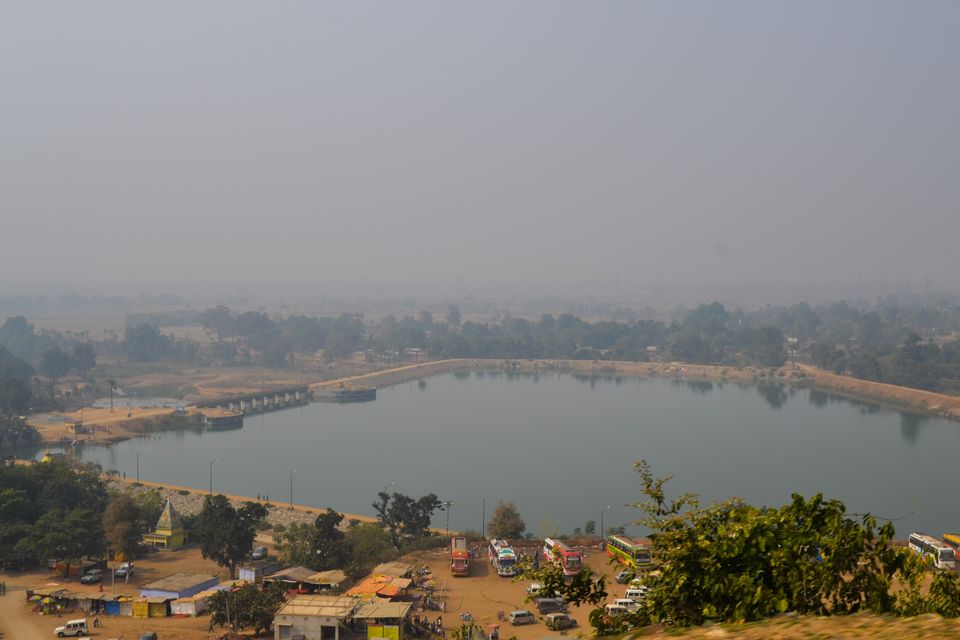 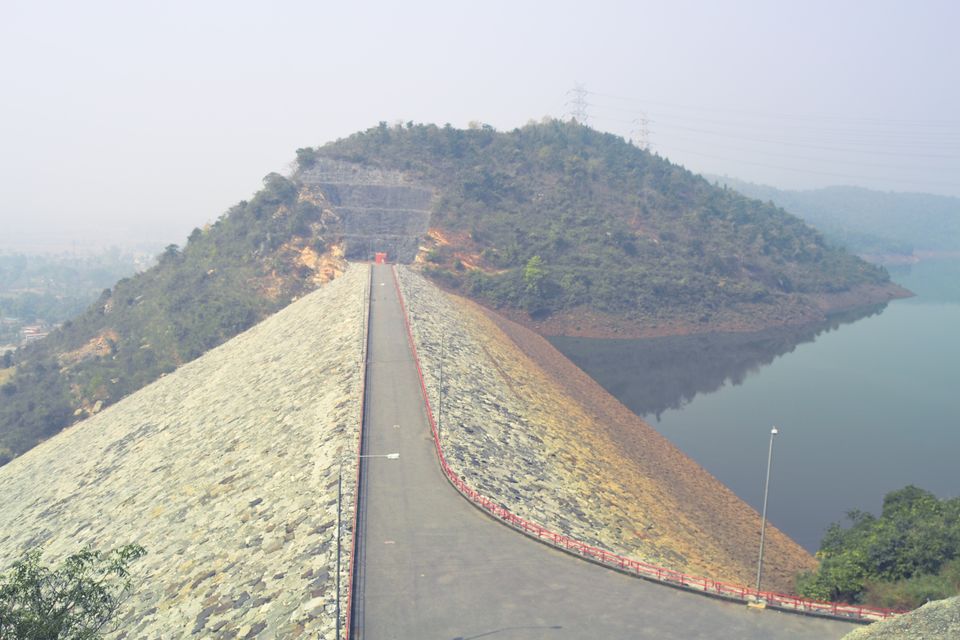 Me at the Marbel Lake 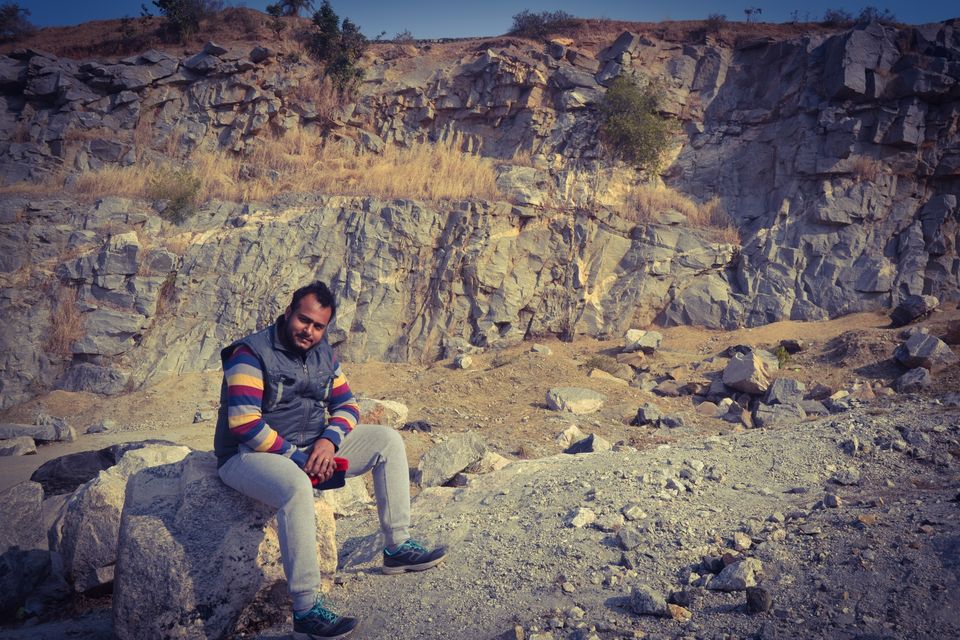 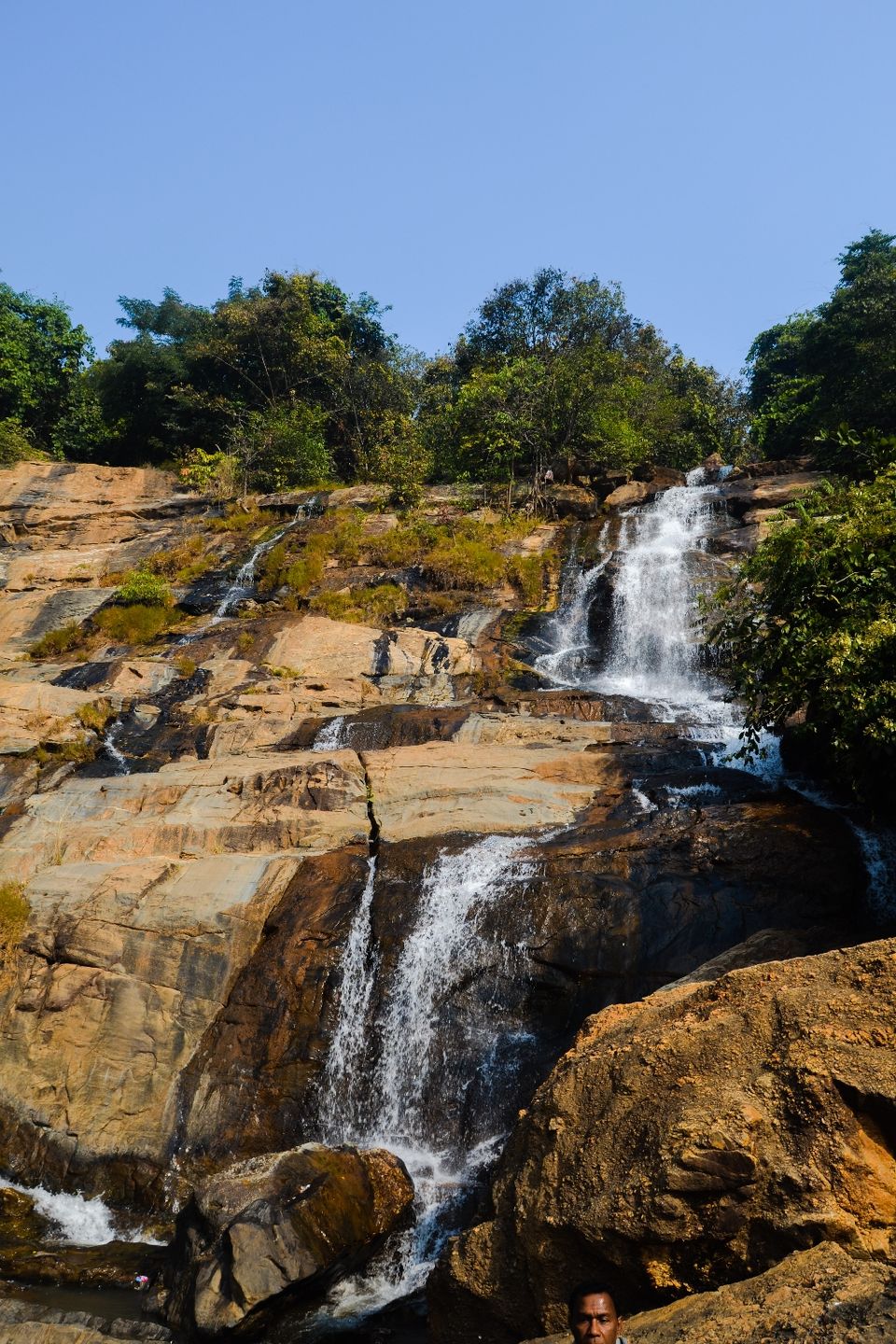