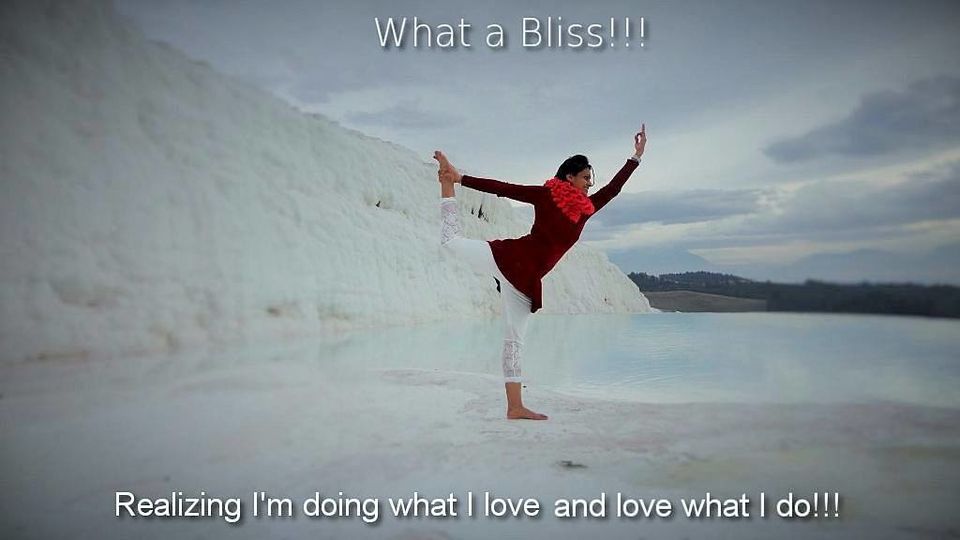 Turkey is a parliamentary republic in Eurasia situated at the crossroads of the Balkans, Caucasus, Middle East, and eastern Mediterranean. The country is home to some of the most alluring destinations. A Mecca for art and history lovers, the stunning Turkish land is shrouded in an elegant archaic aura. It was my deep desire of touching two continents at once!!! Continent hopping in Istanbul. Hands-down one of the best travel destinations on the planet. 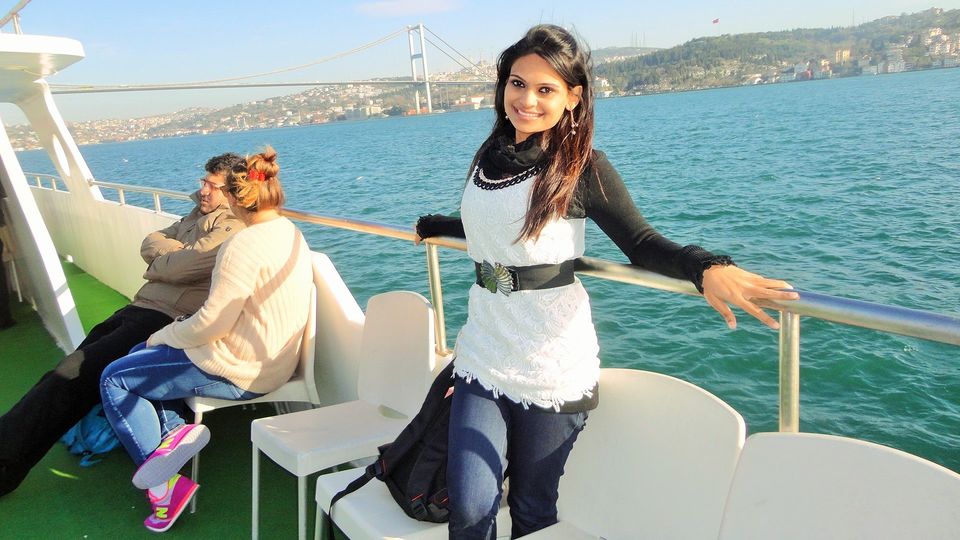 World’s only naturally occurring transcontinental city in the world bridging two continents - Europe and Asia. With its feet set in Europe and its body sprawling into Asia, Istanbul at once is Western and Eastern, modern and archaic. The magic of Istanbul will enchant anyone with its tall minarets, beautiful mosques, buzzing markets and vibrant culture. This Turkish city has attracted the likes of some of the greatest empires in history, such as the Greeks, the Romans, and the Ottomans. Its mesmerising to witness the sun setting in the background of Istanbul' s beautiful skyline.

Istanbul caters to tourists from across the world, from history lovers to foodies and artists. I wanted to have glimpses of this beautiful city and so by taking the morning tour, I immersed myself in Istanbul’s six best sights. It was like fitting all of the best attractions into one packed day. Strolling on Istanbul’s historic Sultanahmet neighbourhood, brimming with iconic buildings and storied streets was a great delight. Next I ventured into Sultan Ahmed Mosque/Blue Mosque, one of the most important sites in the Muslim world. It was a feast to the eyes admiring its six signature minarets and many ornate Iznik tiles that come together to form its dazzling blue walls.

Blue Mosque with its signature 6 minarets 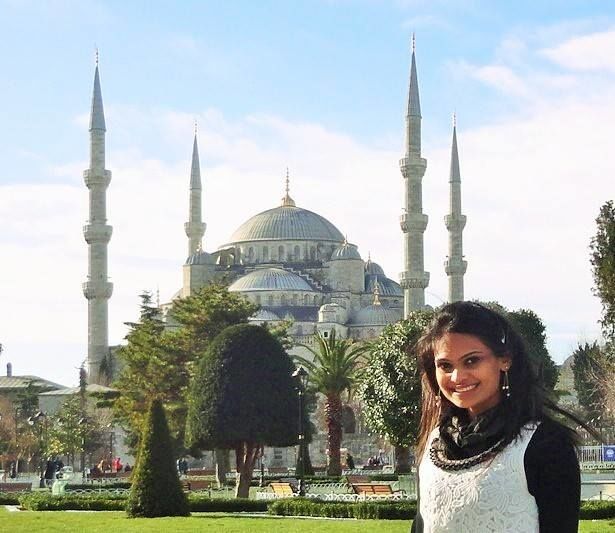 Thereafter, I delved into history of the Hagia Sophia, an UNESCO-listed museum that was once a church and a mosque. Hagia Sophia is closed on Mondays.

Next, I strolled over Topkapi Palace, a crown jewel of Istanbul wherein, I explored its intricate corridors and intimate rooms where sultans once entertained elite guests—and were entertained by their harems. Guide pointed out interesting bits of backstory to the rooms, bringing to life this ornamental palace and museum. Topkapi Palace is closed on Tuesdays.

After a while, I moved on to the Hippodrome, where one can admire a granite Egyptian obelisk that was a gift to Istanbul. At one point, this location was marked the epi centre of the city’s sports life and also served as a political centre. 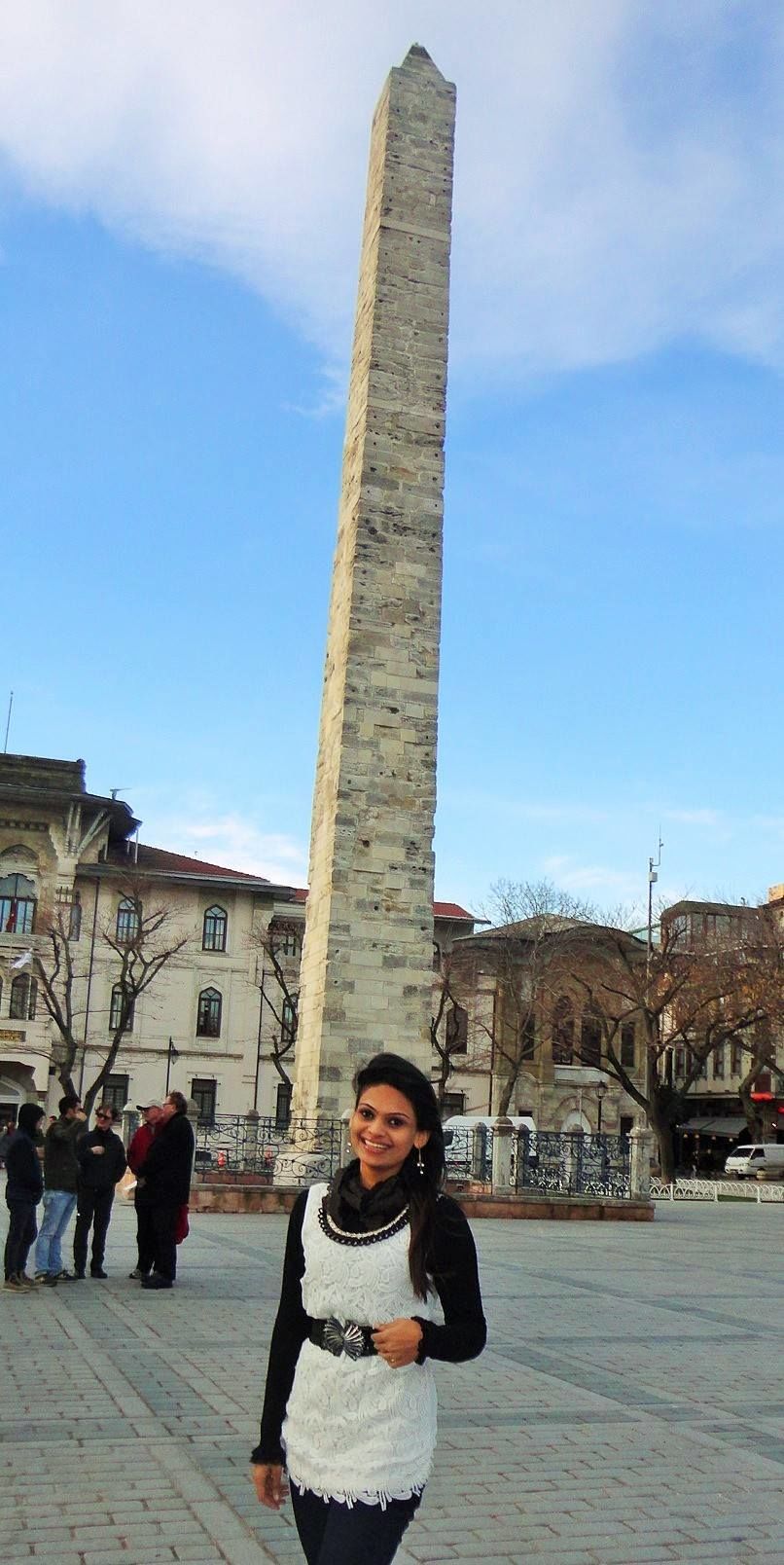 Just as I was about to move to next destination I heard a sound of big explosion. It was a bomb blast at Sultanahmet Square right where I was half an hour before the explosion. God is the saviour. It was such a narrow escape from death. The cops ordered to shut down everything. My tour was called off. After a short while, everything was in order and people resumed their chores. I covered my remaining spots on my own and visited Istanbul’s sunken palace, the Basilica Cistern, one of the biggest ancient cisterns in Istanbul.

Dressed as an Ottoman Princess 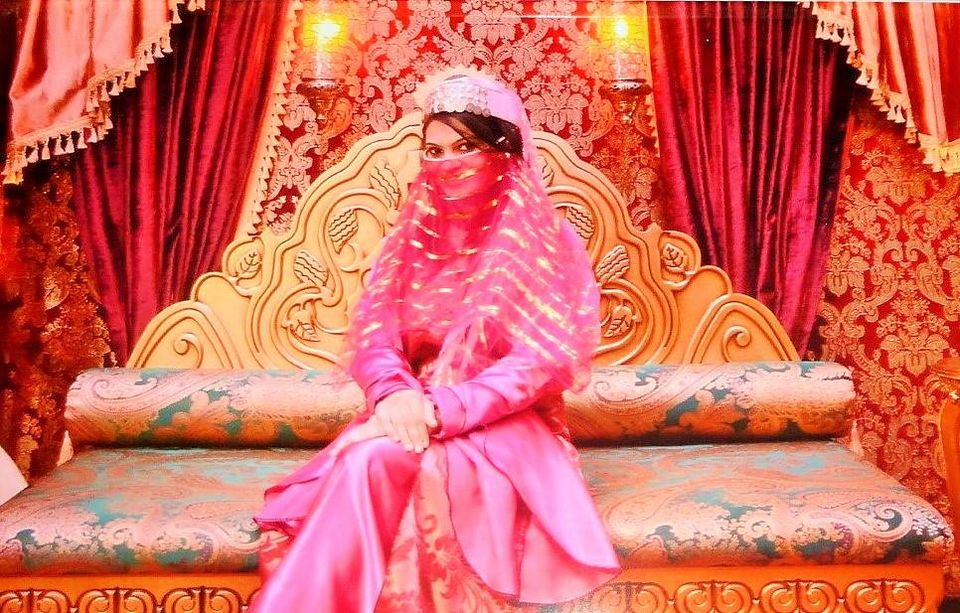 The final stop was one of the most iconic which one surely can not miss out: the bustling Grand Bazaar. It was a great stroll through its colourful alleys, more than 60 in all, in awe of the crafts, smells, sounds and sights. As one of the most famous souks in the world, you won’t want to miss this. Grand Bazaar is closed Sundays.

The afternoon tour started with a pickup at my Istanbul hotel (European-side). The tour was about the stroll through the entrancing Egyptian (Spice) Bazaar and a cruise along the landmark lined waters of the Bosphorus Strait during the 3.5-hour guided tour in Istanbul. After the pick up from hotel, the guide drove me to Istanbul’s Spice Bazaar where there were abundant spices and a wide range of selection for edible treats. One must taste Baklava while in Istanbul. If you don’t taste it your trip to Turkey is not complete an important part of the country. Baklava is a very old pastry. Many ethnic groups with ancestry going back to the Middle East claim the origin of this luscious pastry. The historical documentation is not solid, yet there is strong evidence that its origin comes from Central Asian Turkic tribes. The recipe may sound too easy to be true: chopped nuts are spread in between the phyllo (yufka) layers, dressed with butter, baked and sweetened with syrup or honey. But the excellence depends on the quality of the flour, the thinness of the dough (phyllo) and the proportion of the syrup. 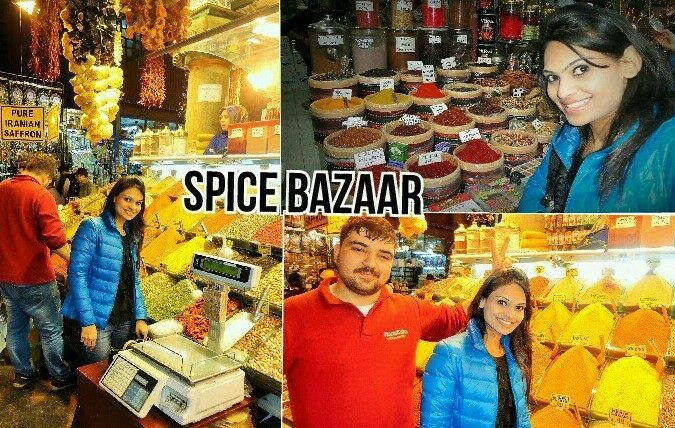 Guide explained about this lively and fragrant marketplace that has been in operation since the 17th century. Walking through the colourful corridors filled with stalls emanating aromatic herbs and spices was an experiencing in itself. The locals prove to be wonderful hosts, enhancing the experience with their friendly demeanour and generous attitude.

I departed from the marketplace and reached the waterfront for Bosphorus Strait cruise. Guide explained how this historic expanse of water links the European and Asian continents. After I boarded the ship, the vessel cruised by the Dolmabahçe Palace. I admired its elegant façade. Then, I saw one of the largest Ottoman palaces Beylerbeyi Palace and learnt about the sultans who spent time off here. Then the cruise continued along the European side and I saw the impressive 15th century Rumeli Hisari. The magnificent coastline of Turkey warms the soul while you cruise and take in the pretty sights. 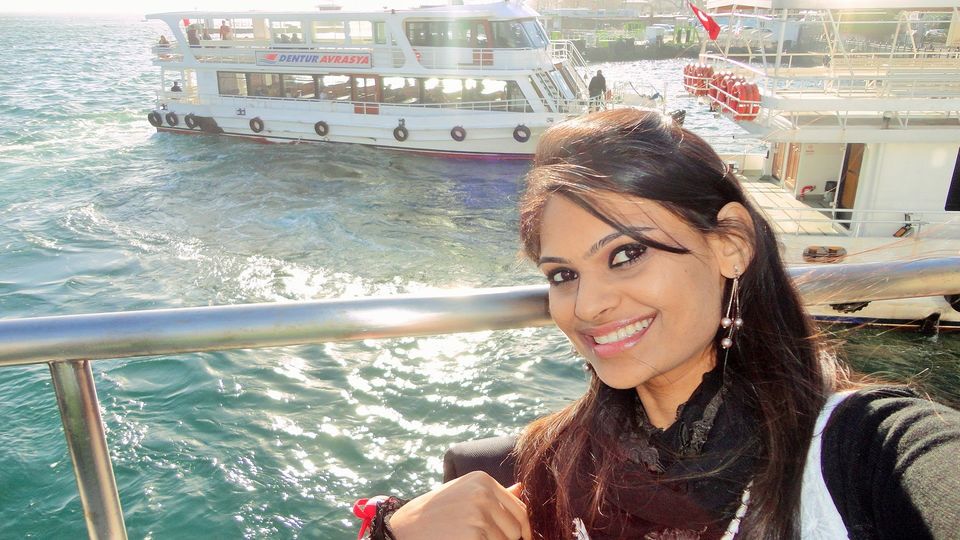 As the boat took U-turn and strolled back along the Asian side, I enjoyed the glimpses of less visited fortresses, mosques and palaces of which speckle the Bosphorus Strait’s coastline.

The Golden Horn (Halic) is a horn-shaped fyord on the European side of Istanbul and is fed by two small streams. It is considered to be the world’s largest natural harbour that separates the European shore of Istanbul into two. It’s a harbour where Byzantine and Ottoman fleet and commercial ships were anchored. Today, it's surrounded by parks and promenades with ancient sites around it. Its name comes from the colour of the water when at sunset it shines with a gold colour because of the reflection of the sun. The best places to observe the Golden Horn’s activity and grace are the Galata Bridge if you want ringside seats, and the Topkapi Palace or Pierre Loti Café if you prefer a bird’s-eye view. 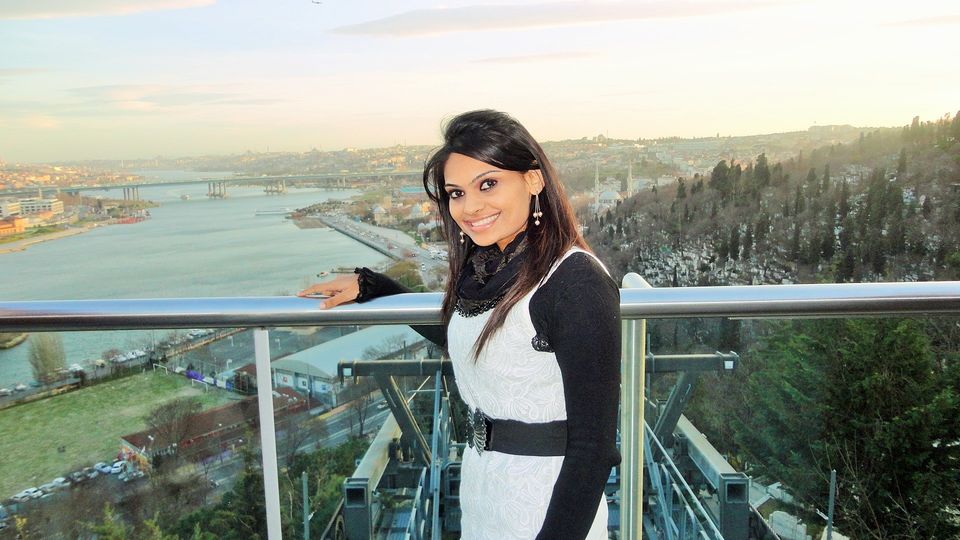 After the boat had docked hop back there was a transfer back to hotel where the tour concluded.

After Istanbul, next place in Turkey I explored was a land which seems to be a fantasy: Cappadocia!!! Its fairy chimneys are unique to Turkey. What a sight to watch the lunarscape panoramas with the geological oddity of honeycombed hills, spectacular & surrealist landscape of rock caves, capped pinnacles and fretted ravines in colours ranging from warm tones of red and gold to cool tones of green and grey & towering boulders of otherworldly beauty. 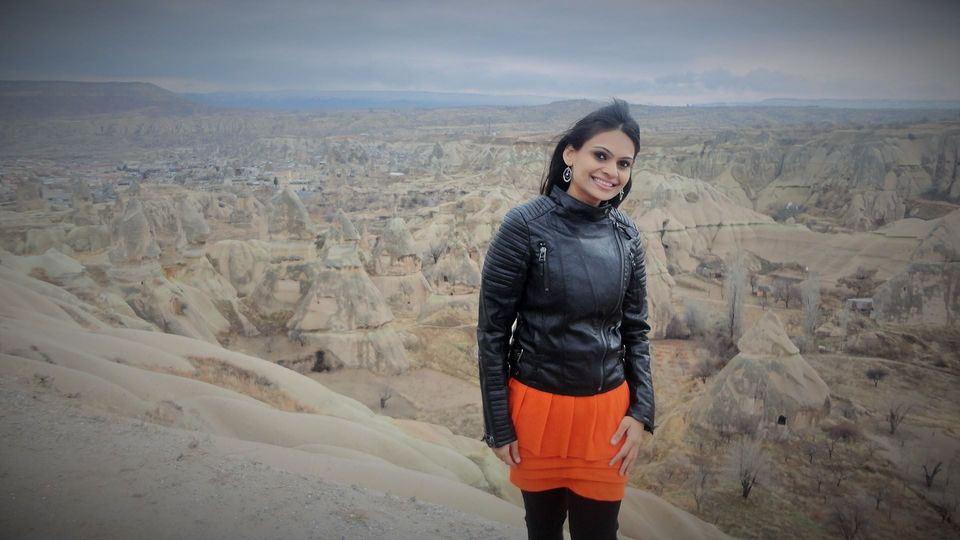 It was marvellous to watch the valleys shaded in a palette of dusky orange and cream. Soon the weather changed and it started snowing.

Snowing in the land of chimneys: Cappadocia 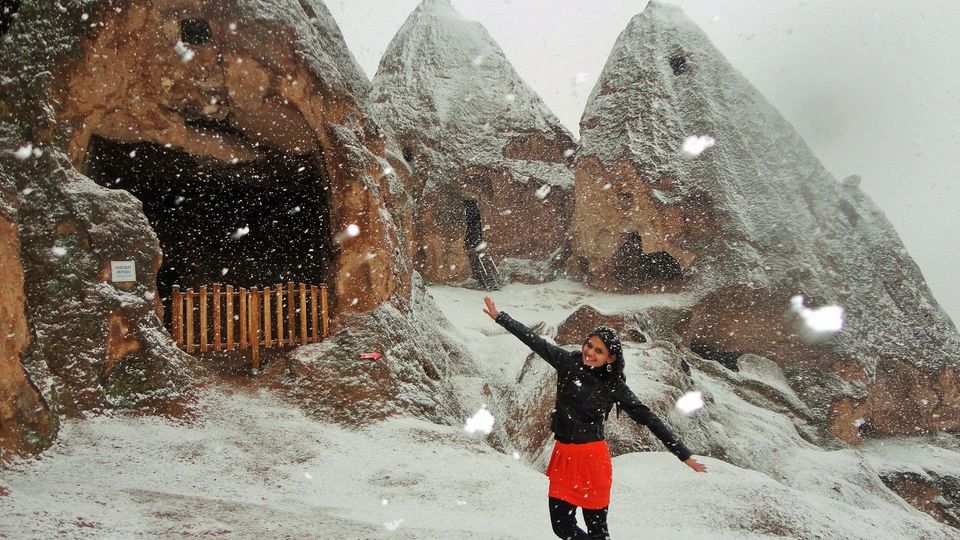 Hiking in Ilhara valley was an absolute joy. Ihlara is a gorge cut by a deep green river and red cliffs, and the tour guide called it the "Turkish Grand Canyon". The scenery was gorgeous, and in addition, there were Byzantine churches galore for exploration. 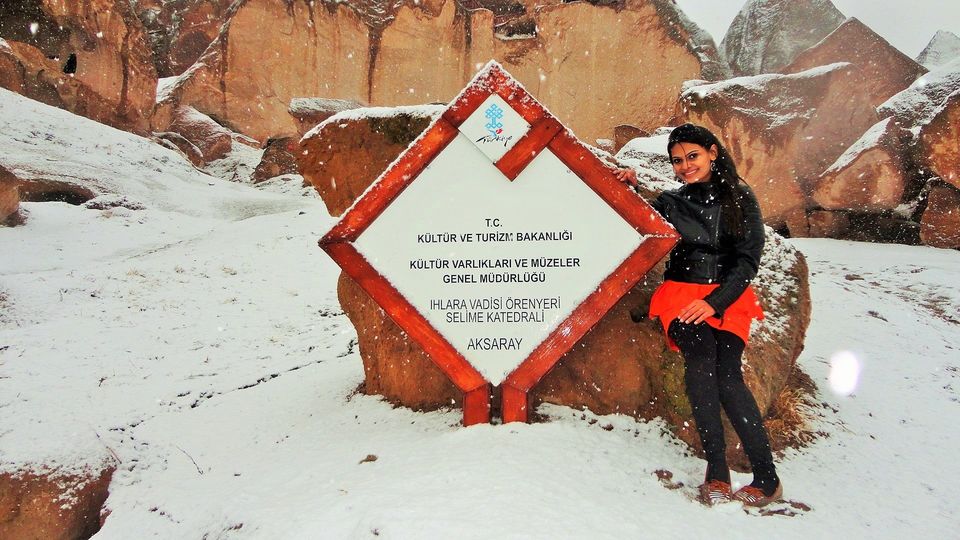 The most captivating experience for me was chanting “Om” in the underground caves of Derinkuyu as the voice echoed everywhere. Bedding down in one of Cappadocia's cave hotels is an experience in 21st-century cavern dwelling truly bagging the rights of unique accommodation. Words are inadequate to describe the beauty and charm of Cappadocia. Its craggy ridges are perfect for hiking while its scenic beauty can be captured brilliantly from a hot air balloon. 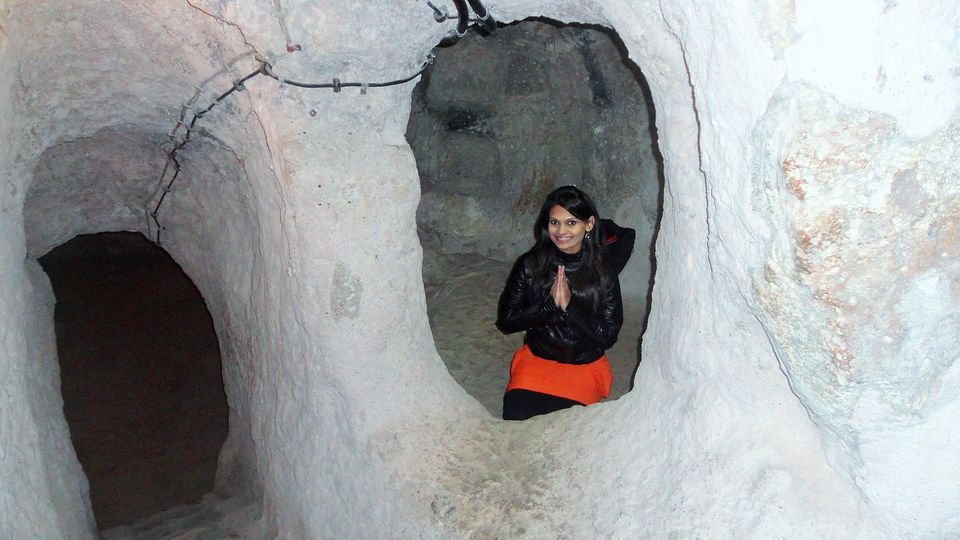 Next I ventured into the place which is the highlight of this tour for me: Pamukkale. Turkey’s most famous natural wonder that is a MUST VISIT. Its pristine white terraces amid the green landscape will leave you wondering at nature’s bounty. The Cotton-Candy Beauty of Pamukkale, Turkey.

The Cotton-Candy Beauty of Pamukkale, Turkey. 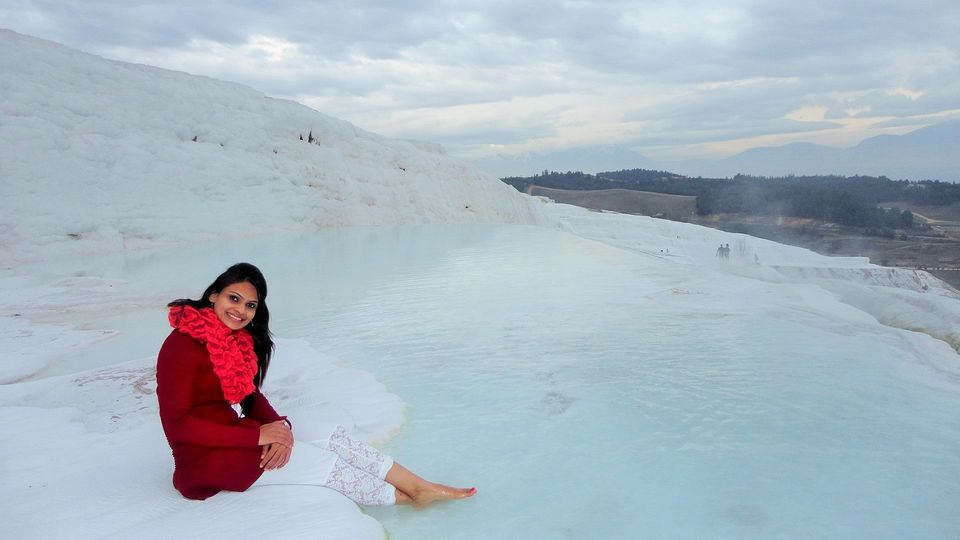 How do I describe Pamukkale? A land of wonder/ a fantasy land or a dreamscape!!! As if plucked from a whimsical fairy-tale, Pamukkale (Cotton Castle) is an epiphany of a landscape – the stuff of psychedelic daydreams. For hours and hours one can marvel at the petrified lime cascades of this stunning natural wonder. This bleached-limestone plateau is a dazzling sight, wherein, the graceful ripples and convolutions appear, forever frozen into the rock. 50 feet snow-white stalactites, evenly-stepped travertines and water rivulets glint in the sun. Still, shallow petal shaped pools mirror the bright blue sky. Wading barefoot through a basin seemed like walking upside-down on the sky. The beauty is so overwhelming, so unexpected that words cannot do it the justice.

Soaking my feet in thermal springs of Pamukkale 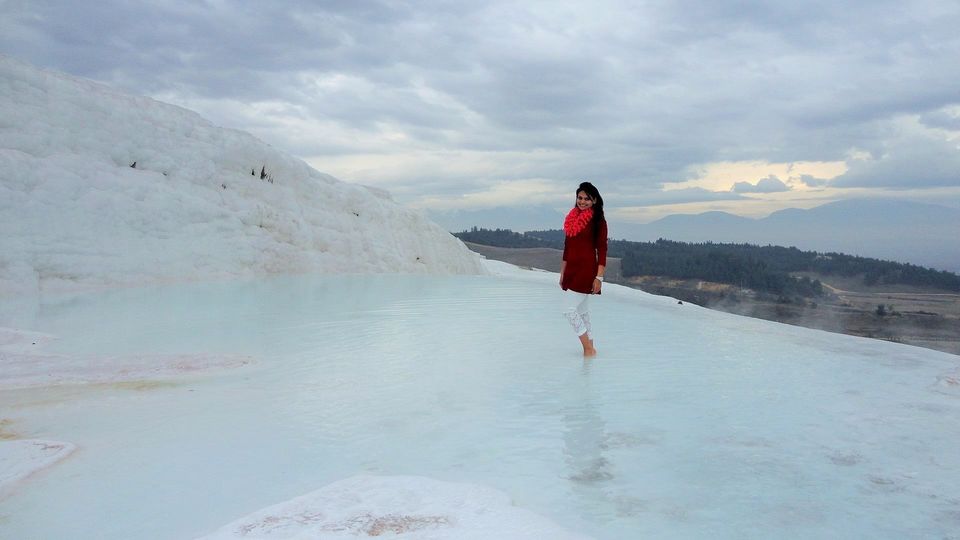 As if sheer beauty and a dip in curative thermal waters weren’t enough to make Pamukkale interesting, it shares its cliff site with the well-preserved fascinating ruins of an ancient Roman city called Hierapolis (“Sacred City”).

Ruins of Roman Theatre — at Hierapolis 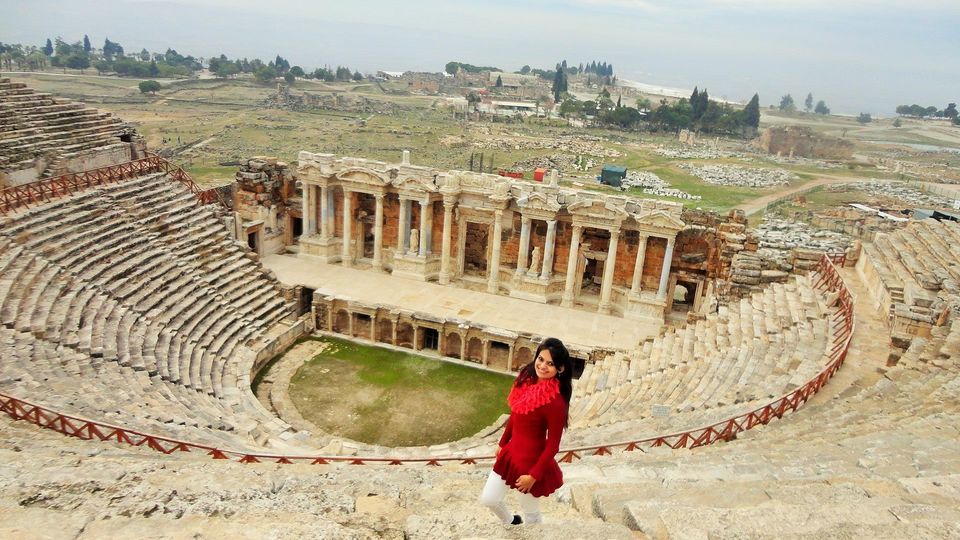 I can’t wait to go back to this beautiful country! If you have never been to Turkey I highly recommend that you visit, you will really be amazed at the things you will see and experience. It’s amazing to see so many entrepreneurs in a foreign country working on trying to build something new and innovating. When you visit Turkey you just feel a huge pulse of life. Everyone goes out and has a great time. Its one of the finest destinations I have visited.