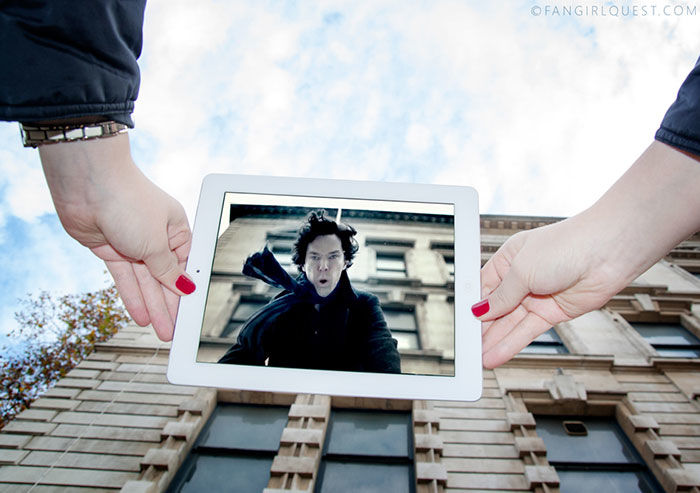 'Oh! I've seen that in a movie.' Isn't it always an unbelievable deja vu for travellers when they set foot on exotic destinations seen oft onscreen?

Fangirl Quest began with an epic 2000 mile road trip across UK visiting several filming locations. The three Finnish girls were out on the road for a couple of weeks doing what they did the best.

The photographs of several movie locations covered on that road trip took their tiny car further ahead. They covered 7500 miles across North America and the incredible 'Sceneframe Photographs' (that's what they like to call it) promise to take you on a real journey through reel life.

So let's go where they filmed these! Castle Ward and Its Grounds An Hour South of Belfast, Northern Ireland's Capital Sherlock On The Rooftop Of St Barts Hospital, London (aka Fake Bakers Street) Sherlock's Jump From The Roof Of St Barts Hospital, London The Beatles Are Back On Abbey Road You have an interesting travel story too? Reach out on the comments section and share your travel tale.