Real Life Places That Became Popular Because of TV Shows 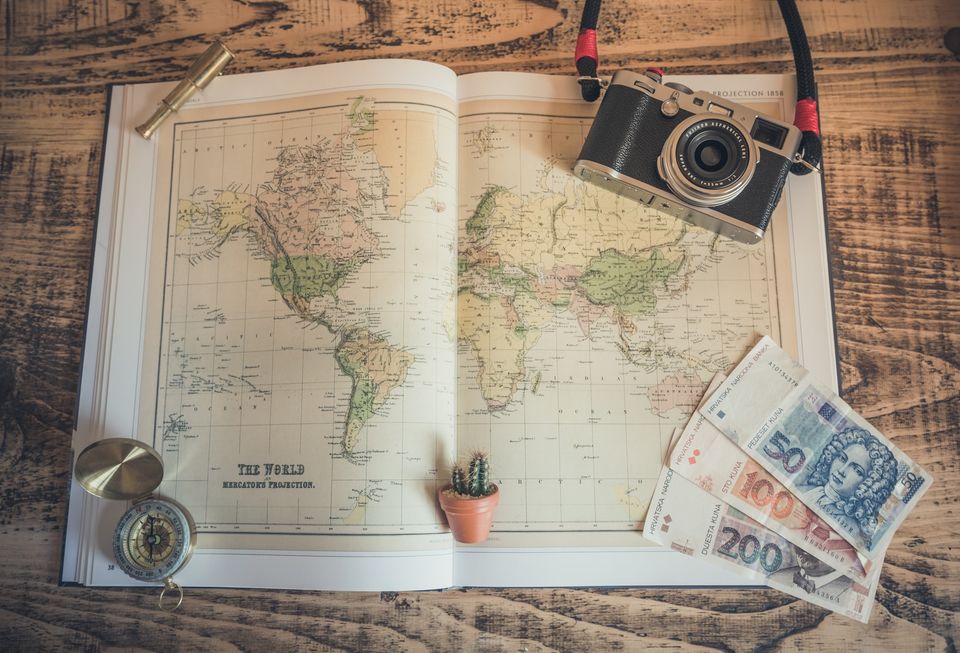 Pop culture tourism is in vogue with the millennials. The desire to visit the places filmed in books and movies had been around for more than a decade now. Since online streaming became easily and economically accessible to people, regular TV channels became obsolete. These applications made us available to a wide variety of international TV shows, both current and that had been aired in the past.

Binge-watching a TV series slowly took over from watching movies. Most of the TV shows had seasons spanned across a large time frame. People started connecting themselves to characters and shooting locations of the series they followed. The connection established in a well made series was much deeper that was not possible in a 2-3 hour movie. As a result, their desire to retrace the steps of their favourite characters and events became an integral part of pop culture tourism. Here is a list of such popular TV shows and its locations, to fuel your target focused wanderlust. These locations over the period have become as iconic as the shows themselves.

Albuquerque, New Mexico wasn’t the first choice to film the popular TV show Breaking Bad. The show initially was to be shot in Riverside California. The location may have changed due to tax incentives but the arid desolate landscape of Albuquerque provided much more than few extra bucks in the producer’s pocket. The small town, its streets, restaurants and the neighbourhood became the characters of the show itself.

Albuquerque became iconic. Even after 10 years since the show had been last aired the tourists are still flocking the house of Walter White, the main character of the story. Los Polos Hermonos, the car wash, and the Sandia mountain are some other prominent locations. There are dedicated tour companies who’d take you around to explore Breaking Bad locations and shop for souvenirs like meth crystal candies and blue crystal donuts. The best part of doing a Breaking Bad tour is, most of the shooting locations are on the way to explore New Mexico's popular tourist attractions.

The post-apocalyptic zombie series was mostly shot in Senoia, Georgia. The town of Senoia pictured as "Woodbury" in the series has officially become the “zombie capital”. Walking Dead became the most-watched show in the history of the television industry. The fans made a Walking Dead map and uploaded it on the fan site marking all the locations around Atlanta. Apart from Woodbury, the key sites include Atlanta’s skyline, Ricks's house, the hospital where Rick wakes up, the prison and the town of Alexandria.

It can be a DIY trip but for hardcore fans who want to talk the Walking dead, there are guided tours available from Atlanta movie company. The guides of this tour have worked as zombies in the series and share some inside stories and trivial facts from the shooting of the series during the tour. Don’t forget to have a cup of coffee at the “Dead Café” owned by a member cast in the series.

The epic Tv show aired on History channel is a worldwide cult hit. Vikings have been shot all across the globe from Iceland to Morocco. But their home town of Kattegat is ubiquitous in almost every season. You would imagine it to be somewhere in the Scandinavian countries where the actual Vikings dwelled. Well, most of the shooting location for their base town of Kattegat is actually in Ireland not very far from Dublin.

The Wicklow Mountains is the same site where many more popular movies like Braveheart and Excalibur had been shot earlier. You can easily spot the Blessington lake where the longboat scenes are featured before the onset of any new Viking expedition. Most of the places are accessible through drive but the lake and the estate shown as the base town is actually a private property of the Guinness family. You’d need the permission of the owner to visit those sites. To have some more Viking vibes visit the Viking museum in Dublin that gives you information about the history of the first Viking settlers in Ireland. You can see weapons, clothing, etc. of real Vikings in the museum.

The largest production in the history of television broke every record of viewership. The show had its season finale last year and left many of the fans disappointed and frustrated. But once a GoT fan will always be a GoT fan. Its shooting locations still remain in the heart of people. It was a visually stunning show apart from everything else, and if you happen to visit the real-life locations they won't disappoint you like the ending of the show did. Most of the countries where Game Of Thrones was shot were already tourist hot spots. All you have to do is plug in a few sites on your regular tourist trail. Spain, Iceland, Ireland, and Morocco are some of the countries in which the epic had been shot. But a major chunk of the series is shot in Croatia. The capital of Croatia, Dubrovnik automatically doubles for Kings Landing with its red roofs, ramparts and cobbled streets, overlooking the Adriatic sea. You can see the Red Keep, the gardens, the city of Qarth, the house of the undying and the outside walls while roaming around in the city. Some of the sites are found in the city of Split which is the second-largest city of Croatia. These sites include the throne room of Danny and the city of Mereen. There is an endless list of companies that conduct a guided GOT tour for people who want to delve a bit deeper.

The popular series ended a while back but the fans of the series continue to explore the islands of Hawaii for its filming locations. The plane wreck site where much of the first season was shot is shown somewhere between California and Australia in the series. The actual site is in Oahu, Hawaii, on its north shore at the Mokule beach. While walking on the west green trail near the Turtle Bay Resort you will encounter plenty of lost filming locations. Many of its scenes were also shot on the windward coast of the Kaawa valley.

But remember to take prior permission to visit this valley because it is a private property. The temple where Jin proposes to Sun seems like a Korean location. In reality the temple is in the valley of the temples in eastern Oahu and is called the Byodo Inn. It is also one of the most beautifully shot scenes of the entire series. And just so you don’t want to get lost in hunting all these locations, there are guided tours available from various companies to stay on track.

Last but not least Tripoto's miniseries "Homecoming" gives some serious wanderlust to explore India's southern region. Beaches, mountains, forests, cities, and temples this series is the microcosmic form of everything that India can offer in a single trip. The journey of two people having the same bucket list spans across the states of Tamil Nadu and Karnataka.

The opening shot of episode 1 begins at Shivasamudram Falls in Karnataka then to the city of Mysore and the hill town of Ooty. In the next segment, the series features the ancient cities and temples from Tamil Nadu including Madurai, Kanyakumari and all the way to the southernmost tip of the country "Dhanush Kodi.

Find like-minded explorers, learn from expert travellers or become one yourself and help others on Tripoto’s Travel Forum!