Florida is the southernmost state in the United States. With the Atlantic Ocean on one side and the Gulf of Mexico on the other, it consists of hundreds of miles of beaches! With a strong Cuban influence (owing to its proximity with Latin America), Florida enjoys subtropical to tropical climate—making it a popular choice for retirees. In the past, the “sunshine state” has also attracted a number of writers and intellectuals. It is also known for a number of athletics like golf, tennis, auto racing and water sports.

Florida has some unexplored and beautiful places that are a must for travelers to see! This itinerary covers mainly the sector between Fort Lauderdale, Everglades, Miami and Key West. 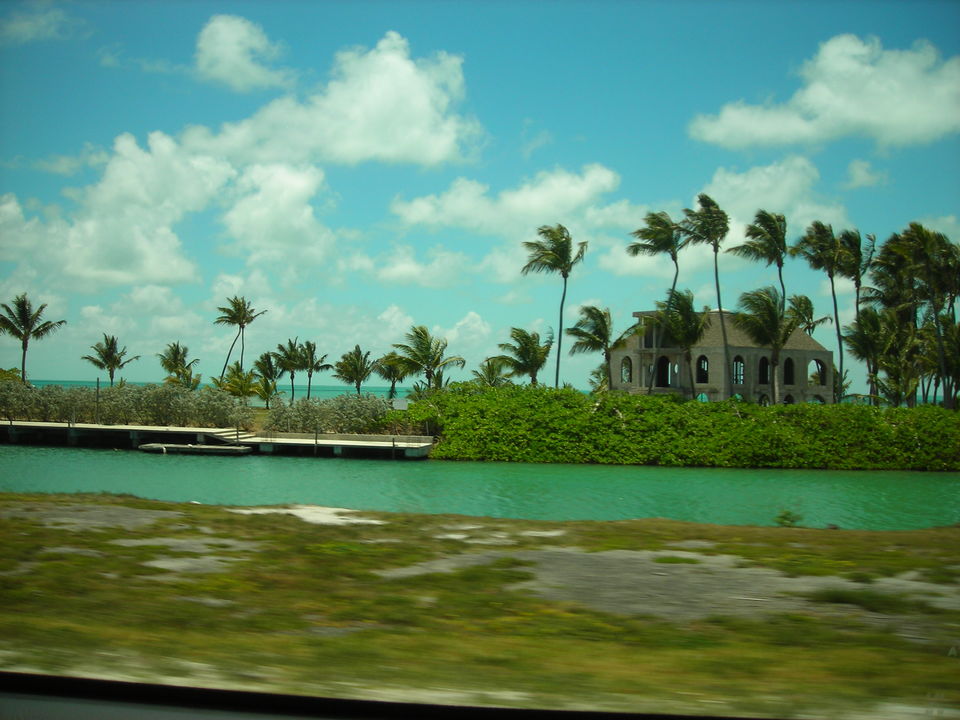 Trip duration: To do full justice to the region, you need a minimum of four to five days simply because of its sheer diversity and variety. This can be extendable up to a week depending on how long you want to spend exploring!

How to get around: Since public transport is hard to get around, one of the smartest ways to explore the area is via hiring a car.

Popularly known as the "Venice of America", Fort Lauderdale has become a major tourist destination over the years. It is typically laid back with interesting dining areas and nightlife—with most of the action concentrated around the main Fort Lauderdale beach. 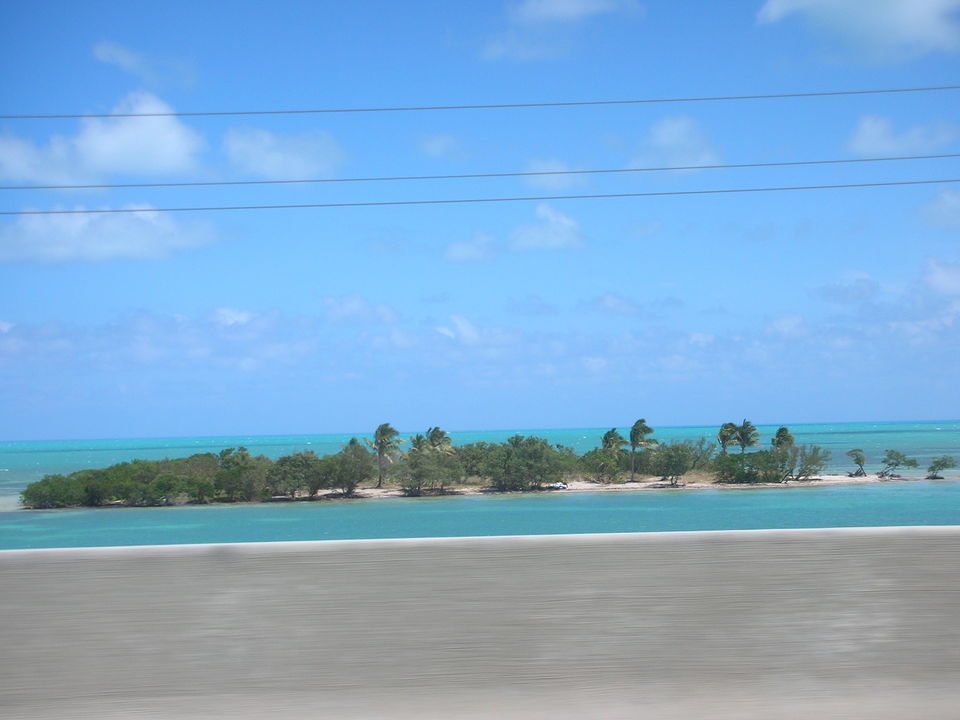 Just minutes away from the beach is the Riverwalk Arts and Entertainment District in downtown Fort Lauderdale, home to cultural attractions, shops, parks and restaurants. Along the Riverwalk, you can also discover the Broward Center for the Performing Arts, Museum of Discovery and Science with its AutoNation 3D IMAX Theater, Florida Grand Opera, Fort Lauderdale Historical Center, Stranahan House and the Museum of Art.

Make sure you visit the Fort Lauderdale Swap Shop, a large indoor/outdoor flea market that also boasts of being the world’s largest drive-in movie theater with 13 screens.

One of the important hotspots is the downtown area, especially around Las Olas Boulevard. Considered South Florida's most architecturally unique, authentic, and eclectic shopping and dining district, you can spend the day exploring all the new hotels and high-rise condominiums this side, not to mention its beautiful boutiques, art galleries, nightclubs and restaurants.

Additional special attractions include the International Swimming Hall of Fame on the beach. Housing a large aquatic complex and museum, it captures the thrill and beauty of recreational fishing from prehistoric times into the future.

If tropical gardens with birds and butterflies are your idea of fun, then head to Butterfly World in Coconut Creek. The largest butterfly park in the world, it has six aviaries, a bug zoo and a fascinating macaw landing! Moreover, it houses a rare collection of 5,000 live butterflies!

If nature is what gets you going, then a trip to the Everglades National Park should be high on your agenda.

How to reach the Everglades: There are several services available to bring visitors from the Fort Lauderdale Beach to the Everglades. If you’re driving from the Miami area, there are two main roads that lead into the Everglades: US 41, better known as Tamiami Trail, and SR 9336. Each one offers different treasures depending on how you want to explore the area.

Right before dusk, you might be fortunate enough to spot the American alligator coming out in the park! Other animals worth spotting here are the American crocodile, the Florida panther and the manatee. There are also a number of interesting trails for visitors to walk through, the best being the Anhinga Trail. The latter is a boardwalk and so involves easy walking. Here, one can get to spot a number of different birds and turtles. You can even rent a kayak or canoe and spend time on the water.

At a distance of 26 miles away from Ft. Lauderdale, lies the vibrant city of Miami. In terms of land area, this is one of the smallest major cities in the United States but Miami metropolitan is the state’s most populous urban area. It has been divided into a number of parts—north, south, west and downtown.

Since Miami has tons to see and do, you can stay here an extra day depending on what you’re interested in and how much time you have on hand.

If you are looking to experience the real "glamour" that Miami is famous for, head straight to South Beach. One of the world’s foremost locations for fashion shoots, it makes Miami the model shoot capital of the US. Approximately 500 models live in the area, with many more arriving during the prime fashion season between the months of October and March. 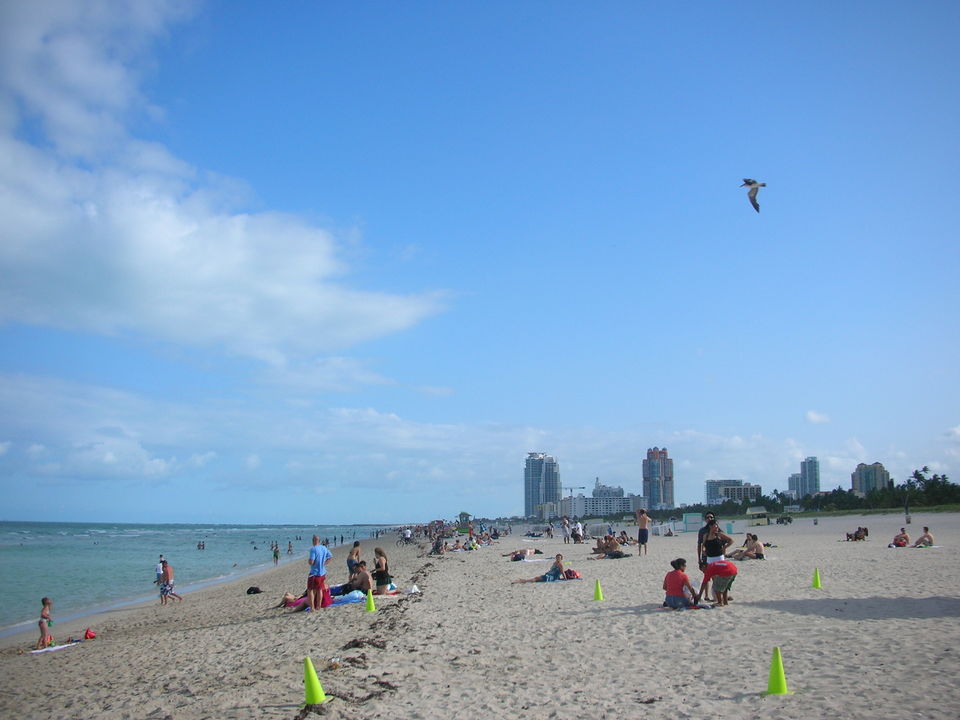 Ocean Drive is the easternmost street in South Beach. It stems from south of First to 15th Street, running in a north-south direction. It is also famous for being the site of Casa Casuarina, Gianni Versace’s former oceanfront mansion.

Stay: The Carlyle Hotel on Ocean Drive near 13th Street is an iconic art deco landmark. Built in 1939, it is one of the most sought-after settings for photo shoots, televised programming and Hollywood films.

Stay: There are also a number of fancy hotels in the area, worth checking out. Try the Shore Club, it has a glitzy outdoor lounge/pool area called Skybar. Another promising experience is to walk through Delano, one of many swanky hotels in the area.

Eat/party: Depending on your mood, head to the elegant Mynt Ultralounge or Rokbar, a rollicking dance venue.

South Beach has an active club and bar scene. It is host to more than 150 clubs and other venues, most of which close at 5:00 am. Overall, the clubs have an exorbitant cover charge and are slightly overrated. Make sure you see Lincoln Road in South Beach—an open-air pedestrian mall, as well as a premiere hotspot for shopping.

Eat/party: To spend a day of pure fun here, I recommend renting a scooter, eating Haitian food at Tap-Tap or head to Van Dyke Café, a vibrant old-timer known for a broad menu, music and people-watching. You can later head to Jazid on Washington Avenue to hear some local reggae and Latin bands over a nightcap. Lincoln Road also has several popular restaurants like Spris for Italian food. If good Mexican food is what you crave, try the Homestead area, which has a number of hole-in-the-wall type of places like Rositas or El Nicamex. Setai, The Forge and Purdy Lounge are a few of the other big names.

Washington Avenue is one of the best known streets in South Beach. Running parallel to Ocean and Collins, it is known for some of the world’s largest and most popular nightclubs.

Downtown is the heart of Miami, on the east side. The area is South Florida’s main business district and home to several major financial and tourist attractions.

Eat/party: Downtown has some fun joints to hang out in like Club Space, offering a good mix of eclectic music and people.

Wynwood, located north of Downtown Miami, is the arts hub of south Florida—complete with murals, street art, graffiti and other interesting outdoor art. With more than 70 galleries and museums, restaurants and bars, the neighbourhood is buzzing with activity all the time!

Some of the best beaches here are located in Key Biscayne, just south of Downtown Miami. At the end of the Key, lies Bill Baggs State Park and the Crandon Park, both of which make interesting sights.

The western side of Miami includes Little Havana, West Flagler and Flagami. The area is home to a number of immigrants from Central America and Cuba. It is also good for trying out some authentic Cuban food (sandwiches, espresso, etc.). Top picks include the Versailles restaurant located right on Calle Ocho, the main drag of the Little Havana neighbourhood. Stroll around to find cute little cigar shops and other little cafetarias that provide a true Cuban feel. If you are lucky, you might also catch some street action in the form of traditional festivals!

Lastly, the northern side of Miami includes Midtown, a district with a great diverse mix.

Key West is a quirky island-city perched on the southernmost tip of America. The city is located about 129 miles southwest of Miami and 106 miles northeast of Cuba. It is on the dividing line between the Atlantic Ocean and the Gulf of Mexico, and stretches deep into the Atlantic Ocean. The city is divided into Old Town and New Town.

The original Key West neighbourhood in the west is called "Old Town" and comprises the Key West Historic District. It includes major tourist destinations, including Mallory Square, Duval Street, Truman Annex and Fort Zachary Taylor. The Duval street bar and restaurant district has many funky entertainment options, all within walking distance of each other. It is where you find some of the most classic bungalows and guest mansions—almost straight out of a movie! 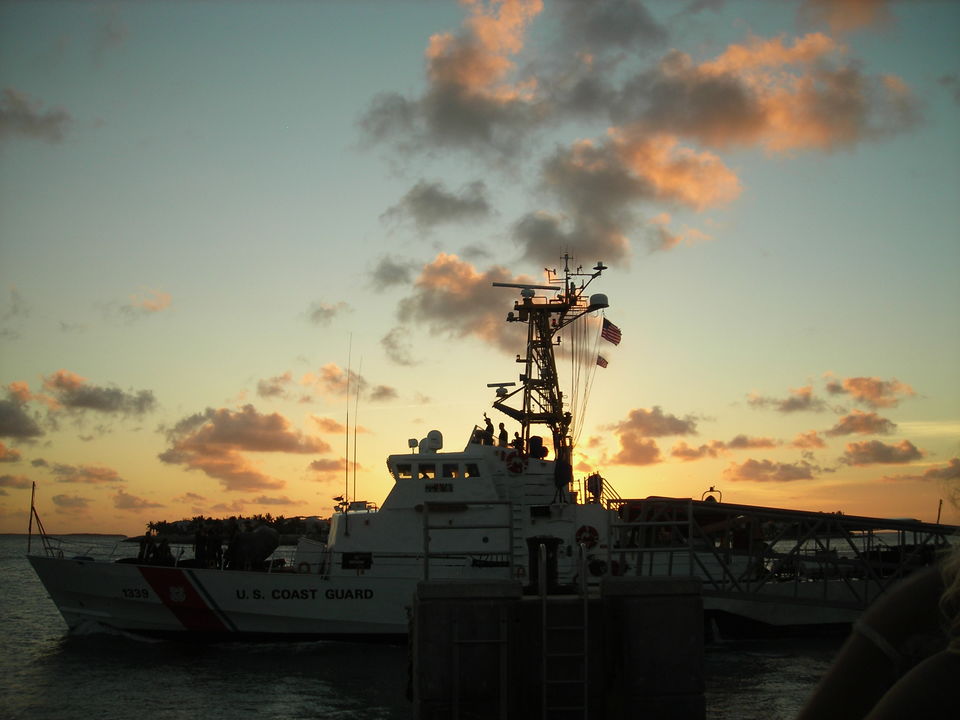 Many visitors rent a bicycle and explore the history and architecture of the Old Town. Caribbean villas, walking literary festivals and tours, including a tour of the unusual Key West Cemetery are also available. The Sunset Celebration at Mallory Square is a daily spectacle for visitors and residents. It is at this point that one gets to view a unique display of artists, vendors and other animation amidst a crowded street across the ocean. The beauty of it all is unmatched! Boat excursions and tours further provide an interesting way to view Key West from the water.

A number of renowned artists and writers have passed through Key West, but the two most famous are Ernest Hemingway and Tennessee Williams. You can visit the places where they lived, fished and wrote, while immersing yourself in some great American literature! 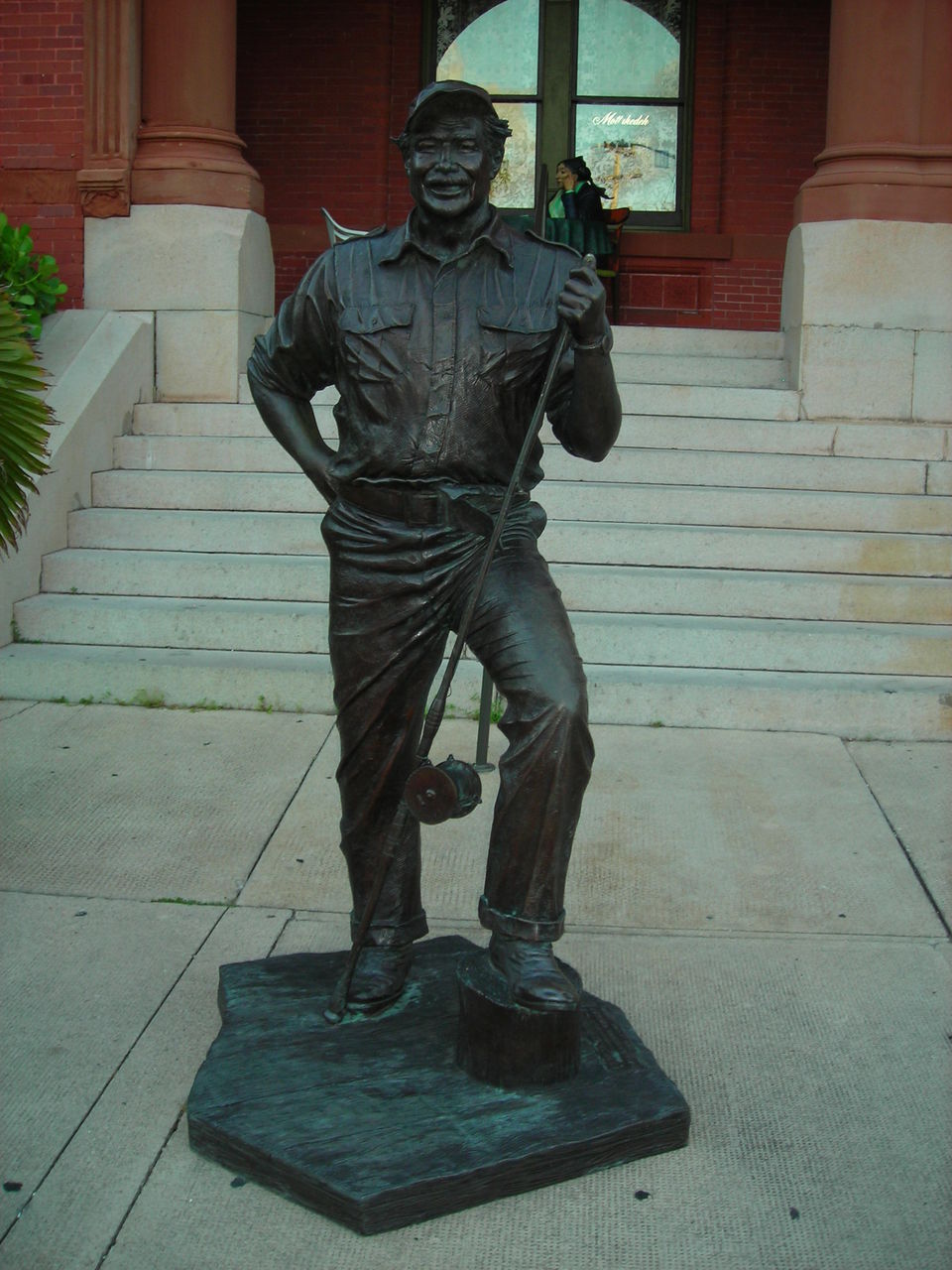 Nobel Prize-winning author Hemingway’s former house is in the Old Town. It is where he lived and worked for ten years, now open to the public as a museum. It is undoubtedly one of the most famous tourist spots in all of Key West. Legend has it that Ernest Hemingway wrote A Farewell to Arms while living above the showroom of a Key West Ford dealership at 314 Simonton Street.

Tennessee Williams first became a regular visitor to Key West in 1941, and is said to have written the first draft of A Streetcar Named Desire while staying at the La Concha Hotel in 1947. He later bought a permanent house in 1949 and listed Key West as his primary residence until his death in 1983. Williams’ home at 1431 Duncan Street in the New Town neighborhood is a modest bungalow. The house is privately owned and not open to the public.

Eat: Hardware store owner Charles Thompson introduced Hemingway to deep sea fishing. Among the group that went fishing was Joe Russell, also known as Sloppy Joe. On Duval Street today, there is a pub by the same name.

Beach hopping tip: If beaches are what you love most, then remember the entire East Coast in Florida State is pretty much a beach. No matter where you are, head east until A1A, and you should be walking distance from the beach.

Finally, Florida is a treasure trove of things to see and do. While this itinerary focuses on a small part, there is, of course, the famous Disney World parks in the state to explore too—my favourites are Magic Kingdom and Epcot Center—but I’ll leave that for another post!