A summer weekend trip to Varanasi and Sarnath 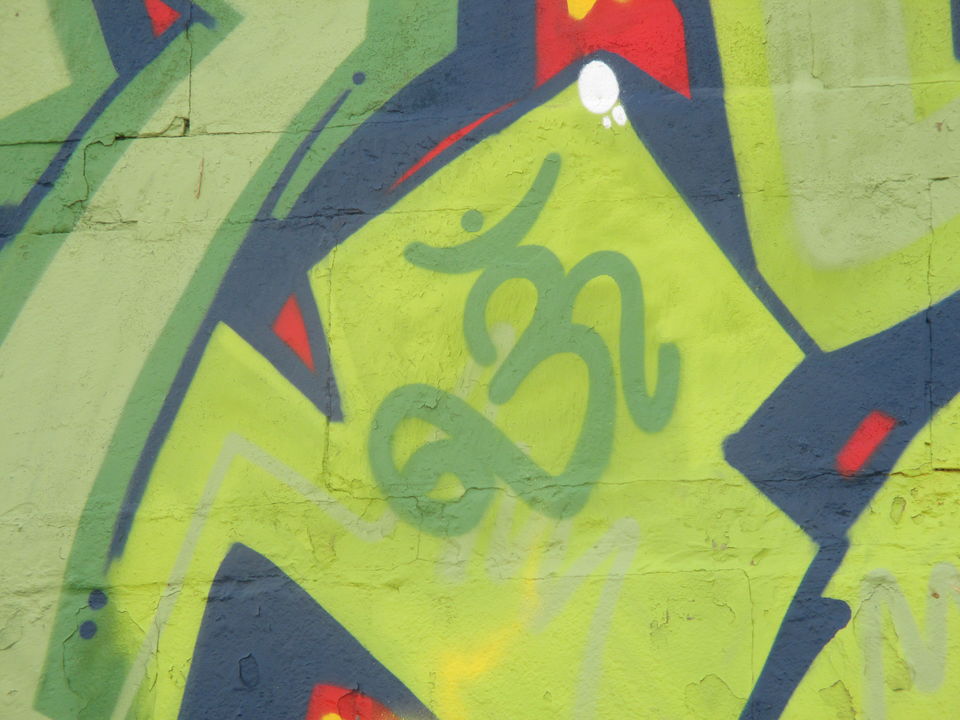 In the hot summers of June 2018 I made another trip to Varanasi. Touching down for the third time. This time I was accompanied by a friend from my PG back in Allahabad. We started from Allahabad on Saturday at around 4 pm on board the UPSRTC bus. Thanks to the ongoing highway development projects the usual 3 hours journey to cover the 125 kms took nearly 4 hours. Yet we were not dropped at the Varanasi Cant. Bus station. The buses to and from Allahabad now terminate 4 kms before the bus station ever since the disastrous accident - the collapse of the under construction flyover took place. Next I was to look for auto to Dashashwamedh Ghat nearby which I had booked a guest house. We found an auto that agreed to take us for ₹20/- per person on sharing basis. It took around 30 minutes to reach our destination. The famed Ganga aarti had just ended and a sea of people was returning from the ghat.

Olya guest house that I had booked was about 550 m from Dashashwamedh Ghat as per Google Maps. As we made our way through the crowds, I for the first time felt Google Maps was not for Varanasi. We were just about to miss the lane on which my guest house was located. It was not not a proper road but within the galis or the narrow lanes of Varanasi. This particular lane that starts near the Deshbandu Chittaranjan Park on Dashashwamedh Ghat road runs parallel to the ghats. On our way we found several guest houses, hotels and hostels lined along side. The proximity to the ghats makes this place popular among tourist especially the budget travelers. These lanes might not be quite clean and is overpacked; but this is what Varanasi, one of the oldest inhabited cities on Earth is all about. If you really want to experience Varanasi you must stay in this area, have a chat with the friendly locals, breath the fresh air from the Ganga and also smell the cow dung. We soon reached the Bengali Tola area and what was surprising about our guest house that it was not like any other hotel but a house. The owner has converted a part of their house into a guest house. The room that usually cost ₹750 per night, thanks to GoIbibo I got it for ₹250/- for two nights. Please use my code 3872770 to signup and get ₹3000 goCash. Click here to download the GoIbibo app.

By the time we had found our stay it was almost 8.30 pm. We had our dinner in a nearby South Indian restaurant, an authentic one tucked in the alley of the Norther state. I mention this because not every South Indian food centre in North Indian is manned by people down south and so the taste differs. Post dinner we went to breath in some fresh air at Narad Ghat, the closest one to our guest house, before finally calling it a day.

The second day morning was spent at the exam hall. After the exam we set out to explore Varanasi. Our first destination, Kashi Viswanath temple. The temple is dedicated to Lord Shiva and is one among the twelve Jyotirlings, the holiest of Shiva Temples. No bags, cameras, phones are allowed inside the temple, so it is better to come prepared or go inside turn by turn. The other expensive option is to keep them in the locker facility provided by the nearby shopkeepers. They donot charge directly for the service but will force you to take prayer package/offerings for the Gods that will cost you round ₹300/-. As you move towards the temple from here, be alert as some other shopkeepers may drop some of their products on your basket and on your return will charge hefty amount. But that's not the end. Once you have kept your belongings in the locker and accepted the prayer package, a priest will be assigned to you without your knowledge who on the pretext of helping you wil take you around the temple saying he is an authorized priest of the temple committee. At the end of the this conducted tour, he will ask for some offertory that may be anything between ₹100/- to ₹500/- or even higher. At the Annapurna Mandir you will also be asked to make an Annadaan of ₹501/-. So visiting Kashi Viswanath Temple can shell out ₹1300/- if you are unaware of how this place works.

During my previous visit to Varanasi in December 2017, I had a wonderful time rowing on the Ganga during sunset. It definitely feels great to sit back and watch the activities taking place on the ghats from a distance. But for this time I wanted to take a walk along ghats. From Dashasamedh to Assi ghat is almost 3 km and covers 41 of the 88 ghats in Varanasi. Jantar Mantar is close to the former. We took an auto from Godowlia Crossing to Assi ghat and started our journey back taking several pit stops on to enjoy the views. The river front can be said to be the most happening place in Varanasi. Life in Varanasi is incomplete without the ghats. People come here to relax, to pray, to eat, to play and even life ends here - on the cremation ghats. For photography enthusiast these ghats can provide interesting subjects like the one below - an wall art by @phuphi_artwork.

Graphiti on the ghats 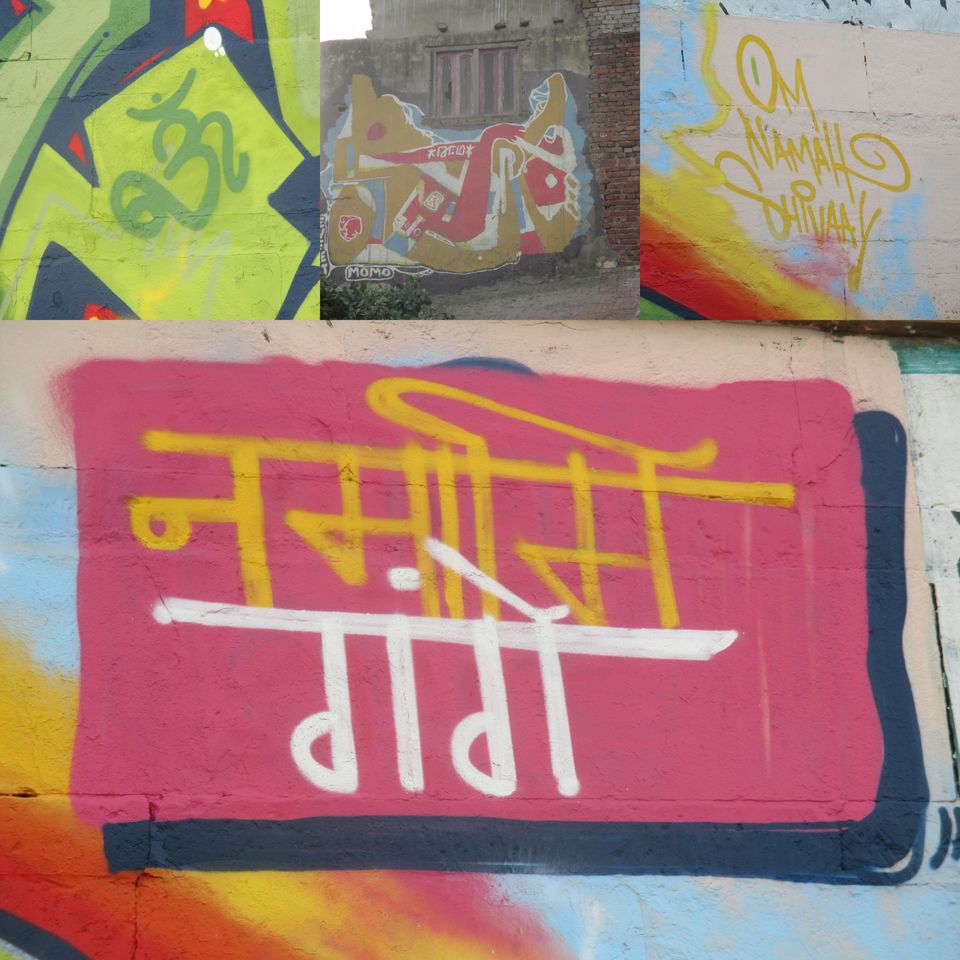 Another recommended thing if you are in Varanasi is to watch the Ganga aarti held every day without fail, at Dashasamedh Ghat and Assi Ghat at sunset. This is not just a religious ceremony but a display of art. Scores of people gather every evening just to see the aarti ceremony.

Day 3. We checked out of our guest house early morning. Our plan for the day was to visit Sarnath and then return to Allahabad by night. We took a walk along the ghat for the last time from Narad ghat to Dashssamedh Ghat. We charged ourselves with a breakfast of poori-sabji and set out on our quest. A person from the restaurant had guided us to take an auto from there to a place called Pandeypur and from there change auto for Sarnath. The total ride took around 40 minutes and cost ₹35/-. The auto dropped us near the Sarnath Temple and the driver was helpful to guide us about what to see in Sarnath.

Sarnath is the sacred place where Lord Buddha delivered his first sermon to his five desciples. This is the place where the Wheel of Law in Buddhism is said to have been set in motion. Today Sarnath is one of the most regarded sites for the Buddhist. A deer park, that still exist today as a mini zoo, is the exact place where Buddha delivered his sermon. Realizing the importance of this place, Emperor Ashoka erected several structures in Sarnath.

We started by visiting the Mulagandha Kuti Vihara. This is relatively a new temple built in 1930s. The temple was built by the founder of Mahabodhi society and is still maintained and run by them. The temple houses a golden statue of Buddha on a marble platform while the walls are covered with murals depicting scenes from the life of Buddha. The temple is open from sunrise to sunset and entry is free; however you may be asked to donate a small amount if you want to take photographs on the interior. One request that is hardly accepted by tourist is not temple selfie inside the temple; however this is something that must be respected.

Towards west of the Mulagandha Kuti Vihar is the Sarnath excavated site. The remains of the grand architecture from the era of Emperor Ashoka can be seen here. Most of the monasteries has been grounded by invasion by rulers over the period of time. This place was rediscovered during 1800s. The only structure that stands tall is the Dhamek Stupa. The current standing Dhamek Stupa is a replacement of the original built by Emperor Ashoka. This place is also the site that housed the original Ashoka Pillar. The Lion Capital of Ashoka, that today serves as the official emblem of India, is kept at the near by Sarnath Museum. Several other artefacts discovered from the excavated site can be found at the museum. Both the excavated site and the museum is maintained by ASI. An entry fee of ₹15/- and ₹5/- is charged for the excavated site and museum respectively.

As you travel towards Sarnath from Varanasi by road, one of the first thing that will catch your attention is an 80 foot tall statue of Lord Buddha. This is within the Hinaya Buddha temple or the Wat Thai Temple complex. The temple was built by Thai dignitaries in 1931. The lush green complex also houses several other statues of Buddha and Laughing Buddha.

The last spot of our trip was the Chaukhandi Stupa. This is believed to be the site where Lord Buddha and his first disciples met travelling from Bodh Gaya to Sarnath. The stupa is thought to be built during the Gupta period and today it stands as a hude mound of bricks topped with an octagonal tower, from which the name Chaukhandi may have been derived.

As our trip completed we headed towards Varanasi by auto followed by a 6 hours truck ride to Allahabad.

More pictures from my trip to Varanasi and Sarnath are available on my Instagram profile @ag1805x. The hashtags #ag1805x_in_Varanasi and #ag1805x_in_Sarnath will provide quick access.

This article is also available on my blog DFickleMind.

I am trying to monetize my blogs/social media profile by affiliate marketing Please use Affiliare-X while shopping online.

Some information I have mentioned here have been retrieved from different websites. Please refer them for more information.

Thanks for reading. Do suggest on how can I improve.