Memories from where heaven met earth: The Valley of flowers #TravelFromHome,#HiddenGem 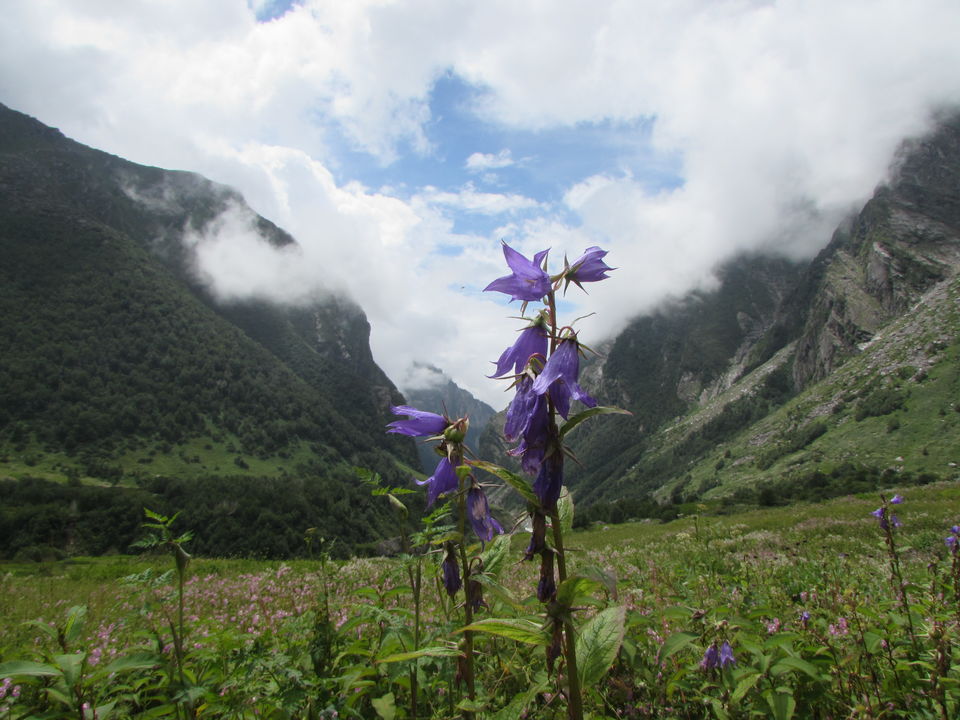 " Because it's there"- George Mallory

It was all started from the intention of the human being to achieve greater feet and conquer the unconquerable. And the Himalaya has abundant of unconquerable peaks. But you need extreme mental and physical fitness. But Himalaya is not only for the professionals, it has lot to offer for the commoners. Mountains always fascinate me. Today we all are at the home due to the lockdown. Therefore, it is the best time to reminiscence those past travel experience. Valley of flowers is one of those. It can be considered as a hike than a normal trek but if you consider the beauty of nature it can match to a regular high altitude treks. Valley of flower located in the Chamoli district in Uttarakhand. We have completed the trek in August, 2017 and were 7 people.

Three of us including me reached Rishikesh the day before the trek in the evening and took a hotel near the bus stand. The other people would join us early morning of next day. From Rishikesh our next destination is Joshimath which is about 260 kilometres. So we have booked a cab (The cab driver was known to us as me and Rakes met him in our Kuari Pass trek earlier)

The remaining four people reached Rishikesh early in the morning. We all met with our cab driver in the bus stand. After that we started our journey around 7. After that we halted for breakfast GMVN (Garhwal Mandal Vikas Nigam) restaurant. The view along the highway is also very nice.

After that our next halt was at Devprayag which is about 75 km from Rishikesh. Devprayag is the sangam of Alaknanda and Bhagirathi and consider as the starting point of Ganga (River Ganges).

In the way to Joshimath we have came across three more Prayags: Rudraprayag, Karnaprayag and Nandprayag but they are not visible from the highway directly. We reached Joshimath GMVN guest house at the evening.

that was the first trekking day for us. From Joshimath we booked a cab for Pulna village from where we were going to start our trek. Joshimath to Govindghat is about 21km and from there Pulna is 4km. In the way to govindghat one can see the last prayag named Vishnuprayag which is the confluence of Alaknanda and Dhauliganga.

There is a check-post in the Govindghat where all the tourists have to entry there detail and need to show their identity card. We reached Pulna around 8A.M. and took our breakfast. After that we booked a mule to carry our rucksacks. Our today's destination is Ghangaria which is about 12km. This is the common pathway for both valley of flowers and Hemkund Sahib (A famous pilgrimage for Sikhs). People who are unable to walk can also book a mule for their transportation. This pathway is really beautiful. The surrounding views changed as we move forward. It runs through the lush green jungle and a beautiful fountain.

After walking for 3-4 km the jungle become thinner and Rocky Mountains appeared near the eyes. A few huge honeycombs are also hanging from those rocks.

The Laxmanganga river was flowing besides us most of the part of our journey.

Helicopter service is also available for the tourists from Ghangaria to Govindghat. In the way to Ghangaria you will find some shops where you can buy chocolates, water bottle etc. About 3-4 km before reaching Ghangaria there is a dhaba where anyone can take their lunch.

We reached GMVN guest house, Ghangaria around 2P.M. In Ghangaria there were many small private hotels and a market is available. There is a large Gurudwara also, where many Sikh devotees stays for their next day Hemkund Sahib journey. We took our lunch and a hour of rest. In evening we have watched a documentary about the valley.

In the next day we woke up early because one needs to buy a ticket to visit valley of flower which costs 150 rupees per head and is valid for 3 days and there is a long queue in the ticket counter. We reached the ticket counter by 7 in the morning and got it about an hour later.

From Ghangaria ticket counter to Valley of flower is about 5 km of steep climbing. There was a stone made pathway for the first two km between the jungle and we crossed the Laxmanganga river thrugh a narrow bridge. Here the valley was little flat and rocky terrain near the river. The river was flowing with tremendous speed.

After crossing the river we climbed up through a steep narrow trail with very deep trench in the left and rocky hill in the right hand side. Here the trail was covered by plenty of lush green trees. Anyone could hire a "Pithai" here. They carry people in their back(Whoever watched the movie "Kedarnath", Sushant Singh Rajput was a Pithai ). After climbing for sometime the jungle became thinner and the valley has started to opening up.

But the views were breathtaking as the valley was getting open up slowly. Lots of various colour flowers blossomed and you may feel this valley like heaven. Orchids, Poppies, Primulas, Calendulas, Daisies were few of them. Since it was a rainy season the clouds covered the sky and hence the peaks are not clearly visible. But whenever it peeps through the clouds the combination of cloud, peak, and green valley made the scene breathtaking. There were few streams flowing down the rocks. The water was drinkable and very sweet.

We have stayed there for 3-4 hours, enjoy the nature, the music of water flow and then came back to Ghangaria by the evening.