The two of us are forest junkies. We love the tiger reserves and protected sanctuaries India boasts of. Before we got married, we made a pact to try and tick off at least one nature reserve every year – and this year, it was Jim Corbett National Park in Uttarakhand. The park is spread over a striking 520 sq km. The reserve was established in 1936 under the name of Hailey National Park, the first protected national park in Asia! It wasn’t renamed in honour of Jim Corbett until 1955.

Getting there: The nearest town to the park is Ramnagar, which is well connected by direct trains from Delhi. Kashipur, Kathgodam and Haldwani are also nearby, in case you can’t get a direct train from Delhi. Another alternative is to drive from Delhi, which is what we did. It is roughly 240kms and takes about 6-7 hours depending on what time you leave. Of course, starting early morning is better in order to skip the traffic. The roads are fantastic except in a few places where flyovers are being built and you’ll have to use the service roads. One can stop for a break at Garhmukteshwar which is situated along the banks of the mighty Ganga. There are quite a few dhabas along the way which serve really good parathas and lassi, and once you enter Uttarakhand, you’ll see places serving authentic pahadi food. The drive is pretty monotonous and patches of lotus fields around Kashipur are a real treat.

Stay: There are many hotels to choose from at Corbett. The ones in Dhikuli village are most convenient to reach majority of the gates. Hotels at Marchula are cheaper, however, the drive to Corbett is a tedious 27kms away. Another option for wildlife enthusiasts is staying at one of the four government guest houses inside the reserve. They are extremely clean with all the basic facilities and are situated inside the core areas of the forest. Bookings can be done online and have to be made at least 45 days prior to arrival. June bookings are not accepted due to the possibility of rains which might not allow you to reach the guest house at all.

Book a safari: The early bird gets the worm! Safari bookings have to be done well in advance. You can either book them online, or you can ask your hotel to book them for you. The plus points of the hotel making the booking is that the jeeps will come pick you up there (and the bookings cost the same either way). The national park is divided into five main zones: Dhikala, Bijrani, Dhela, Jhirna and Durga Devi. Dhikala, I believe, is the celebrity of all the zones. You are only allowed jeep safaris inside the zone if you stay there. The non-residents have to opt for a canter (which is no fun – but the only option). The most popular zone is Bijrani. The Dhela and Jhirna zones are smaller compared to the other two, however, each zone has its unique topography, flora and fauna. One must understand that there are tigers in ever zone – but if you keep obsessing over seeing a tiger, you’ll miss out on the whole and complete experience of the wilderness. A jeep safari costs ₹4500-4800 for Indian nationals, and ₹8000 for foreign nationals. The jeep seats six people and the cost is the same whether it’s two of you or six of you. The canter rides cost ₹1500 for Indian nationals and ₹3000 for foreign nationals. The gates open at 5.45am for the morning safari and 3pm for the evening safari. For the morning safari, the jeep will be at your hotel by 5.30am, and it’s always a good idea to start early, as that way, you’ll be the first to enter the zone and get an undisturbed picture of the forest – which may also increase your chances at a sighting. Corbett National Park also offers elephant safaris which can be booked on the spot. 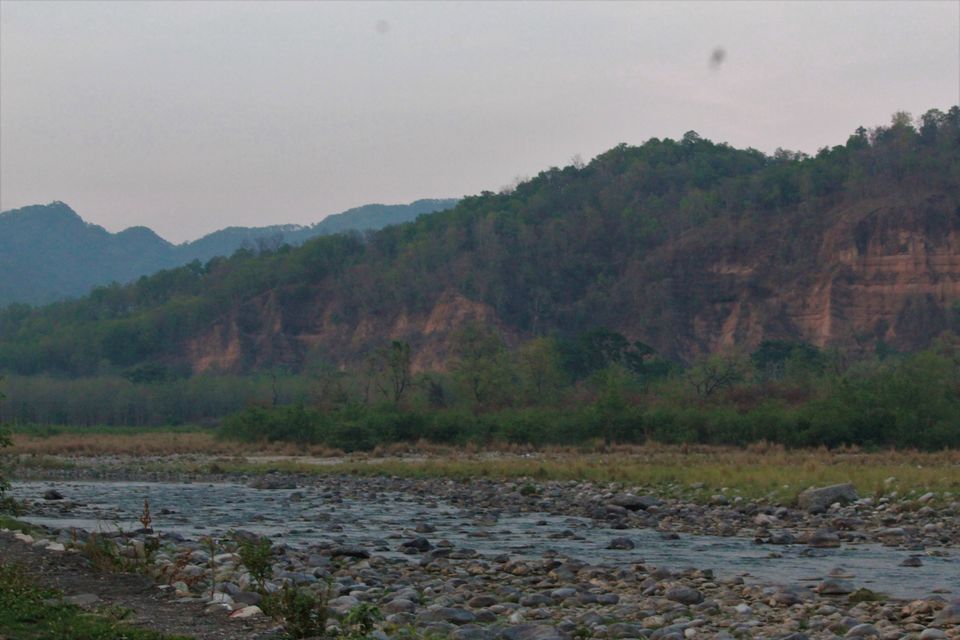 Chestnut headed bee eater with a bee in its beak! 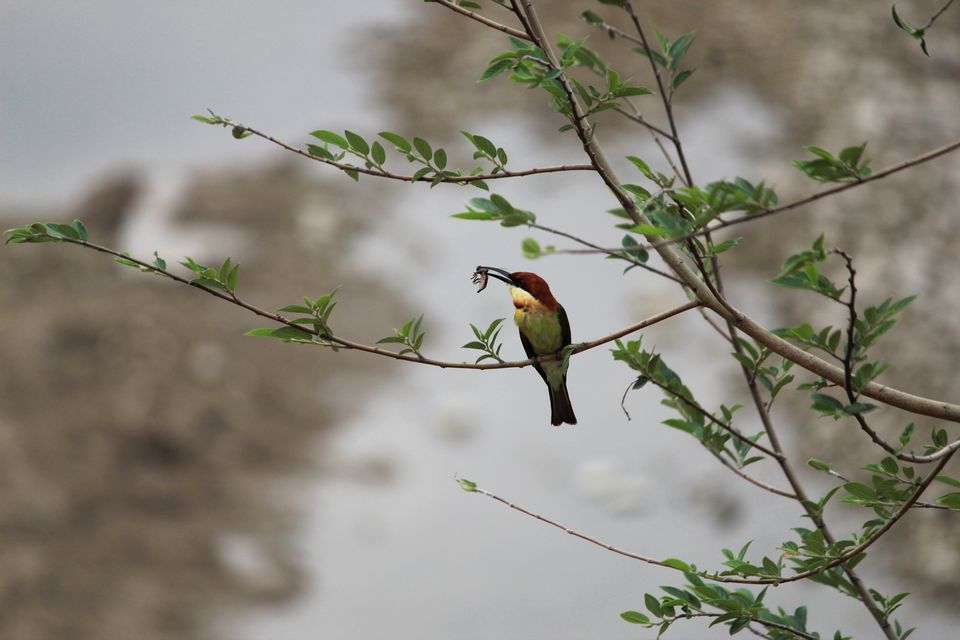 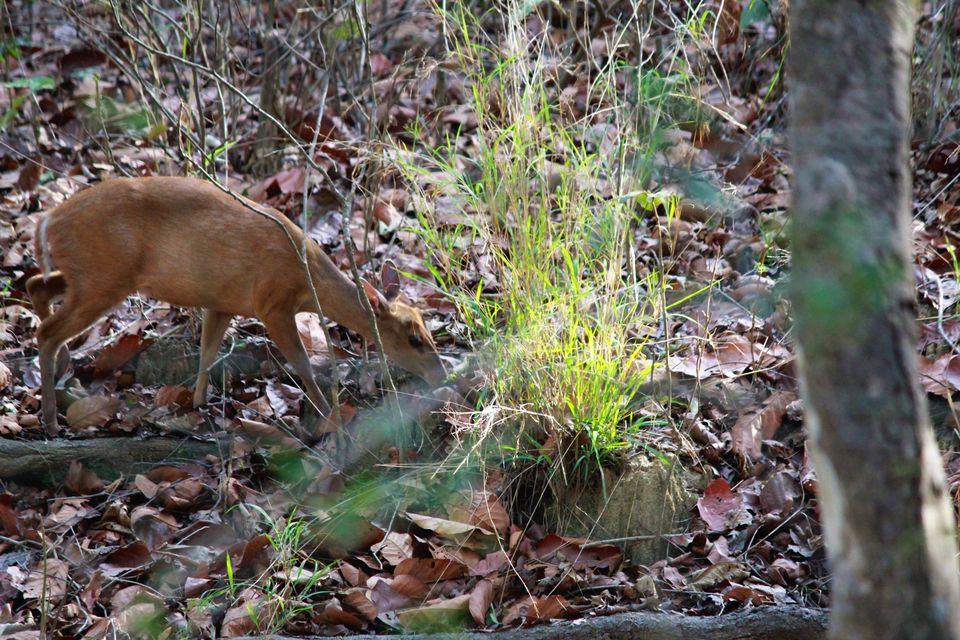 Pugmarks! The only part of tiger we could glimpse 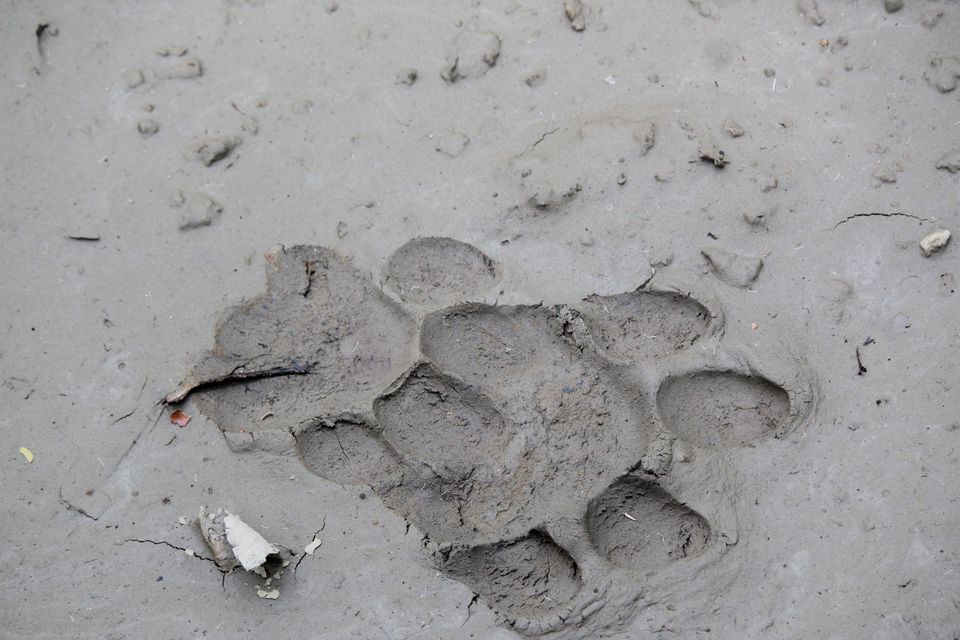 Things to do: Apart from enjoying safaris in the reserve, there are some other things you can do! The drive from Dhikuli to Marchula is absolutely stunning with huge Sal trees on both the sides and the Kosi river running along the road. One can also go fishing in Marchula or simply enjoy tea at a roadside shop. The Garjiya Devi temple makes for an interesting stop, situated in the midst of the flowing Kosi on a small, protruding hill. One can also visit the Jim Corbett museum which will tell you more about Jim Corbett and his work and commitment towards the people and forest, and also give you an insight on the wildlife that calls it home :)

In a single file! 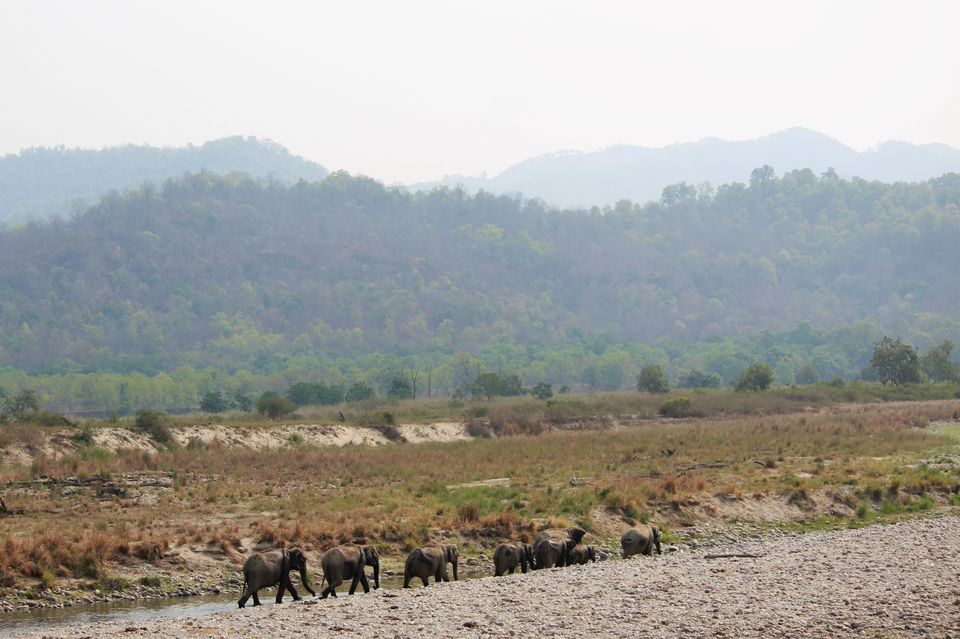