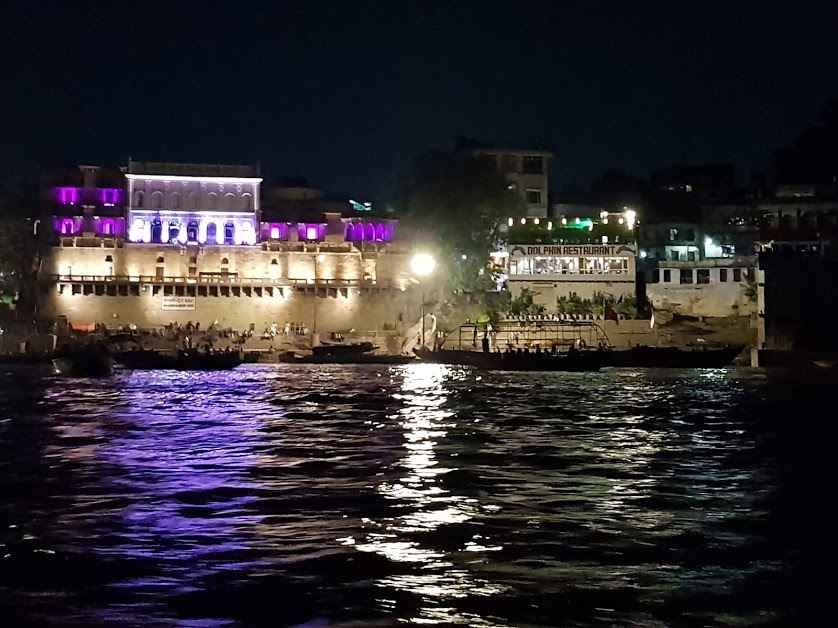 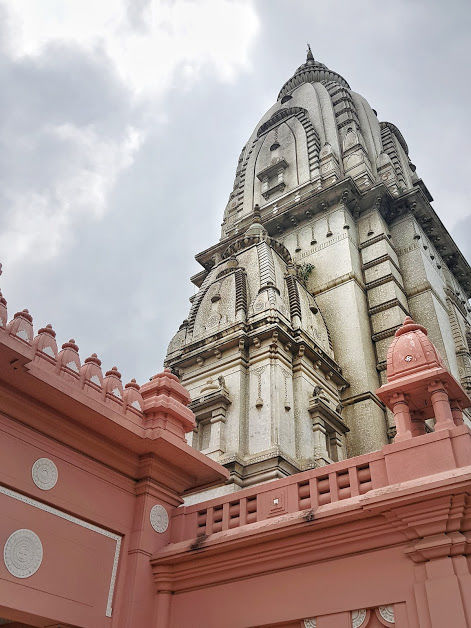 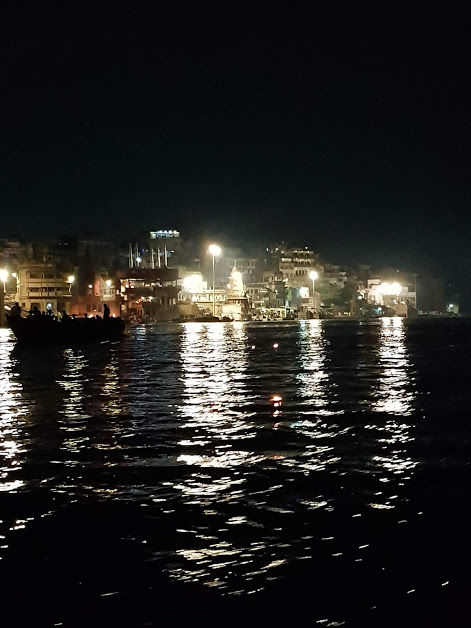 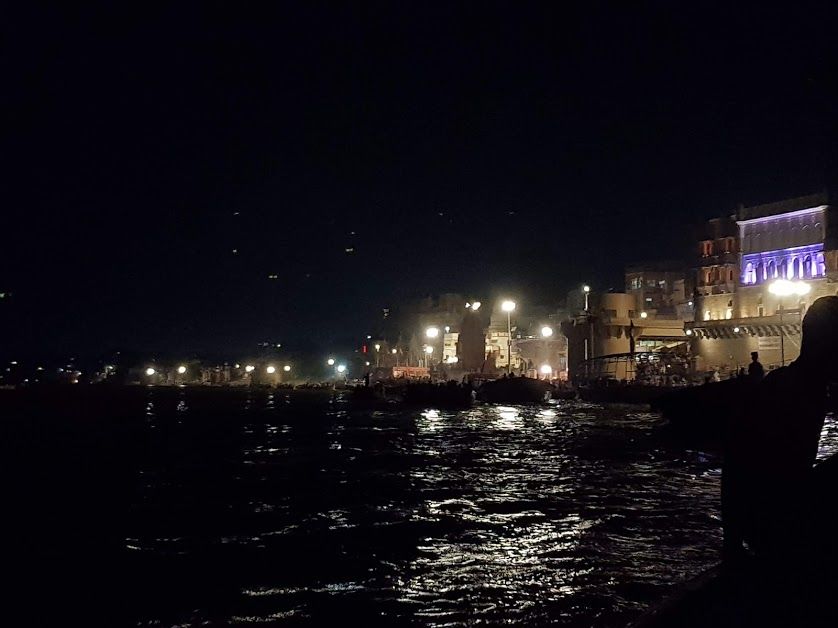 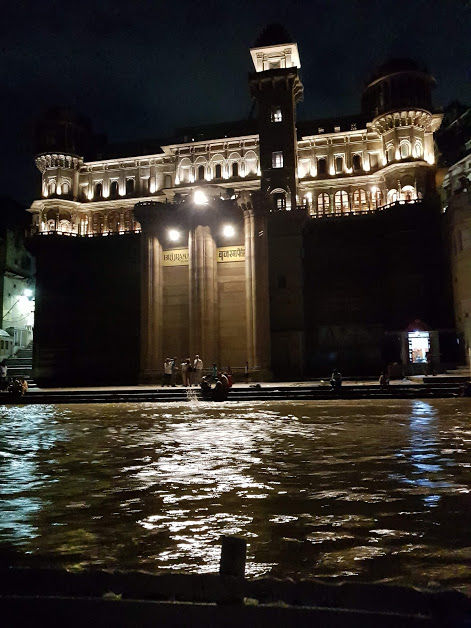 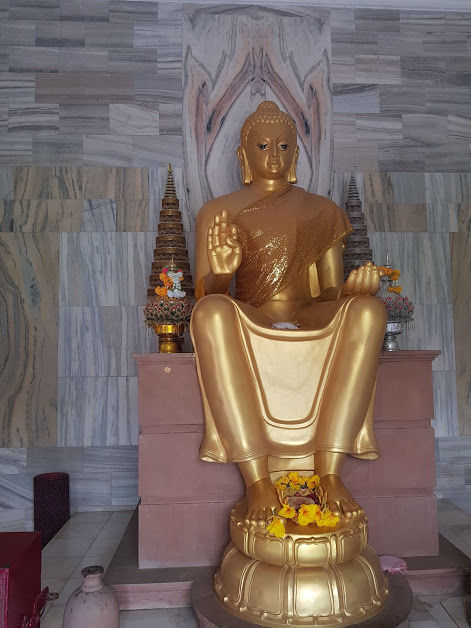 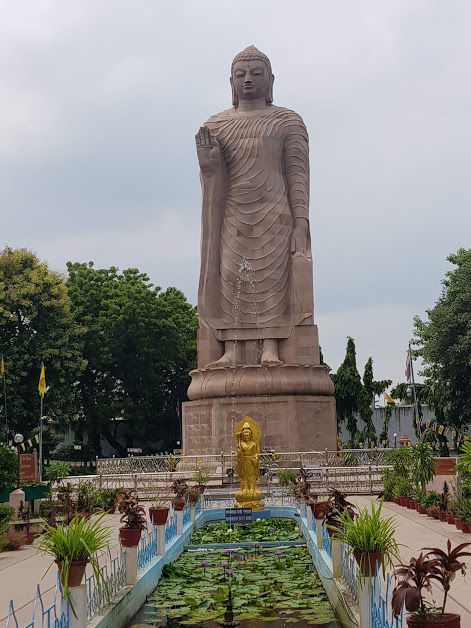 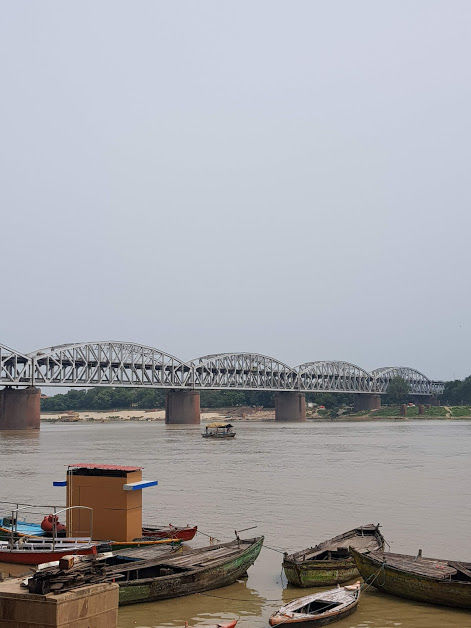 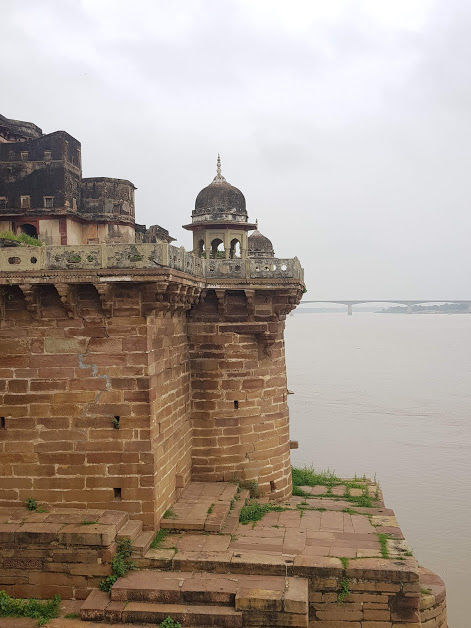 What picture do you get in mind when people talk about Varanasi? The Ganges. This majestic river is the life blood of the city and gives people from all over India a place to wash away their sins. The aghoris, with their vermillion and their myriad pujas, the Kasi Vishwanath temple, one of the holiest temples in Hindu mythology.

But Varanasi or Kasi as called in the olden days is so much more than that. Varanasi is a melange of cultures co-existing in a city as old as India herself. The cacophony of the prayer bells from the various temples and the azaan from the mosques blend together to form a holy melody in this ancient city. Being an ardent fan of history, I decided to visit this city and discover her secrets.

Varanasi has a very simple airport. The city is far away from the airport as like in most places in India. I booked a hotel near the famous Manikarnika Ghat and rested for a little while and headed out in the evening to explore Varanasi’s street food. And it did not disappoint. Varanasi has amazing street food – The Kachori sabzi, Aloo cutlets and Dahi vadas were especially mouth watering.

Day 2- Watching the city wake up

Varanasi is most famous for The Ganges. There are around 88 Ghats in various parts of the city through which one can access this magnificent river. Since it was my first time I wanted to go when it’s preferably not crowded i.e., in the wee hours of the morning. And what a sight it was! Sitting on the edge of the staircase dipping my legs in the Holy Ganges, I watched as people started coming in for their morning dips in the river. The city slowly waking up from her slumber was the perfect way to start the morning. I had the famous aloo parathas for breakfast and headed out to explore the city. I visited the new Kashi Vishwanath Temple. This towering structure has a splendid white Gopuram and is dedicated to Lord Shiva. After this I went to the Sankat Mochan Hanuman Temple. This temple does not allow phones and we have to walk through a forest pathway to reach it. After offering my prayers I tried their famous sweets and came back for lunch. Varanasi has a lot of restaurants offering typical North Indian food and also cafes. However, I would advice eating authentic as the food here is really good. After lunch I headed to my room. Around 6 pm, I came to the Harishchandra Ghat to take a boat ride through all the different Ghats in the city and witness the famous Ganga Aarti. The Aarti is offered twice a day and is a sight to behold. Hundreds of devotees swarm the Ghat to see the famous Aarti. After watching the Aarti, I saw the city glimmering in the night and their lights reflected on the mighty river. After the ride I had dinner and rest

Day 3 – The Buddhist side of Varanasi

Not many people know Varanasi is also famous for Buddhism. Some 10km from the main city lies the famous Sarnath temple. The Sarnath temple is a very holy place for Buddhists since it is said that Lord Buddha gave his first ever sermon at this temple. There is a huge monolith of Buddha at the entrance which leads to the inner sanctum. I recommend getting a guide so that you don’t miss out on all the amazing history this place has to offer. After soaking in the peace of this shrine, I recommend visiting the handicrafts shop as their collections are very aesthetic if you can bargain, you can a pretty good price. After Sarnath, I returned back to my room since it’s a long journey and the roads of Varanasi are really narrow and hence a lot of traffic.

Situated on the other side of the city separated by the Ganges, The Ramnagar Fort is an impressive structure built in 1750 and serves as the official residence of the King of Varanasi. The fort has a museum showcasing the different weapons used by the Kings and the Britishers Pre Independence. The fort is pretty big but not really in good condition. There is a Veda Vyas temple at the back of the fort. It is said a trip to Kasi is nor complete without visiting this temple.

The roads leading to Ramnagar are often blocked by traffic. So one should start early to avoid the peak hours. A trip to Ramnagar is not complete without tasting their famous lassi. The lassi here is served in mud cups which gives it an earthy flavour. The lassi is around 50Rs and totally worth the price. After finishing, I took an auto and returned back to my room.

So after all the other tourist places, it was time to visit the holiest temple in Varanasi. The famous Kashi Vishvanath temple. The whole street is littered with shops selling everything from puja items required to small statues of Shiva, Ganesha and many more. The streets are very narrow and the entrance is covered by police officers. Again, phones are not allowed here. And people of other faiths too. So as a muslim, I had to change my name to Arjun so that I’m granted permission inside the temple. The domes of the temple are covered with gold giving it a nice radiant look while also giving an ancient vibe. There’s another interesting fact of this temple. The Kasi Vishvanath temple shares its walls with that of a mosque built by the mughal emperor Aurangazeb. It is said that he tried to destroy it and rebuild a mosque, the Gyanvapi mosque. So now both the temple and the mosque share a common wall.
The place is intensely crowded and there are many petty thieves in this area and the local offerings to the God may vary from 250-2500Rs. So be careful what you buy.

After offering my prayers, I just stood there for a minute and took the amazing architecture in. And I trudged back amongst the humongous crowd to my room

It was time for me to bid adieu to this ancient ciy. Varanasi is not a very clean city and it has a lot of communal riots. But inspite of all this, the archaic feel of this city captivated me and will always have a piece of my heart.